Hello, everybody! It’s Saori from Manga Republic!
So you guys…… speaking of Soccer Manga, which one would you imagine?

Aaaand hello, everybody. I’m Manga Republic’s Boss.
Well~ I would say it’s Captain Tsubasa. It doesn’t hit me that easy……

Yep! Although soccer is one of the main sports, there are not so many manga that are using soccer as their subjects! (My personal opinion, though.)
So today! We’ll feature THIS Manga! 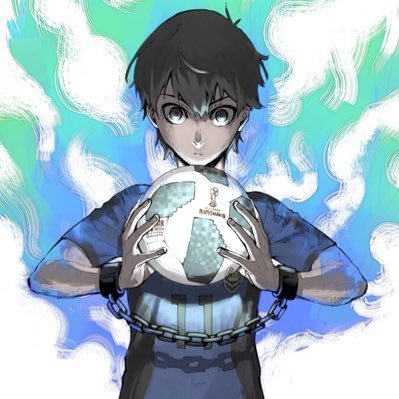 What Is Blue Lock?

The original was created by Kaneshiro Muneyuki, who has also created the suspense horror, “As the Gods Will”, and illustrated by Nomura Yusuke. It’s a super real soccer manga.
It has been serialized since 2018 in WEEKLY SHONEN MAGAZINE and 9 volumes of comics have been released as of today.

Oh yeah? How real is it?

It’s quite serious…… well, I should say…… It’s very nerve-wracking as if we are reading a suspense genre manga or the one whose subject is a death game……!

The story begins with Japan’s elimination from the 2018 FIFA World Cup with a record of best 16.
This result prompts the Japanese Football Union to start thinking about various measures in order to win the next World Cup.

However, the Chairman would never take it seeriously, saying “To us, the soccer is just the business. All we need is to make money from it.” Meanwhile, the rookie staff, Anri, introduces the Chairman a coach, to get rid of such a situation. 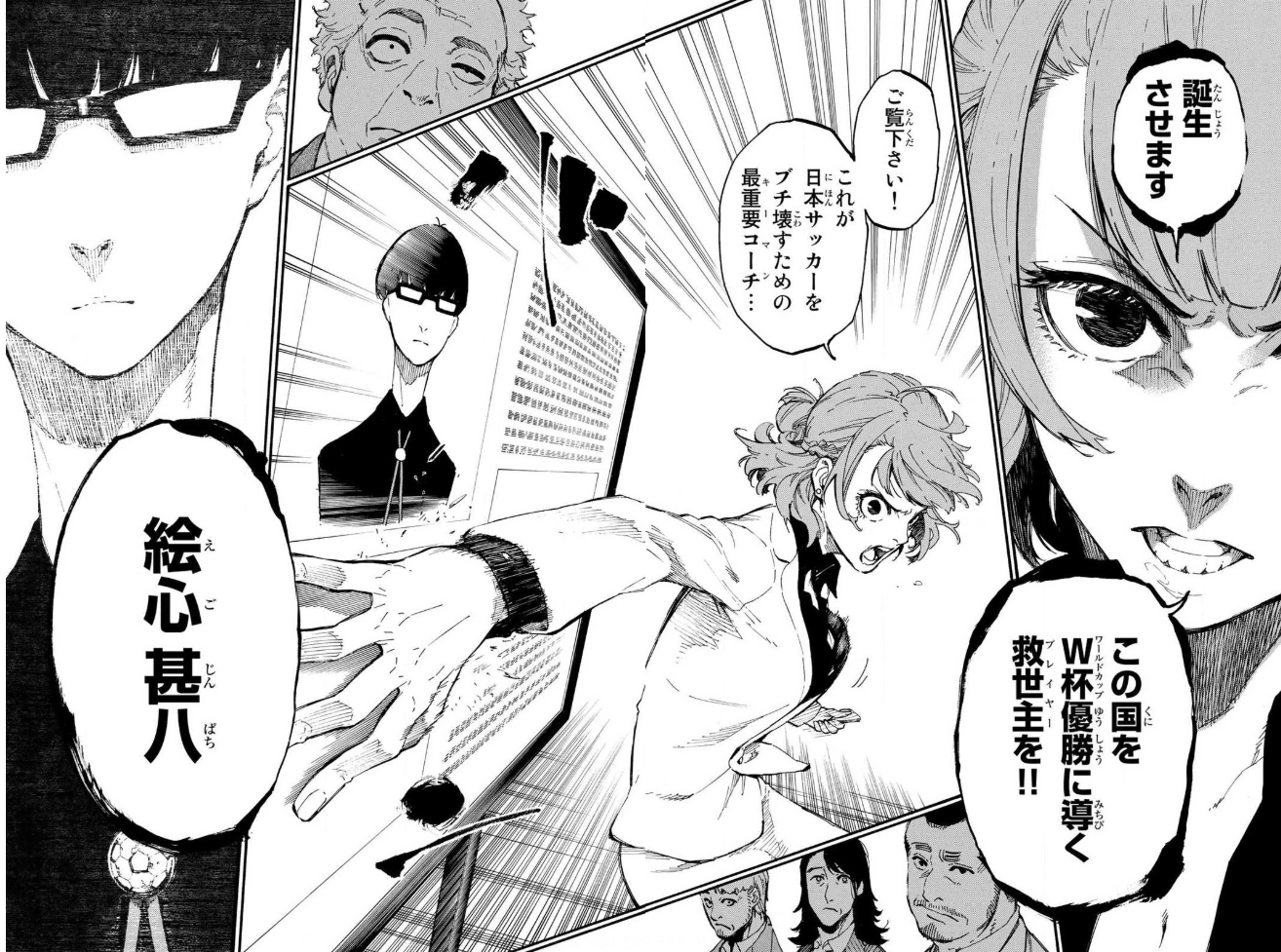 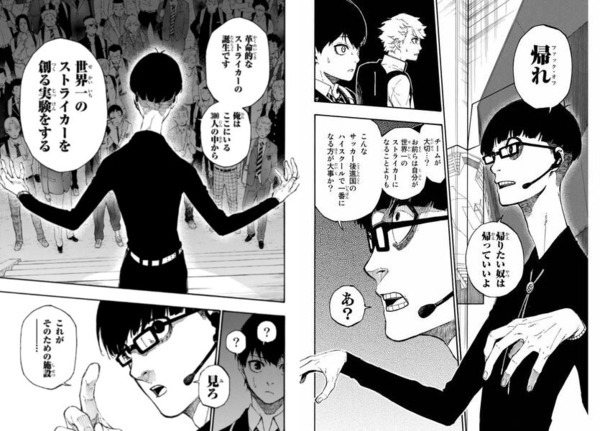 They are introduced a radical new training regimen: isolate 300 young strikers in a prison-like institution called “Blue Lock” and put them through rigorous training. They are to take tryouts until “the final one is selected”. 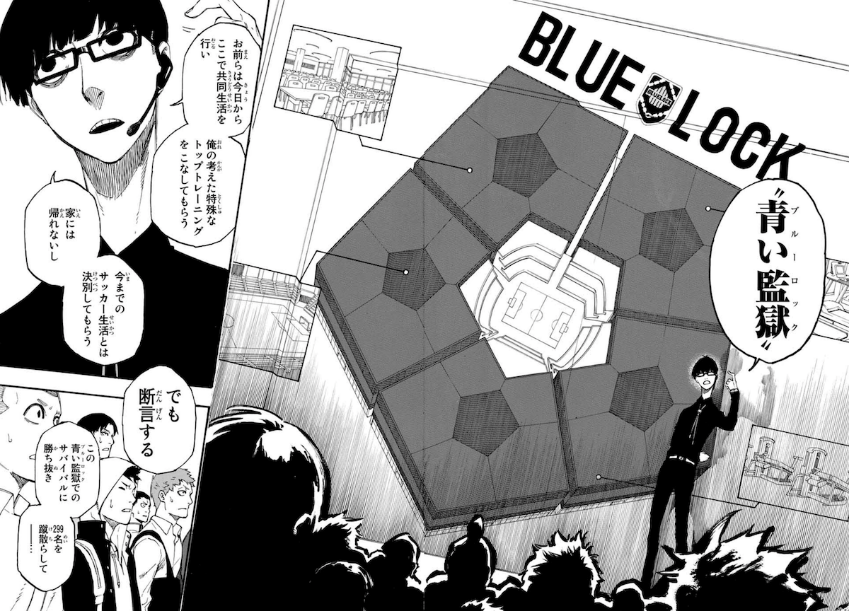 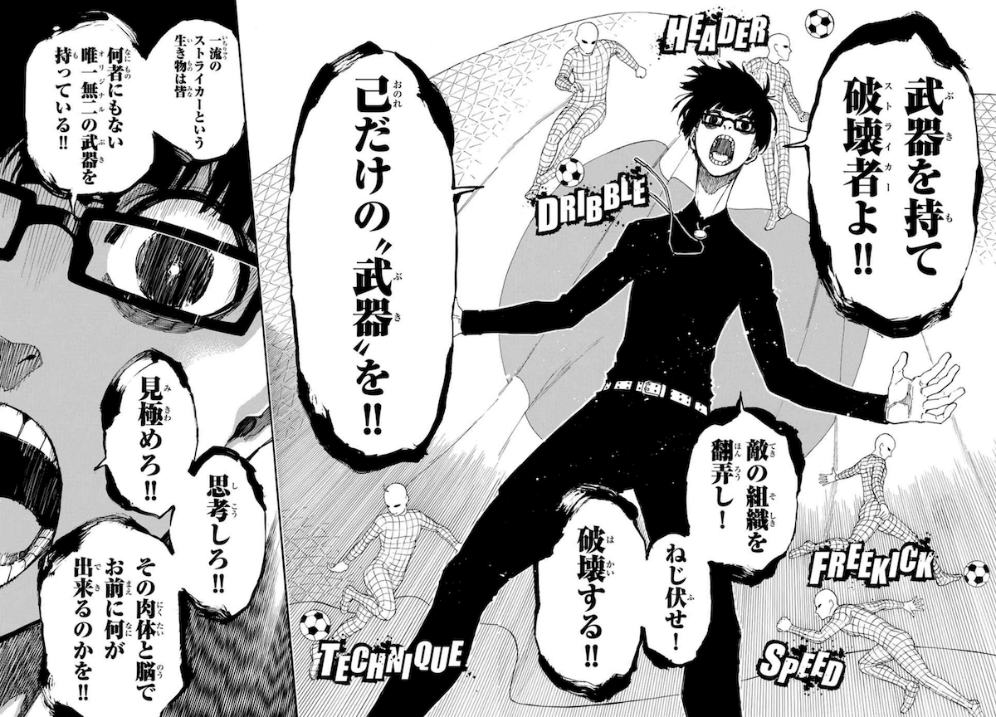 “Get your weapon,【strikers】!! Lead the enemy’s team around by the nose, beat them and destroy them!! Get your own weapon!!”
“The weapon that the first-rate striker would have is the one and only!!”
If you win out, you’re promised to have glory. If you don’t, your soccer life ends there. Knowing that, all 300 players decide to join the prison-like training at “Blue Lock”.

To become the greatest “striker”. 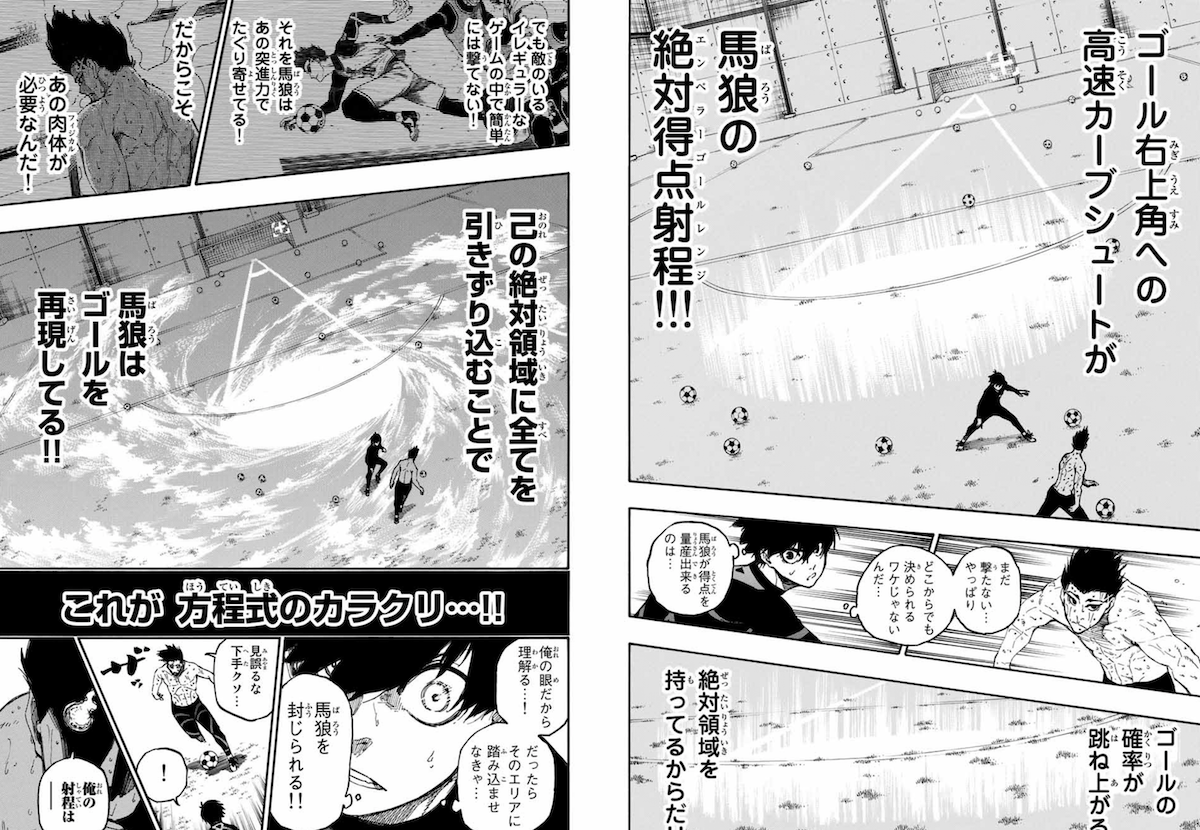 Yeah, you’re right. Nobody dies but it’s just like the ‘death game’.

Yep. And one of the high-rated comments about this manga says that this Ego’s tryouts and trainings are very clinical and we can learn so many things from them!

“The weapons you guys have should be all different. So the way you polish yours should be different as well. Yours would never get shiny even if you mimic Messi.”

Ego doesn’t want to train his ideal striker but wants to train the one who has his originality that is the one and only.
Through such tough trainings, the candidates will gradually learn ‘what’s special about me, what part of me can beat others’……! 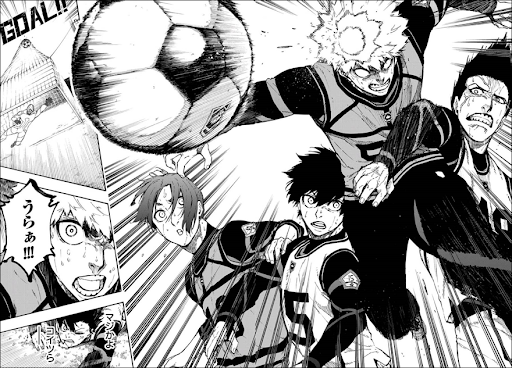 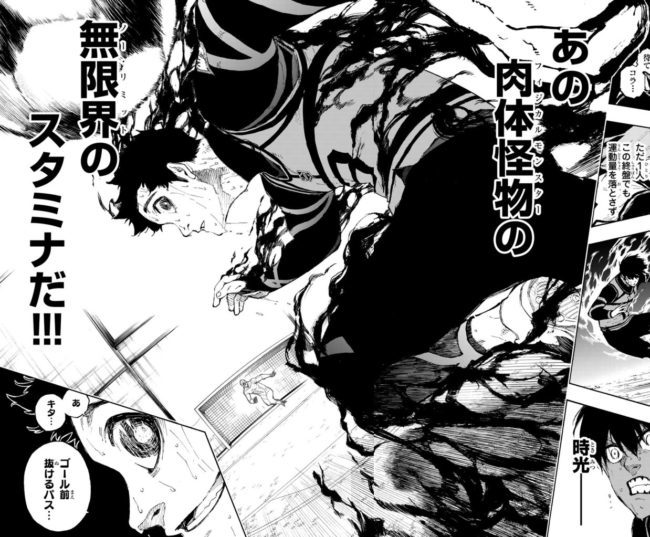 “Here is the thing. 【Awakening】is the moment when you learn yourself.” 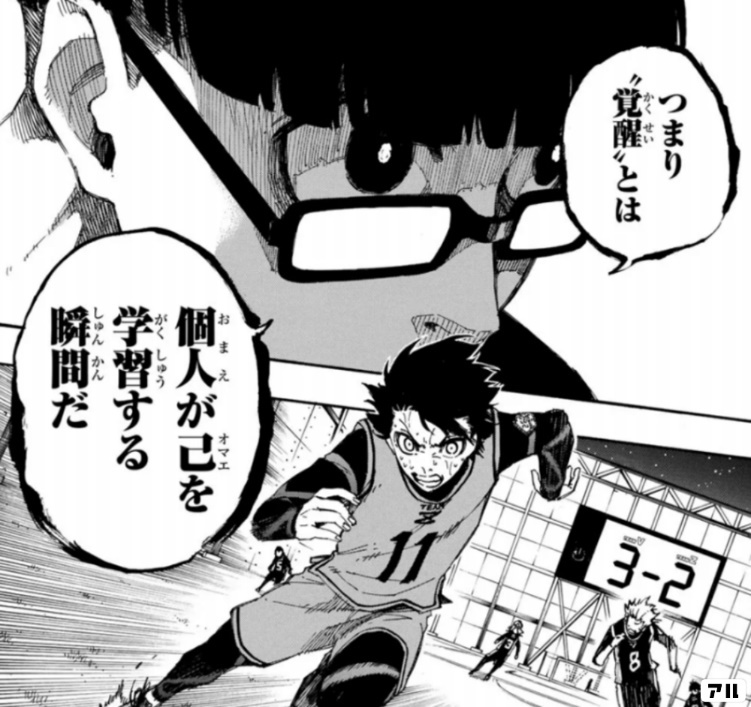 This soccer manga is nothing like other ones in terms of their commitment! Try to find your own weapon, train yourself and keep struggling until you are selected! Why don’t you check out Blue Lock and see how hard the boys will try??
A Set from Vol.1 to the Latest Vol.9 Is Available Too! Check HERE for Blue Lock! 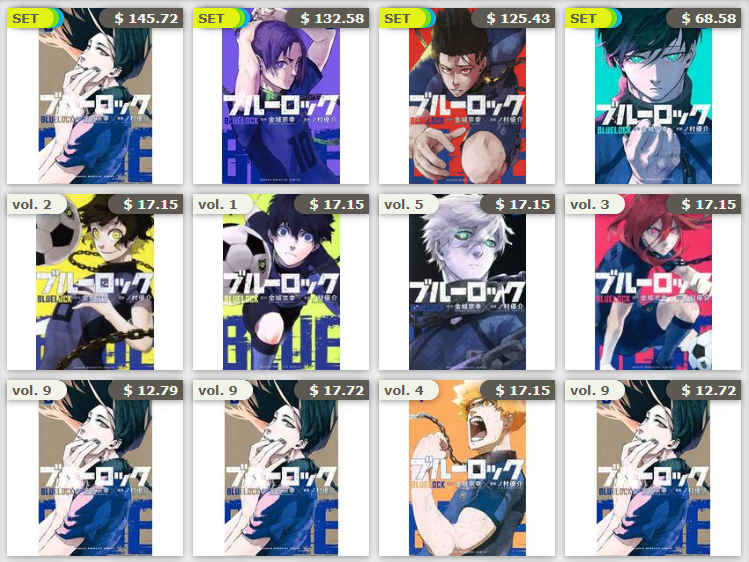 Already! We’ll see you all at the next article! Bye-bye~!!
Captain Tsubasa, Blue Lock