The story of Shin Tennis no Ouji-sama 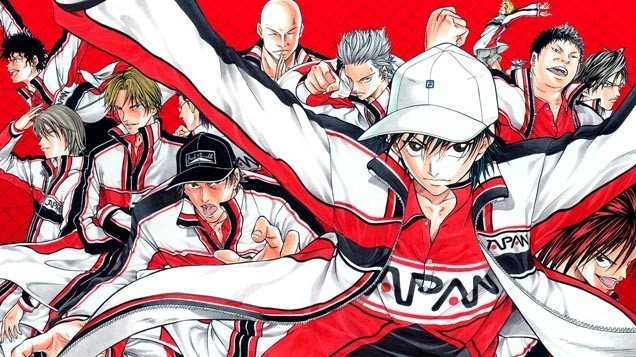 The Return of the Prince

The New Prince of Tennis picked up after the end of Nationals in the original Prince of Tennis and the main protagonist Ryoma Echizen was now in the United States. Ryoma was waiting in the platform while suddenly realized that he was about to miss his train to the airport. 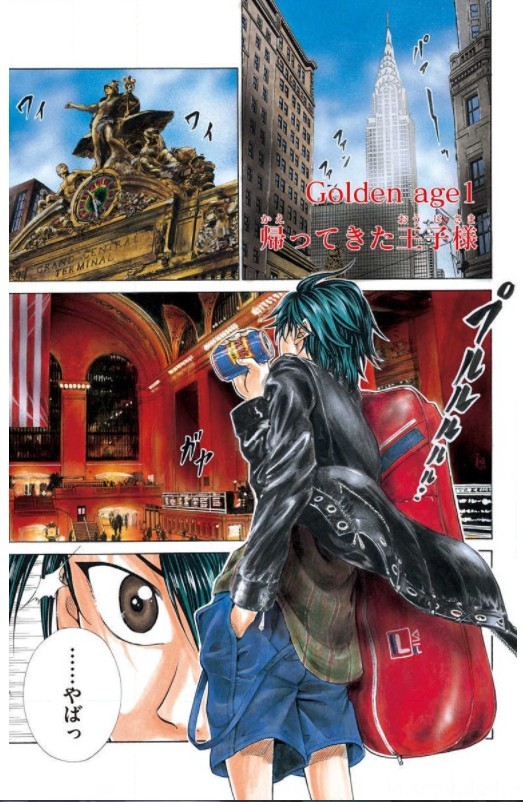 As the door gradually closed, Ryoma calmly took out his tennis racket and served an amazingly fast ball. His stroke was so quick that it bounced up the floor and smacked the whistle away from the conductor’s hand. 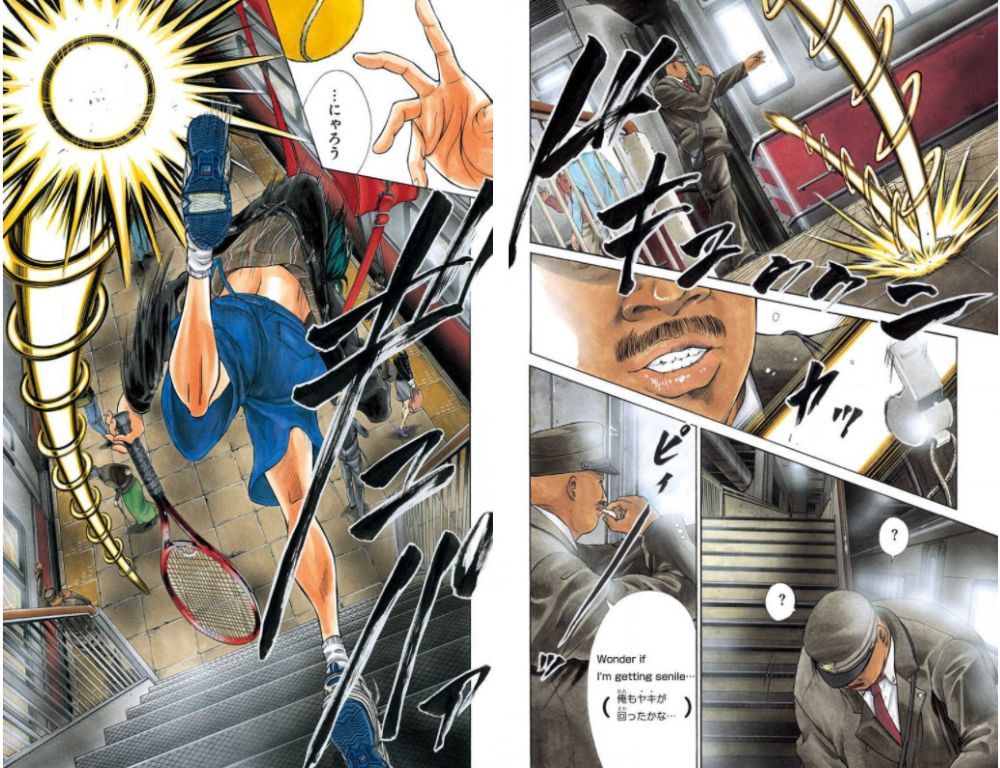 The conductor didn’t even know what was going on and thought he had accidently dropped the whistle. The conductor bent down to pick up his whistle, thus giving Ryoma plenty of time to run. Ryoma threw his racket with such accuracy that it jammed right in between the closing doors. He took the chance to slide inside the train, with a confident and playful smirk. 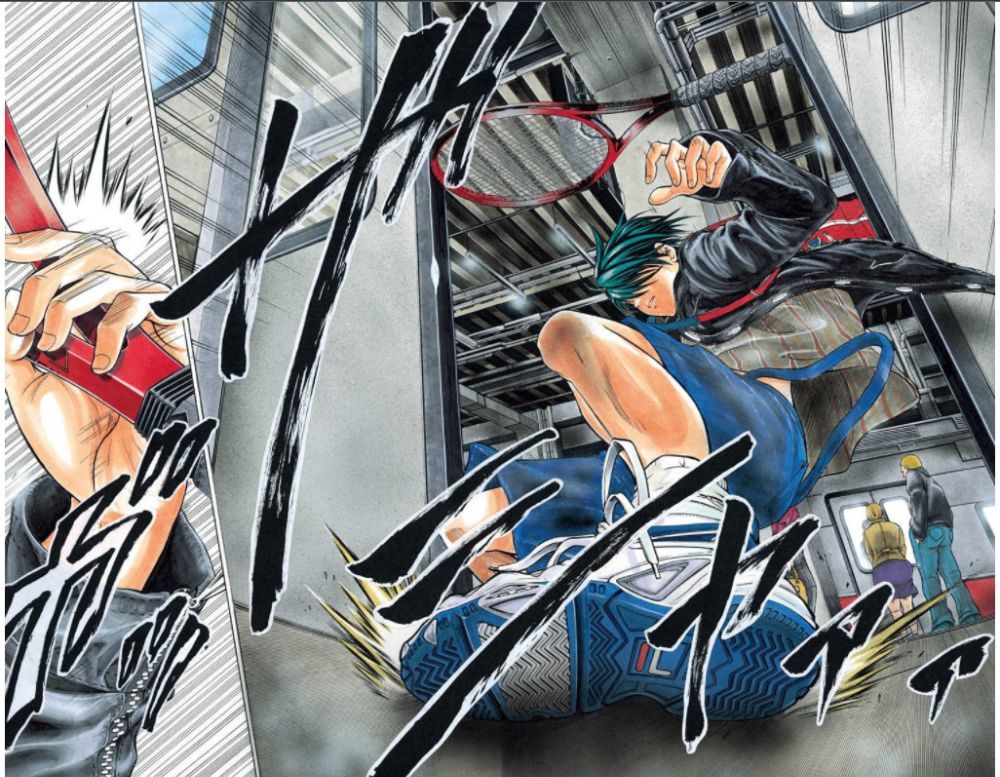 Everyone watched in awe and busted out in excitement before the scene. “Guess I caused too much of a spectacle......”, Ryoma signed. 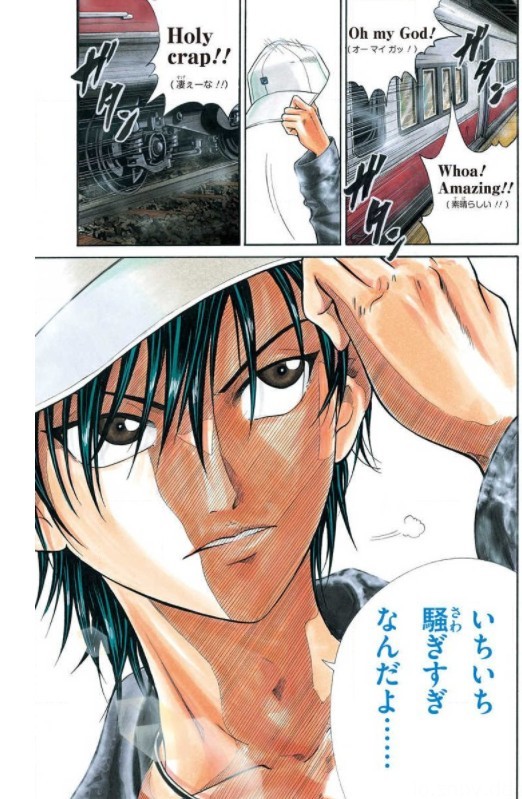 With a few seconds to breath, Ryoma finally revealed a special letter that he was holding. It was an invitation to join the U-17 camp back in Japan. U-17 (i.e. under 17) training camp was a selection camp only for the elitist of Japanese tennis world. Before the event of The New Prince of Tennis, only high schoolers were eligible. However, since the level of middle school tennis players has skyrocketed, some of them also received invitations this year.
The players training in U-17 camp expressed doubt and concern towards the news of middle schoolers joining. They wouldn’t want to spare time to babysit them. 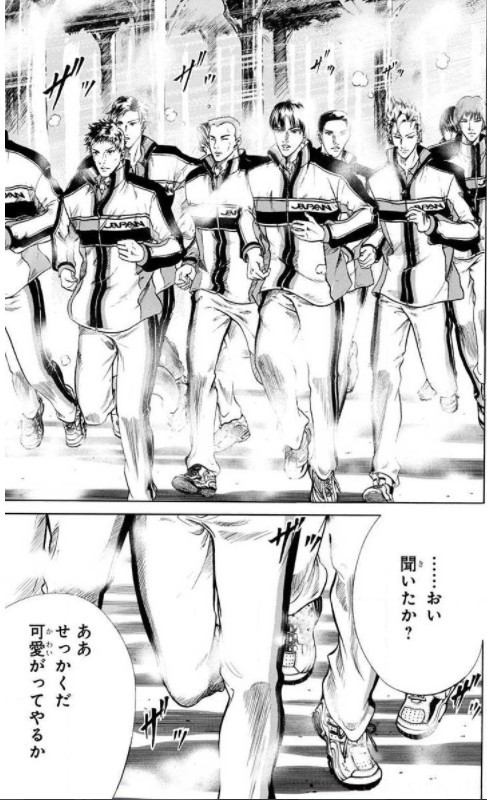 Despite all that, Ryoma and 50 other middle schoolers began their new journey in U-17 camp. Making their way into the entrance were familiar characters of the original series, as well as new faces. 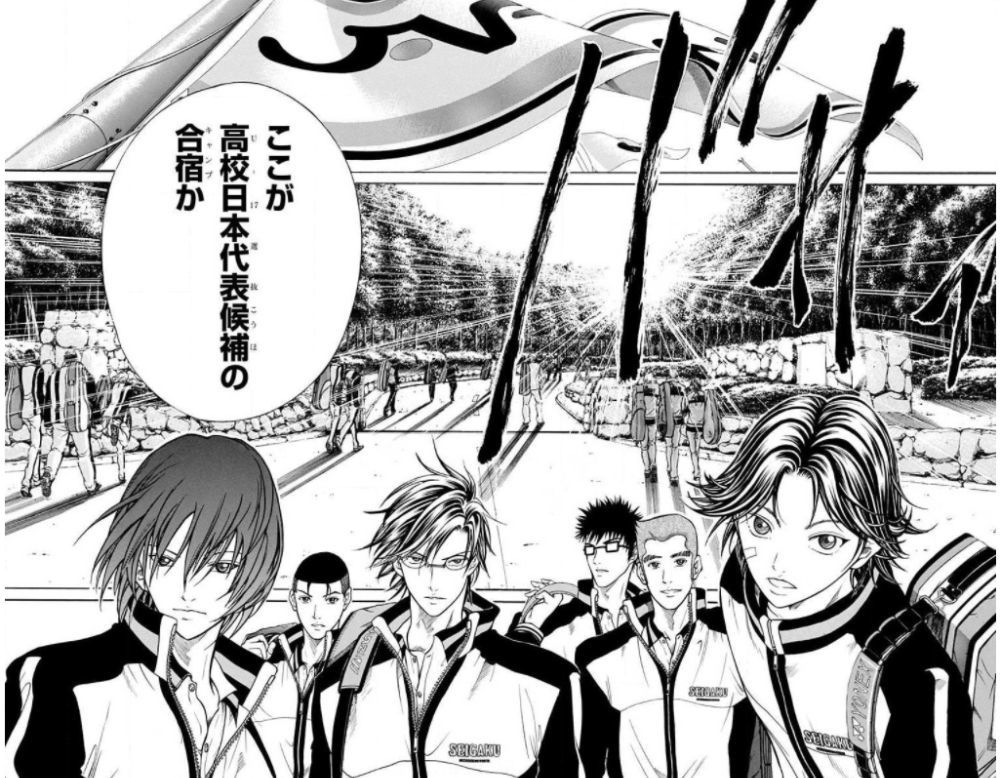 Members of tennis clubs from Seishun Gakuen, Shitenhouji, Hyoutei Gakuen, Rikkai Fuzoku stepped into the scene one by one. The tension rose high as the middle schoolers had to worry about the deadly competitive upper classmen, alongside same-year competitors. 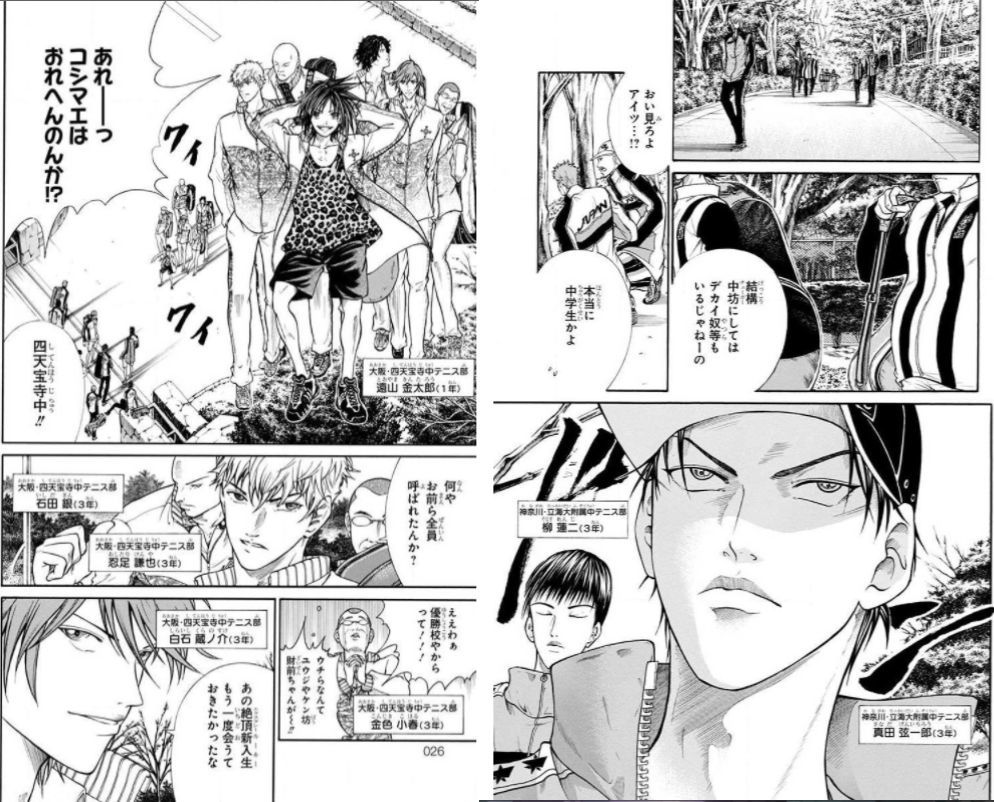 Witnessing the confidence of the middle school players, two high school candidates decided to put them to the test. They put a tin can on the ground and challenged all middle school candidates to knock the can down in order to pass through. The moment they finished talking, the can immediately got knocked down by two middle schoolers.
Following their shots, others quickly took turn serving their balls, each in their own unique styles. 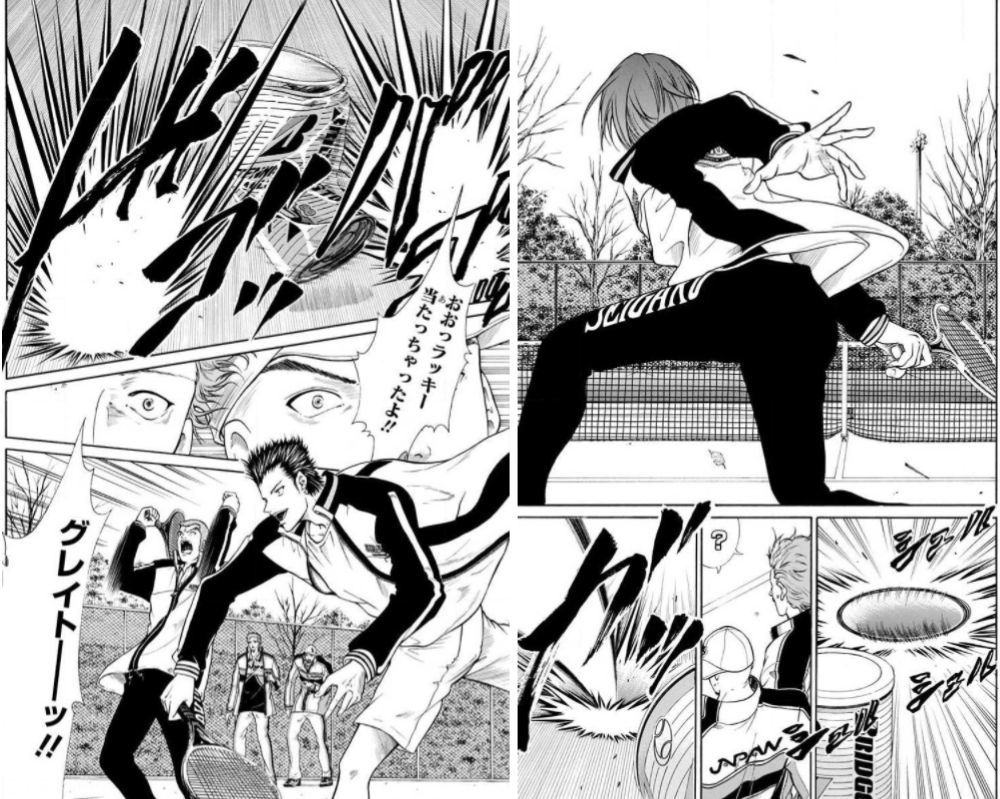 The pair of high schoolers were left dumbfounded before the middle school players’ true strength. “You guys have already entered into the cage”, they warned, “where the wild beast live!”
Entering the training ground, everyone was amazed at all the high-tech equipment laid out in front of them. Before they could start, the strategic coach Kurobe Yukio appeared and gave them their first elimination challenge. 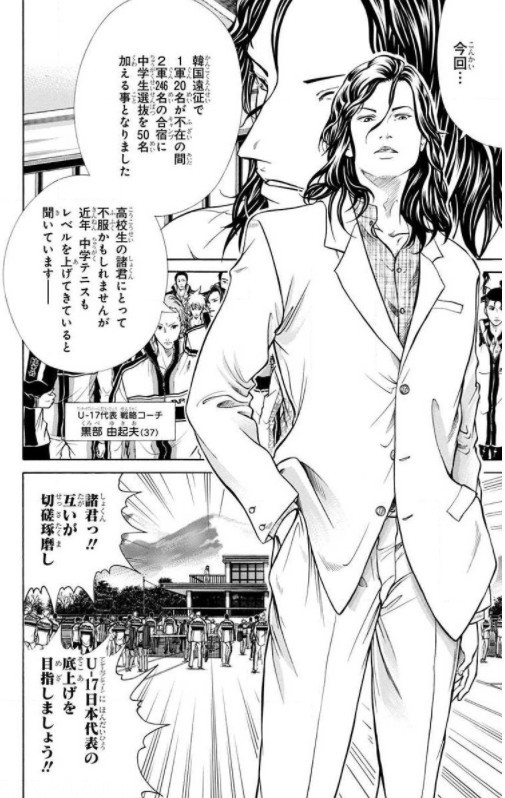 A helicopter flew by and dropped 250 balls down. Out of 300 invited candidates of this year, those who couldn’t obtain one ball shall return home immediately. Everyone went into a frenzy, trying to catch a ball for themselves. 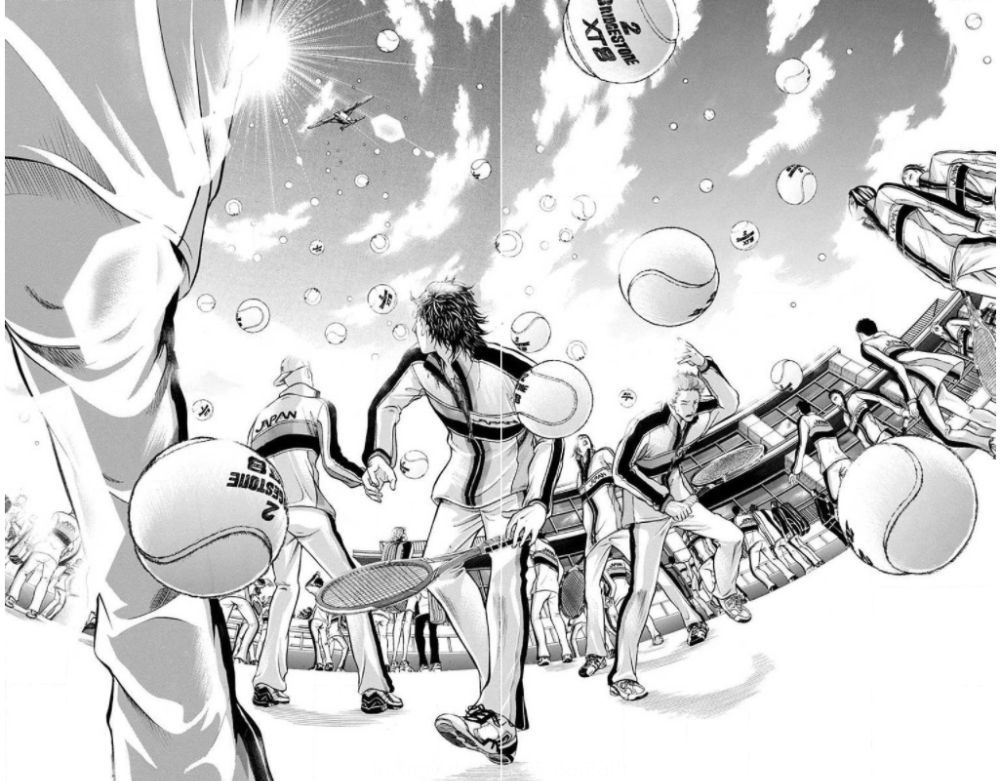 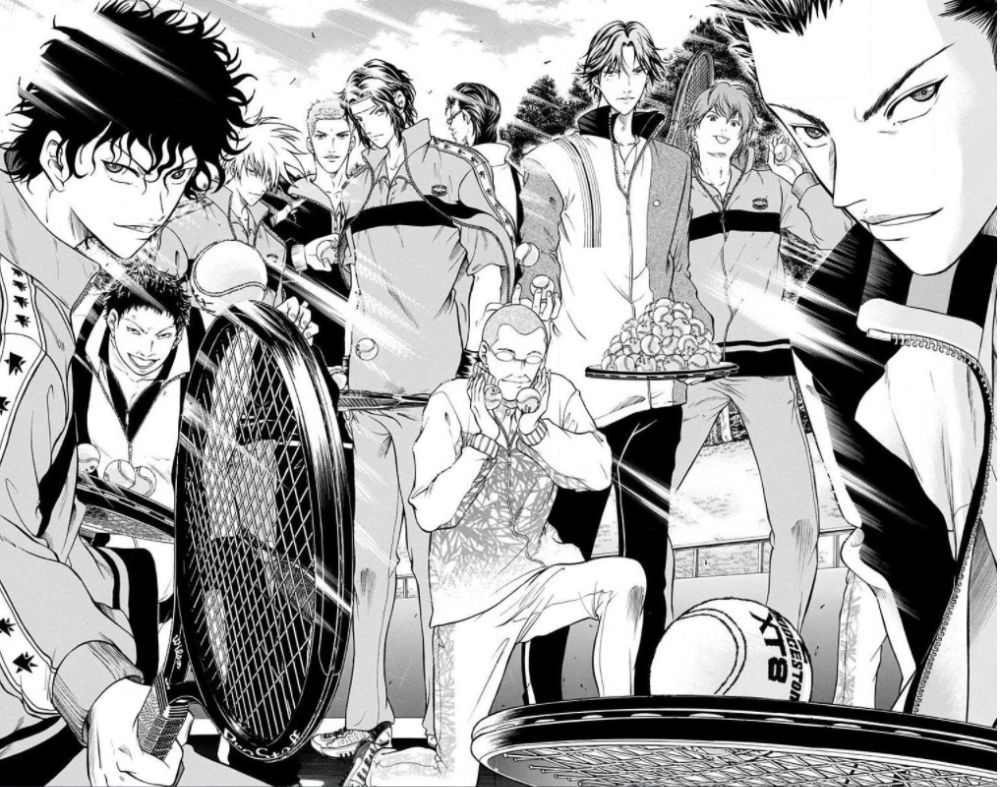 A few moments passed and only one ball was left on the ground. Everyone noticed and ran towards the ball for their last chance when a familiar tennis racket swinged down. The racket caught the ball and casted it up high. The one who caught the last ball was none other than Ryoma. The prince of tennis has made his long-awaited entrance. 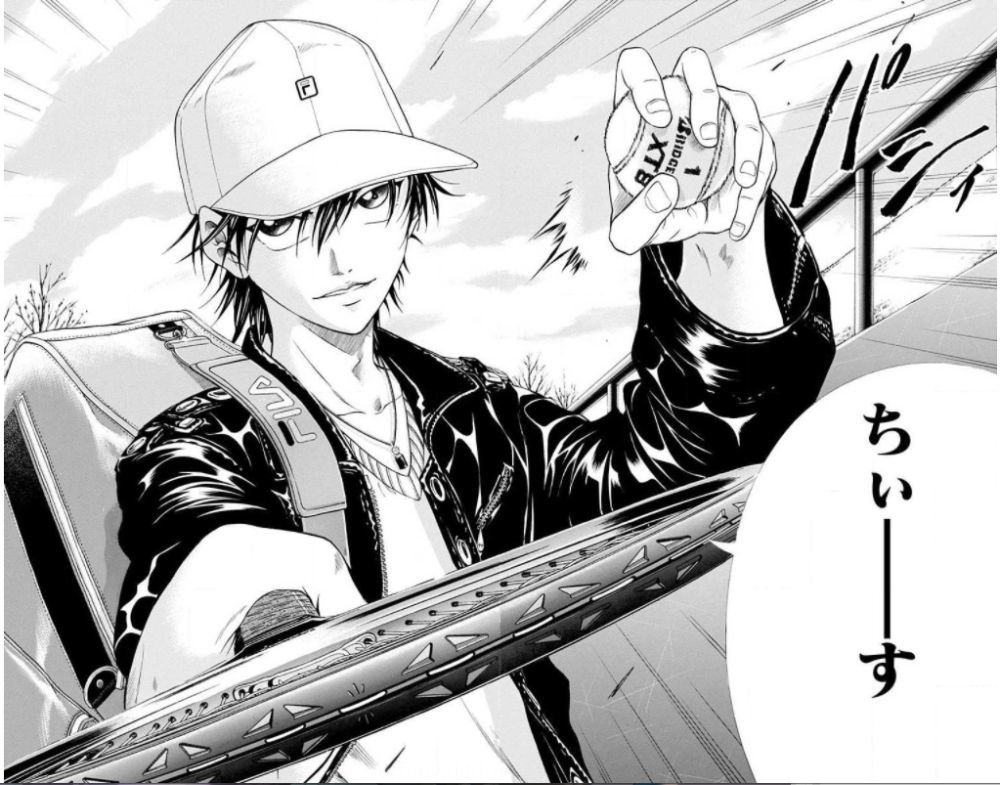