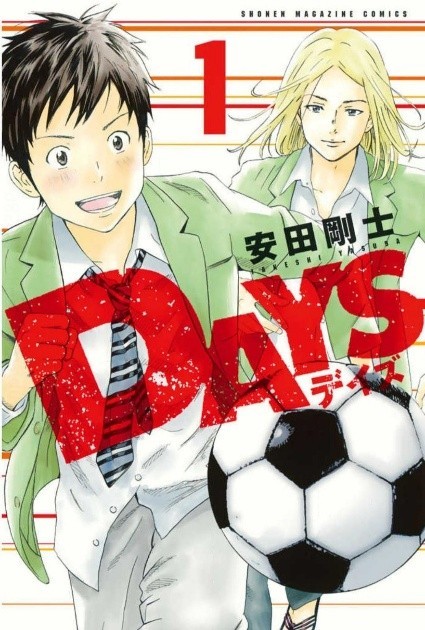 DAYS is a Japanese Sports manga series written and illustrated by Tsuyoshi Yasuda.
The manga series was serialized in Kodansha’s Weekly Shounen Magazine from April 2013 to January 2021. It’s chapters are compiled and collected into 42 separate volumes. In 2020, the manga had over 10 million copies in circulation. The series was nominated in the 39th, and won the 40th Kodansha Manga Award in Shounen category.
An anime television series adapted by MAPPA Studio was released in 2016, consisting of 24 episodes.
Days
▸

Tsukushi Sukamoto, the protagonist of the story, is extremely happy that he got accepted to Seiseki High School. But the main reason for his happiness is that now he can go to the same high school as his childhood friend, Sayuri, who he has feelings for. 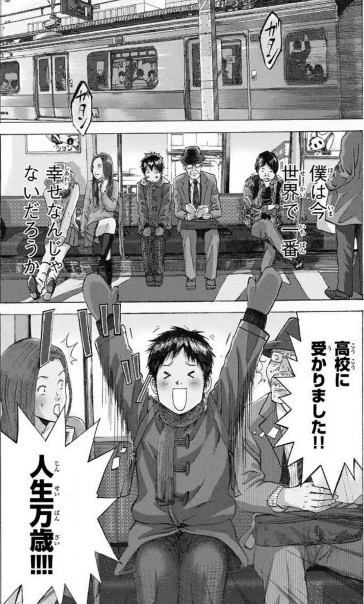 He enters the shop where Sayuri works, to give her the good news. She looks extremely pleased and even tells Tsukushi that they can walk to school together like they used to in their childhood, which makes him blush. 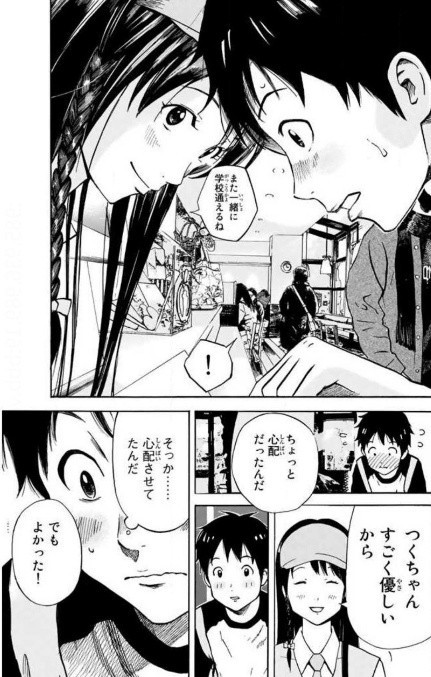 Two boys who used to bully Tsukushi in school show up and start messing with him. They kick him to the floor and take his mobile phone. He asks them to give back his phone, as he has Sayuri’s contact in it, and when they don’t comply, he snatches it off them, making them angry. One of the bullies throw a punch at him but is stopped by a young man who shows up and knocks him out with his nun chucks. 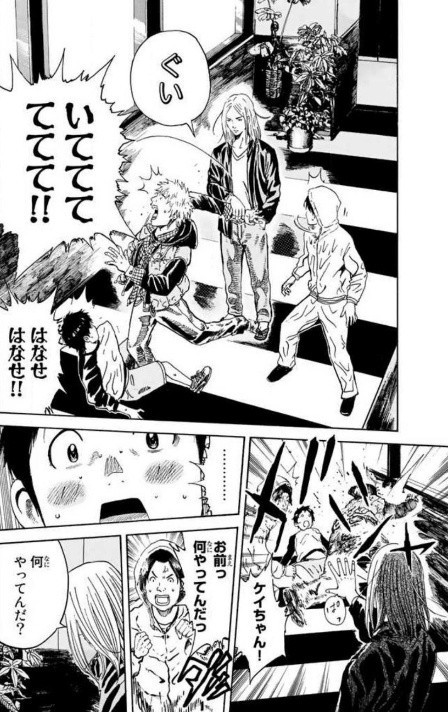 The three of them sit down. The young man introduces himself as Kazama Jin.
Out of the blue, Jin asks Tsukushi weather he plays football and then tells them both to follow him. 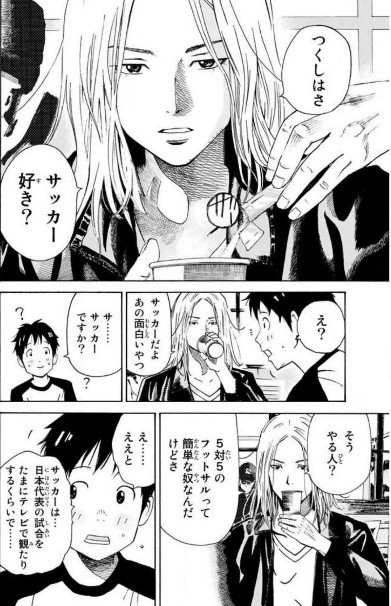 Jin has a football match tonight but is a man short, so he is out looking for a member to fill in. But when he can’t manage to find anyone, Tsukushi volunteers to play as thanks for his help. Jin is really happy and calls him a friend, which brings Tsukushi to tears, as nobody ever made him friends except Sayuri. 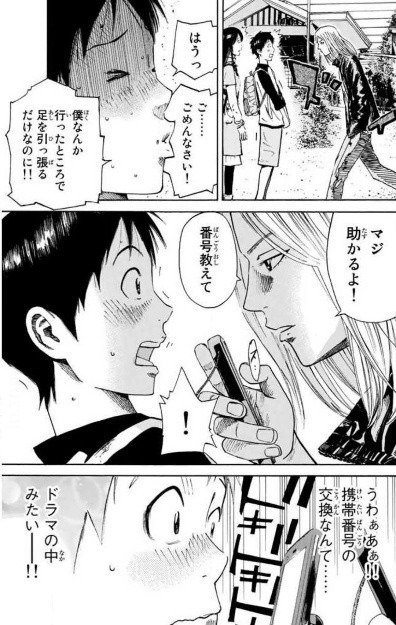 Later that night, he heads out in excitement, but things get messy when the two bullies from earlier stop and thrash him. Tsukushi tells them that he has somewhere important to be, but they are not done with him. 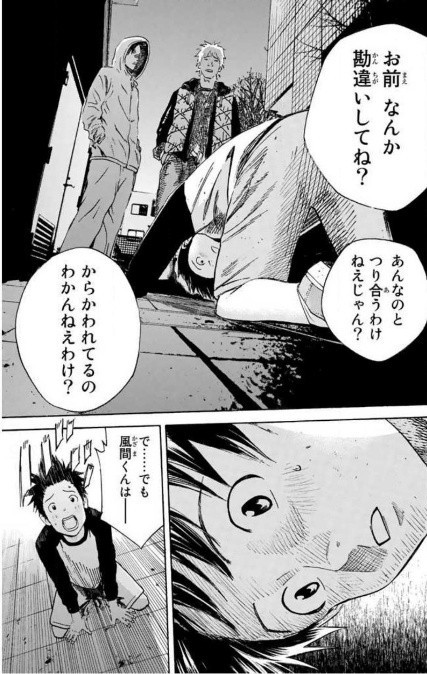 It starts raining, as Sayuri and Jin are worried for Tsukushi. Tsukushi finally arrives just in time for the match. He explains that since the trains stopped due to the rain, he had to run 10 miles to get here. Hearing this, Jin gets mad at him for putting his life in danger and thanks him at the same time for keeping his promise.
The three of them then head to the soccer game. 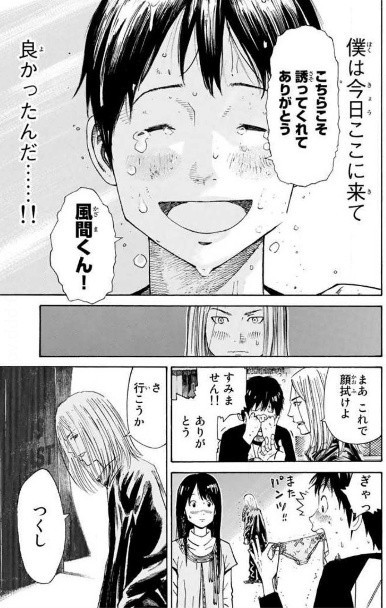 Is this the beginning of an amazing journey? How will the soccer match turn out?
Days
▸
Days, Yasuda Tsuyoshi