What is “Soul Eater”? 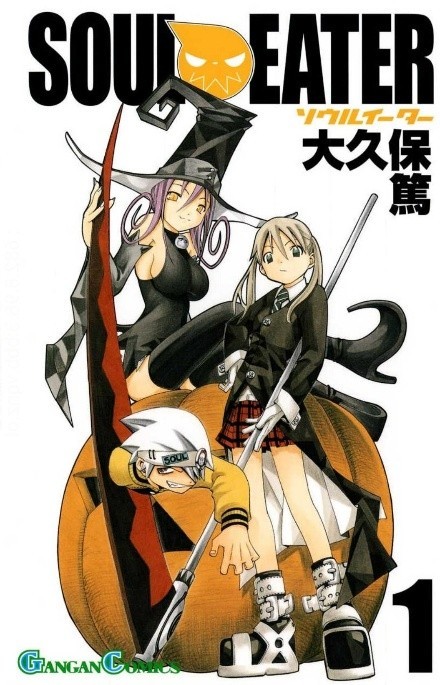 Soul Eater is a Japanese manga series written and illustrated by Atsushi Okubo.
The manga series was serialized in Square Enix’s Monthly Shounen Gangan from May 2004 to August 2013. It’s 113 chapters are compiled and collected into 25 separate volumes. As of July 2019,the series had over 19.6 million copies in circulation around the world. Both the Manga and the Anime were very well received.
An anime television series adapted by Bones Studio was released in 2008, consisting of 51 episodes.
Soul Eater
▸

The story begins with Maka Albarn, a Scythe technician , fighting a bloodthirsty killer named Jack the Ripper. The Scythe she is holding turns Into a humanoid, confirming that even though Jack looks inhuman, he is a human and Jack’s soul will be his 99th. 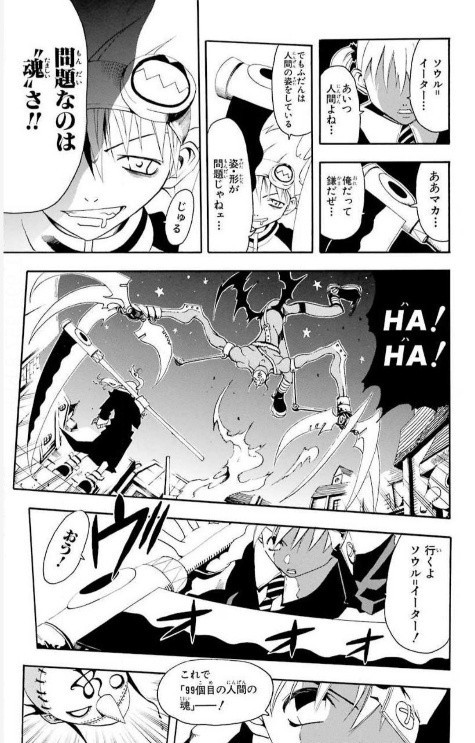 With the Scythe in her hand, Maka easily kills Jack, exposing his soul. The Scythe, Soul Eater, again takes on a human form and eats the soul, thanking his technician. 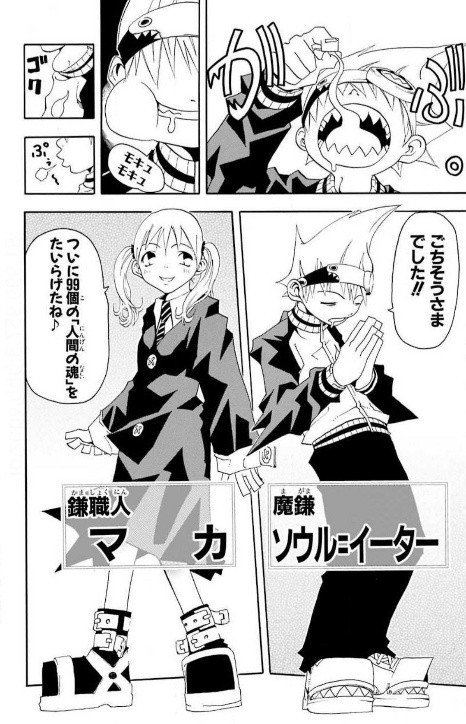 Maka states that now that they have 99 human souls, all that’s left is to eat a witches soul, then Soul Eater can become a Death Scythe.
She looks around for a mirror to contact Shinigami Sama, and report him about the mission. 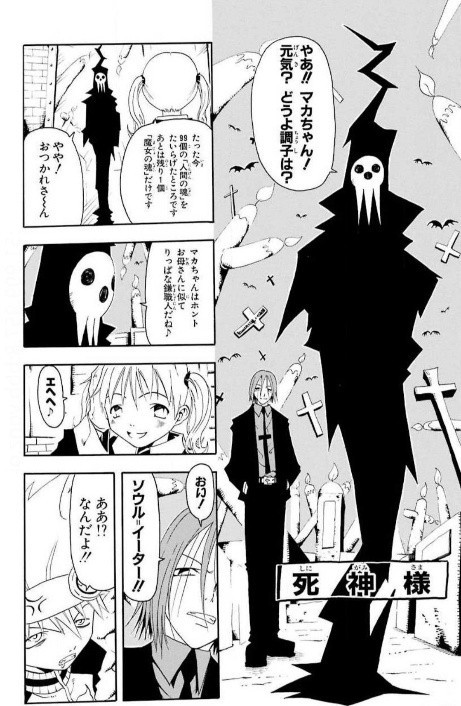 Shinigami-Sama compliments Maka for her 99th soul, which makes her blush. The moment is interrupted when Shinigami-Sama’s Death Scythe, Spirit, tells Soul to keep away from Maka, else he will kill him. Soul mocks Spirit back by saying that why would anyone want a girl with practically no breasts, insulting Maka in the process. Spirit, who is revealed to be Maka’s father tells her that he loves her, but Maka tells him that she doesn’t see him as her father, hurting Spirit’s feelings. 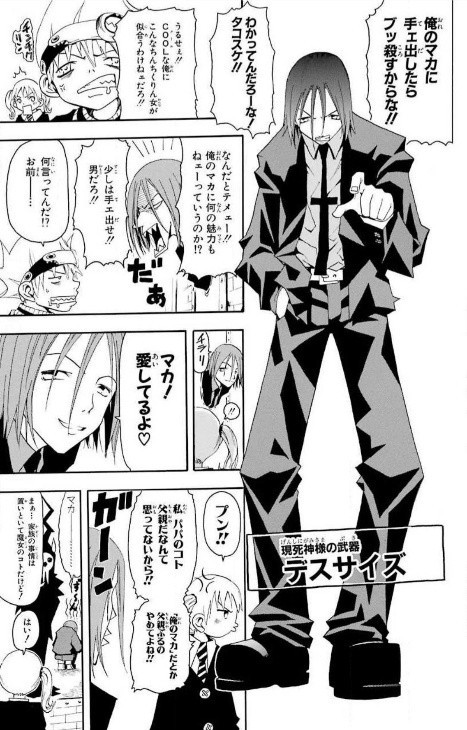 Shinigami-Sama tells him to put the family drama aside and warns Maka to be very careful while fighting the witch, as many technicians have lost their lives fighting witches. Call ends and Maka heads out to find a witch. 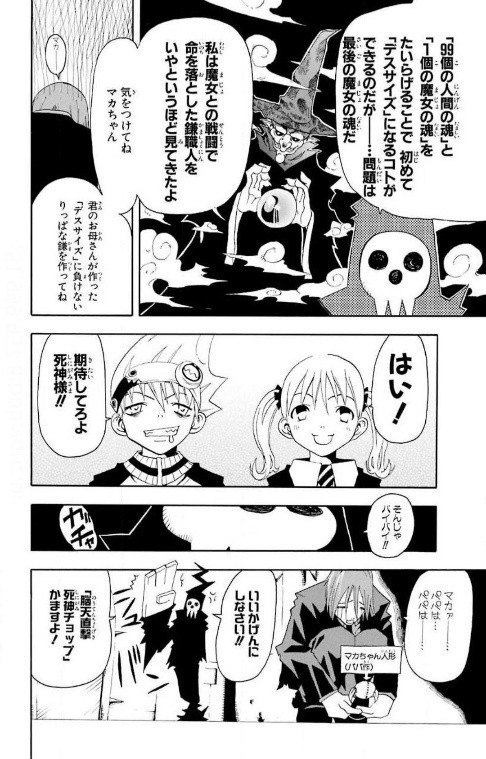 A very beautiful witch is seen taking a bath in a house that looks like a pumpkin, as Maka and Soul arrive outside. Soul says that since this is his final soul, he is going to fight the witch, Blair, head on. Maka objects to this, but Soul ignores her and jumps straight through the window and lands in her bathtub. 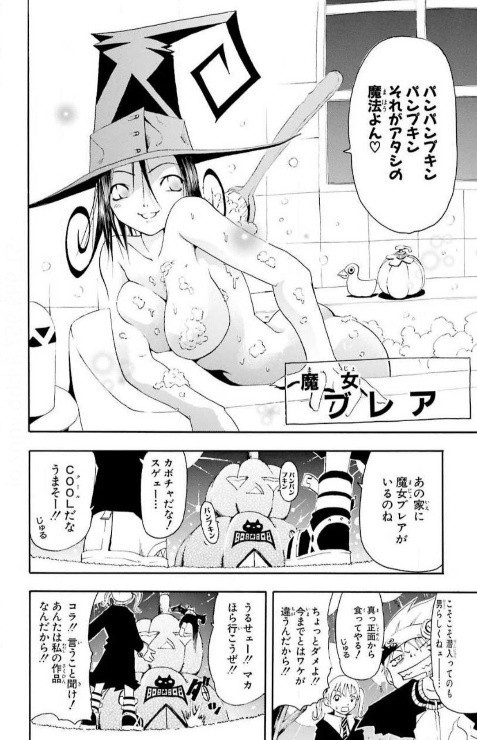 Soul sees her naked body and tries not to freak out by saying that since he is a very popular guy, he has seen many naked women, but Blair points out that his nose is bleeding. Maka enters, kicking Soul in the head and telling Blair that they are here for her soul.
The battle begins but is short lived as Blair proves to be too powerful and casts the Halloween Cannon spell to blast them both through the roof. 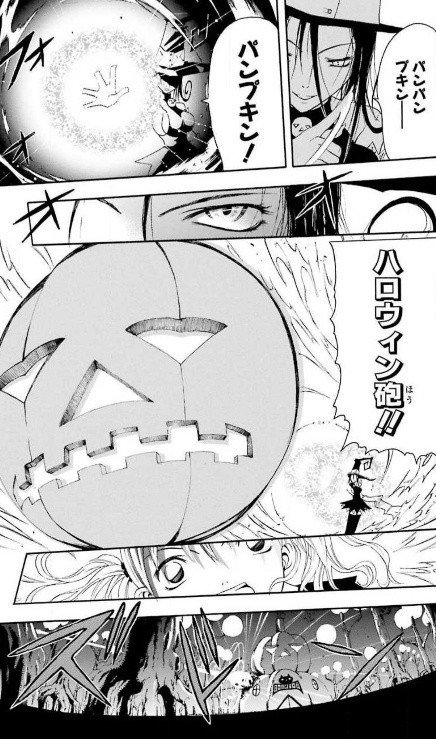 The battle doesn’t end as they keep on returning day after day, but Blair keeps defeating them everytime. Finally in their fourth battle, Soul gets seduced by Blair’s sex appeal and ditches Maka to side with her. 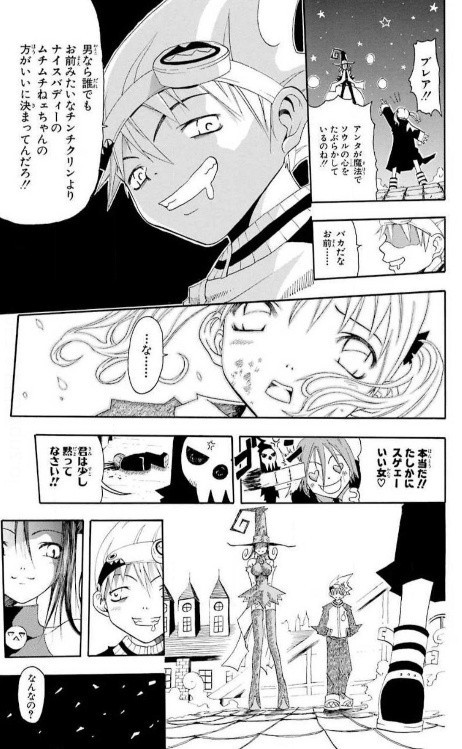 Maka is really hurt by this, and questions him by saying that why do men always mess around with her, while tears come out of her eyes. Soul replies by saying that he doesn’t know as he is too cool for that, his hand turns into a Scythe, slashing Blair in half. 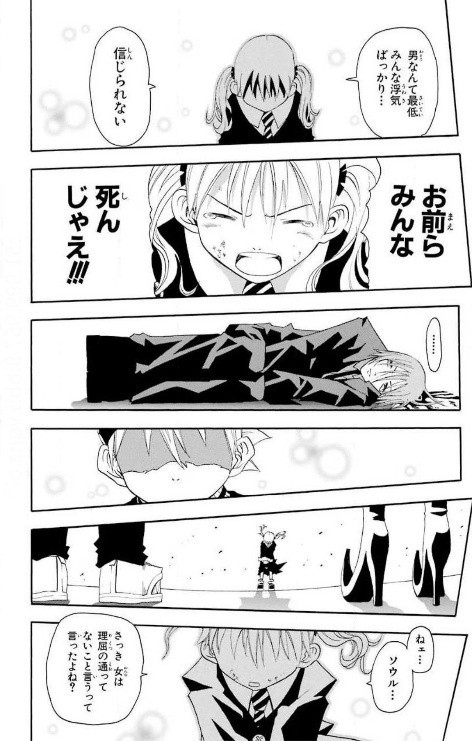 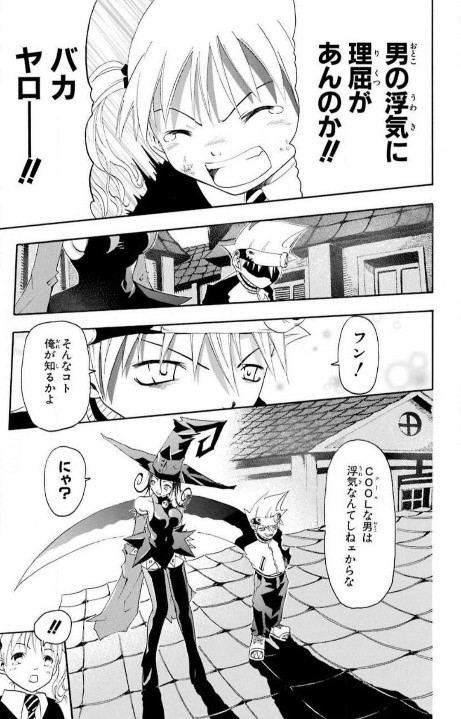 As soon as Soul Eater eats Blair’s soul, he feels a surge of power but it disappears. That is when Blair reveals herself as a cat and tells them that they mistook her for a witch.
Maka and Soul are extremely shocked as now that they have eaten a wrong soul, they are going to have to start all over again. 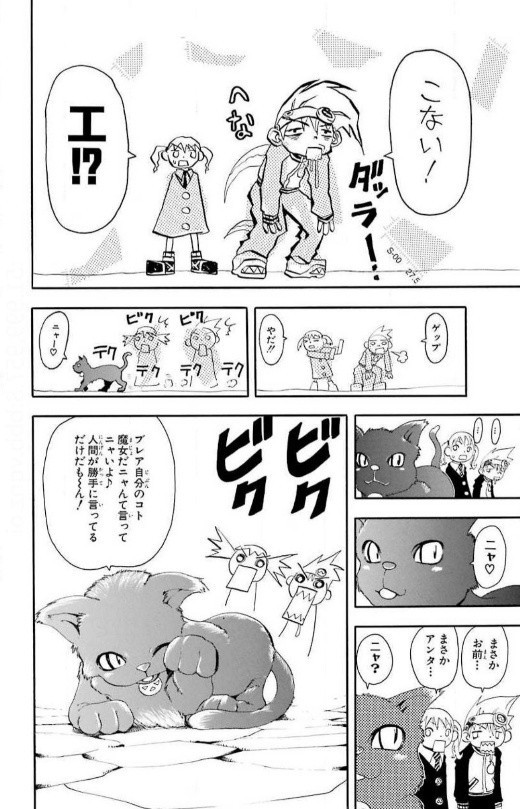 The chapter ends with Maka and Soul escaping on their motorcycle as Blair follows them. 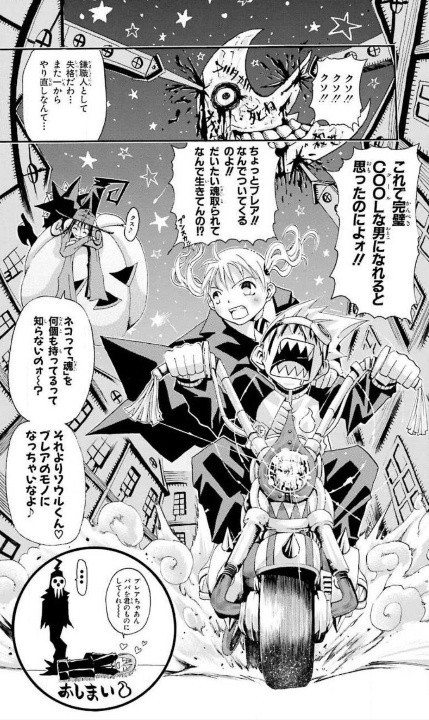 What new adventures await our dynamic duo now that they have to start again from zero?
Soul Eater
▸
Soul Eater, Ohkubo Atsushi