What is “My Love Story”? 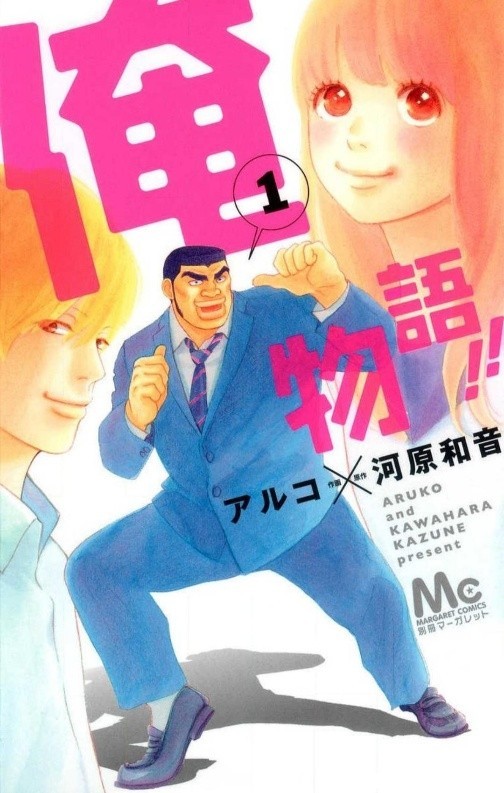 My Love Story also known as Ore Monogatari is a Japanese Romantic Comedy manga series written by Kazune Kawahara and illustrated by Aruko.
The manga series was serialized in Shueisha’s Bessatsu Margaret magazine from October 2011 to July 2016. Both the manga and the anime were very well received. This series has won many awards and nominations, including the 2013 37th Kodansha Manga Award for Best Shoujo manga and the 67th Shogakukan Manga Award in the Shoujo category.
An anime television series adapted by Madhouse was released in 2015, consisting of 24 episodes.
My Love Story!! (Ore Monogatari!!)
▸

Takeo and Suna have been best friends since childhood, with Takeo being the Strong gentle type and Suna the silent Handsome type.
After his Middle School graduation ceremony, Takeo decides to confess to a the girl he loves but when he finds her, she is already confessing to Suna. Suna rejects her right away, leaving both the girl and Takeo in utter shock.

They both head to the train station. Suna quietly gets up from his seat, leaving space for a woman caring her child. Takeo tries to do the same for an old man, but it doesn’t work.
Suna points out to Takeo that a girl is being molested by a man, upon which Takeo catches the man and forces him out of the train. The girl being molested looks at Takeo with relief. 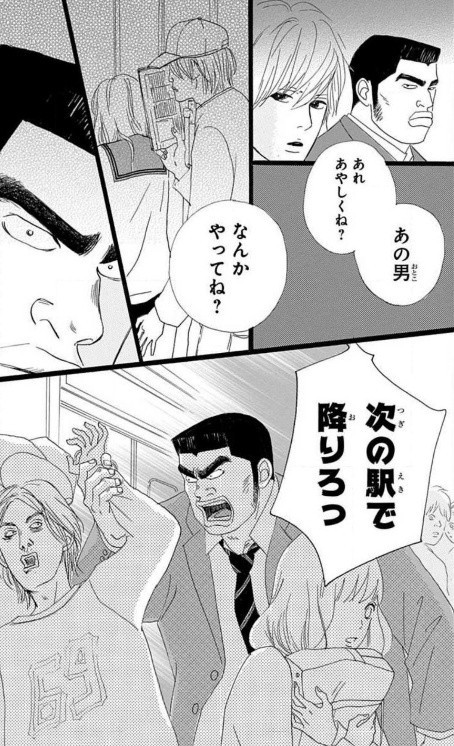 As the cop arrives, the culprit disrespects the girl by saying that she was asking to be touched by wearing such a small skirt. Hearing this, Takeo snaps and ends up punching the guy in front of the cop, for which he gets suspended from school. 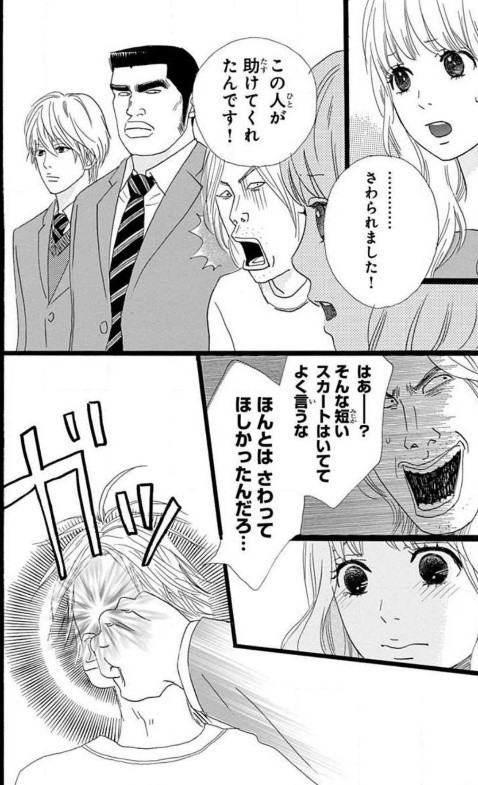 The next day, as Suna bring him his notes, Yamato, the girl Takeo saved, comes by his house to thank him. Seeing that she came all this way to thank him Takeo immediately falls in love with her. 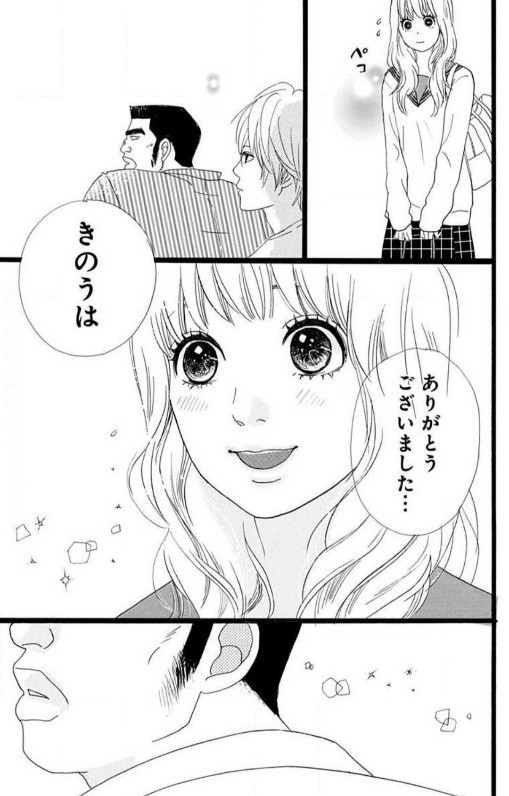 Suna tries to leave but Yamato tells him that she has brought cake for both of them.
Takeo misreads the situation and thinks that Yamato likes Suna. After eating the cake, she takes her leave and deliberately leaves her phone in Takeo’s room. She then calls him later, asking him to meet her after school to return her phone. 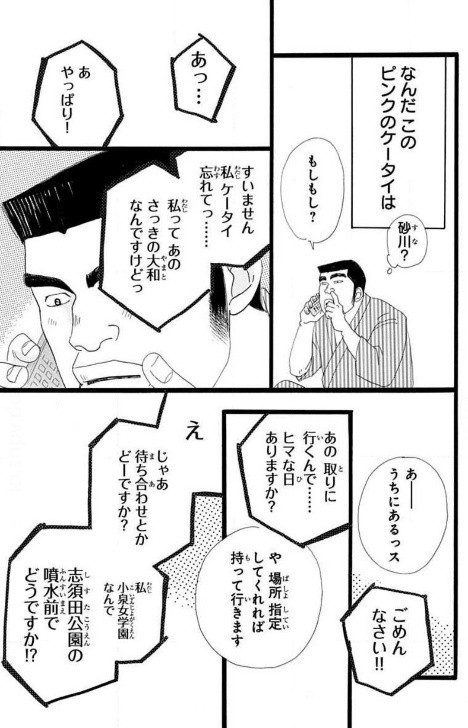 Takeo takes Suna with him to meet Yamato. She has brought handmade macaroons this time. Takeo notices that Yamato is always blushing, but thinks that it must be because of Suna. 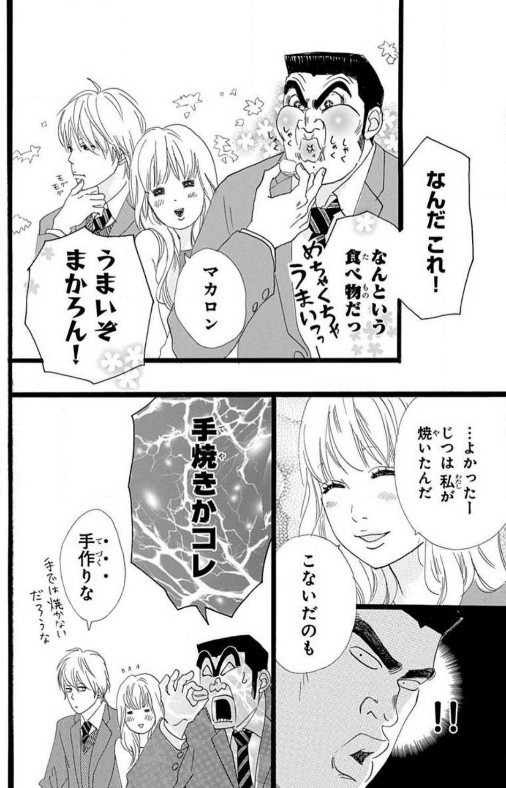 He heads to the restroom, putting his head under the tap, and decides that he is going to put his feelings aside and help Yamato get closer to Suna.
After returning the phone, all three of them head home, but Yamato comes running back to Takeo and asks for his email. Takeo writes it down on a paper while Suna thinks that he could have just texted it to her. She smiles at Takeo and heads home. 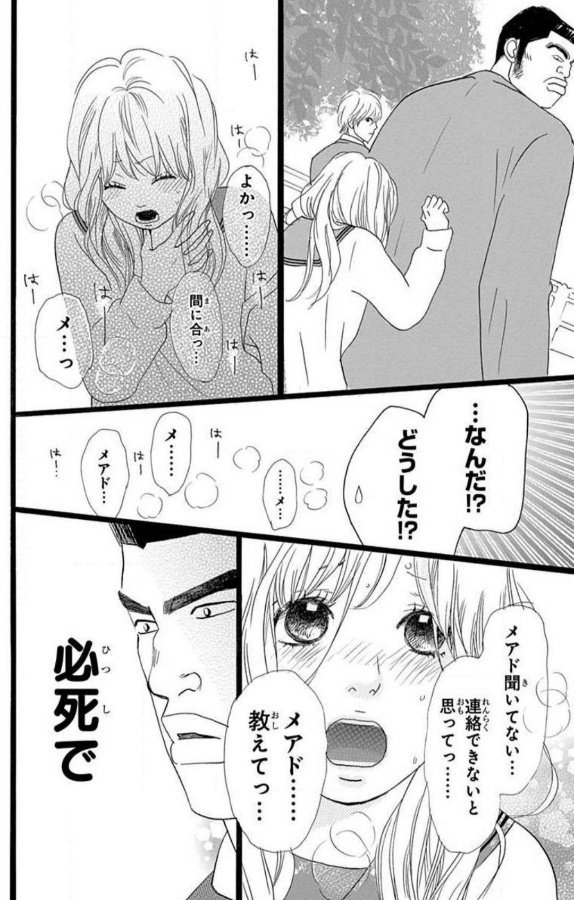