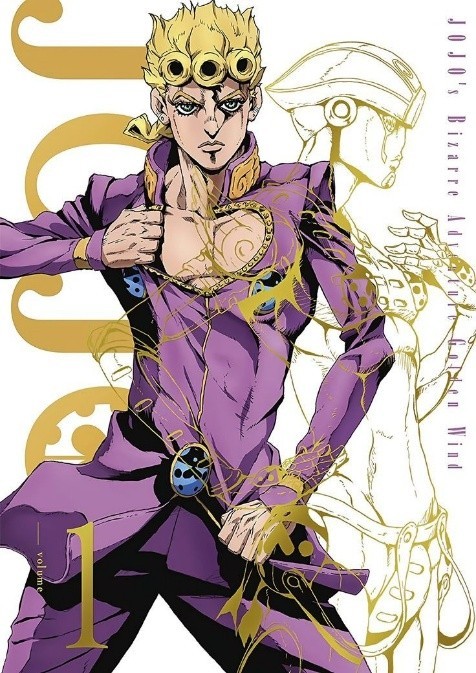 JoJo’s Bizarre Adventure: Golden Wind also known as Vento Aureo is a Japanese manga series written and illustrated by Hirohiko Araki. It is the fifth story arc to the much bigger JoJo’s Bizarre Adventure series.
It was serialized in Weekly Shounen Jump from November 1995 to April 1999. It’s 155 chapters are collected into 17 separate volumes. The entire series has over 100 million copies in circulation, making it one of the best-selling manga ever.
The series got its anime adaptation by David Productions in 2018, consisting of 39 episodes.
JoJo's Bizarre Adventure
▸

The story takes place in 2001, two years after the battle with Yochikage Kira. Koichi arrives in Naples, Italy, because of a mission handed over to him by Jotaro. 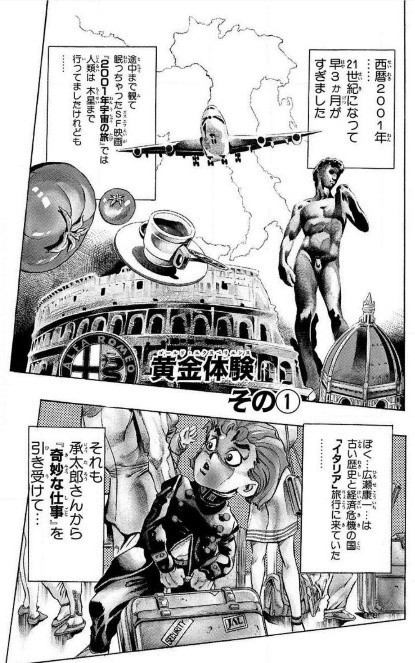 The mission is to find a boy named Haruno Shiobana and retrieve his skin sample. 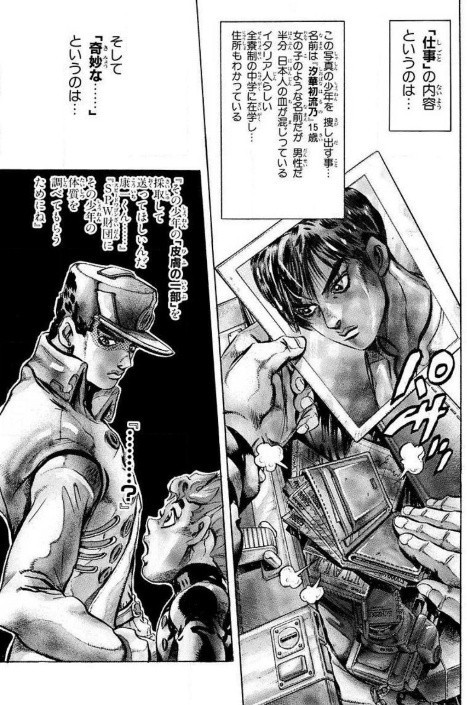 As Koichi exits the airport, he spots a young boy doing a weird trick with his ear, before mysteriously giving some money to a couple of guards, in a pack of cigarette.
What Koichi doesn’t know is that the money was so that the guards Ignore the young boy while he steals other peoples luggage. 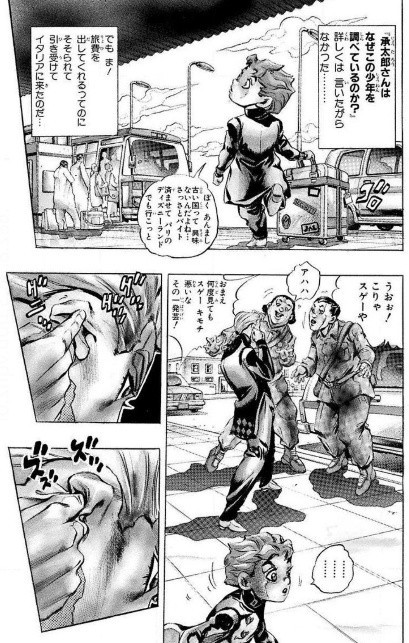 The young boy stops Koichi and offers to take him into town on a very low cost. Koichi is suspicious but accepts the offer. 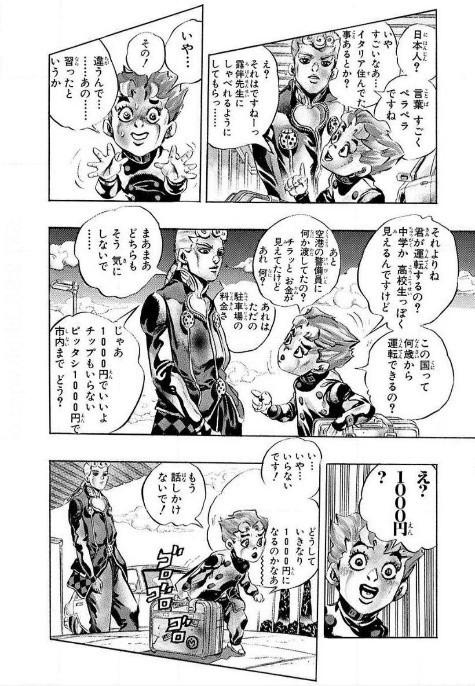 The young man tells Koichi to place his luggage in the front seat, but leaves before Koichi can sit in the back. He is about to escape, when Koichi uses Echoes, his Stand, to stop the taxi in its tracks. 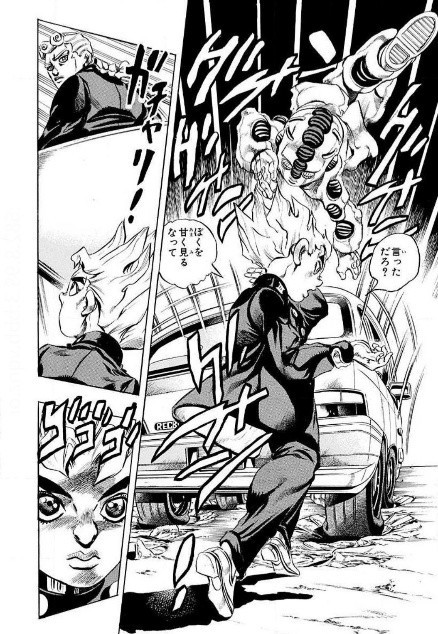 The young man steps out of the taxi, but instead of being frustrated, he looks at Koichi with a smirk on his face, then runs away. Koichi doesn’t chase after him, as he only cares about his luggage. 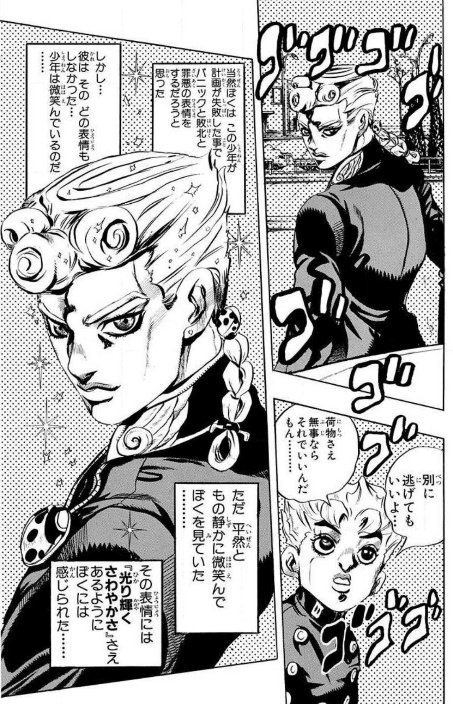 Koichi overhears the guards talking about the young man’s true identity: Giorno Giovanna, he starts noticing the similarities between Giorno and the picture given to him by Jotaro, but refuses to accept that they are the same person. 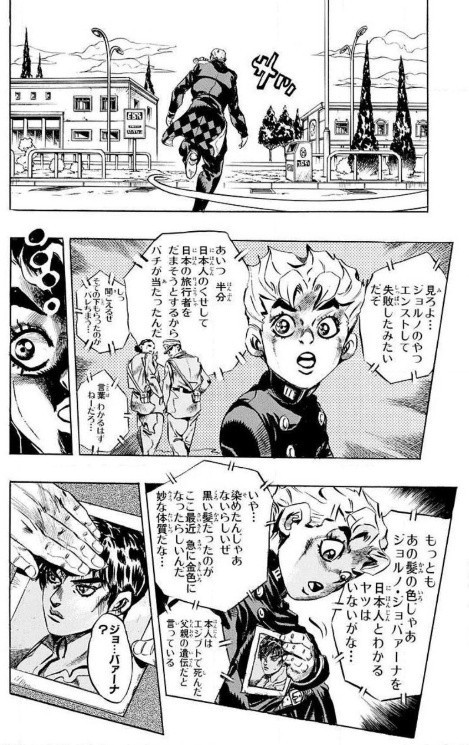 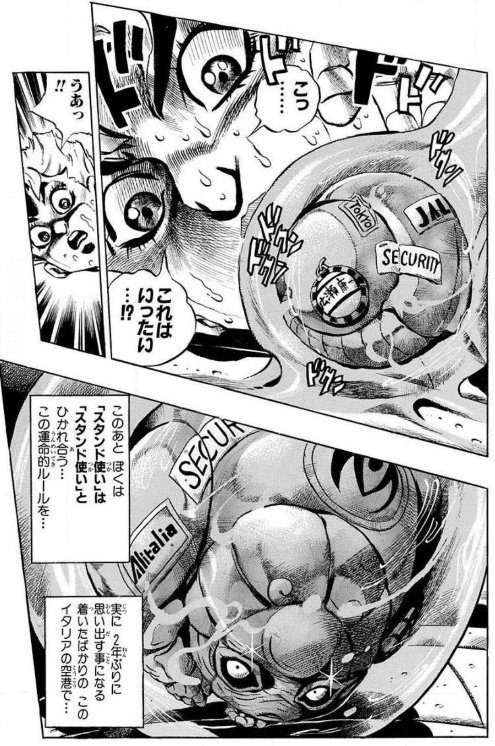