What is “Love Hina”? 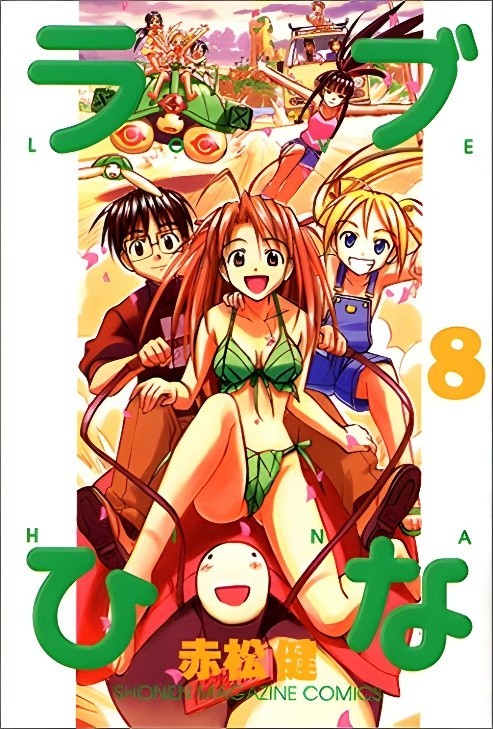 Love Hina is a Japanese rom-com manga series written and illustrated by Ken Akamatsu.
The manga series was serialized in Kodansha’s Weekly Shounen Magazine from October 1998 to October 2001. It’s 123 chapters were compiled and collected into 14 separate volumes. The series proved to be a major success, with over 20 million copies in circulation, in Japan alone. The DVDs of its anime sold over 1 million copies. It won several awards and nominations, including the 2001 Kodansha Manga Award in the Shounen category.
An anime television series adaptation produced by Studio Xebec aired from April 2000 to September 2000, consisting of 24 episodes. Aside from the anime, several OVAs of this series were also released.
Love Hina
▸

Urashima Keitaro, the protagonist of this story, at the age of four made a promise with a girl, that they’ll both enter Tokyo University and live happily ever after. 15 years later, Keitaro is 19 years old and has failed the entrance exams twice. 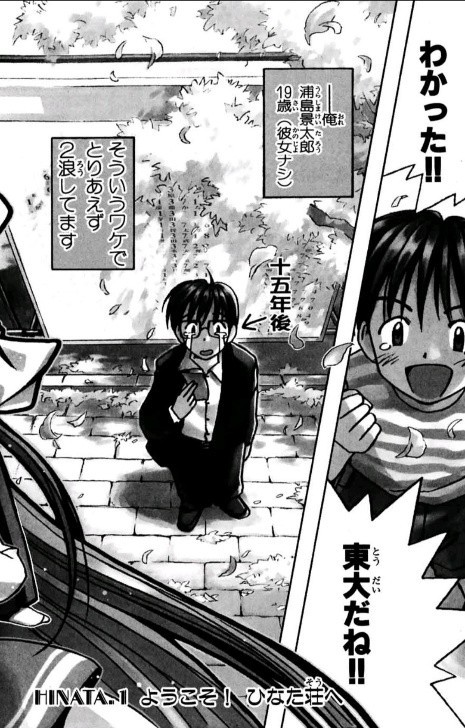 His parents kick him out and in hopes of finding a roof to stay, he heads to his grandma’s Inn.
Upon reaching the Inn, Kei doesn’t find his grandma and starts roaming around, eventually coming across a hot spring. As he is bathing in the warm water of the spring, a young voluptuous woman open the door and gets into the hot spring with him. The girl, Naru, has weak eye sight and thinking of Kei as her friend, she frankly starts touching his body. 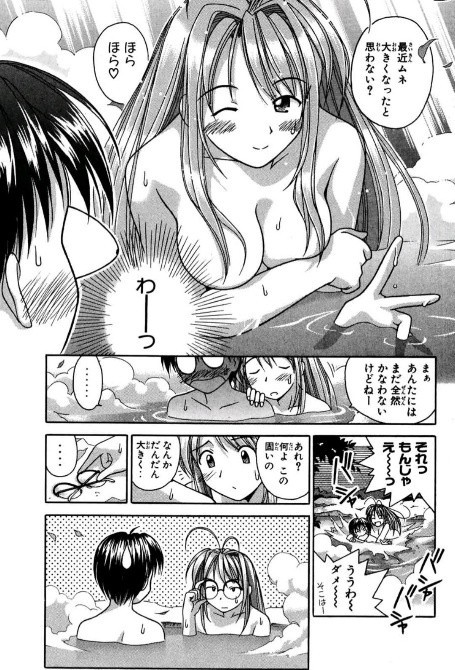 She realizes that somethings wrong and wears her glasses to check. The two stare at each other for a second and then she erupts in a loud scream. Kei immediately apologizes and starts running. The commotion disturbs all the girls and they all start chasing Kei, thinking of him as a pervert. 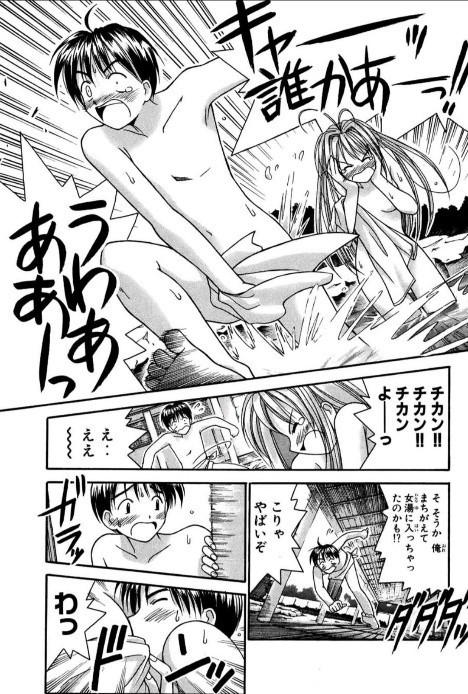 They girls chase Kei into a corner, but before they can have their way with him, Kei’s aunt and the temporary manager of the Inn arrives and saves him.
It is revealed that the Inn was changed into an All girls dormitory a few years ago. He apologizes but Nura demands that he be kicked out. Kei’s Aunty mistakenly thinks that Kei is in Tokyo University, she doesn’t remember that he failed, and all the girls at the dormitory are in awe. Tokyo University is Japan’s top university, and to be accepted into such a prestigious institute, one must be very talented and smart. All the other girls agree on letting him stay and peer pressure Nura into doing the same.
Kei on the other hand, doesn’t correct the misunderstanding, afraid that he’ll lose the place to stay if he does. 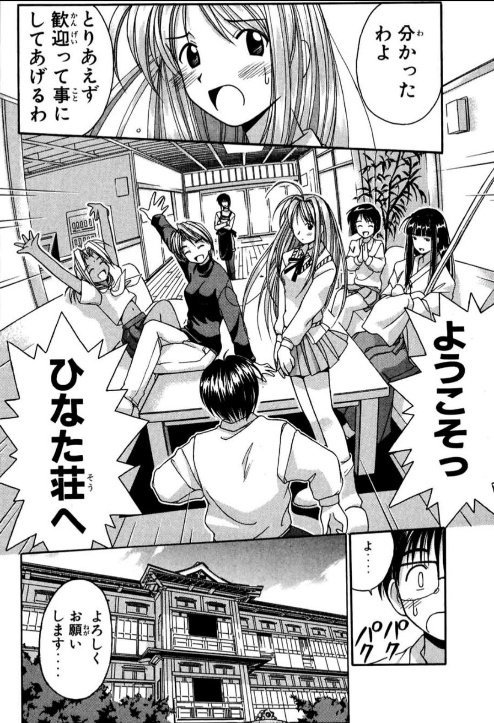 Later that day, Kitsune, one of the girls at the inn, enters Kei’s room and starts flirting with him. She takes his hand and puts it on her breast, and that is when the rest walk in by accident. She puts all the blame on Kei, saying the he forced her. This puts Kei In a bad positing as most of the girls now think of Kei as a pervert and Naru starts keeping an eye on him. 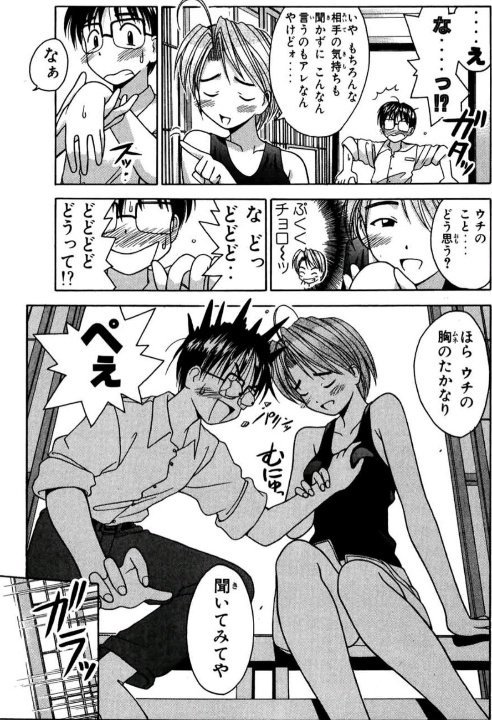 The next day, one of the younger girls, Shinobu, approaches Kei and asks him to teach her maths. Kei agrees and as he’s explaining the equation, Shinobu keeps looking at his face with a smile on her face. Nura interrupts, asking Kei to teach her as well. Kei somehow dodges the request and Shinobu takes him to the roof, where she tells him about her dream of entering Tokyo University. Kei becomes a big support to her, assuring her that with some effort she can easily accomplish her dreams. 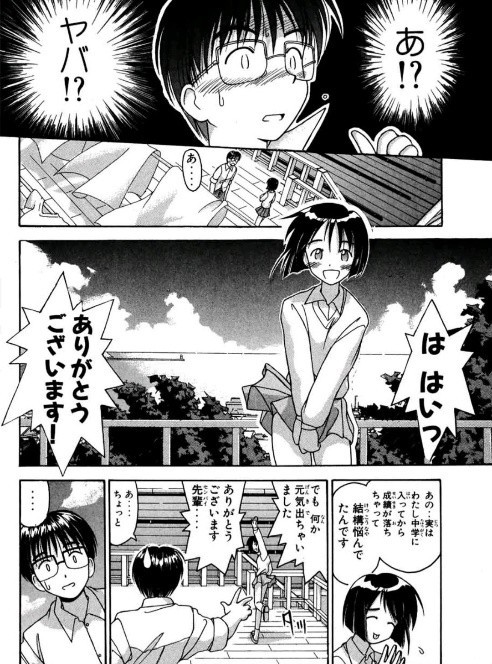 Kei decides to study that night, but can’t manage to solve a single problem. As Nura is walking past his room, she hears him talking about his lie and how he’ll never enter the Tokyo University.
The next day, Nura brings him rice cakes, and reveals that she knows. She promises not to tell anyone as him being here has really helped motivate Shinobu towards achieving her dream. 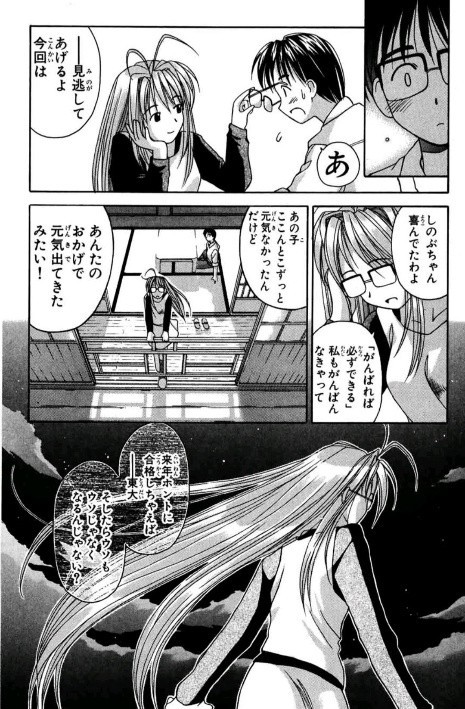 The two warm up to each other, and in a heated moment, get close enough for a kiss, but are interrupted by the gang.
One of the girls picks up Kei’s I’d and his lie is brought in front of everyone. Now he must leave. 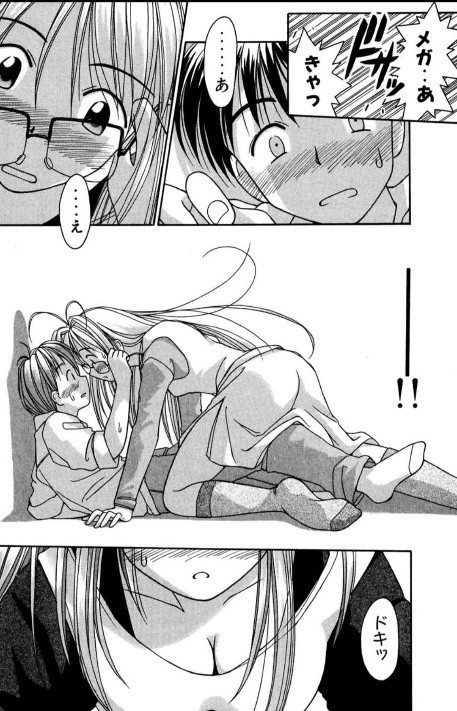 Kei apologizes to everyone and heads his way. He stops by a picture booth and sits inside. Nura catches upto him and both end up clicking a picture together.
Just as Kei is about to leave, his aunt finds the two. She hands him a letter from his grandma, who is on a world tour, that the girls dormitory now belongs to him and he must manage it from now on. 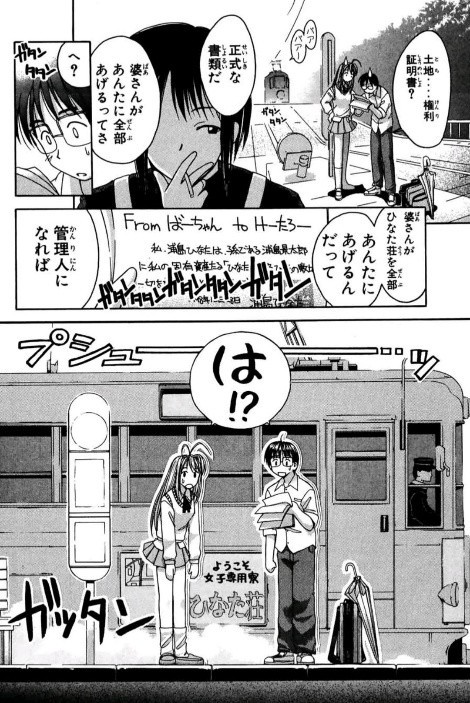 Here comes the Harem! How will the story unfold, now that Kei will have to live with a bunch of teenage girls?
Love Hina
▸
Love Hina, Akamatsu Ken