The story of Great Teacher Onizuka 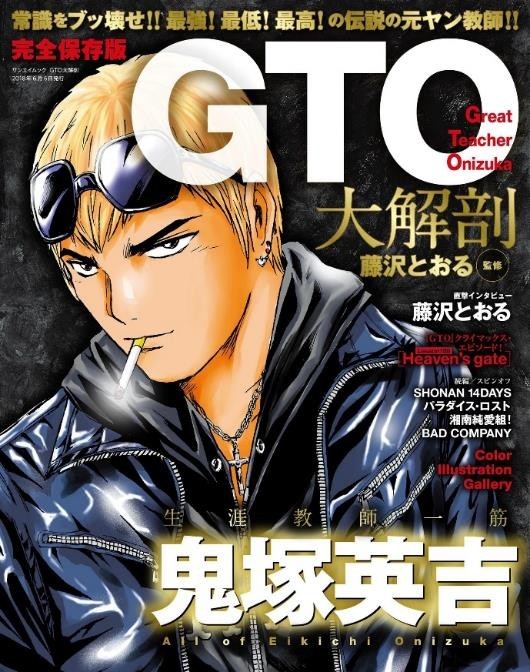 Great Teacher Onizuka (officially abbreviated as “GTO”) is the manga series that made Tooru Fujisawa’s career soar. It was originally serialized in Kodansha’s Weekly Shonen Magazine from January 1997 to February 2002, with a total of 25 volumes.
Due to its overwhelming popularity, GTO was adapted as several media forms, ranging from a 12-episode drama series, 43-episode anime series and a live-action movie, etc. Various sequels and spin-off series of the original story were also created in the following years.
In January 2020, “Episode 0” of GTO was made in to a live-action movie, featuring the story of the younger days of the main character.
Trailer for “Episode 0” of GTO featured on Amazon Prime
GTO: Great Teacher Onizuka
▸

Onizuka Eikichi was a 22 years old guy with 2nd degree in Karate and a high school dropout. However, he managed to use his credit to get into college. Onizuka majored in automotive mechanics but was no good at it. He had been arrested by the police 83 times, and his best trait is “honesty”.
Onizuka was interviewing for a job that could influence a lot of people, and most important of all, could make a ton of money. 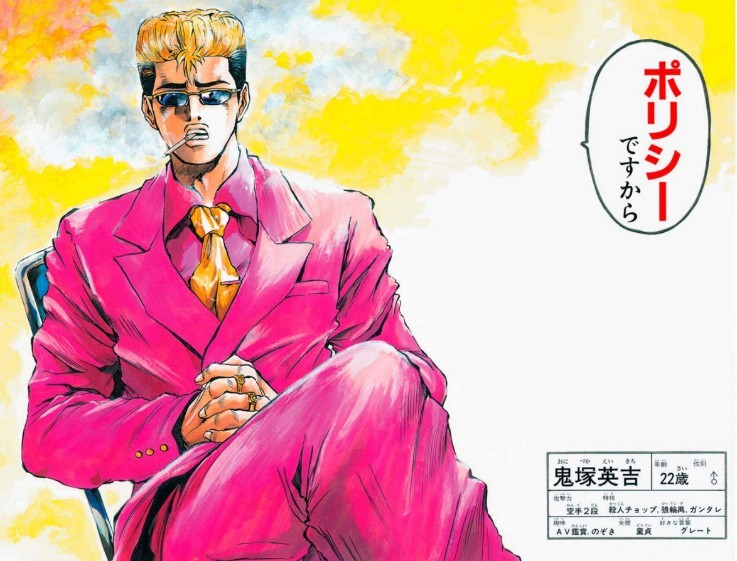 Failed for the 35th time, Onizuka was moping around his favorite spot under the Kichijuji Station’s escalator, peeping at high school girls’ skirts. Suddenly, two passersby called him out for being a pervert. Onizuka pretended he didn’t hear it and continued smoking, but the two of them threatened to beat him up if he didn’t stop right then. Hearing that, Onizuka just punched the telephone nearby, pulled out its wires and asked if they were ready to get beaten up. 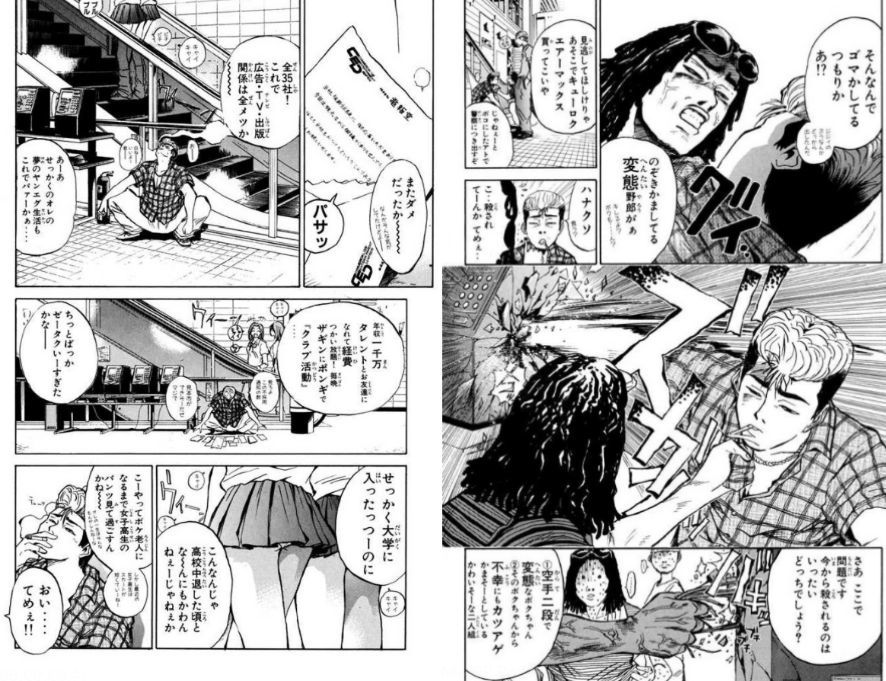 Not only Onizuka got out of the fight unscratched, he also had a new pair of sport shoes and 50 thousand yen of pocket money – courtesy of the two passersby.
As Onizuka was full of himself, two policemen were standing behind him. Being chased by the police, Onizuka escaped by using one of his oldest tricks, hiding under the truck. 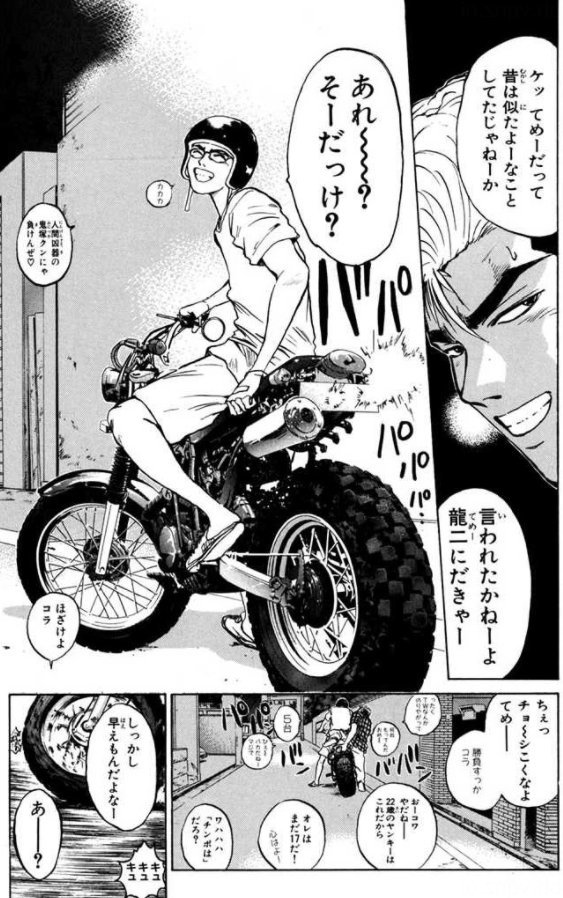 In the midst of it, one of Onizuka old friend named Ryuji, had come to his rescue. The two escaped from the scene on the motorbike.
After reminiscing the old days with his friends, Onizuka admitted with Ryuji that he felt very bumped out for failing another one of his job interviews. Comparing to Ryuji, who was a branch manager at a small motorbike garage after working there for 5 years, Onizuka was just working part-time as a construction worker and nowhere close to his dream of financial bliss. 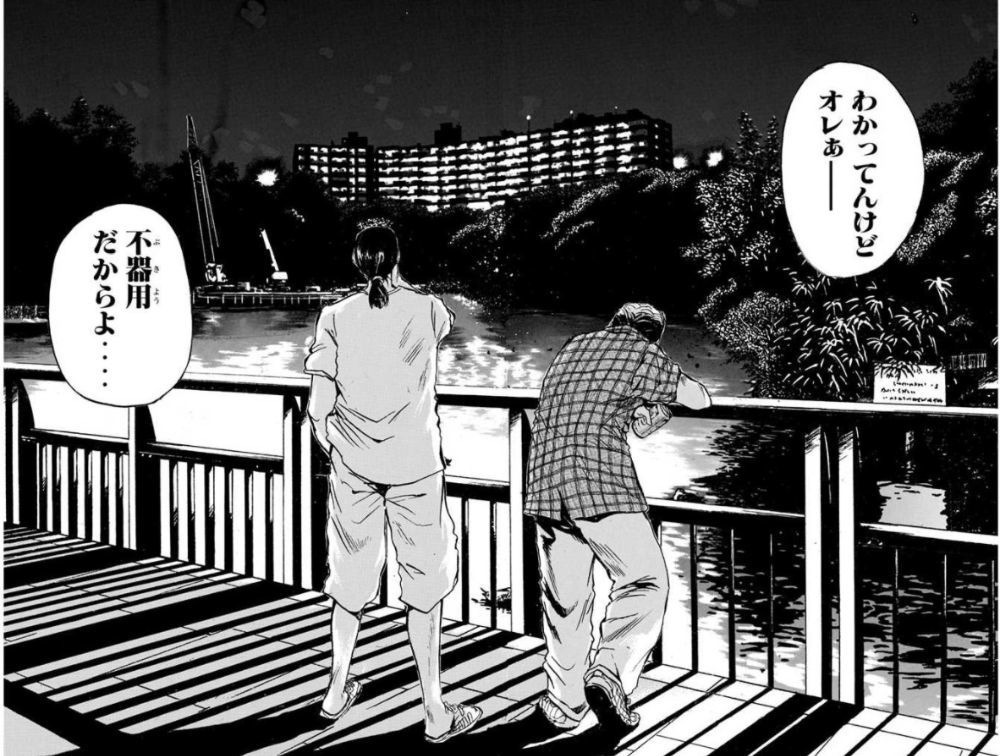 The two of them had come all the way from a small town to Tokyo to make a name for themselves, aiming to become great men. That was the promised they made together 7 years ago. 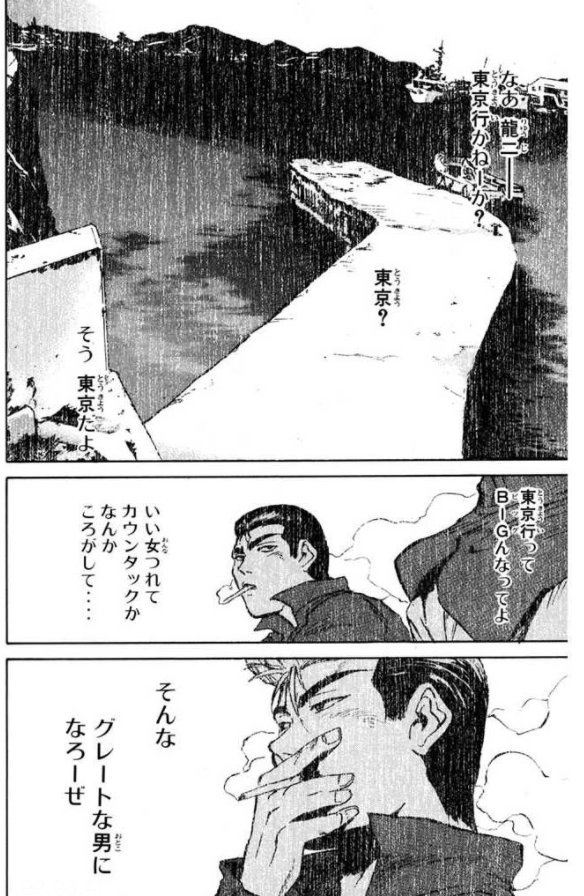 Coming back to his favorite spot under the escalator, Onizuka’s jobless days continued.
Suddenly his perverted hobby was once again interrupted, this time by a beautiful high school girl. She asked Onizuka for a lighter, and if he had seen her underwear from under the escalator. The girl didn’t seem to mind it that much and even admitted that it was properly her own fault for wearing something so short. But to call it even, Onizuka had to treat her for a meal. 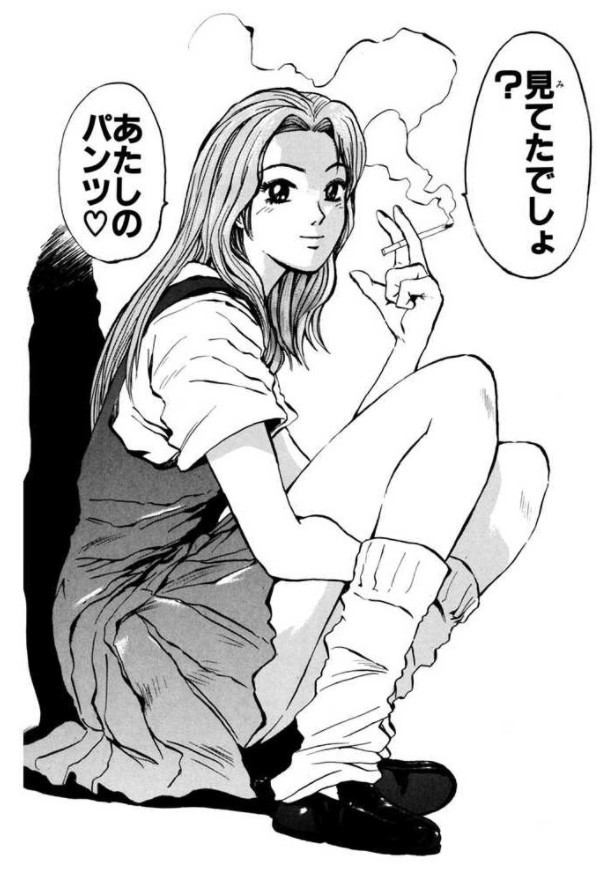 During the meal, the girl seemed to be really impressed by Onizuka for treating her so generously for just a little peak. From there, she got the idea that Onizuka must have been loaded with money and drove expensive cars.
Flustered by her look of admiration, Onizuka ended up lying that he was a successful play writer and drove an expensive Porsche. The girl was totally gullible toward his lies and even commented that she envied his girlfriend. After promising that he will take her for a drive on his Porsche, Onizuka finally learned that the girl’s name was Nakajima Erika. 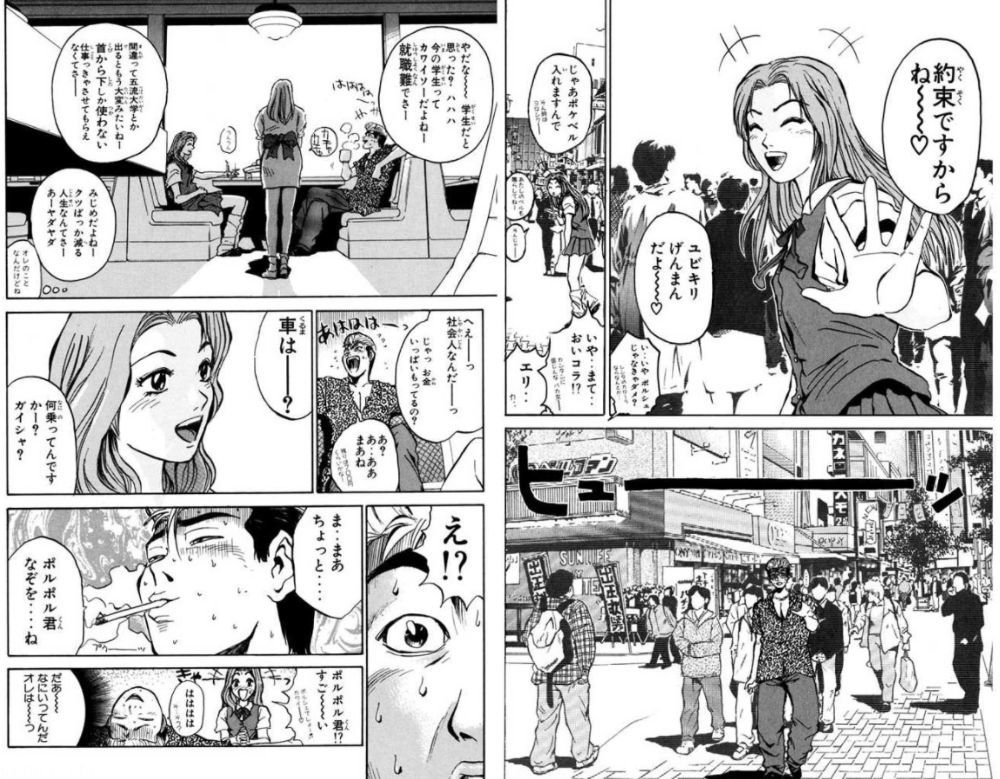 A few days later, he got a message from Erika saying she wanted to meet.
This time Onizuka already made up his mind to tell her the truth as he felt that it was not the way of great men to lie to impress girls. When he walked up to Erika at the meet up spot, she turned around with tears in her eyes. Seeing that, Onizuka couldn’t bear to tell her the truth and went looking for an expensive car to give her a drive, as promised. 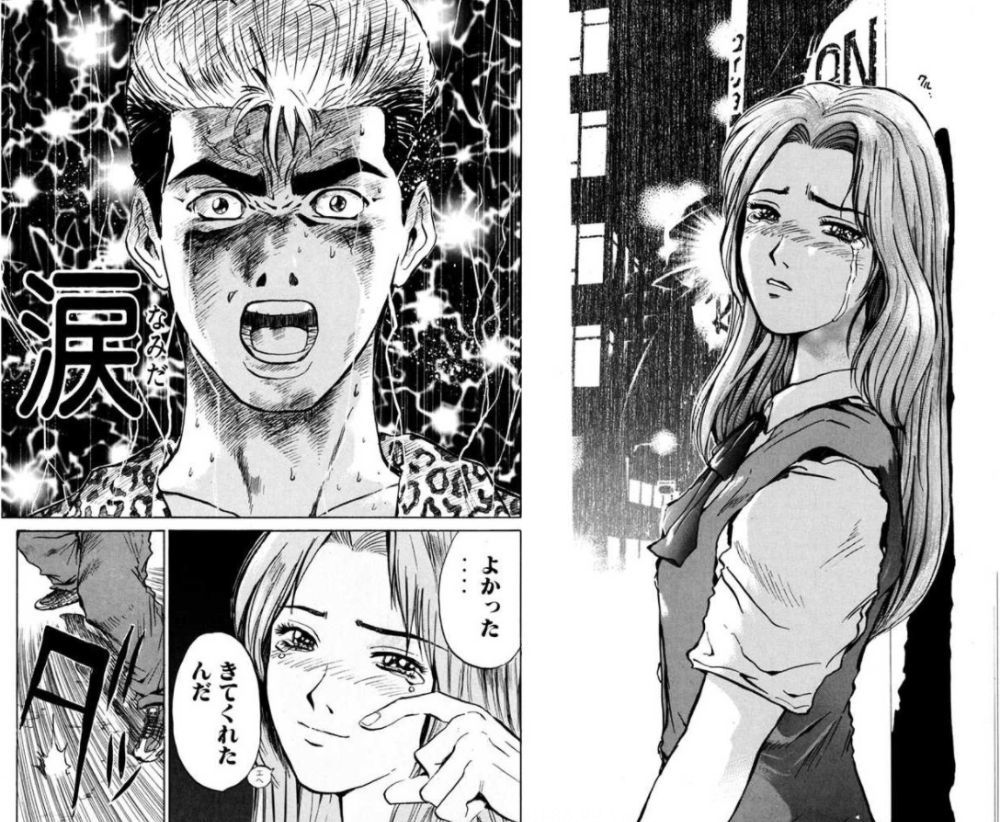 During the drive, Erika confessed that she had fought with her boyfriend that day.
Apparently, her boyfriend was a normal guy with a low paying job. He was short, bald and badly dressed. Compared to Onizuka, who she thought “owned” two very expensive cars, Erika’s boyfriend sounded really lame.
Erika even commented that she would be so lucky if she had a boyfriend as cool as Onizuka. Not letting such a chance pass, Onizuka asked Erika to come with him to a karaoke place. 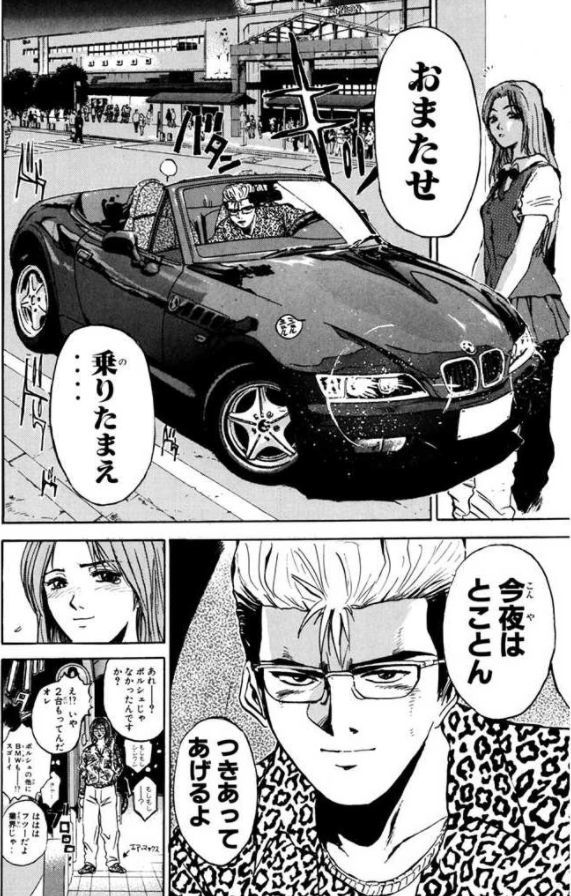 After spending some time together drinking and singing, Onizuka asked Erika to break up with her current boyfriend and be with him. As he moved in to kiss her, Erika’s pager lighted up with the text “I’m waiting for you outside” from her boyfriend. She opened up the window and looked outside. Standing in the pouring rain was a very short and bald old man. 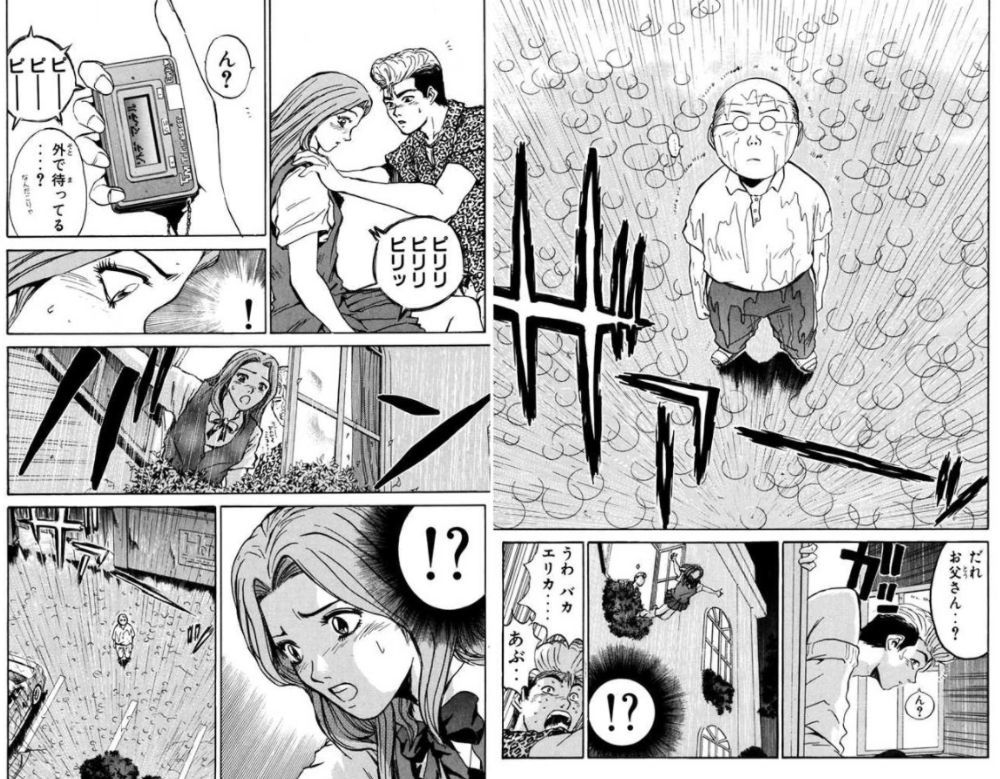 “Is that your dad?”, Onizuka was confused as he looked outside with Erika. Suddenly she got up and jumped out of the second-floor window without hesitation, into her boyfriend’s arms.
That guy was Erika’s teacher, and the reason they fought was because she got bad grades at school. The two of them made up and went home, leaving Onizuka alone and dumfounded. 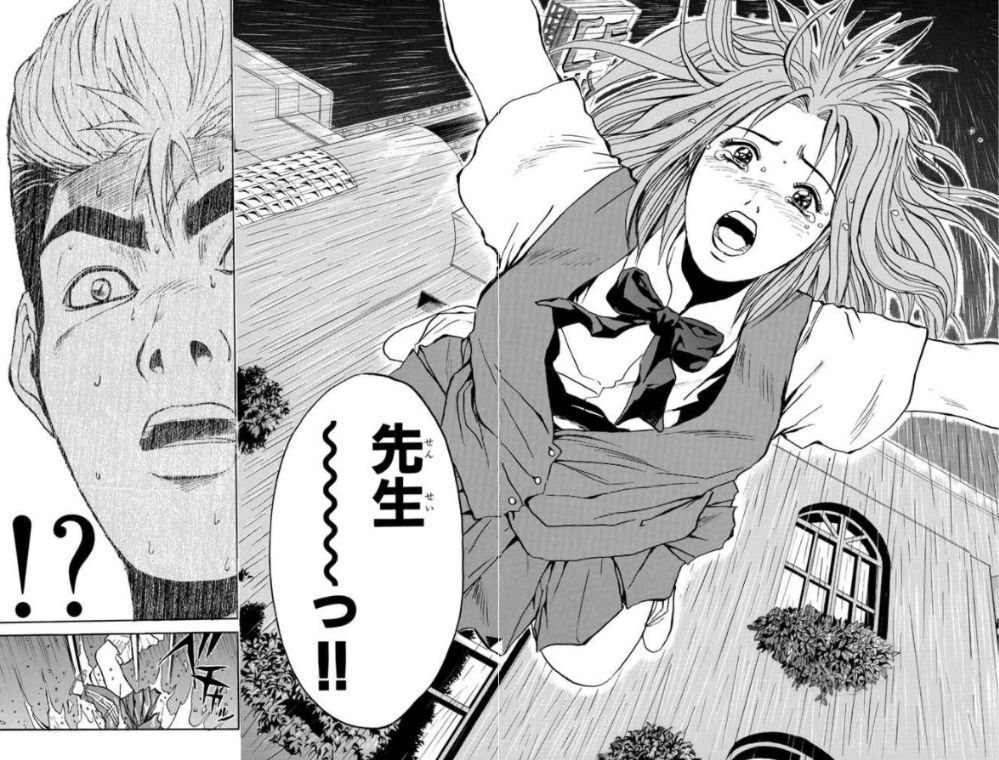 The birth of GTO

The next day, Onizuka ended up at his friend Ryuji’s garage. Ryuji was trying to cheer him up, telling Onizuka to just pretend that it was a bad dream and move on with his life.
Onizuka just sat there quietly for a long while, and finally he snapped out of his silence with burning eyes of passion. He finally found what he wanted to be – “a great teacher”. 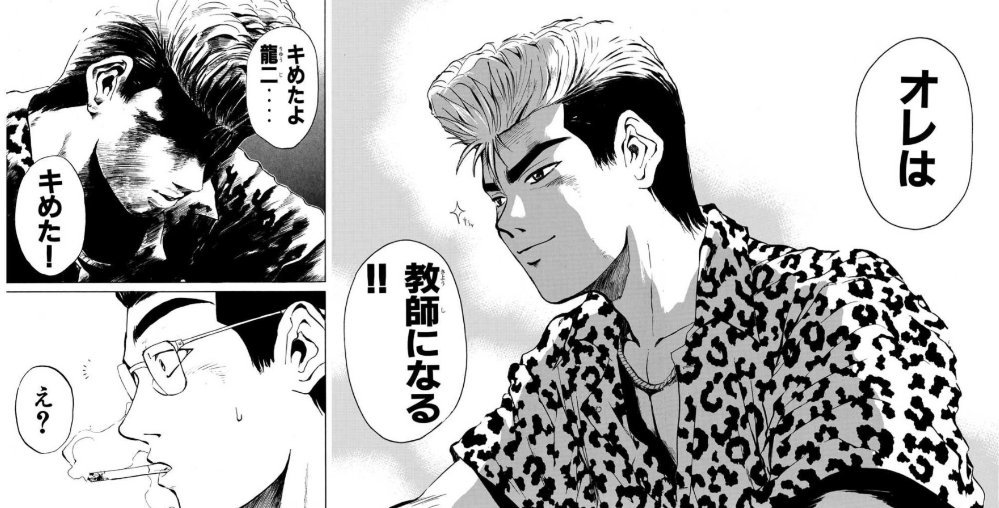