What is “Ahiru no Sora”? 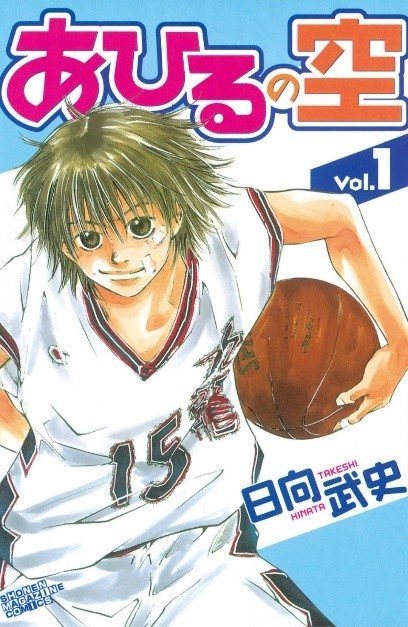 Ahiru no Sora is a Japanese basketball-themed manga series written and illustrated by Takeshi Hinata.
It started serialization in Kodansha's Weekly Shounen Magazine from December 2003. As of June 2019, 51 volumes have been released. A 50 episode TV series was also adapted.
As of February 28, 2018, the manga had over 24 million copies in circulation, worldwide.
Ahiru no Sora
▸

The story begins with our protagonist, Sora Kurumatani, getting stopped by a bunch of delinquents, under a bridge. They tell Sora to give up all his money, but Sora isn’t intimidated by them at all, and challenges them to a fight. Sora loses pretty badly. 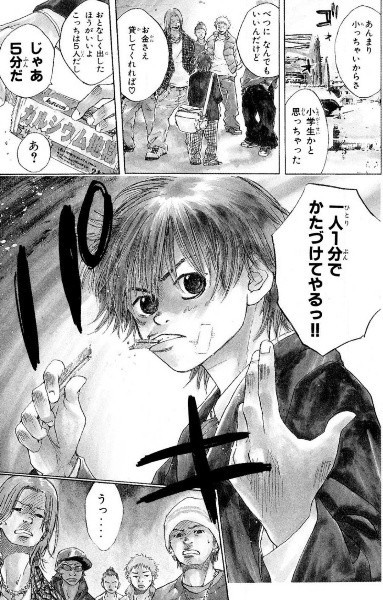 After the delinquents leave, a boy named Chiaki shows up, asking him if he had something to eat. He tells Sora that he stood up to those delinquents very bravely and that if he wants to get stronger, he’ll train him. 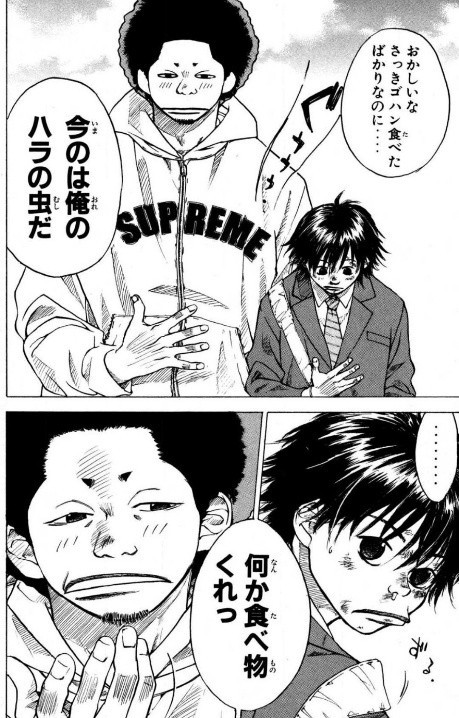 After his high school coronation, he heads straight to the basketball court to practice. As he is dribbling, a bunch of delinquents, lead by Momoharu, show up, telling Sora that this is their turf and no one plays here without their permission. As for Sora’s punishment, they leave him locked in the locker room. 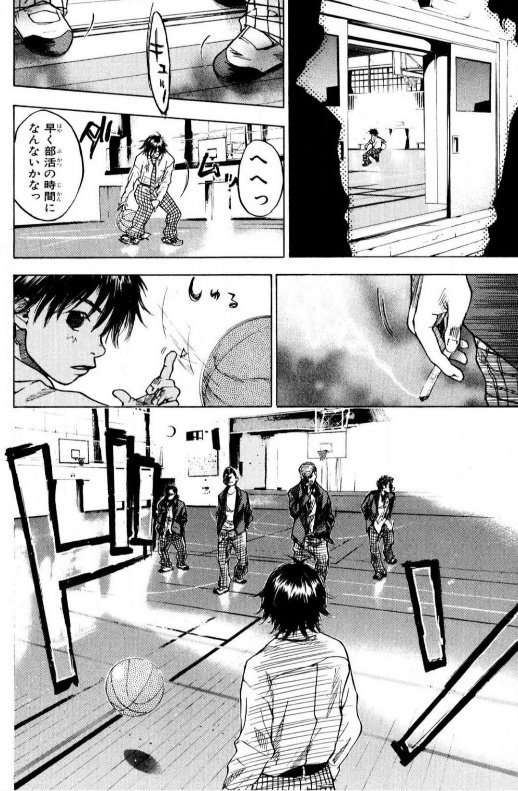 He sees a small hole in the wall and looks through it, he screams, when he realizes that it is the girl’s locker room. He then sees a beautiful girl, Madoka, and is amazed by her beauty. 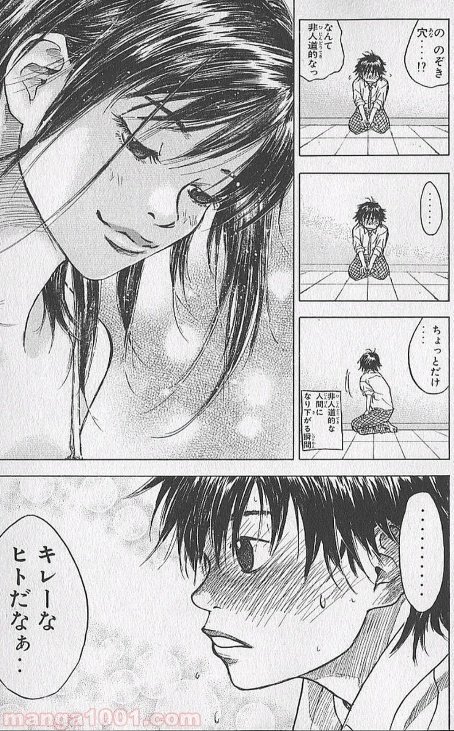 That is when Chiaki shows himself, saying that he was sleeping in one of the cabinets. Sora tells Chiaki about his love for basketball, which makes him decide to help Sora, he breaks down the door. 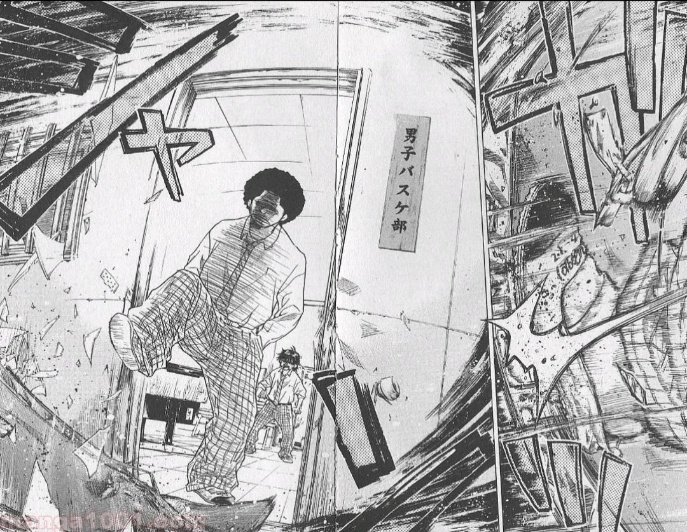 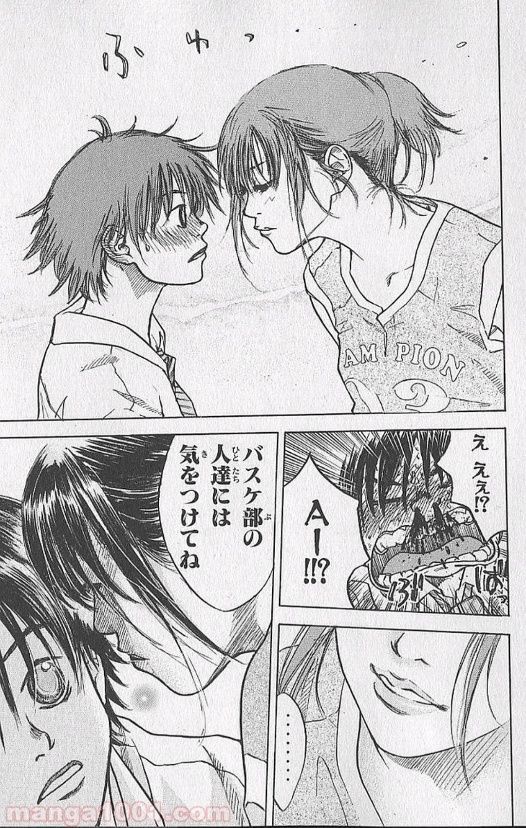 They get to the basketball court, where Chiaki introduces Sora to Madoka. Madoka tells him to be vigilant around Momoharu. 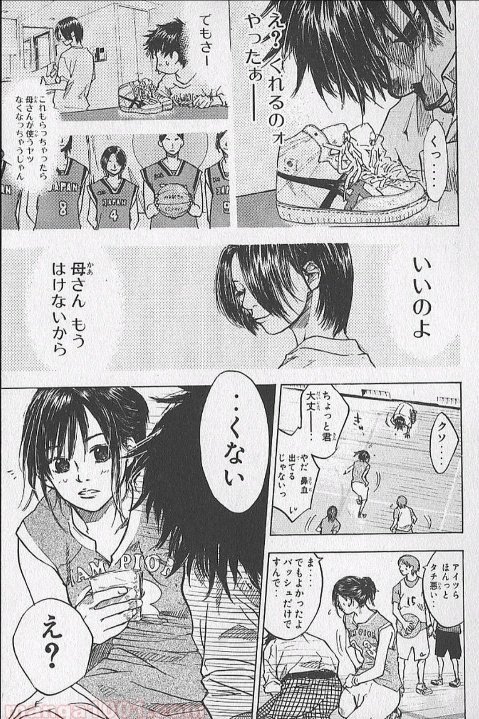 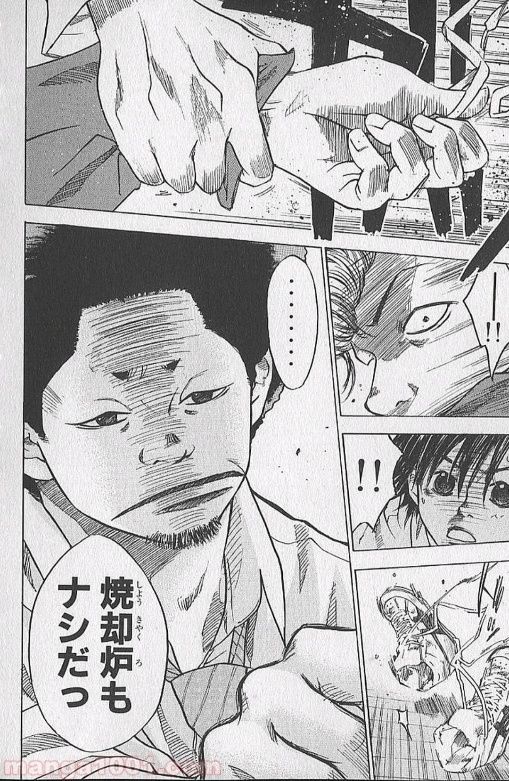 At the end of the chapter, Sora challenges Momoharu’s entire team to a 5 on 1 basketball match, with the bet being that if he loses, he’ll quit basketball. 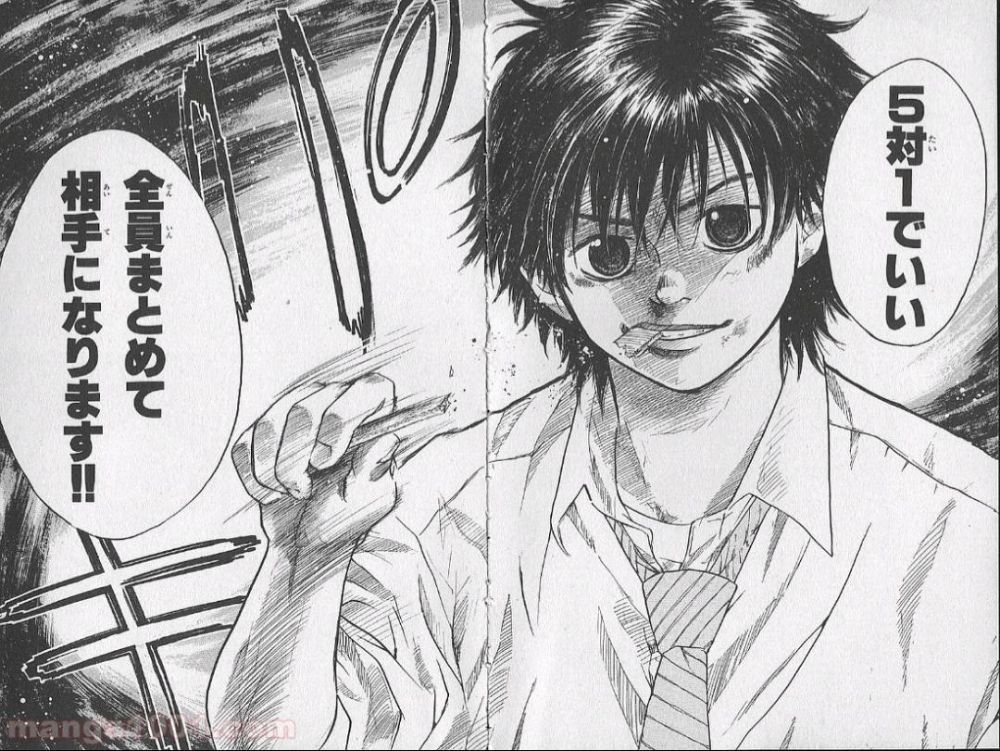 Will Sora be able to win against Momoharu and his team of delinquents?
Ahiru no Sora
▸
Ahiru no Sora, Hinata Takeshi