What is “Fist of the North Star”? 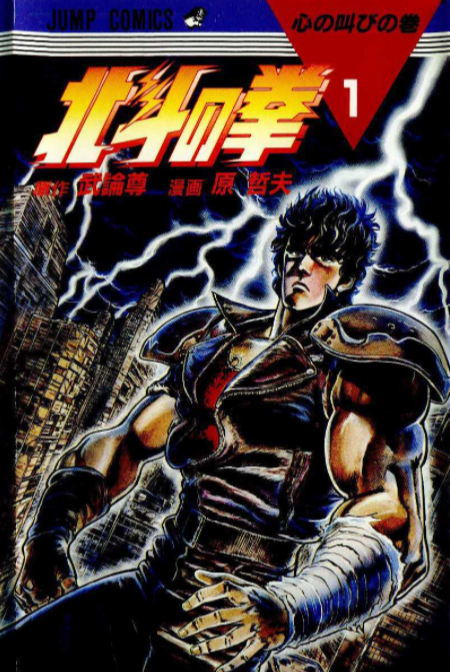 Fist of the North Star is a Japanese adventure manga series written by Buronson and illustrated by Tetsuo Hara.
The manga series was serialized in Shueisha’s Weekly Shounen Jump from 1983 to 1988. Its chapters are compiled and published into 27 separate volumes. This series was one of Weekly Shounen Jumps most popular manga’s during the 1980. The manga has over 100 million copies in circulation, making it one of the best-selling manga in history.
An anime television series adaptation produced by Toei Animation was released in 1984, consisting of 109 episodes.
Hokuto no Ken
▸

The story begins by bringing us to a post-apocalyptic Japan, where mankind has adapted to living in harsh environments. Various factions have emerged, and the powerful now rule over the weak. One such gang is the Z gang, which has adapted oo killing civilians in order to obtain supplies. 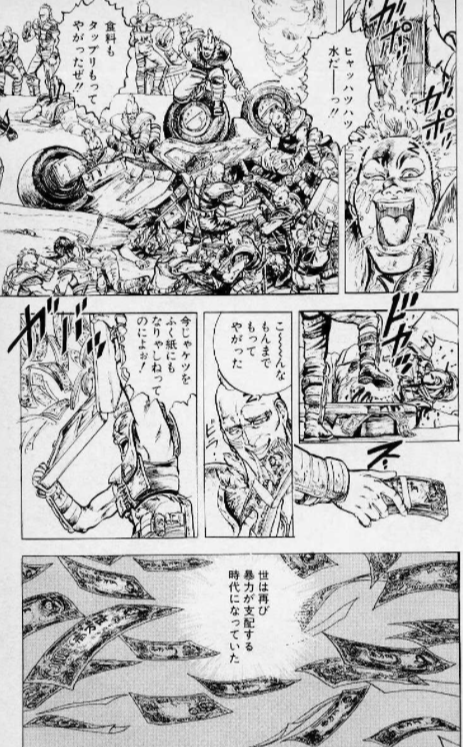 Just then, the gang leader, Z, receives word from an underling that their reconnaissance patrol has been attacked. Z and the gang arrive at the scene of the attack to find their buddies beaten up as if they had exploded from the inside. 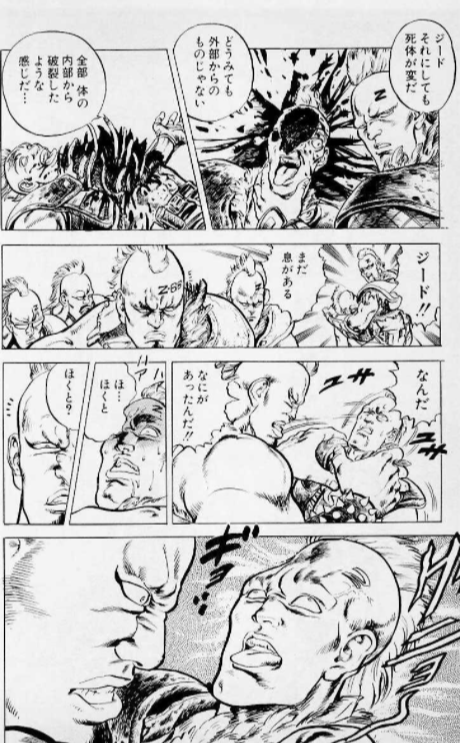 One of them has barely survived and mumbles “Hokuto” before his brains stream out of his head. Z swears vengeance on whoever did this.
We then cut to Kenshiro, a vagrant, travelling through the post-apocalyptic city in search of water. 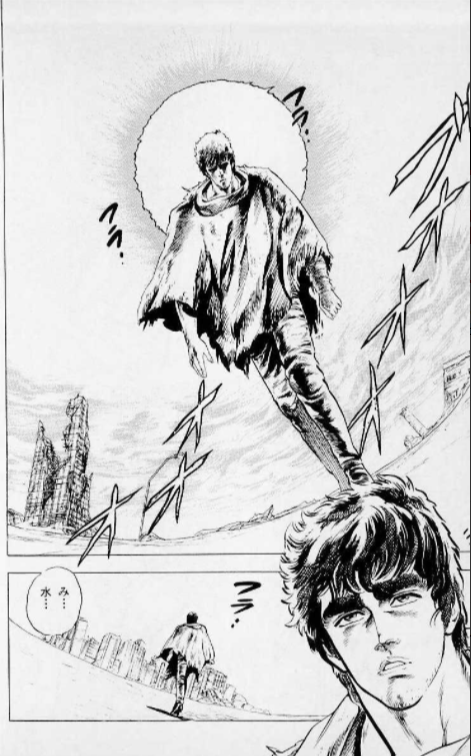 As he wanders the city, he slips into one of the factions' traps and is apprehended. They lock him up in a cell with another convict named Bat until their Patriarch returns. The guards direct Lin, a young girl, to get Ken some water. 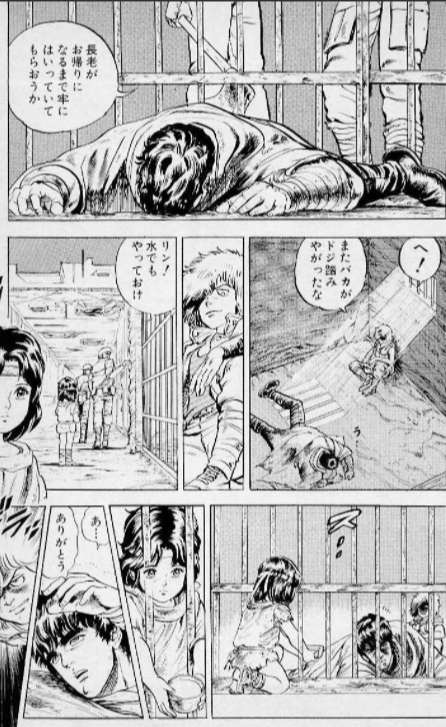 As she approaches, Bat tries to grab the girl and the cell keys, but Ken grabs his arm and paralyses him, allowing Lin to escape his grip. Lin expresses her gratitude by bringing Ken some food and water. Ken introduces himself to the girl and expresses gratitude for the dinner. He inquires about her name, but Bat informs him that she is mute. 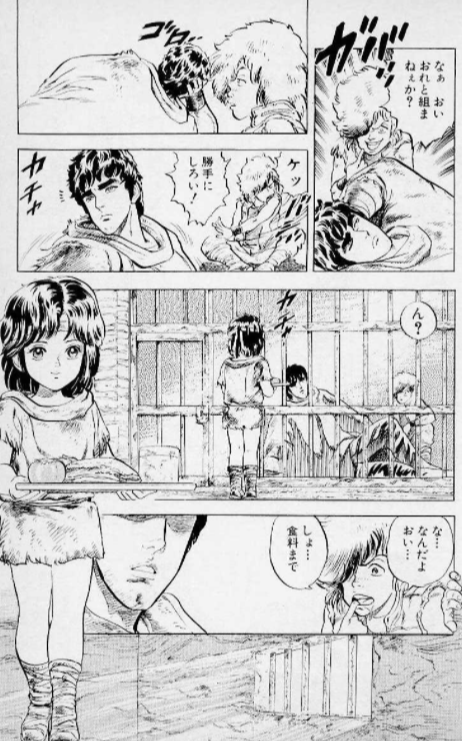 Bat goes on to add, in an insulting tone, that Lin's family was murdered in front of her, and that she was a burden on the town as a result of her lack of a family. Lin bursts into tears as a result of the insults. Ken walks up to her and places his hands on her head. He employs a mysterious technique to restore her ability to speak, claiming that the “Cry of the Heart” will restore her voice. 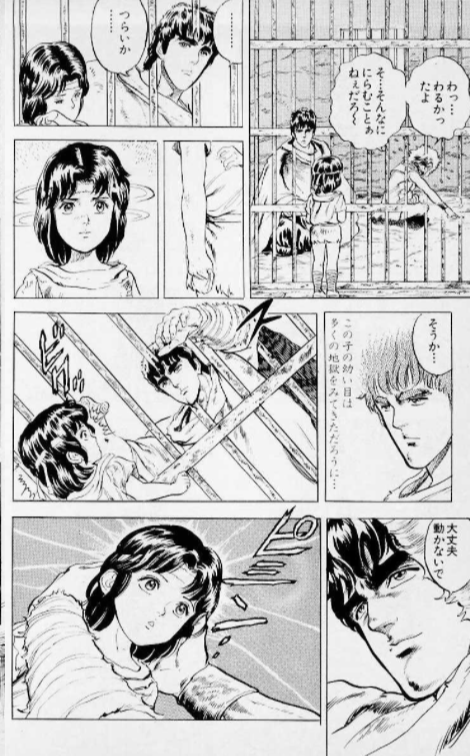 Bat dismisses this as a joke, claiming that it is the first time someone has been kind to Lin. Ken is then carried out of his cell and presented before the patriarch. They undress Ken to check for tattoos and to see if he is in a gang, but when they see his body, they are all dumbfounded. 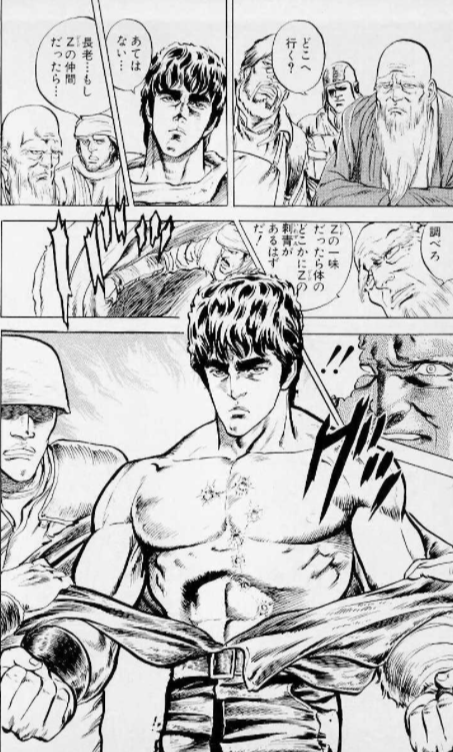 Ken's battle-scarred body is instantly recognised by the old patriarch as that of the fabled “Hokuto-The Great Bear.” While they are checking Ken, an alert goes off, indicating that Z Gang has attacked their territory.

The patriarch and the other men depart to defend their territory, leaving Ken and Bat alone in their cell. Bat claims that the Z Gang are merciless beasts who slaughter all women and children wherever they go. Ken becomes infuriated with this and bends the metal bars of his cage to escape. 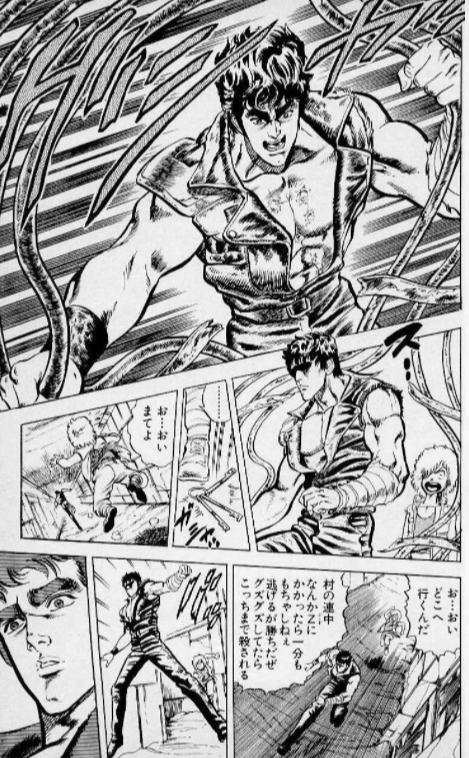 Meanwhile, Z and his men are butchering people left and right in the city outside. He seizes Lin and threatens to snap her neck if they don’t give him all of the food and water they have. Ken arrives at the scene, and to everyone’s surprise, Lin screams out his name, pleading for help. 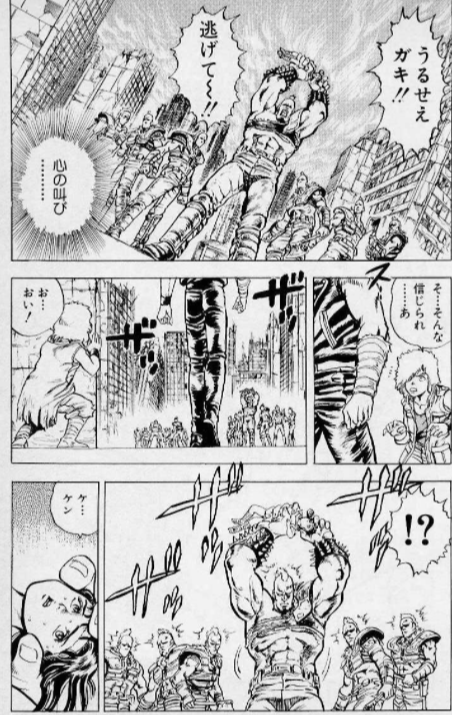 Ken uses his special technique, kicking the goons in his path and leaping over them. For a split second, nothing seems to have occurred to them, but moments later, their brains spill out, as if there was an explosion inside their brains. Ken confronts the group leader and tells him to leave Lin alone. 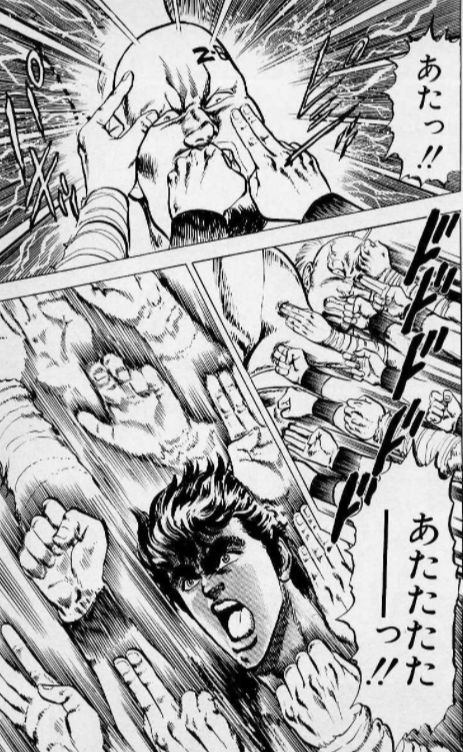 When Z refuses, Ken assaults him with his lethal “Fist of the 100 Shred.” For a few moments, Z is frozen, dropping Lin as Ken catches her. Z stands up again, claiming that Ken's strikes had only tickled him, but Ken turns away, saying, “You're already dead,” as Z's guts stream out of his body. 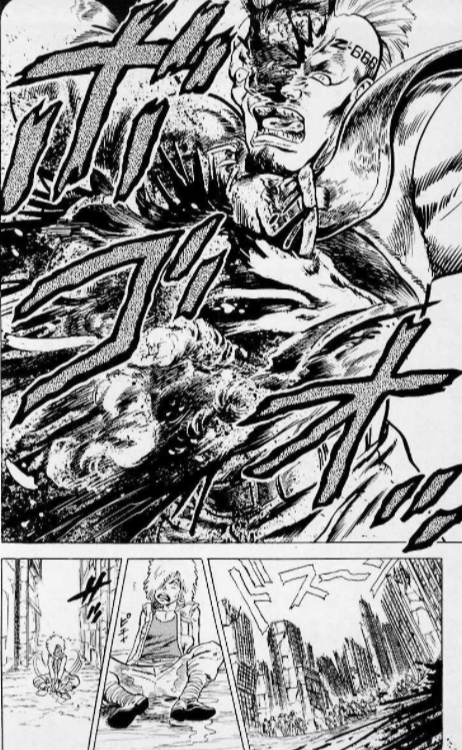 The patriarch recognizes Ken's method as the famed kung-fu style utilized by assassins in China. The secret of this martial art is to direct one's energies at the vital points of one's opponent, destroying them from the inside out. 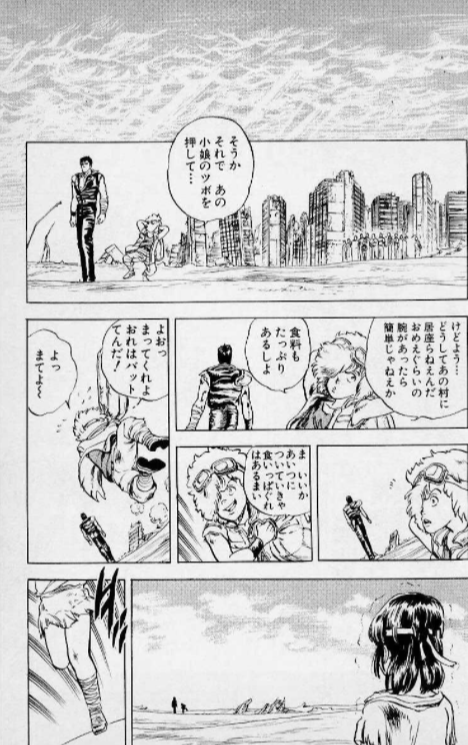 After defeating Z, Ken leaves the city, along by Bat by his side. Lin wants to go after him, shouting out his name, but the patriarch stops her, stating that violence would follow Ken wherever he goes. 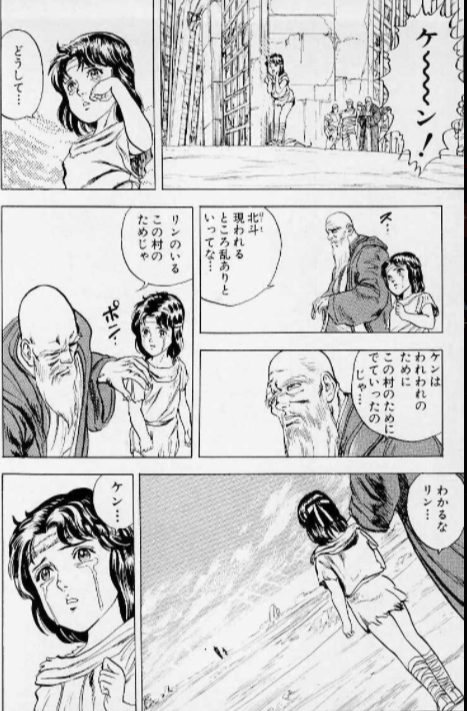 Where will Ken and Bat go from here, and what awaits them in this cruel world?
Hokuto no Ken, Hara Tetsuo