What is “Baki the Grappler”? 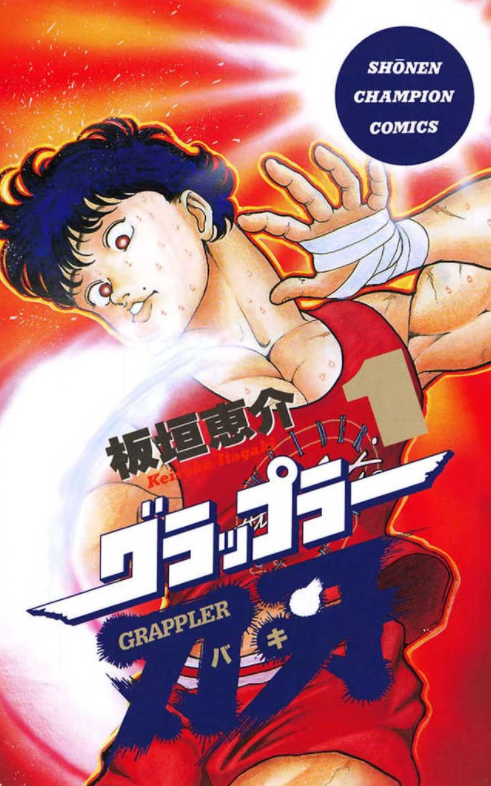 Baki the Grappler or Grappler Baki is a Japanese action manga series written and illustrated by Keisuke Itagaki.
The manga series was serialized in Weekly Shounen Champion from 1991 to 1999. Its chapters were compiled and published into 143 separate volumes. The entire Baki series is divided into five parts, with a collective of 143 volumes. The manga series has over 85 million copies in circulation, placing it in the best-selling manga ever category.
An anime adaptation of the manga was released in 2001, consisting of 48 episodes. In 2018, Netflix also released an ONA for the series, which gained massive popularity.
Baki Series
▸

The story begins with a scene of a karate tournament. A group of fighters are shown discussing with their instructor and telling him how they all got eliminated by a white-belt kid named Baki. The instructor erupts in anger at his pupils for being KO’d by a kid, and beats them up for tarnishing the name of his technique. 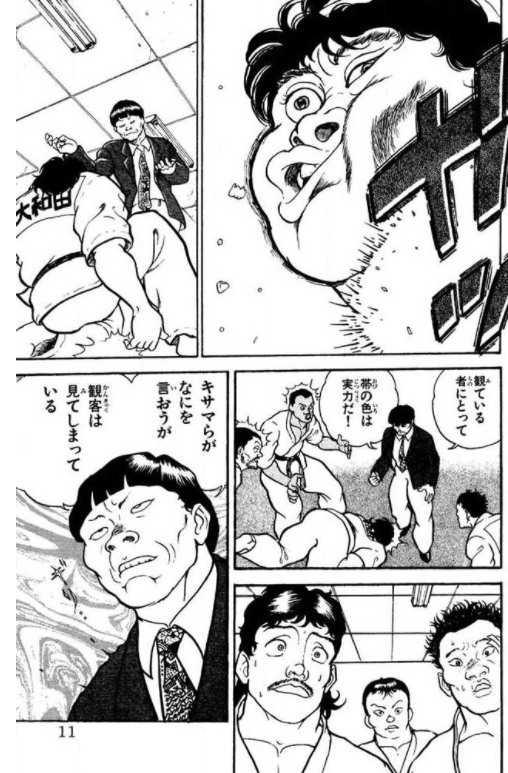 A huge man gets up from behind the room and warns his teacher to stop beating his disciples. He says he intends to beat the kid, Hanma Baki, in the finals. Overconfidentally, he states that the boy is no match for him and orders the instructor to shut up.
To demonstrate his strength, he grabs the side of a wall. The strength of his grip breaks the wall, as the spectators stand stiff in fear. 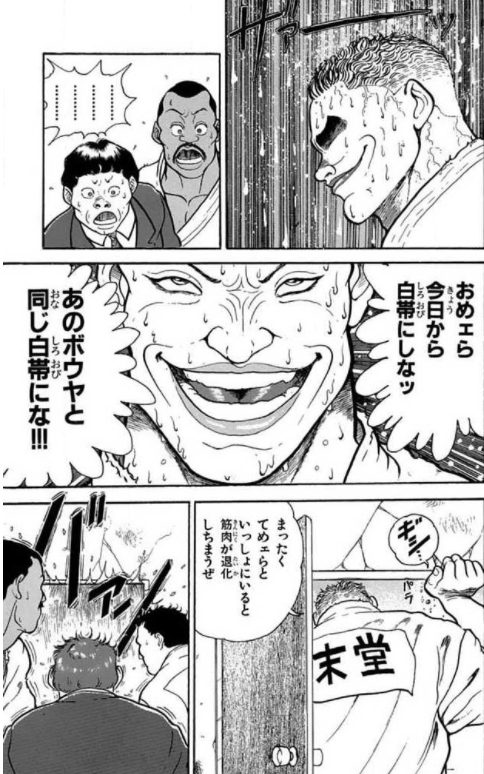 We cut to the scene of Baki eating non stop in the waiting room. Before his battle, he is consuming some high-energy snacks. The other guys in the room look terrified of his battle-scarred body, as he chomps down on the remaining food.
A man enters and informs them that the director's demonstration is currently taking place and that Baki’s match is up after that. 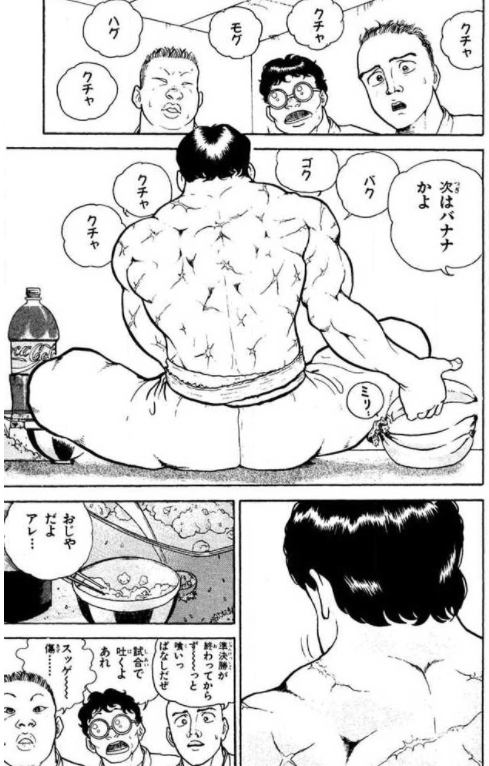 Mr Orochi Doppo, the director of the God Mind Group, is in the ring. To show off his talents, he strikes a massive earthen pipe and shatters it into dust like particles. The crowd erupts in applause at the sight of his unrealistic strength. 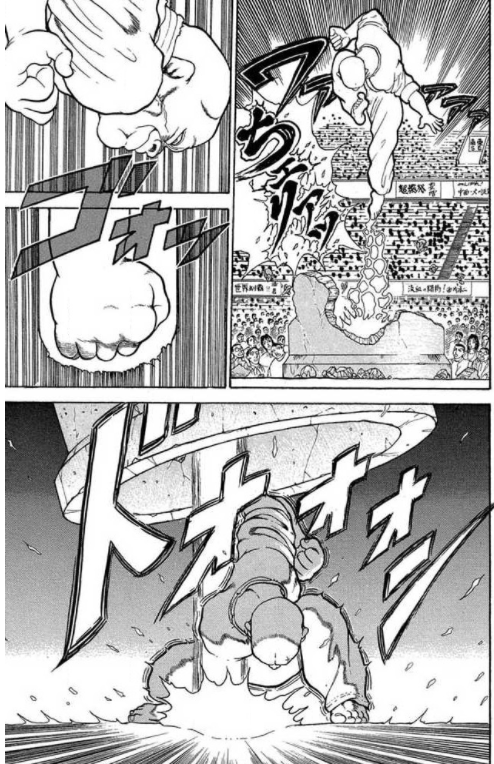 Suedou, Baki's opponent, on the other side, is also displaying his skills. He strikes a mit supported by three men, sending them all flying away. Driven mad by his strength, he is on the verge of murdering the men holding the mit, before he is stopped by another one of his team mate . He ignores him and moves towards the stage for his match. 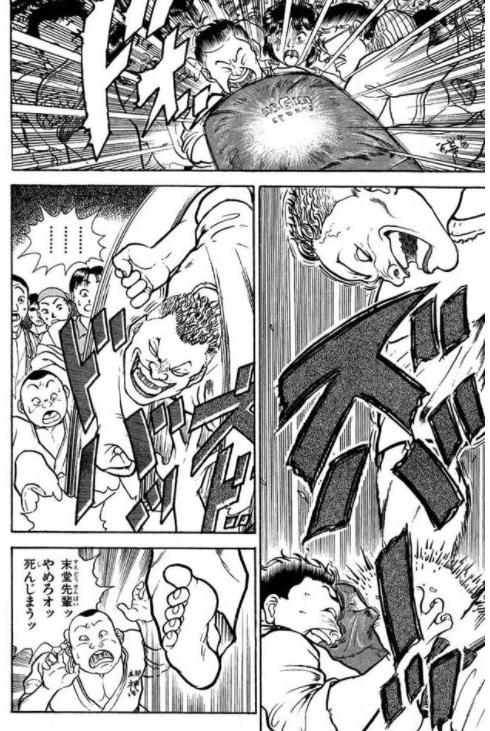 After the demonstration, Orochi is walking back into his room, when he runs into Baki. He tells Baki how he’s been studying his matches since the beginning.
Orochi suddenly throws a punch at Baki to put him to the test, but he easily dodges, claiming it to be an incredible punch. 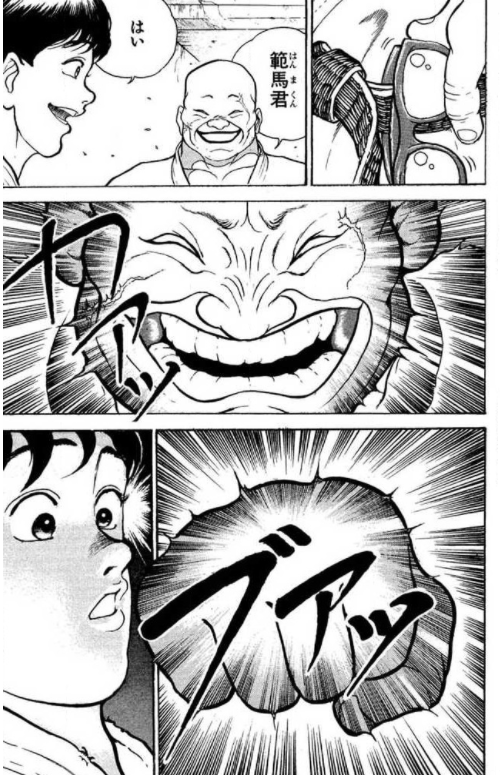 Orochi becomes ecstatic and thinks to himself, as Baki leaves to battle Suedou, that he is really looking forward to their match. 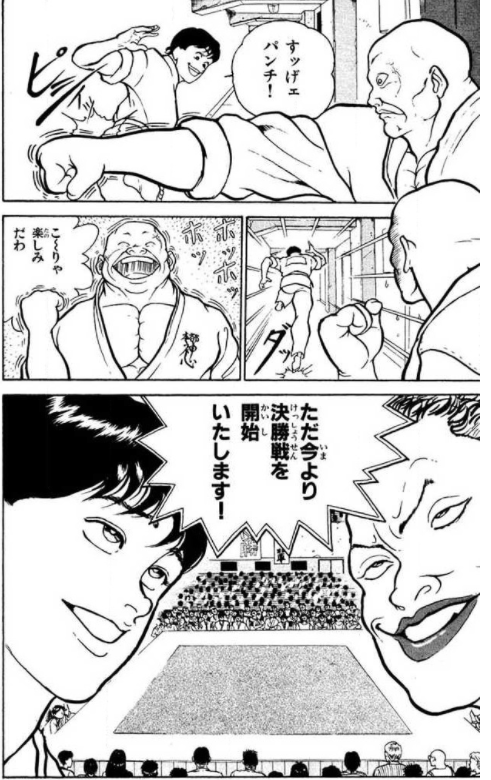 How will their battle play out? Who is this Baki? “
Itagaki Keisuke, Baki Series