Have you ever thought about the world after “humans” become extinct?

Just like the dinosaur extinction, we, humans, may become extinct some day when living conditions change. If you think that time may be limited, I feel that I have to use my time wisely......

Today, I want to introduce the SF fantasy story that takes place in a world where no humans exist. It was already made into anime, so many of you may already know.
Land of the Lustrous
Houseki no Kuni 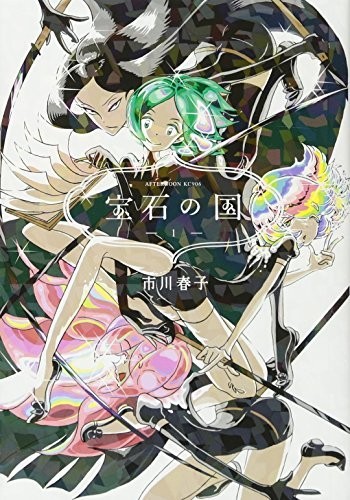 It was written and illustrated by Ichikawa Haruko-Sensei, who was the designer of the game, Pokemon Sun and Moon in 2016. This manga was nominated in the 10th male manga category of “Kono Manga ga Sugoi!” in 2013. Also it was made into anime in 2017 and got many people’s attention.

Land of the Lustrous (Houseki no Kuni) is very famous for its beautiful book design! Ichikawa-Sensei designed it and she was very particular about the details!

I first read it in an electronic format, but when I saw the book physically at a bookstore I could not help buying it due to the beautiful cover design, so I have the paper version as well!

Okay, today, I want to introduce this manga! I strongly recommend the paper version!

Land of the Lustrous
Houseki no Kuni

A long, long time ago, in this world, it was said that there were creatures called “humans.”
Shooting stars hit the world six times. Most continents sank under the sea. Living creatures from the land had to live on the ocean. Soon ecosystems collapsed and everything was gone. After many years, creatures like humans called “Gems” were born.
“Gems” were fighting against something like aliens called “Tsukijin” who tried to abduct the Gems from the moon. Gems were living close to each other on the limited land under a leader, Kongou-Sensei. 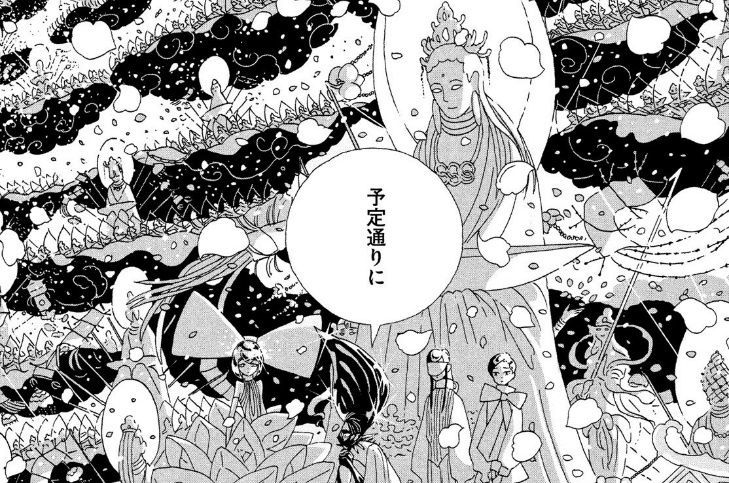 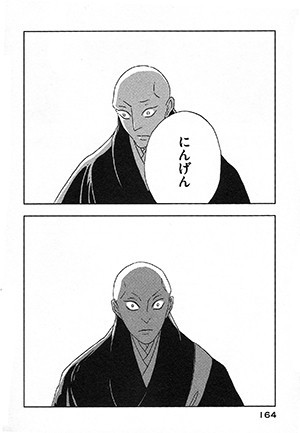 Kongou-Sensei
Phosphophyllite, also known as Phos, is a young and fragile Gem. He could not help others and had no work given due to her delicate conditions. He was not happy about his situation, but still had confidence to support his friends and was living freely. 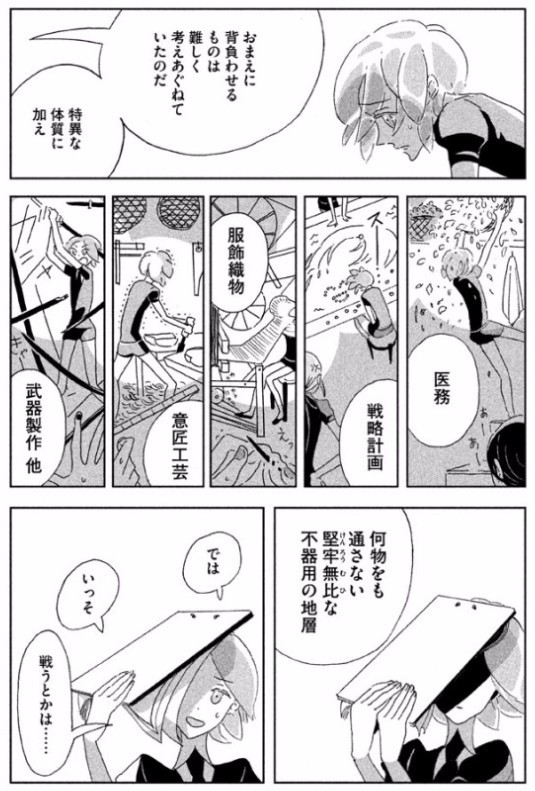 Phosphophyllite
One day, Phosphophyllite finally got a job from Kongou-Sensei. The job was to observe every creature on the land for a long time to investigate the changes and compile an encyclopedia. 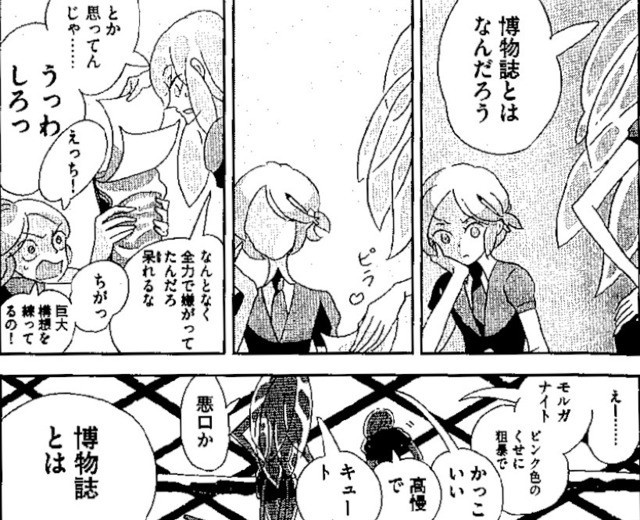 Although Phoshophyllite was saying that he wanted to fight against Tsukijin to support his friends and Kongou, just like Diamond and Bort, he could not do it due to his fragile condition. 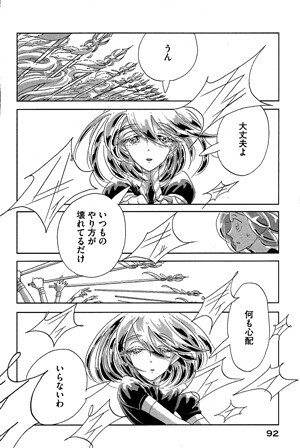 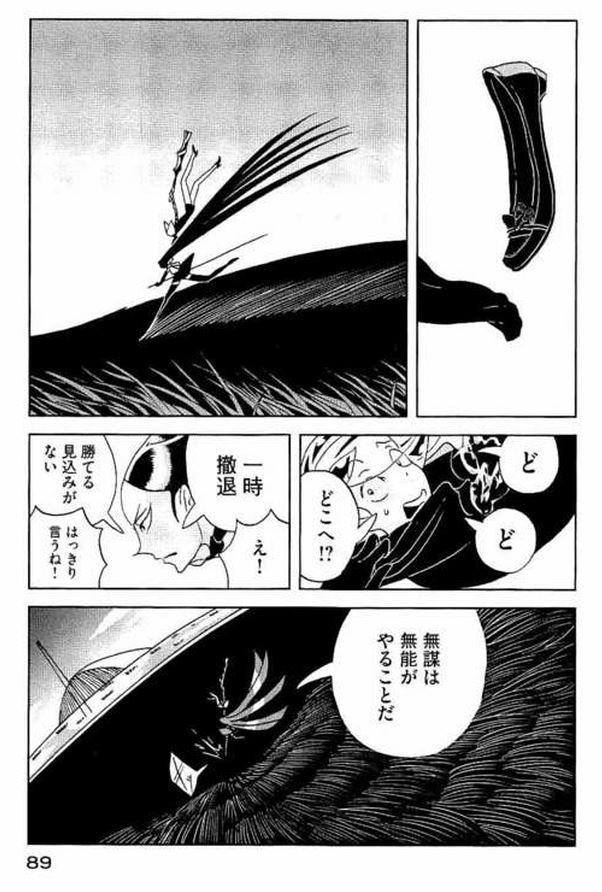 Bort
Phosphophyllite was reluctantly working on compiling the encyclopedia. One day around sunset, he was attacked by Tsukijin, but Cinnabar was patrolling that night and saved Phosphophyllite.
Cinnabar, an intelligent gem and was excellent in combat but has been isolated from other gems because of the corrosive poison his body creates. 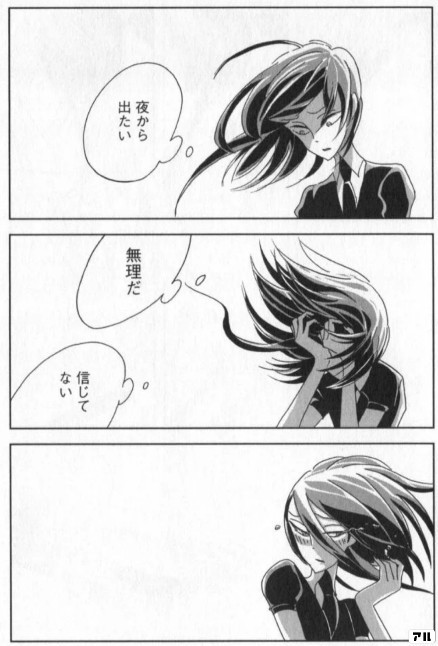 Cinnabar
Phosphophyllite asked Cinnabar to help compile the encyclopedia because Cinnabar has wide knowledge of the outside world. He never said OK, but replied......
“I have been waiting to be kidnapped by Tsukijin.” 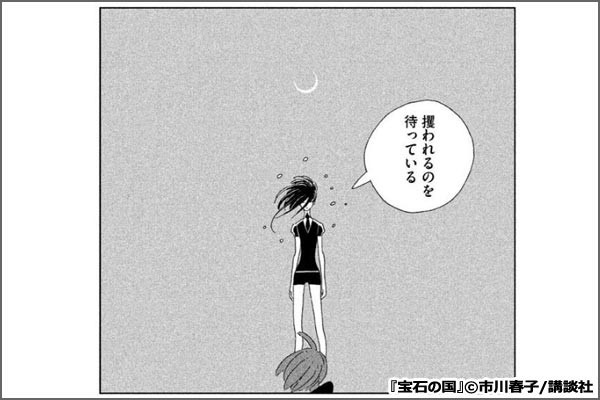 Cinnabar knows that Tsukijin attack them during the daytime in most of the cases according to his long observation. So the job he got, patrolling at night, is almost worthless. If Tsukijin kidnap him, he thought his life could be a little meaningful. Furthermore, he told Phosphophyllite that he thinks that other gems might feel bothered by his existence due to the corrosive poison his body creates. 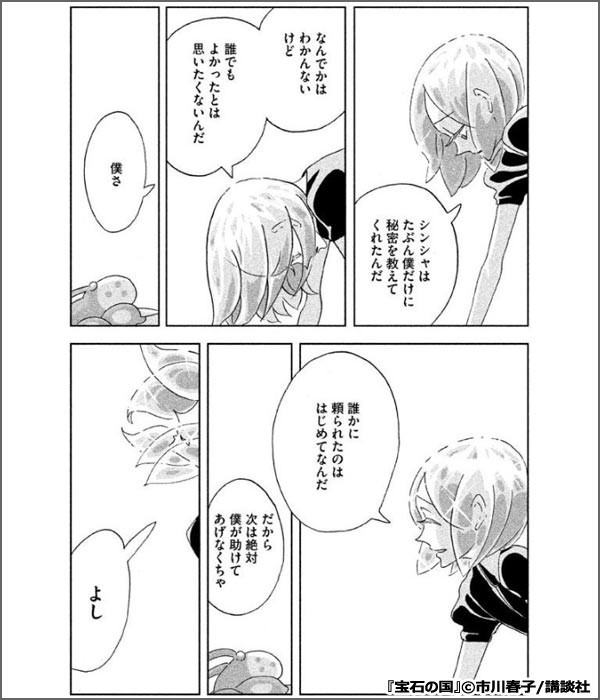 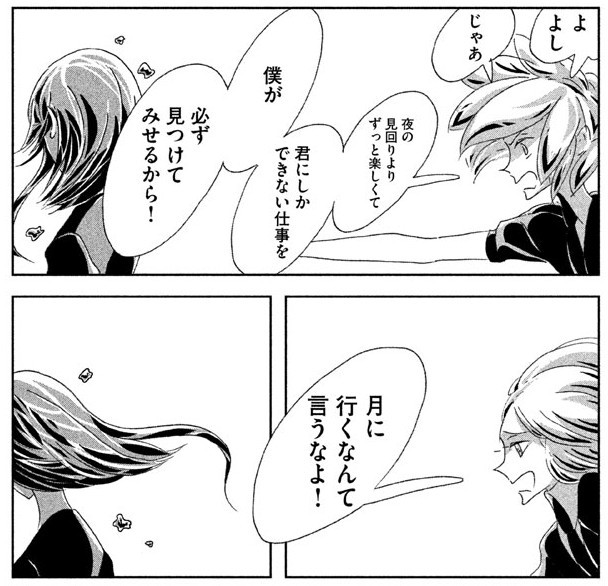 “I will find a job that only you can do!”
Phosphophyllite told Cinnabar.

The characters that have actual names of gem stones create soft and beautiful stories, but chapter by chapter, the story became crude and cruel...... 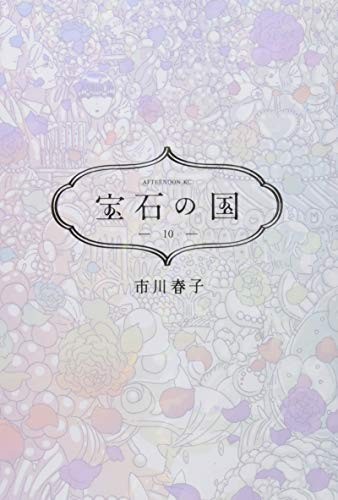 Okay, this is all for today! I will see you in the next article! Have a good day!
Land of the Lustrous (Houseki no Kuni), Ichikawa Haruko