What is “Your lie in April”? 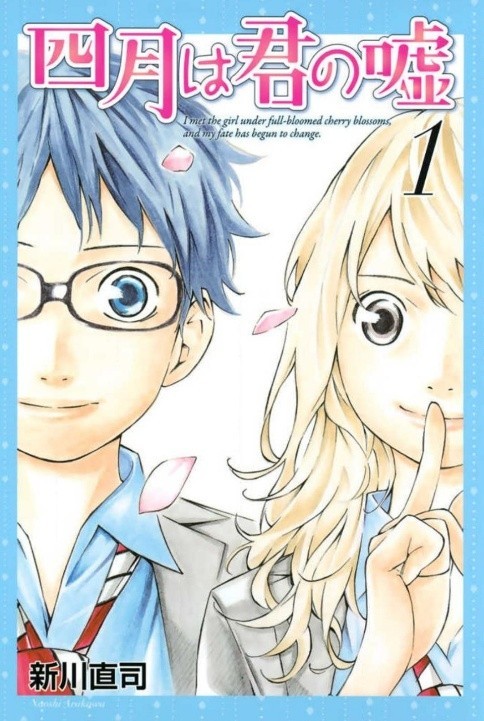 Your lie in April is a Japanese manga series written and illustrated by Naoshi Arakawa.
The manga series was serialized in Kodansha’s Shounen manga magazine from April 2011 to May 2015. It’s 44 chapters are compiled and collected into 11 separate volumes. The series won the 37th Kodansha Manga Award for Best Manga. It was also nominated for the 5th Manga Taisho Award. It is hailed as one of the most emotional manga ever.
An anime television series adapted by A-1 Pictures aired on Fuji TV in 2014, consisting of 22 episodes. A live-action adaptation of this series was released in 2016.
Your Lie in April (Shigatsu wa Kimi no Uso)
▸

The story revolves around Kousei Arima, a piano prodigy who loses his ability to play the piano at the age of twelve, after the sudden death of his mother. 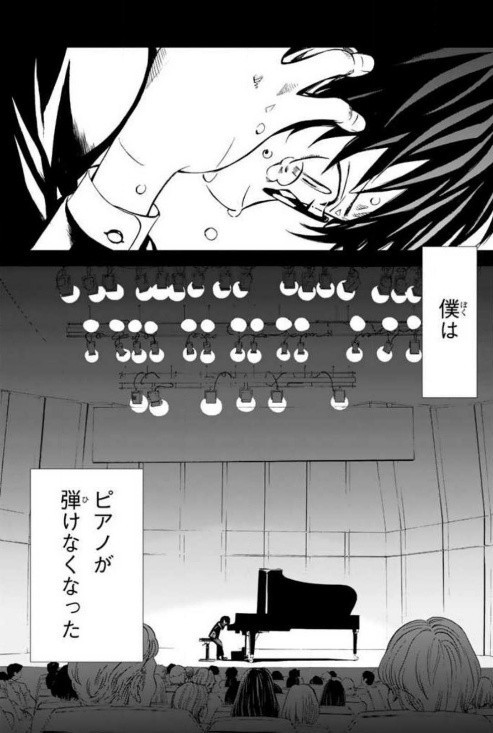 2 years later, as he is working in the music room, a baseball hit by his childhood friend, Tsubaki Sawabe, lands directly on his head, knocking him out and breaking the glass window in the process. 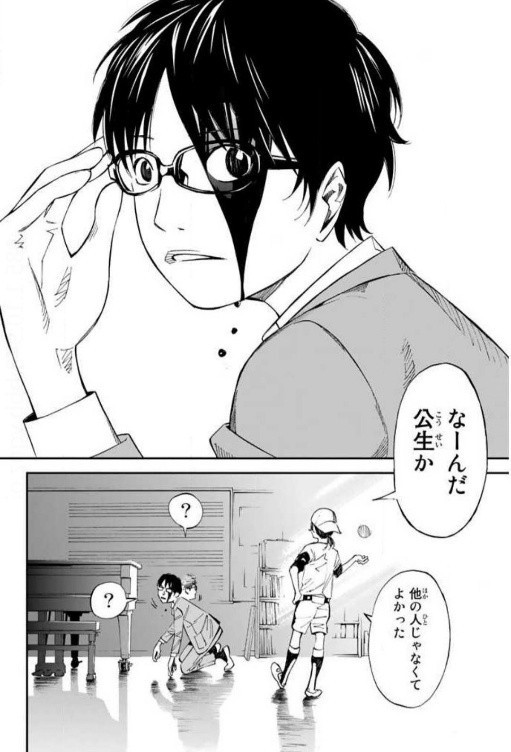 She comes to check up on him. She sees that Kousei is about to pick up the broken glass with his bare hands, and quickly catches his wrist before he does. That is when their other childhood friend, Watari, captures a shot of them holding hands and teases them by calling them a couple. 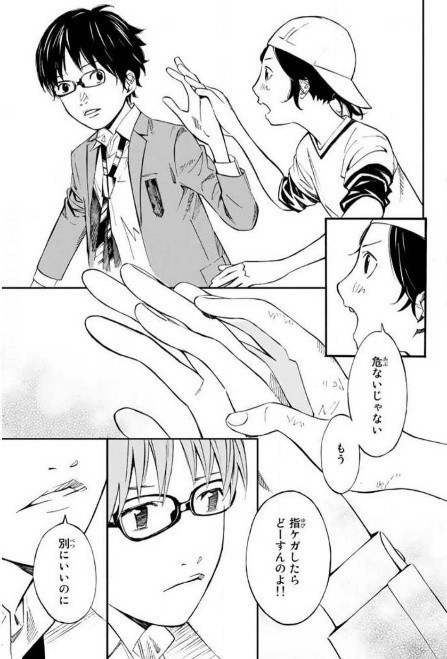 They apologize to the principal for the broken window and decide to head back home. As they are walking home together, Watari receives a message from a girl and runs off in a hurry. The other two then head off to their respective homes. 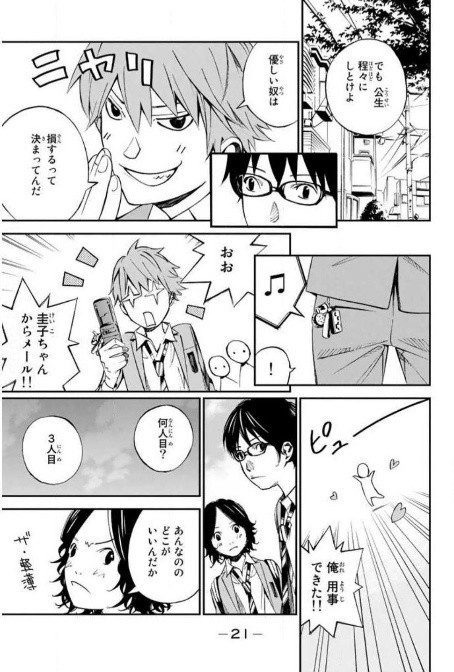 The next day, as Kousei is working in the class, Tsubaki shows up and lectures him about enjoying the youth of his life. She then invites Kousei on a double date, as she was going to introduce one of her friends to Watari. 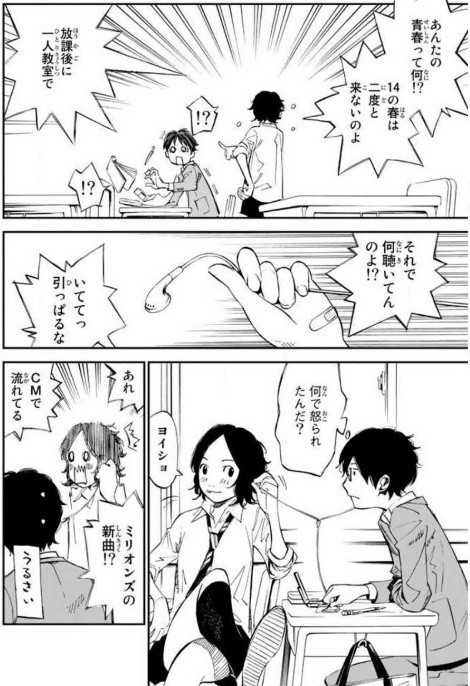 Kousei returns home, and looking at his mother’s picture, remembers how strict she used to be when it came to piano, as she wanted Kousei to be the most successful pianist that she never got the chance to become. 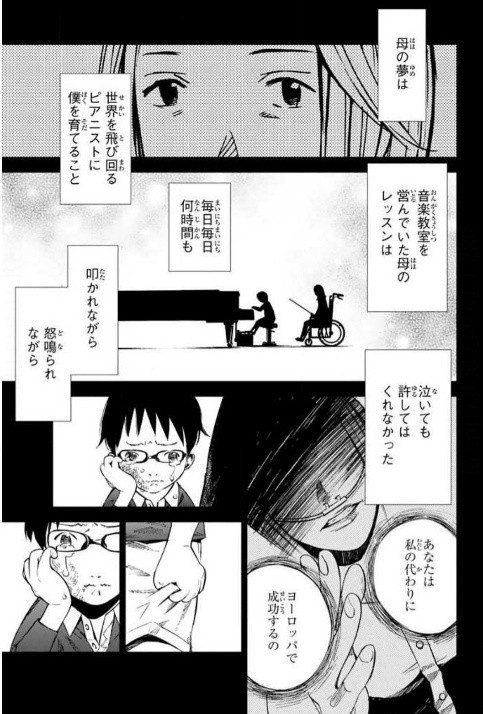 Kousei arrives at the spot where he was supposed to meet Tsubaki and Watari, but it seems that they are late.
As he waits for them to arrive, he hears the sound of a melodica being played. He follows the sound to its source where he spots the bare feet’s of a girl playing the melodica. As he looks up at the girl, he remembers a quote from Miwi:
“ The moment I laid eyes on her, my whole life just blew away. Everything I saw and heard, everything I felt, the world around me took on color in a way I never knew that it could”. 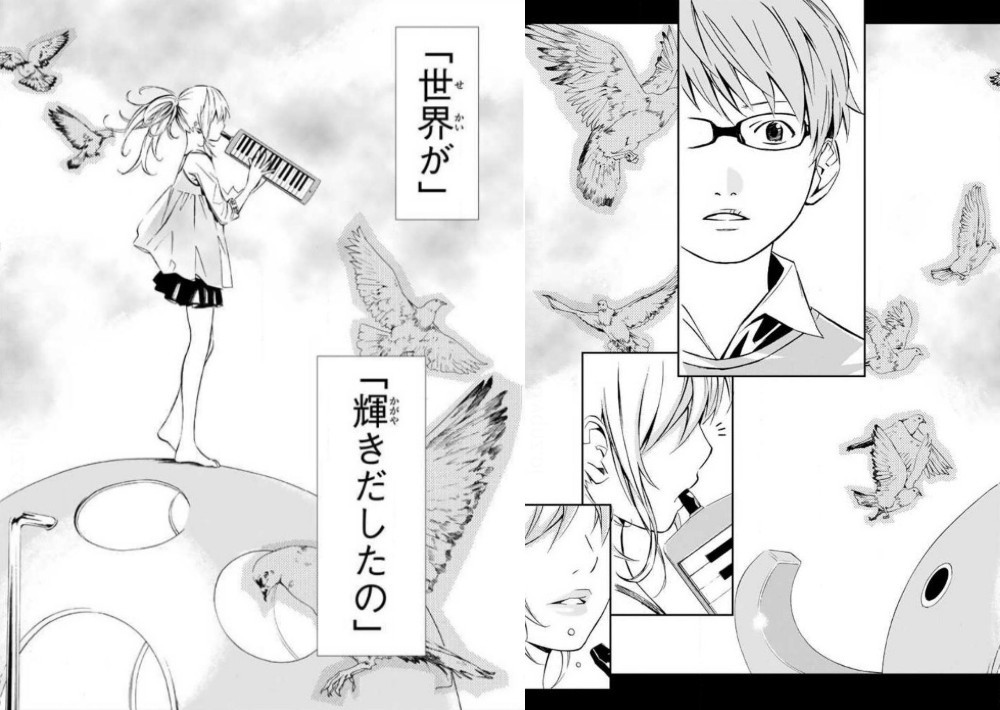 Kousei tries to takes a picture of this beautiful moment, but things get ugly when a gust of wind lifts up her skirt, giving her the notion that Kousei is trying to sneak a peek. In a fit of rage she throws the melodica at his face and starts pummeling him, telling him to delete the picture. 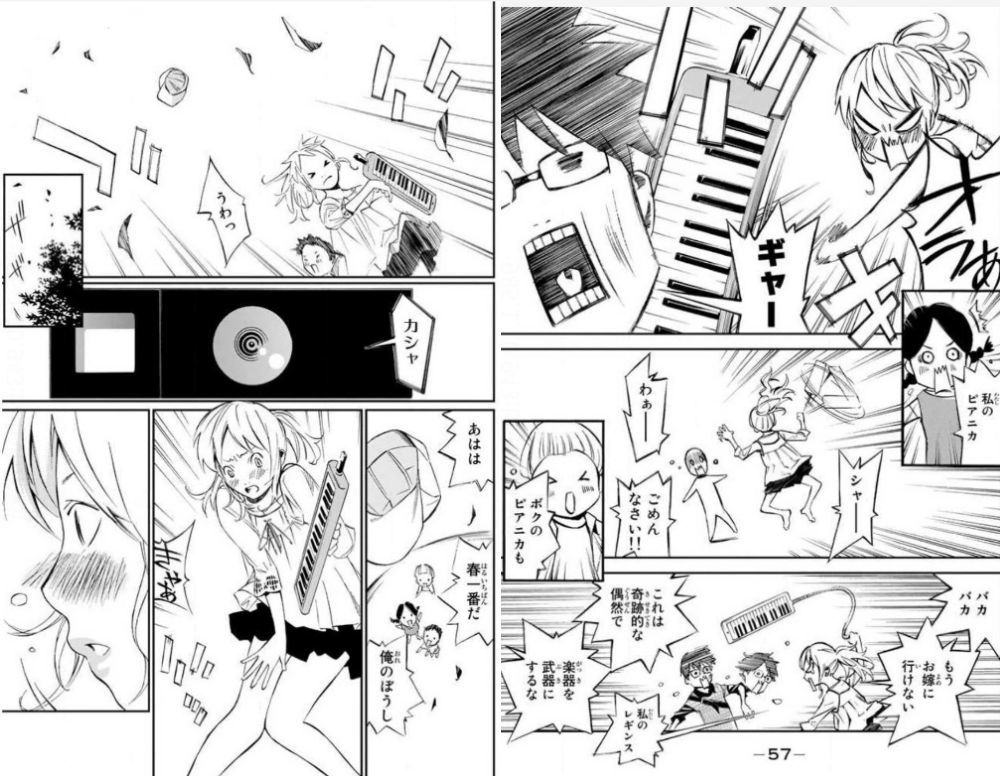 As she is choking Kousei with an instrument, Tsubaki and Watari arrive. Seeing them, the girl changes into a cheerful mood and greets them. Tsubaki introduces the girl as Kaori Miyazono, to both Watari and Kousei. 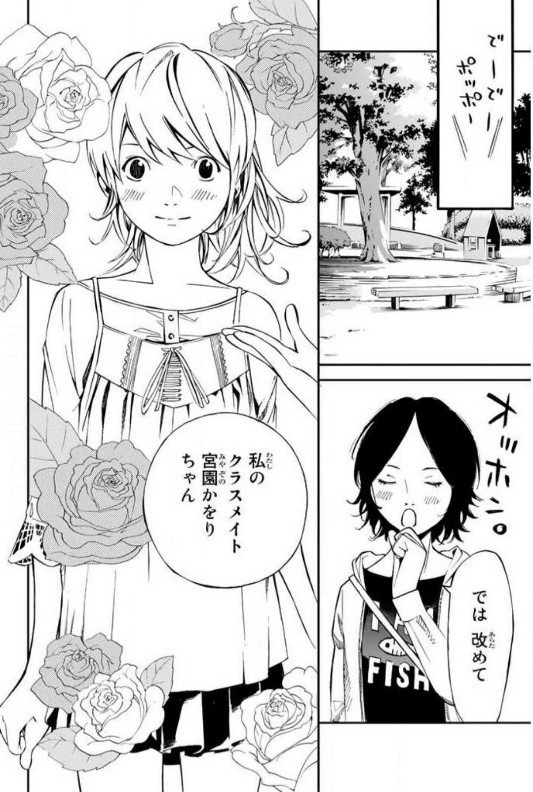 Kaori apologizes to Kousei about her early behavior while giving him a death glare, telling him to delete the picture. 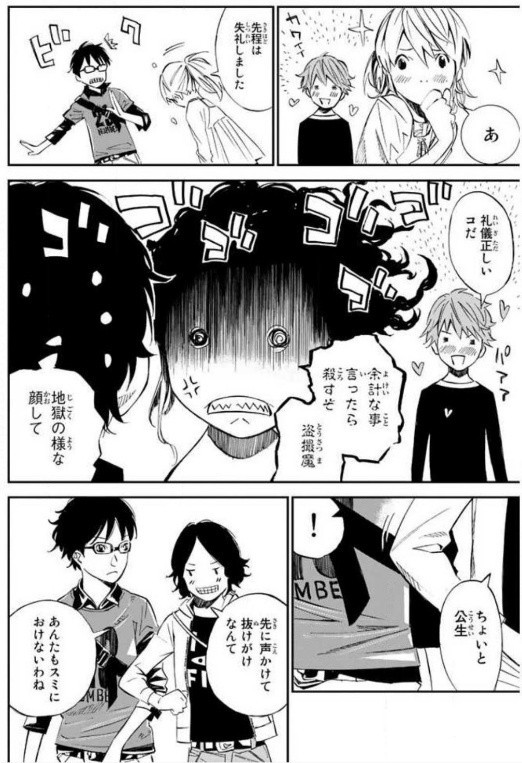 Tsubaki tells everyone that Kaori is a violinist and her show is about to start at the auditorium. Kaori Invites everyone but Kousei is reluctant to go, so Kaori grabs his arm and with a smile on her face, she drags Kousei by his hand to the auditorium. 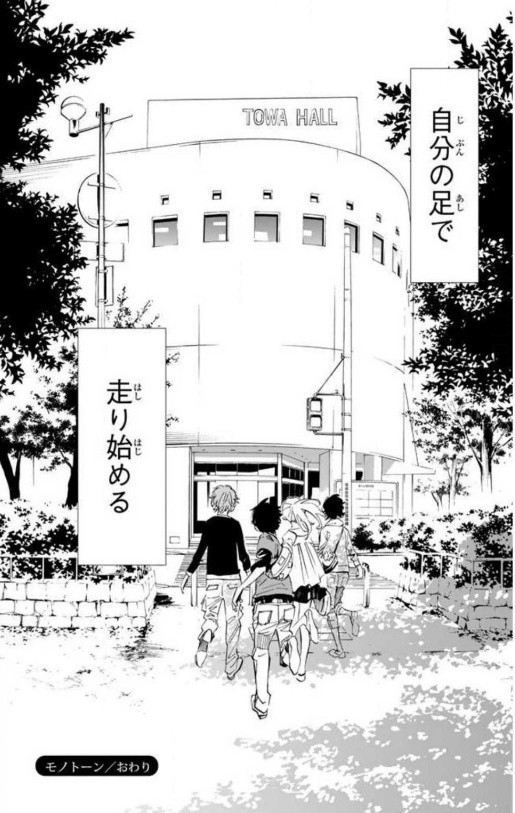