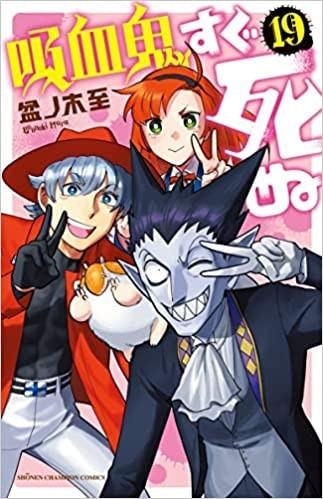 Because of the super interesting anime version, the original manga are selling very well!
The latest comic book is released for the popular anime series which has been airing since October 2021. 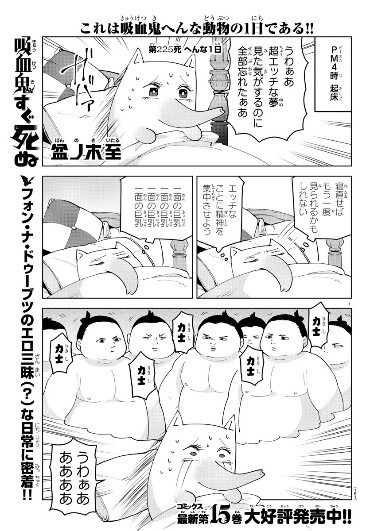 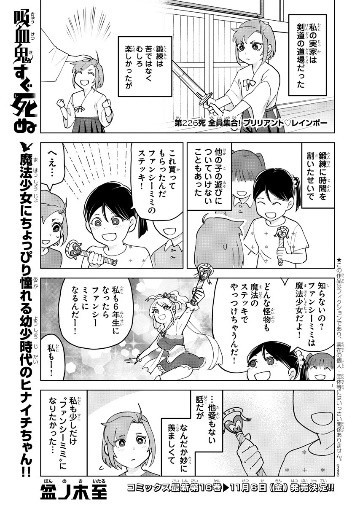 The Vampire Dies in No Time’s interesting story and good tempo made this anime really popular in the world. (Kyuuketsuki Sugu Shinu)! In the latest volume, volume 19, it describes the various characters' daily lives, secret past scenes of Hanaichi-Chan, and more! This manga is a comedy series in which each episode is a complete story so it is easy to read! AND John is soooooo cute!!
The Vampire Dies in No Time.
Kyuuketsuki Sugu Shinu
▸ 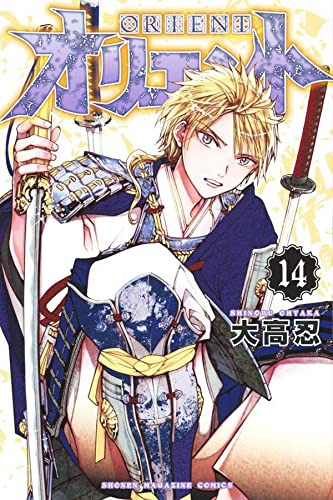 The anime will start airing in January 2022!
It is a story about boys who fight against demons that are worshipped as gods!! 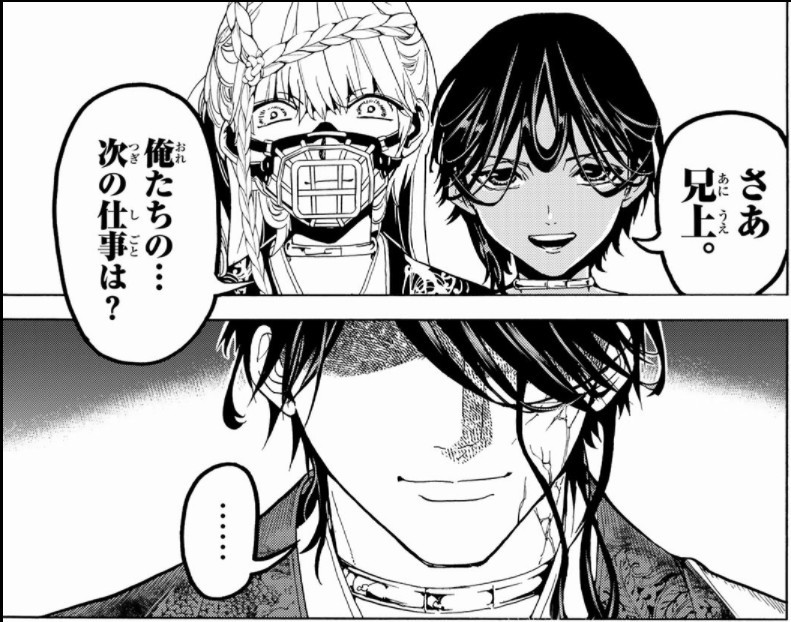 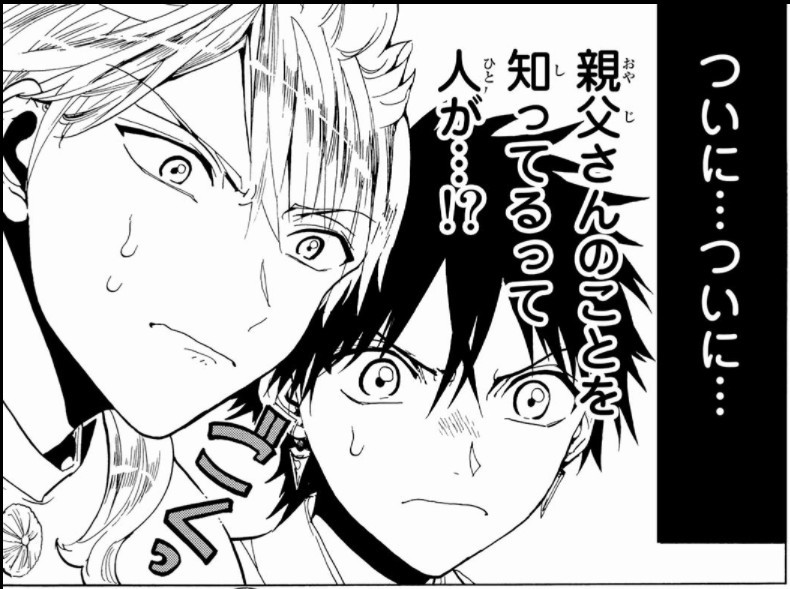 The author of “Magi: The Labyrinth of Magic”, Ootaka Shinobu-Sensei's latest creation, Orient! It will be made into anime!! In a different world, boys as samurai are fighting against demons that are worshipped as gods! Let's prepare for watching the anime that will start airing in January 2022! Check the original manga version now!
Orient
▸ 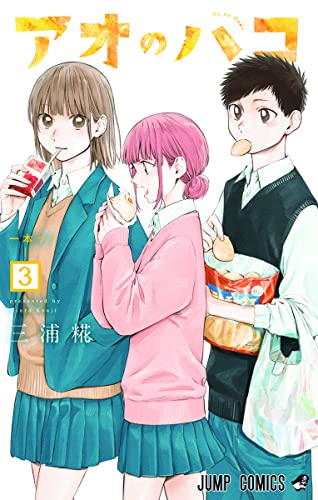 It is currently serialized in the Weekly Shounen Jump!
A love story about a boy who developed a crush on a senior student in a different club! 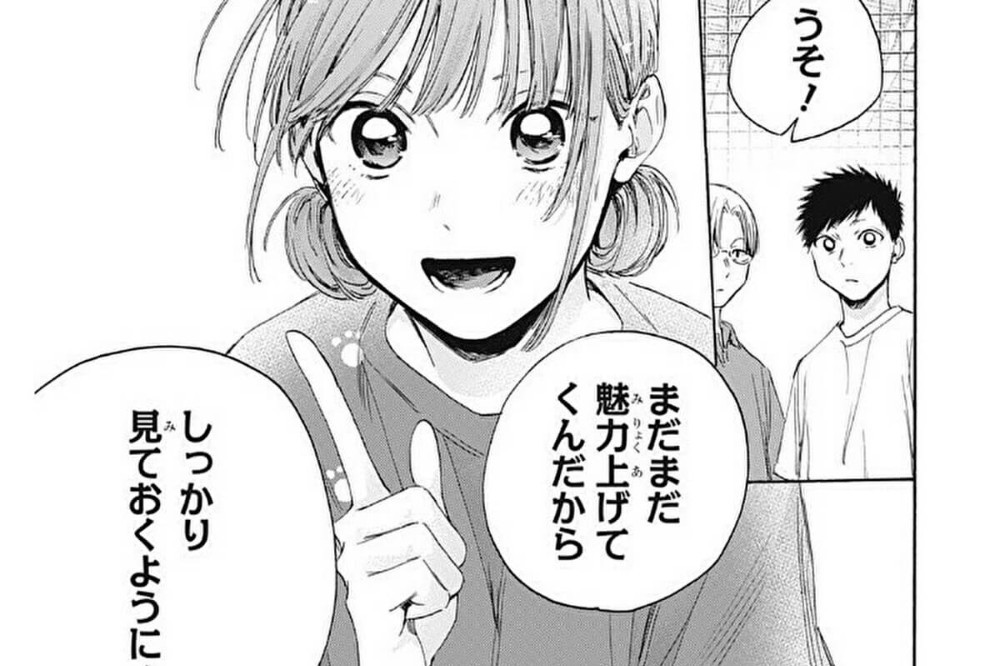 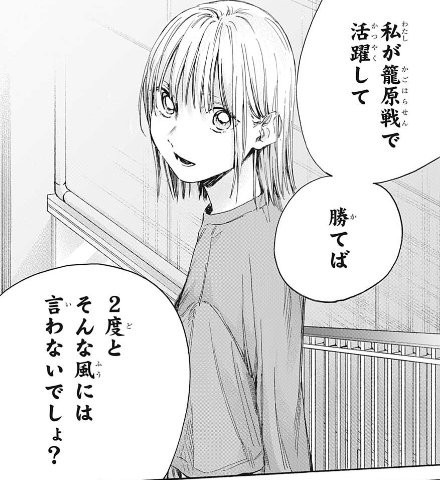 It is quite rare to see this type of story in the recent Shounen Jump magazine. This standard school romantic drama is about students’ pure love story and getting popular! Taiki is in the badminton club.
He is crushing on a senior student, Chinatsu, who is in the basketball club. Both clubs share the gym for morning practice. They get to know each other slowly despite being in different clubs and years in school, but one day they found something out!?
Standard romantic story but you can't take eyes off of it! The latest volume will be released!
Ao no Hako
▸

You will wake up in the spring
Kimi wa Haru ni Me wo Samasu
君は春に目を醒ます
vol. 9 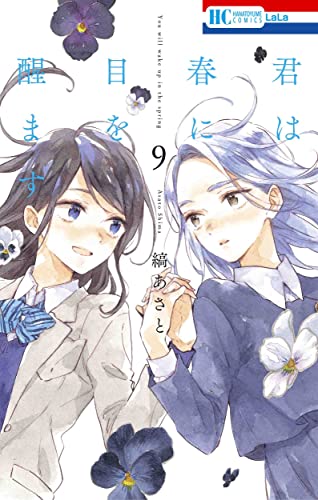 He was like a big brother in the neighborhood.
He always protected me from bullying.
If I could become older and the same age as him, I wonder if my first-love will bear fruit. 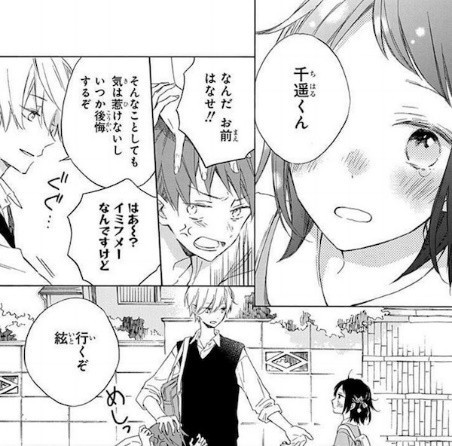 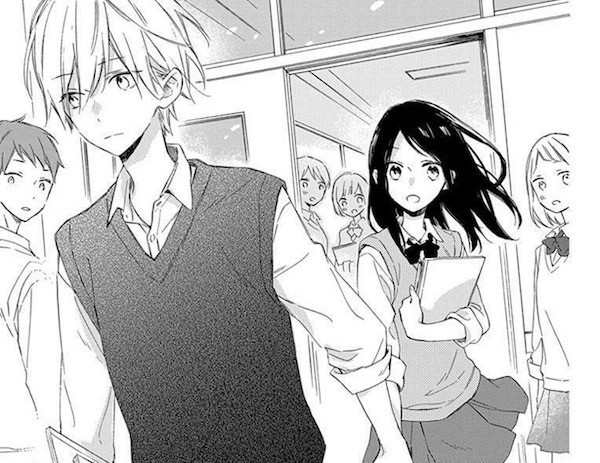 The main character, Ito, was often picked on by neighborhood boys. An older boy in the neighborhood, Chiharu, always helped her with these boys. Ito started liking Chiharu a lot, but due to the big age difference, she thinks her first-love would not be fulfilled. However, in order to slow down his illness, Chiharu will have to try artificial hibernation!!! A few years later, when Chiharu woke up from the hibernation, Chiharu and Ito became the same age!! They now have a different distance due to age.
What is going to happen between the two!? A noteworthy Shoujo manga for 2022!
You will wake up in the spring
Kimi wa Haru ni Me wo Samasu
▸ 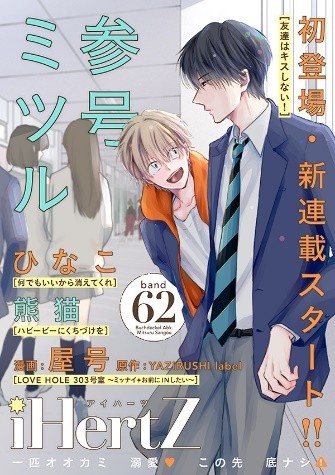 Usually friends do not kiss each other, right?
Then why was I kissed???
A kiss begins the love story. It is one-shot BL comic! 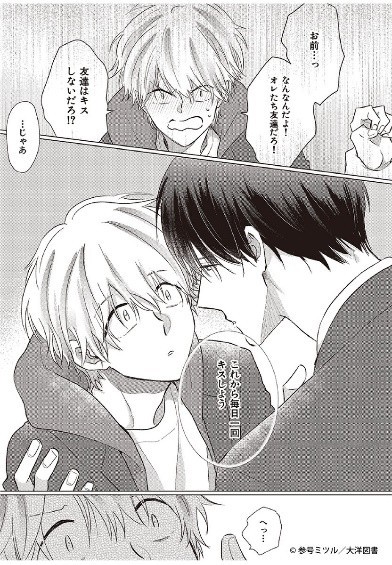 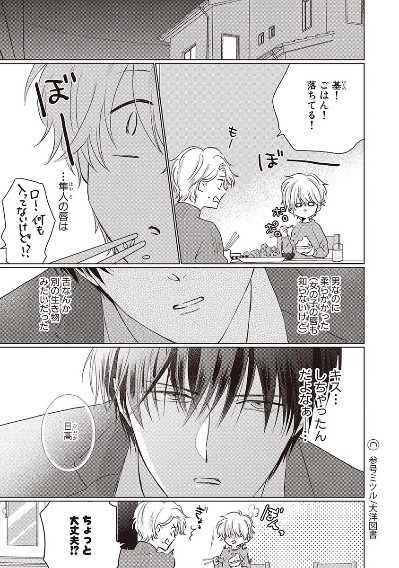 Usually friends do not kiss each other, right? However, the main character, Hidaka, was kissed by a friend, Hayato. At the same time, Hayato confessed that he liked Hidaka. It looks like his love story begins!?
It's ok to start a relationship with a kiss! This BL comic book is a complete story and easy to read! A recommended BL manga for 2022! 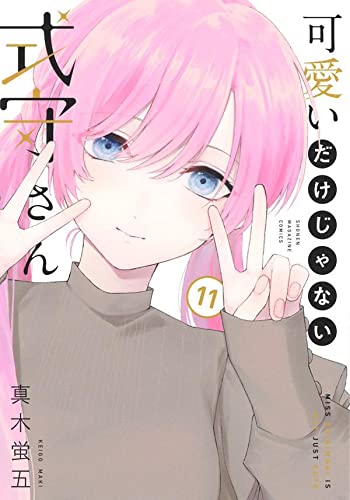 She is the cutest but also coolest!
The anime will be aired in April 2022!
Don't miss the latest comic book!! 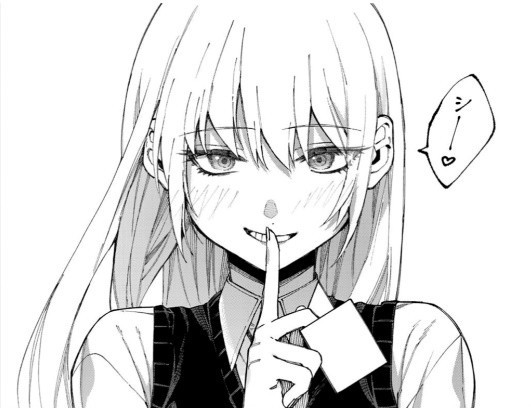 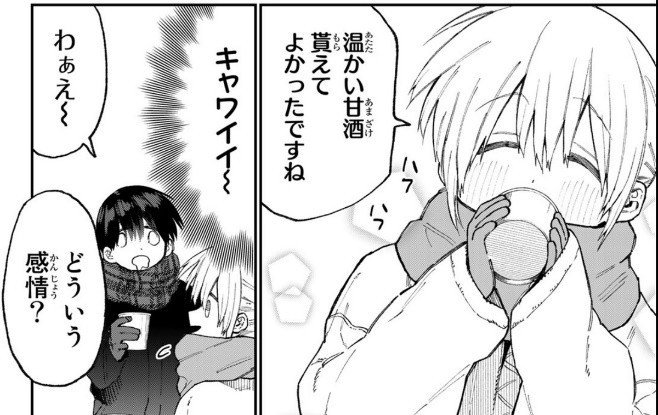 Clumsy high school boy, Izumi, was dating with a cute and cool girl, Shikimori-San. Sometimes she is really cool, but also super cute! The anime will start airing in April, 2022! Super popular romantic comedy manga! The latest comic will be released and it’s recommended to read the whole series by April!!
Miss Shikimori is not just cute
Kawaii dake ja Nai Shikimori-san
▸ 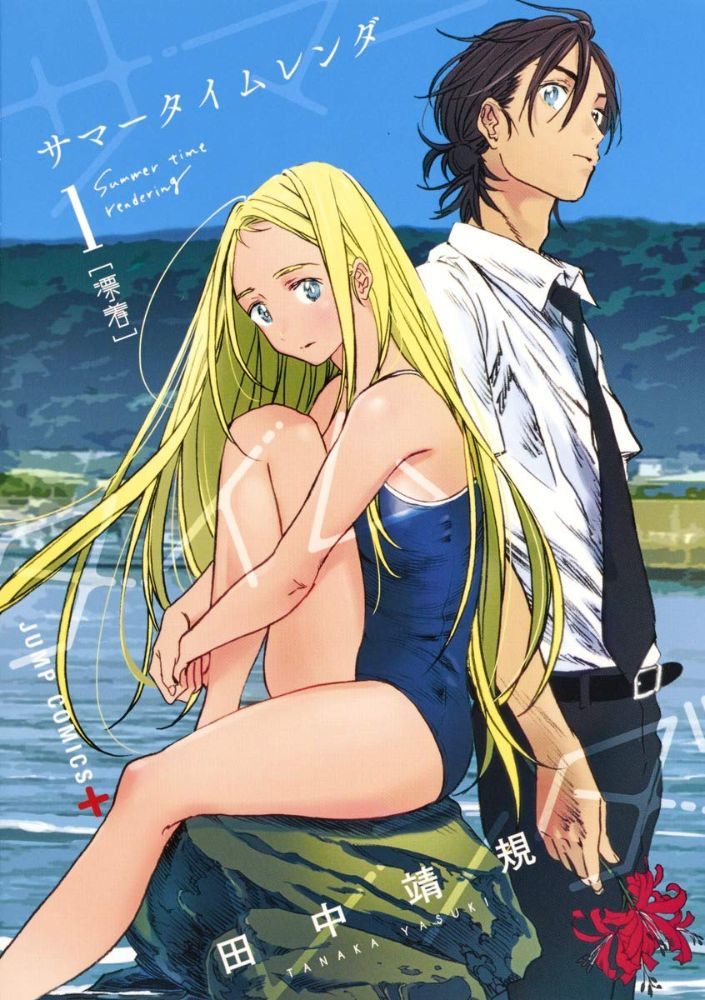 https://manga-republic.com/product/tag_page.html?tags=18988
The manga was said to have awesome foreshadowing! It was the best final episode in 2021!! Save the island from the mysterious existence!! Mystery x Time leap manga! 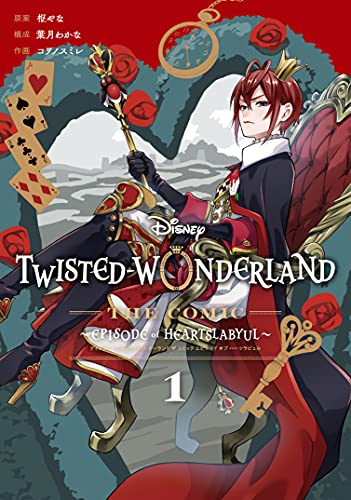 https://manga-republic.com/product/product_page_1376152.html
Popular smartphone game app, Disney Twisted-Wonderland will be made into anime!
The air date has not been set yet, but the 1st episode of main story from the game version was comicalized and released! 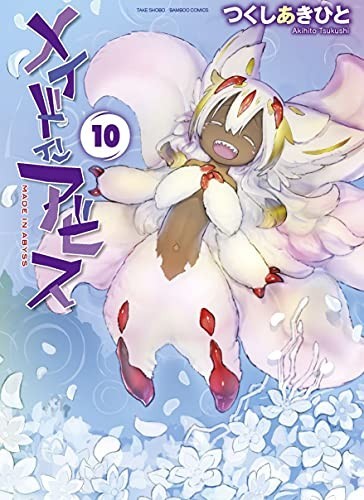 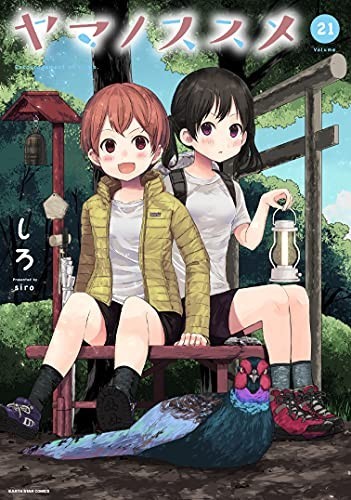 https://manga-republic.com/product/tag_page.html?tags=14668
It will be aired in 2022!
To look for a new view, climb the mountain!! Once you read it, you can't stop climbing the mountain for sure!! You will know a lot about mountains! It is an outdoor manga!!

She professed herself the pupil of the wise man
賢者の弟子を名乗る賢者 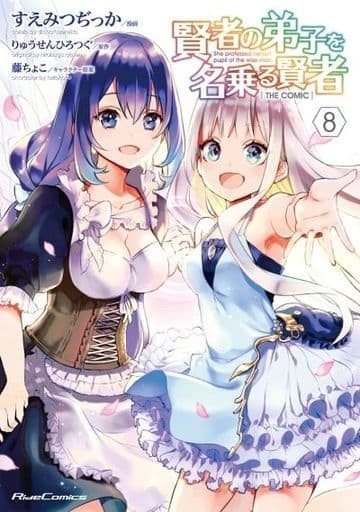 https://manga-republic.com/product/tag_page.html?tags=18308
It will be made into anime in 2022. “Narou” style manga!
The main character got into the world of online games. His body turned into the body of a cute character he made in the game the night before??? 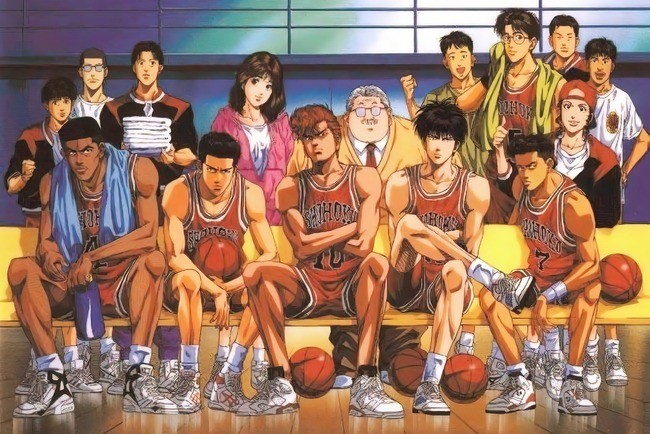 https://manga-republic.com/product/product_page_978811.html
Movie adaptation in fall 2022!
The worldwide popular basketball manga will be back! Now is the time to re-read it! 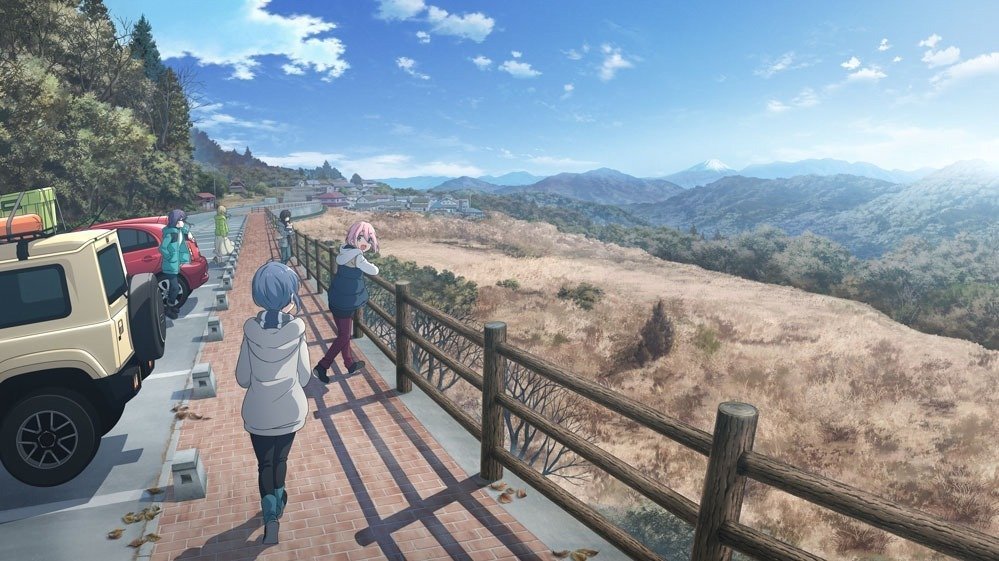 https://manga-republic.com/product/tag_page.html?tags=14666
Anime movie adaptation in 2022!
Once you read it, you can't stop going outdoors! Even if you can't go camping, you will find a lot of outdoor lifestyle ideas for your backyard in the manga! To relax, read this manga!! You will become a Nichijou style outdoor comedy manga!
Encouragement of climb. (Yama no Susume), Slam Dunk, You will wake up in the spring (Kimi wa Haru ni Me wo Samasu), The Vampire dies in no time. (Kyuuketsuki Sugu Shinu), Made in Abyss, Summertime Render, Ao no Hako, Orient, Miss Shikimori is not just cute, She professed herself the pupil of the wise man