Hi everyone! I want to make sure that there is a certain distance between myself and others to prevent the spread of infection. It's Boss from Manga Republic!

Hi there!! I always want to be super close to my cute cat and dog! It's Saori from Manga Republic!! 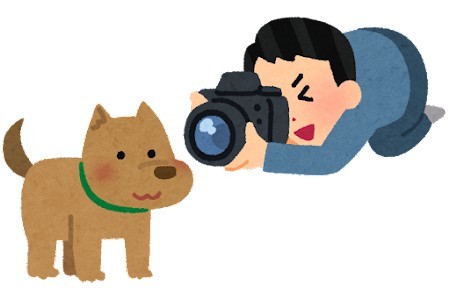 Animals may not like to be too close to people! So please give them some space...... It is important to give a respectable personal space.

What is Aharen-san wa Hakarenai? 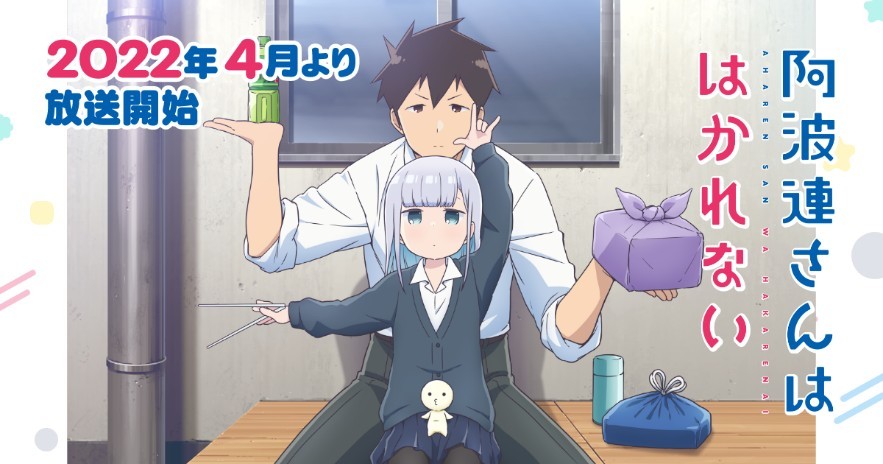 https://manga-republic.com/product/tag_page.html?tags=72541
Aharen-san wa Hakarenai is a romantic comedy manga that is written and illustrated by Mizu Asato-Sensei. It is currently serialized in manga streaming website,“Shonen Jump+” and the comic books are sold over 600,000 copies. It is a popular manga and number of views on the website are over 1 million! It has been announced to be made into anime in April 2022.

Aharen-san is a rare name in Japan, isn't it?

I heard that the last name, 阿波連（Aharen), is a commonly used last name in Okinawa area!
Okay! Let’s check the story!

Aharen-san wa Hakarenai - what kind of story is it?

It is a story about the main character, Raidou, and the girl in the next seat, Aharen reina.
They are classmates in the high school. 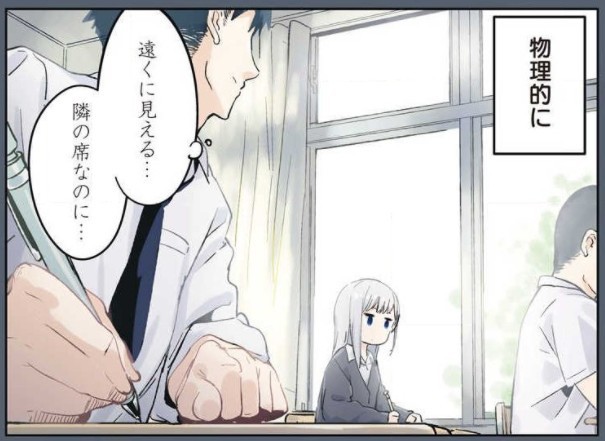 Aharen-San is a petite girl. Even though she is seating right next to Raidou-kun, he feels that she was sitting far away because of a sense perspective. 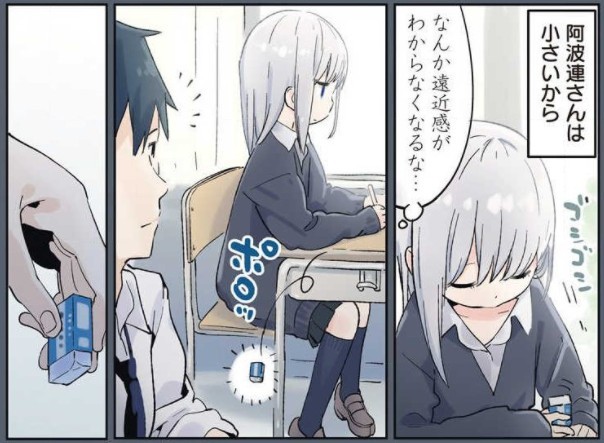 One day, Aharen-San dropped her eraser from her desk. Raidou picked it up. 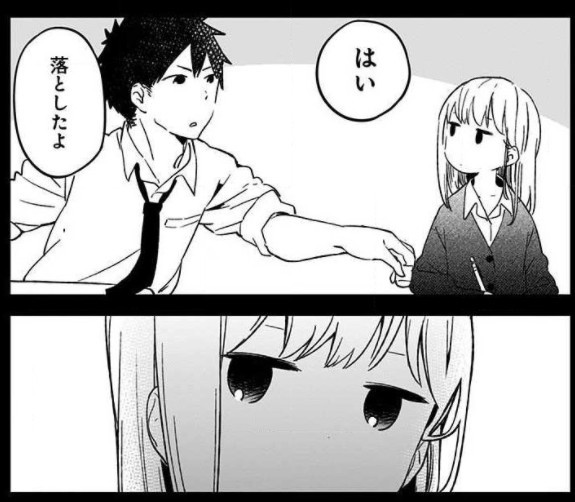 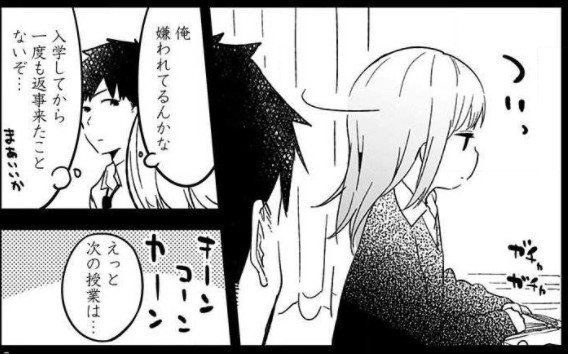 Aharen-San did not say anything, and turned away.
Raidou thought if she did not like him, but he did not mind too much about it because he never talked with her before. 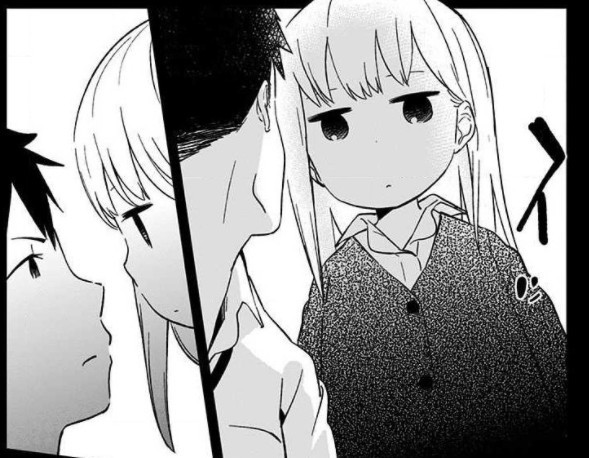 Then, right after that, Aharen-san came up right in front of Raidou. 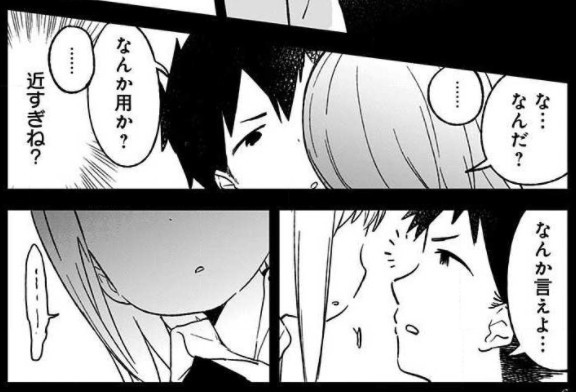 He wondered what she wanted and asked what the matter is. 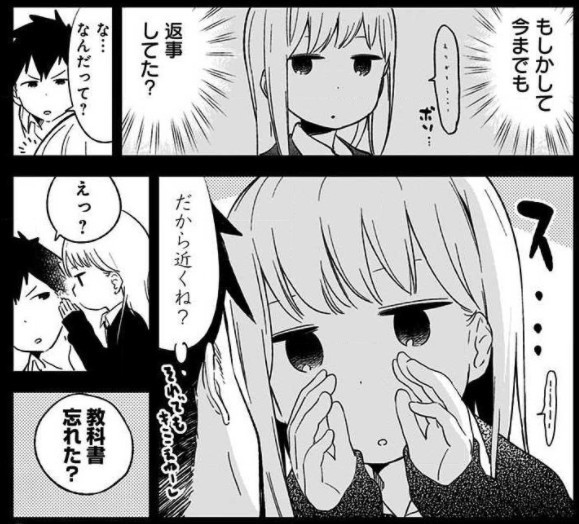 She replied with super small voice and he did not even understand what she said!
He also felt that he might have not noticed what she have ever said before due to her super small voice. While Raidou was thinking, Aharen-san said to him super quietly,
“I forgot my textbook today. Can I sse yours?” 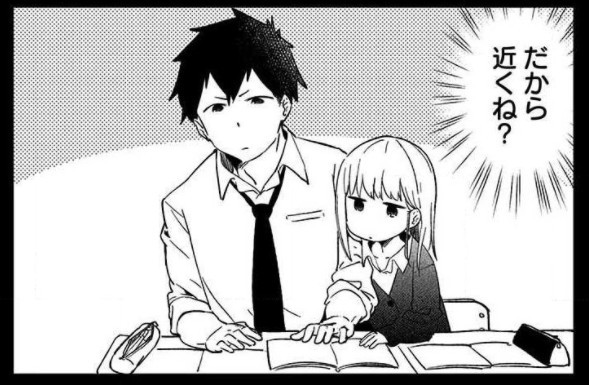 He realized that her voice was way too small and he missed whenever she said something.
Raidou felt bad about it and also felt strange about her sense of personal distance. 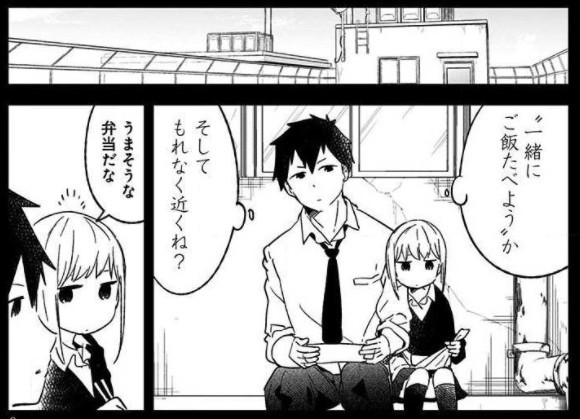 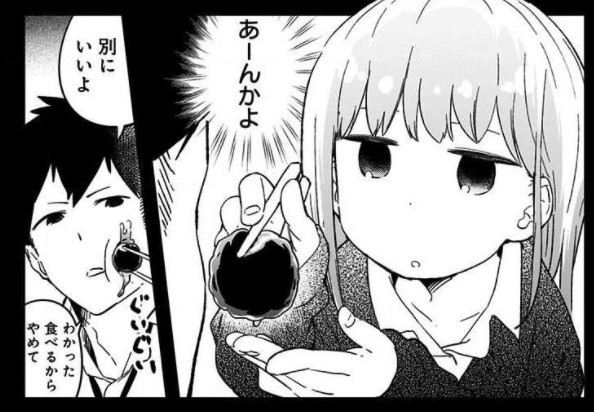 Although he felt that she was way too close to him, they spent time together. The next day, 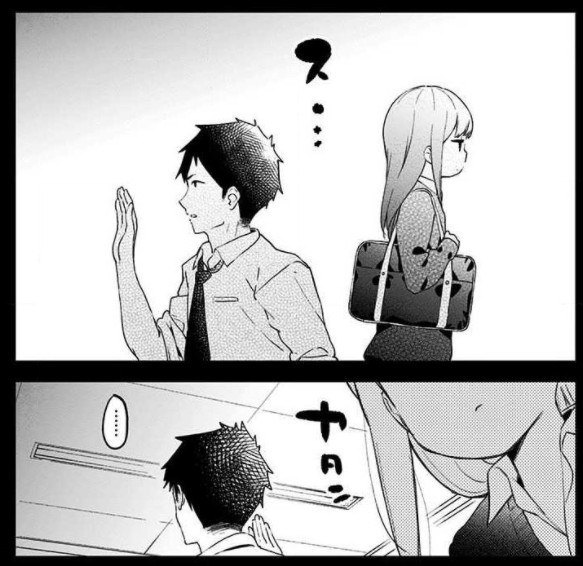 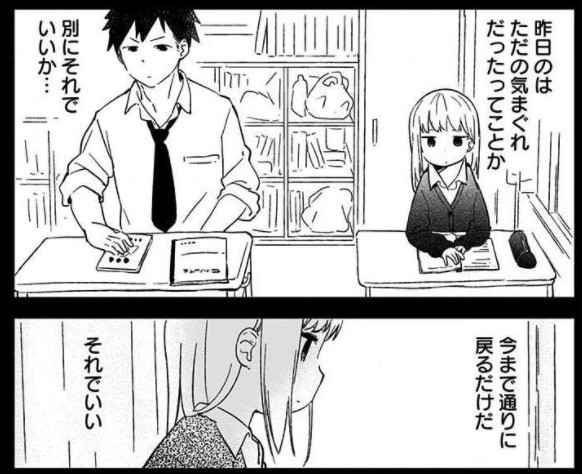 When Raidou said hi to her, Aharen-San ignored him. She did not look like talking to him.
She was right next to him yesterday! Was it just a fickle? 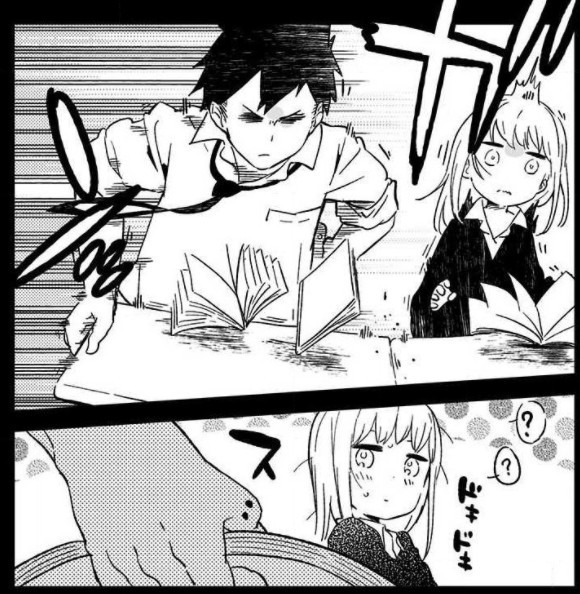 He was wondering, but Raidou noticed that Aharen-san forgot her textbook again. So he decided to put his desk against her desk and showed his textbook again. 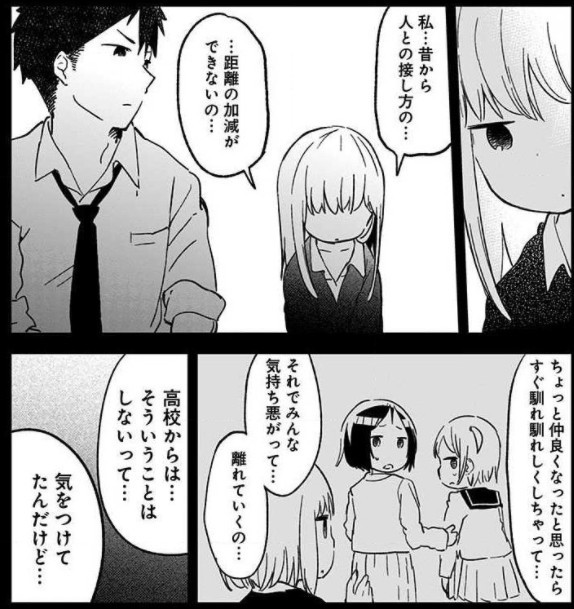 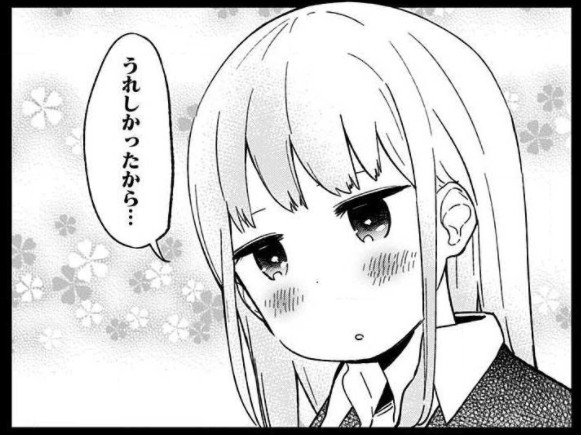 Then, Aharen-San appreciated him and told him about herself.
Aharen-San has trouble communicating and is a terrible judge of personal boundaries, always keeping people too close or too far away...... So people feel uncomfortable when she gets too close to them.
She was very happy that Raidou was nice to her yesterday, so she got too close to him. She felt bad about it after all. She was worried if her action might make him feel uncomfortable. 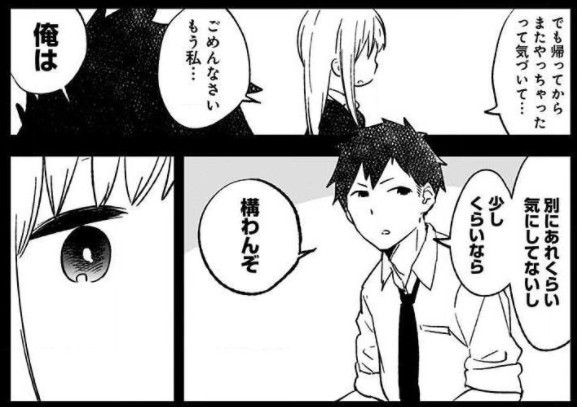 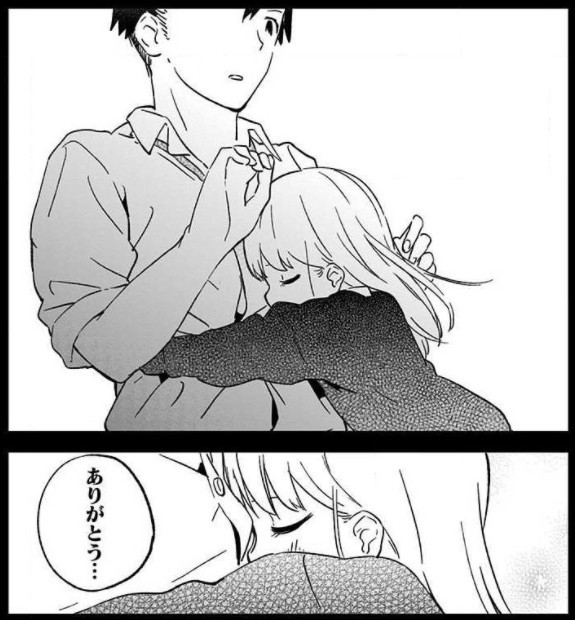 Then, Raidou said to her.
He did not mind it at all. He did not care if she comes close to him. He answered honestly.
Aharen-San really appreciated Raidou’s kindness.
This is a story of a couple who are having trouble finding a good personal distance in communication!

Aharen-San is lovely. Raidou-Kun is very kind and good kid.

While reading this manga, you may find many funny points. The story is very unique and interesting! Please check Aharen-san's sense of personal space by watching anime or reading manga!
Aharen-san wa Hakarenai
▸

That's all for today! I'll see you in the next article!!
Aharen-san wa Hakarenai