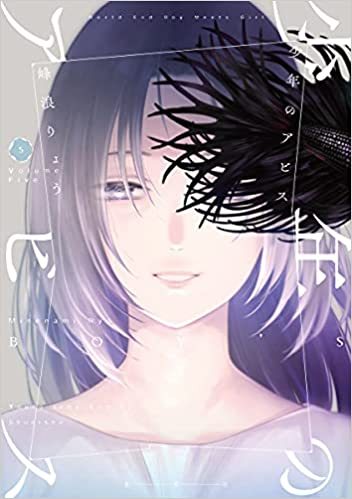 Peeking Humans’ “Abyss”: The Scariest “Controversial Story” EVER in 2021.
The Latest Volume Is Now Releasing. 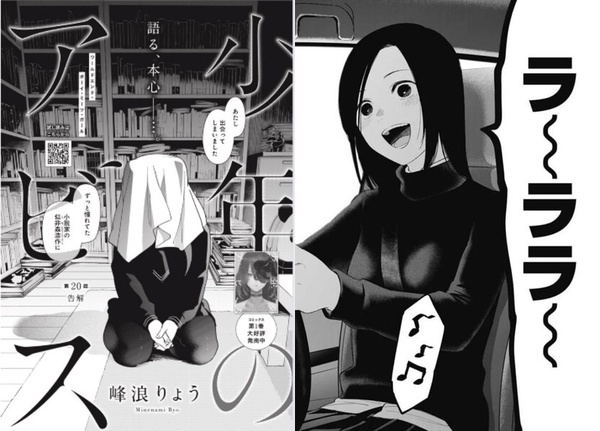 The boy, who was born and raised in the countryside, doesn’t have any future, where he works at the city, financial ability to leave his hometown, nor cruelness, where he leaves behind his shut-in brother or demented grandmother. He believes that his life is going to end in such a confined countryside, when a super famous idol shows up in front of him and whispers all of a sudden.
“Why not comit a suicide together?”
This is a story about a boy with a confined future, which could be seen anywhere in the world. This “controversial story,” attracting so many manga fans, is scheduled to release at the end of June. Where on earth will boy’s future go and how is this going to end up……?
【2021’s HOT Series】Can’t Take Our Eye off of “SUICIDES LOVE STORY” in Japan! Asking the Meaning of Death, Shounen no Abyss! 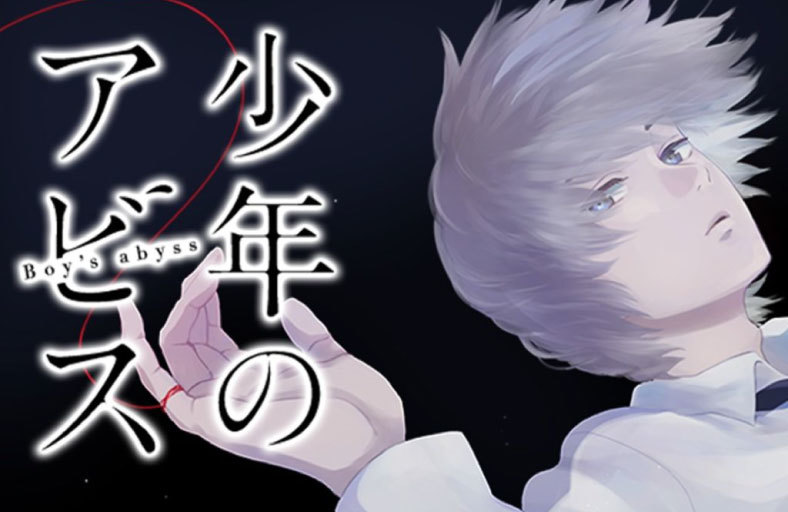 The Case Study of Vanitas
Vanitas no Carte
ヴァニタスの手記
vol. 9 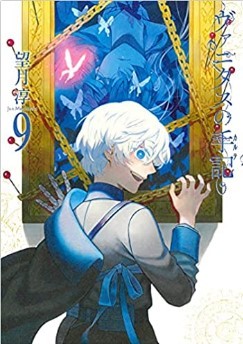 An anime television series adaptation will premiere in July 2021!
Here comes the LATEST volume of steampunk×dark fantasy manga, written and illustrated by the one who also worked on Pandora hearts! 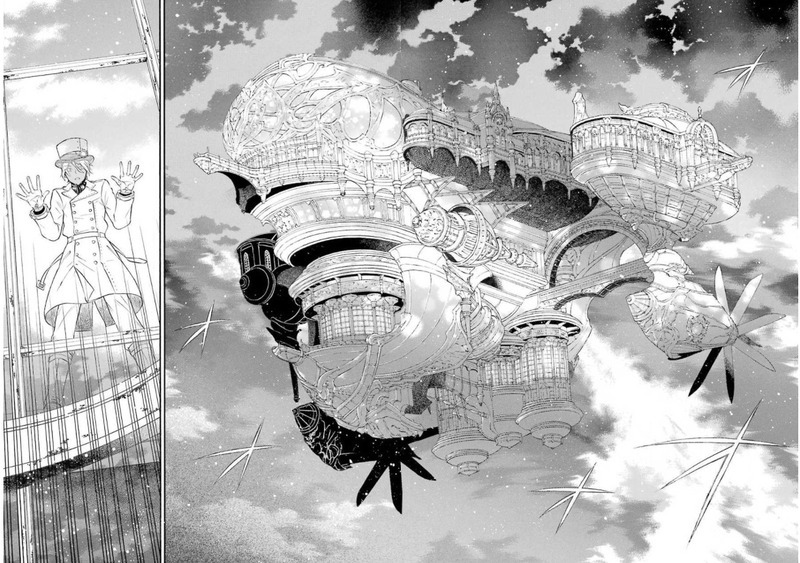 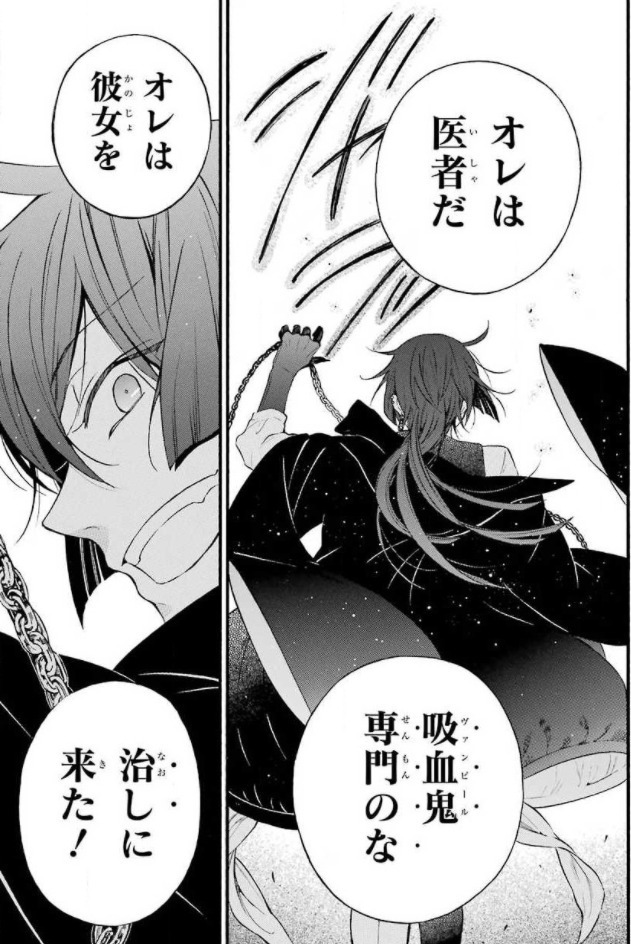 A very popular fantasy manga series, Pandora Hearts’ author’s latest work is about “vampires” in the world, where the machines and fantasy coexist. The story is set in Paris, France. Something is going to happen over “The Case Study Vanitas (Vanitas no Carte)” found in Paris, which would ruin all the vampires……! An anime series is scheduled to air in July 2021 so get ready by checking out what kind of story it is!
【Summer 2021 Anime】Featuring a Dark Fantasy Anime Series, Starting to Air in July, “The Case Study of Vanitas (Vanitas no Carte)”!! 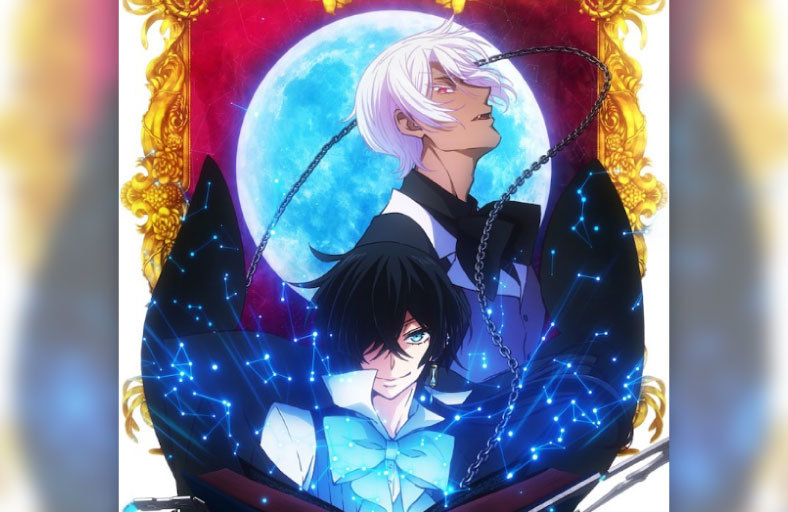 https://manga-republic.com/blog/entry_224.html
The Case Study of Vanitas
Vanitas no Carte
▸ 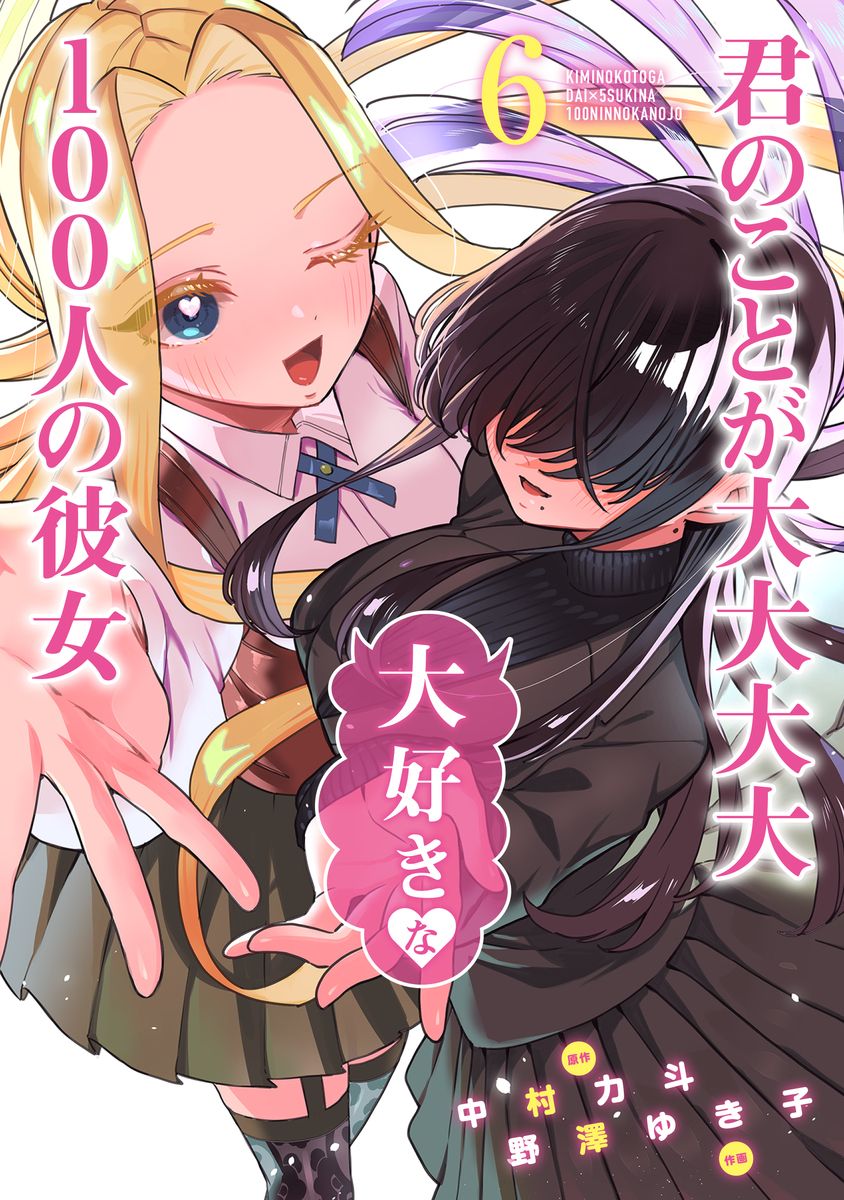 He’s “destined to have 100 women”!?
What’s worse? The 99 who he doesn’t choose will die!?
It’s a love comedy series which has received various manga awards!
Now its latest volume is coming out! 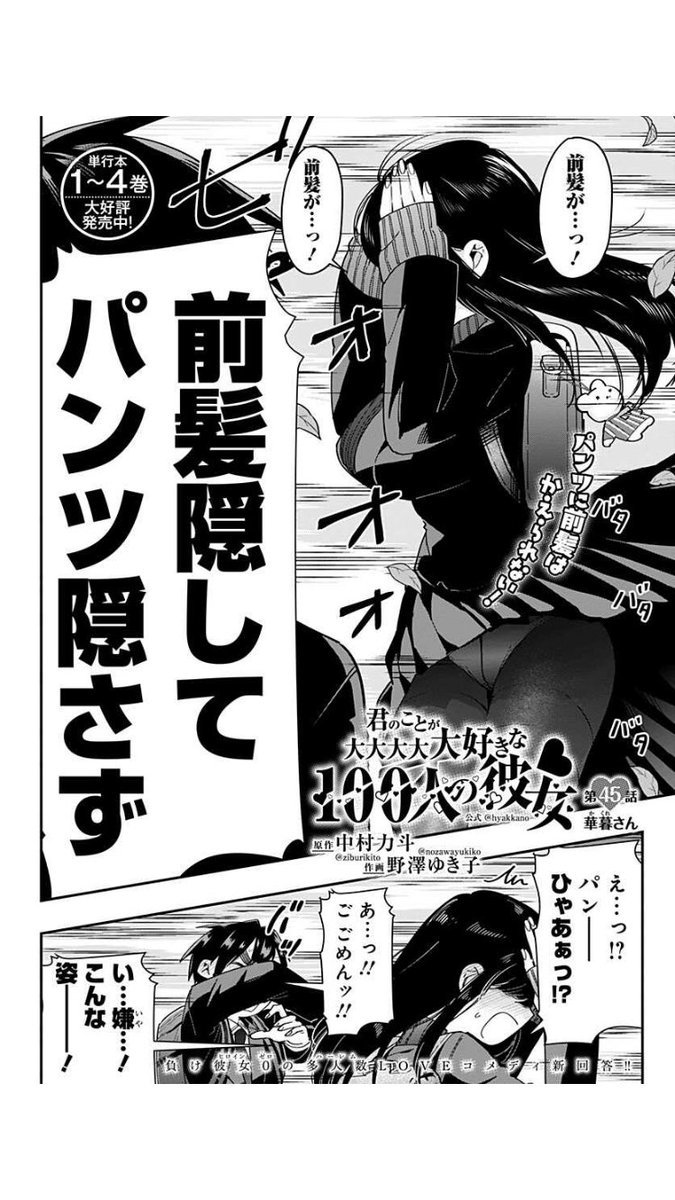 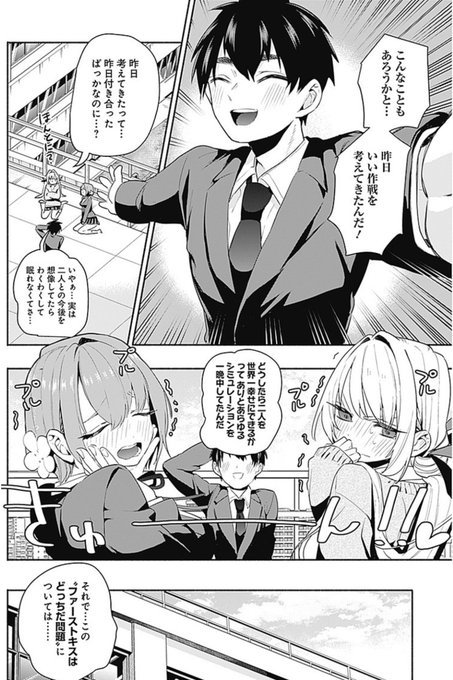 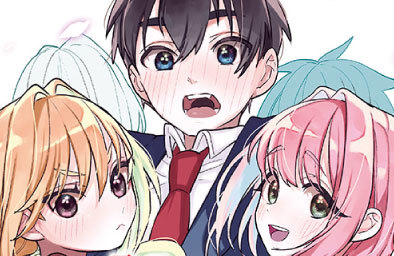 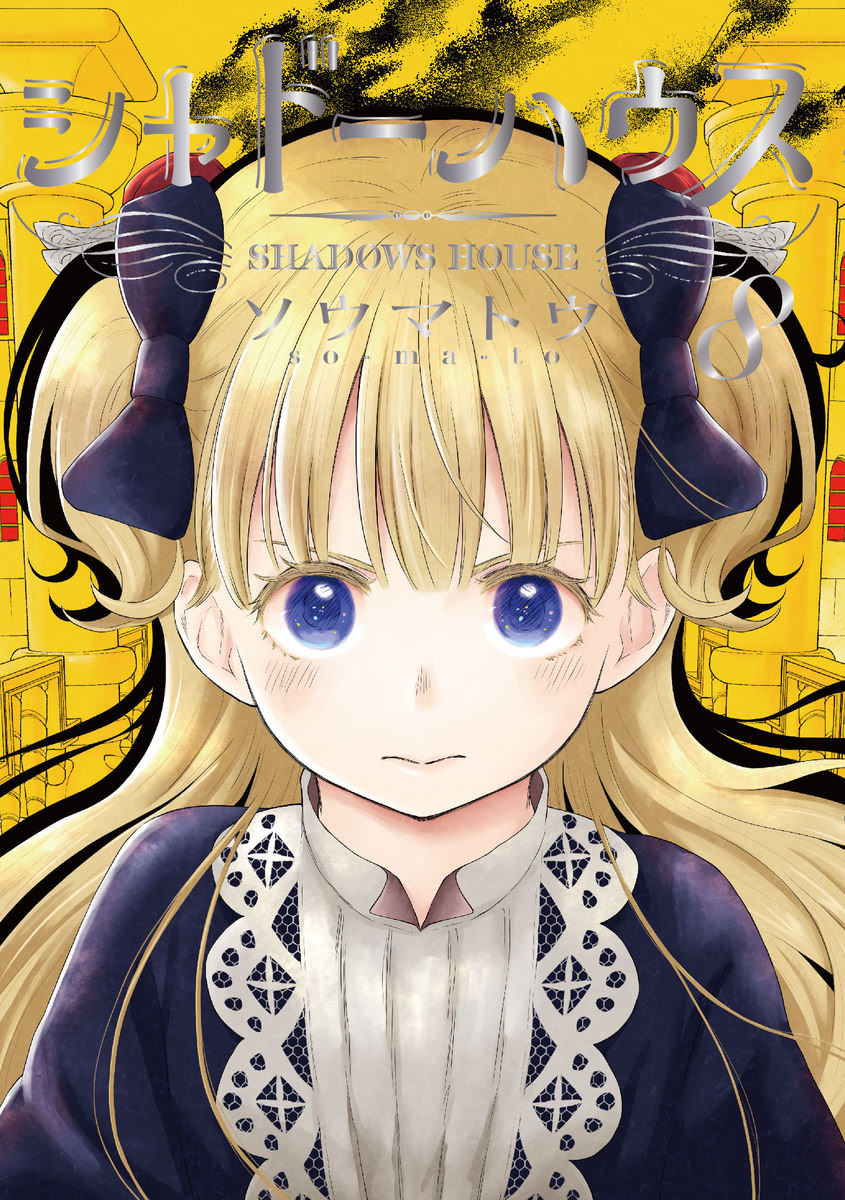 The “battle” is finally going in depth from Volume 8.
Emilico and Kate finally take an action to search for the mystery of the “coffee” but……? 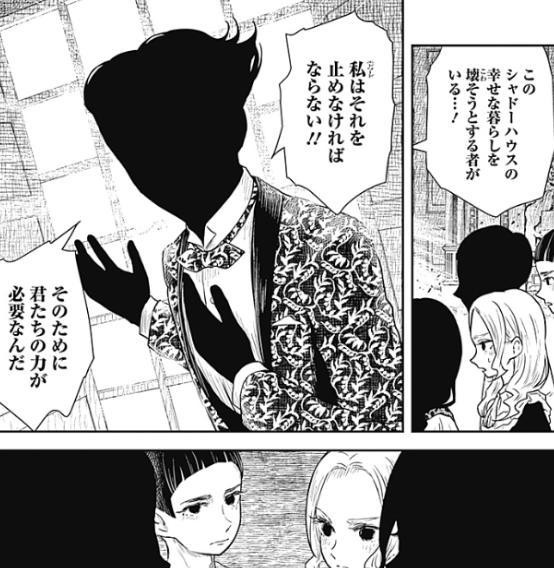 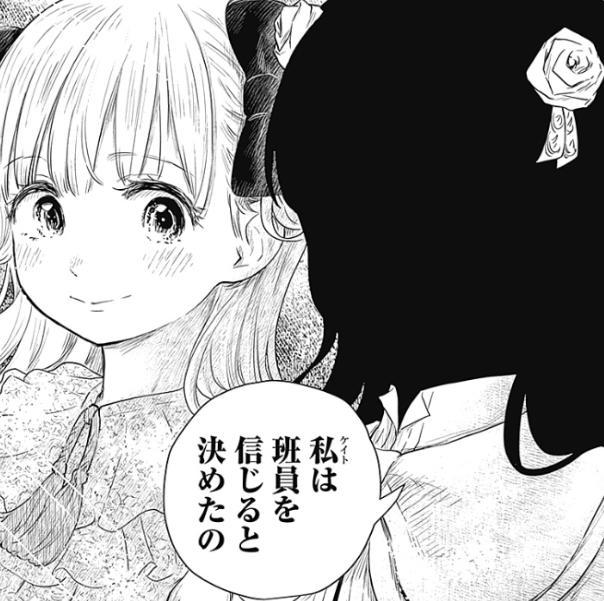 It’s been airing as an anime series since April 2021 and it’s become so popular around the world with its unique worldview, creepiness and the fun.
What focuses in the latest volume is what will happen after the story depicted in anime. Emilico and Kate, who have decided to challenge Shadows House, now try to solve the mystery of the “coffee” served in Shadow House……! If you want to know more about what will happen after anime, this is a must-read one!!
Shadows House
▸ 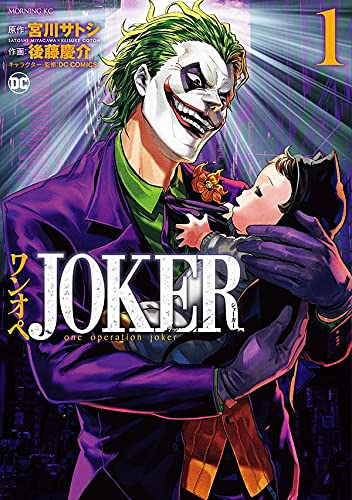 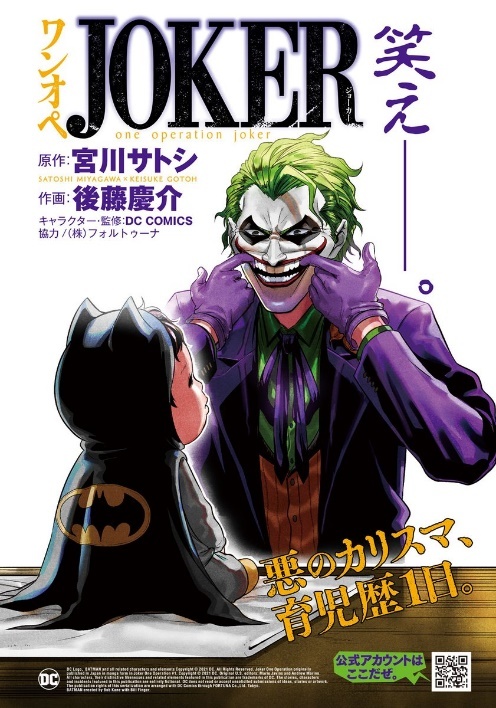 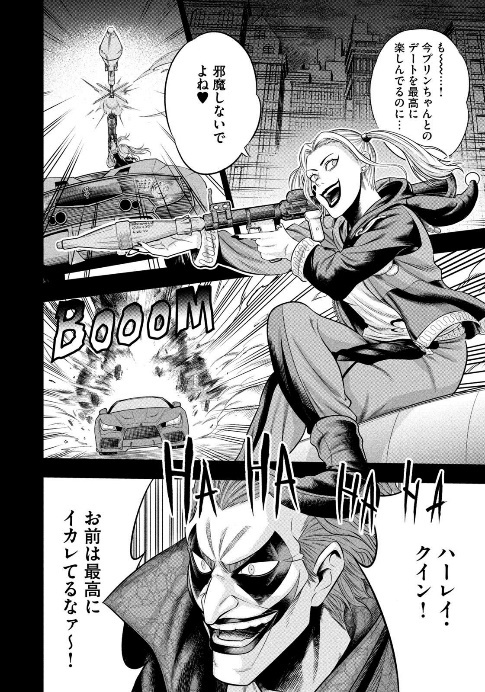 JOKER, is the “evil charisma” in the American comics world. Justice is necessary to prove evilness…… However, the enemy, Batman, gets shrunk like a little boy! Is JOCKER able to raise the baby badman to a justice super hero!? Such an incredible spin off has started!!!
One Operation Joker
▸ 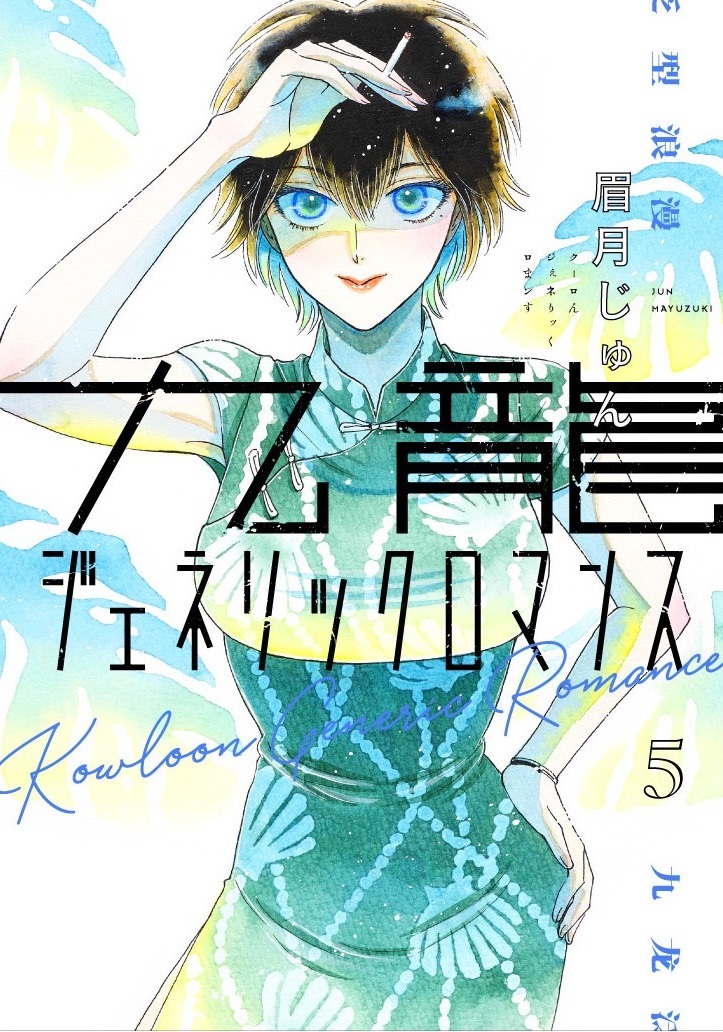 After the Rain (Koi wa Ameagari no You ni)’s author’s latest work.
It’s a SF love romance, depicted by a gentle dystopia. 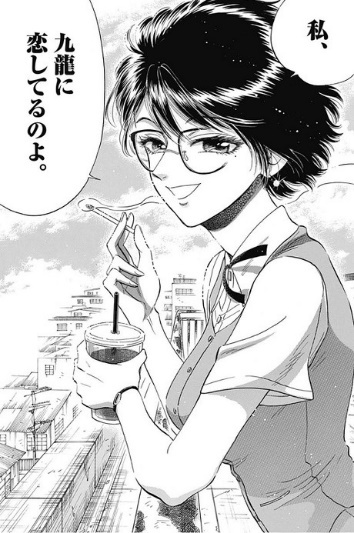 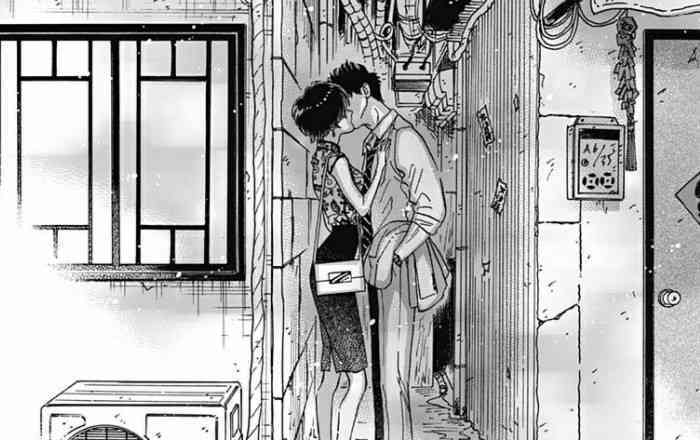 The drama acted by the characters, high-quality emotional or facial expressions and nostalgy the readers can feel…… The story is set in Kowloon Walled City. This adult-taste love romance manga series is now being attracting so many people through Japanese social media! This is the one for those who want to binge-read and want to read an adult-taste love story through manga!!
Kowloon Generic Romance
▸ 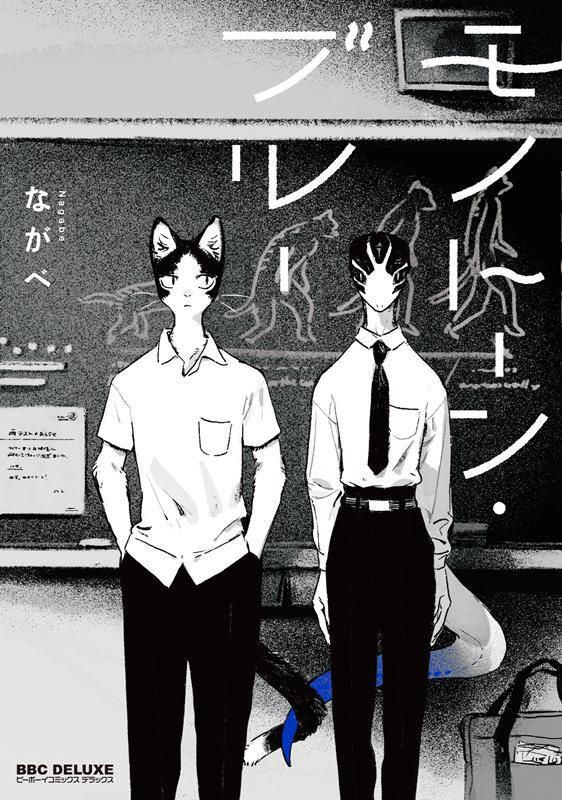 Unique “beast man” × “BL” manga!
The one transferred to a cat and dog school is…… The lizard!? 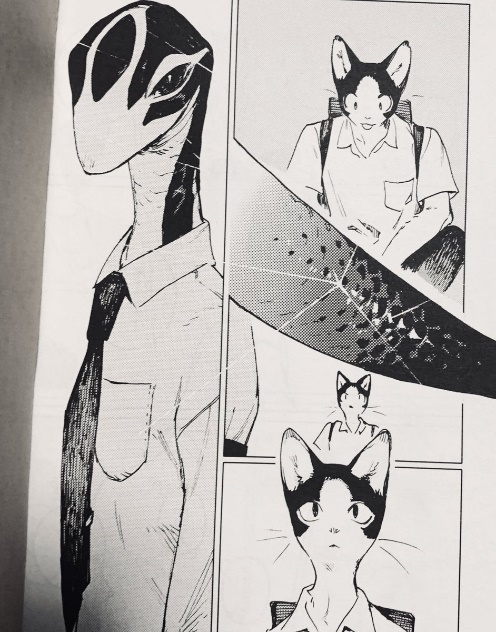 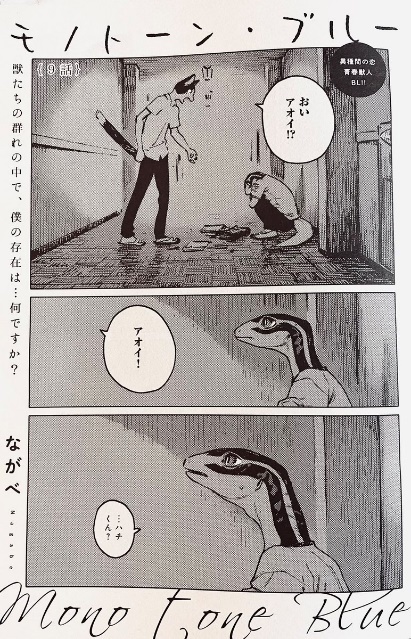 This is one of the most anticipated BL manga series. Its Volume 1 is releasing at the end of June.
A cat boy, Hachi, goes to the beast school. He has spent his life with no troubles nor big drama. One day…… the lizard, Aoi, transfers to his school. Aoi has a beautiful Monotone blue tail and his academic performance is excellent with a very cool personality. Hachi gets attracted by Aoi more and more, who is completely the opposite from him…… They say this is absolutely the most popular series among all the BL manga series, releasing in June. Now on sale!
Monotone Blue
▸ 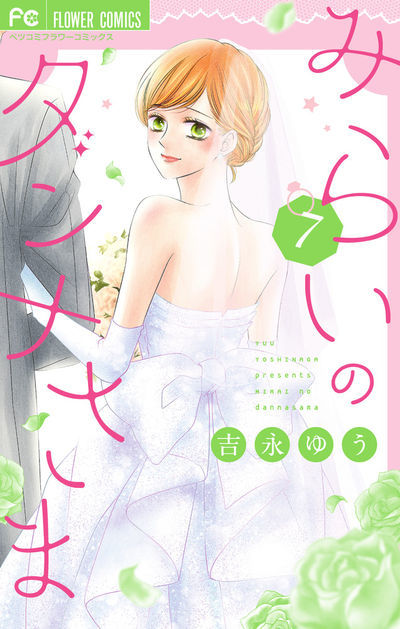 The fortune-teller gives her three candidates as her “future husband” ……!?
Who’s going to be with the heroine?
A super classic-type shojo manga’s latest volume is now coming out! 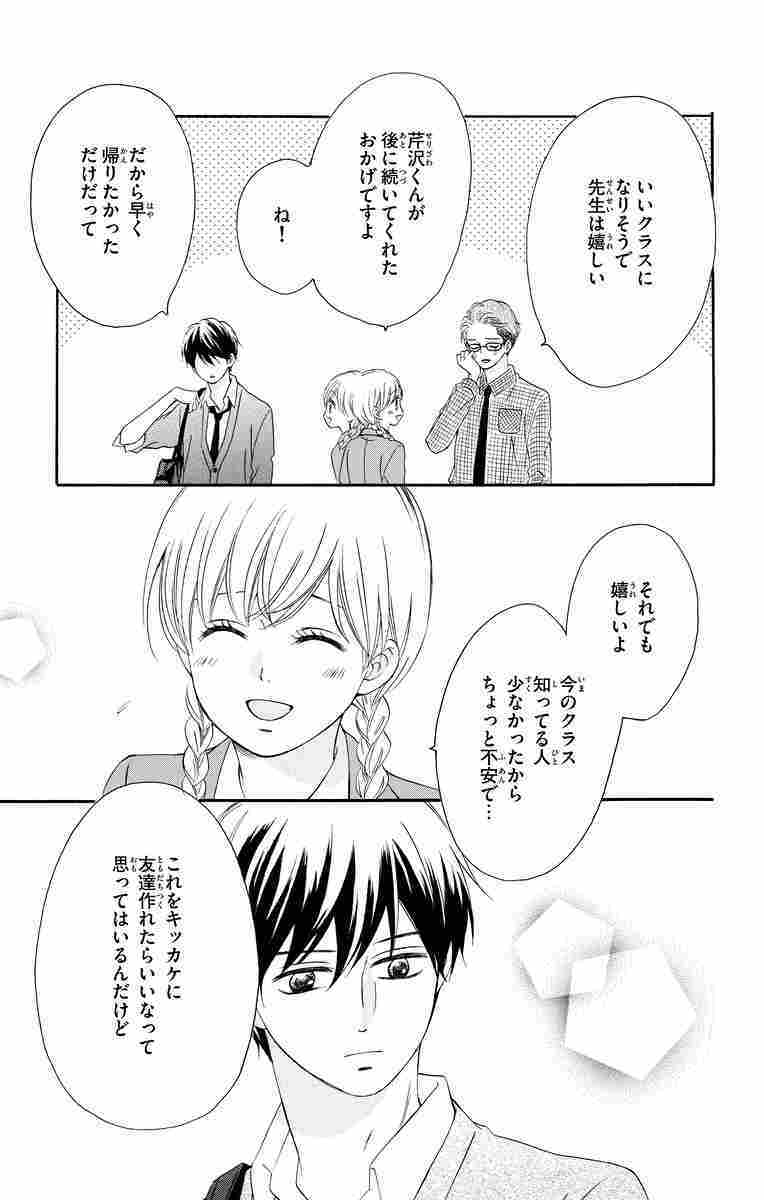 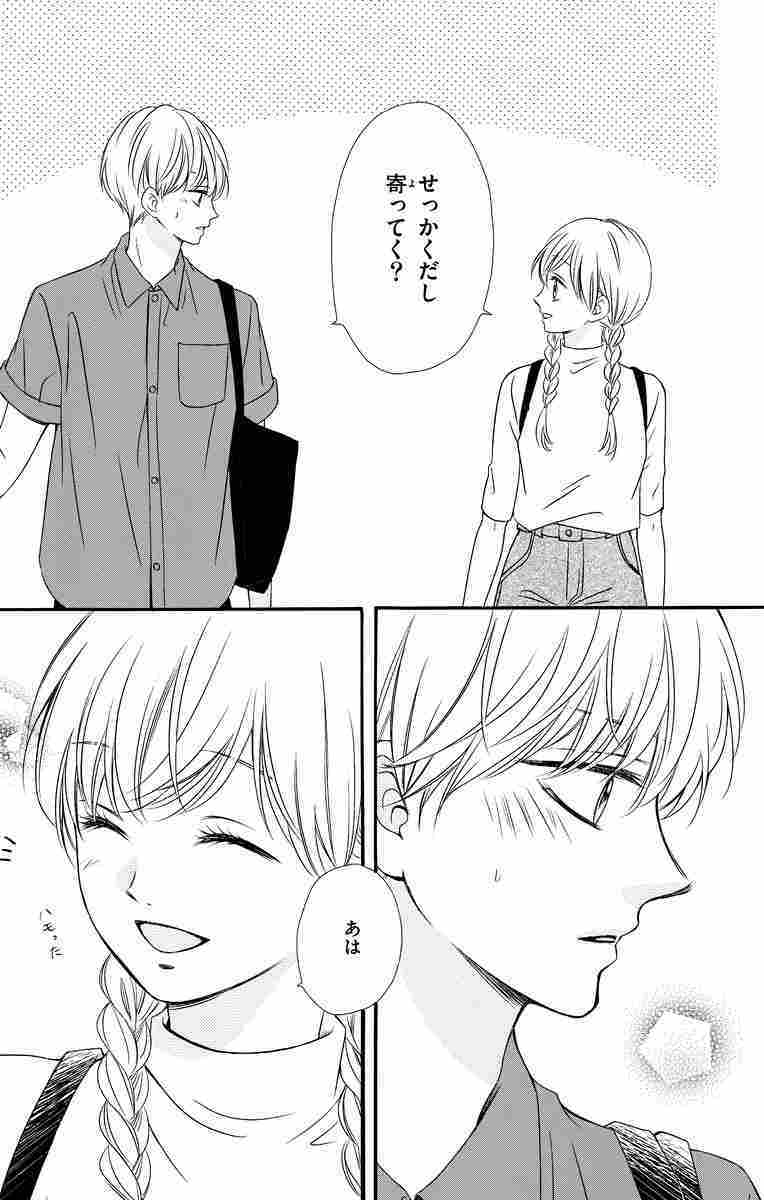 A high school girl, Mirai, is told that one of the three men will be her future husband, by a fortune-teller. One is her classmate, the others are a cute boy who is junior to her and her homeroom teacher……? Somehow, right after she is told by the fortune-teller, those three men start to approach her!? Who on earth is going to be her future husband?
It’s a popular and super classic-type story, where everybody gets curious to know what’s gonna happen at the end!
Mirai no Danna-Sama
▸
Original Manga of Fall 2021 Anime

All right! This is all for today! We’ll see you all at the next article~!
Bye-bye~!
Monotone Blue, Shounen no Abyss, Shadows House, The Case Study of Vanitas (Vanitas no Carte), Kowloon Generic Romance, Kimi no koto ga Dai Dai Dai Dai Daisuki na 100-nin no Kanojo, Mirai no Danna-Sama, One Operation Joker