What is “Shinjuku Swan”? 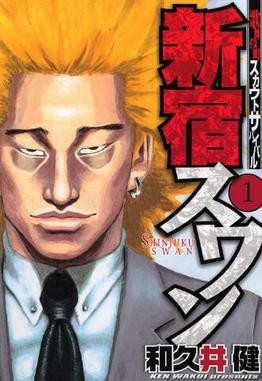 Shinjuku Swan is a Japanese seinin franchise written and illustrated by Ken Wakui.
The manga was serialized in Weekly Young Magazine from 2005 to 2013. It’s chapters are compiled and published into 38 separate volumes. This story is about a boy who works as a scout in the Shinjuku district of Japan.
The manga was adapted into a Japanese TV show in 2007 as well as two live- action films. No anime series has been announced as of yet.
Shinjuku Swan
▸

The story revolves around Shiratori Tatsuhiko, who is a scout for a talent agency in Shinjuku’s red-light district. In his line of work, money has the utmost importance and Tatsuhiko always finds himself in a rift amidst rival agencies and the Yakuza. 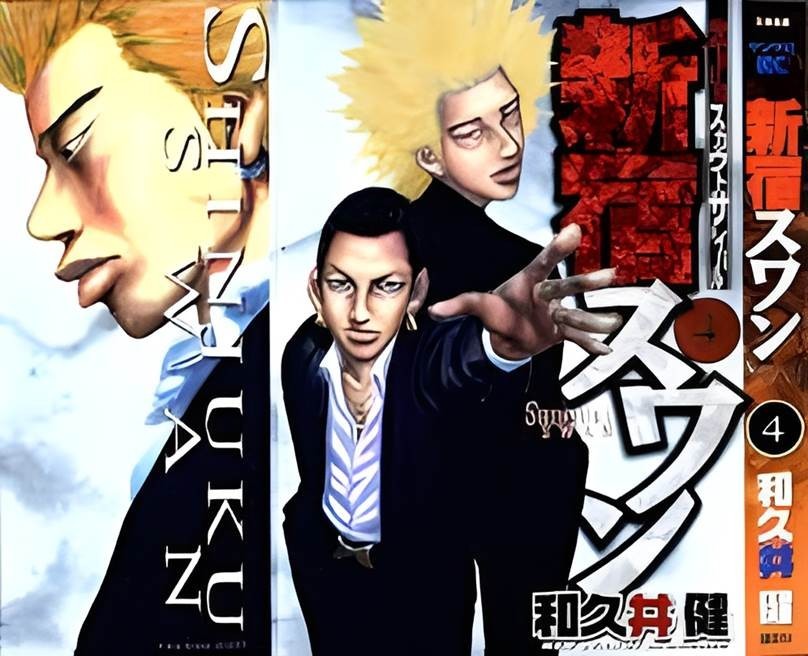 We start off with seeing Shiratori blow his 2000 Yen on pachinko parlors and being left with only a 100 Yen coin. When he came to Tokyo, he had big dreams like being the center of attention for women and having a hot time with them but now he’s broke. 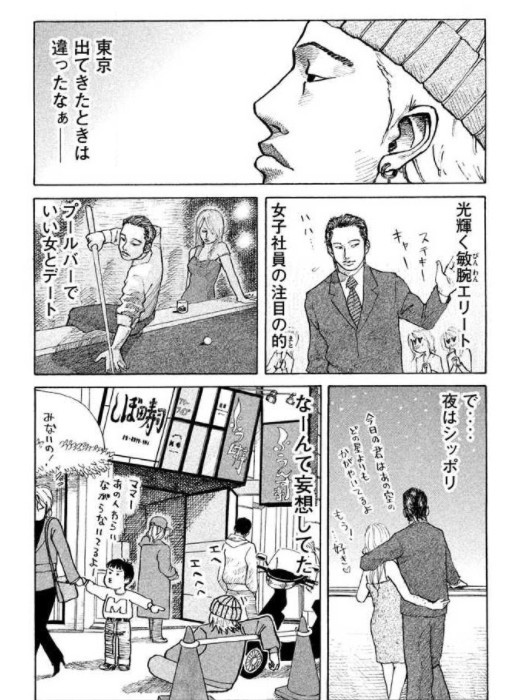 He tells himself to snap out of the delusion and face the truth. As he is walking on the street, lost in thought, he bumps into some guys and his 100 Yen coin falls down. His face pushes against some guy as he follows his coin. The guy and his friends take off Shiratori’s cap and punch him in the face. 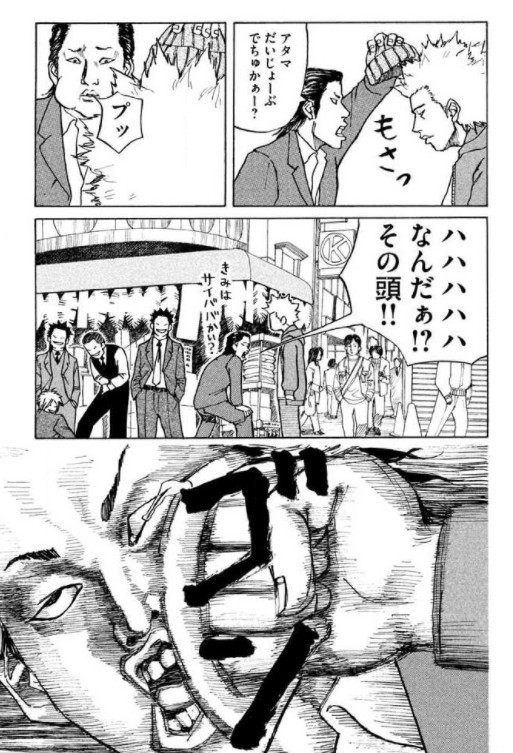 They make fun of his hair, but he gets up and fights back, telling them not to laugh at him. But Shiratori is outnumbered and gets ganged up on. They beat him up till a man, Mr. Mako, comes and stops them. The guy seems like their boss as they bow in obedience and go away. 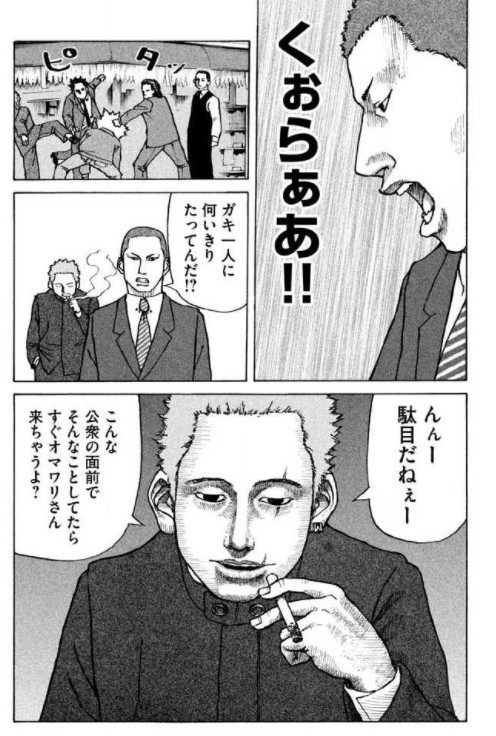 Mr. Mako looks at the bruised Shiratori and decides to take him for lunch. Shiratori eats till he's satisfied, as he hasn't eaten in a day. Mr. Mako explains that he makes money by fooling women and that he was a 'Scout.' He clarifies that a scout is someone who recruits women for sex work. He then invites Shiratori to work for him as a scout. 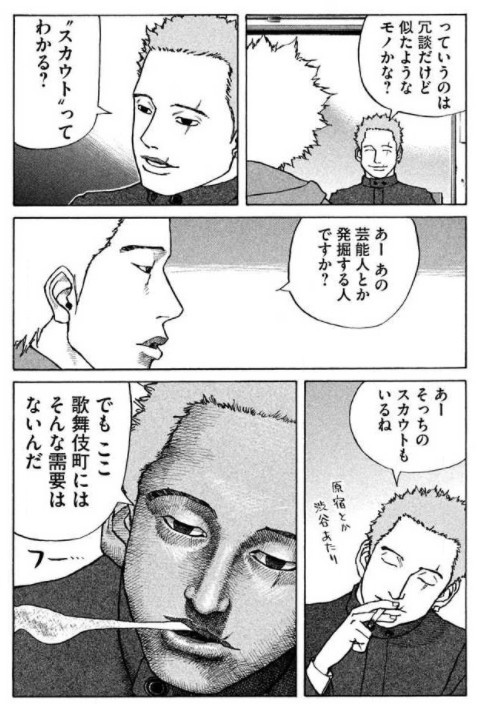 As he explains, being a Scout is shady yet exciting, Shiratori thinks Mako is really cool. Mr. Mako thinks to himself that the reason he agreed to Shiratori in the first place was because of his fierce gaze and his guts. Shiratori is given a suit to wear so that he appears presentable, as he begins his work. 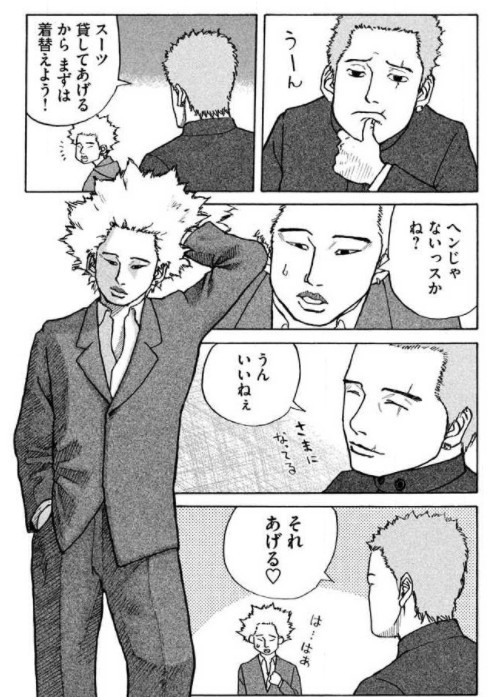 Shiratori starts scouting on Mr. Mako’s orders but gets rejected 30 times in a row. Mako then demonstrates how to properly do it, and says that the trick is to not give the woman time to think and give them no reason to refuse. Shiratori is stubborn and insists on doing it his own way. 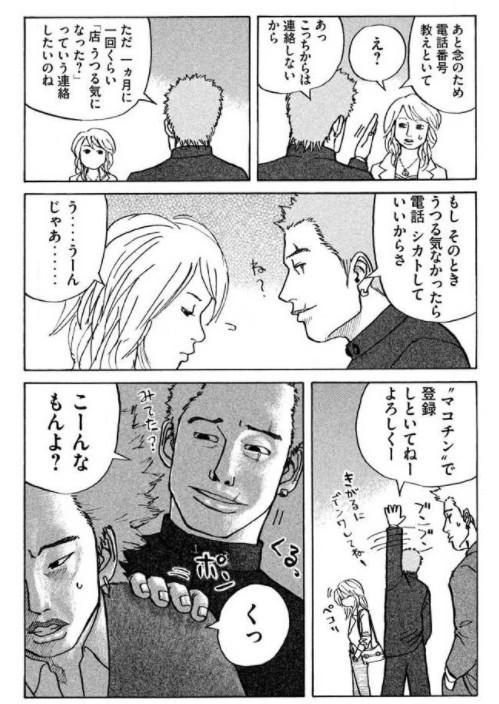 Shiratori finally finds a girl who agrees to work in the sex industry. Mr. Mako takes him to the club and introduces him to the club director, Kaneshiro. Kaneshiro asks the girl to strip and inspects her. He explains the type of work she will have to do and she agrees. Mr. Mako says that the girl Shiratori brought in was at least A rank, which means he will get 10% of whatever she makes every month. 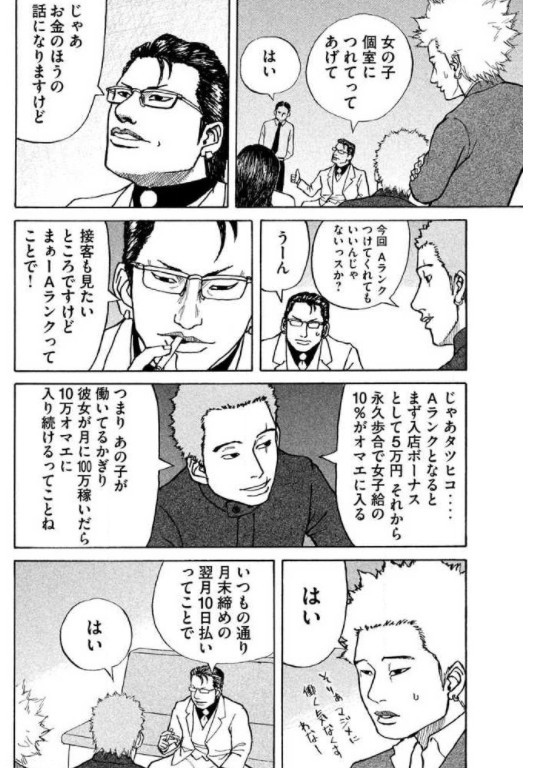 Shiratori starts getting second thoughts about working in this industry, to which Mr. Mako replies harshly. Mako reveals the harsh reality that those working in the sex industry don't have much of a choice since they are in desperate need of money, and that the circumstances were drastically different from what he watched on TV. 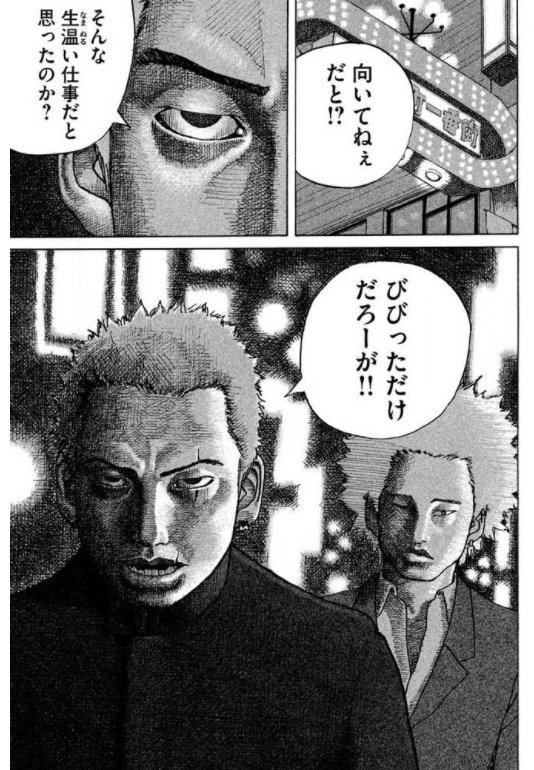 After a month, Shiratori receives his payment, and realizes at that point that he only had cold feet, just as Mr. Mako said. He decides not to quit this industry. 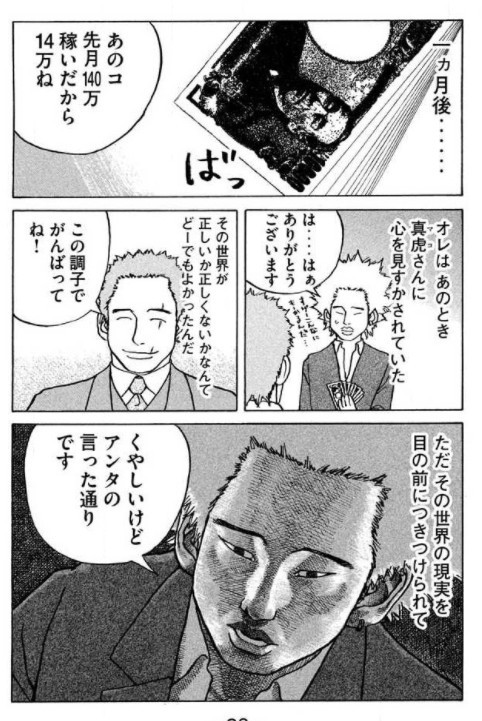