What is “Mobile Police Patlabor”? 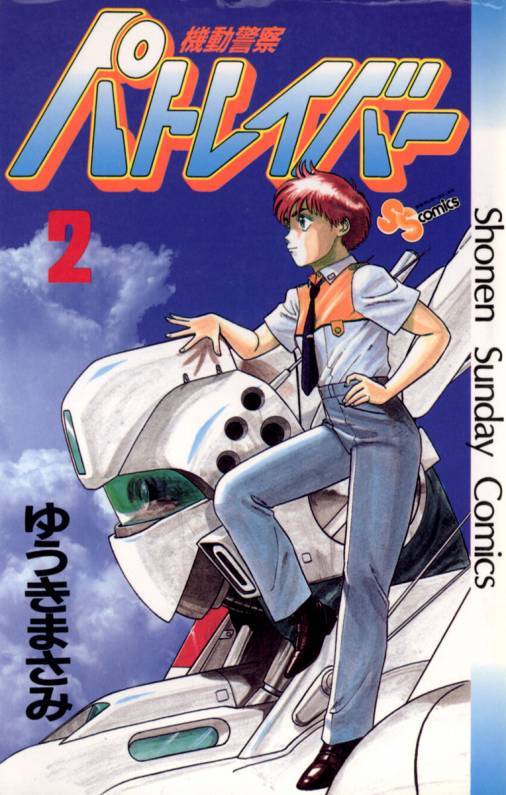 Mobile Police Patlabor, also known as “Patlabor” is a sci-fi media franchise created by Headgear Group. The group members consist of manga artist Yuuki Masami, director Oshii Mamoru, screenwriter Ito Kazunori, mecha (manga genre about robots) designer Izubuchi Yutaka and character designer Takada Akemi.
The franchise includes an original manga series, an anime TV series, three animation movies and various other media adaptations. The orginial manga was written and illustrated by the group’s manga artist Yuuki Masami. The series was serialized by Shogakukan in Shonen Sunday Magazine from 1988 to 1994, with a total of 22 volumes. In 1991, the manga received the 36th Shogakukan Manga Award in the shonen genre.
Patlabor franchise is well-known as one of the earlier leading examples of the concept “Media Mix” in Japan, where there is no single source material for the story but multiple forms of media (in Patlabor’s case, it was manga and anime) are simultaneously worked on and have independent stories from each other.
Promotional video for the 2016 animated film “Mobile Police Patlabor REBOOT”
Mobile Police Patlabor (Kidou Keisatsu Patlabor)
▸

In the late 20th century, due to the effects of global warming, the polar ice caps melting had become a serious threat to the world coastlines. Being a coastal city, Tokyo had to take serious measures to prevent disaster from happening. One such measure was called “Project Babylon” – the construction of a great barrier dam to protect the city of Tokyo from floodwater. To aid with construction of such grand scale, mechanical robots called “labors” were utilized by the industry. 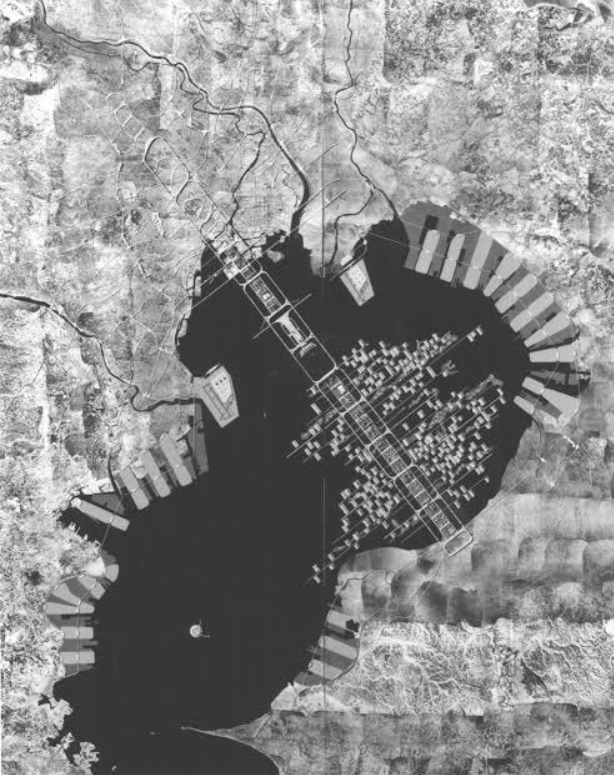 However, as with any project that would radically change the lives of those involves and the environment around them, voices of oppositions would soon appear. Anti-construction terrorist groups such as the “Earth Defense Army” or “Beach House” and many others had seized labors as their offensive weapons in the resistance effort.
As counter-measure to the terrorist forces, the government and military had deployed their own mobile police force known as “Patlabor”. One of their latest models was built by Shinohara Heavy Industries and was known as Advanced Vehicle 98 – Code name: AV-98 Ingram. 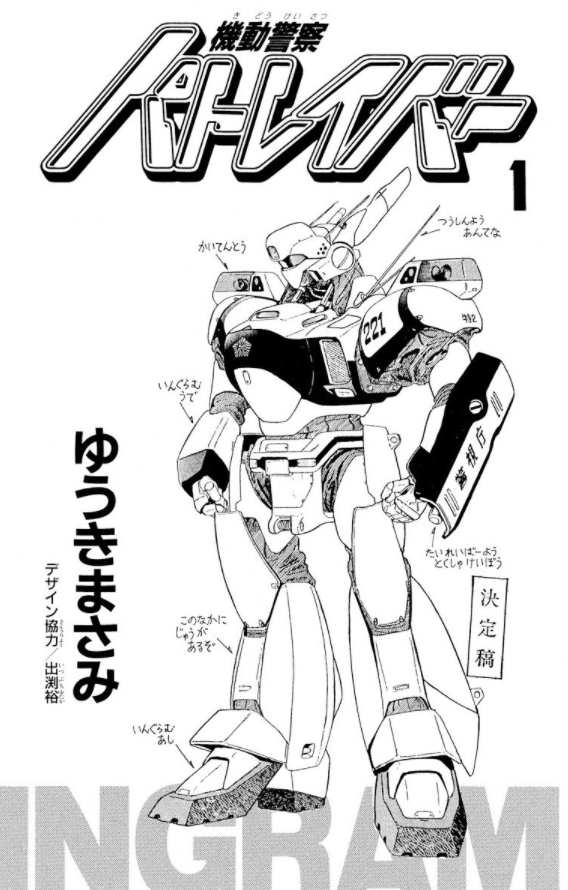 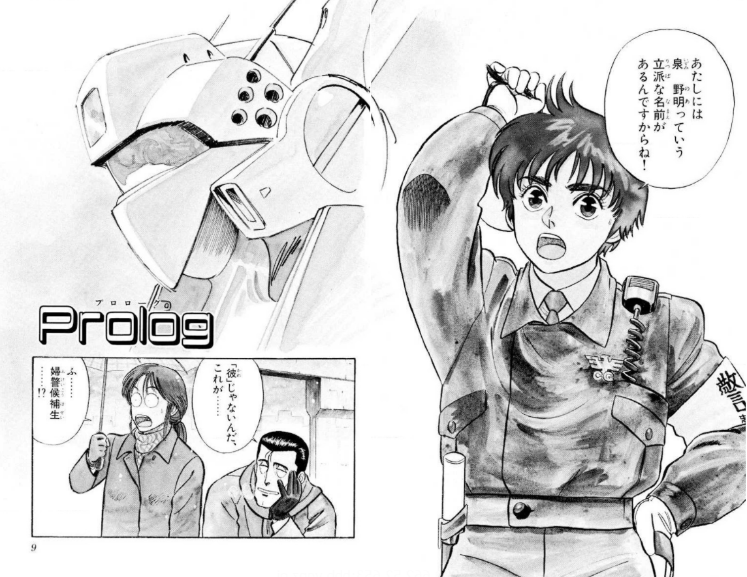 Izumi Noa was a cadet at the Waseda Police Academy. She was in-training and applied to join the mobile police division. She had a small statue, which was a disadvantage for her as a police officer but perfect for piloting labors.
During her training, Noa used to work as an intern for the security company in charge of the construction site for Project Babylon. She was assigned to landfill No. 14 of Project Babylon.
On Noa’s first day, she spotted two members of the mobile police while patrolling. Without knowing that they would become her superiors in the future, Noa pointed out that one of them was smoking in a restricted area and requested him to stop. 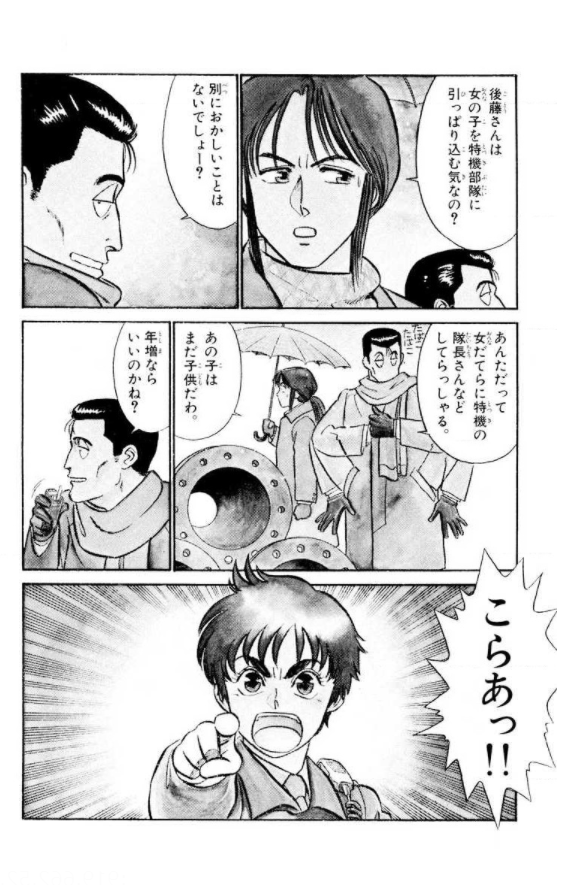 Right at that moment, an explosion happened. Without any delay, the nearby police officers arrived at the scene. They were on stand-by due to the intelligence revealing that there was a time bomb somewhere in the landfill that day. 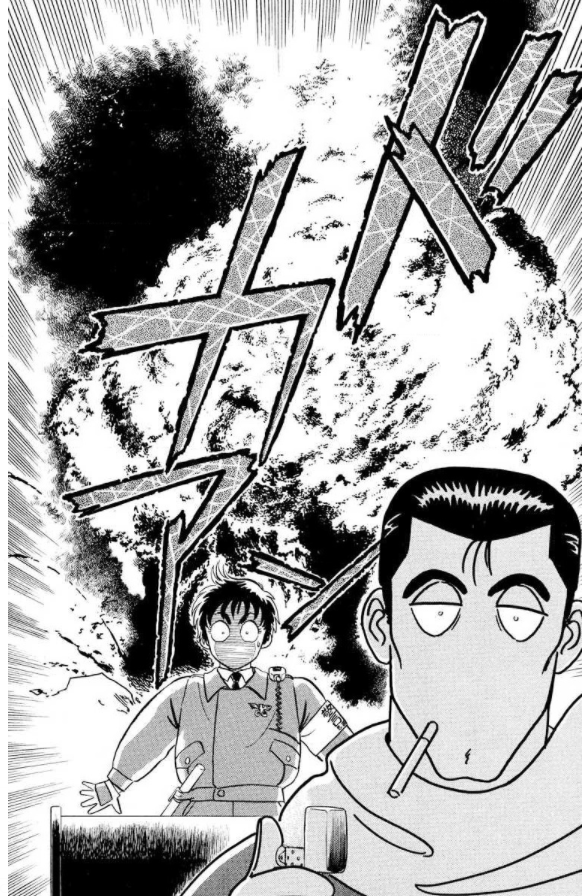 Alongside the police officers, Noa also rushed to the scene despite being a normal intern at the security company. Disregarding her own safety, Noa jumped onto the labors and tried to rescue the trapped pilots. 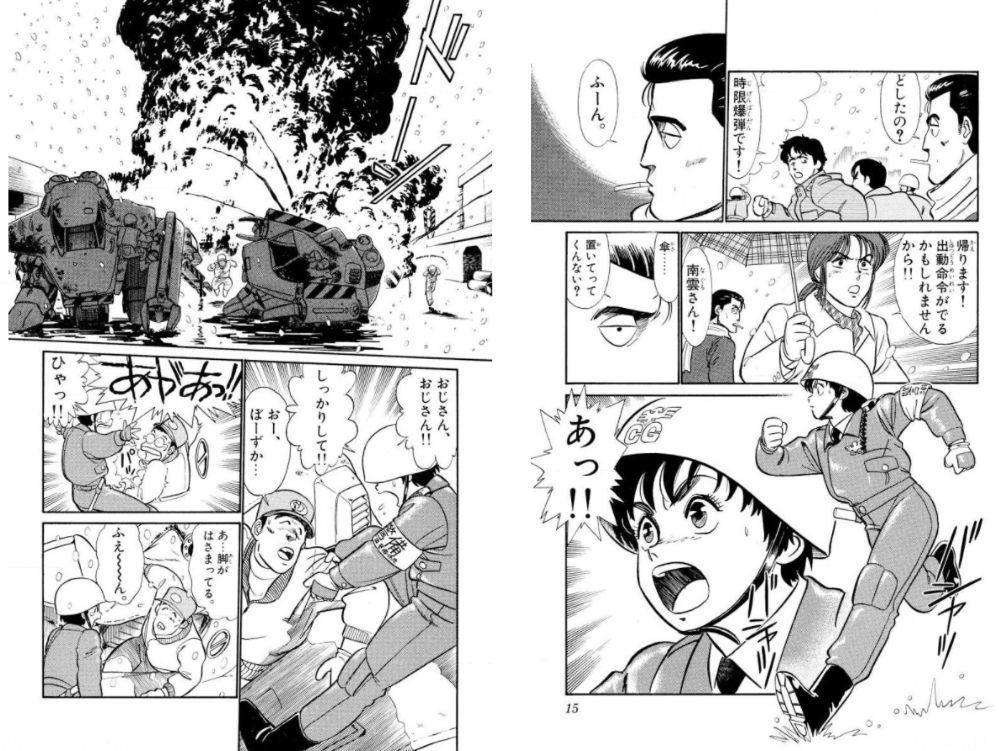 Once everyone had been safely rescued, Noa and her superior Matsumoto discussed and exchanged theories about how the bomb was plant right under their watch. Noa had a theory about someone using the labor to bury the bomb instead of doing it by hand. 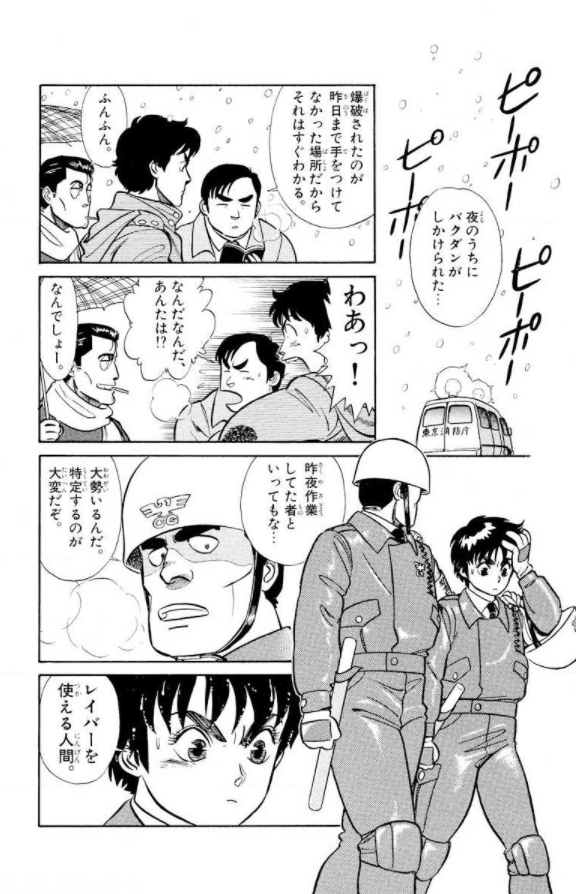 The following day, Noa and Matsumoto were on the job, inspecting the containers in transportation. They finished their tasks and were on stand-by until the departure.
Noa was then approached by a man claimed to be with the police. He told Noa that she was famous and words about her had gotten around the mobile police division. He wanted to show her something and asked Noa to come with him. 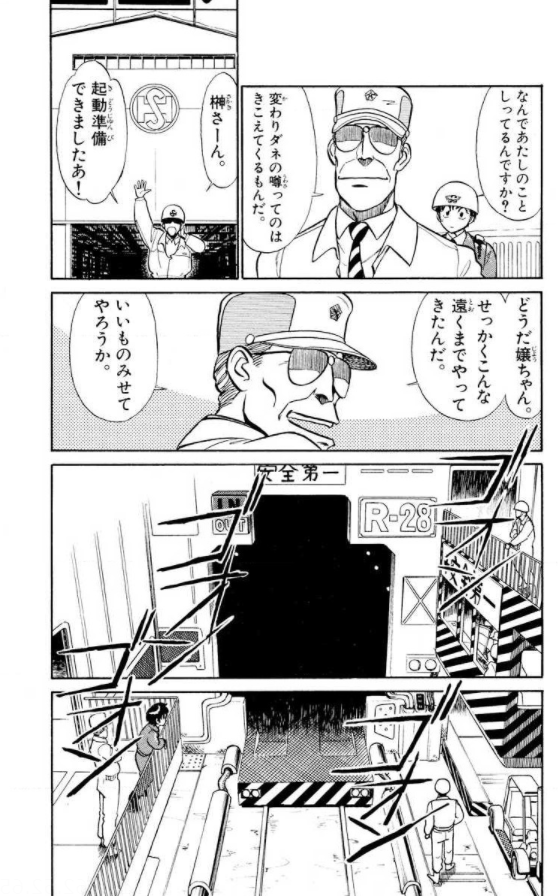 At a nearby hanger, the man showed Noa to her would-be-partner if she were to qualify for the mobile police division. The latest and famous police labor model known as AV-98 Ingram. 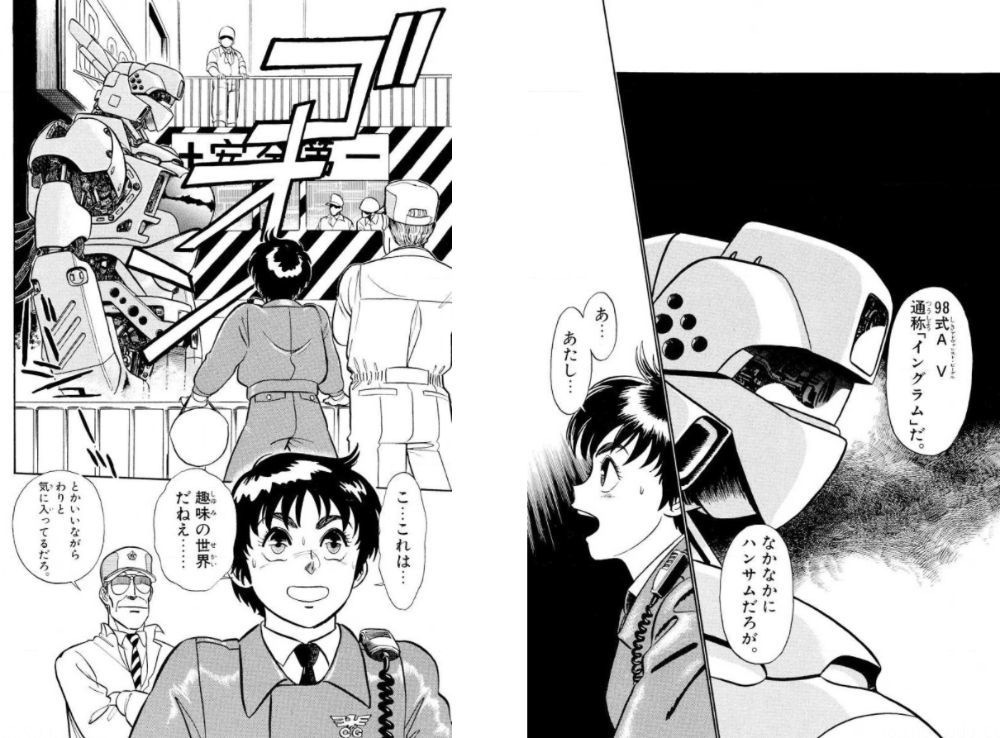 Noa’s breath was taken away the moment Ingram was pulled out from behind the gigantic hanger’s doors. It had been her dream from a young age, watching TV commercial about the mobile police division, that one day she would be able to ride one of the patlabor herself. 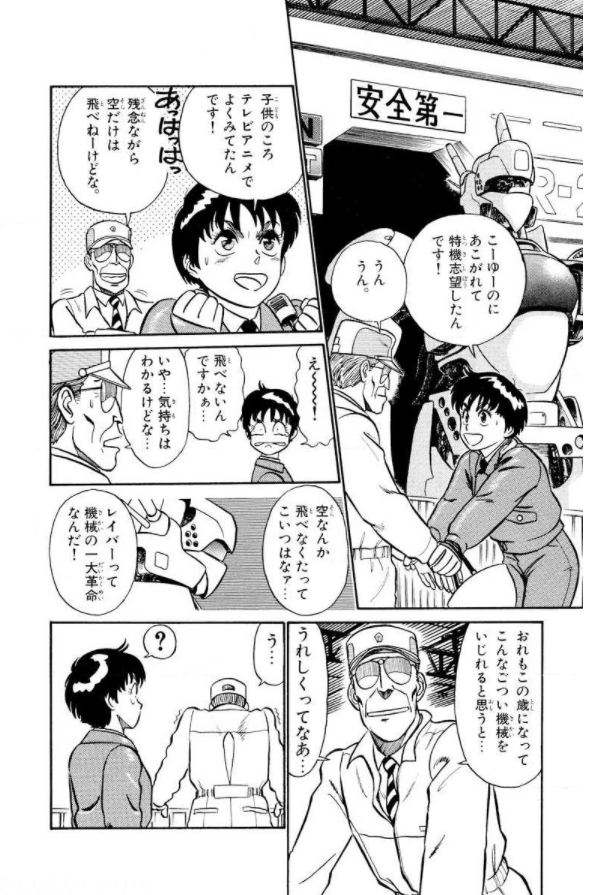 The man revealed himself to be Sakaki Seitaro – leader of the section 2 labor mechanics, the man who worked on the AV-98 Ingram himself......
Who was the culprit for the explosion in landfill No. 14? Will Noa have to face a dangerous criminal before she even becomes a real mobile police officer?
Mobile Police Patlabor (Kidou Keisatsu Patlabor)
▸
Mobile Police Patlabor (Kidou Keisatsu Patlabor), Yuuki Masami