Hi everyone! I am very much into Witch Watch that is currently serialized in Weekly Shounen Jump! It’s Hana from Manga republic! 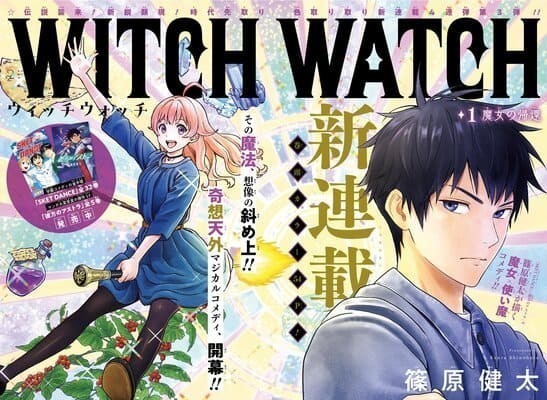 Niko-chan in Witch Watch is soooooo cute!! I really like her!

As I am into Witch Watch, I recently happened to review an anime that was based on a manga...... This is the one!
SKET DANCE 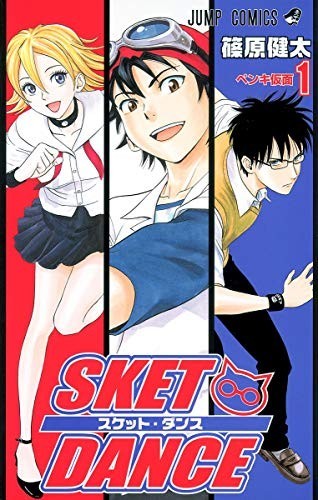 It is the “SKET DANCE”!
Written and illustrated by Shinohara Kenta-sensei who is the author of Witch Watch and serialized in Weekly Shounen Jump from 2007-2013. It was his first serialized manga. The anime adaptation started in 2011 and I watched it in real time!

It was surprisingly interesting!!!

It is basically a fun light comedy but sometimes the stories made us think deeply. As I grew up and watched the anime and read the manga again, I found some different fun.

So, today I am going to introduce my favorite school comedy manga, SKET DANCE!

Kaimei High School.
The school used to be strict and rules oriented, but the president of school government, Agata Soujirou and his fellow government members changed the school policy and rules. 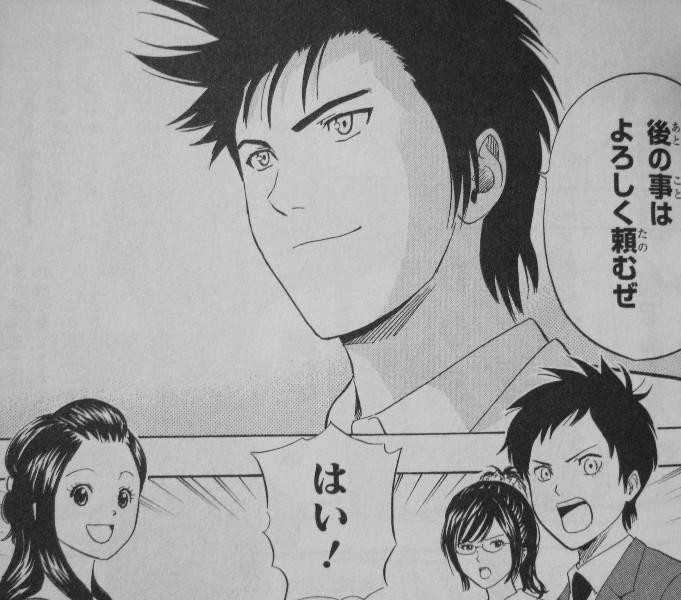 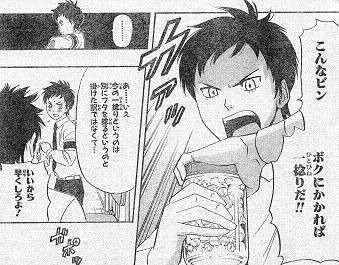 The vice president of the school government, Tsubaki Sasuke
There is a very popular club that is trusted by students. The student government does not like the club and tried to cancel them before, but it is still active. 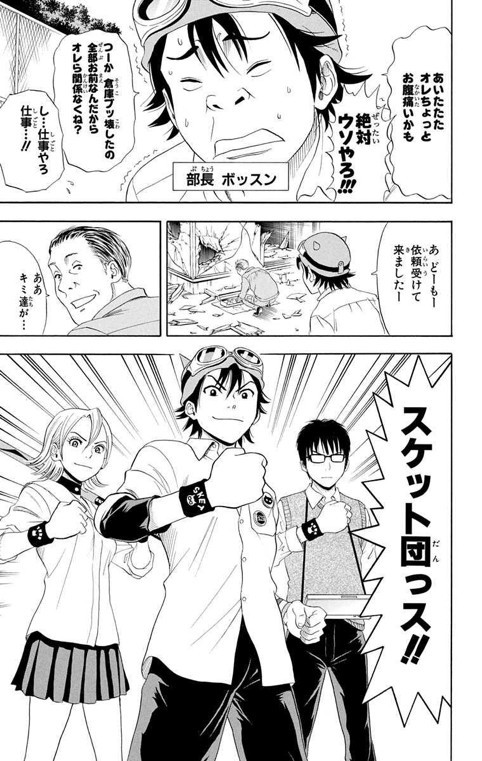 The name of the club is “Helping school life club”
In school, students call them “Sket-dan.” It is a club dedicated towards helping other people on the campus of the high school, with whatever request they have. 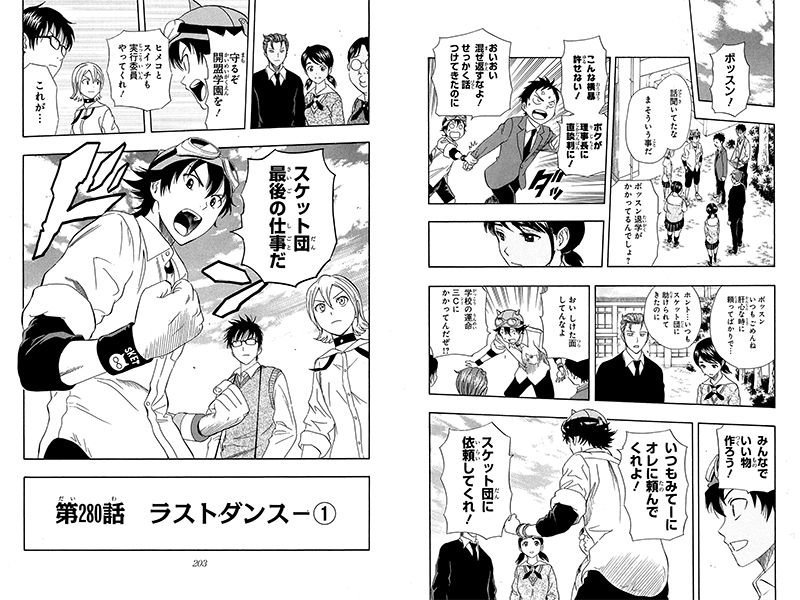 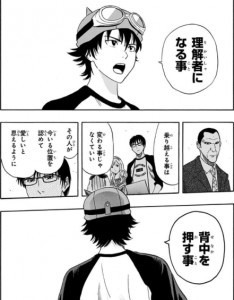 The main character of this manga, Fujisaki Yuusuke, is the leader of Sket-dan, aka Bossun. Very reliable, but usually not very serious. Always funny, but kind. He cannot stop helping others. 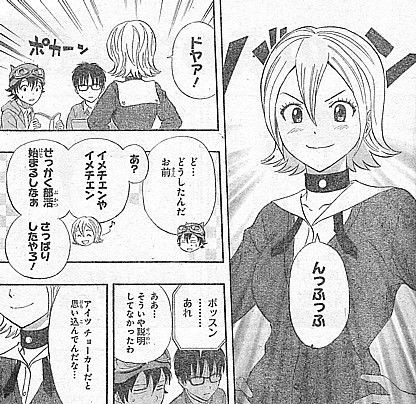 The heroine of this manga, Himeko as Onizuka Hime, is the assistant leader of Sket-dan. She used to be the legendary bad girl “demon princess” when she was in middle school!

The second main character, Usui Kazuyoshi, is the secretary of the club. He is always cool like a cucumber! Smart but super otaku! He does not talk to others without using a voice synthesis program in his laptop. He usually carries his laptop by suspending it from his shoulder!
Basically together as the Sket-dan, the trio work on any problem. Sometimes they fight against the school government. They try many activities like joining a rock festival or take on requests from different kinds of individuals around their school. It is a great school comedy. According to the character introduction between the episodes, the readers know the trio also have many problems-everyone has something. This human drama is filled with tears and joy! It is a highly recommended manga from Jump series!
SKET DANCE 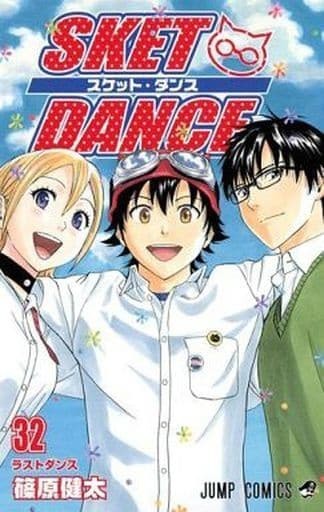 I was into Astra Lost in Space before. The first anime I wanted to buy the original manga was SKET DANCE. I realized that I really like Shinohara Kenta-sensei’s story development, character settings, and so on!

Are there any manga artists who you would read whatever kind of story the person created? Who is your favorite manga artist? If you have some, please let me know!

Okay, I will see you in the next article again! Bye for now!
Witch Watch, Astra Lost in Space (Kanata no Astra), SKET Dance