Hi everyone! I love Jojo Part 5: Golden Wind! It's Boss from Manga Republic! 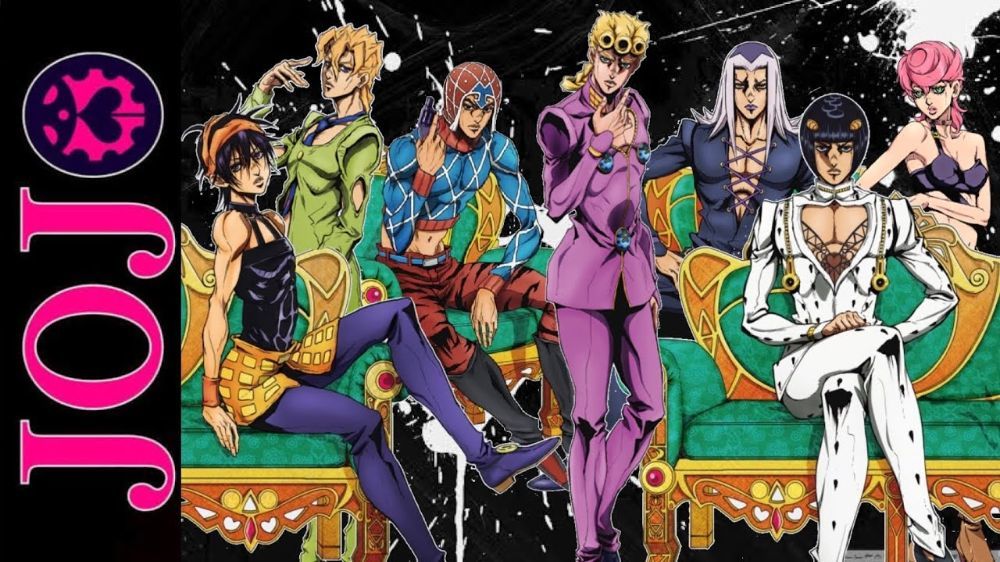 Hi there! I love Jojo Part 3: Stardust Crusaders! It's Saori from Manga Republic. 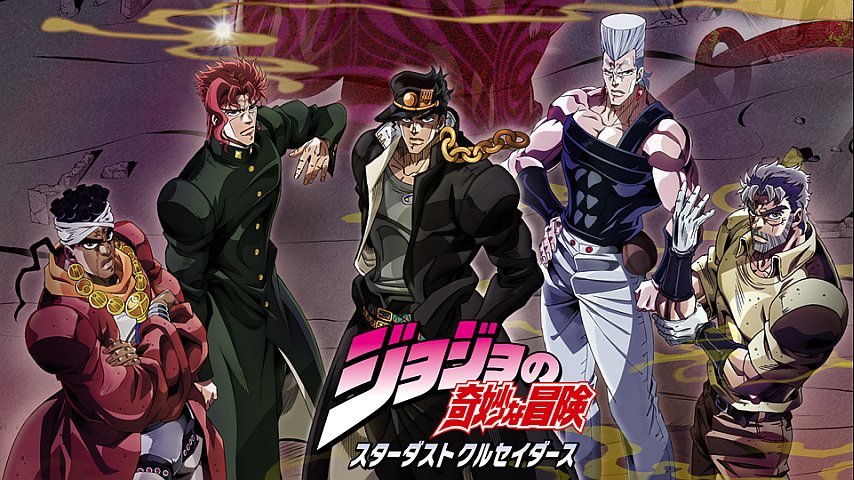 Oh no! That's not fair to say! I also want to say that I love the whole series of Jojo!

OK, everyone! JoJo's Bizarre Adventure is a super famous and popular manga series that has been serialized since 1987!
Right now, Part 8: JoJolion is getting close to its finale and Part 9: JOJOLANDS will be serialized soon. It is an amazing manga series and the pace of releasing the new episodes never slows down!! Also, JoJo's Bizarre Adventure, Part 6: Stone Ocean will be made into an anime from December 2021!

So we want to summarize the basics of Jojo that you should check before watching Part 6: Stone Ocean! Please enjoy the world of Jojo's Bizarre Adventure by reading this article!

【How to Jojo】
Congrats! Part 6 anime started airing!
To enjoy Part 6 more, let's review Jojo series in the past!! 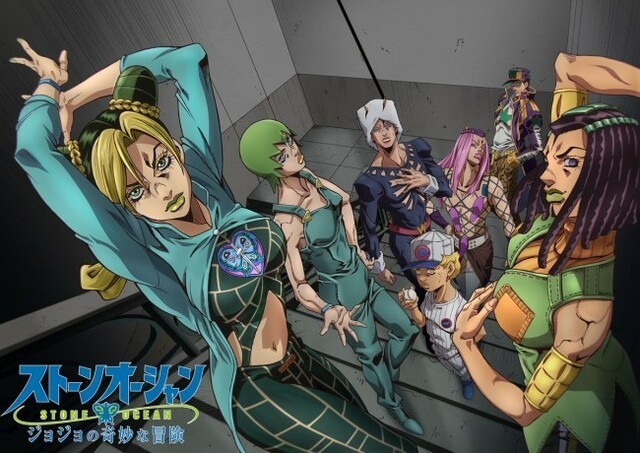 By the way, what is JoJo's Bizarre Adventure?

── It is the story about the destiny of a “bizarre“ family where all members of the family have a star-shaped birthmark.

JoJo's Bizarre Adventure series describe the story of one family's destiny. It is a battle x fantasy manga work.

Yes! The story has been serialized up to Part 8, but each part has a different main character! However, one theme in common throughout the parts is that “the main character who has a good heart fights against evil”, so this is a typical Good vs. Evil story.

Quick recap for JoJo's Bizarre Adventure, up to Part 6! 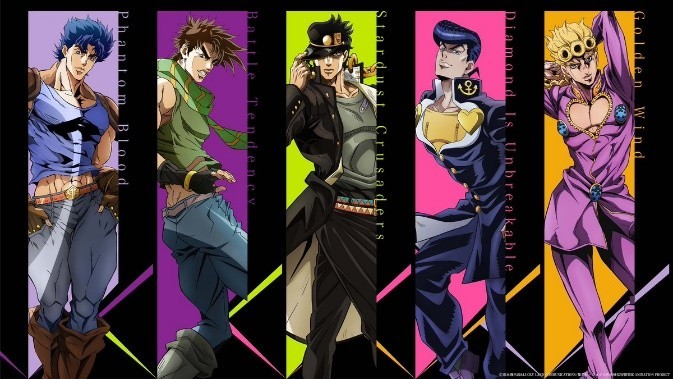 There are separations between parts like Part 3 or Part 8, but comic books are continuously serialized and numbered! We can explain what volumes describe in each part!

The beginning of everything. Fight over the cursed “Stone Mask” against the nemesis, Dio Brando! 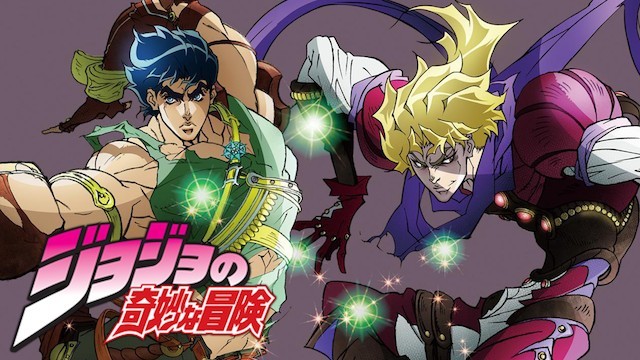 The main character, Jonathan Joestar
The “horror x adventure” story is described in volumes 1 to 5.
It takes place in England in1988. Heated battle between a boy from a noble family, Jonathan Joestar, and his stepbrother, Dio Brando. 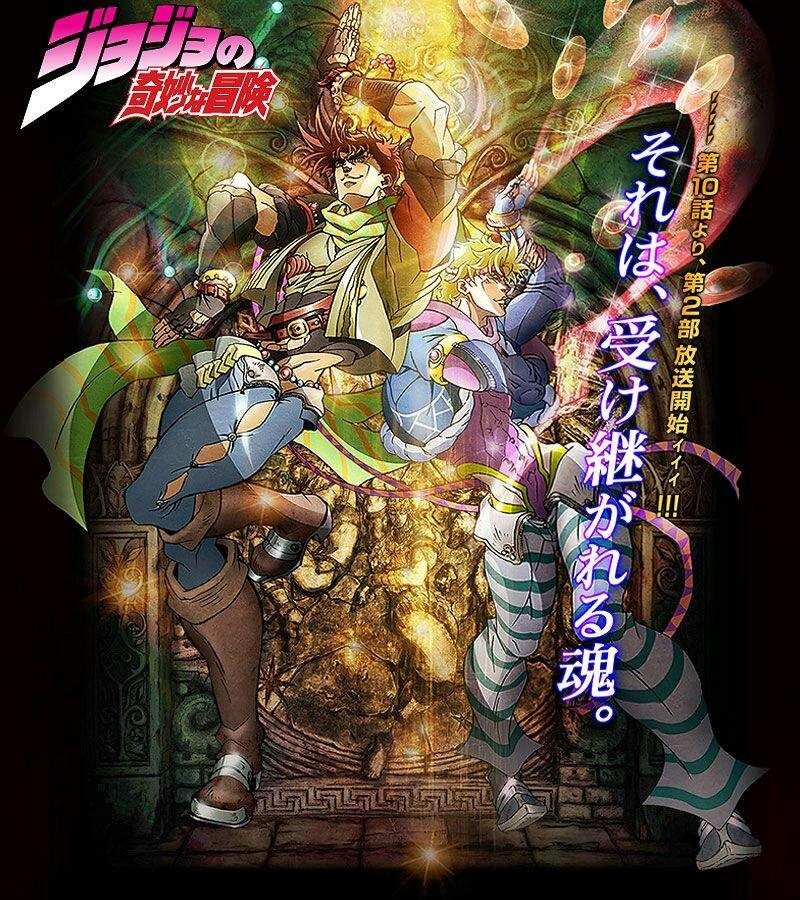 The main character, Joseph Joestar
A “battle x adventure” story is described in volumes 6 to 12.
It takes place in the U.S. in 1983. It describes the battle between Jonathan's grandson, Joseph and powerful humanoids that can be a threat to humans, called “Pillar men.”

The nemesis, again! Jojo's feature, Stand, appears in this part! 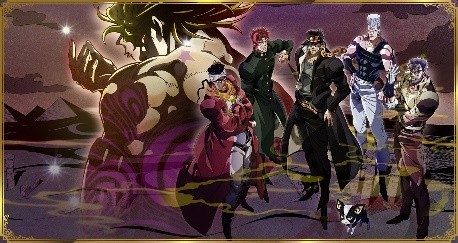 The main character, Kujo Jotaro
A “action x adventure” story is described in volumes 12 to 28.
It takes place in 1988. Dio Brando who became a vampire in exchange for depriving Johnathan Joestar's life in Part 1: Phantom Blood is coming back! Joseph Joestar's grandson, Kujo Jotaro is going to Egypt where Dio is hiding to end his family's past and fate! 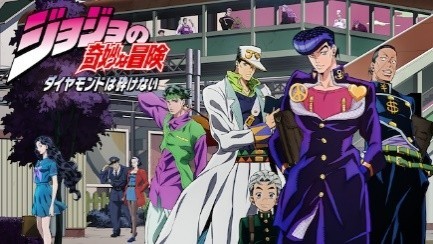 Main charctor, Higashikata Josuke
A “suspense x horror” story is described in volumes 29 to 47.
It is set in Japan in 1999. The life of the bastard child of Joseph Joestar who is the main character in Part 2, Higashikata Josuke and bizarre incidents happening in the town where he lives. Unlike other Jojo series that mainly describe battles, this Part contains comedy scenes.

Save the corrupted city! The story is about the battles of Giorno who inherited the golden spirit and his fellows! 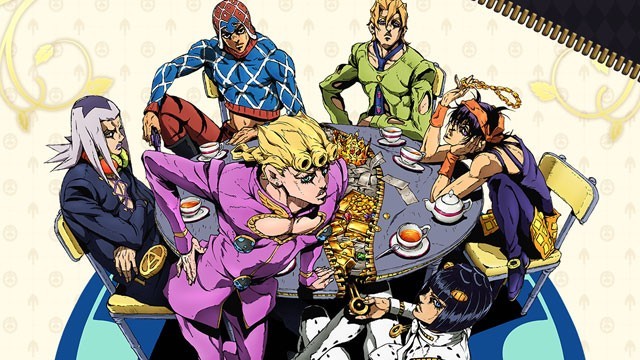 The main character, Giorno Giovanna
A “battle x adventure” story is described in volumes 47 to 63.
It took place in Italy in 2001. When Dio revived in Part 3, he left a child. Giorno Giovanna who is a son of Dio takes over the gang family that are corrupting the city. Dio and his fellows try to save the city!

All the Parts have been made into anime. So not only checking manga, you can check each episode of anime as well!

I can tell that the anime staff are very much into JoJo's Bizarre Adventure! Their work is accurately based on the original manga. They do not like to cut or revise any of the scenes. That is one of the reasons that fans love the anime in addition to the manga.

What Part should I check before I watch Part 6: Stone Ocean?

── We recommend that you read/watch at least Part 3: Stardust Crusaders! 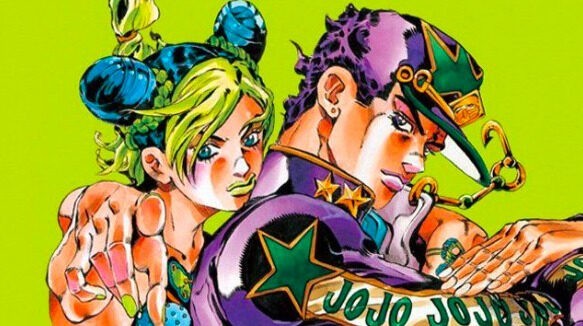 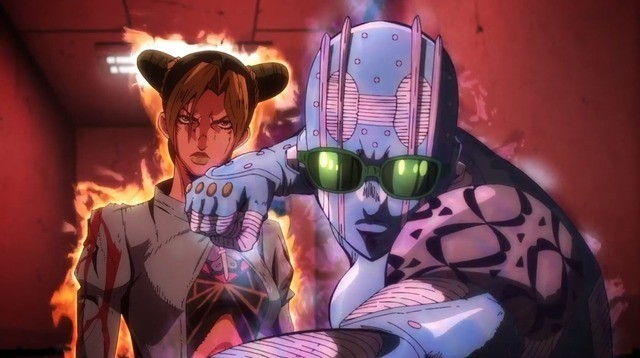 ...... as such, Part 6: Stone Ocean is like a sequel of Part 3: Stardust Crusaders! It seems Parts 3 and 6 are deeply related to each other!

I think so, too! It is not like you do not understand Part 6 without reading/watching Part 3 because there are enough explanations about the incidents that happened in Part 3, in Part 6, but it will be helpful to understand Part 6 if you have time to check out Part 3.

Are there any relationships between Part 6 and the other parts?

...... something like this! (It is my personal opinion though!)
If you do not know anything about Jojo but want to try from Part 6 anime, please try to check Part 3: Stardust Crusaders first, then watch Part 6: Stone Ocean!
In addition to Part 6: Stone Ocean, don't miss winter anime that will start airing in January 2022!

Okay, thank you for reading until the end! That's all for today! I'll see you in the next article!!
Have a good day!!
Stone Ocean