※ Caution! The manga in this article includes some horror images. Viewer discretion is advised.

Hi everyone! I do not “see” anything. It's Boss from Manga Republic.

Hi there! I can “SEE!” It's Saori from Manga Republic!

I can see my future. Boss is going to give me an extra bonus!

Hmmmm...... I do not think this is going to be happening in the near future......
Okay, the manga we want to talk about in this article is a story about a girl who can SEE something without her intention. BUT it is not only that she can see some things! It is also that the story is funny! The secret of this popular manga is because of two factors, horror and comedy, at the same time!

【Fall Anime 2021】
Horror x Comedy!
Horror anime will be different this fall!!
Mieruko-chan is finally made into anime!! 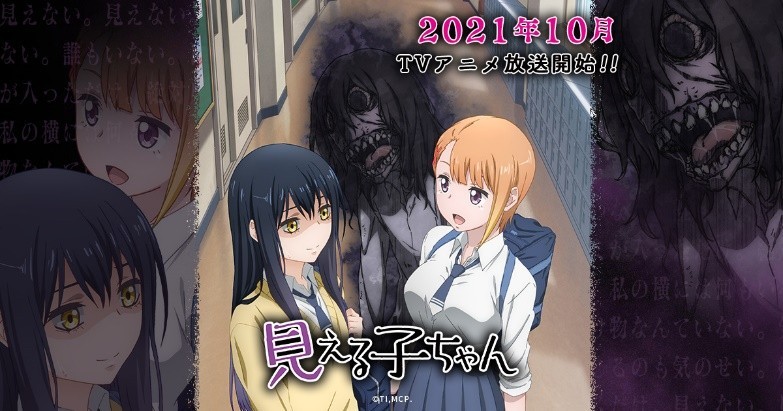 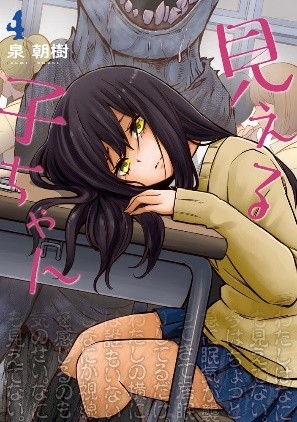 Mieruko-chan is a horror/comedy manga that is written and illustrated by manga artist, Izumi Tomoki-Sensei. It has been serialized since 2018 and episodes were collected and released in 5 volumes of tankoubon.
Nominated for various manga awards such as Tsugi ni Kuru Manga Awards 2019. Buzzed on SNS even before its anime adaptation. The anime will start airing from October 2021.

Oh noooooooooo! I am really scared of horror stories. To be honest, I do not feel like talking about it!

No, No, No, please wait! This manga is not only a horror manga but also a comedy manga! That is the biggest feature!! If you try it, it may not be so scary!

Mieruko-chan - what kind of story is it? 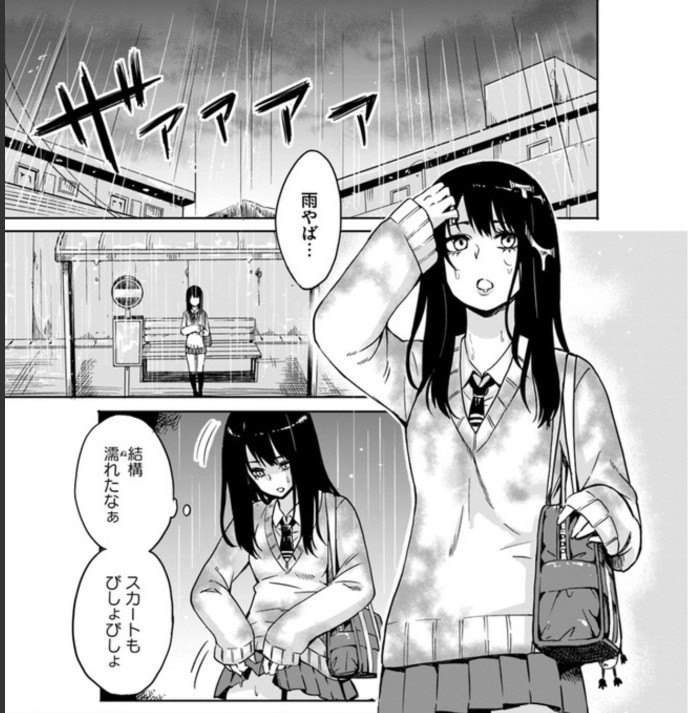 The main character of this story, Yotsuya Miko, is always asked...... 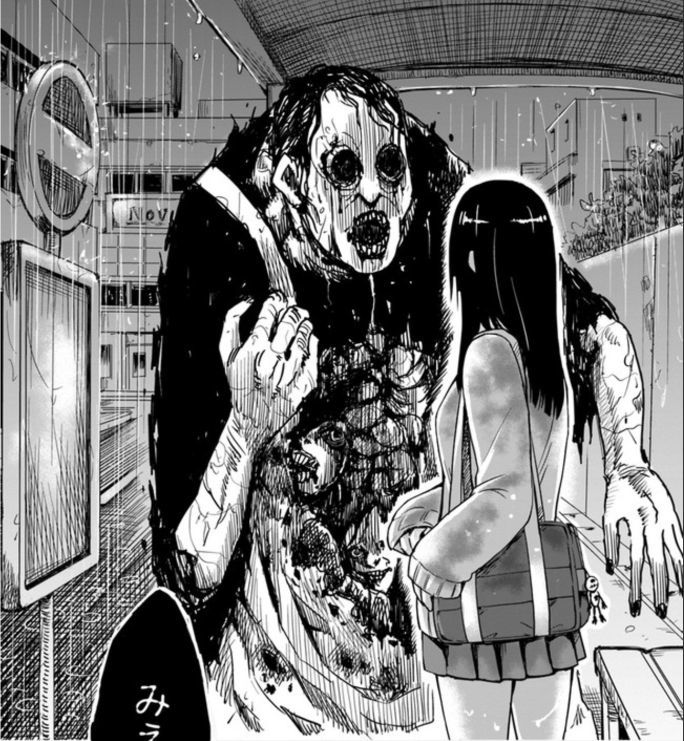 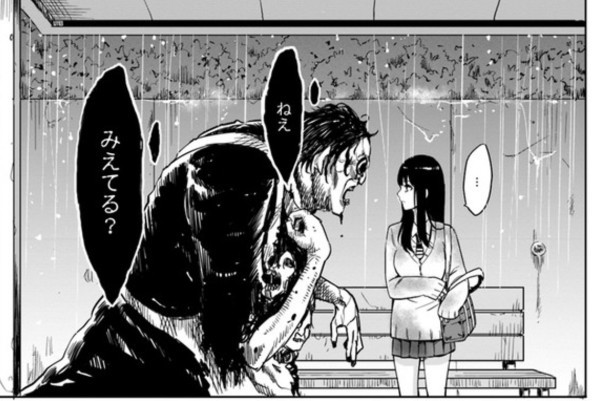 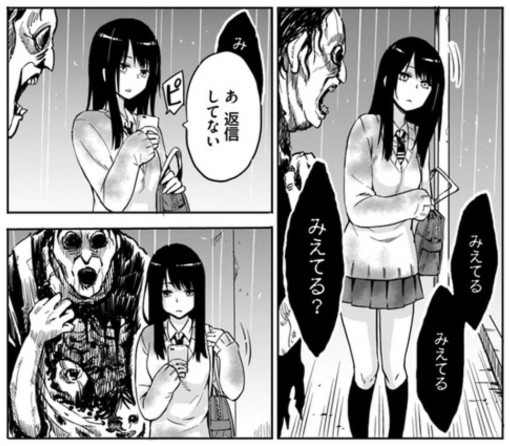 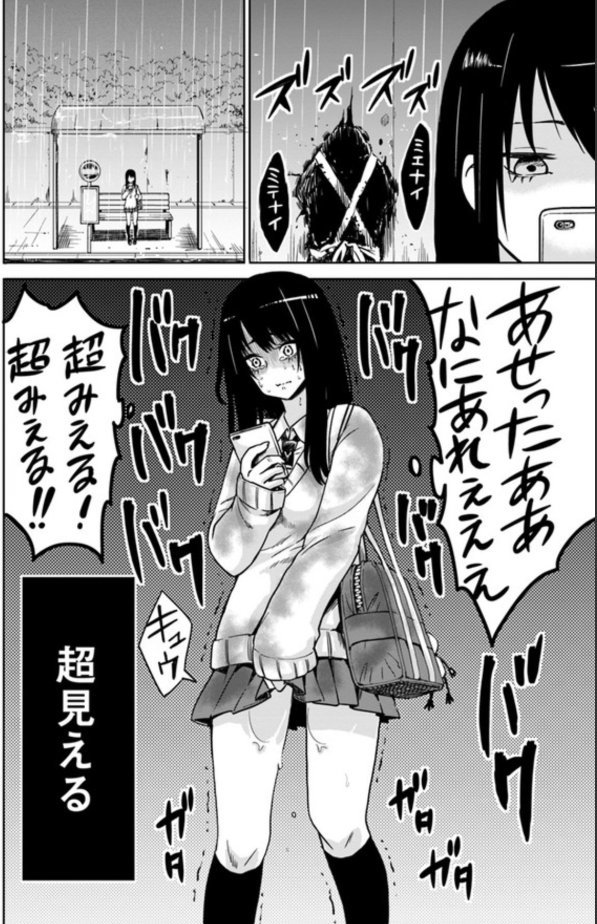 ......by something/someone she does not want to see.
She is seeing it but she has decided to pretend as if there was nothing there no matter what.
She ignores whatever comes up to her. She tries not to change her reaction. In this story, Miko is trying to overcome whatever she sees and avoid any interactions with the things in front of her.
For example, 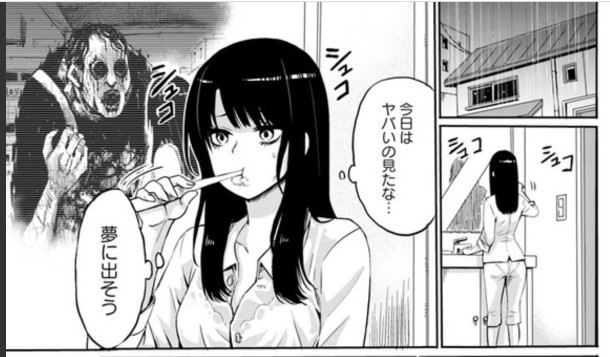 One night, she was thinking about a scary moment that she experienced during the day. She was tired and wanted to go to bed early. She was brushing her teeth. 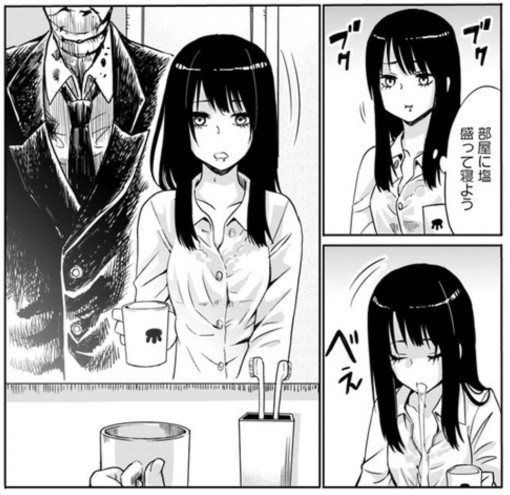 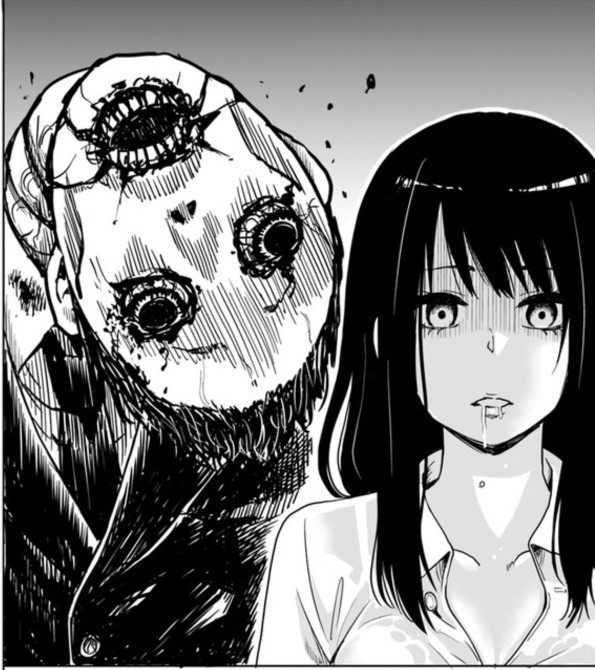 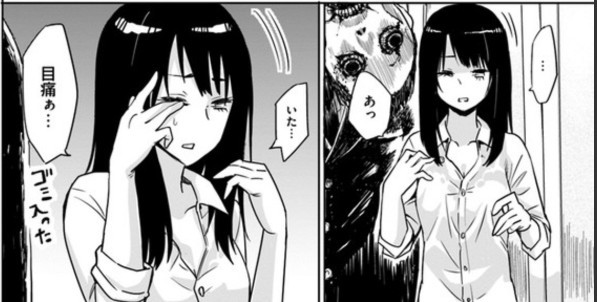 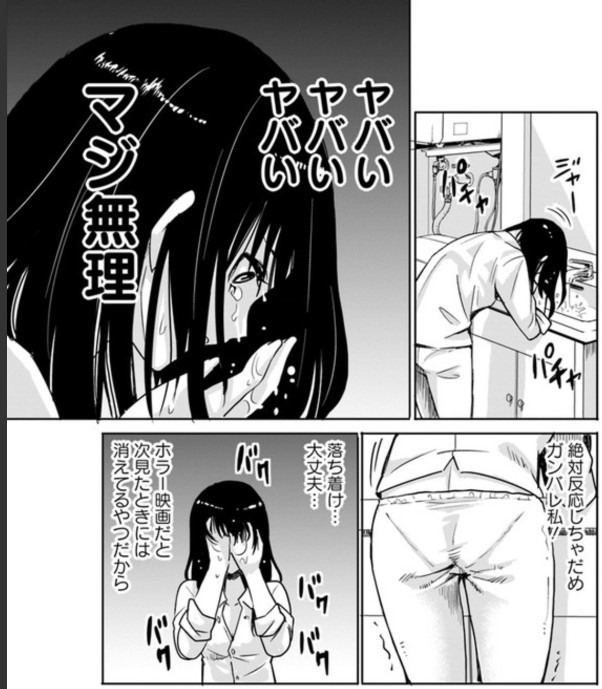 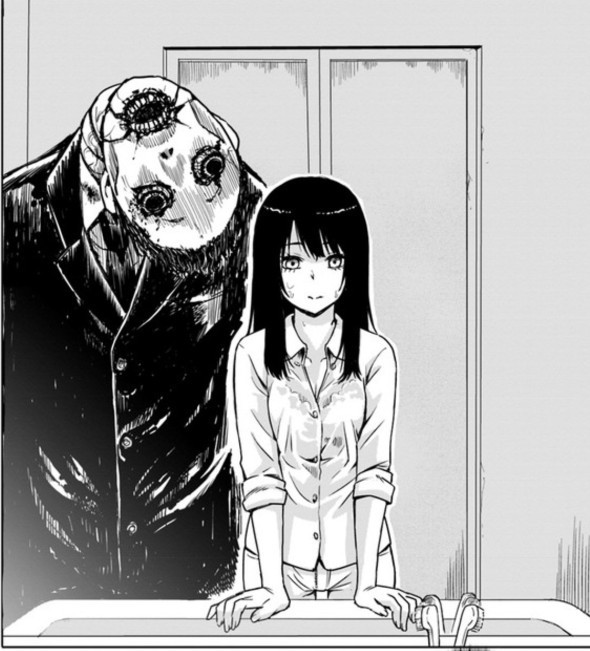 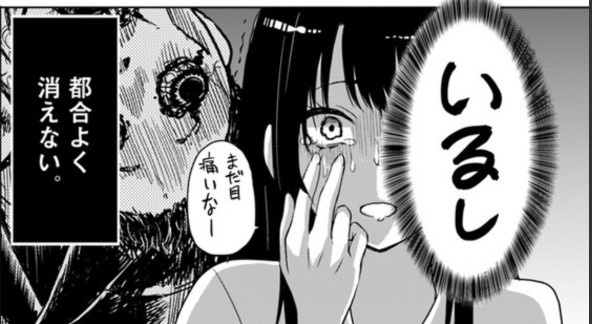 So far, all the scenes are really scary for me though! 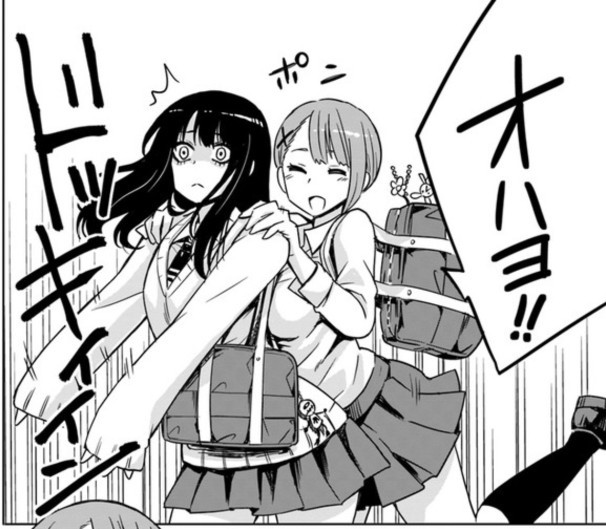 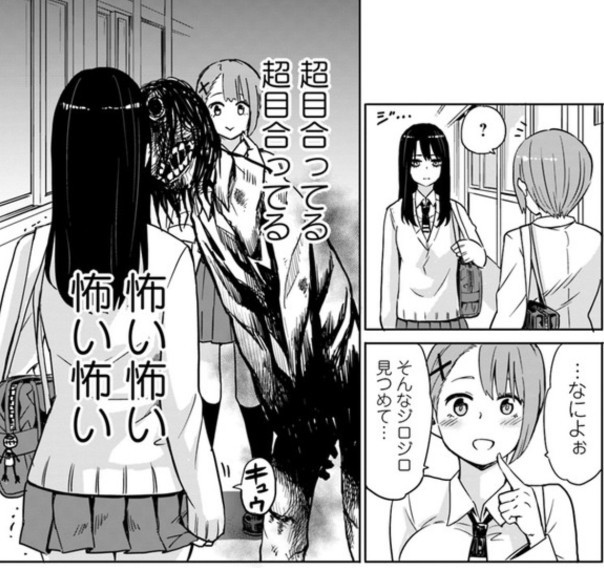 Are you sure? Is it going to be NOT scary?

Well...... Izumi Tomoki-Sensei is really good at drawing “ghosts,” so the illustration will be still scary but the story is comical. So you can enjoy both tastes! 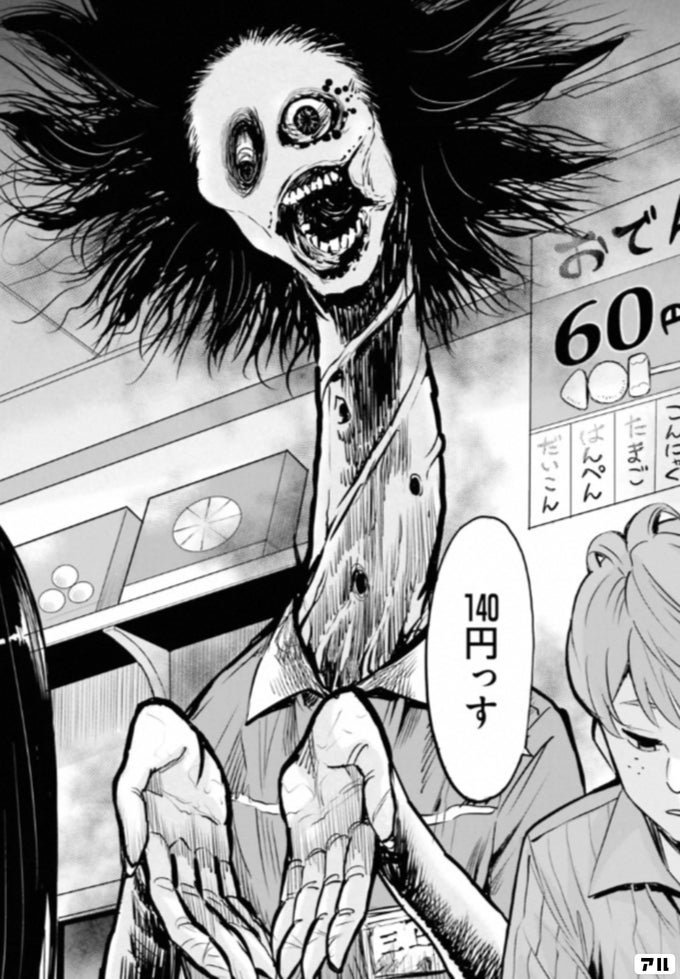 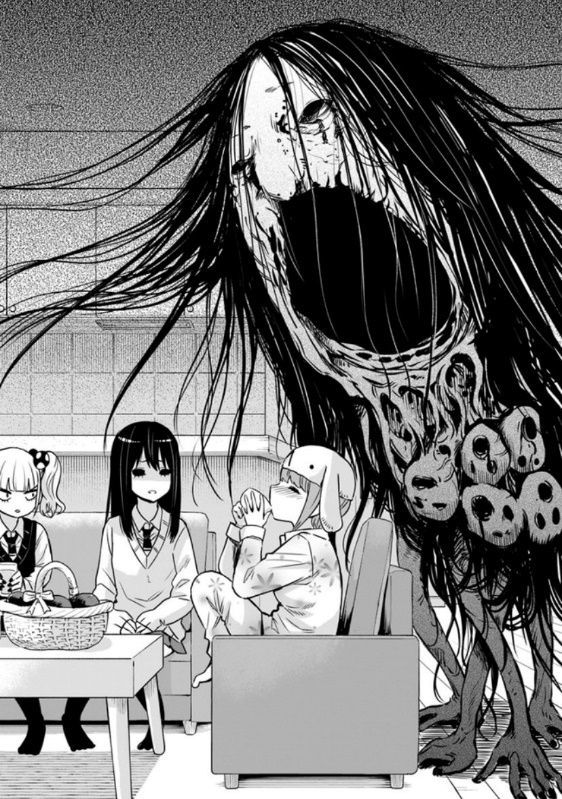 That's all for today! I'll see you in the next article!!
Have a good day!
Mieruko-chan, Izumi Tomoki