Hello, everybody. My favorite food is pasta. I love to make and eat them. I’m Manga Republic’s Boss.

Hello, everybody~! My favorite food is ramen noodle! I’m crazy about it! It’s Saori from Manga Republic!!

Noodles are always easy, fast and delicious, huh~?? (I love tonkotsu flavor most among all the ramen flavors)
And today! We’ll be featuring a manga series, whose 2nd season of anime is scheduled to air in October 2021!! It makes us so happy just by watching it...... but it also makes us hungry too......! Here we go!!

【Autumn 2021 Anime】
What’s Special on Saturdays?
“Another World” × “Good Food”!
Both Your Stomach and Heart Will Be Satisfied with an Autumn Anime, Restaurant to Another World! 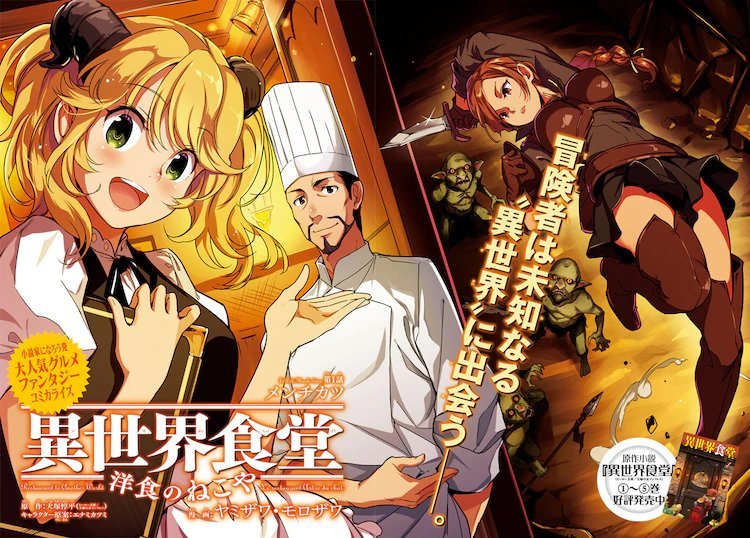 What Is Restaurant to Another World (Isekai Shokudou)? 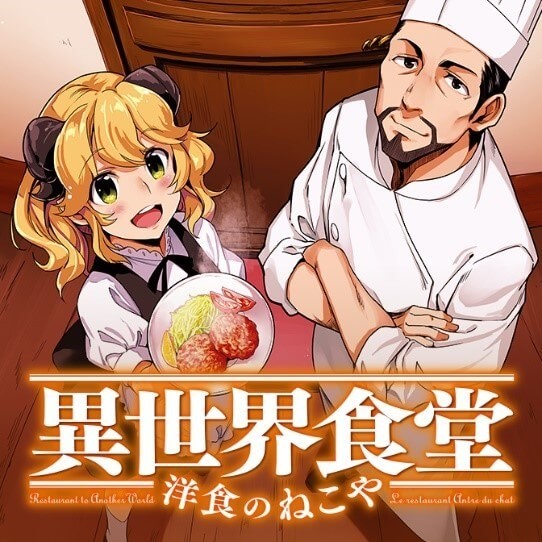 “Restaurant to Another World” is a Japanese light novel series written by Inuzuka Tonpei-Sensei. It was posted in “Let’s Become a Novelist” (a Japanese user-generated novel publishing website) in 2013, still being updated irregularly.
It has been a very popular series, issued over 1.1 million copies. The comicalized version started to serialize since 2016. The 1st Season of an anime television series adaptation aired in 2017 and the 2nd Season will premiere in October 2021.

Well, actually, I don’t know what this story is really like but I know one thing. When its collabo café was open, all the dishes there looked so delicious and everybody got so excited about it. Hey, look! They all look delicious, for sure~!!! 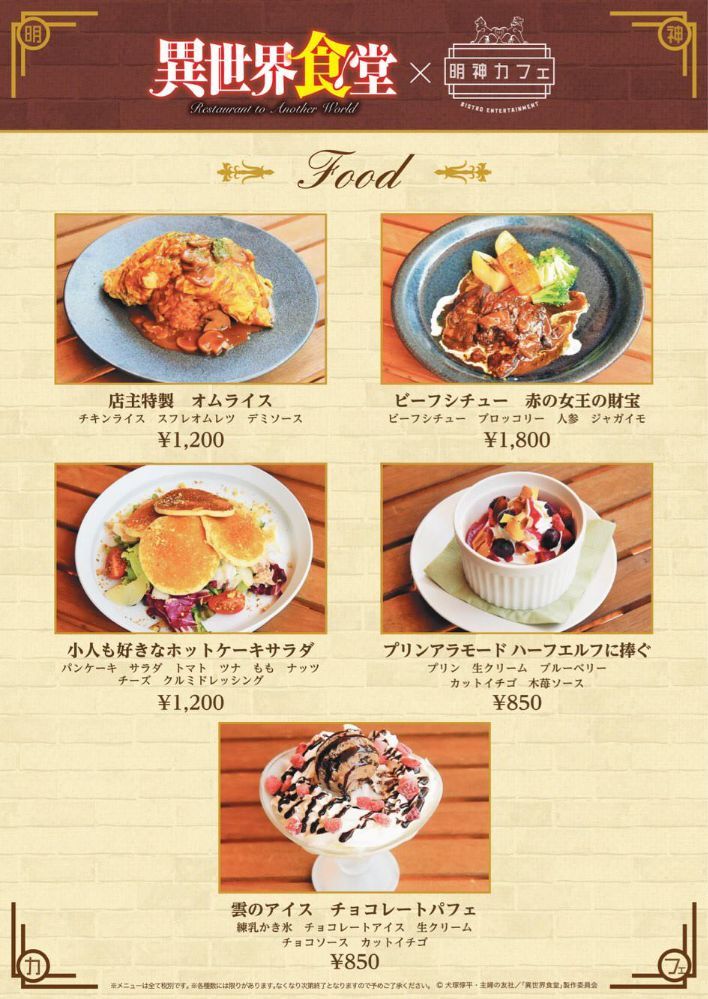 Outline of Restaurant to Another World (Isekai Shokudou)!

The story is set in The Western Restaurant Nekoya.
It’s an ordinary restaurant located in the business district, which opens regularly on weekdays. 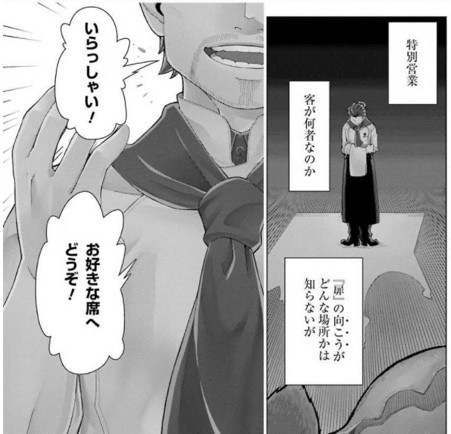 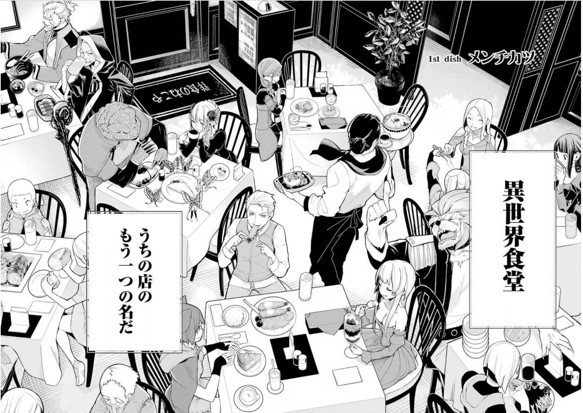 And on Saturdays......
Its doors are opened to the inhabitants of other worlds, where they are treated good meals. 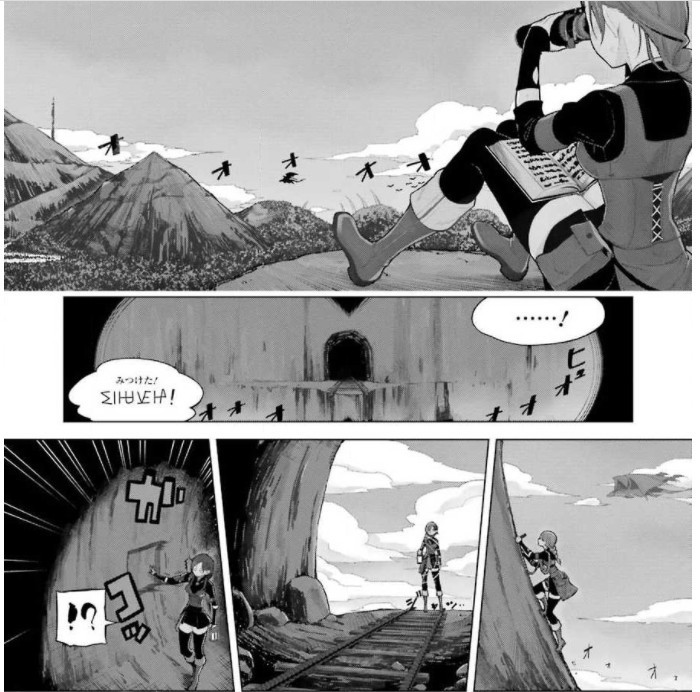 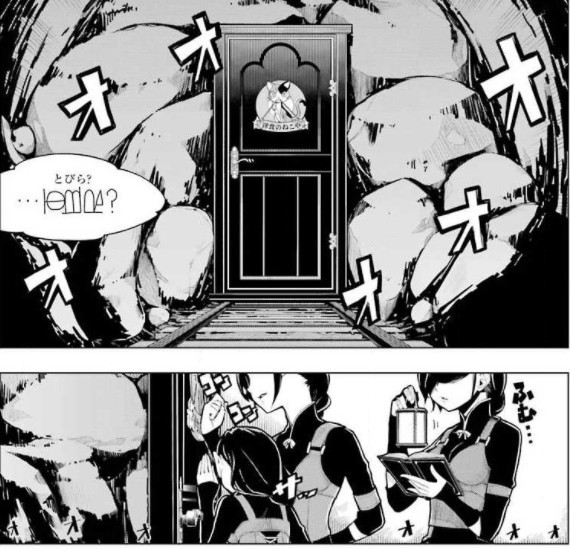 On that day, the door (which is connected to other worlds) is opened to a girl.
The girl, who has been exploring a mine, finds an unnatural-looking door. 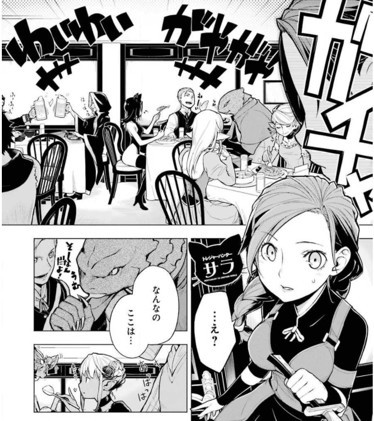 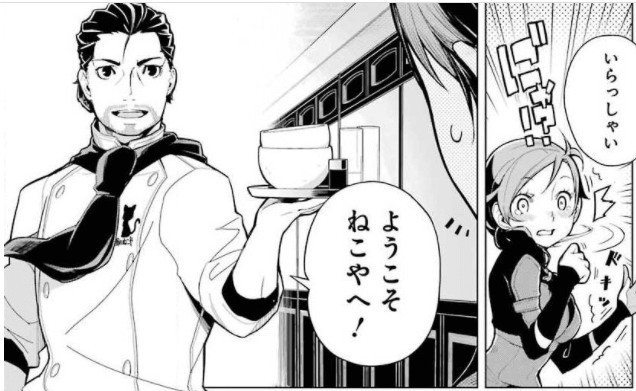 When she opens the door, people from other worlds, who she hasn’t seen before, are enjoying eating meals.
Surprised, she is just staring at them, when the restaurant’s master talks to her; “Welcome to Nekoya.”
After the master finds out that she is from the mine, he says to her, “Did you happen to come from the world, where William-San was at?” 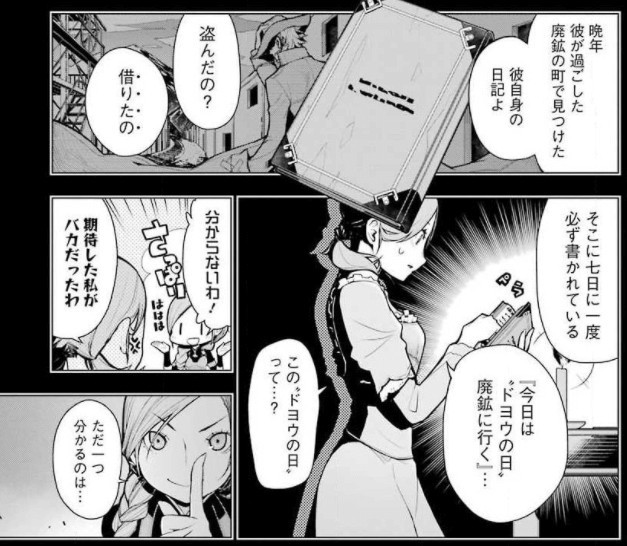 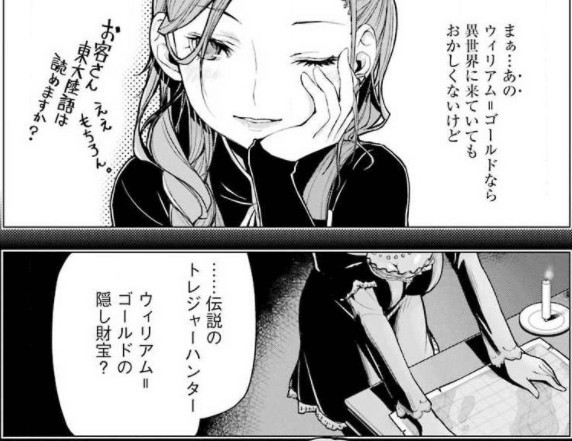 She immediately reacts to the name, William.
William is known to be a legendary treasure hunter in the world she lives in and he is her ideal person as well. She actually explores a mine to investigate just because William has left the phrase “I used to eagerly go to a mine somehow on Saturdays” in his diary. 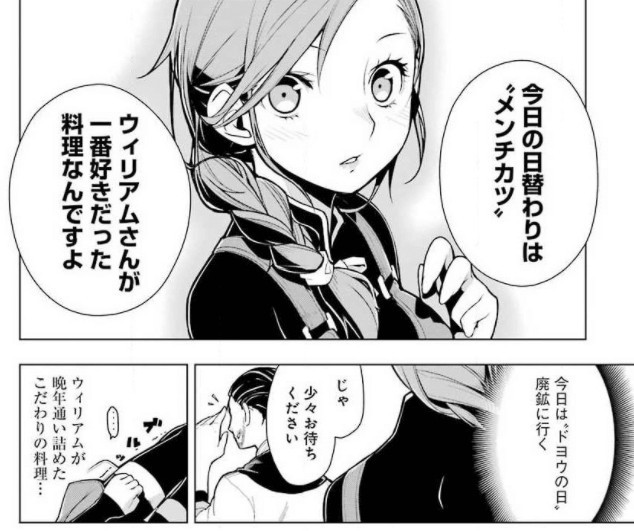 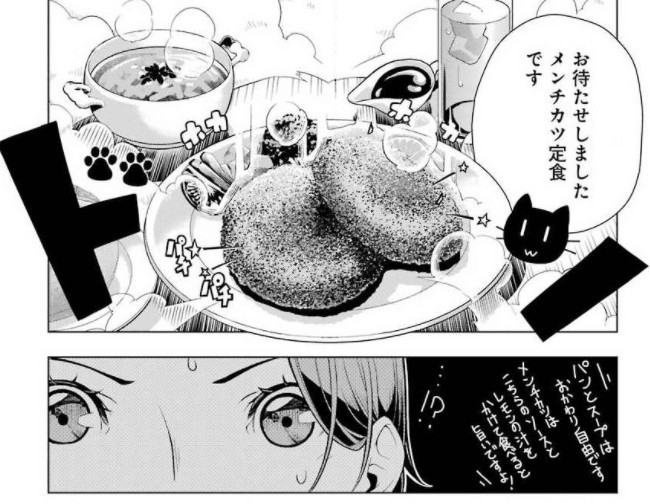 She now knows why it was Saturdays...... the mine is connected to this restaurant in another world, where they serve good food. Well, then of course, she has to know how the restaurant, where William would eagerly go and eat, more......! She orders a daily set meal.
It comes with minced meat cutlet that day.
The master tells her that it was William’s favorite food. 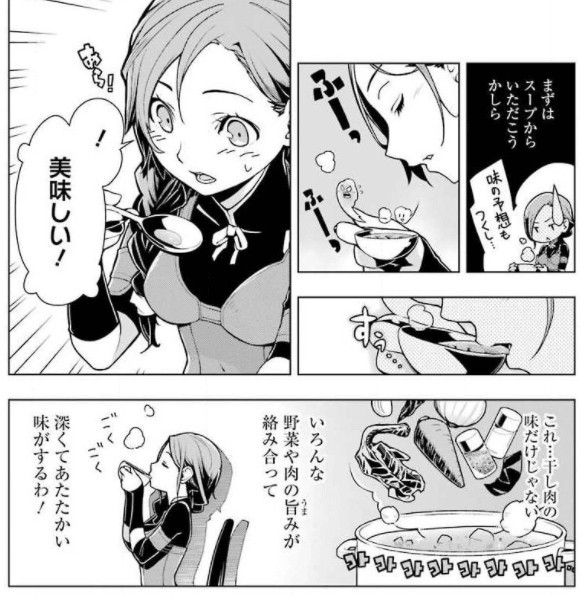 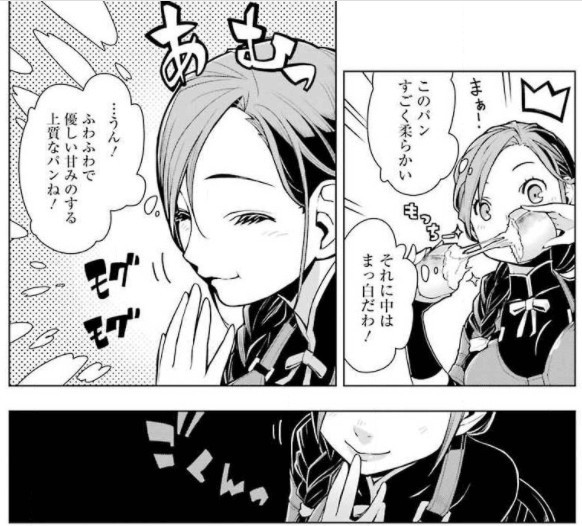 It also comes with soup with various ingredients such as meat and vegetables deeply simmered, and the bread, which is crunchy outside and fluffy inside.
She already finds out that it is such a “classy” restaurant. 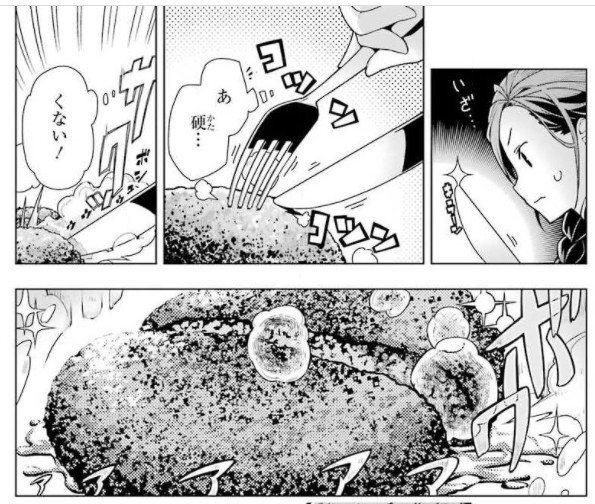 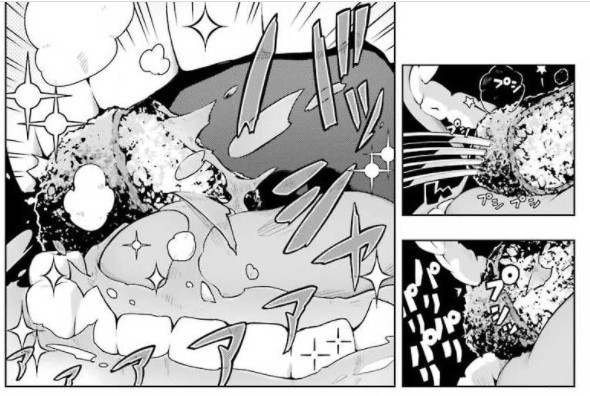 And here comes the minced meat cutlet...... There are no such thing in the world she lives in.
It looks hard but...... once she cuts it with a knife and a fork, it easily breaks apart...... the beautiful meat juice is gushing, just like the spring. 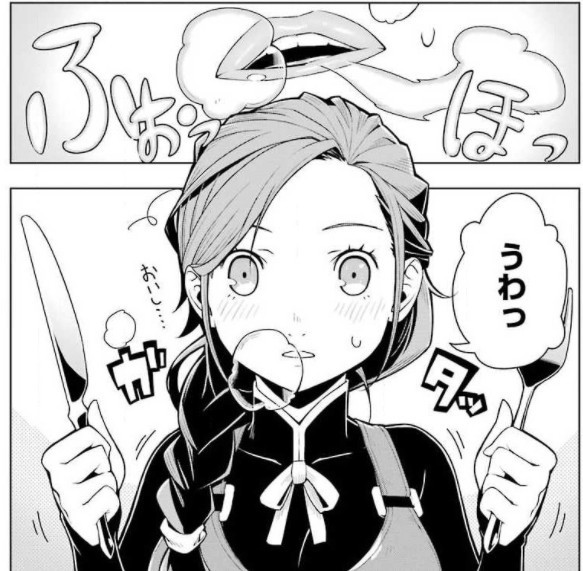 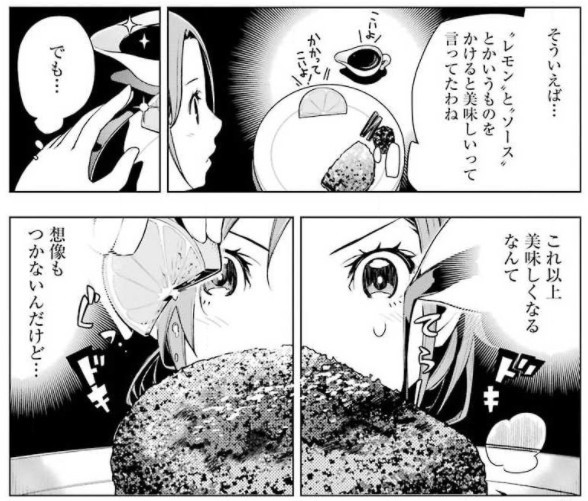 She even feels shocked from the deliciousness.
On top of that, eating it with a lemon and sauce that comes with it, brings out the flovor of the ingredients, which is incredibly delicious to her. She is so impressed at how delicious it is that she orders three more before she notices. 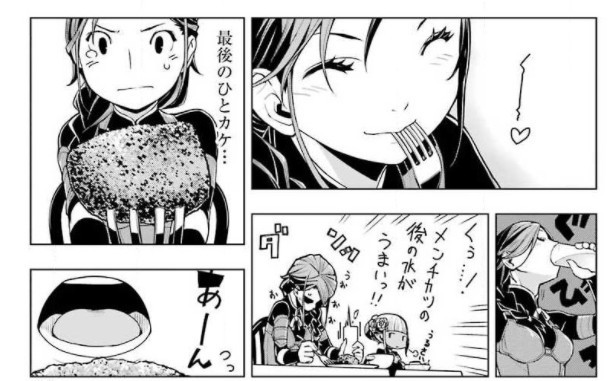 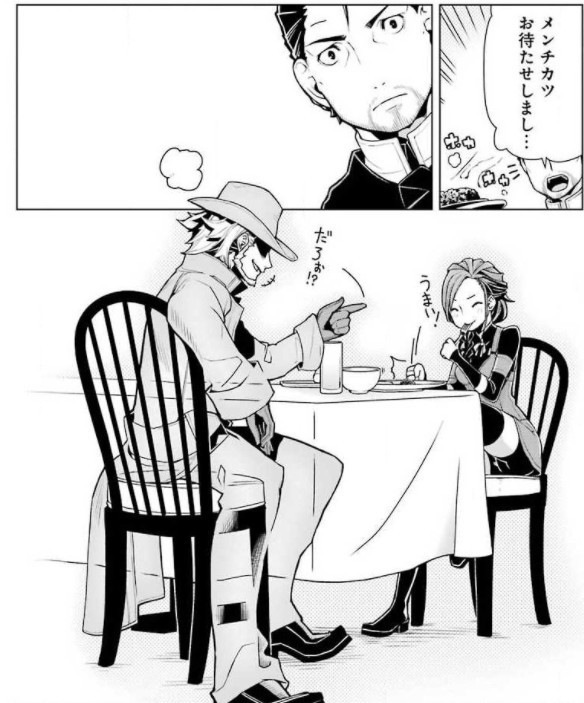 The master, then, sees an apparition, which makes him feel nostalgic, right in front of the girl, who is cramming food into her mouth.
Yes...... it is an adventurer, who would often come to this restaurant and cram this delicious minced meat cutlet, just like her......

Yeah~ One of the best parts about “Restaurant to Another World (Isekai Shokudou)” is that we can enjoy such a heartwarming story, where they treat delicious dishes to the inhabitants from other worlds! (And you know what? It airs on Saturdays too! Awesome, huh?) And guess what? Something lovely is going to happen to this girl after she eats everything.

All right now! This is all for today! We’ll see you all at the next article!
Bye-bye~!
Restaurant to Another World (Isekai Shokudou)