Hello everybody! So! Speaking of James Moriarty…… Do you know what kind of people he is~? It’s Saori from Manga Republic!

Aaand, hello everybody. I’m Manga Republic’s Boss. Yep, I do.

Speaking of James Moriarty, he’s one of the characters who appears in the detective novel, Sherlock Holmes, written by Sir Arthur Ignatius Conan Doyle, right?
He is the fatal rival of Sherlock Holmes, who is the main protagonist detective. With an outstanding intelligence, he has two faces: one, as the former mathematics professor and the other, as the ruler of the evil organization, being active behind the scenes in London. He is also called the ‘Napoleon in the crime world’, who competes against Sherlock Holmes repeatedly 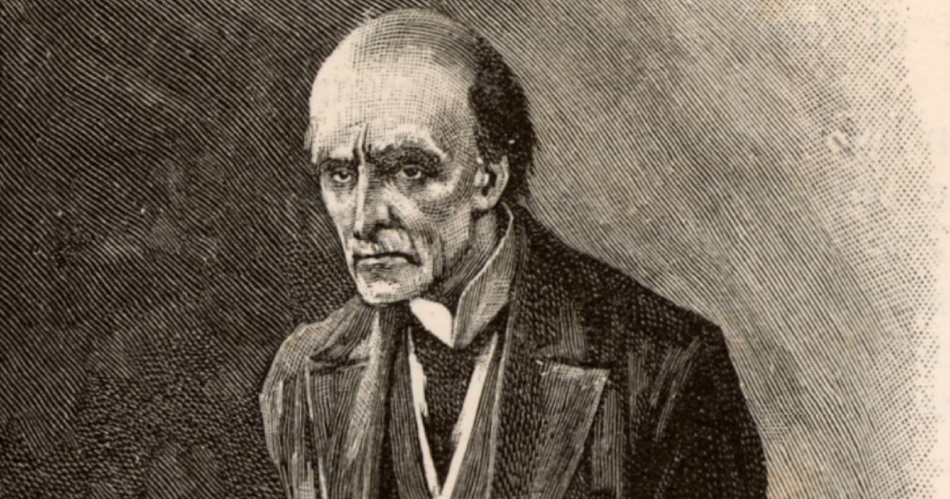 You’re right! Recently, he has appeared in Fate/Grand Order too and even those who haven’t read Sherlock Holmes are getting to know him now! 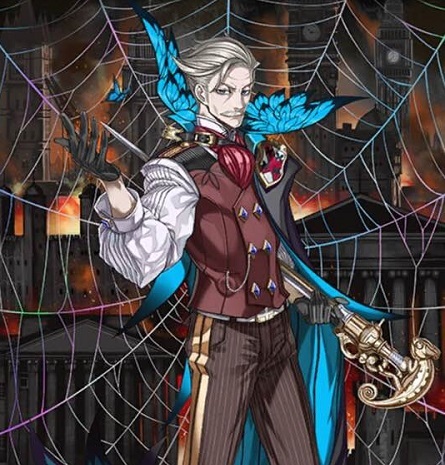 And! The Manga title that we’ll be featuring in this article is one of the 2020 Fall Anime, and HE, James Moriarty, will play the main role!!

【2020 Fall Anime】Here Comes the Crime Suspense Which Changes England by THREE James Moriarty! A Special Number for Moriarty the Patriot! 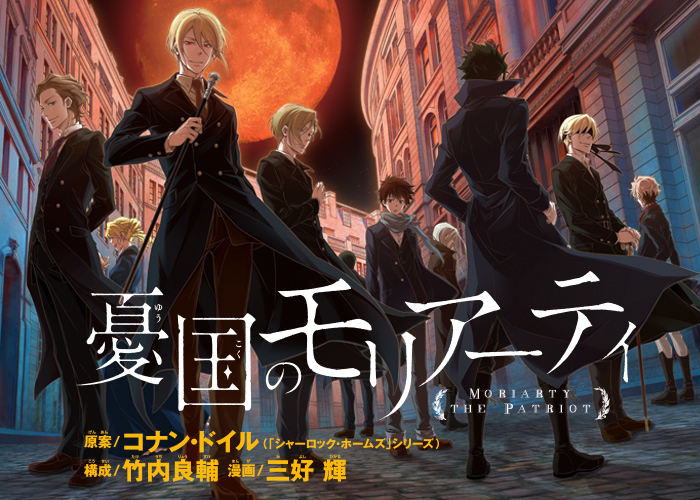 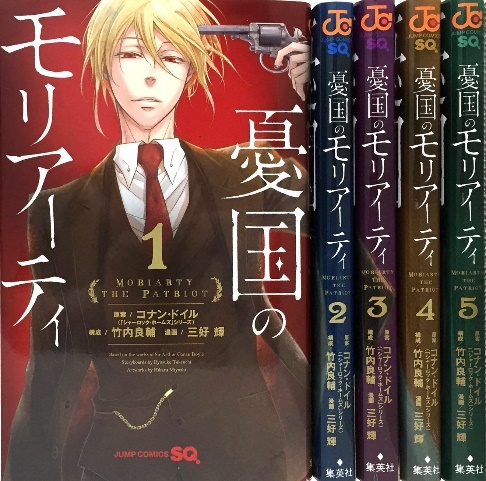 Moriarty the Patriot (Yuukoku no Moriarty) is a Japanese crime suspense manga series, serialized in JUMP SQUARE since 2016, written by Takeuchi Ryousuke and illustrated by Miyoshi Hikaru.
It’s based on Conan Doyle’s “Sherlock Holmes” series, depicting James Moriarty, who was active behind the scenes in England. It has been made into a novel, a musical and a play. In the fall of 2020, its Anime is also scheduled to air. 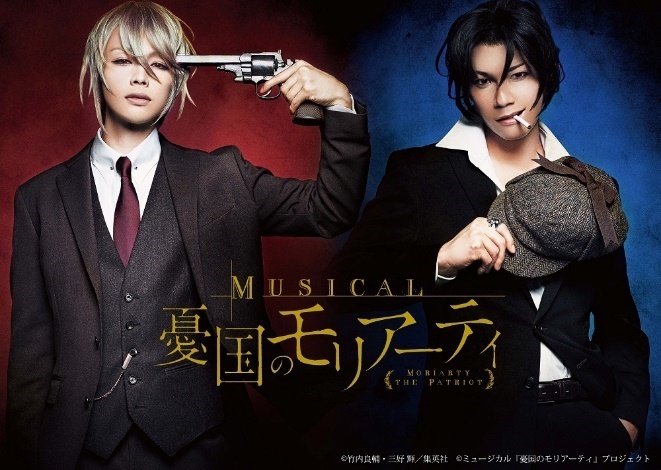 The best part of Moriarty the Patriot (Yuukoku no Moriarty) is that anybody can enjoy this title as an entertainment even if we don’t know anything about Sherlock Holmes!
You might think this is a story, where James Moriarty will revolutionize England if you don’t know any knowledge in advance. However, it could be a story, depicting a completely new side of ‘James Moriarty’, if you are familiar with Sherlock Holmes……!

Mmm…… I’m so curious about this story…… Let’s check out the outline now! 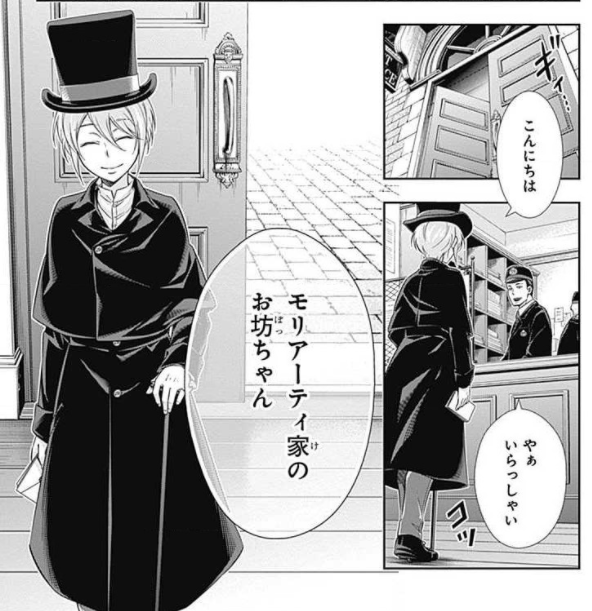 The story is set in 1866 in England.
A nobility boy is running some errands, where he predicts what’s going to happen in the future by the card he picks from the board of the card game. By doing so, he listens to those in need and gives them good solutions politely. 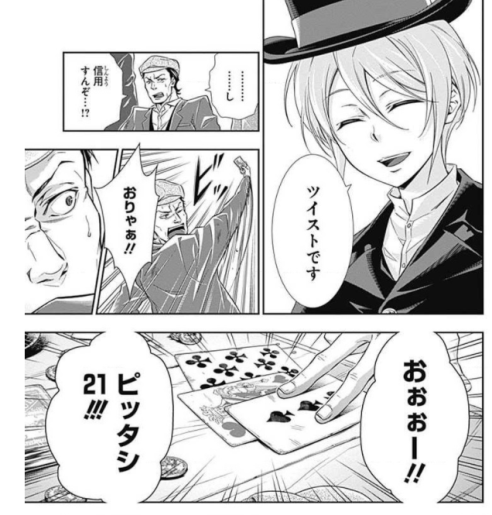 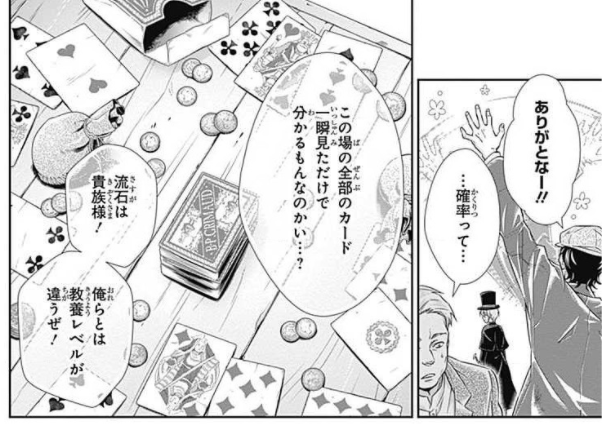 The boy, William, is the second son of the Moriarty, a noble family, who is well-known in town. The Moriarty has been looked up to and shown appreciation by many people in town because they contribute to the town by giving them knowledge and fund so the town will develop in the future.
On the way back home, William runs into his older brother, Albert. While everybody on the street sees them and shows them appreciation, there is only one man who is muttering strangely.
“William boy…… he’s grown up but…… Did he look like that?”

As soon as William gets home, various people scold him.
The butler, his mother…… Yes, William is actually from the poor family and he comes to the Moriarty as a part of the “volunteering activity”.
Louis, who is in charge of cleaning the garden, is in the same situation as William too. However, the oldest boy, Albert, cherishes William and Louis, thinking that they are smart, kind and precious family members even though they are not the biological brothers. 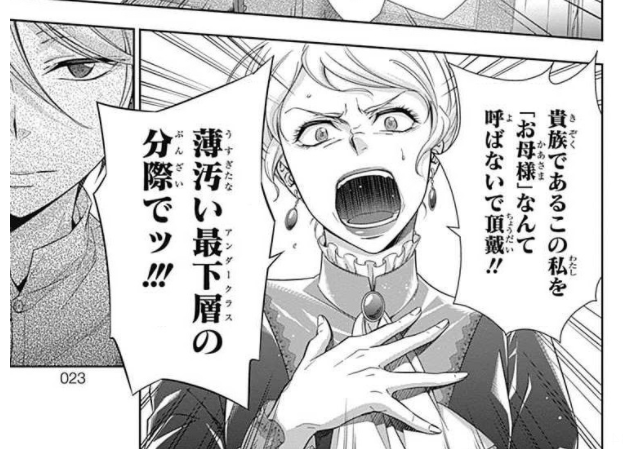 The real William in the Moriarty hates the poor William. That’s why he indirectly abuses William and Louis by reminding his mother of his father cheating on her with a woman from the poor family so she gets mad at William and Louis. He even makes his clothes dirty or steals something and blames on them.
Why? It’s simple.
“They are the filthy poor boys”. That’s it. 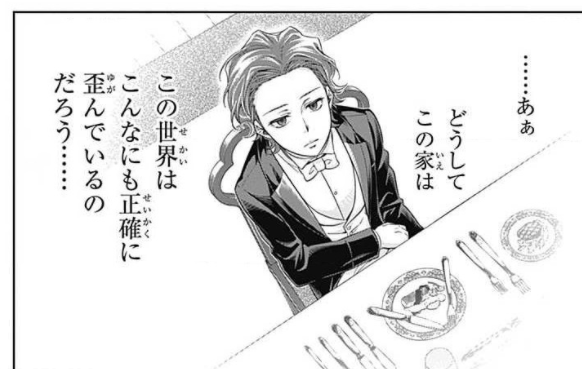 It’s a year ago, when Albert has suggested that they should adopt William and Louis in their family.
William and Louis got along well in the orphanage, being able to read and write difficult vocabularies. Both of them were extremely smart.

They have earned it naturally, as they lived.
They never wanted to steal anything just because they were poor. If they give those in need knowledge, they will appreciate them and end up saving them. Especially William loves to help those in need.

And there was one incident that made Albert definitely want to adopt them.
William has taught other children in the orphanage that there are “good nobilities” and “bad nobilities”. If you meet the “bad nobilities”, “fight against them and kill them”. This is the right way of getting rid of the evils so we can have an ideal country. 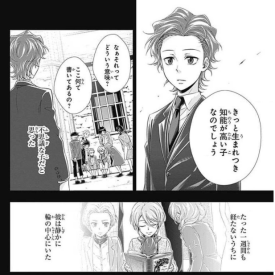 Albert has suggested the idea of adopting William and Louis to the Moriarty not because they are clever but because he thinks that they are the “siblings” who have the same ambition as himself by intuition. 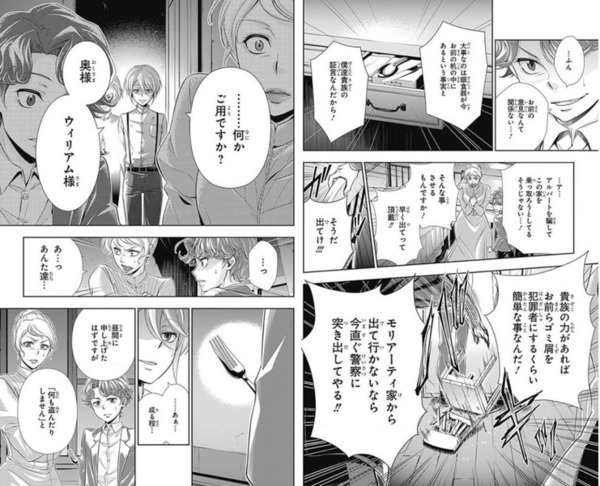 And finally, Albert, William and Louis takes an action.
One night, their mother and a real William try to make up the story, where “William and Louis are stealing dishes at home”.
William and Louise, who were seen when they were in the kitchen, have a defiant attitude and scream. “Nobody would believe the poor, the trash in the society, if the noble proves it, huh?” 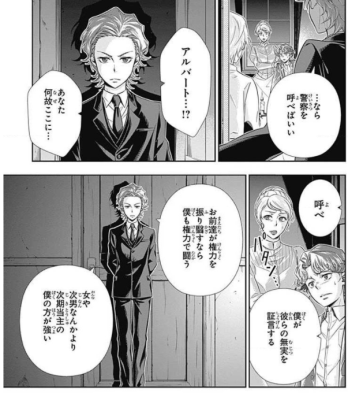 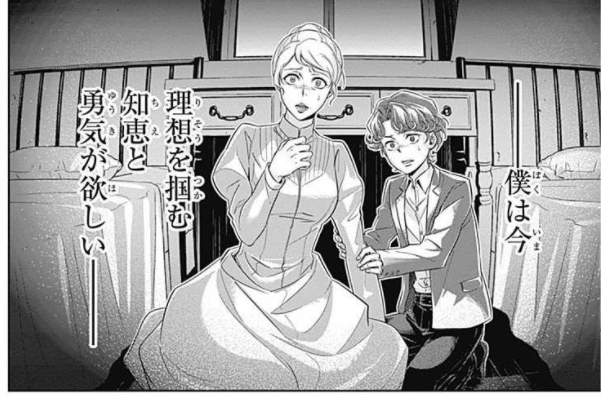 Then Albert shows up there.
Albert knew that his mother and a real William had tried to keep William and Louis at a distance. Albert has made a decision, seeing them use dirty tricks and abuse them just because they are “poor”.

“We don’t need people like you two in this world.”
Albert hates the society from the bottom of his heart and deeply and strongly thinks and wishes so. And William and Louis nod, empathizing his thought and wish.
“We’ll punish you by the order of Mr. Albert.” 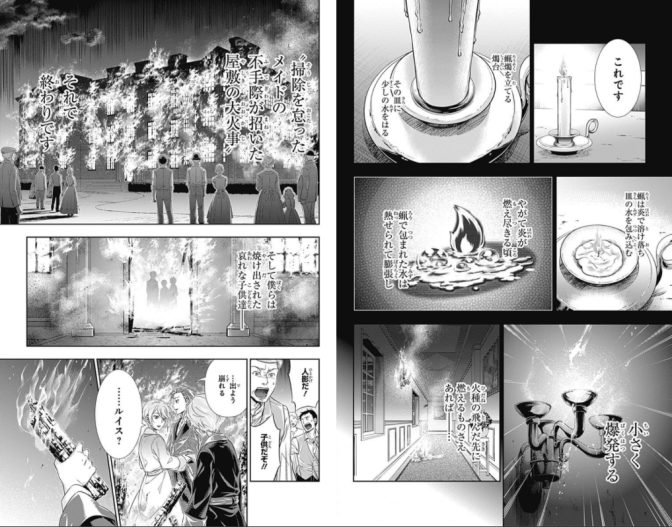 That day, “there is a fire in the Moriarty.”
It caused by “a careless person who has used the fire”. In fire, “A father, a mother, the second boy and nine employees who have failed to escape all died”. 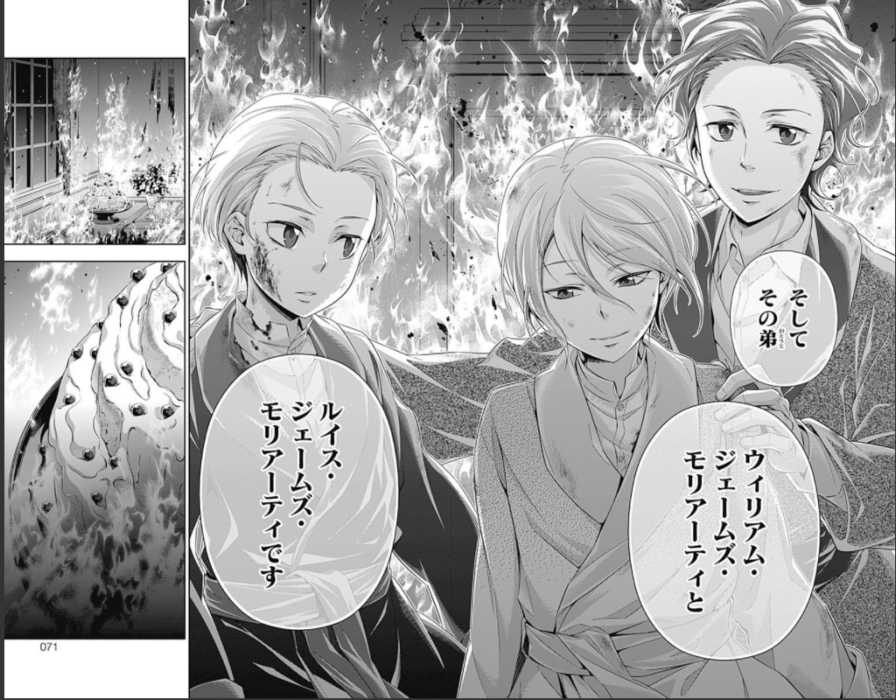 The ones who have survived are the three James Moriarty.
The oldest, Albert James Moriarty,
The second oldest, William James Moriarty,
And the third oldest, Louis James Moriarty.
Instead of justifying the dirty noble society, they wish to get their beloved London, England, back to a “beautiful country”, even if they make the country enemy…… They are the siblings that have the same spirit. 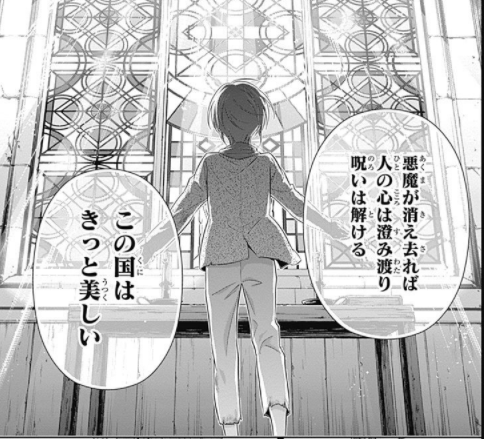 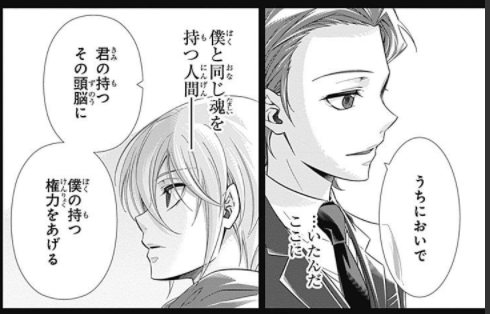 As time goes by, the story familiar to anybody, starts.
The story, where “James Moriarty” changes the nation of England…… 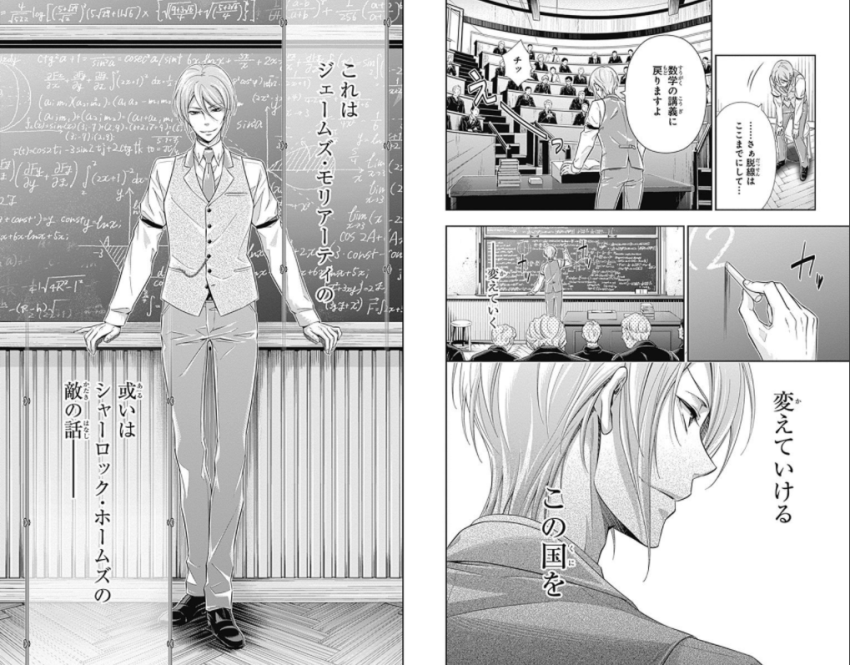 What a good final episode……

No way! This is where the story starts!

I was so curious after this so I read it but it was so~~~ goood!! Especially after Sherlock Holmes appeared, it was super interesting!!
This Sherlock Homes is such an incredible person…… I think that this is the perfect scenario for the play too! It’s magnificent, mysterious and dramatic! Awesome!! It’s the best detective story!!

So you guys! For those who want to enjoy a 2020 Fall Anime, which has high-quality elements such as a mystery, a suspense and a brain battle……! Try this! Even if you don’t have any knowledge in advance, you can still enjoy it! That’s what I really thought about this title!!