The BL Manga I’m featuring today is the best one for the BL Manga BIGINNERS! It’s the one with fewer volumes, depicting two youth, loving each other in the modern world, where you can read it with nice tempo! So! You don’t have to prepare for anything by doing a difficult setting up or reading the previous volumes! It’s a high rated title by the Japanese fans, where you can read it very comfortable!! Here we go!! 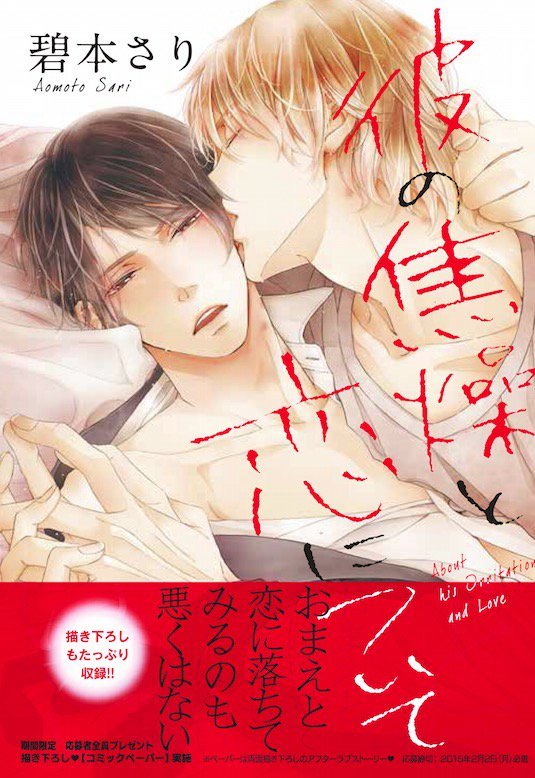 What Is Kare No Shousou To Koi Ni Tsuite?

It’s a BL Manga created by BL Manga artist, Aomoto Sari-Sensei around 2014.
Aomoto-Sari-Sensei usually works on the scenario that contains character-setting and historical background, which are easy to read (such as the story that is set in the modern world, where normal adults or students appear) Therefore, the readers would easily empathize with characters’ feeling or unstable human relationship, which makes its rate very high.
Check HERE for Aomoto Sari-Sensei’s Work! 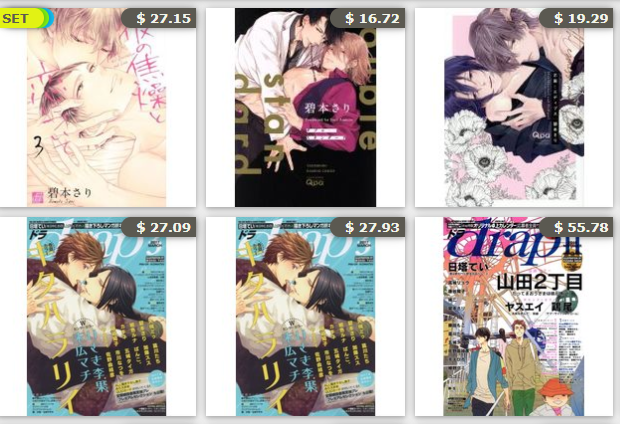 Outline of Kare No Shousou To Koi Ni Tsuite! 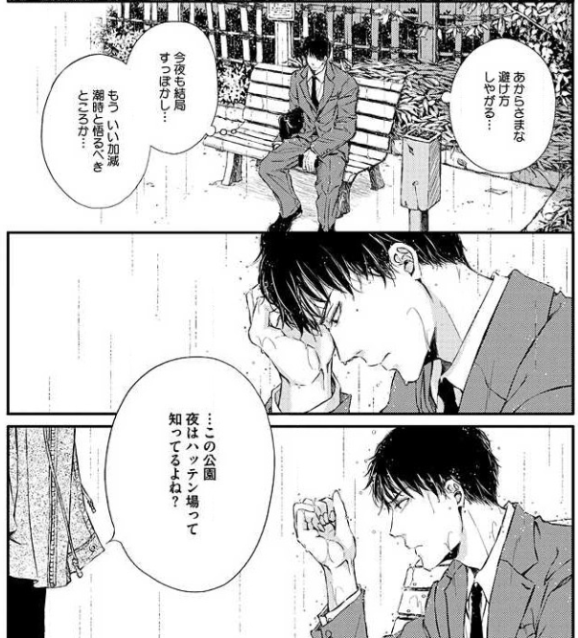 One rainy day, there is a man who is waiting for someone without an umbrella.
His name is Yajima.
He works at the law firm, and keeps on having physical one-night-stand relations with various men. That night as well, he is supposed to meet a man but cannot get hold of him.
He finally finds out that he gets cancelled at the last minutes, which he has experienced before, and he figures out that they are not meant to be together. 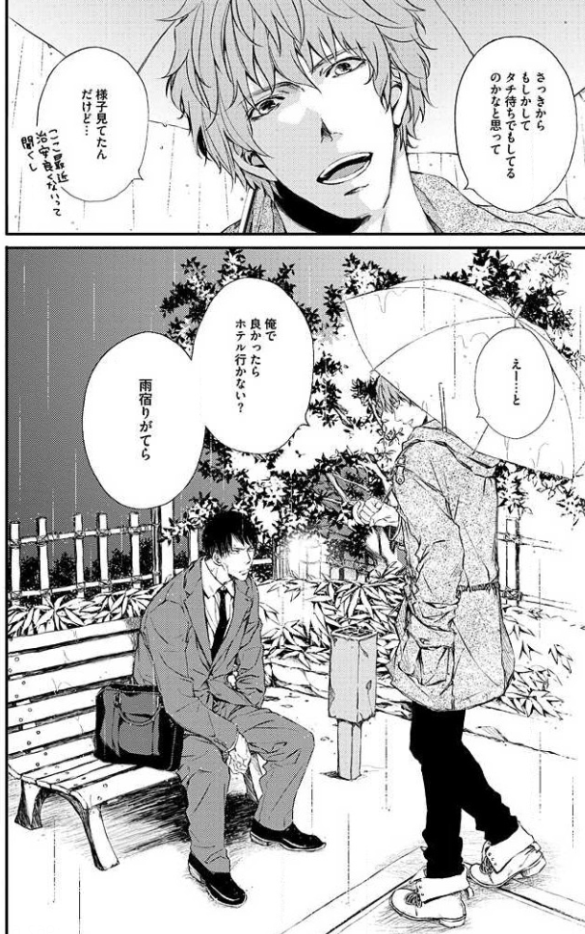 Then a young man suddenly talks to Yajima.
His name is Watabe. There are two reasons why Watabe talks to Yajima.
One is that Yajima is waiting for someone in the rain without an umbrella. The other is that the place where he is waiting is known to be the meeting spot for “the men who want to have a physical relation” at nighttime.
Watabe talks to Yajima because he thinks that Yajima gets cancelled by someone at the last minutes. Watabe suggests to Yajima that they should spend the night together if there is nobody to hang out with, especially because it’s raining too.
Honestly, though, Watabe is not Yajima’s type. Yajima keeps on having physical relations only with older partners and Yajima knows that Watabe is clearly younger than him. However, since Yajima is upset by getting cancelled, he ends up spending the night with him that night.
Since that night on, they start to spend time together whenever they have time. Yajima has thought that he can have physical relations only with older men but now being with Watabe is actually fun for Yajima. Watabe also seems to be having fun with Yajima. They gradually get closer to each other.
One day, Watabe asks Yajima:
“Why do you prefer older men?” 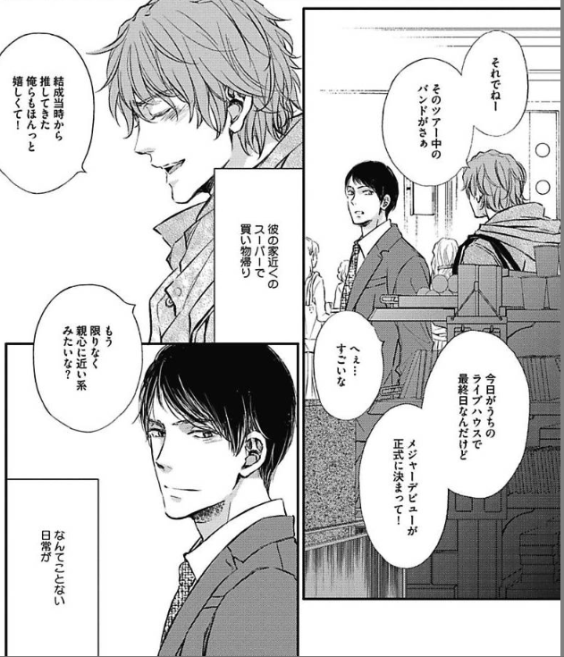