Hello, everybody! It’s Saori from Manga Republic!
Sorry for a sudden question but!! Speaking of School Love Comedy, what kind of storyline would you associate with?

Aaaand hello everybody, I’m Manga Republic’s Boss.
Well…… let me see…… to me, I would associate it with the storyline, where multiple girls crush on one boy and they all become competitive? 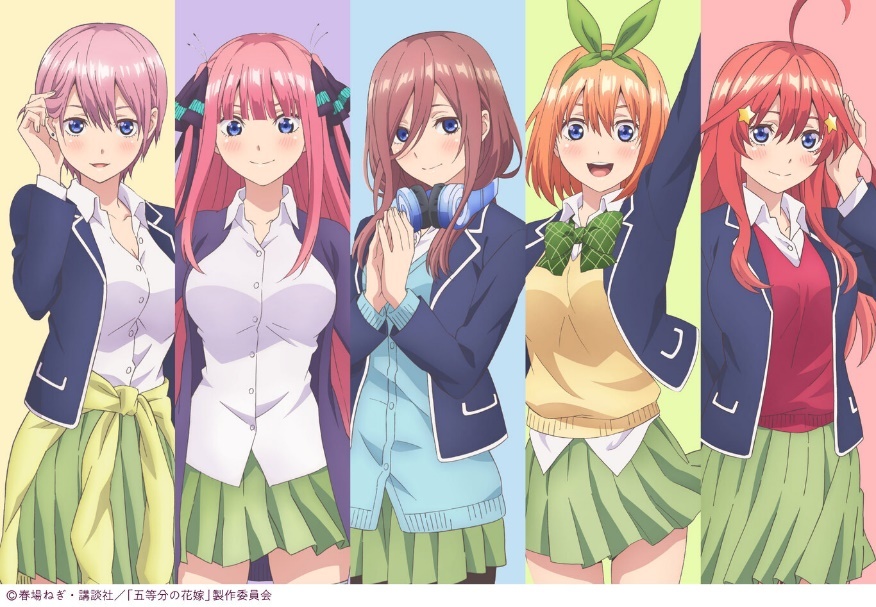 Right! That’s the typical storyline recently, huh? And that’s the one that everybody likes but…… How about a little more casual? Casual but a bittersweet school love comedy! I would recommend THIS today!!

It’s a Japanese four-panel manga written and illustrated by Wakabayashi Toshiya-Sensei. It used to be serialized only online but his interesting and cute style manga went viral, which, officially made it start being serialized in BESSATSU SHONEN MAGAZINE.
It was made into anime in 2017 too, and since then, it’s been drawing so much attentions!

The illustrations are so cute, huh?

The theme of the whole title is “Dear you, who can’t say I love you” Basically, each episode stands alone! Since they’re all four-panel stories, they have good tempo, where we can read a little frustrating but a super youth school love comedy a lot!

Which character is the main protagonist?

There is no particular one! In every episode, the love story by different characters is depicted so the best part of this title is “we don’t get lost in each episode”! Even though you might see the characters which have appeared before but most of the time, the new character appear in each episode! You will enjoy a little crazy love comedy there! 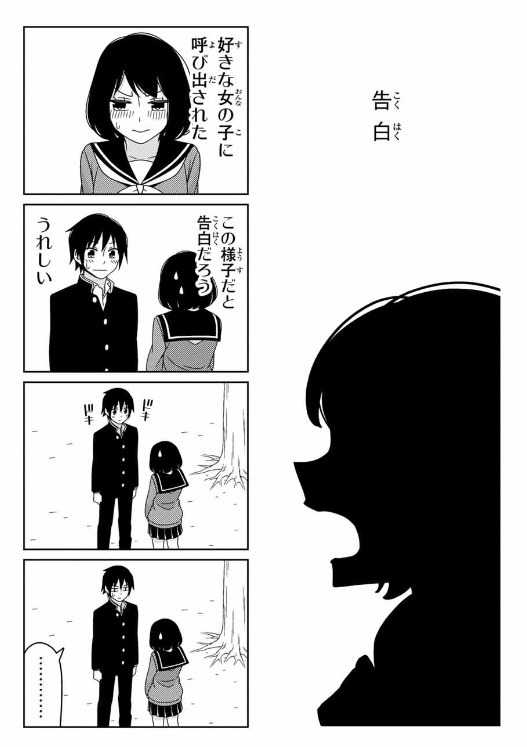 This boy is called by a girl…… Maybe she’s gonna confess her love……? The boy is waiting for that to come, being a little excited.
But…… 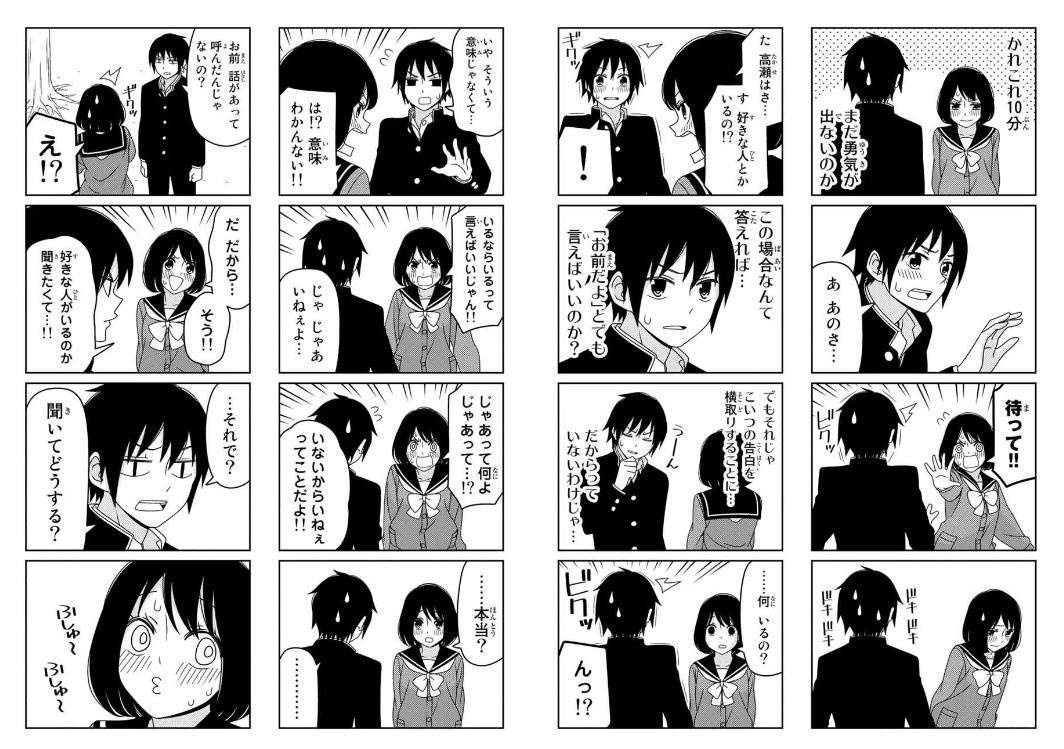 Ten minutes passed without anything happening. Actually, the girl wasn’t confident enough to ask him out even though she was able to call him.
So the boy told her that he would talk to her first.

The girl stopped him! Finally, she goes……

The boy is stuck. He could say he had a crush on her but that means he would take away a chance from her trying to confess her love to him……

“What? You have a crush on someone?”

Seeing her look shocked, he said he didn’t have a crush on anyone, trying to make her feel better…… But still, the girl can’t approach to him, looking panicked. (The way she becomes panicked is so cute)

The boy got another idea! He said “I’ll go if you don’t have anything you want to talk about, then.”
Then she stopped him. Well, the boy thought she would make it this time…… 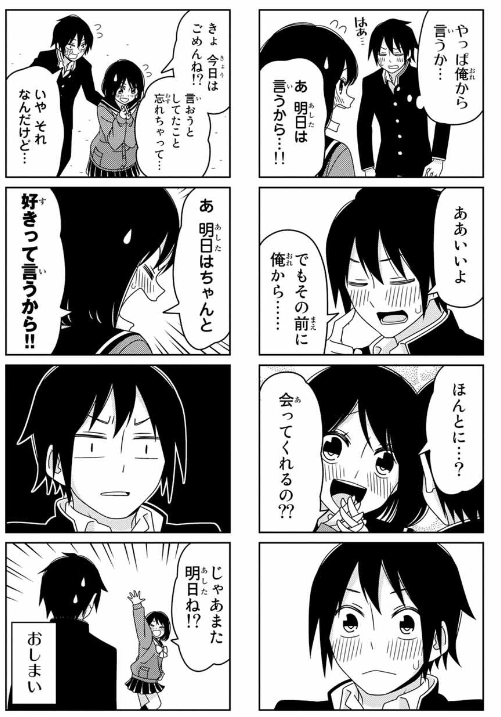 The boy was thinking of asking her out the next day…… when the girl just smiled to him.

Cute.
The boy got the butterflies when he saw such a pure smile on her.
The girl apologized to him for not having been able to say anything that day.
Well, maybe I should do it now! The boy made a decision! Then the girl said, leaving there.

“Tomorrow…… tomorrow, I’ll confess my love to you, alright???”

What a nice comedy, huh~~~~~??? They have come all the way to here, then she just said it absolutely unconsciously, huh??????

Like this, it’s a little frustrating love story but you can read it just casually and enjoyably! Not just the typical love game but you can also enjoy a little bittersweet youth love, where you can smile and get the butterflies at the same time! Try “Tsuredure Children” now!
12 volumes in total! Concluded!
Check HERE for a 4-panel bittersweet love comedy, Tsuredure Children, which make you smile! 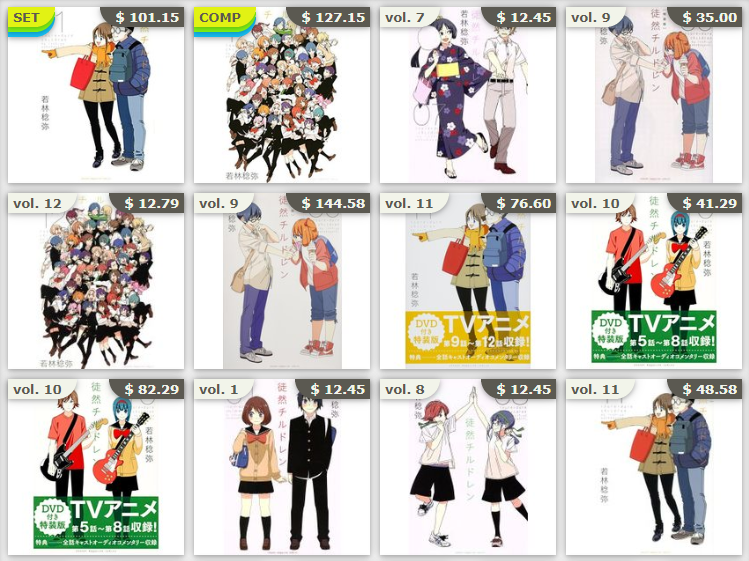 Already now! This is all for today! We’ll see you all at the next article!
Bye-bye~!!
Tsuredure Children