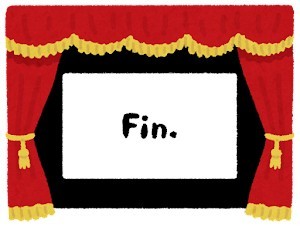 So, you guys! Speaking of a completed manga series, what comes to your mind?
Fullmetal Alchemist?
Kimetsu no Yaiba (Demon Slayer)?
Attack on Titan (Shingeki no Kyojin)?
The Quintessential Quintuplets (5-toubun no Hanayome)?
Actually, so many manga series have come to an end in 2022. In today’s article, I’ll be featuring some of the best manga series to binge read, which have just completed in 2022! 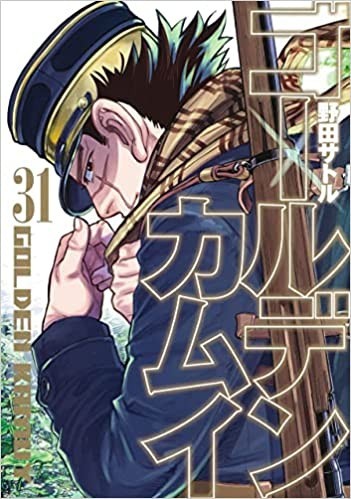 Survival×Battle Manga over GOLD! Now Completed!
Manga Series has just completed in April, and a fourth season of Anime Series is set to premiere in October 2022! 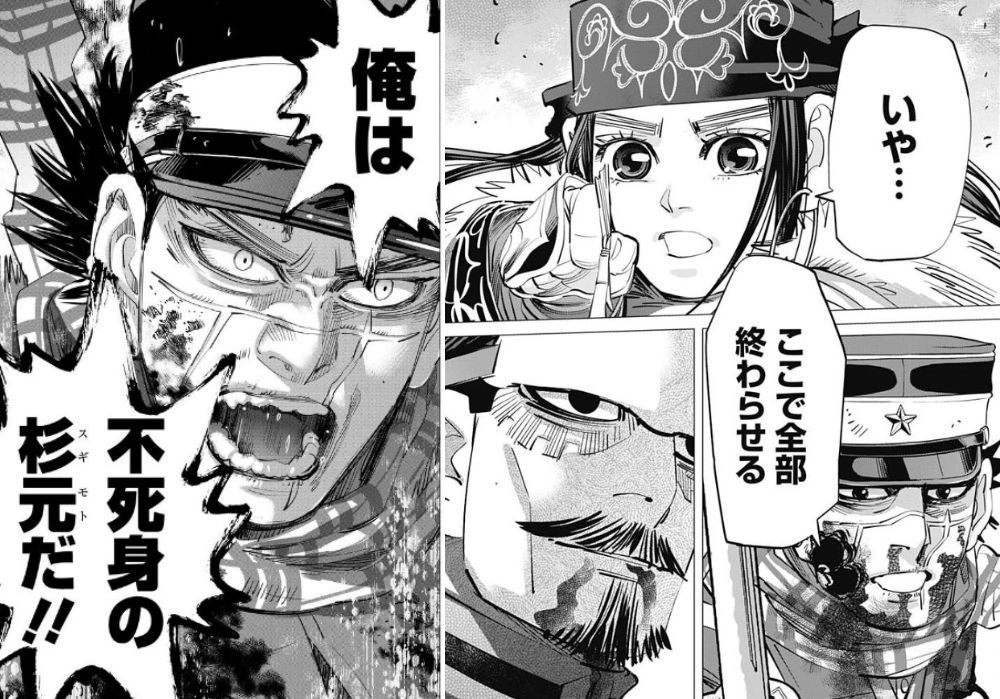 It’s a survival × battle manga series set in a northern big land of Japan, Hokkaido, in 1900s!
One day, a rumor started to spread out, saying tremendous amount of “gold” was hidden by a group of Ainu (aboriginal people in Hokkaido region). A prisoner, who allegedly knew where it was hidden, left a map of the hidden place by tattooing on the bodies of his cellmates and broke out of jail with them.
Does gold actually exist? Now, more people besides the main protagonist, Sugimoto, start to find where the prisoners with gold are at......!
This manga series went viral not only with a thrilling storyline but with knowledge about the culture of Ainu in Japan that we can get while reading it! Now, 1st to 3rd Seasons have been animated! 4th Season is set to premiere in October 2022 too! YES! It’s the BEST manga series to binge read NOW!!
Golden Kamuy
▸ 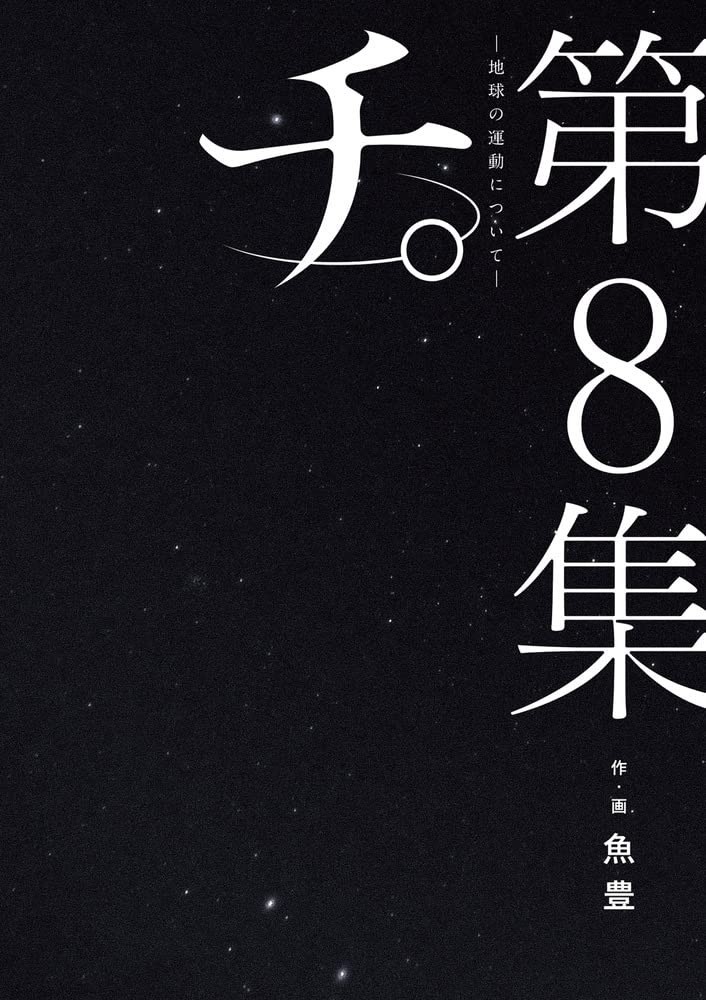 The setting is 15th century Europe.
The story focuses on people who seriously search for the prohibited “Copernican system.” 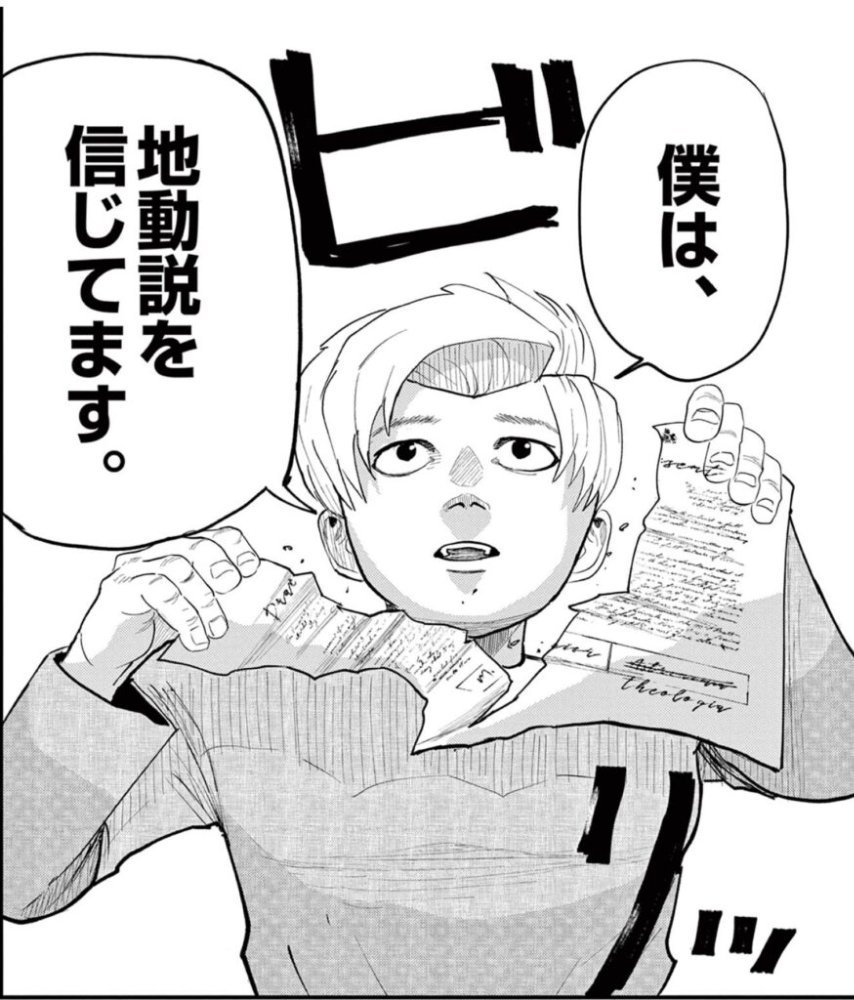 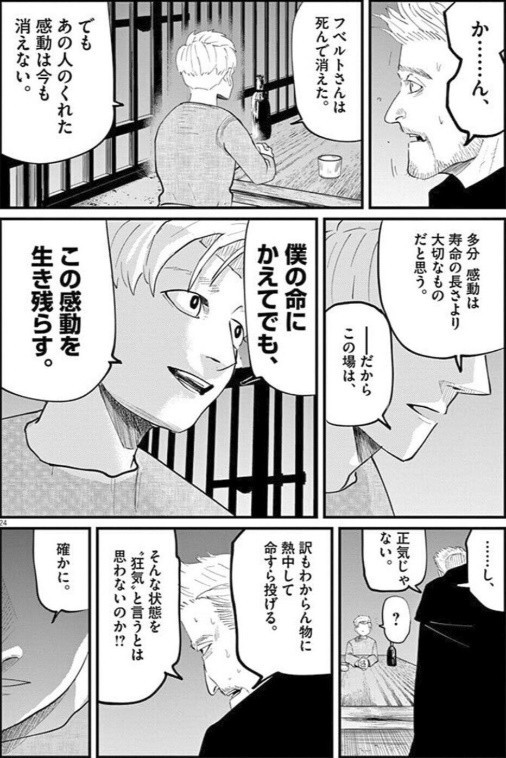 In 15 century was a time when “heretical” ideas, the “Copernican system” was against the religious lessons. Because of that, those who research for such ideas would be captured, tortured, and sometimes be killed.
But people now think.
Isn’t the “Copernican system” the truth......?
The series has been sold over two million copies and now set to be animated!
While it’s fiction, it’s a real astronomy manga where they seriously seek for the truth! Give it a try this summer!
Chi - Chikyuu no Undou ni Tsuite
▸ 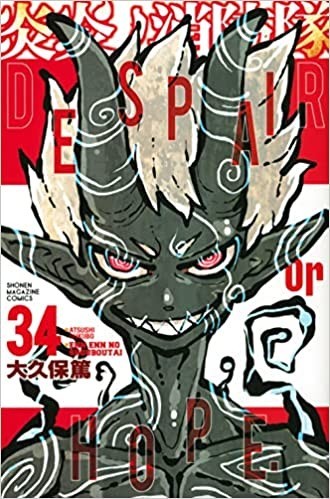 “Spontaneous Human Combustion” occurred in another world.
The story focuses on the “Special Fire Force” facing mysteries and threats. 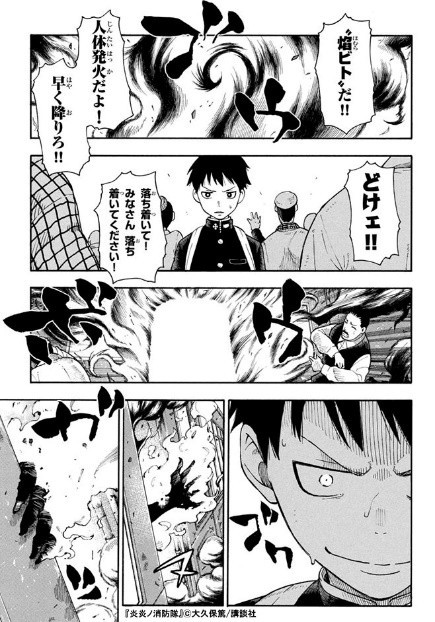 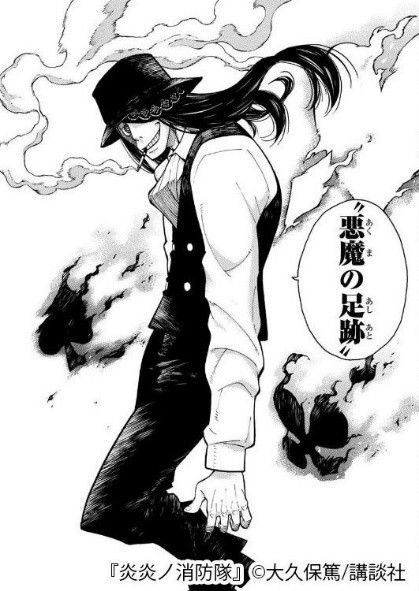 A chaotic phenomenon, “Spontaneous Human Combustion,” has plagued humanity in another world. It randomly transformed ordinary people into flaming until they were dead. To combat the Infernal threat and discover the cause, “Special Fire Force” was formed.
The main protagonist, Shinra, who has lost his parents from the combustion, becomes a member of the “Special Fire Force” ......
The author is Ookubo Atsushi-Sensei, who also wrote a huge-hit dark fantasy manga series, SOUL EATER! 1st to 3rd seasons of an anime television series adaptation aired as well. 2nd Fire Force Stage Play is set to release in September 2022 in Japan too!
Fire Force
Enen no Shouboutai
▸ 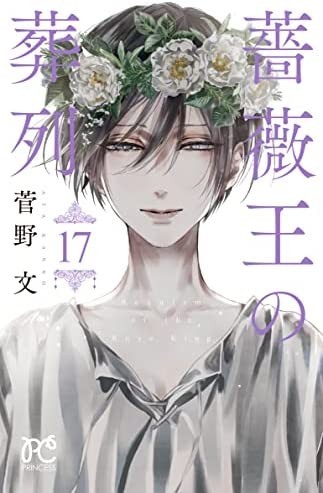 It’s a dark fantasy manga series, based on the “Shakespearean” plays.
The story focuses on Richard’s whole life where he’s not loved by his mother and also his destiny. 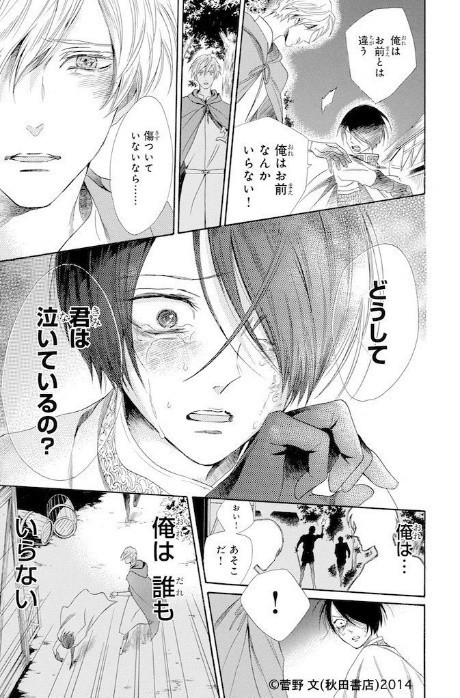 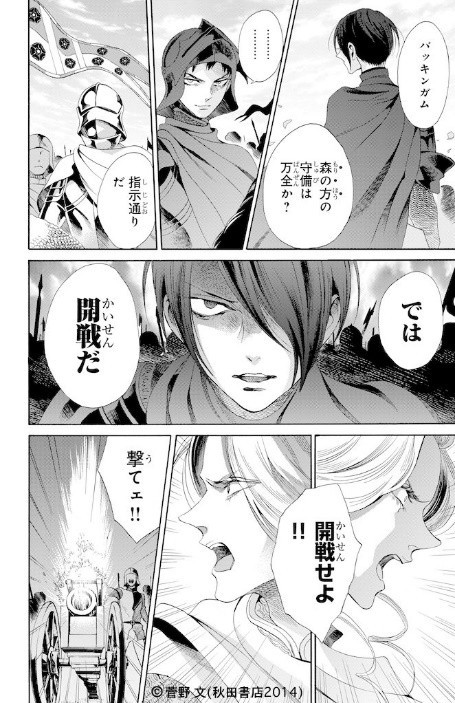 The story is originally from Willian Shakespeare’s “King Richard III.”
The main protagonist is Richard III, which is the same as the one in the play, “King Richard III.” Richard III, who was born during the War of the Roses, had an extraordinary trait which ordinary people never had, which is the same as Richard III in the original story.
Because of that, he was neglected by his mother and people around him. He even heard a witch, Jeanne d’Arc, who had once been executed by burning, whispering to him. But still, he never gave up fighting in battle as King and a successor for the sake of his father who devoted to him but......
The series has sold over 1.8 million copies with multiple media adaptation such as an anime series and a play. Is Richard III going to have the same destiny as the one in the original? Why don’t you check out the final episode too......?
Requiem of the Rose King
Baraou no Souretsu
▸ 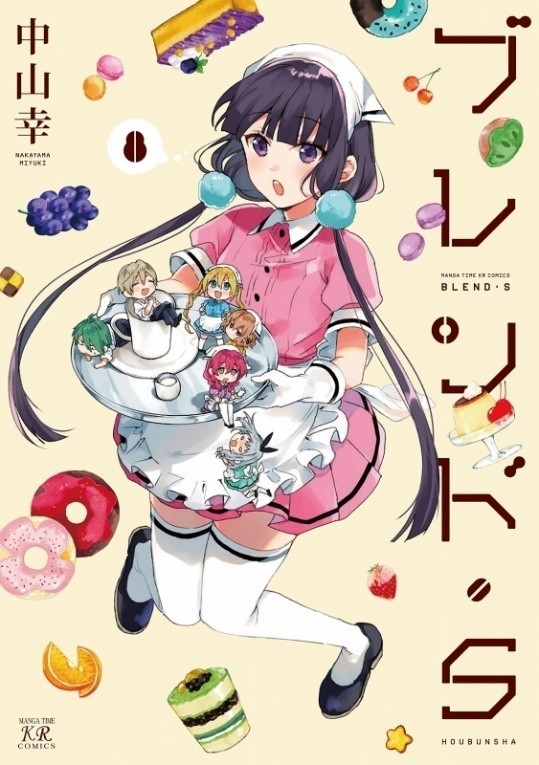 Sadistice, tsundere, younger sister......
How about visiting a little café where a lovely waitress with multiple traits works at? 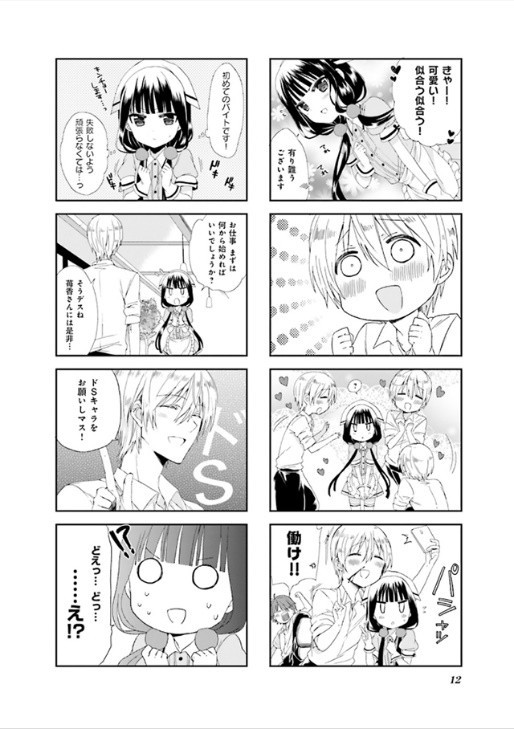 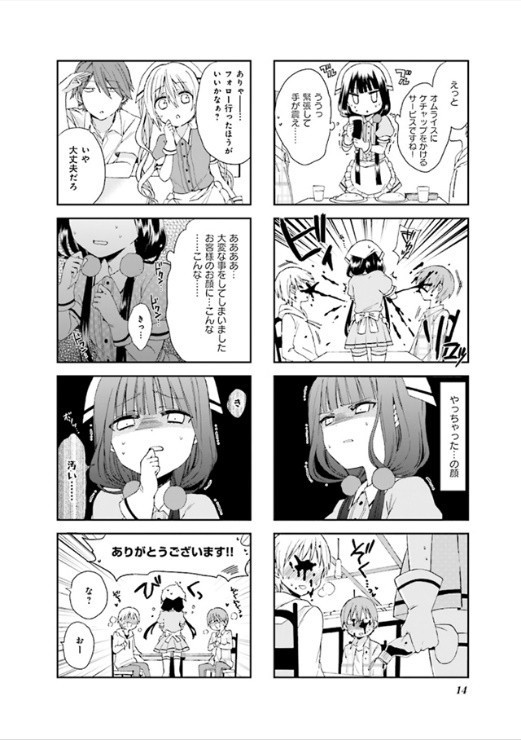 It’s a Japanese four-panel comic strip manga, serialized in a magazine, MANGA TIME KIRARA Carat. It’s a little abnormal love comedy-genre story.
The main protagonist, Sakuranomiya Maika, was born with bad eyesight. Because of that, she gave bad first impression to people and didn’t even make through the job interviews. However, since she had a dream of studying abroad, she kept looking for a part-time job to make the dream come true.
The one she finally passed was a little café. BUT! The manager of the café offered Maika, being so nervous, a job “as a waitress with a sadistic nature”! She insisted to him that she would never be able to do that, however, she ended up finding herself having an incredible talent of doing that......!!
It’s been animated! It’s a Japanese four-panel comic strip manga, also made into an anime series, where cute girls try hard! For those who love series such as Is the order a rabbit? (Gochuumon wa Usagi desu ka?) or Kiniro Mosaic, THIS IS IT!
Blend S
▸ 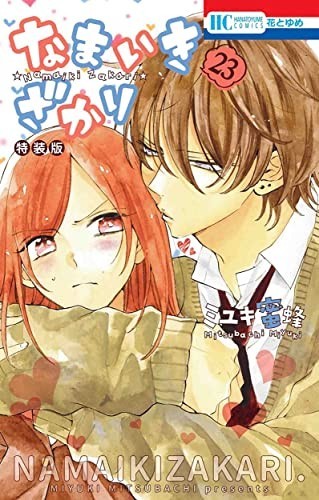 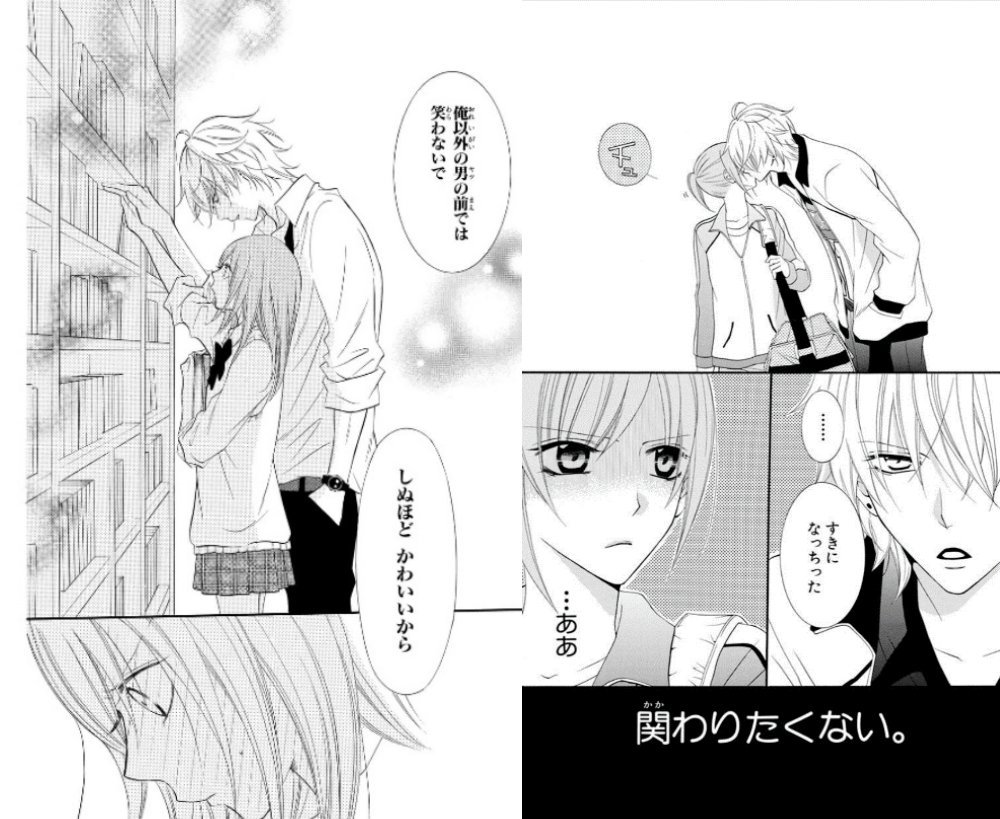 Yuki, a 2nd year high school student, was the basketball club manager, who was a hardworking and cool girl.
Yuki always worked hard and didn’t like to be seen her hard work by anybody. One day, she lost love, when Shou, a 1st year student and the member of the basketball club showed up in front of Yuki who was devastated. Although Shou was very talented in basketball, she found him being so selfish, which was why she didn’t want to get involved with him.
However, from that day on, Shou started to having a crush on Yuki.
Yuki was annoyed by him first, but the more she knew how Shou’s true color was and the more serious Yuki cared for her...... the relationship of the two will gradually change......
It’s a super-hit manga as a love story genre with the sale of six million copies! They first met in high school and now are college students in the final episode......!? For those who want to read a classic love story, grab this! It’s completed manga series with a huge hit in Japan!
Namaikizakari.
▸

The story of the lady who wants to nurture a highschool boy.
Danshi Koukousei wo Yashinaitai Oneesan no Hanashi
男子高校生を養いたいお姉さんの話
List of volumes: 13 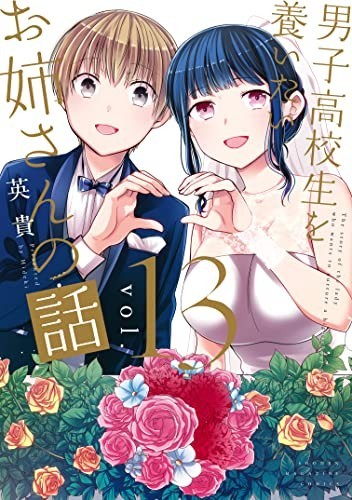 A high school boy’s parents have vanished into thin air, leaving him with a large amount of debt.
Then his neighbor decided to help him out! 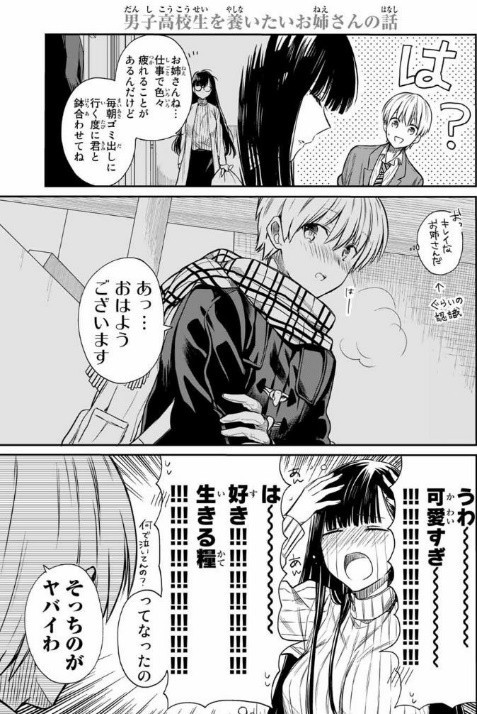 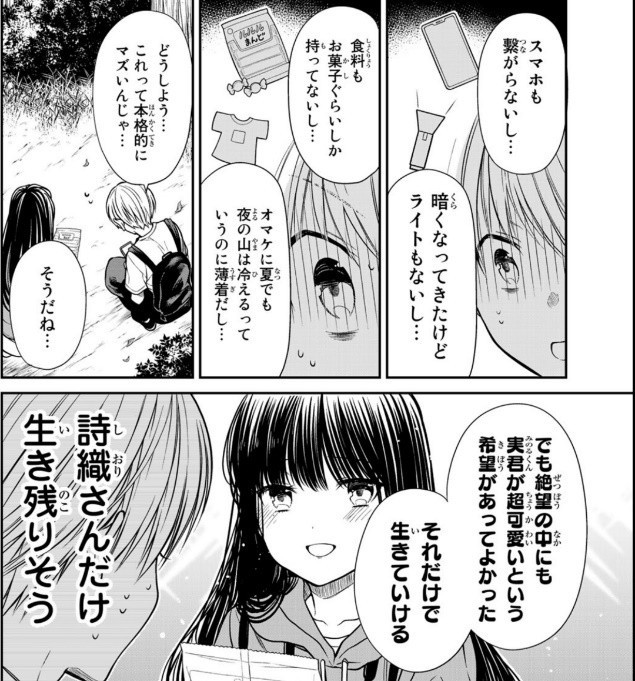