The dangers in my heart.
Boku no Kokoro no Yabai Yatsu
僕の心のヤバイやつ
vol.7 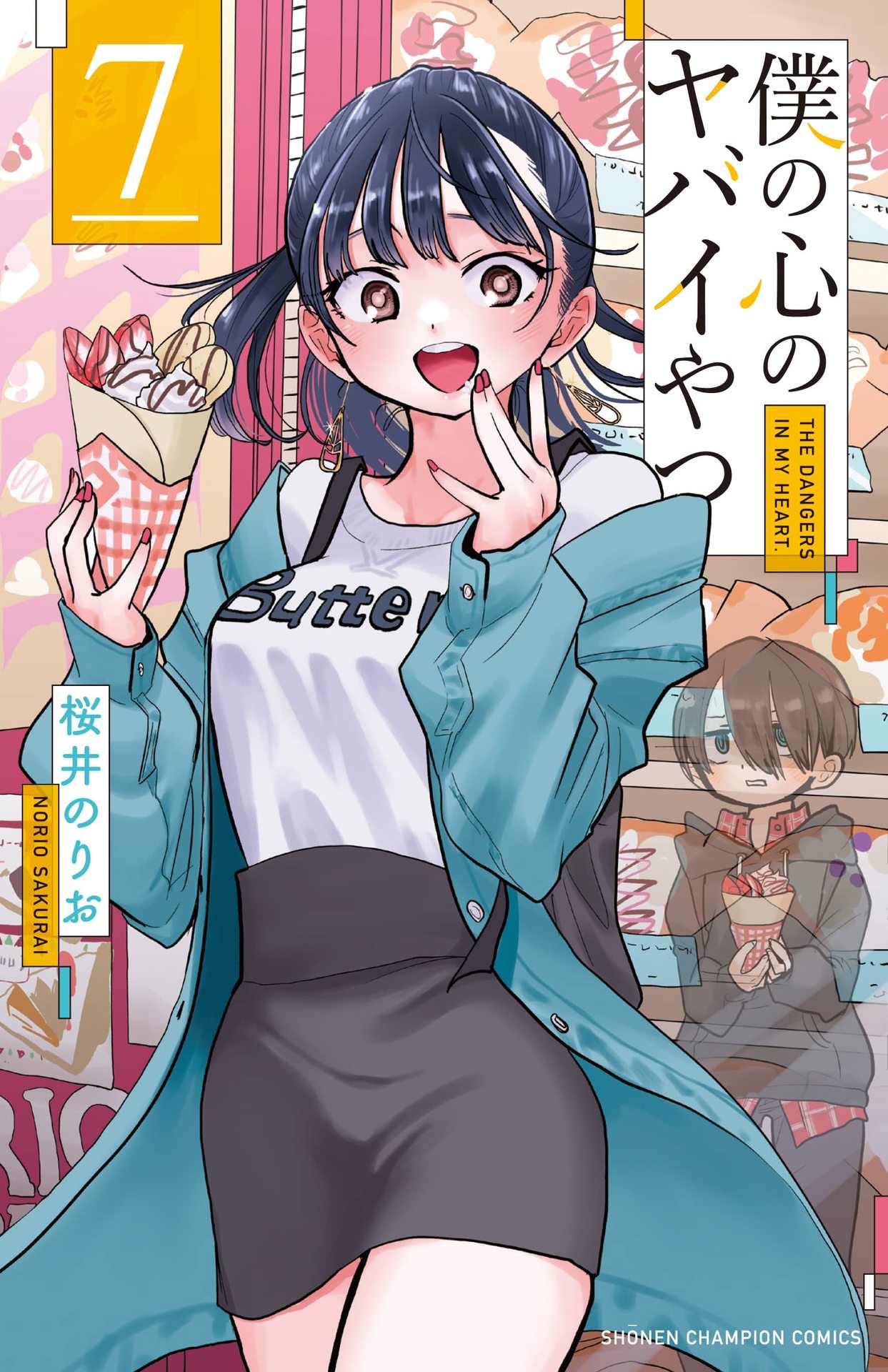 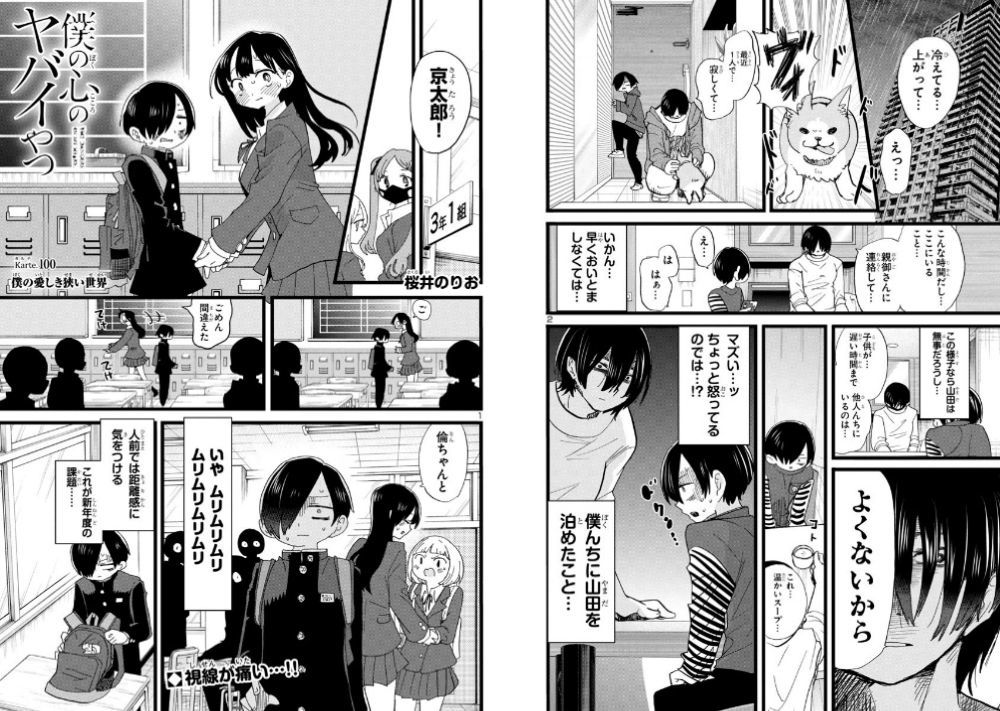 A very shy boy, Kyoutarou was fantasizing about his admired classmate, Anna. He never talked with her. But one day, they had a chance to get to know each other. Time has passed. The two fell in love each other without knowing! A shy boy and a cheerful cute girl – they are opposite but love each other. This romantic comedy, Boku no Kokoro no Yabai Yatsu will release the latest volume in August. Please check it out!!
The dangers in my heart.
(Boku no Kokoro no Yabai Yatsu)
▸ 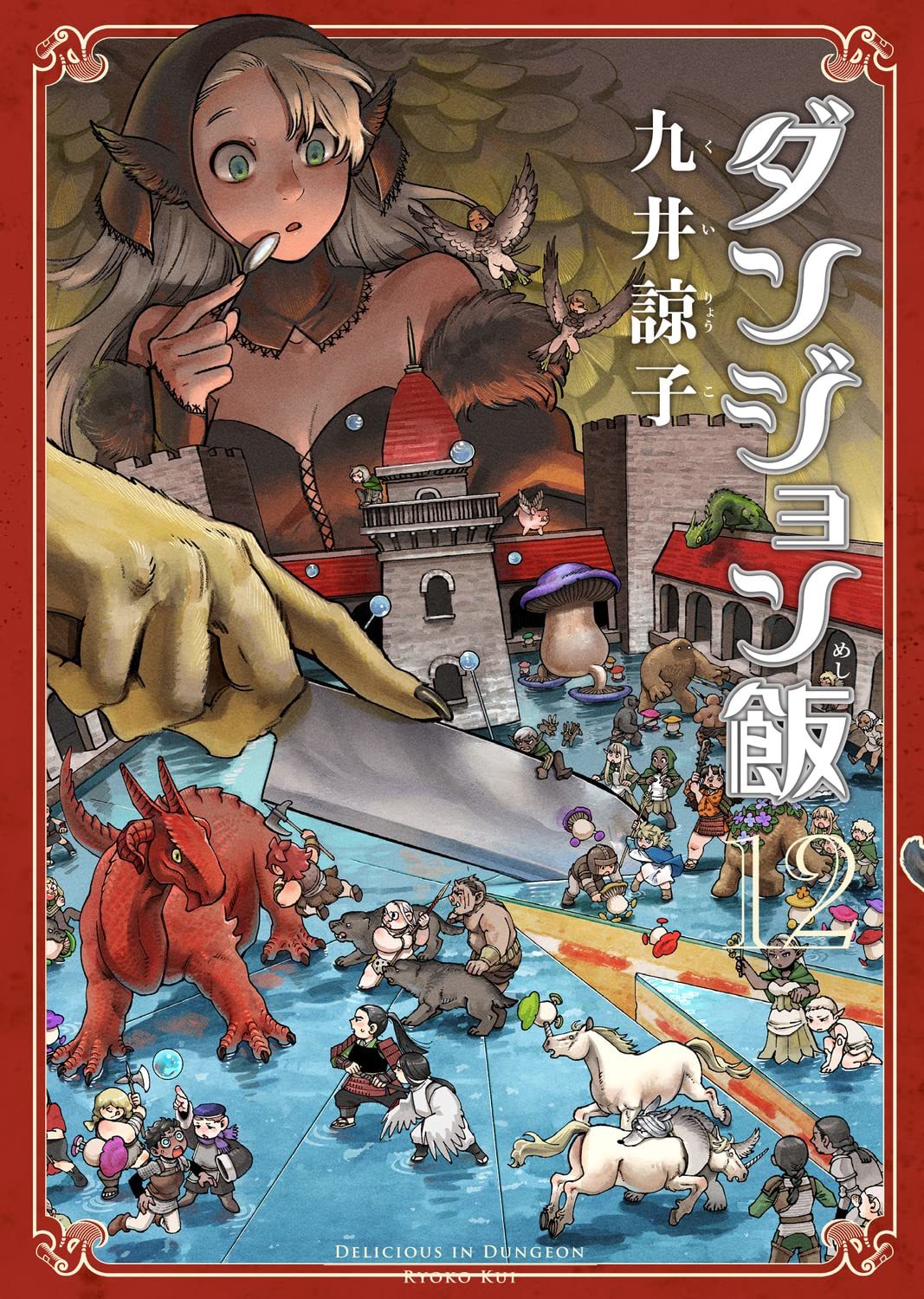 The story becomes very serious situation in the latest volume!
The story unfolds from fighting for the seat of the dungeon master!!

This is an unique cooking x adventure x fantasy manga! Characters explore unknown dungeon and cook the creatures there. I can’t wait to watch its anime version!!
The volume 12 describes exploring differently compared to previous dungeon exploring stories. It contains intense action scenes!! Laios and others finally confronted with the dungeon master. After winning from the master, now who is going to take the empty seat of dungeon master?
Delicious in Dungeon
(Dungeon Meshi)
▸ 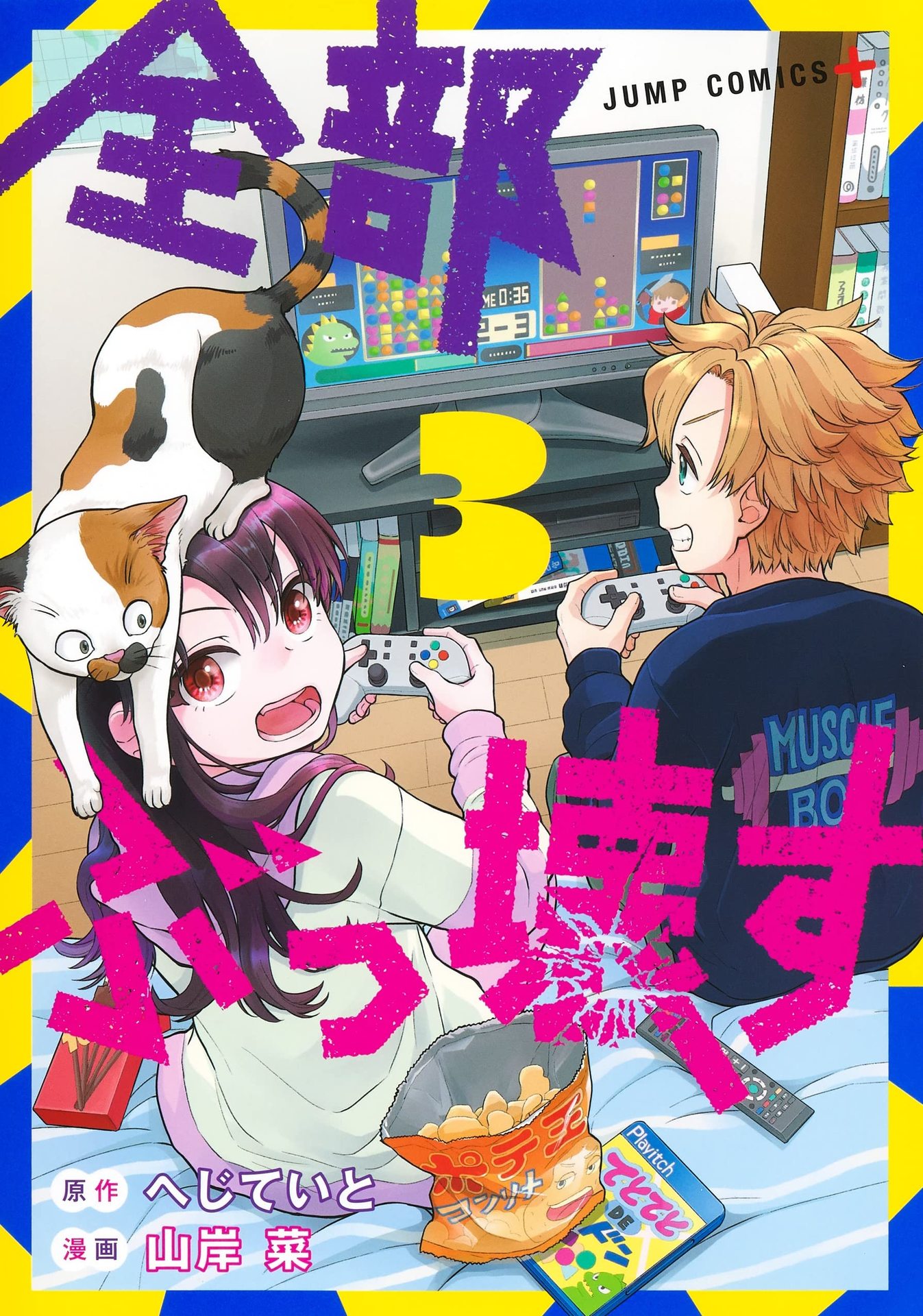 Serializing in Shonen Jump+!
Former hero and former devil will “destroy” everything! 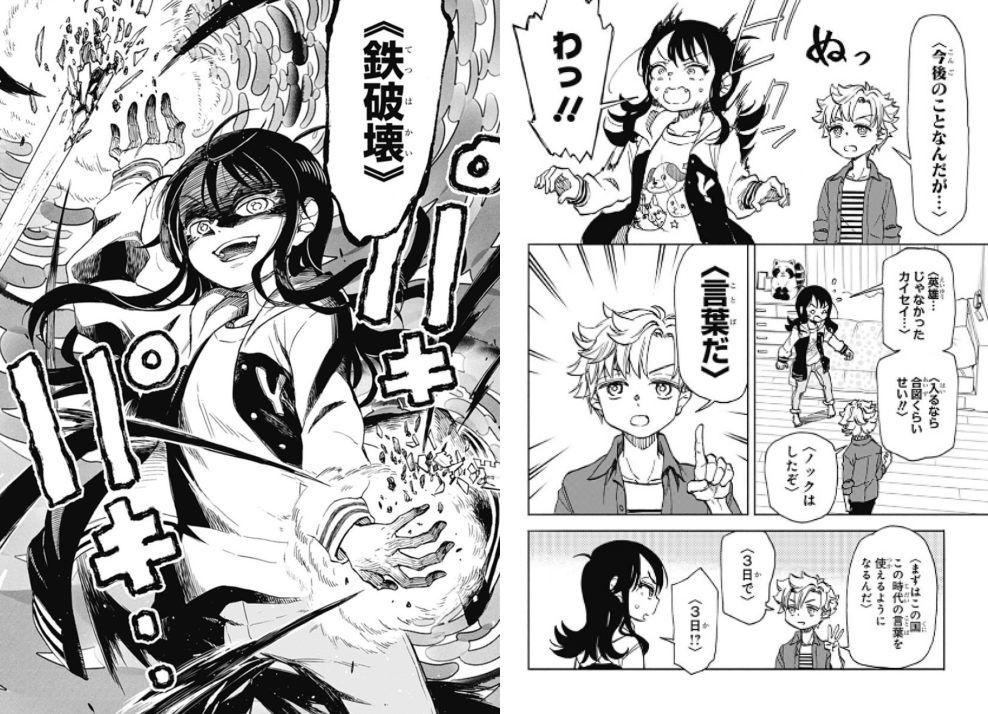 In a different world, a devil who had a power of destroying things and a hero got killed each other. Then, they both got isekaied as twins! The devil can destroy pretty much everything like irons and even speed, ideas, and cells! Now devil has to live in the current world as a human being and learn about everything around her!
The popular 3rd volume will be released in August. Will her dream of world conquest come true?
Zenbu Bukkowasu
▸ 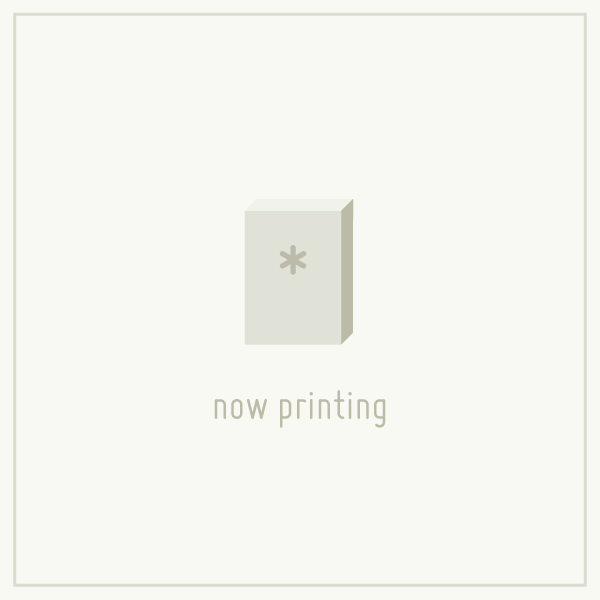 Comicalized the life in the Japanese printing company! Laugh
A printing company prints variety of publishments such as a little sexy doujinshi, mysterious art book, ......etc every day!!

The main character, Mashiro, was a bad girl when she was young. She never lost fights and was a very strong girl. A couple of years later, she decided to become a good person and got hired by a printing company. She noticed that the drafts of variety of publishments brought to the company. When she saw the draft of manga she likes, she got so excited!! However, her co-workers were mostly very weird!!!
This manga explains how to make a book and how to print a book, doujinshi......etc.
It is a work x comedy manga! The latest volume will be released in August!!
Sutta mon da!
▸

Manga The Summit of the Gods
Kamigami no Itadaki
神々の山嶺
vol.4

“Did George Herbert Leigh Mallory successfully summit Mt. Everest?”
A famous novel that was made into a movie was comicalized completely!

George Herbert Leigh Mallory challenged to summit Mt. Everest, but he got lost and did not come back. 75 years later, his body was found. Since then people often talk about him as “if he summited Mt. Everest successfully, he could be the first person to summit Mt. Everest.”
The story of the Summit of the Gods (Kamigami no Itadaki) describes a mountaineer who found a camera that was a possible belonging of Mallory. What was on the camera? Did Mallory successfully summit Mt. Everest? This manga describes0 not only about mountains and climbing them, but also people’s emotions and strength through mountain climbing. Great manga! People around the world praised!
Taniguchi Jiro Collection
▸ 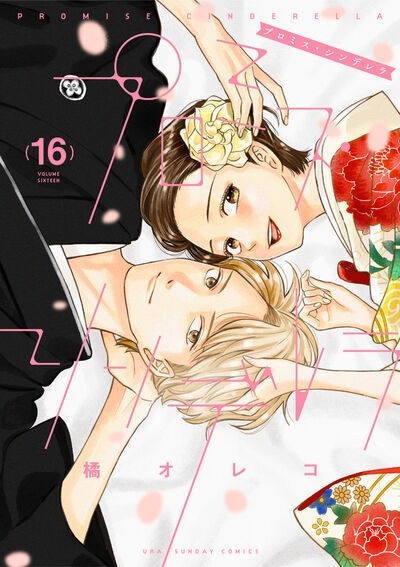 Romantic comedy that was made into a live action drama in Japan finally completed! 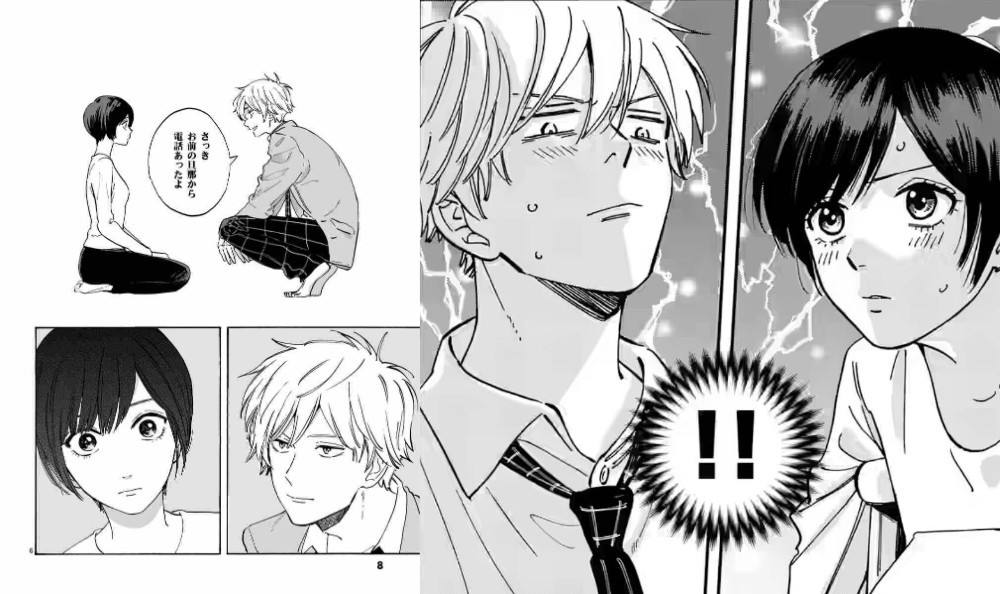 The main character, Hayame, found that her husband was having an affair.
She left her home right away, but she had her money stolen by a pickpocket on the same day.
She lost everything...... However, she was saved by a bad boy, Issei, who she scolded before. She told to stop bullying when she witnessed Issei was bullying another boy in town.
The age difference between two is over 10 years. Their personality is totally opposite.
They happened to meet each other twice by chance. While having time together, they grow sweet relationship. This romantic comedy is finally completed and highly recommended for summer reading!
Promise Cinderella
▸ 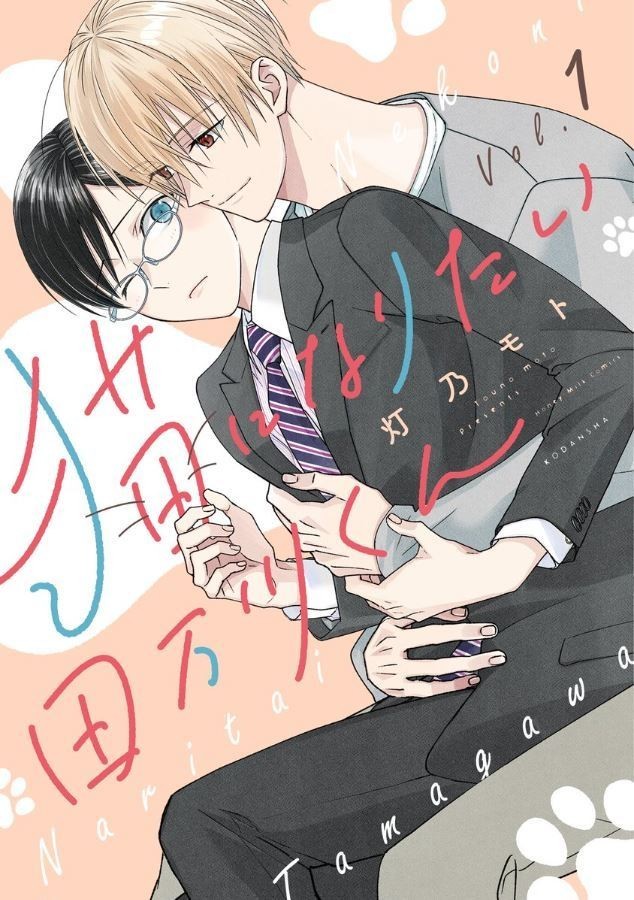 I want to be healed by a cat after getting tired of work.
A serious salary-man and a mysterious boy’s romantic comedy? 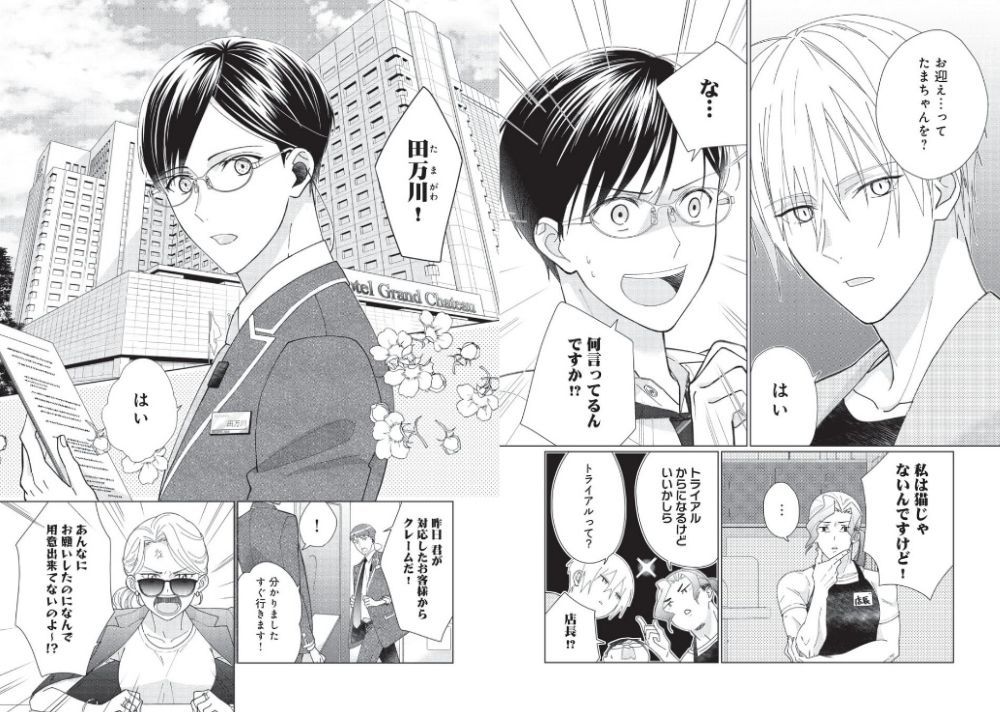 A salary-man, Tamagawa, is a serious guy who works hard for his company every day.
He gets stressed and tired every day, but he works as a volunteer at a rescued cat café to be healed after work. One day, he was falling asleep while surrounded by cats at the café, someone called him as “Tama” and petted him gently. He thought he became a cat for real, and answered like “meow.”
“Excuse me, can I have this rescued cat?”
Tamagawa was taken by a boy at the cafe! He did not choose a cat, but he chose a human!!
Who is this boy? A popular cat manga’s latest volume will be released!!
Neko ni Naritai Tamagawa-Kun
▸
New Releases Aug-2022
▸
Manga Vol.1 Released Aug-2022
▸
Delicious in Dungeon (Dungeon Meshi), Zenbu Bukkowasu, Promise Cinderella, Sutta mon da!, Taniguchi Jiro Collection, The dangers in my heart. (Boku no Kokoro no Yabai Yatsu), Nekoni Naritai Tamagawa-kun