What is “Blade of the Immortal”? 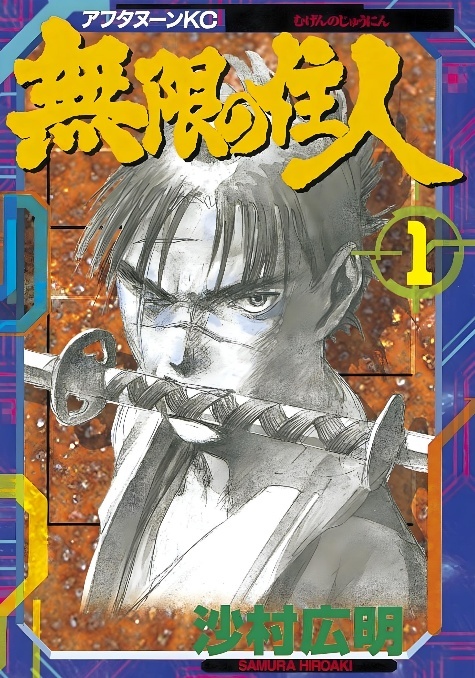 Blade of the Immortal is a Japanese manga series written and illustrated by Hiroaki Samura.
The manga series was serialized in Kodansha’s Monthly afternoon from June 1993 to December 2012. It’s chapters are compiled and collected into 30 separate volumes. This series also won the Excellence prize at the 1997 Japan Media Arts Festival. As of 2017, the manga had over 5 million copies in circulation.
An anime television series adapted by Bee Train was released in 2008, consisting of 13 episodes.
Blade of the Immortal
▸

The story begins with Manji, a samurai warrior, confessing his sins in a church on the advice of Yaobikuni. 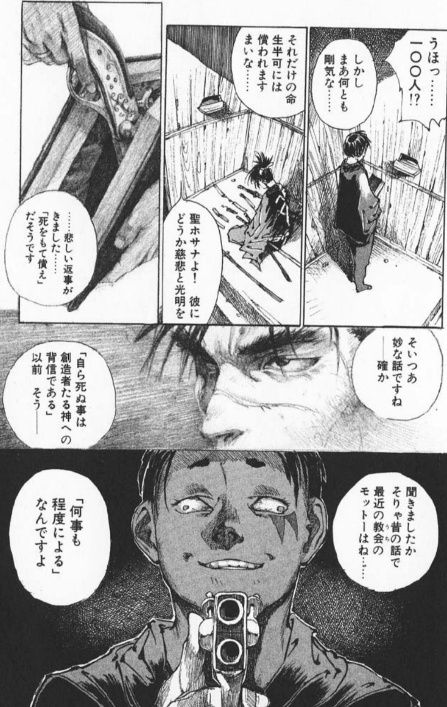 But, the man on the other side of the window is not a priest, but a bounty hunter, here to kill and collect Manji’s bounty. He takes out his gun, and after telling Manji that the penance for his sins is only death, shoots him right in the head. 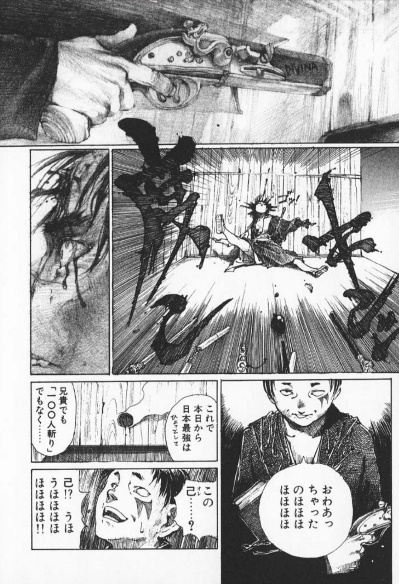 As the bounty hunter is about to exit the chamber, Manji gets up and uses his weapons to capture the hunter. The hole in this head starts to get covered by red worms and is completely healed. He then drives his sword right through the window and into his head. 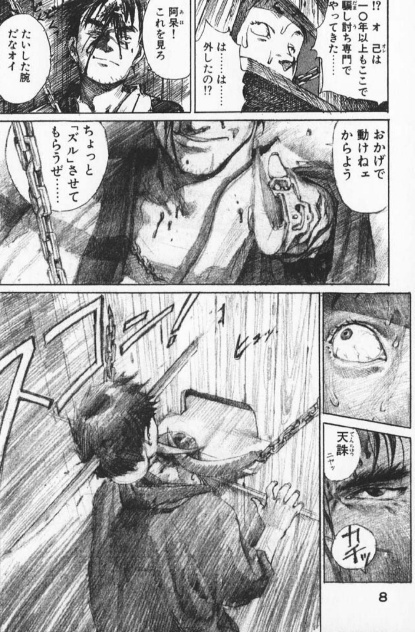 Back in the village, Yaobikuni, a 800 year old woman who turned Manji into an immortal being by infusing blood worms into his body, tells him to shave his head, become a monk and head out on a pilgrimage with her, to atone for his sins. But Manji declines as he has a sister, Machi, to protect, who though looks like an adult but is mentally a child. 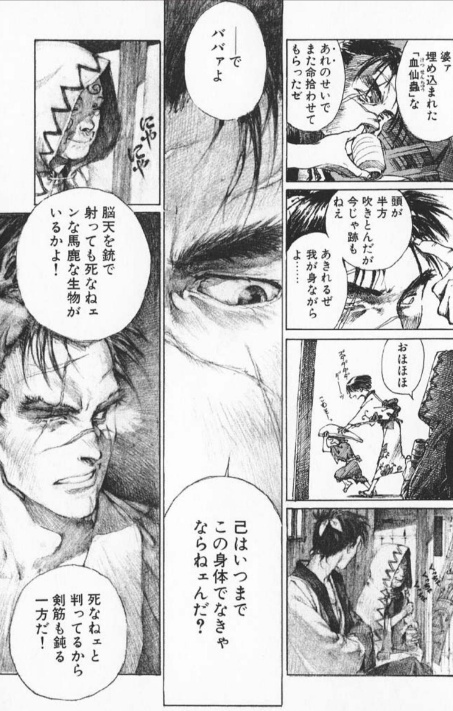 Manji recalls the day that Machi’s husband, who was a Yoriki (officer), tried to kill him. But when Machi got in his way, he did not stop, and to protect his sister, Manji had to kill Machi’s husband. Seeing her husband’s head fly off his body, she lost all her sense and became mentally crippled. 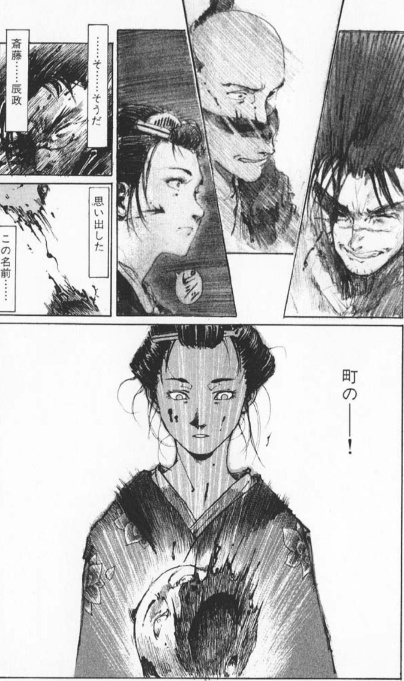 Manji finds out that the brother of one of his enemies has abducted Machi, and goes to confront them. The kidnappers play with her body, as she stands there not knowing what’s happening to her. 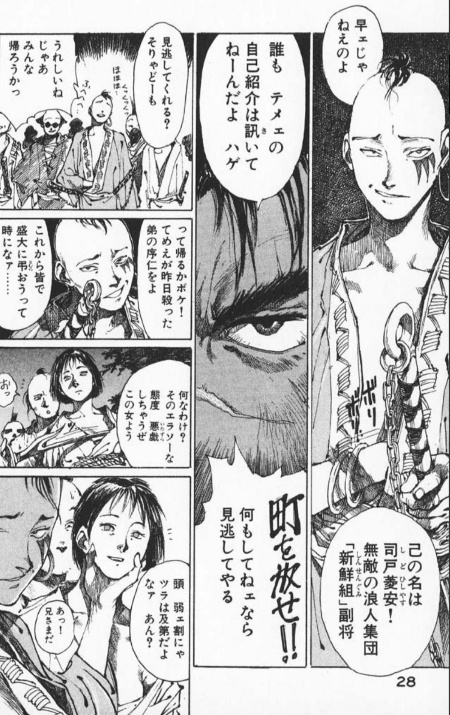 Manji warns them to let her sister go, and he will fight them all bare handed. The kidnappers agree and leave his sister, but as soon as he starts running towards Manji, the leader attacks and kills her.
Watching his sisters body fall to the ground, not being able to save her, Manji loses all hope of forgiveness and slaughters every last one of them with every weapon he has. He then vows to kill a 1000 evil souls, as his penance. 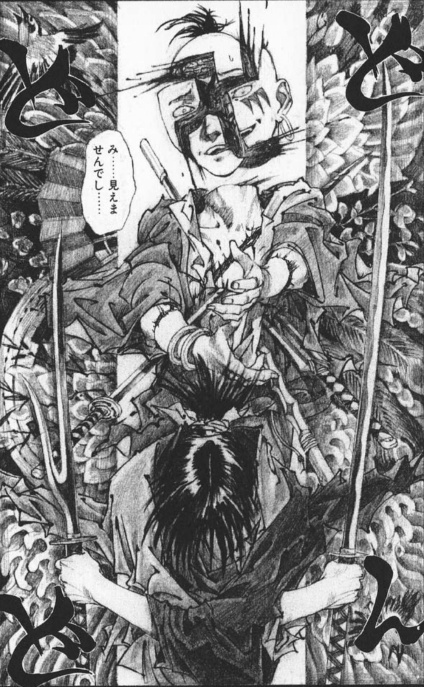