What is “Samurai Usagi”? 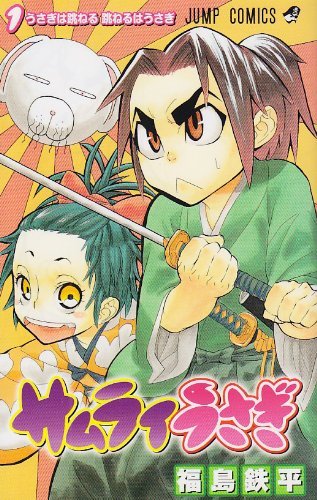 Samurai Usagi is a Japanese action-comedy franchise written and illustrated by Teppei Fukushima.
The manga was serialized in Weekly Shounen Jump from 2007 to 2008. Its chapters are compiled and published into 8 separate volumes.
There have been no announcements regarding an anime adaptation of the series.
Samurai Usagi
▸ 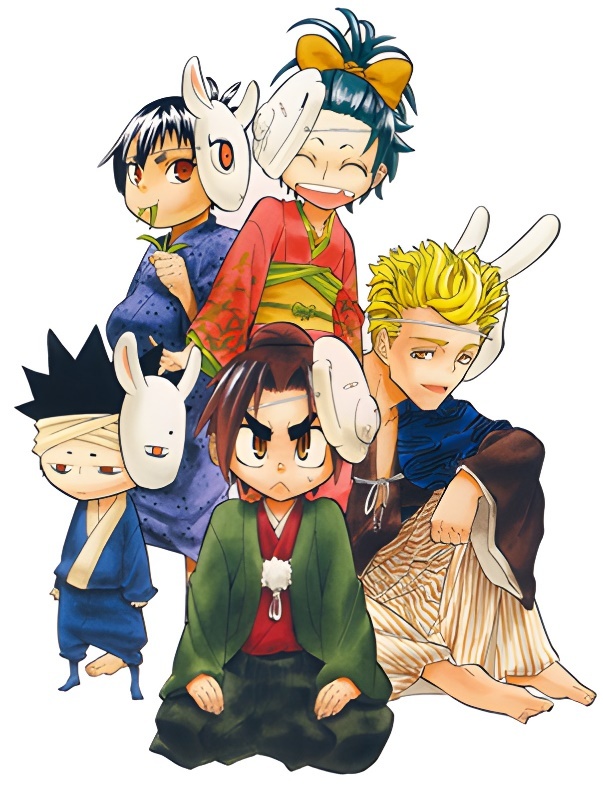 We see Gosuke heading to work at the castle. The Samurai Code, which was utilized by high-ranking samurai during the Edo period, said that one could not wear something more expensive than one's seniors or anything so cheap that it might be considered dirty, or one would be beaten up. Gosuke is dressed in a pricey kimono that he tries to dirty up a little so he doesn't get called out. He was beaten up in the end for wearing a poor Kimono. 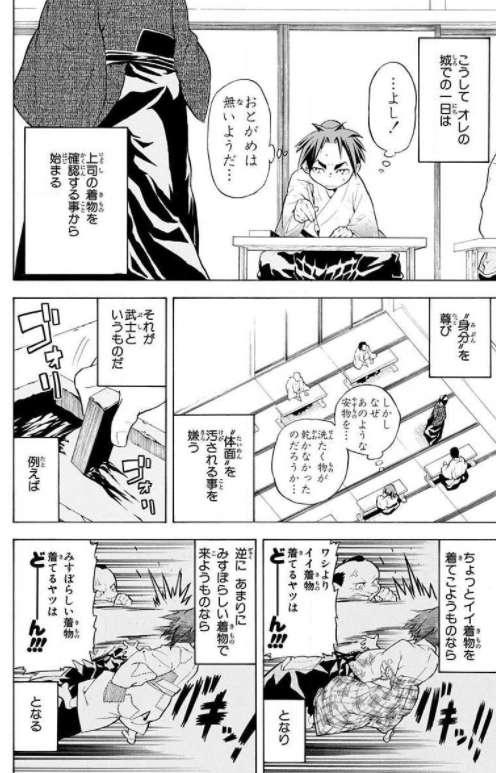 We see how Gosuke’s father was made to commit hara-kiri, a ritual suicide by disembowelment used as an alternative to execution, only because he was bald. His brother was next in line to become the warrior of their family, but he was also made to commit hara-kiri because he pissed his pants. Finally, the responsibility came down to Gosuke to be the warrior of his family. 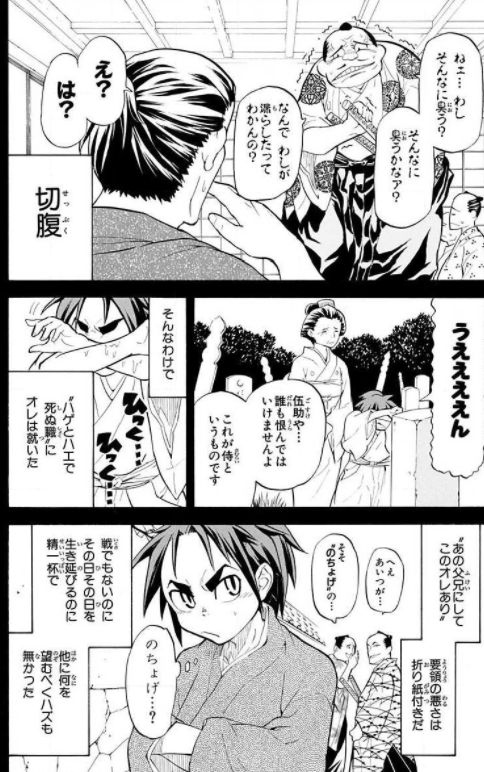 Gosuke doesn’t want to be tangled up with the samurai code and instead wants to learn some sword skill. He wants to be a full-fledged samurai and so that he can earn a living for himself and his wife to be. His friends make fun of him and try to convince him to change his mind. 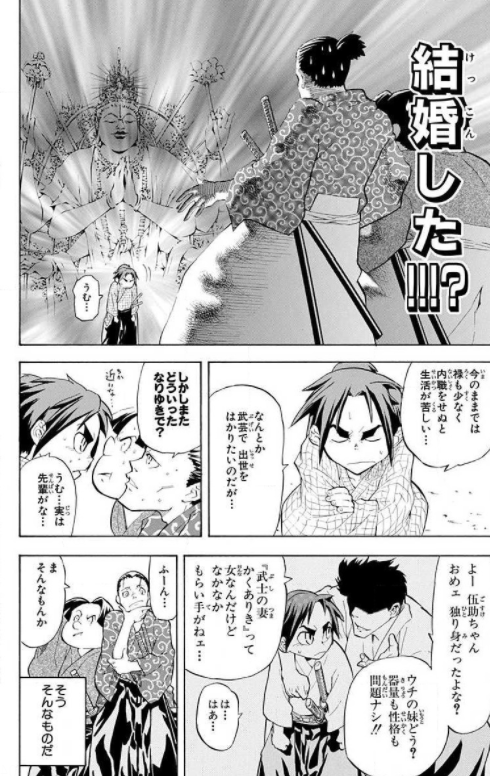 He makes up his mind to go to the Kyomei Shinchiryu Dojo to learn swordsmanship but his friends show him their scars which they say they got from training over there. However Gosuke knows the origins of those scars and they’re not from training but instead from stupid stuff like punishment for not paying bills and trying to get thinner. 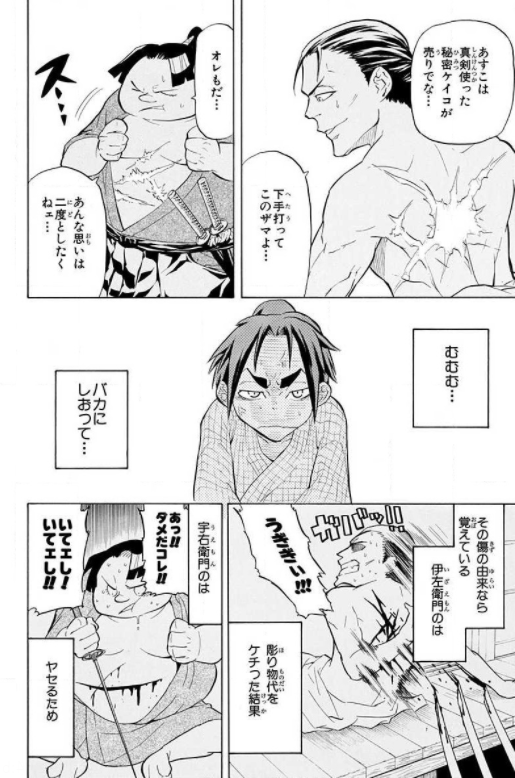 Gosuke goes to the dojo to get accepted. The master of the dojo tests his skills by having him battle Itou. He does well and remembers how he used to train with his father when he was young. He practices at the dojo and makes up his mind to trust his sword. 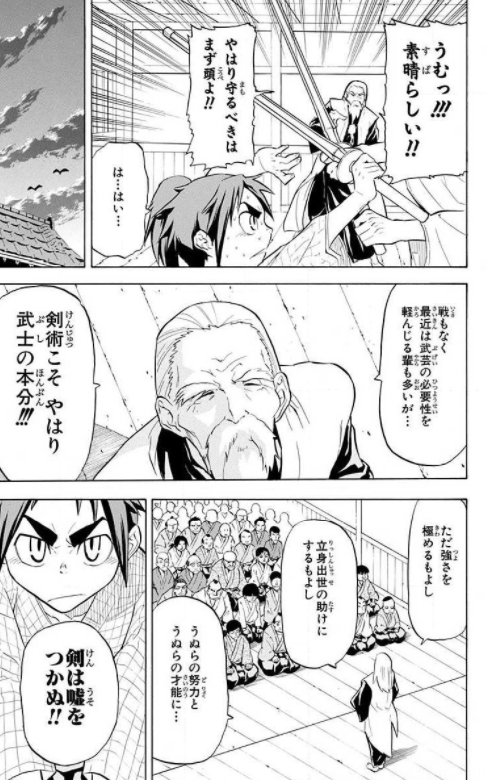 While he is training dojo, his wife Shino is busy making rabbit masks to support their finances. Shino is an eccentric person and not sophisticated at all like his senpai had promised him before marrying. She loves rabbits and her manners aren’t those of a wife of a samurai. 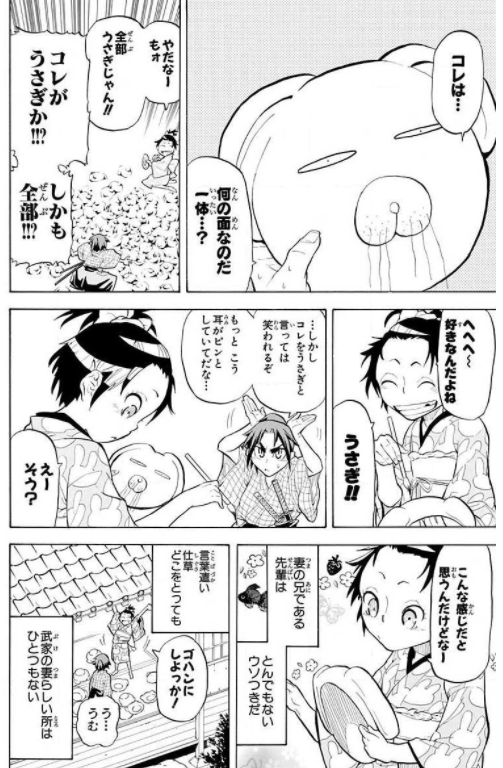 Gosuke and Shino sleep in separate beds and have been living an unfamiliar life with regards to the other. Gosuke plans to change that as he works hard to improve his skills. As time passes, he gets better in his sword skills as well as other aspects of his life. He doesn’t have as many issues regarding his kimono with his superiors and people have stopped making fun of him. 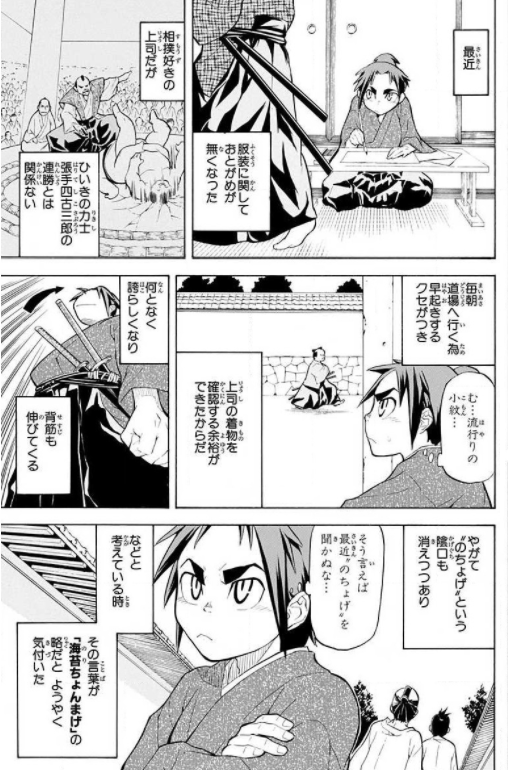 One day at the dojo, his master asks him to represent the dojo in a match held at the castle. He tells Gosuke to trust his talent and skills as the match is a perfect opportunity for him to climb the social ladder. 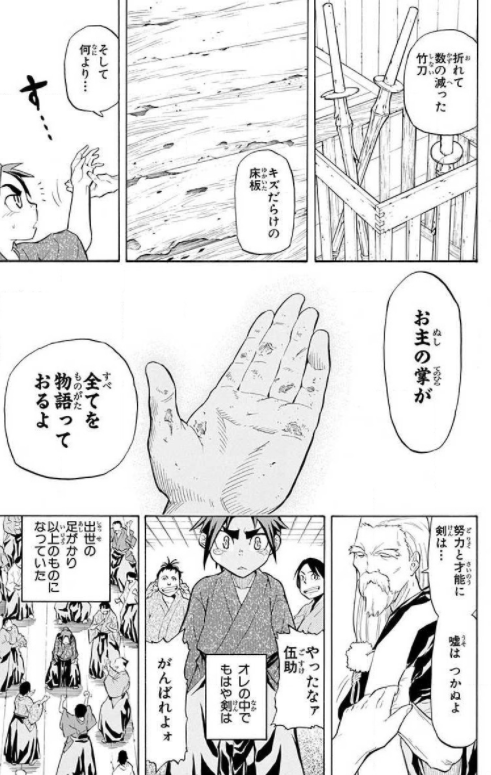 Gosuke goes home that day and at his wife’s request , takes her out to eat yaki soba. That was the first night in which they slept with their futons next to each other. Gosuke realizes that Shino had been sold a lie and married off for convenience by her brother. He notices her crying in her sleep and makes up his mind to become a better samurai for her sake. 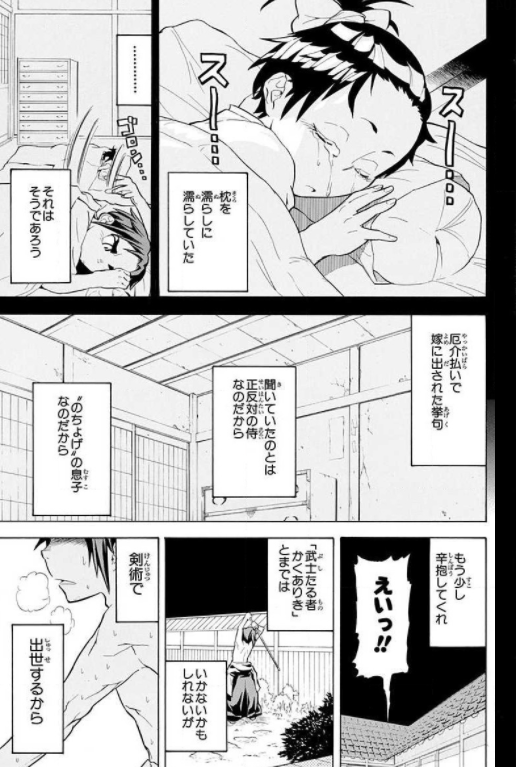 The day of the match arrives and to Gosuke’s surprise he easily lands the first blow. The referee calls it shallow, so no point was awarded. Gosuke repeatedly lands blow after blow but the referee keeps calling it shallow.
In the middle of the match, he realizes that the match was just a front and he was supposed to lose to the son of a high ranking family so that the dojo could get money. He is heartbroken that he will always be the son of a disgraced man, as he proceeds to sling his sword into the river. 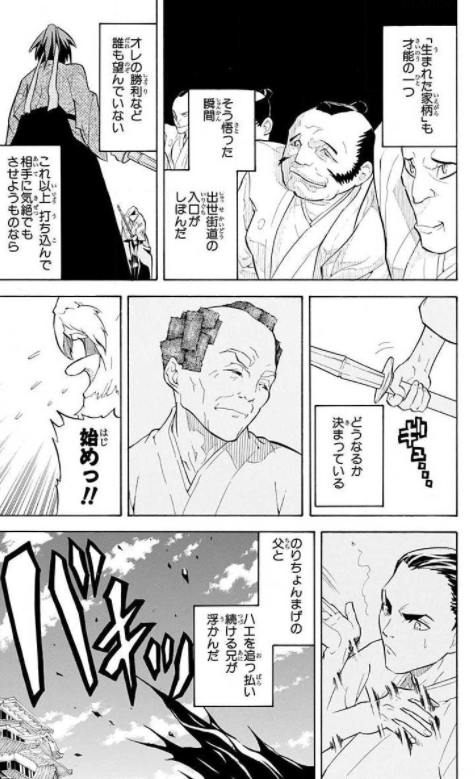 He slips up and falls into the river along with his sword. Shino arrives at the bridge and seeing him cry, jumps into the river with him. She starts speaking how she loves rabbits because they are working really hard to reach the moon with each hop! Gosuke realizes that the things she believes in have no connection to pride or status as she smiles at him. 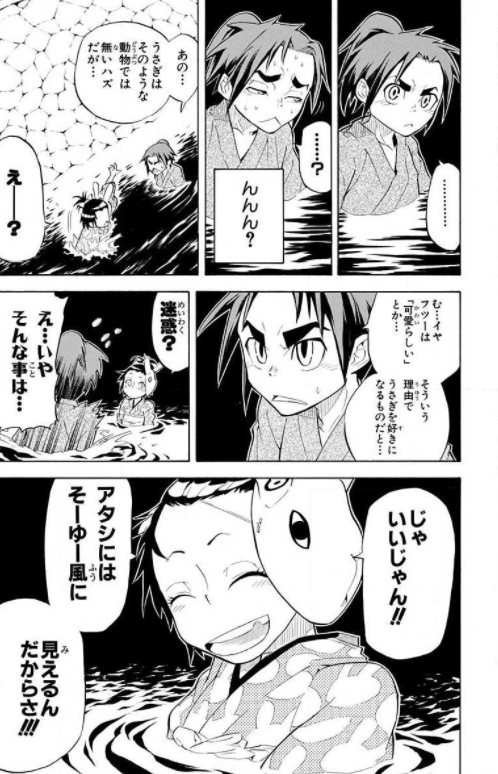 He makes the decision to open his own dojo. To quit, he returns to his former dojo. They try to buy him off with money, but he refuses, so they use force to stop him. Gosuke beats everyone up with his “Rabbit Style Sword Swing”, as the teacher of the dojo flees. 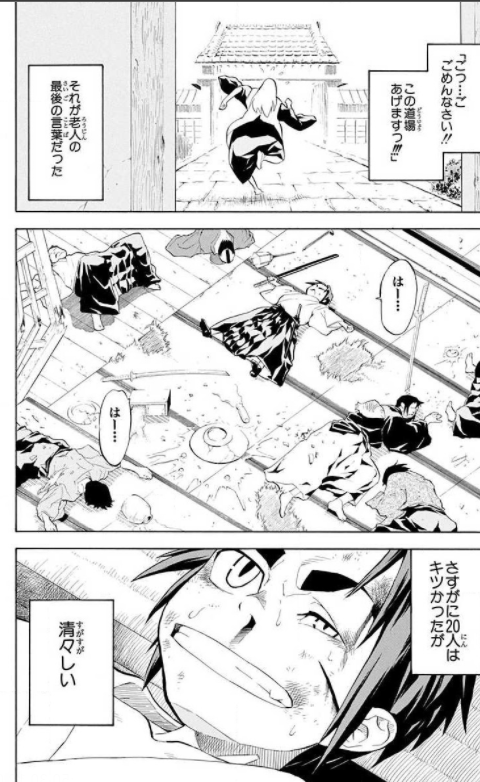 On his way back, he eats yaki soba as he is tired from all the fighting. He realizes that eating without worrying about your status feels really good which must be why Shino likes it. 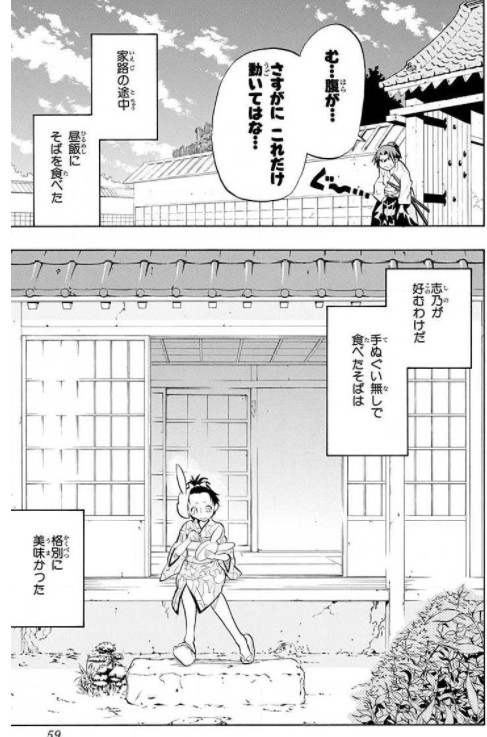