What is “Ushijima the Loan Shark”? 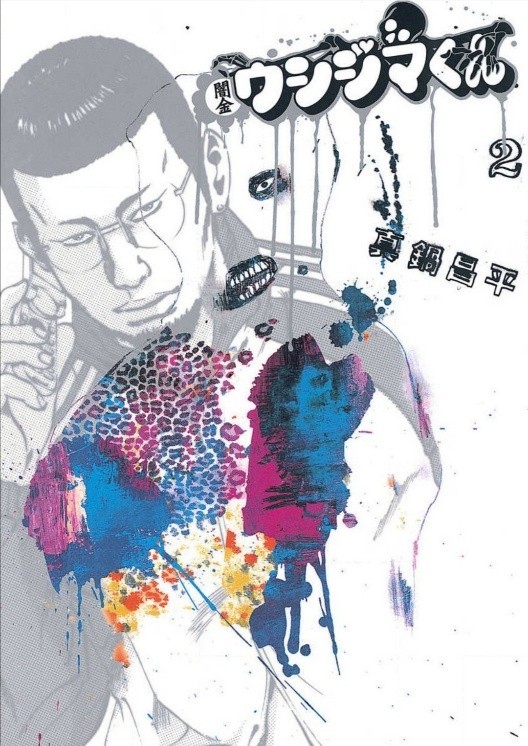 Ushijima the Loan Shark is a Japanese Psychological manga series written and illustrated by Shohei Manabe.
The manga series was serialized in Shogakukan’s Seinen manga magazine ‘Weekly Big Comic Spirits’ from May 2004 to March 2019. Its individual chapters were compiled and collected into 46 separate volumes. The series won the 56th Shogakukan Manga Award for general manga. This story is about a Black Market loan shark named Yamikin Ushijima-Kun, and how he manipulates the middle class into making profits for himself.
Though an anime television series adaptation is yet to be announced, a 27 episode Television Drama and four Live-Action films have been released.
Yamikin Ushijima-kun
▸

The chapter begins with Yamikin Ushijima, a black market loan shark, bringing in a runaway customer. As Ushijima strips the man down, a new member of the gang, Takada, shows up on his first day. Ushijima introduces him to the others and tells him to ask whenever he doesn’t understand the work. 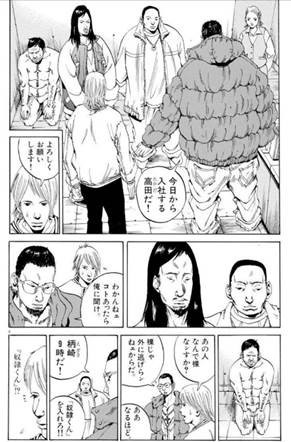 Just then, a bunch of old housewife’s show up and Ushijima gives 30,000 yen each. Upon Takada’s questioning Ushijima explains how these housewife’s get addicted to playing at Pachinko Parlour’s, and by letting a few of them win, he keeps the rest of them coming for more. They keep coming back in hopes of winning back the lost money, but instead keep getting deeper Into the whole. 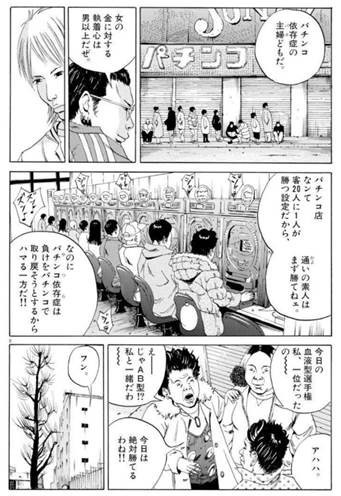 He further explains his business. By lending out money with an interest rate of 50 percent to be paid back in 10 days, the debts keep piling on the pachinko addicts, with some even crossing 8 million yen, then Ushijima can make them do anything he wants. 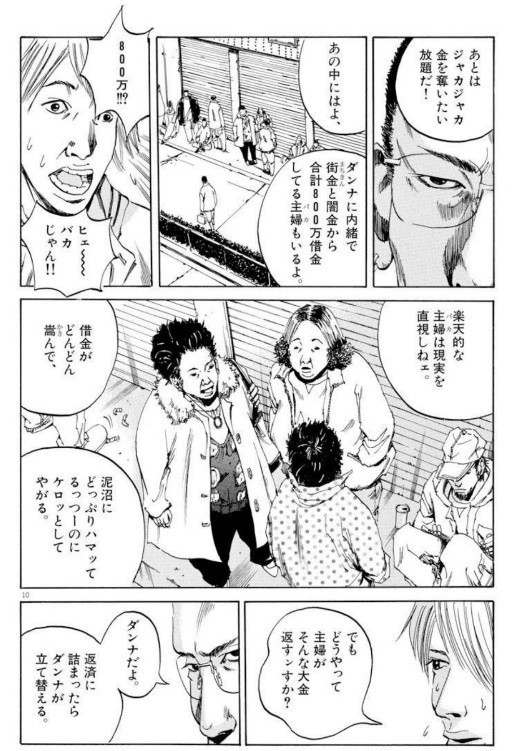 As the day goes on, Takada witnesses how skillfully the gang brings in customer and later extorts money from them.
A woman named Kayama shows up in front of Ushijima, asking for more money. Upon refusal, she starts begging and aggress to do anything. Hearing this, Ushijima takes her to a place where he makes her prostitute with many ugly men, after which she is mentally devastated. 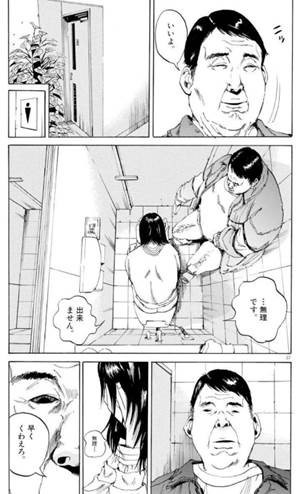 The woman returns home to her young child and bursts in tears, promising to never do anything like this ever again. 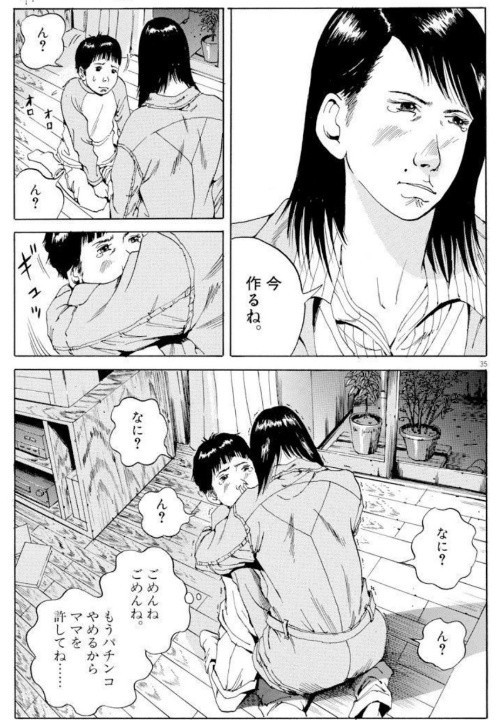 Seeing all this happen, Takada questions Ushijima weather he feels any guilt after doing all this. Ushijima warns him that if he is to work in this field, he should stop thinking of customers as humans, “If ya show them sympathy, ya won’t get money “, he says.
While he’s having this conversation, he looks down from the building and sees Kayama again heading for the Pachinko Parlour after everything that happened to her. 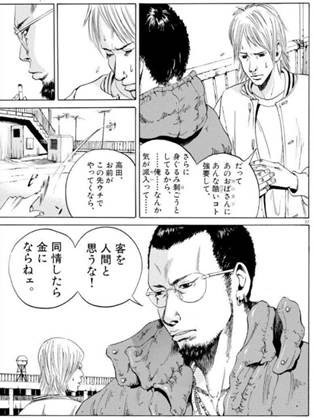 Ushijima offers to buy Takada a very expensive dress to commemorate his joining. Takada’s face flashes an ominous grin as he realizes that he just got a suit worth a month’s salary for a normal man.
As the chapter comes to an end, Ushijima speaks his made up rule,
“If I’m to choose to be either the one to take or the one to be taken, then I will choose to be the one to take”. 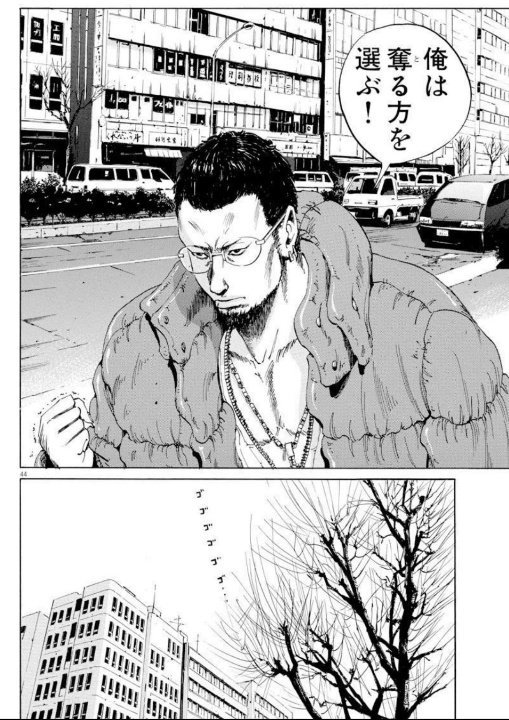