What is Akira about? 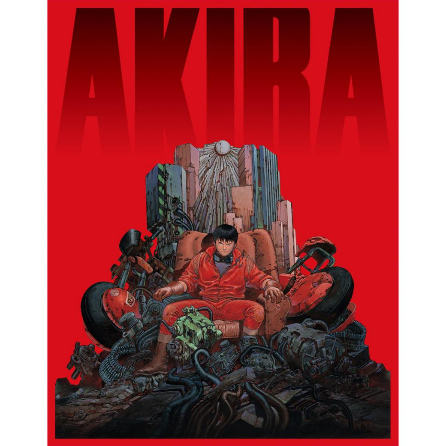 Akira is a cyberpunk manga series written and illustrated by Otomo Katsuhiro. The original manga was serialized in Kodansha’s Young Magazine from December 1982 to June 1990, with a total of six volumes.
Often praised and widely recognized as one of the greatest manga of its genre, next to the like of “Ghost in the Shell” series, Akira is widely known not only in Japan but also among its fan in the West. In the United States, Akira became one of the first manga works to be translated in its entirety into English and published by Marvel Comics.
Following the success of the manga, the story was adapted into a 1988 anime feature film of the same name. It was Akira’s original film that took the series into even greater heights, becoming an instant fan-favorite and an all-time classic. Both the manga and its anime had won several awards, including the Kodansha Manga and the Harvey Awards.
The story set in a post-apocalyptic and futuristic version of Japan. More than two decades after a mysterious explosion had destroyed the city of Tokyo, on top of its ruin, a new city was built and named “Neo-Tokyo”. This new city is a battle ground between the military, futuristic biker gang and a world-shaking telekinetic abilities wielder named “Akira”.
AKIRA
▸

The beginning of a new futuristic world

On December 6th of the year 1992 at 2:17 PM, a new type of bomb developed by humanity exploded over the capital of Japan – the city of Tokyo. 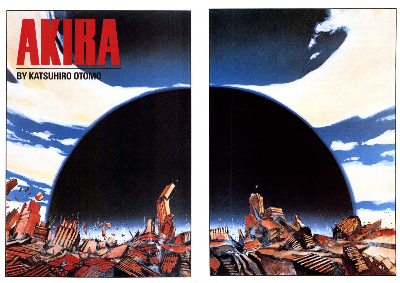 Within the following 9 hours, major cities around the world were continuously being destroyed one by one by the same weapon of mass destruction. Moscow, Kazakhstan, Washington DC, New York, Paris, London, Berlin...... All of them were wiped out in an instant. The chain of destruction had started World War III. 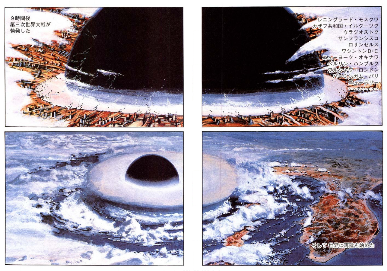 Fast forward 38 years after World War III ended, to the year 2030. The world was slowly rebuilding itself. On top of the ruins of the old Japanese capital, a new city was built and named “Neo-Tokyo”. This new city was full of anti-government terrorist groups and violent biker gangs.
Tearing away the silent of the night, the biker gang led by the infamous Kaneda Shotaro let their engines roar on the Highway 26, cutting through the city and led to the old city of Tokyo. The gang members followed Kaneda as he raced straight into the heart of the Tokyo crater. 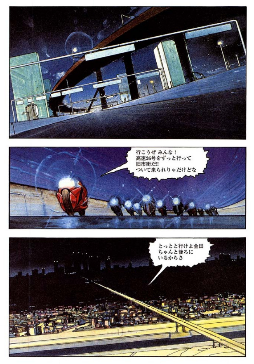 Kaneda’s biker gang consisted of students from the Youth Vocational training school. They were social misfits who had too little to fill their lives, and Kaneda had offered them the thrill of being defiant to the authority and following their wild path.
Away from the light of the modern city, the gang arrived at an old highway gate. The gate was sealed off after everyone had moved from the old city. Kaneda and his best friend, Shima Tetsuo, tried to clear out the blockage and made way for their gang. 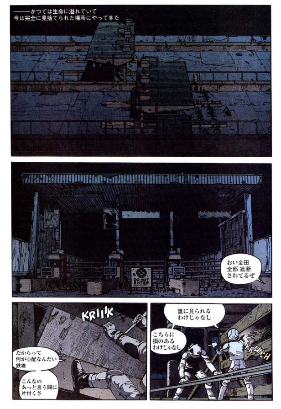 Once the road was cleared, the lights from their motorbike once again ripped through the darkness. Kaneda and his signature red bike took charge, leaping into the air and showed off to his friends. Tetsuo was right behind him, followed by the rest of their gang. 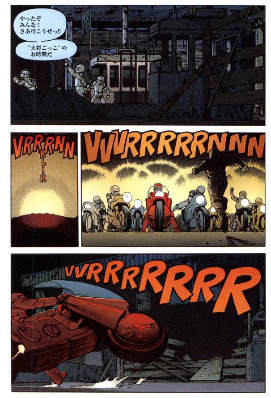 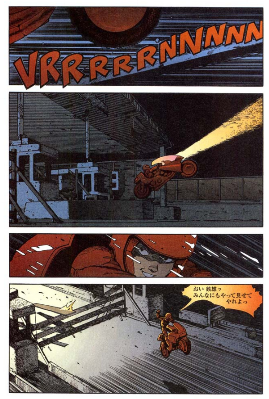 After racing into the night at full speed, Kaneda finally found what he came for. He signaled his gang to stop at the edge of the old highway. 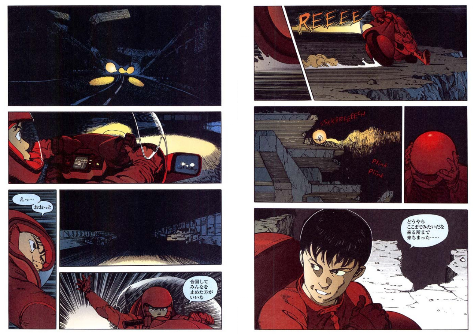 In front of them was a giant crater that took the lives of million people in the past. A sight that gave everyone the chill in their bones. There were rumors that the crater was chosen as the next stage for the upcoming Olympics. Many of the old buildings and infrastructure had been torn down in preparation for this. 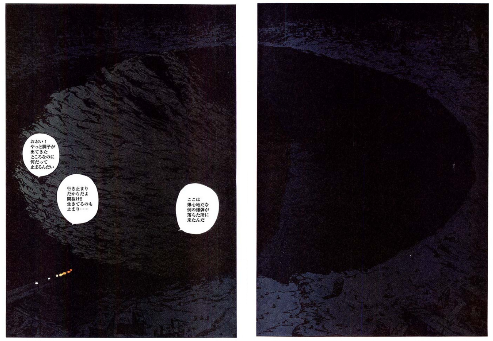 After taking in their fill of the scenery, the gang decided to head back for a bite. Kaneda announced that they would race back to the city and the last guy to arrive would have to pick up the check for everyone else. Once again, their engines roared and they headed back toward the light of the bustling city. 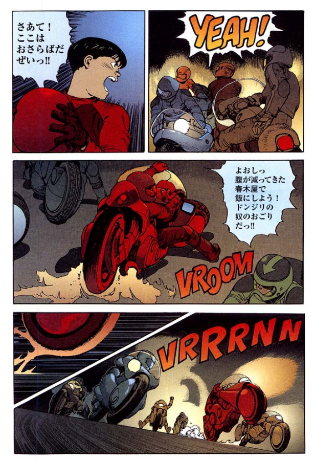 This time, Tetsuo took the lead and let Kaneda eat his dust. But right after he took over Kaneda, Tetsuo saw a passerby standing in the middle of their track. Racing at full speed, Tetsuo was sure that he would hit the guy even if he floored the brake. 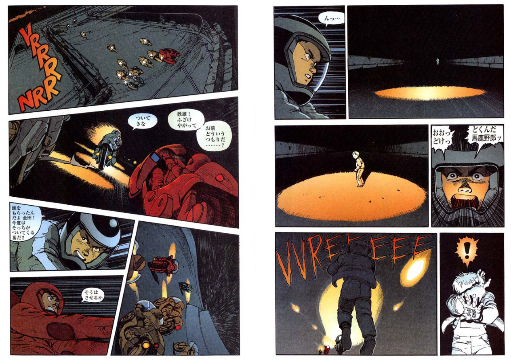 Before Tetsuo could hit the passerby, his bike exploded and his body flew into the air. Everyone was horrified by what happened and stopped to tend to Tetsuo. 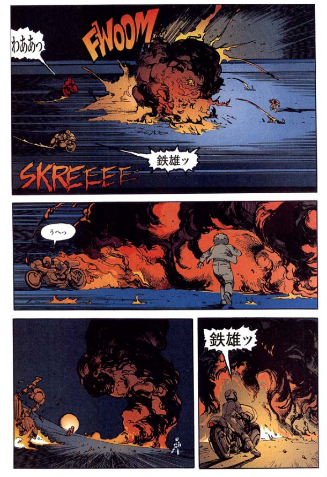 Kaneda rushed toward Tetsuo and tried to help him up. Covered in injuries and blood, Tetsuo looked like he was in critical condition. 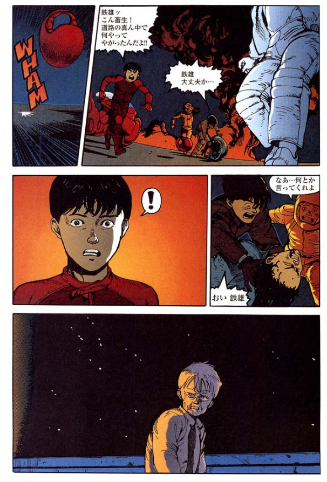 When Kaneda looked up at the passerby that Tetsuo had almost hit, their eyes met and the guy started to disappeared into thin air, leaving nothing but the explosion he had caused. 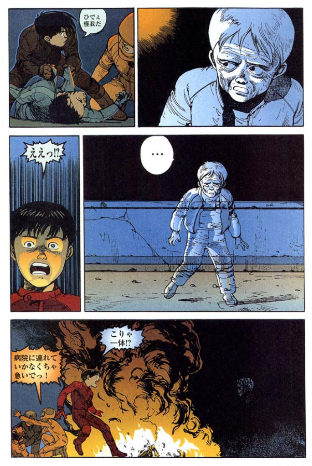 Moments later, a military jeep arrived at the scene. Apparently, the soldiers seemed like they were looking for the mysterious man with strange powers. They reported to the radio that he was nowhere in sight and left the scene, leaving the biker gang to the police. 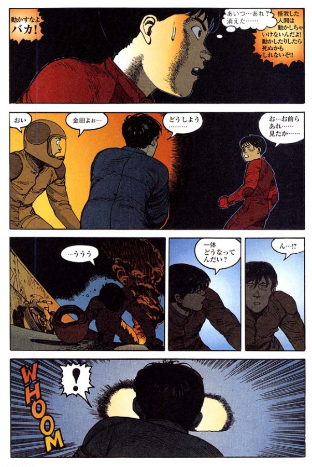 What had happened on the highway that night? Who was the mysterious man with psychic power that was hunted down by the military? Find out as the story of Akira continues.
AKIRA
▸
AKIRA, Otomo Katsuhiro