What is “Kodomo no Omocha”? 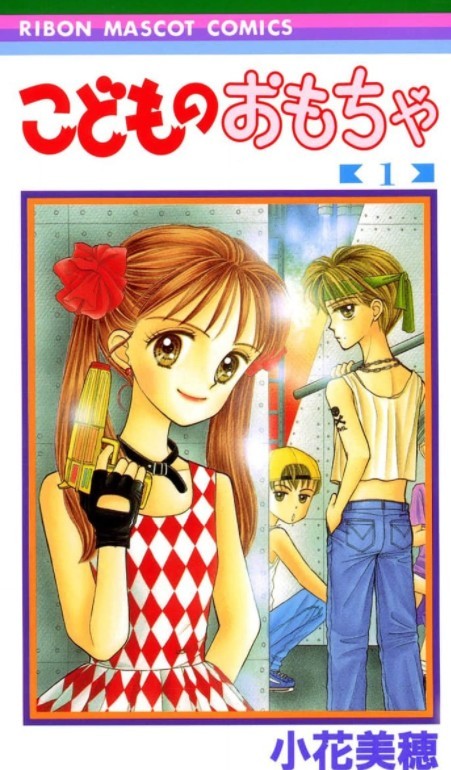 Kodomo no Omocha is a Japanese rom-com manga series written and illustrated by Miho Obana.
The manga was serialized by Shueisha in the magazine Ribon from 1994 to 1998. Its chapters are compiled and published into 10 separate volumes. The manga series won the 1998 Kodansha Manga Award for the Shoujo Category.
An anime television series adapted by Studio Gallop was released in 1996, consisting of 102 episodes.
Kodocha: Sana's Stage
(Kodomo no Omocha)
▸

The story begins with introducing Sana. She wakes up screaming “Stupid jerk!!”, and her mother smacks her on the head, exclaiming that her wailing causes the neighborhood dogs to howl. 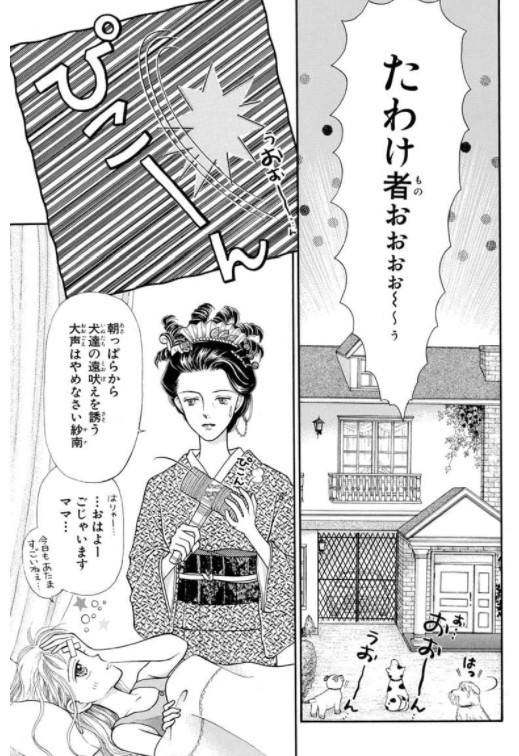 She had a strange dream and is now late for school. Rei, her manager, has already made plans for her to eat breakfast in the car. Sana reminds him to pick her up after school for her live broadcast. He drops her off to school and thinks about how mature Sana is for her age. 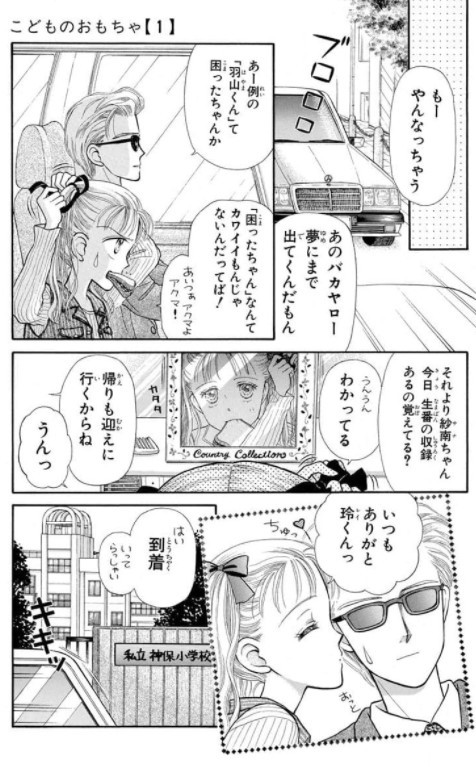 We learn that Sana has been working in the showbiz ever since she was little. But lately, she hasn’t been able to concentrate on anything but the bully in her class.
She reluctantly opens the classroom door, only to find chaos. 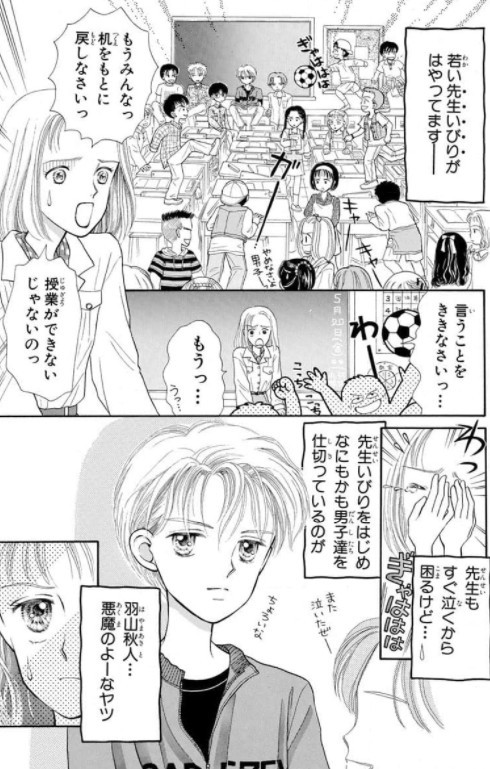 Miss Mitsuya, the class teacher, is unable to keep the peace and is always crying at the state of her class. At the heart of all this commotion is Akito Hayama, a mean bully. 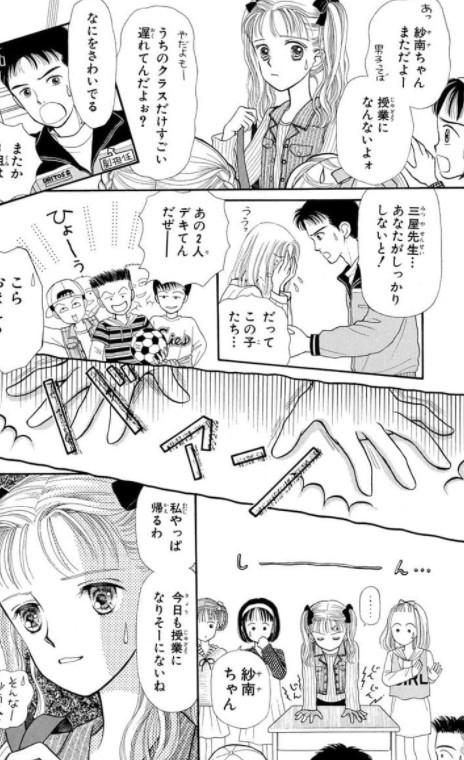 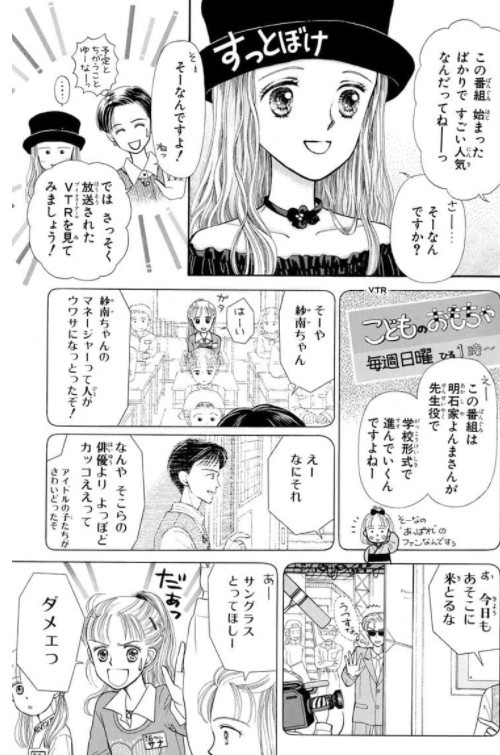 During the broadcast, they discuss her critically acclaimed show, which revolves around adults who allow themselves to be manipulated by kids. Sana’s school life comes up during the interview, and she rants about how Akito has made her school life a living hell. 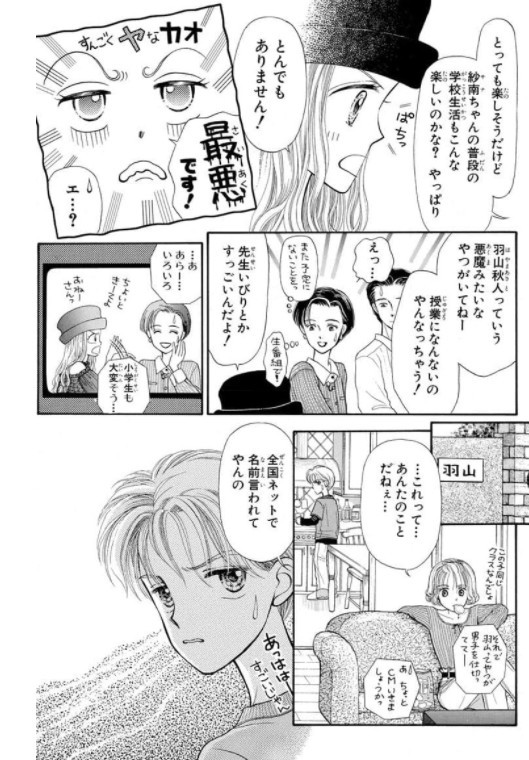 Akito is watching the live broadcast at home and is agitated by it. Rei tells Sana that she shouldn’t have brought up Akito's true name, to which she responds that she isn't afraid of him. 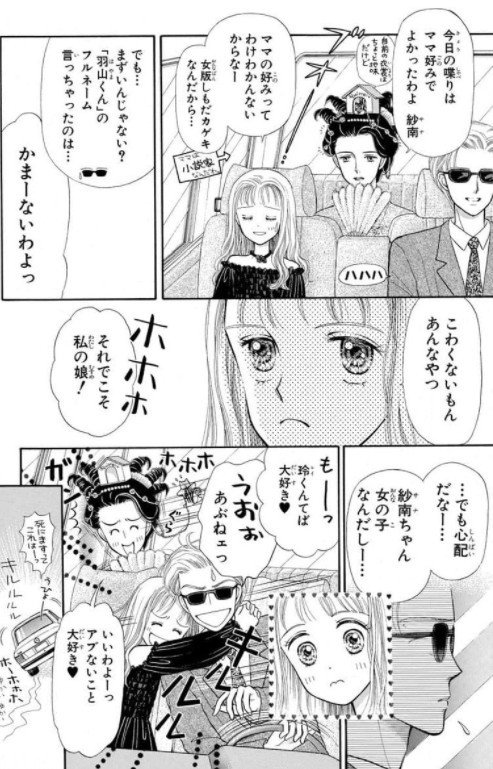 The next day at school, Akito’s friends surround Sana, declaring that she shouldn’t have dissed Akito on TV. Akito comes up and orders his friends to halt and then departs without doing anything, to Sana’s surprise. 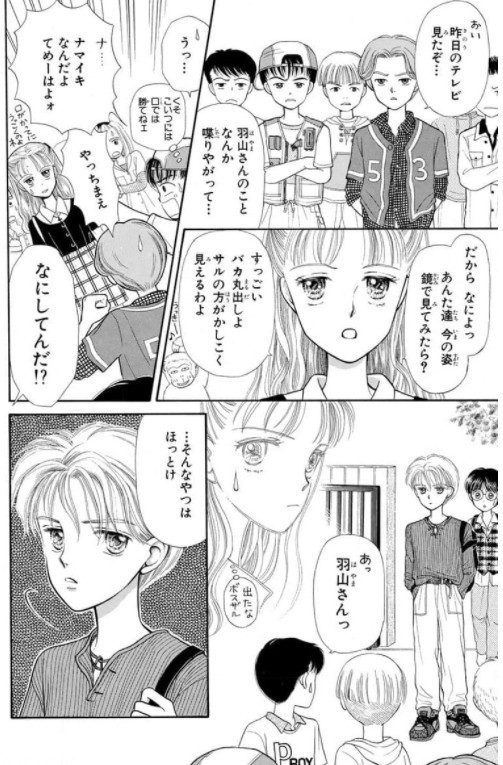 Later that day, Akito is wreaking havoc in class once more by employing squirt guns. The teachers threaten to take him to the principal's office, to which he responds by saying that if this were a real gun, he would have shot a few rounds at people who irritate him. 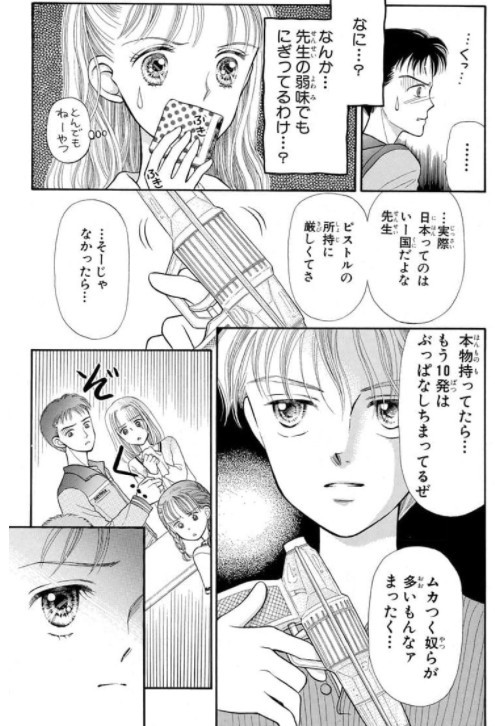 Sana is unfazed by Akito's statements and gets a squirt gun, pointing it at him. She orders Akito to halt his antics and fires the squirt gun. The girls unanimously back Sana's attitude, but Akito has no desire to fight. 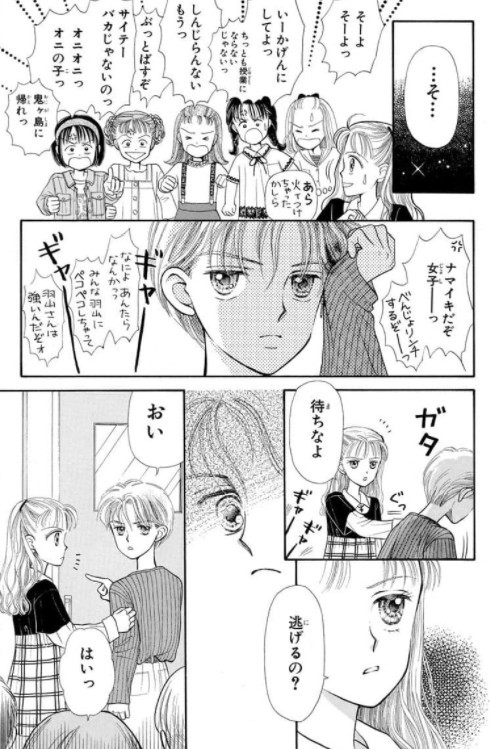 Sana provokes Akito by calling him a coward. Akito tells his classmates to seize Sana and exits the classroom. He and his companions intend to exact their vengeance after school. 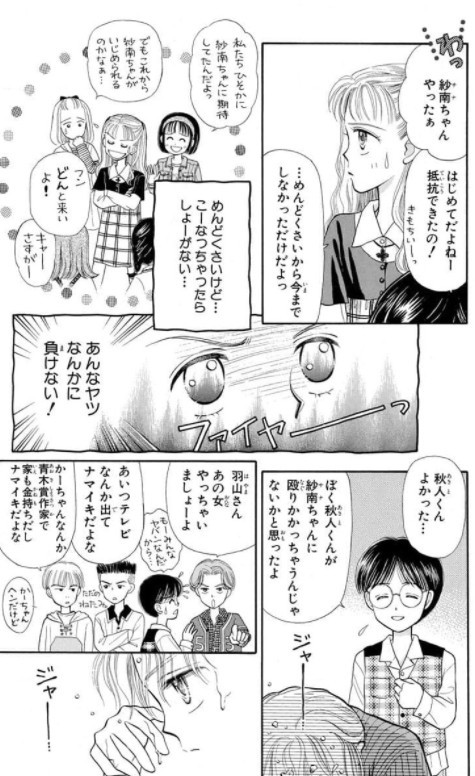 The girls warn Sana to be careful since she picked a fight with Akito but she isn’t worried since Rei is picking her up. Just then, one of the girls inform Sana that the boys have kidnapped Mami for saying mean stuff to Akito. 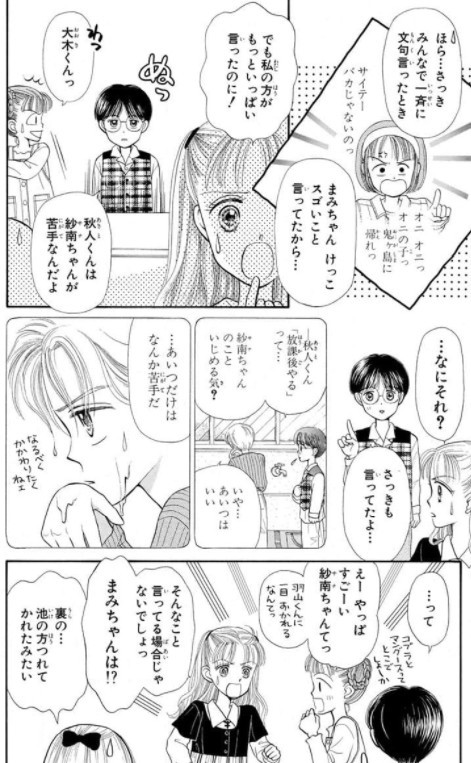 Sana and the other girls depart to assist Mami, who is being held at the pond.
Mami is being bullied by the boys, who are attempting to drown her for disparaging Akito. Sana runs in to pull Mami from the pond. She is trembling in rage at Akito for what he has done. 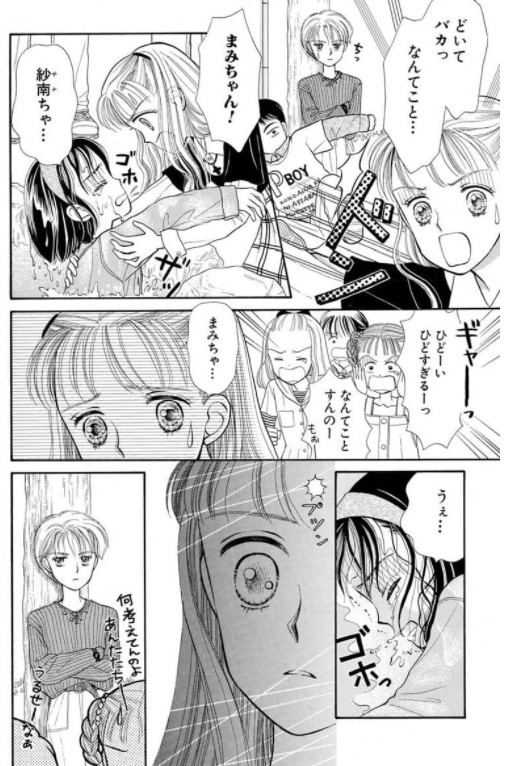 Sana slaps Akito across the face in a moment of rage. Akito tries to hit her back, but because of her Komawari Theater Footwork, Sana avoids all of his attacks.
She brilliantly dodges Akito, but accidentally knocks over some cement bags, which fall on top of her. 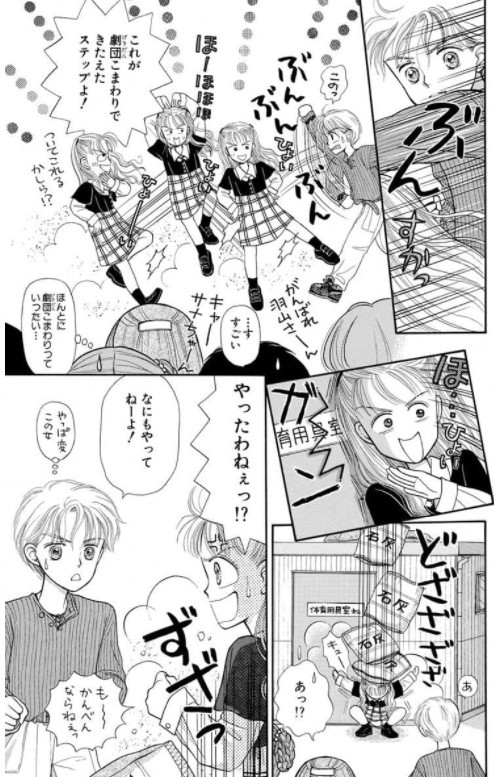 Sana pulls in Akito to a separate room so she can have a one-on-one discussion with him. When she asks him why he is doing all of this, he grabs Sana by the neck and warns her to stay out of his way if she doesn't want to get hurt. 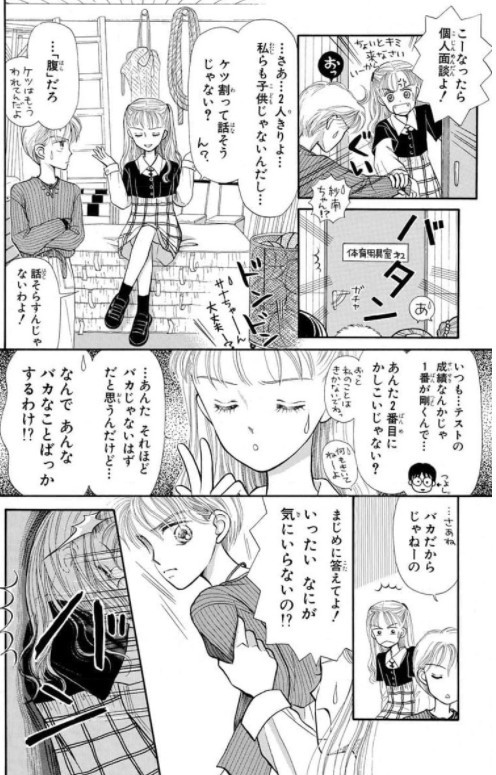 Sana is unaffected by Akito’s threats and resolves to put an end to his shenanigans. She boldly declares that she will not give up. 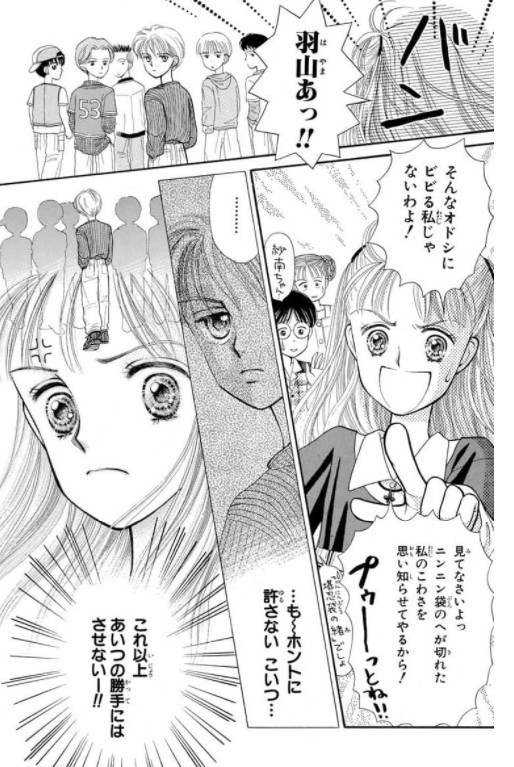