What is “Tegami Bachi”? 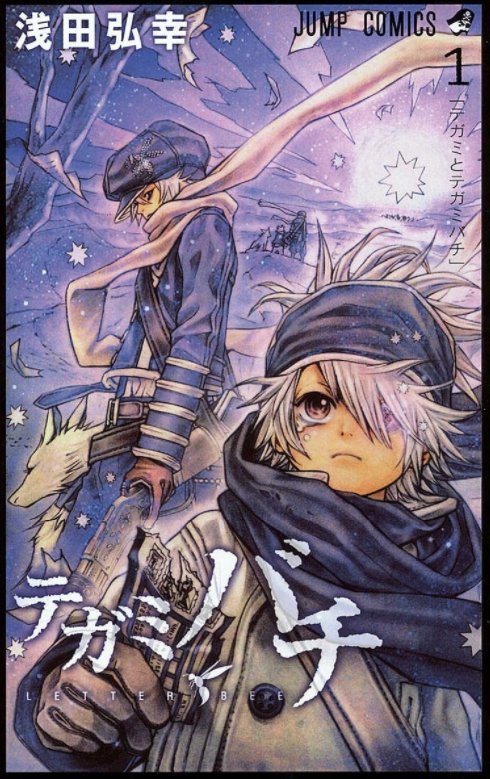 Tegami Bachi is a Japanese adventure manga series written and illustrated by Hiroyuki Asada.
The manga series was serialized in Shueisha’s Monthly Shounen Jump from 2006 to 2007, and then transferred to Jump Square from 2007 to 2015. Its chapters are compiled and published into 20 separate volumes. Volume 2 of the manga debuted at number 6 in Japan during its first week of sale.
An anime television series adapted by Studio Pierrot was also released in 2009, consisting of 25 episodes.
Tegami Bachi: Letter Bee (Tegamibachi)
▸

The story begins with introducing us to the land of Amberground, a dull dark place with no sun. People entrust a rare breed of government agents, called Bees, to travel this territory and deliver their letters. 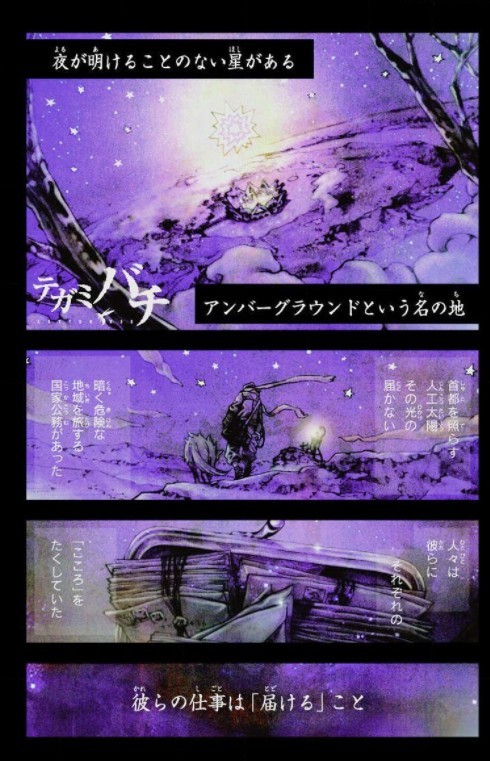 Gauche Suede is one such agent, and he traveled to Amberground delivering letters. One day, while he’s out doing his job in the Yodaka District, he and his dog, Roda, come across a charred wreckage.
Near the wreckage, Gauche comes across a strange sign post devoid of any letters. 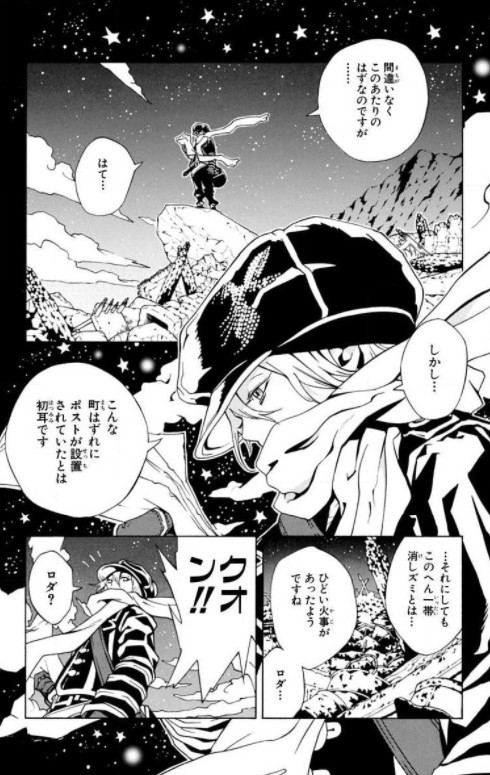 Just then, Roda spots a child chained to one of the pillars in the wreckage. Gauche realizes that the child is the letter to be delivered. 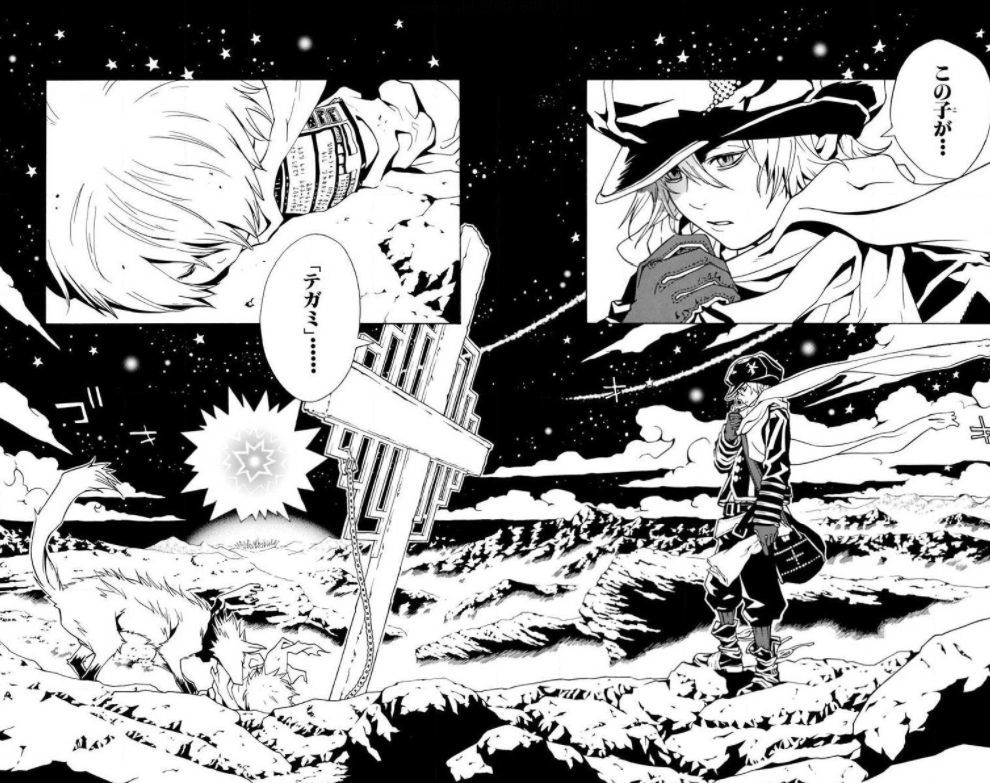 The small kid awakens, screaming, and demands to know what Gauche has done to him. Gauche addresses him as Lag Seeing, the name printed on the label on the boy's shoulder, and offers him soup to calm him down. 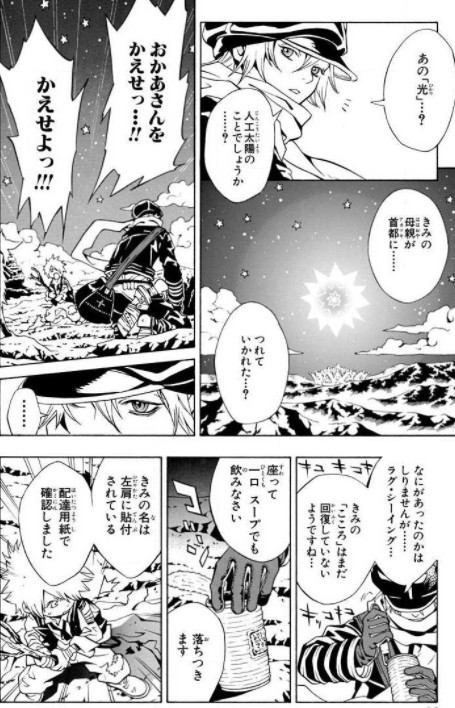 The youngster is terrified and demands to know where Gauche has taken his mother. Gauche replies that he has no idea what happened to him and announces himself as a Letter Bee for the Amberground National Postal Service.

Gauche claims it was his responsibility to deliver the “letters,” regardless of their contents. He places Lag on his shoulder and informs him that he is to be delivered to his aunt, Sabrina Mary, and that the letter's sender is none other than Lag's mother, Ann Seeing. 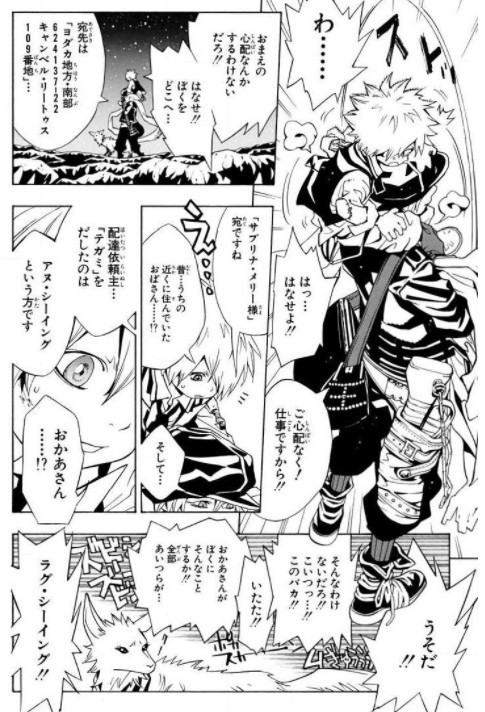 As they’re on their way, Lag sobs, stating that some wicked guys came from the region of light and kidnapped his mother, and that his mother would never desert him. Gauche tells him to not talk, as he never checks the content of the letter he delivers. 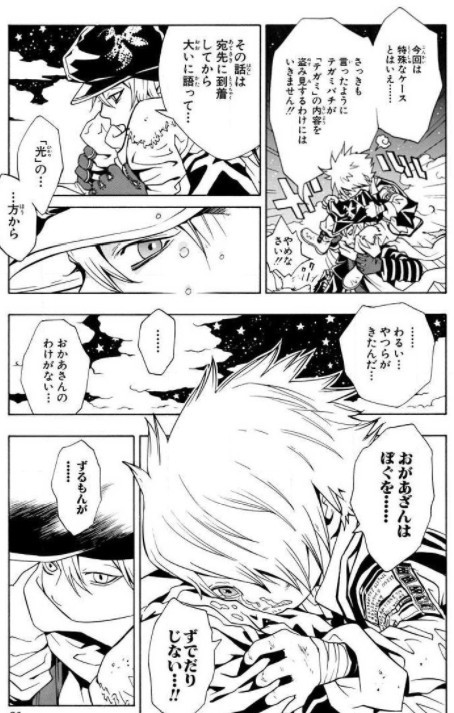 We learn that the region of Amberground was divided into three areas based on a caste system. Akatsuki, the capital, was illuminated by a man-made star and was home to the highest caste. The middle class dwelt in Yuusari, while the impoverished lived in Yodaka. 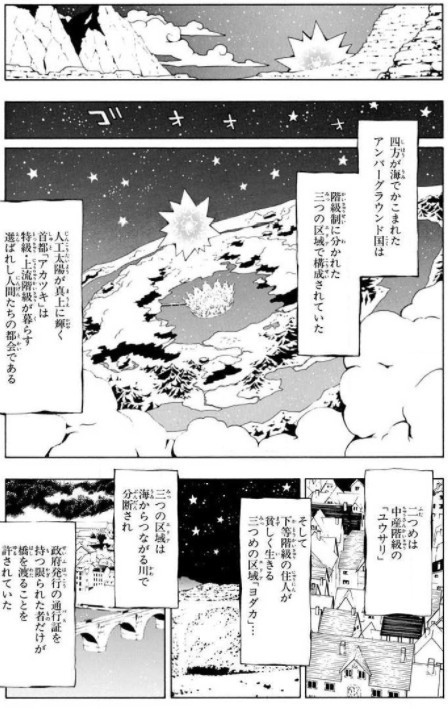 Gauche lets Lag down after he promises to behave. He mentions that the journey to their destination would take around ten days and would require them to cross a mountain range.
He informs Lag that they might even be pursued by Gaichuu, terrible creatures who live in the darkness. 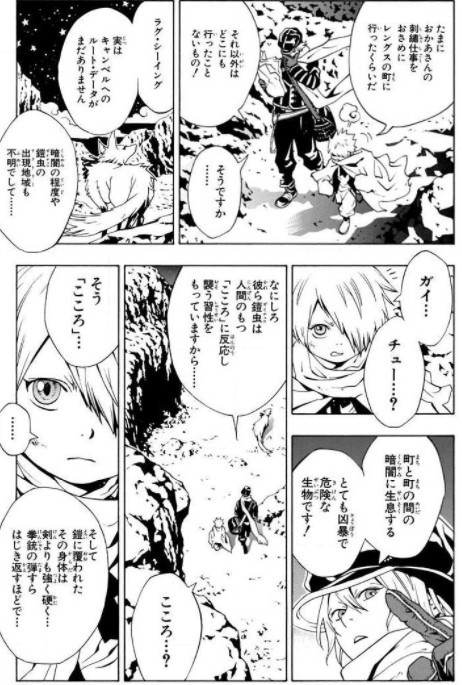 The duo is soon attacked by a Gaichuu, forcing them to confront the creature. Roda distracts the Gaichuu, while Gauche attacks on its weak points. He fires his special anti-gaichuu gun, The Shindan, at the target, destroying the Gaichuu. 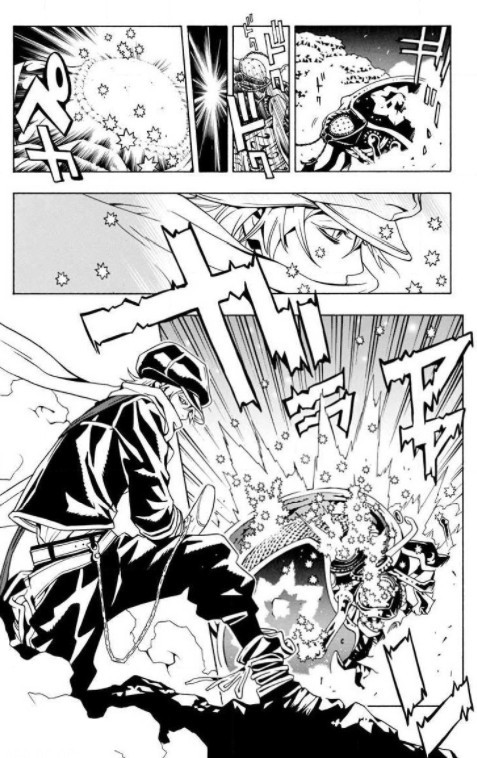 Gauche tells that the Letter Bees use special firearms to defeat the Gaichuu. To defeat the monsters, these weapons use fragments of the user's own heart. This, combined with the amber stone encased in the rifle, made the guns incredibly valuable tools for the Bees. 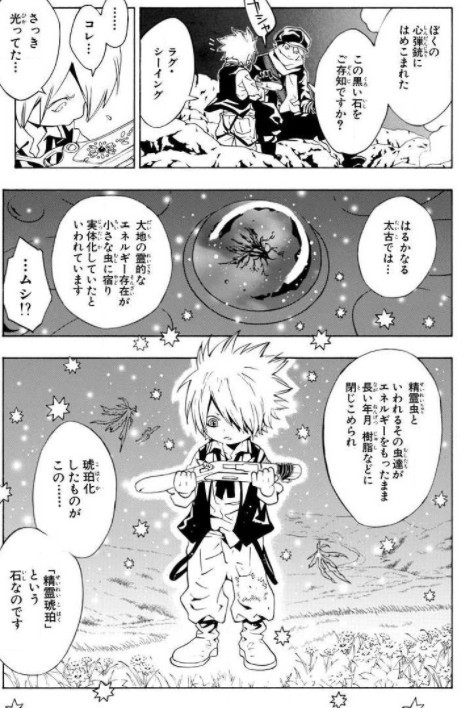 Gauche passes up his rifle to Lag so that he can get a better look at it. The gun begins to glow, much to Gauche's surprise, and the strength of the amber begins to develop. Lag is unable to control the gun as it fires recklessly. Roda snatches it from Lag’s hands but one of the bullets manages to graze Gauche. 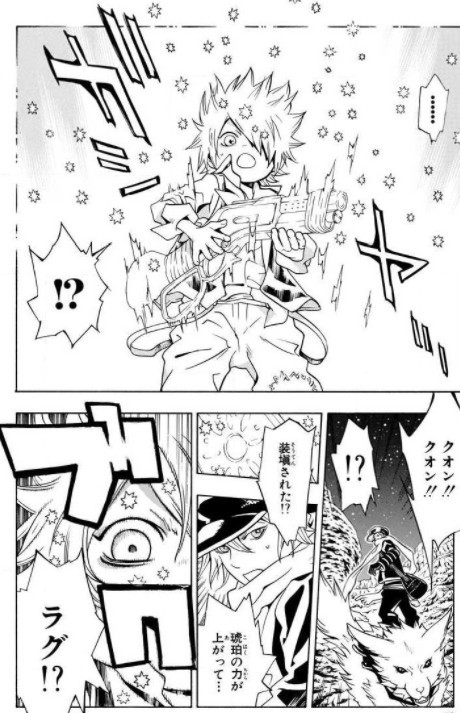 As Gauche is hit with the bullet, he sees fragments of Lag’s memories. There, he witnesses a group of mysterious men taking away Lag’s mother and torching his home. As he comes to be, he realizes that he was crying. 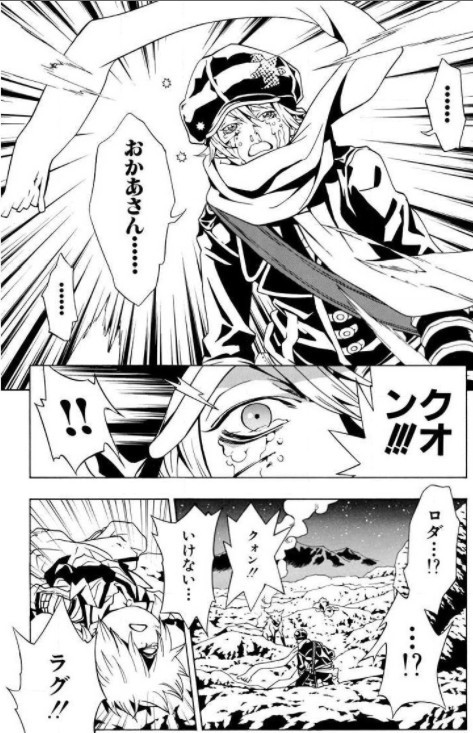 He takes Lag to a cave nearby and uses the Shindan’s healing abilities on Lag. He reassures Lag that the amber in the gun overheated and shot on its own and that it wasn’t his fault. 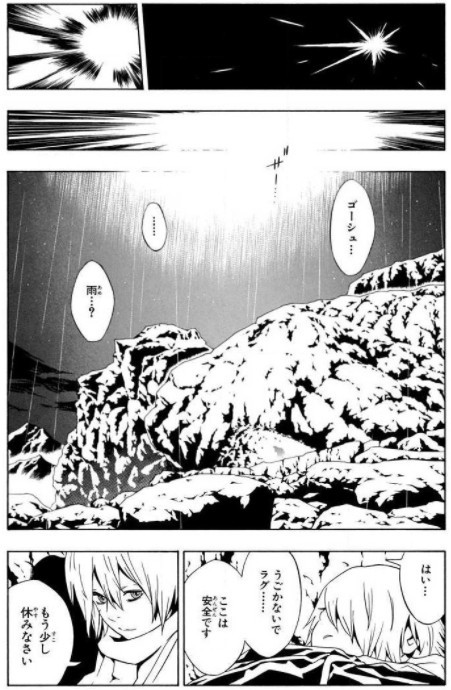 Gauche sighs, knowing that such a Shindan firework display is bound to draw a large number of Gaichuu. He urges Lag to rest, as he prepares to fend off the hundreds of Gaichuu heading their way as a result of the power burst earlier. 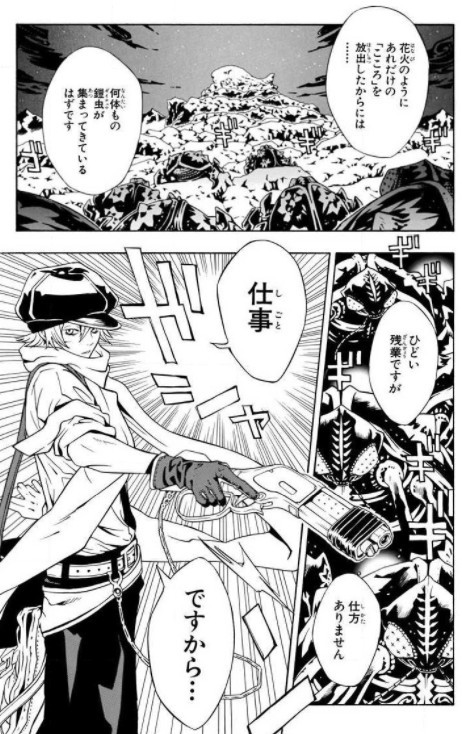