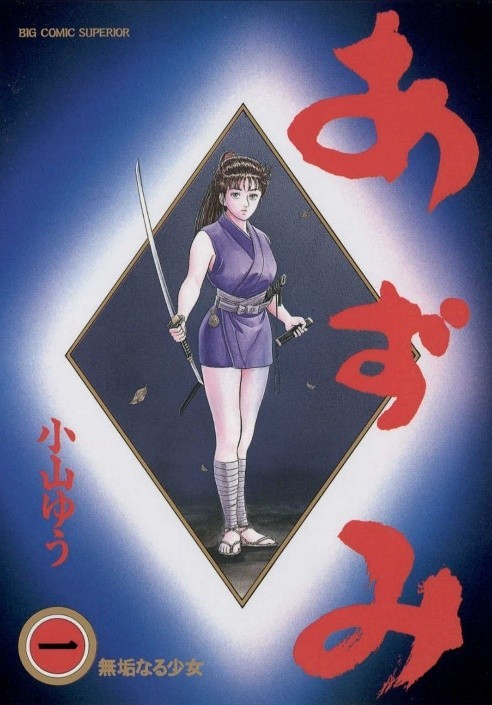 Azumi is a Japanese Seinen manga series written and illustrated by Yu Koyama.
The manga series was serialized in Shogakukan’s Big Comic Superior from 1994 to 2008. It’s individual chapters were compiled and collected into 48 separate volumes. A sequel series titled “AZUMI” was serialized in the same magazine from December 2008 to February 2014, consisting of 18 separate volumes. The series won the Shogakukan Manga Award in 1998 and the Excellence prize at the 1997 Japan Media Arts Festival.
Though an anime adaptation is yet to be announced, the series was adapted into two live-action movies, a stage play and a video game.
AZUMI
▸

The story begins with Azumi, the main character of this story, sitting on a tree, watching his comrades in a sparring match. She in particular, is spectating Nachi, a boy she has feelings for. 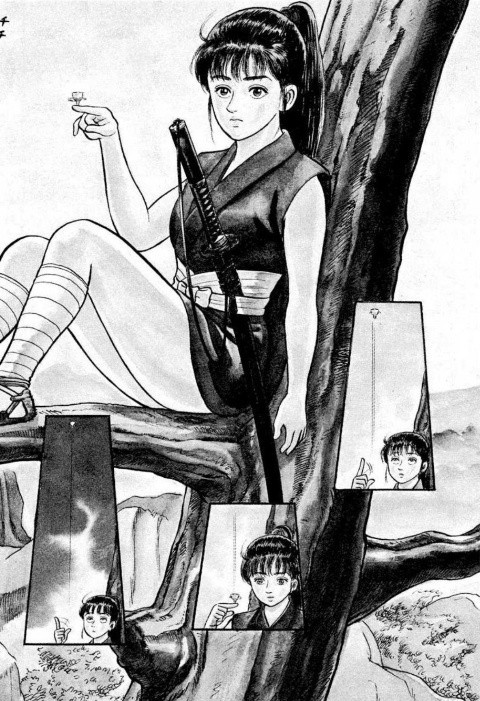 She is the only woman among the ten students, and because they have never been outside the forest where they train in the art of killing, the other students are unaware of the distinction between male and female, and perceive Azumi to be different from them.
While at the waterfall, Azumi refuses to remove her clothes to bathe, which causes the other boys make fun of her for not having the male part. 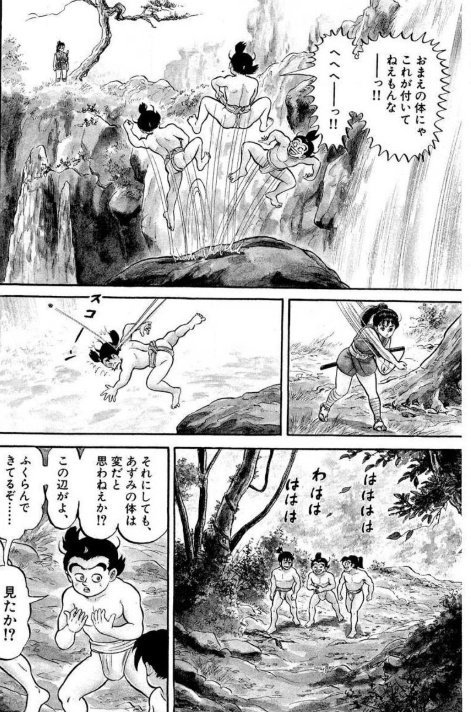 As she walks away, one of the boys tells the others that their sensei told him that a woman can give birth. The other two are astonished, and they decide to check Azumi’s female parts the next time they see her. 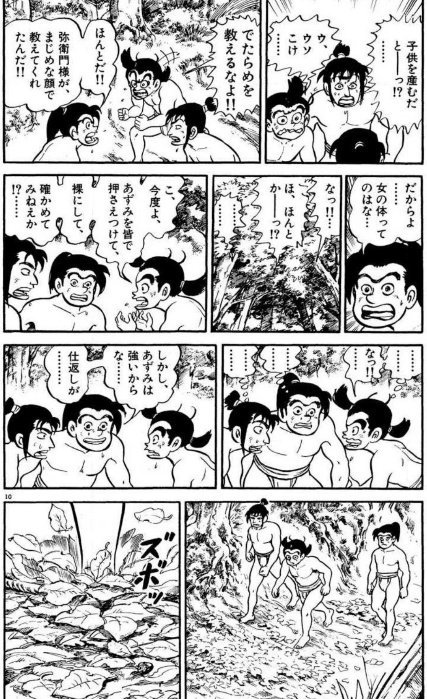 Walking through the forest, she runs into Nachi. The two sit down to talk and Azumi tells him about her insecurities regarding her body, to which Nachi explains to her that she is a woman and that she is beautiful the way she is.
This cheers Azumi up, and they decide that when it’s time to perform missions, they’ll do so together. 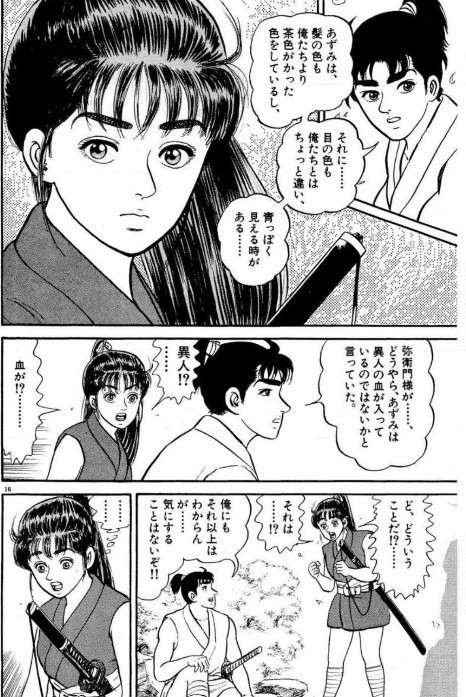 A bell sounds, and their sensei, Yaemon-sama, summons all ten of the students. 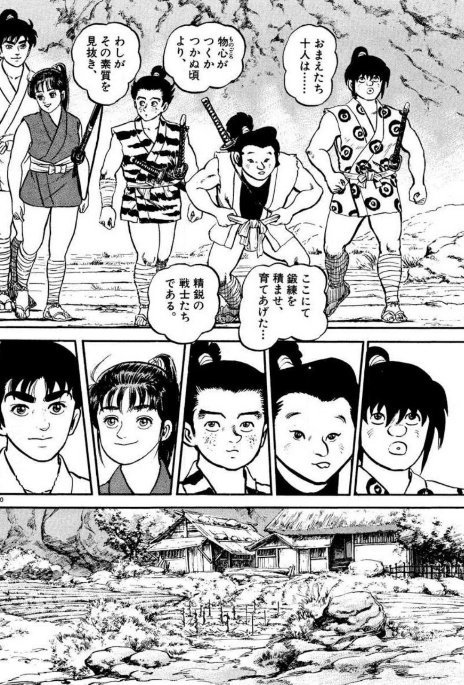 “The time has come for you to carry out your missions”, says Yaemon-sama. But before they can venture out into the world, they must complete one final test. He tells them to form a team with the person they care about the most.
Azumi and Nachi form one of the five teams. But they could never have predicted what happened next. “Now, you must kill each other in the groups you’ve formed,” Yaemon-sama orders. 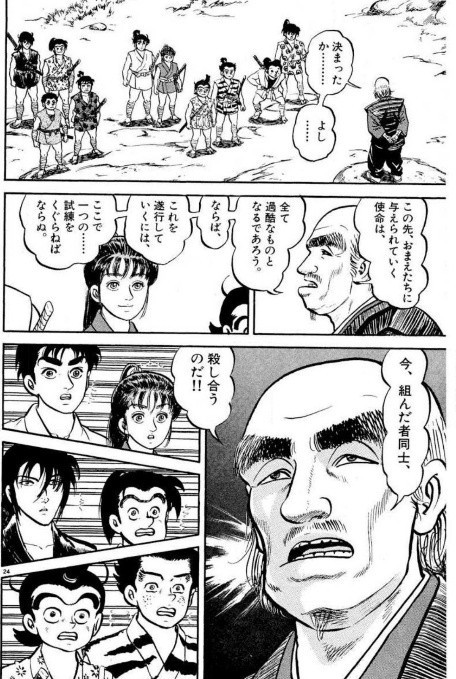 The battles commences between comrades and the blood shed begins. Nachi pulls Azumi aside and tells her to fight him. Nachi forces her to fight him because he knows only one of them can survive.
The students murder their teammates one by one.
Azumi and Nachi’s battle begins. They match blow for blow for a brief moment, and it appears that they are on an equal footing, but due to a single misstep Nachi loses his arm to Azumi’s sword. 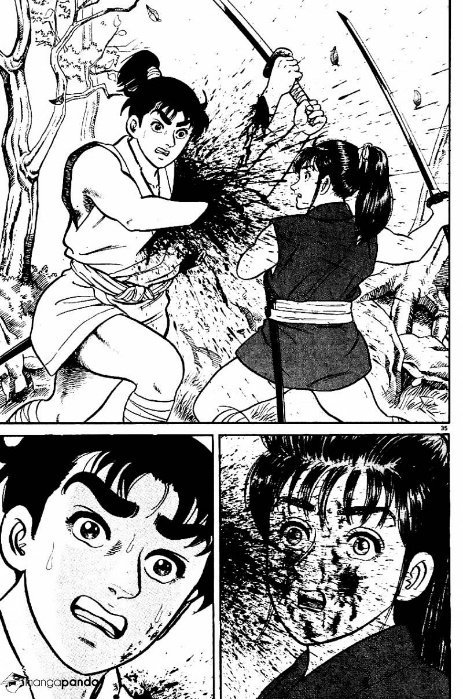 Having lost his arm, Nachi falls before Azumi. “Finish me”, he begs, and thus she gives him the death he so desires. 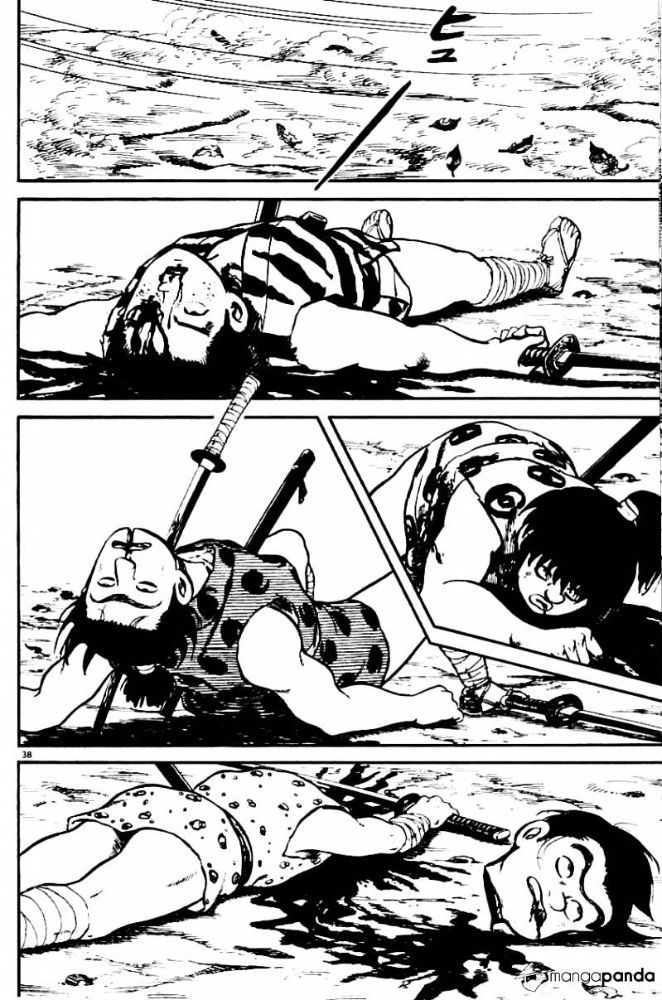 As the chapter closes, Azumi is seen washing the blood off her body, sitting by the river with tears in her eyes. 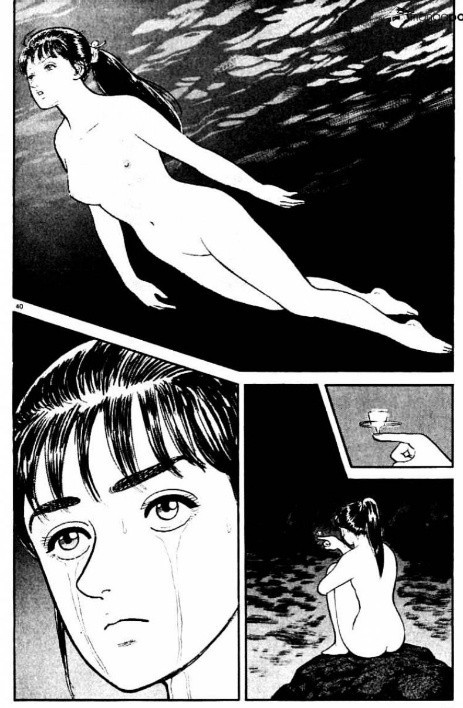 What perils await Azumi on her new journey as an assassin?
AZUMI
▸
AZUMI, Koyama Yuu