What is “Kengan Ashura”? 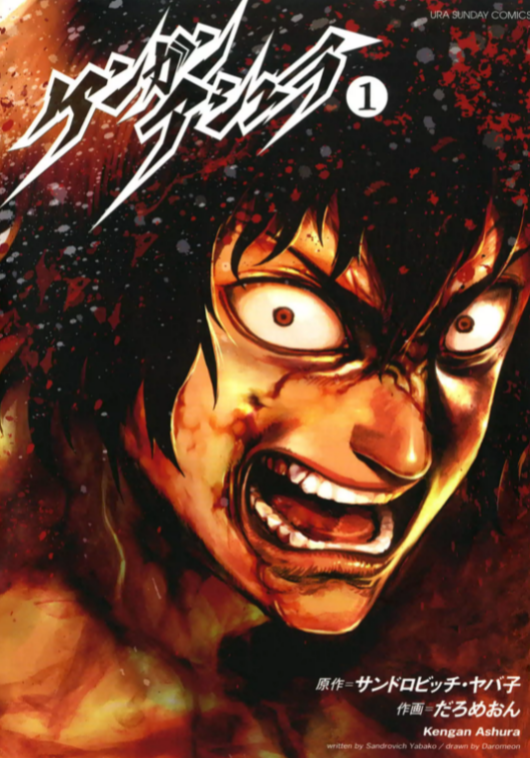 Kengan Ashura is a Japanese martial-arts manga series written by Yabako Sandrovich and illustrated by Daromeon.
The manga was serialized on Shogakukan's Ura Sunday website from 2012 to 2018. Its chapters are compiled and published into 27 separate volumes. The manga series has over 1.5 million copies in circulation, worldwide.
An ONA adaptation of the manga was released in 2019, which was premiered through Netflix and consisted of 24 episodes.
Kengan Ashura
▸ 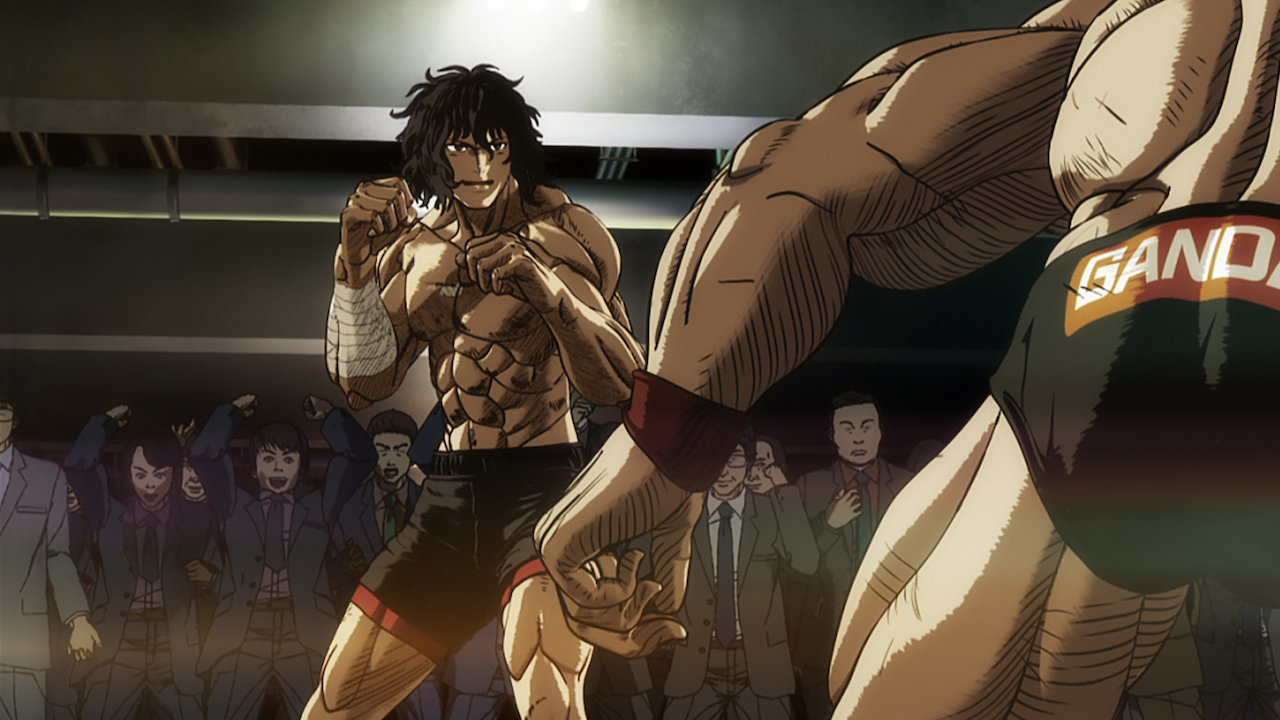 The story begins with Yamashita Kazuo, stumbling upon a fight in an alleyway between Tokita Ohma, a young man in his mid-twenties, and Komada Shigeru, a yakuza who has the body of a Deva King. 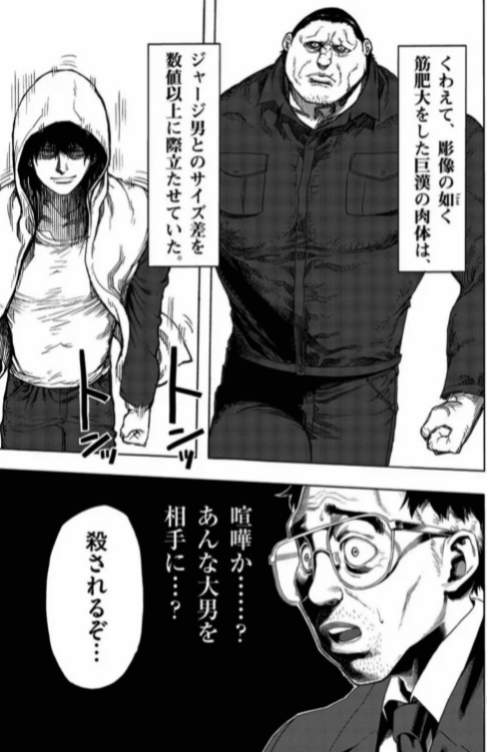 Yamashita observes the stark difference between the two, and sees Shigeru threatening Ohma not to pick a battle with him. But Ohma disregards the warning and instead provokes Shigeru, asking him to attack him. 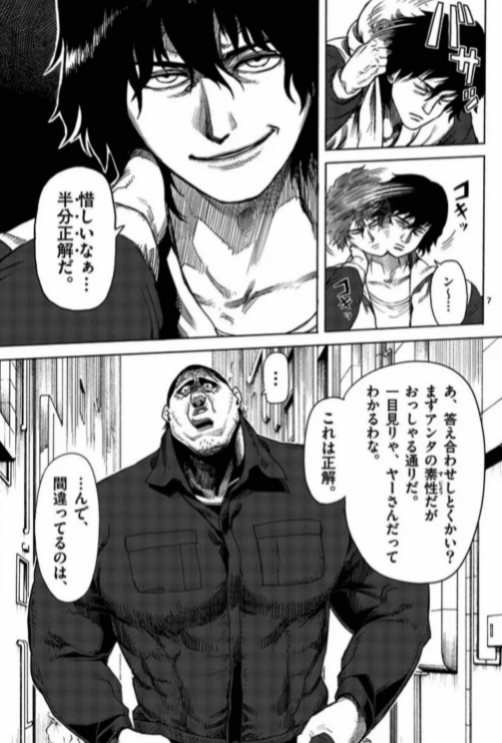 Shigeru removes his shirt, revealing his muscly and battle-scarred torso, complete with a Deva King tattoo on his back. He moves with breakneck speed and advances to assault Ohma, but Ohma avoids all of his attacks, aggravating Shigeru. 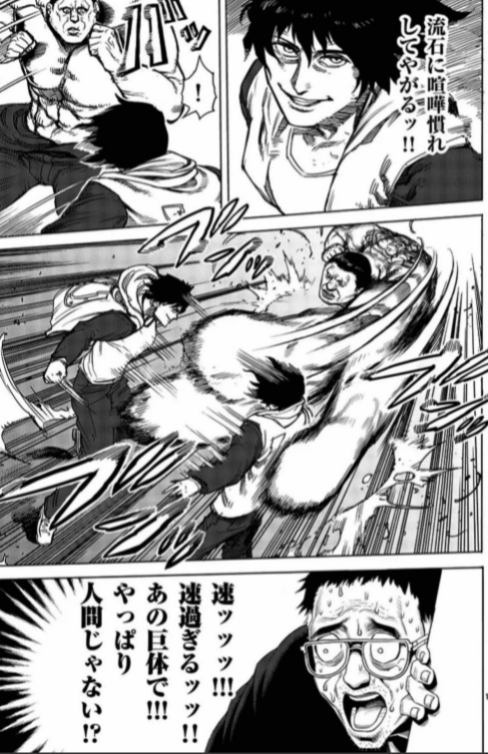 Shigeru attempts a cheap strike by flinging a shattered bottle at Ohma, distracting him, and then launching a strong kick at him. Ohma leaps out of the path, and Shigeru's kick cracks the concrete wall. Yamashita is speechless after witnessing Shigeru's power. 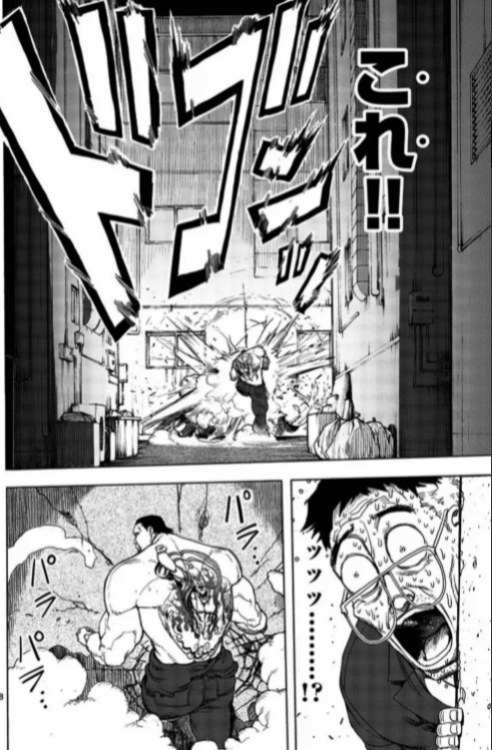 Yamashita is still convinced that Ohma is no match for Shigeru and that the story of the diminutive hero defeating the behemoth was purely fictitious. 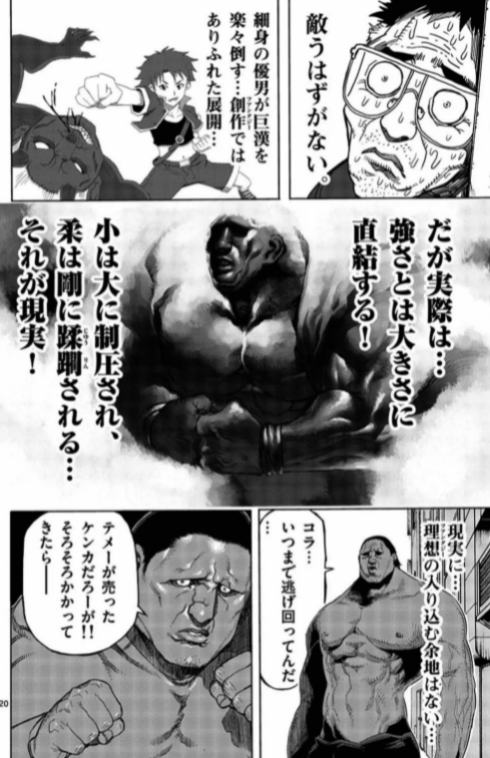 Ohma finally becomes serious and punches Shigeru in the face, forcing the latter to lose his footing. He then follows up with a strong kick, driving Shigeru away. He mocks Shigeru, telling him that muscles aren't everything in a fight. 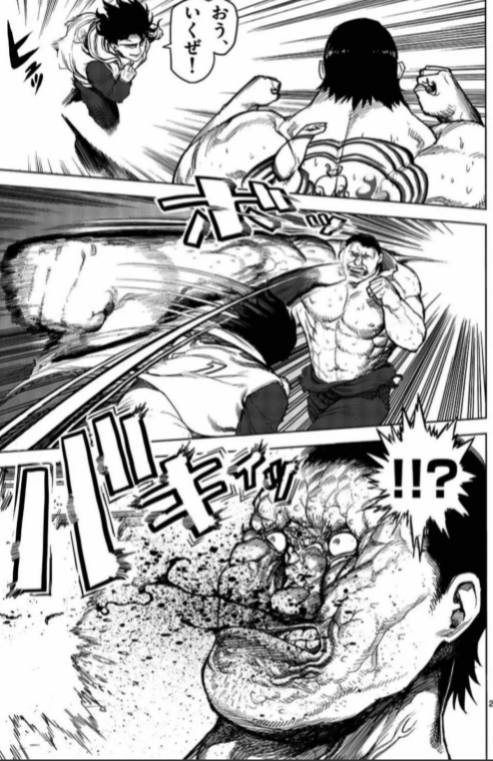 Shigeru loses it and pushes himself up to deliver the knockout punch. He takes a strong swing, but Ohma effortlessly grabs his arm and tosses him aside using his own weight, dislocating his elbow. 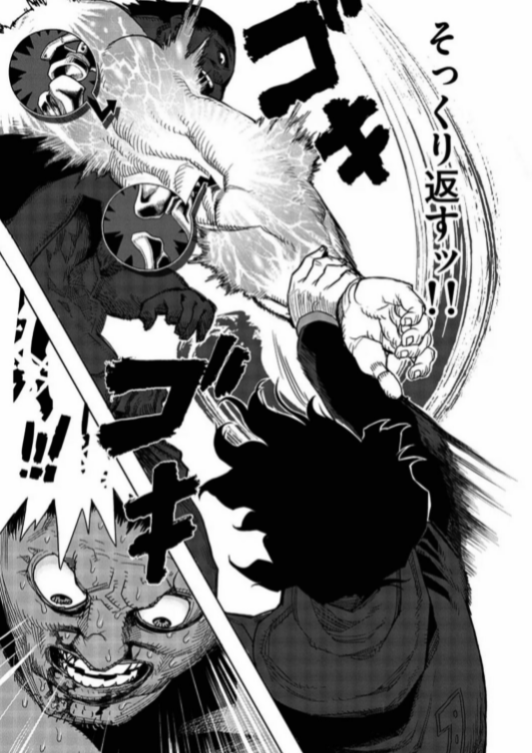 Shigeru refuses to give up and vows that he isn't done yet, but Ohma knocks Shigeru out with a one-two kick combination, sealing his victory. 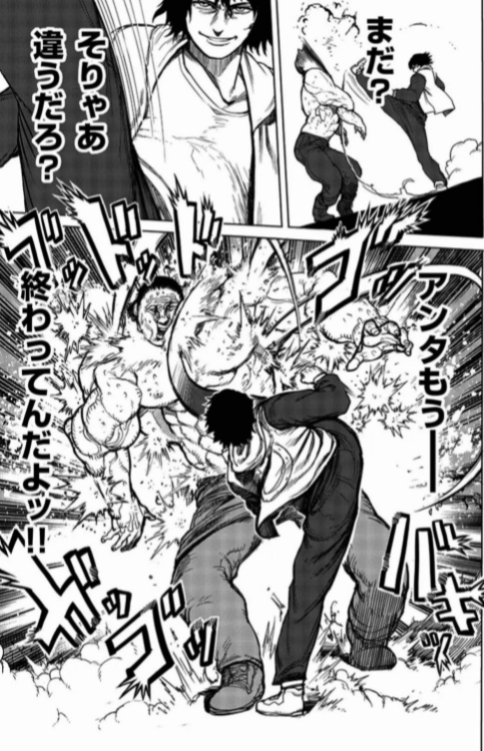 Shigeru collapses to the ground, and Yamashita's jaw drops as he sees this seemingly small man defeat a beast-like man.
Ohma passes past Yamashita, who is stunned by what he has just witnessed. In a state of astonishment, Yamashita inquires about Ohma's identity. 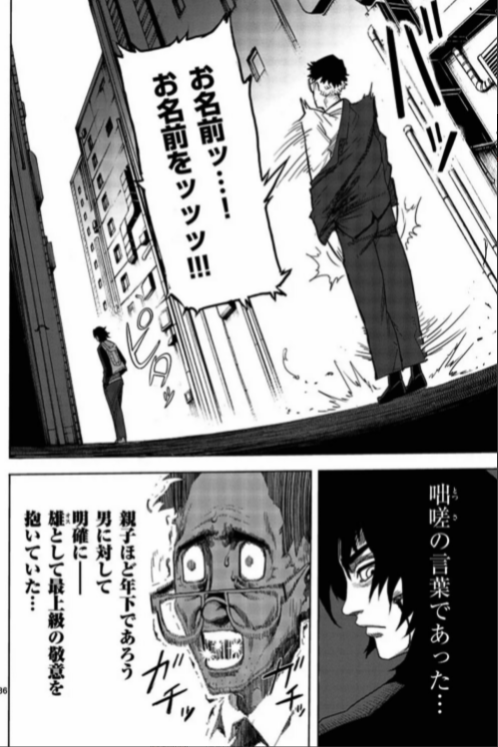 Ohma thinks that Yamashita is challenging him to a fight and starts radiating his murderous aura. Yamashita collapses to his knees, barely uttering “No” as he chokes on his own breath. Ohma goes away, saying it's a shame. 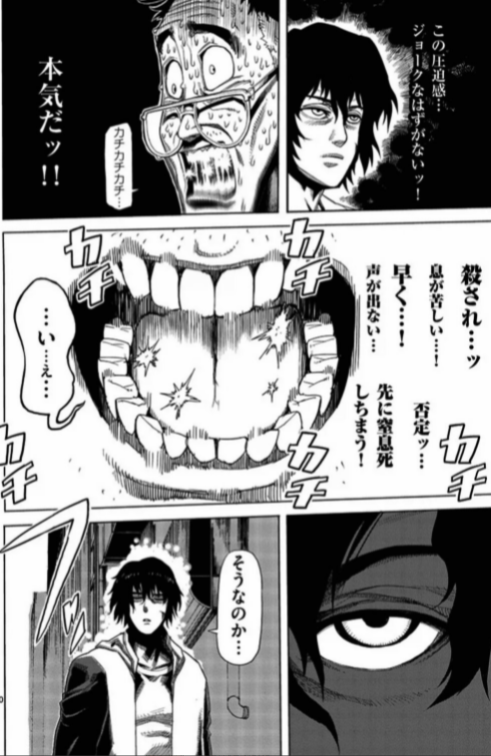 Unbeknownst to Yamashita, seeing the conflict triggered a fight or flight response in him, prompting him to preserve his seed. He was a simple middle-aged salary man but that night his survival instincts kicked in, and he slept with a woman for the first time in 15 years. 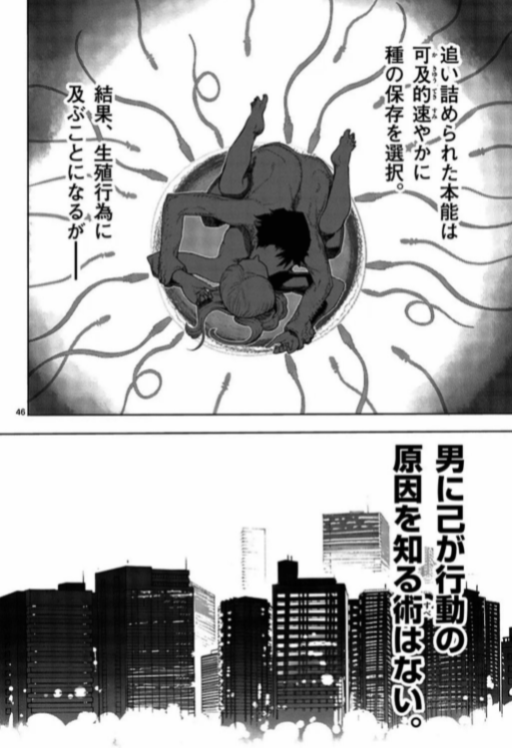 In the final scene, we see Ohma smiling eccentrically, implying that he has some sinister plans. 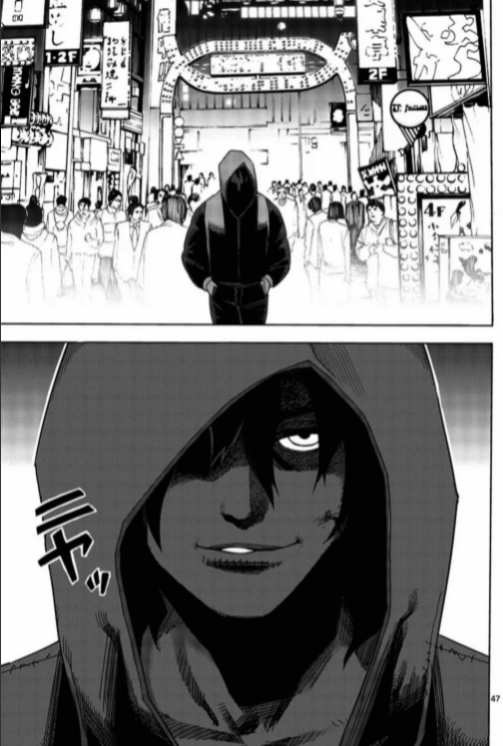 Where will Ohma go from here, and what plans does he have?
Kengan Ashura, Daromeon