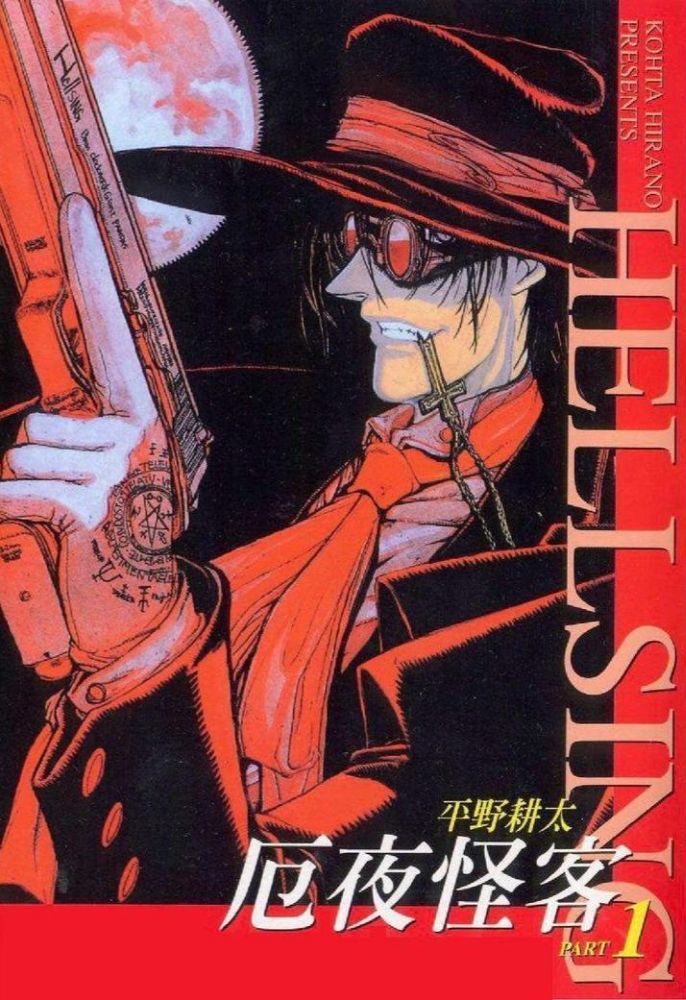 HELLSING is a Japanese manga series written and illustrated by Kouta Hirano.
The series was serialized in Young King OURs from May 1997 to September 2008. The individual chapters are compiled and collected into 10 separate volumes. A prequel series named Hellsing: The Dawn was also released from 2001 to 2009. Both the manga and the anime have been very well received.
The series got its anime adaptation by Gonzo in 2001, consisting of 13 episodes. An OVA by the name of Hellsing Ultimate was also released.
Hellsing
▸

The story begins with Alucard being called to duty by the Hellsing Organization. 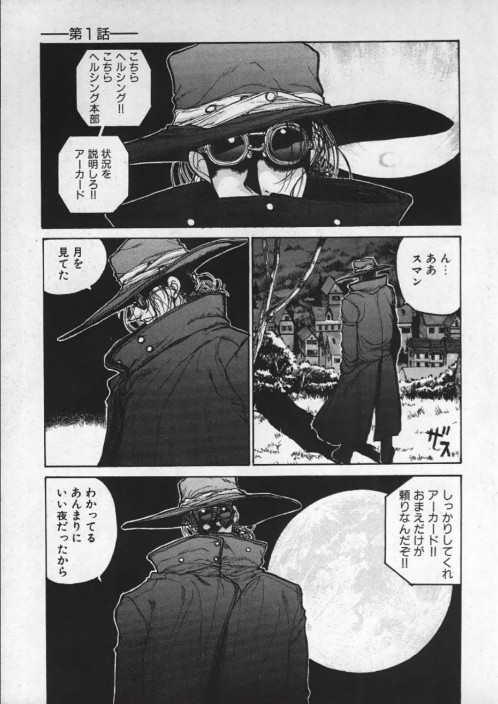 On 14th June, Wednesday, in a remote village situated in England, a Vicar arrives. This Vicar is unusual, as he almost never leaves the church during the day, like as if he’s afraid of the light. 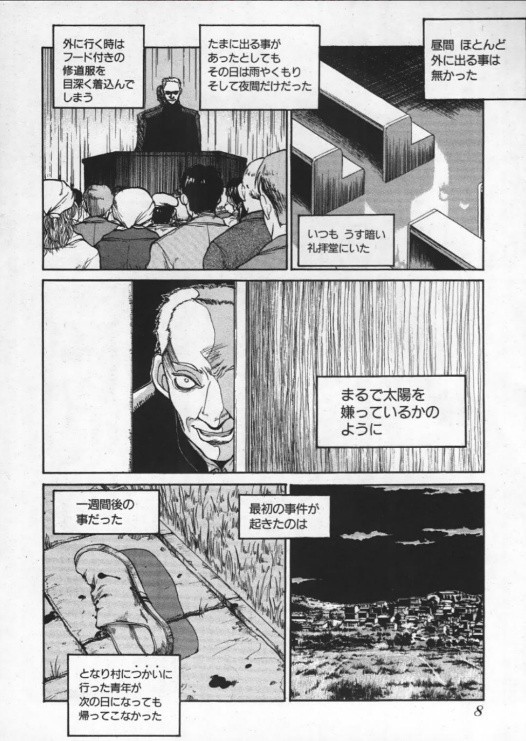 That’s when it happens, a man who leaves the village never comes back. Within the next few days, 10 more villagers go missing. One day, a man manages to escape the killer and goes straight to the police station. There he explains that under the light of the moon, he saw blood dripping from the Vicar’s face.
The police arrives at the church to question the Vicar, but it is too late as night has fallen. The priest transforms into a vampire and kills everyone, turning them into mindless Ghouls. 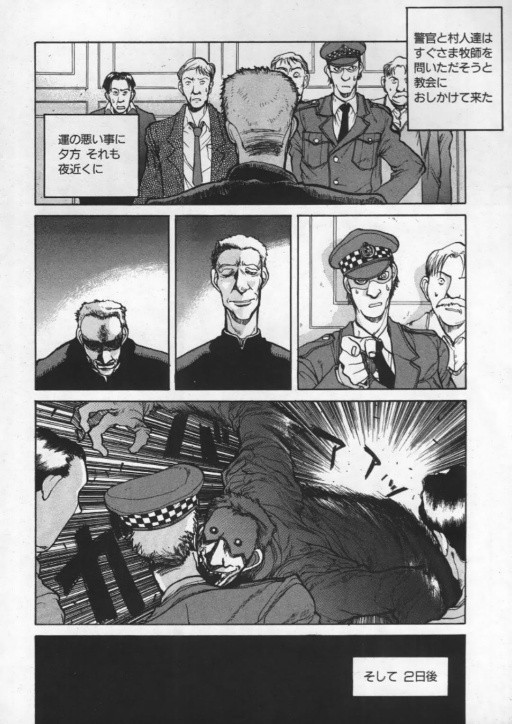 Two days later, Integra Hellsing, the leader of the Hellsing Organization, arrives at the scene. Taking charge of the situation, she ensures everyone that the Organizations best Vampire exterminator, Alucard, is on the case. 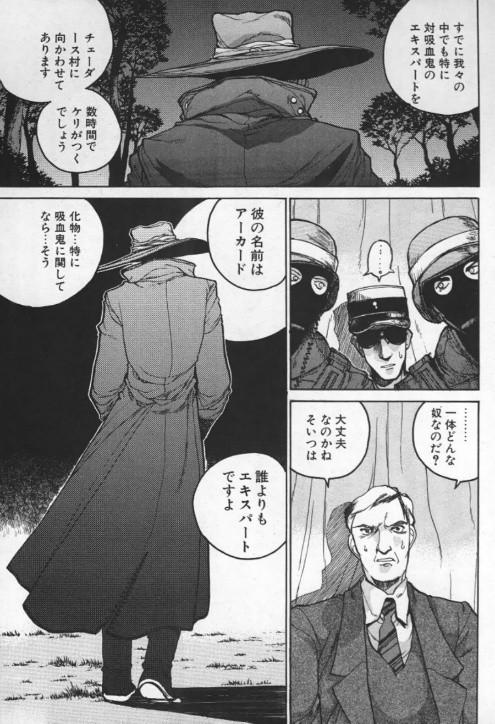 Alucard arrives on the scene, where a Police girl, Seras Victoria, is trying desperately to free herself from the clutches of the Vampire Priest. 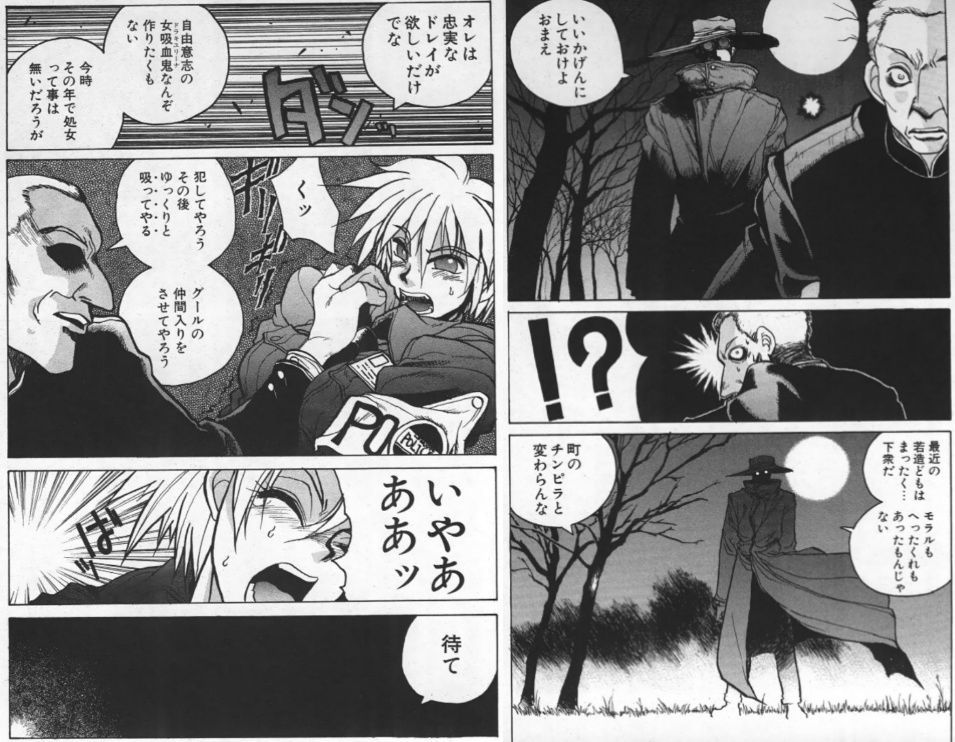 After exchanging a few words, on the Priest’s orders, his Ghouls fill Alucard with bullets, as he falls to the ground. 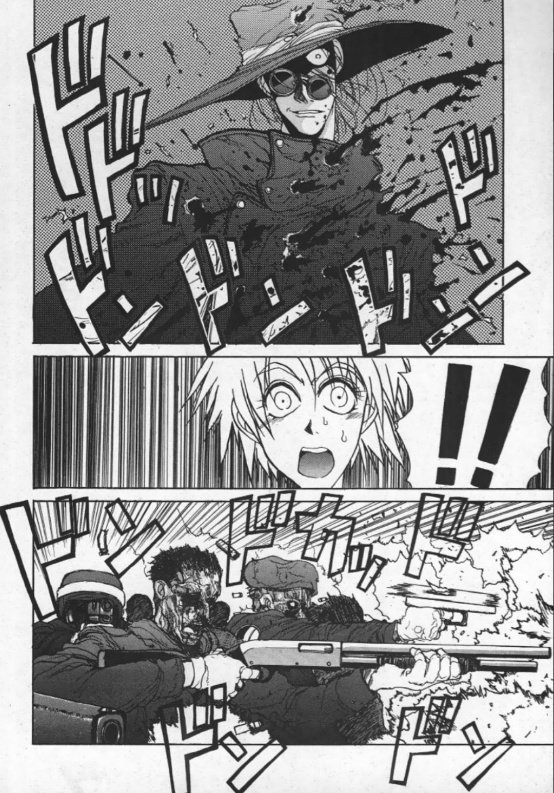 Alucard starts laughing as his body turns into a black mist which restores itself to its original form. Alucard then explains to the Priest, that a normal bullet can never kill a Vampire. 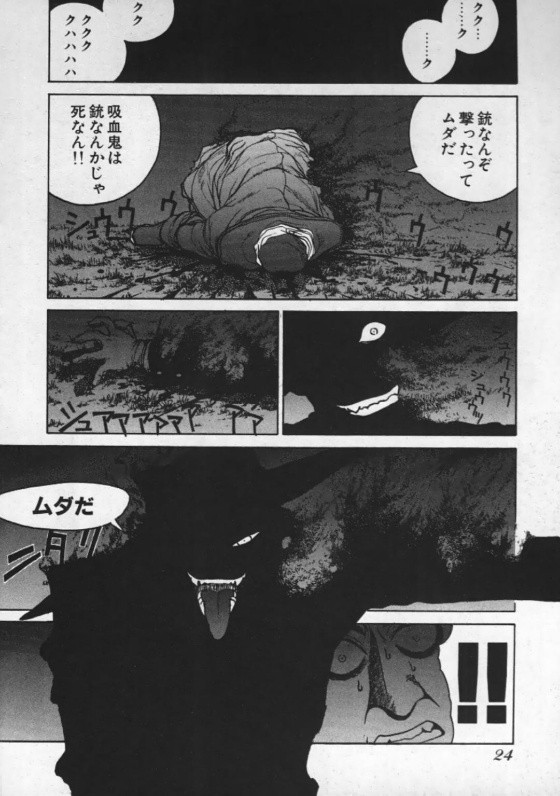 From under his red coat, Alucard takes out a special gun containing 13mm explosive steel rounds, alloyed with silver melted from a lanchester cathedral cross, the only type of bullet that can kill vampires and ghouls, and proceeds to exterminate every last one of the Ghouls. 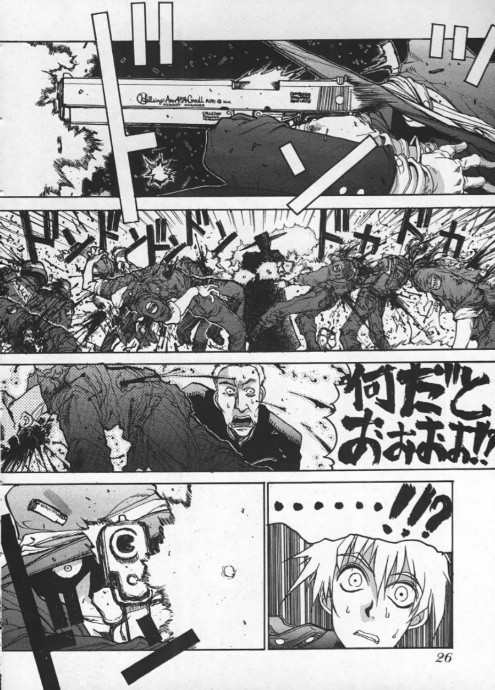 Being the only one left, the priest gets scared and in an attempt to save himself, he grabs Seras, threatening to kill her. 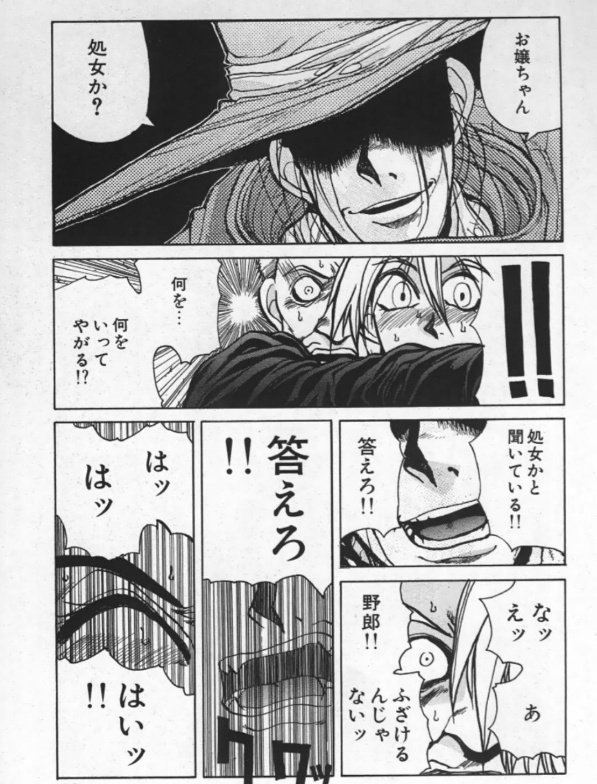 Confirming that Seras is a virgin, without hesitation, Alucard shoots a bullet right through her and into the priests chest, before stabbing him in the heart and killing him. 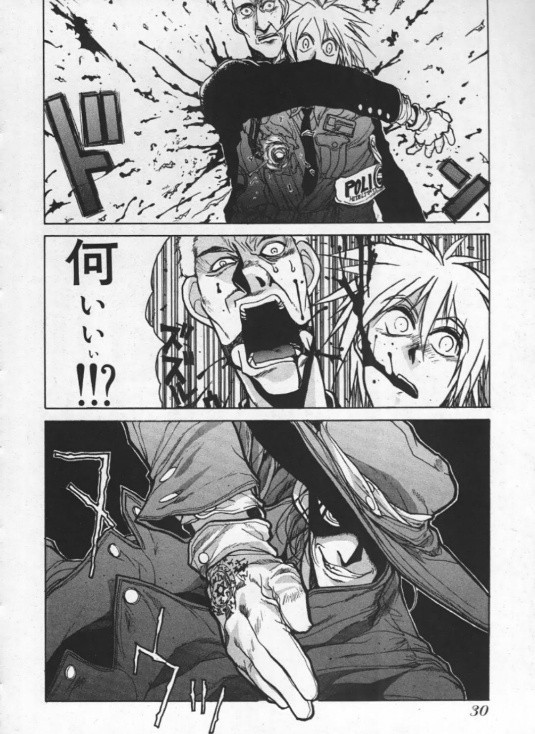 With Seras laying on the ground with a whole in her chest, on her last breaths, Alucard gives her a choice to either die or to become a vampire. 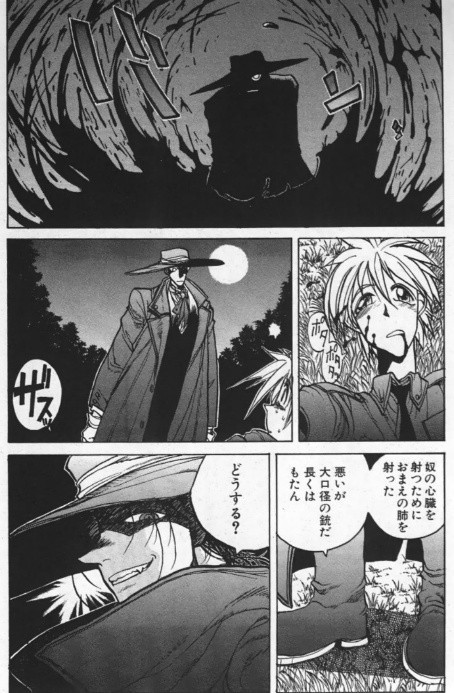 What more stories are going to unfold for Alucard and Seras?
Hellsing
▸
Hellsing, Hirano Kouta