What is BLACK CAT about?

Black Cat (stylized as BLACK CAT) is a manga series written and illustrated by Yabuki Kentaro. It was released and serialized by Shueisha in their Weekly Shonen Jump magazine from July 2000 to June 2004, with a total of 20 complete volumes. Due to its popularity, BLACK CAT has sold over 12 million copies. In North America, several of the manga’s volumes had been featured in weekly top ten lists of best-selling manga.
In 2005, BLACK CAT was adapted into a 24-episode anime series by Studio Gonzo. The anime series was later licensed for English release in North America, Australia and the UK. The original manga and its anime counterpart had been praised by critics for its action sequences, unique artworks and character designs.
The story mostly centers around the protagonist Train Heartnet, who is a former member of an elite assassin group called the “Chronos Numbers”. At the beginning of BLACK CAT, Train was a carefree bounty-hunter living his days on the run. 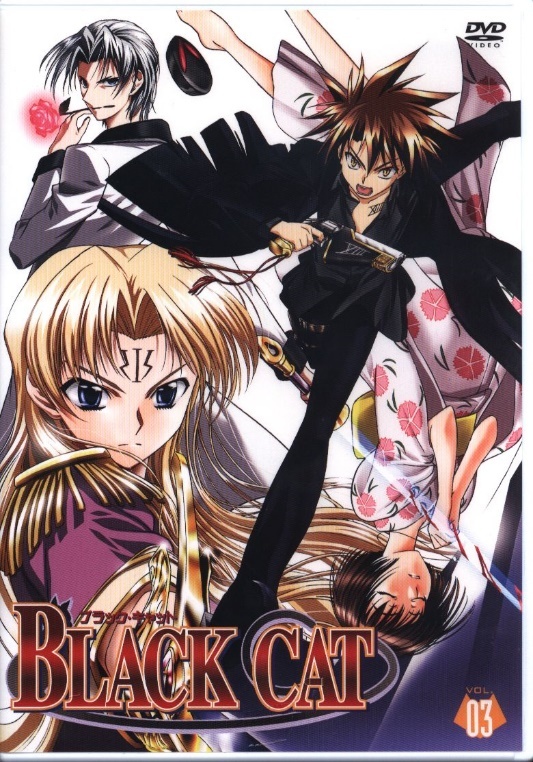 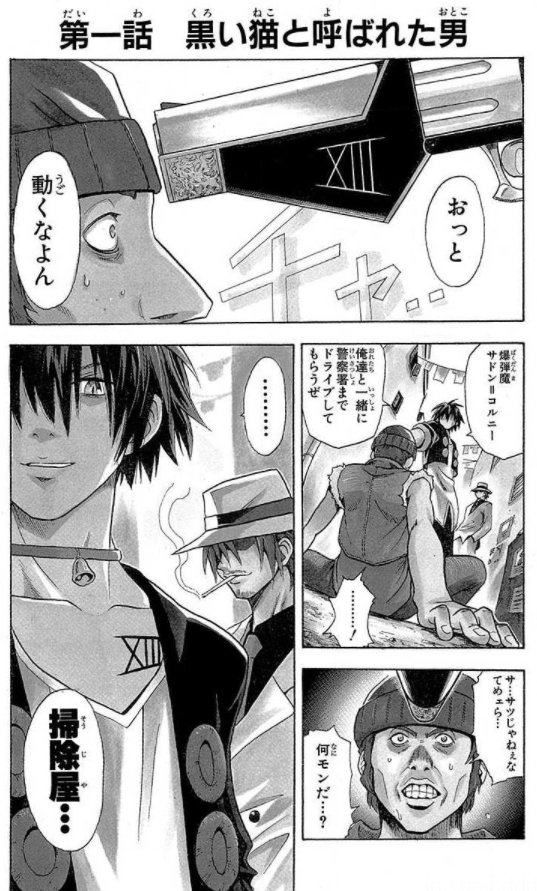 “Sweepers” – they were mercenaries who hunted outlaws for bounty, the stray cats who didn’t belong to any organization or government bodies. The main characters Train Heartnet and Sven Vollfied were indeed one of those sweepers.

They were having lunch at a peaceful local restaurant after turning in their catch of the day. Suddenly, a gang of dangerous men barged in, gunning down the guests without any warnings. Train and Sven were experienced enough to quickly get out of the bullet storms, but it wasn’t the case for everyone else. 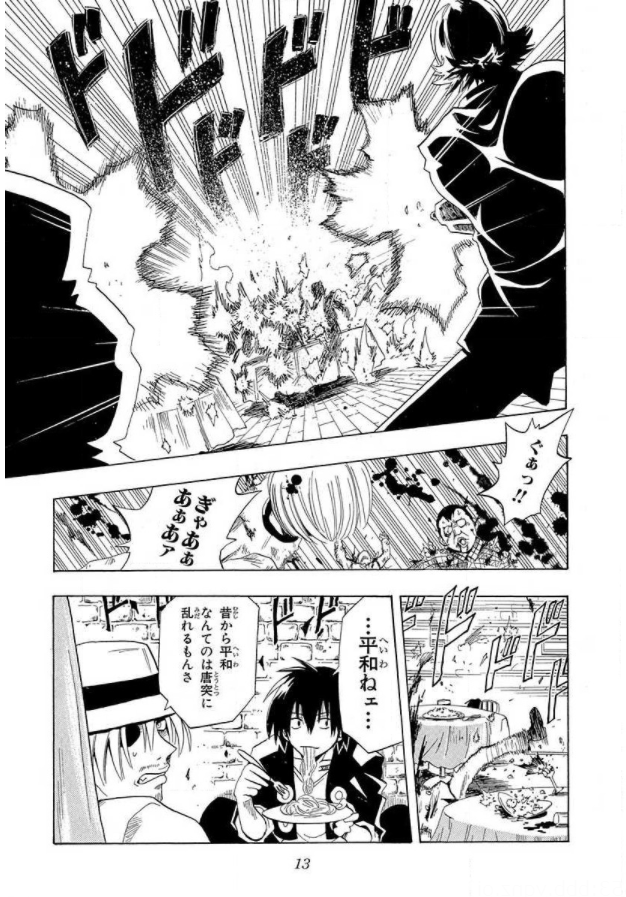 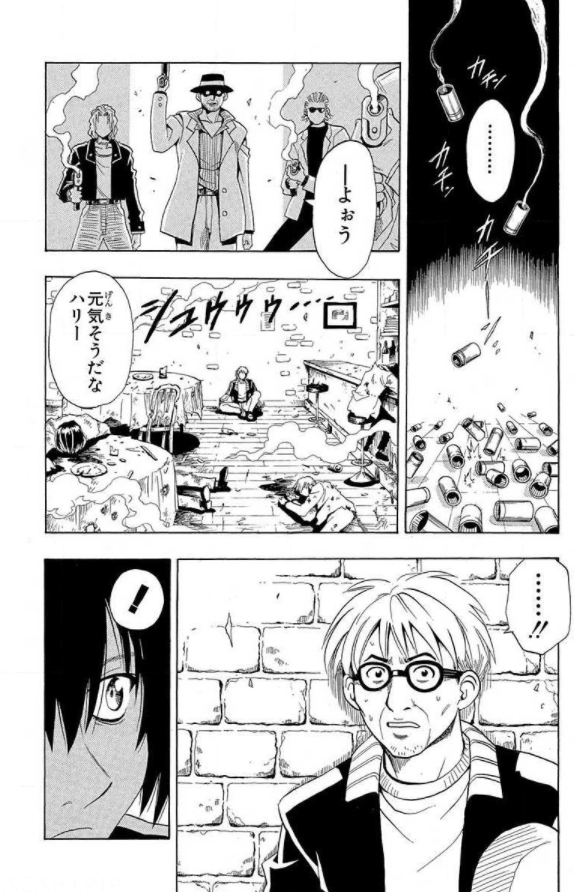 The gunmen stopped, leaving only one person alive. They came for Harry – a former member of their mafia family who had run away. Train immediately recognized Harry as one of the wanted man he had seen on the sweeper posters. The man was worth 20.000 dollars and Train wasn’t going to let such a delicious prey get caught by other people in front of him. 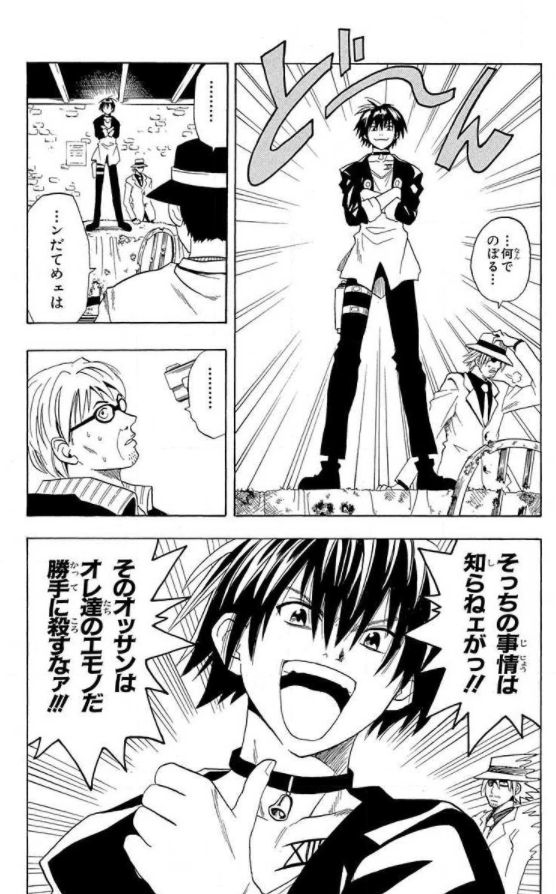 Just as the mafia was about to execute Harry, Train jumped onto a table and declared that Harry was his prey. Train created a smoke screen with the gadgets provided by Sven, and quickly got Harry out of the scene.

Thanks to their incredible speed, they got away from the mafia and took shelter in a local hotel. Harry thanked them for saving his life, not knowing he had just fallen into another hunter’s hand. 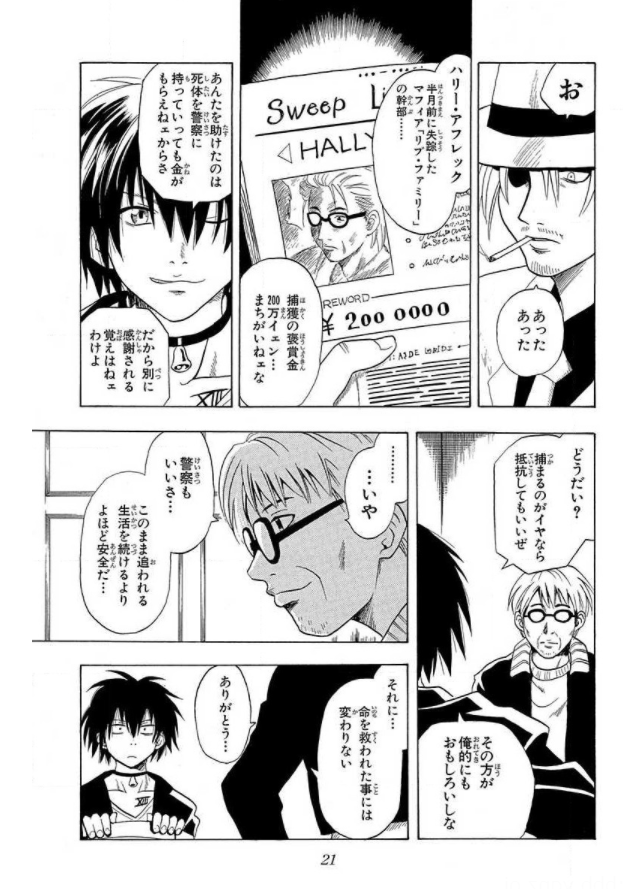 Train begun to break out the truth to Harry, that they would bring him to the police and threaten if he was to resist. Harry didn’t seem to be surprised by Train’s words. As a matter of fact, he was willing to be turned in, under one condition. Harry wanted to see his wife and daughter one more time before coming to the police. They were also the reason why he had left the mafia. 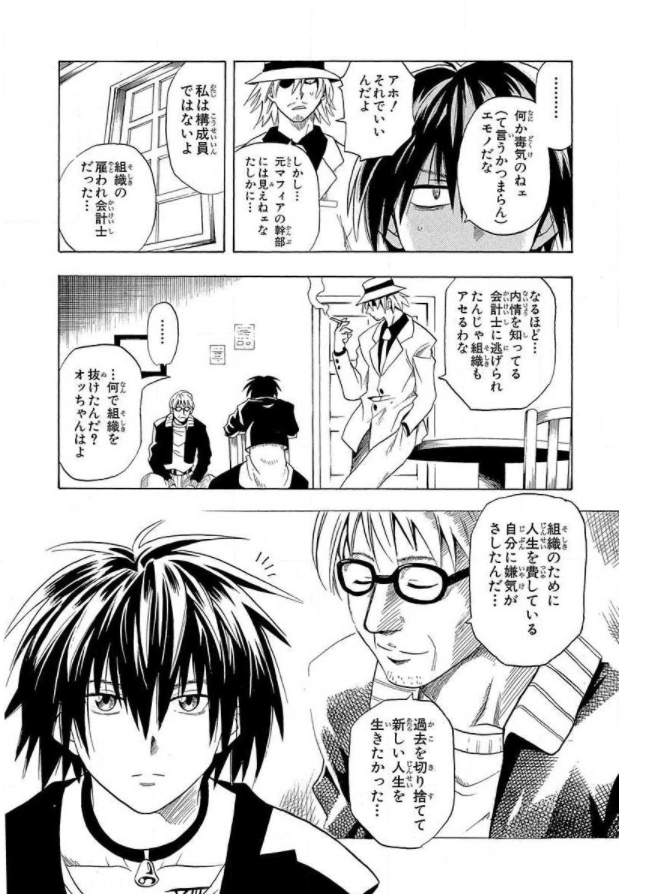 Something about what Harry had said touched Train. He agreed on the spot without even discussing with his partner Sven. Jokingly saying that he had always wanted to come to Rojana – Harry’s hometown, for their famous onion buns; Train convinced Sven to fulfill Harry’s request. 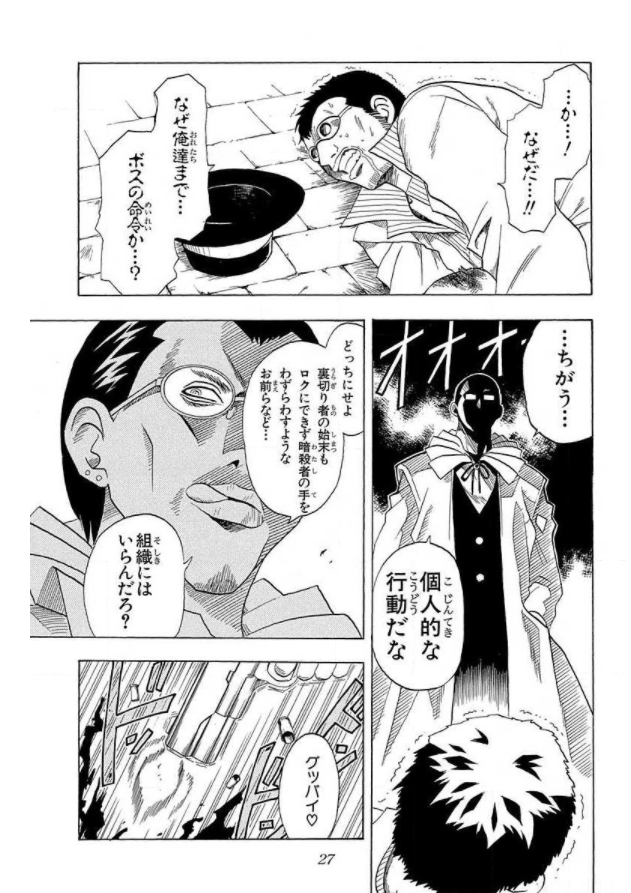 The mafia who let Harry get away met with a terrible fate because they failed to carry out their mission. An assassin had been assigned by the mafia family to get rid of Harry and anyone who helped him escape. 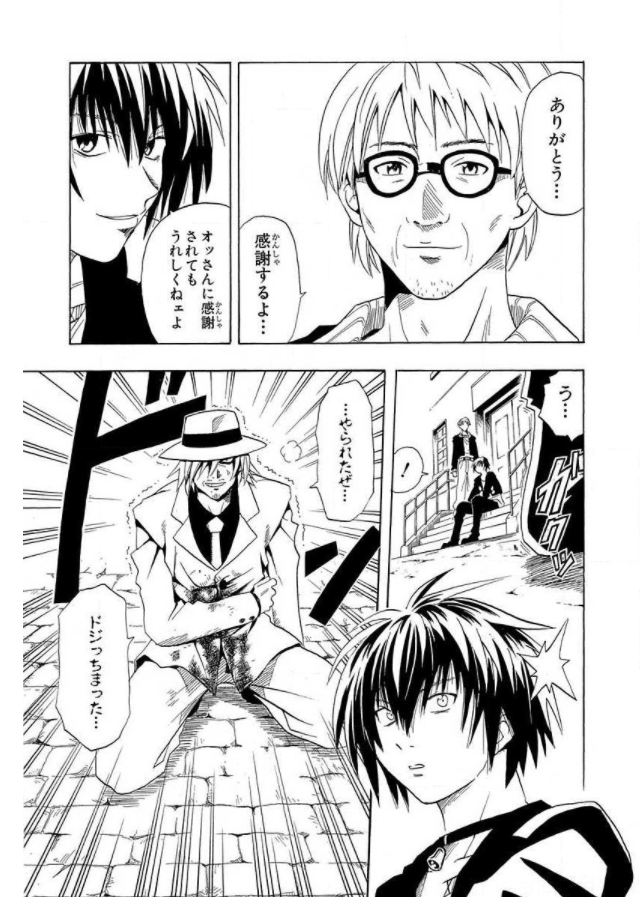 The next morning, Train and Harry were outside the hotel, waiting for Sven to get the car. When the two were chatting, Sven came back with a large wound on his stomach. He had been shot! 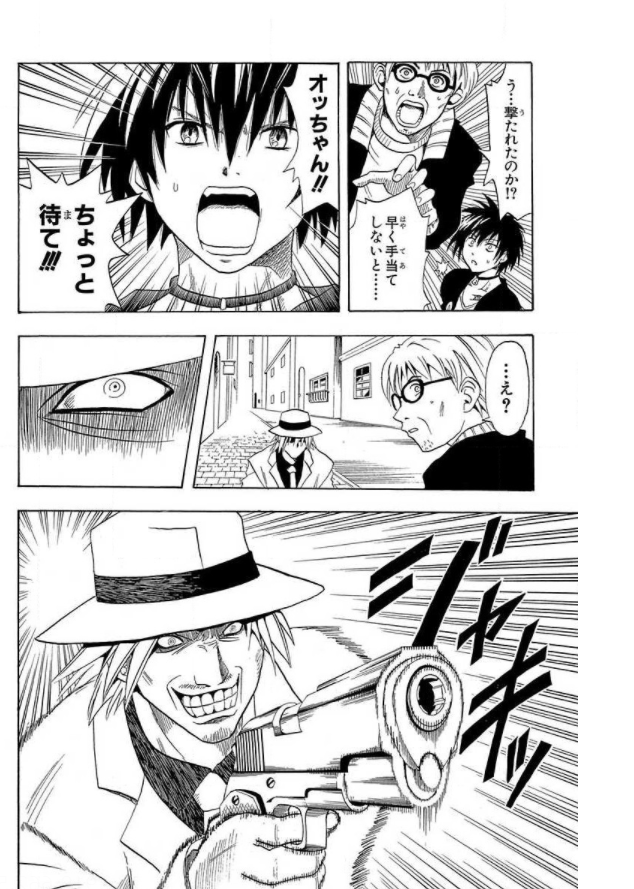 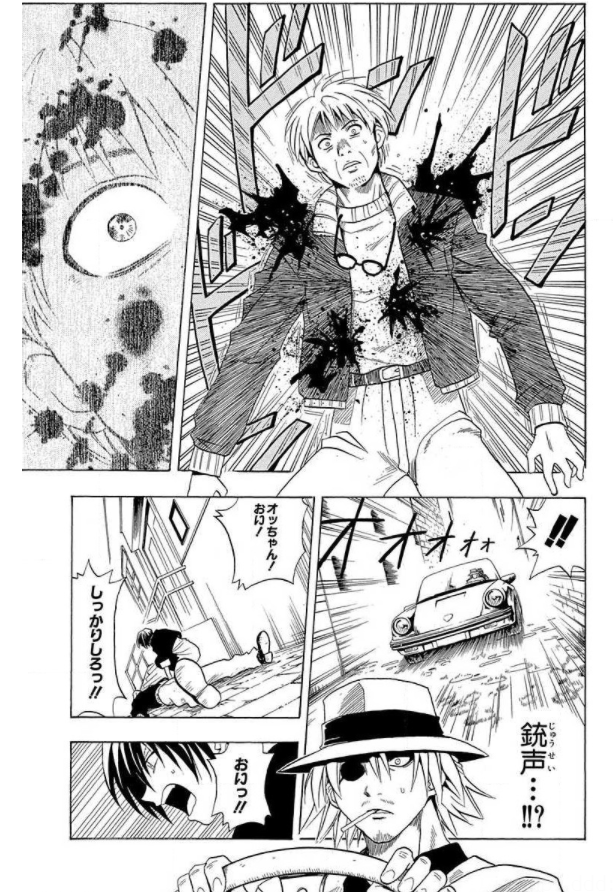 Harry came running to help Sven. Train told Harry to stop, but it was too late; Harry was shot by Sven’s impostor before he could hear Train’s warnings.
When the real Sven came back to the scene, it was too late. Harry died without being able to see his family one last time. Taunting Train before leaving the scene, the assassin disappeared right in front of his eye. 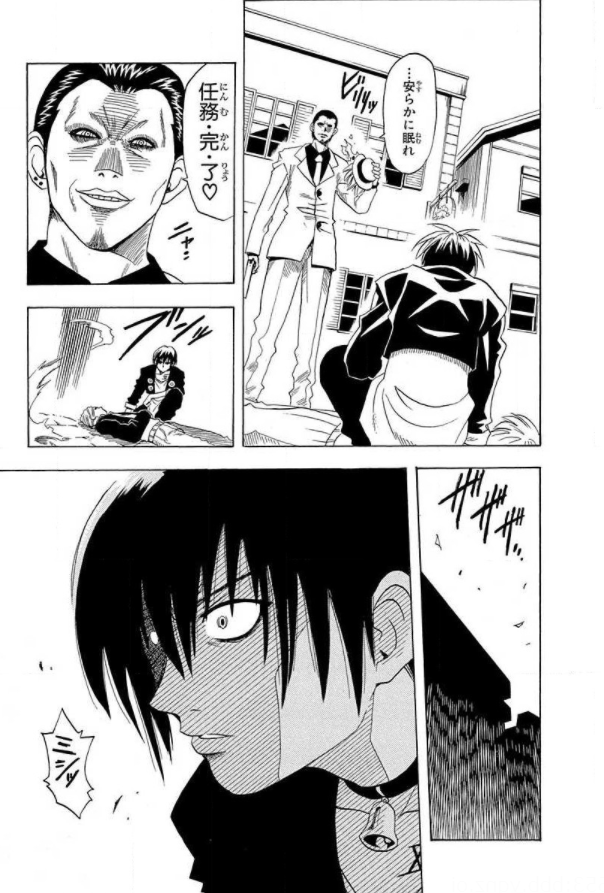 The assassin jumped onto the rooftop, ready to make his escape when he was stopped by Train. Even with his speed, he wasn’t able to get away from a mere sweeper. The assassin started to observed Train more carefully and something caught his eyes. On Train’s chest was a tattoo of “XIII” – a symbol for bad luck. 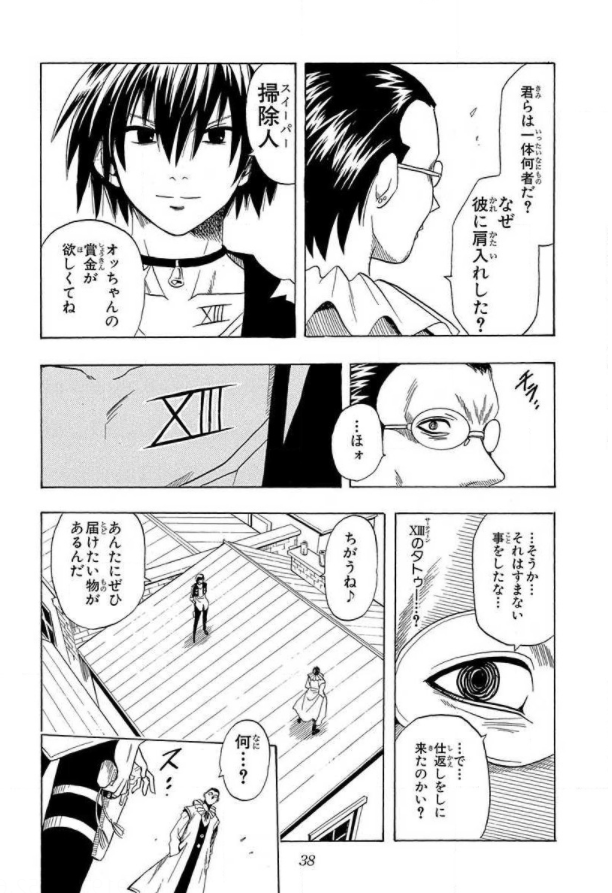 When Train pulled out his weapon, it was a pitch-black gun with the same “XIII” symbol carved on. The assassin’s suspicion had been confirmed. He wasn’t facing a normal sweeper, but a legendary assassin called “Black Cat”. The man who was called the personification of bad luck and his prized pistol that took the life of countless men.

However, the assassin wasn’t afraid of Train and his pistol, for he already knew that the real Black Cat died two years ago. The one before him surely had to be a fake. Overflown with confidence, he let out a barrage of bullets at Train. 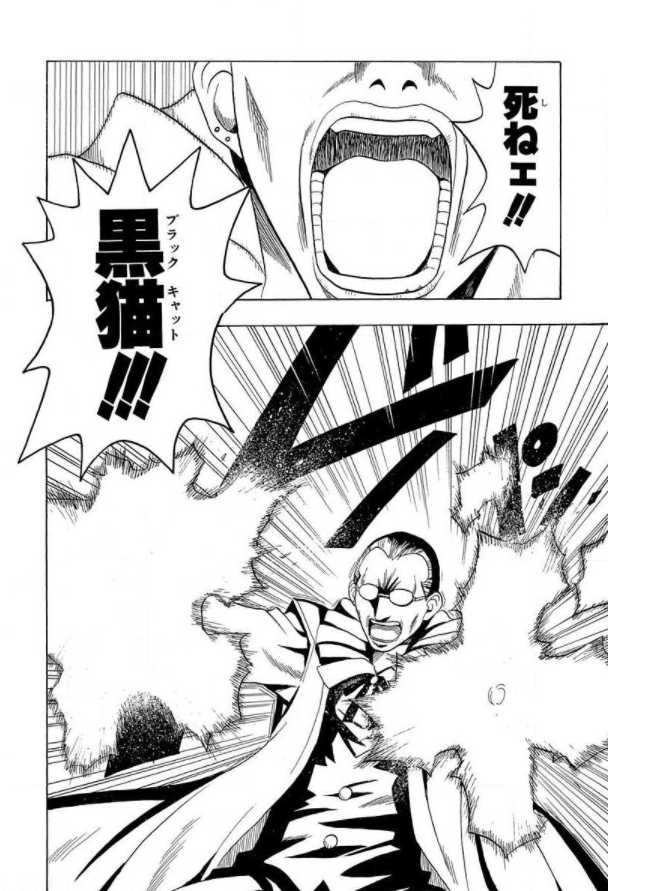 Instead of the sound of metal piercing flesh on the other end, it sounded like the bullets were stopped by something hard. That something was the indestructible pistol that Train was holding. Every bullet that came his way was deflected by a swing of his pistol. 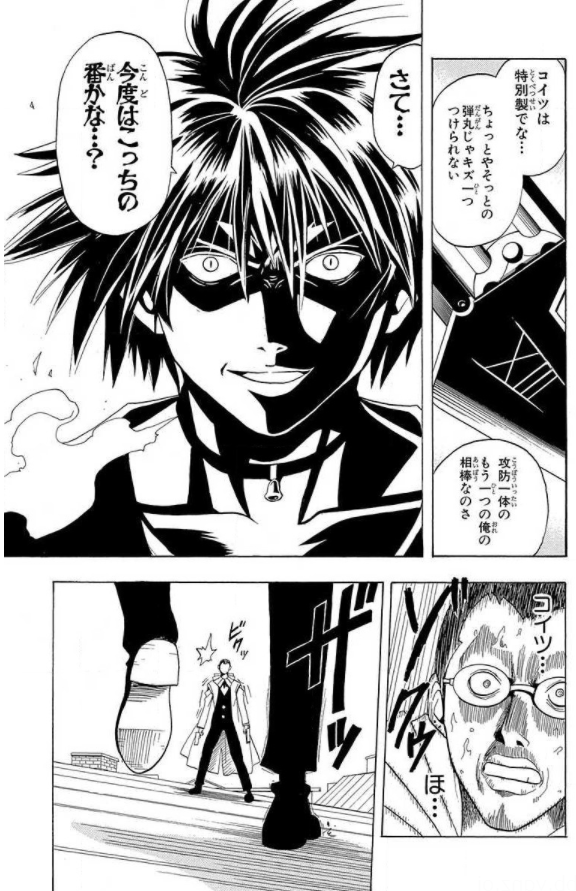 It was time for the legendary Black Cat to strike back! 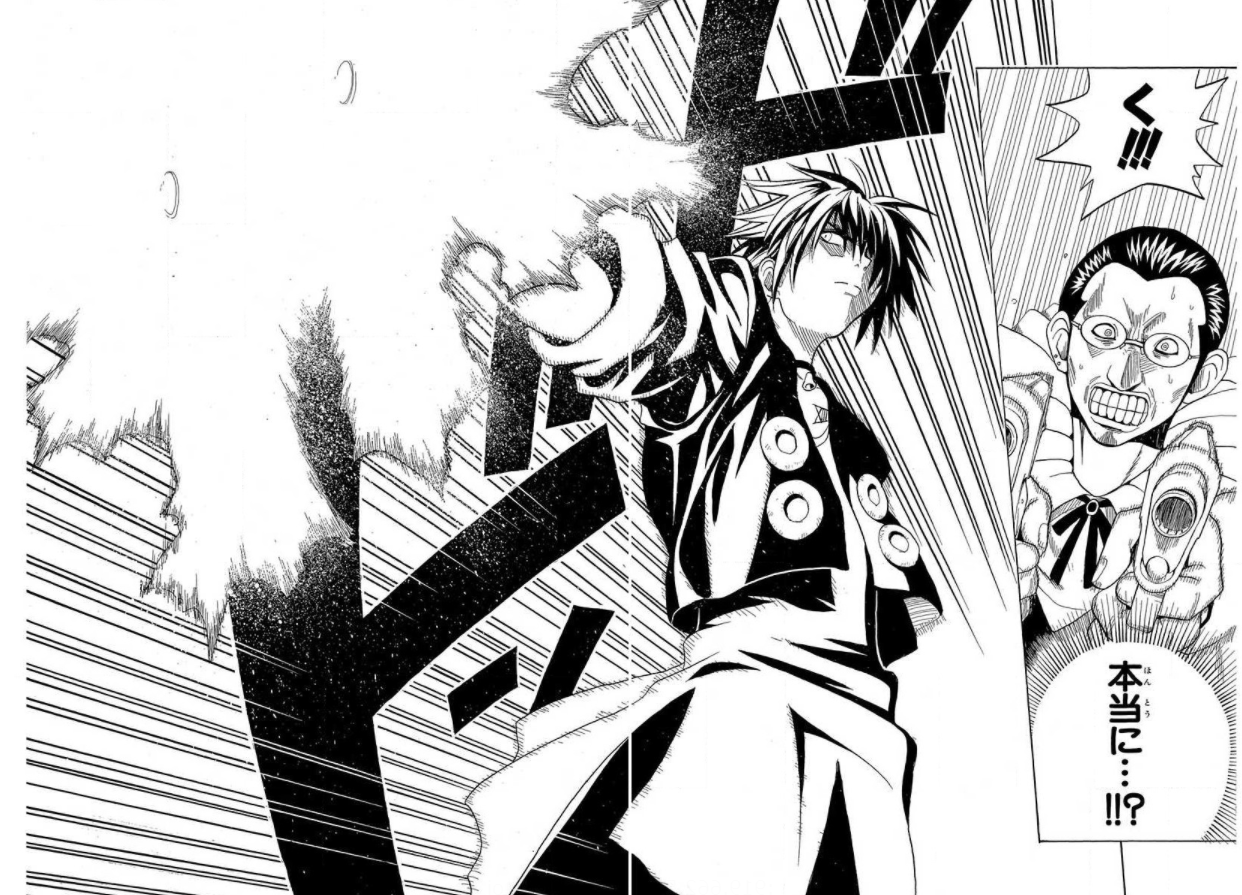 The assassin raised his pistols to shoot at Train but before he even had the chance to pull the triggers, Train had counter-attacked. Two bullets were simultaneously shot straight into the barrels of the assassin’s guns, destroying them both in an instance.

From the air, Train pounced onto the assassin and put the gun to his head. The legendary Black Cat had indeed “died” two years ago, but now it had become a stray cat who clean up the streets. He finished off the assassin with a bullet straight to the head without any mercy. 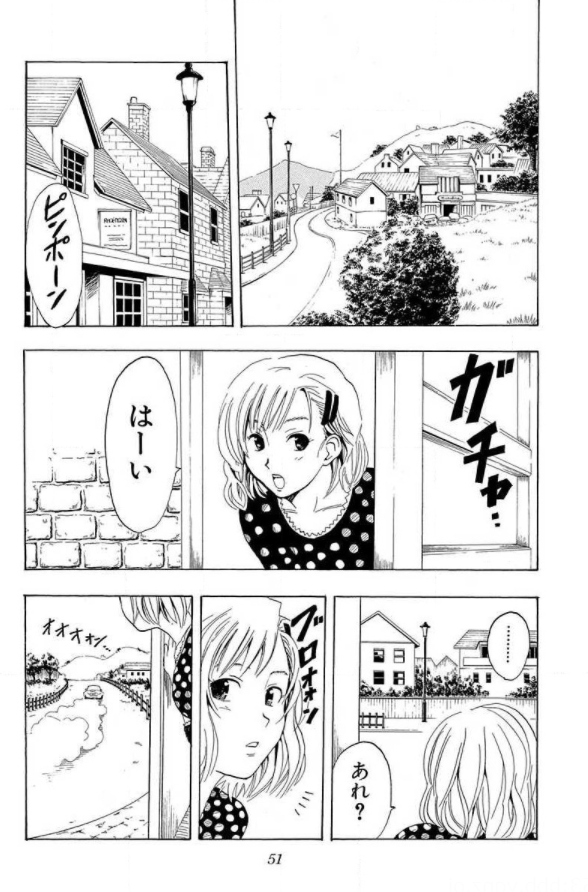 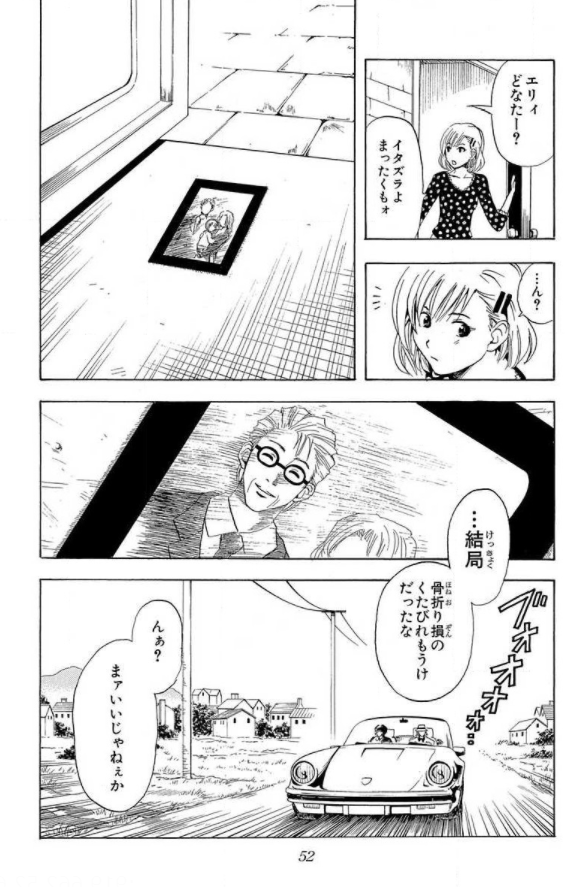 Train and Sven later fulfilled Harry’s final wish and returned the family picture he had been holding so dearly back to his family. Train and Sven didn’t make any money from this venture, but at least they finally got to try Rojana’ famous onion buns. 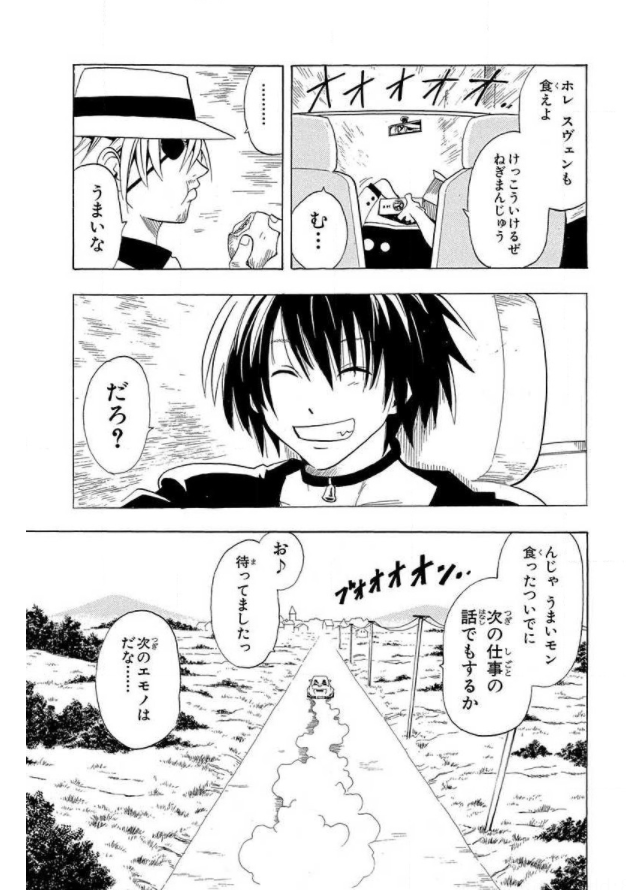 The sweepers were back on the streets once again, off to their next destination where plenty of bounties await!
Yabuki Kentaro, Black Cat