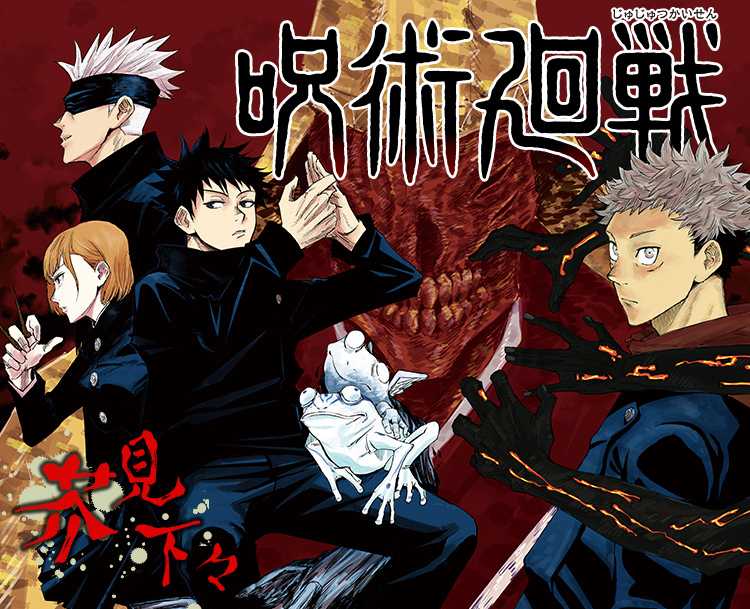 Congrats! Will Be Animated! This is the latest volume of a now-hot dark fantasy action title, currently being serialized in Shonen Jump!
The main character, Itadori Yuuji, is a normal high school boy except that he has innate talent for the sports.
He was just having normal days, once joining the Occult Club just because it sounded interesting even though he never believed the spiritual things, or visiting his grandfather who was in the hospital every day.
But the thing started to change on the day when his grandfather passed away.
Before his grandfather died, he instilled two powerful messages within Yuuji: “always help people, die surrounded by a crowd.” 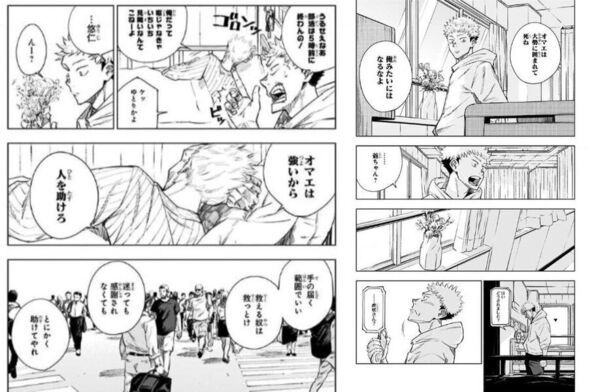 Meanwhile, the members of the Occult Club were investigating the cursed tool, which was like a rotting finger, sealed by the cloth. 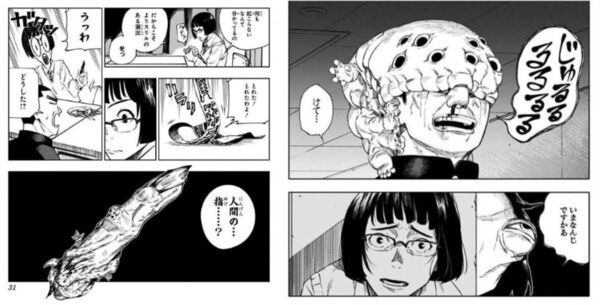 It was the finger of Ryomen Sukuna, who used to be called the “King of Curses.” The finger was so powerful that all the spirits around it started attacking the members of the Occult Club. 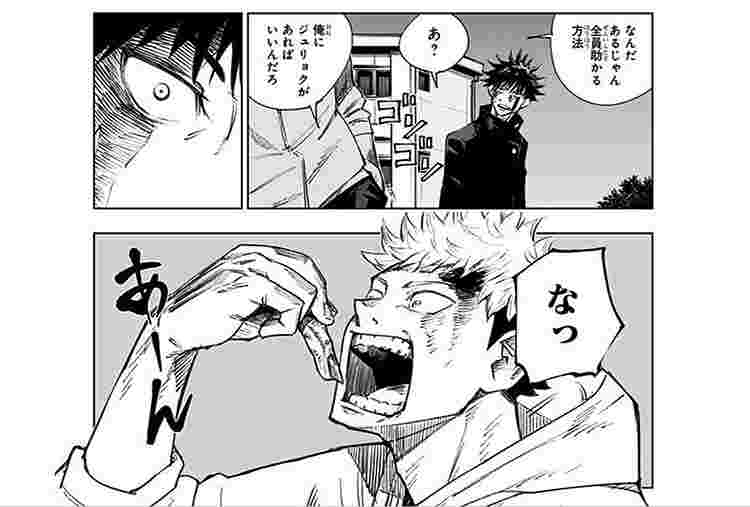 On the way back to home from the hospital, he was informed of the fact by Fushiguro Megumi, who was a sorcerer. While he was trying to save the members of the Occult Club, he almost got killed by the spirits, attacking them. To fight against the spirits, they needed Juryoku. Then Yuuji swallowed the finger of Ryomen Sukuna, full of spiritual power, to save everybody. 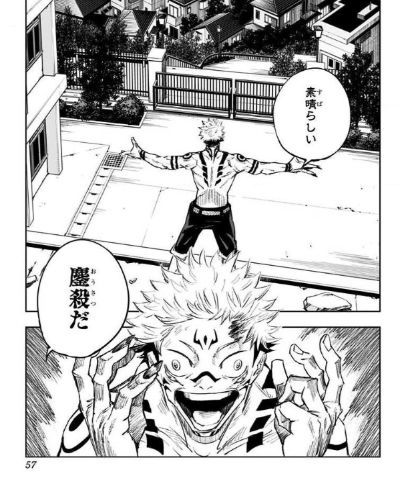 As a result, Ryomen Sukuna was revived in Yuuji’s body. He did it just to save the members of the Occult Club, but actually, Ryomen Sukuna had to be kept sealed because no sorcerers had been able to defeat it. It was thought to be a legendary creature. That is why the sorcerers detained Yuuji and told him that he would get a secret death penalty after they have solved the incident. 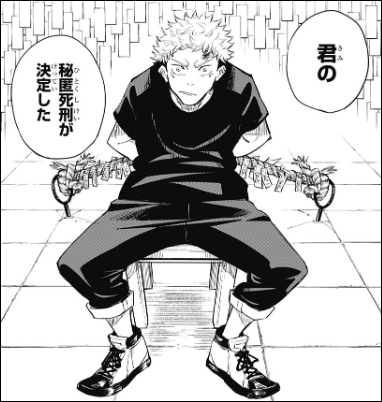 However, someone didn’t accept that judgement.
That’s the teacher of the sorcerer school, Gojou Satoru. He suggested to the executives that Yuuji should be in charge of retrieving 19 more fingers that were on the rest of the four arms. Yuuji was the first person, who swallowed Ryomen Sukuna’s finger but wasn’t possessed by it. Satoru thought that they should take advantage of his ability.

That suggestion meant a probation to Gojou Satoru.
I will die anyhow, then I want to do something meaningful, Yuuji thought and decided to go retrieve the rest of the 19 fingers with the weapon, which is Ryomen Sukuna’s power inside of his body……!

It was a suuuu~~~per quick outline but this title has been so hot now among all the serialized series in Shonen Jump! It’s a little dark school fantasy! I’ve just started reading it from Vol.1 but especially the action scenes were drawn speedily and so interesting! It will also be made into Anime so you should check it out!
Manga Set
Jujutsu Kaisen
open manga-republic.com
Jujutsu Kaisen
open manga-republic.com 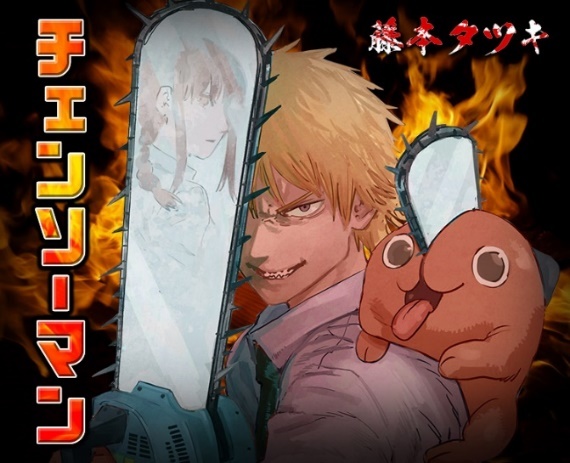 This title is currently being serialized in Shonen Jump too! This is a now-hot new title, which was got various manga awards in 2019!!
The story is set in the modern world but…… it’s the world where Devils exist with humans too.
The main character, Denji, was spending everyday life with his dog, Pochita, doing the devil hunter, while paying back his deceased father’s debt.

While paying back oceans of debts, Denji and Pochita were eating just a slice of bread every day. Pochita is also a devil, who was saved by Denji when he was dying. Since then, they have become good partners to defeat the devils, living in the old cabin. His dream is to pay off all the debt and start living normally and die normally. 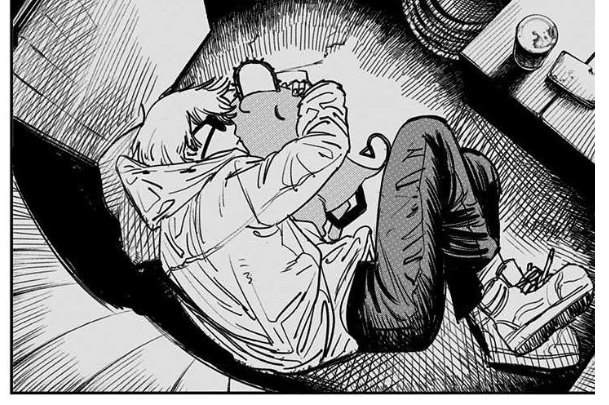 But they were killed by loan sharks (yakuza: their employer), who ended up betraying them.
The loan sharks started feeling jealous about Denji and Pochita’s ability as devil hunters and tried to make a contract with the devils too. As a result, devils deceived the loan sharks and did a revenge on Denji and Pochita, who killed many devils.
The dead bodies of the two were dumped in the trashcan untidily. 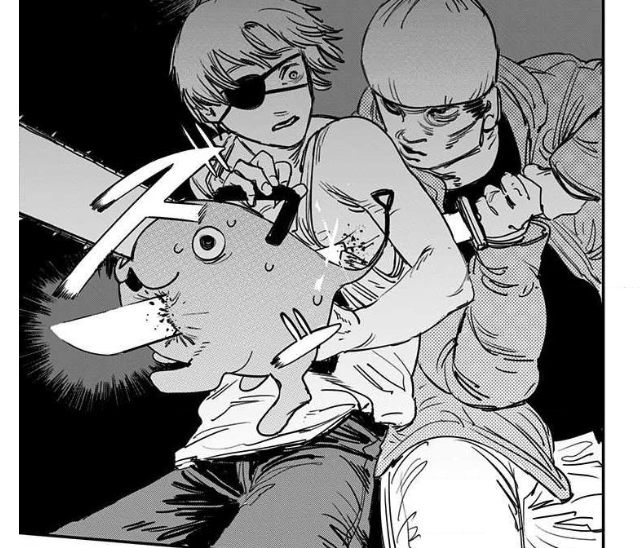 After that, Pochita had a little consciousness.
And he recalled days when he had spent with Denji, time when they talked about their dreams, yearning for the bright future…… Denji even said to Pochita that he would like to give away his body to Pochita if Denji dies first and if Pochita is able to take his body as a devil, Denji wants Pochita to go to a further place, live and die peacefully.

In the trashcan, Pochita got closer to fell-apart Denji’s body. Then he got all Denji’s body parts back to normal and took over his life, replacing his torn up hearts. 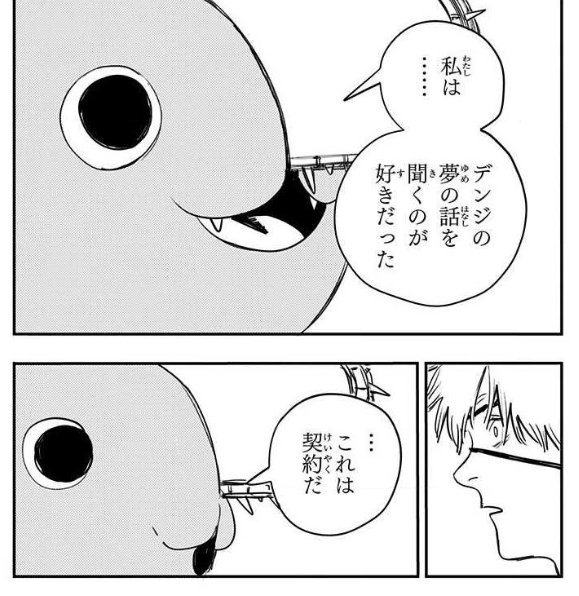 Pochita, usually saying only “Bow-wow!” said,
“I loved listening to your dream story, Denji. This is our contract. I’ll give away my heart so ‘show me’ your dream.”

Then Denji got revived as a chainsaw devil. He completed the revenge on loan sharks, who induced to kill him and all the devils, by killing. 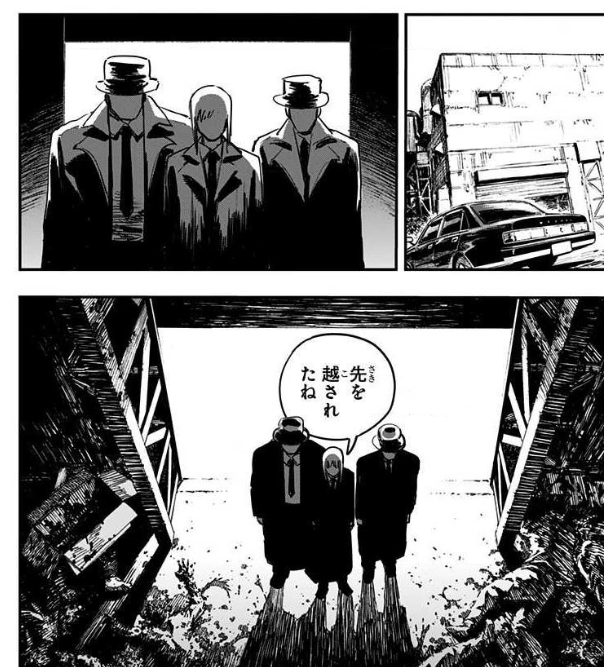 After the revenge, primary devil hunters showed up. One of the woman members asked Denji. “We will kill you if you are a devil, but we’ll hire you as a devil hunter if you are a human. Of course, we’ll feed you too. Well, what’s your answer?”

Denji asked her. “Feed me, huh…… what’s the breakfast menu?” She said, “You can have a bread with jam and butter, salad, coffee and dessert.”
Denji thought it was exactly the breakfast that Denji and Pochita had dreamed of…… too normal and peaceful.

The dangers in my heart.
僕の心のヤバイやつ (Boku no Kokoro no Yabai Yatsu)
Vol.3 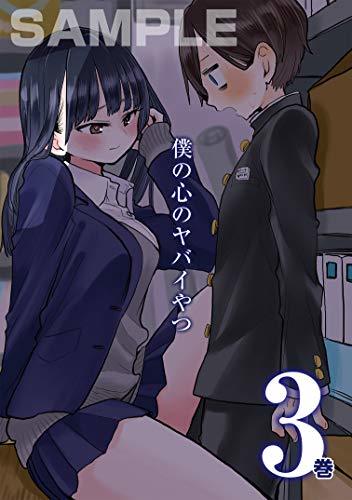 This is the title which was awarded as【Kono Manga ga Sugoi!】! Its latest volume is now coming out!
Ichikawa Kyoutarou, a model, had a hobby which he could never tell anybody. It was to daydream murdering his classmate, Yamada Anna, who was popular in class. 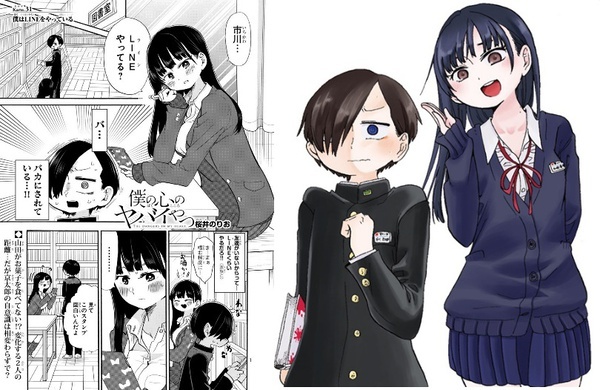 Of course, he never had confidence doing such a thing in real life. But Kyoutarou, who was introvert and had not friends, felt jealous and envied about Anna, who was sociable and popular. But due to one incident, Anna realized Kyoutarou’s existence who never treated her differently. Kyoutarou, too, realized that Anna wasn’t arrogant like he had imagined, instead, she was a friendly and normal girl. 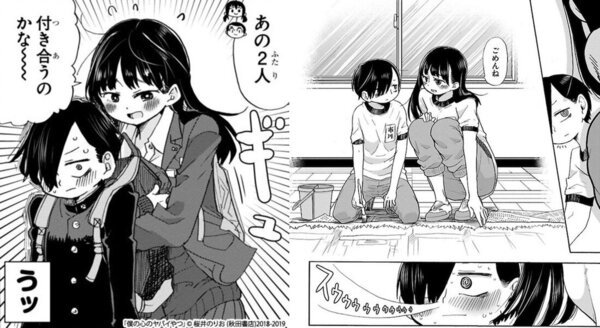 This is an interesting and exciting youth school manga about a boy, having a communicative disorder, and a cheerful and active girl! For more details, check out this article!
【Kono Manga ga Sugoi!】This Physical Manga Is Amazing! The One in 2020 Has Been Announced! We, Manga Republic, Picked-out THESE TWO! 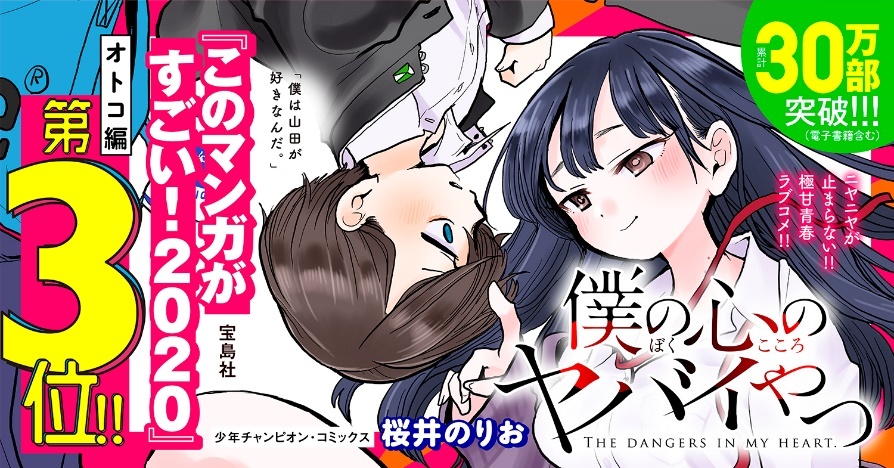 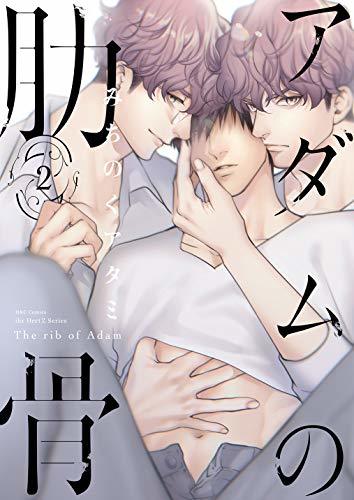 This is a now-hot BL manga in Japan!
The main character, Hirose Yuuma, was doing a part-time job at the theme park as a mascot costume.
One day, he happened to see a child being kidnapped in front of him.

The boy janitor said he also lived in the employee dorm in the theme park, just like Yuuma did.
Yuuma, who wanted to say thank you to him, couldn’t do that since he had to do a questioning with a police. He regretted because he couldn’t even ask his name. But……
Surprisingly! The boy janitor happened to move in to a Yuuma’s room as his roommate.
They were happy that they could finally see each other but next day…… Yuuma found out a “secret” that the boy had. 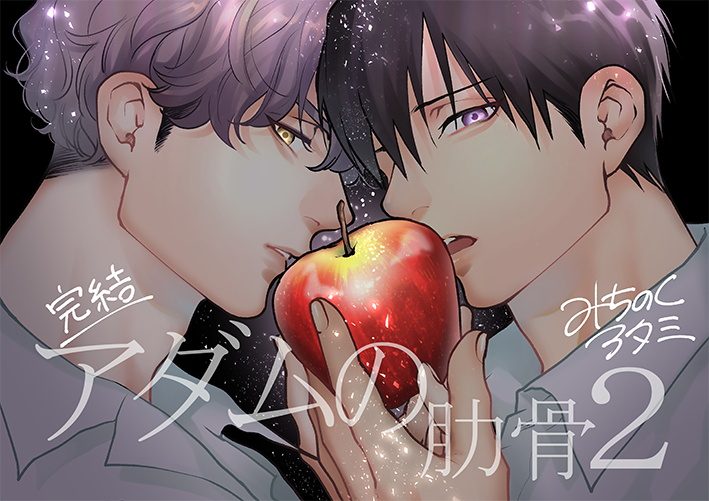 By the way, does the title, Adam’s ribs, have any special meanings?

Well…… I have no idea but I’ve heard that Eve was born from Adam’s ribs, right?

Oh well…… it seems to have a deep meaning, huh…… The Comics complete with volume 2 so you can read them easily too!
Adam no Rokkotsu
open manga-republic.com 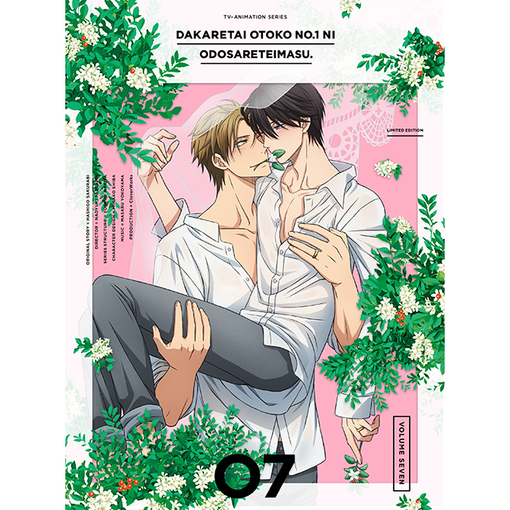 This is the latest volume of such a popular BL manga which was made into Anime in 2018 in Japan!
Saijyou Takato has been a professional actor for 20 years, who was chosen to be the “sexiest man” of the year for five years in a row. But one day, a newbie actor, Azumaya Junta took the seat!

Later on, these two played the roles in the same drama. Takato, who thought Junta was his rival, started thinking that Junta was actually a good boy…… However, Takato, who was drunk heavily, stayed overnight at Junta’s house. Next day when Takato woke up, he found out that he was videotaped such an embarrassing look! 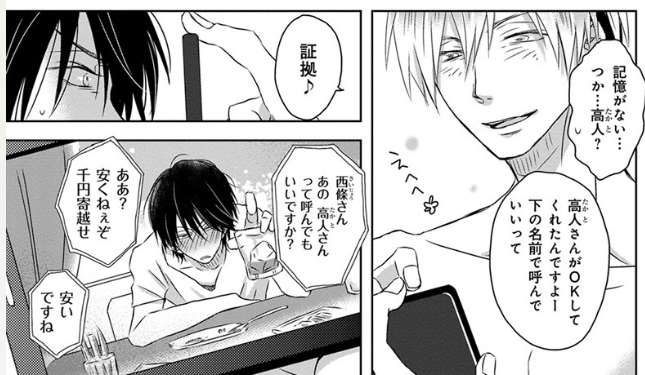 If this tape was shown in public, I won’t be able to work as an actor anymore……! Seeing him, Junta suggested something to Takato……?

Since it was made into Anime in 2018, you can enjoy Dakaretai Otoko 1-i ni Odosarete Imasu. both by manga and anime!! By the way, the play that they acted in manga was actually shown in public in media too! It’s something new, huh~~?? 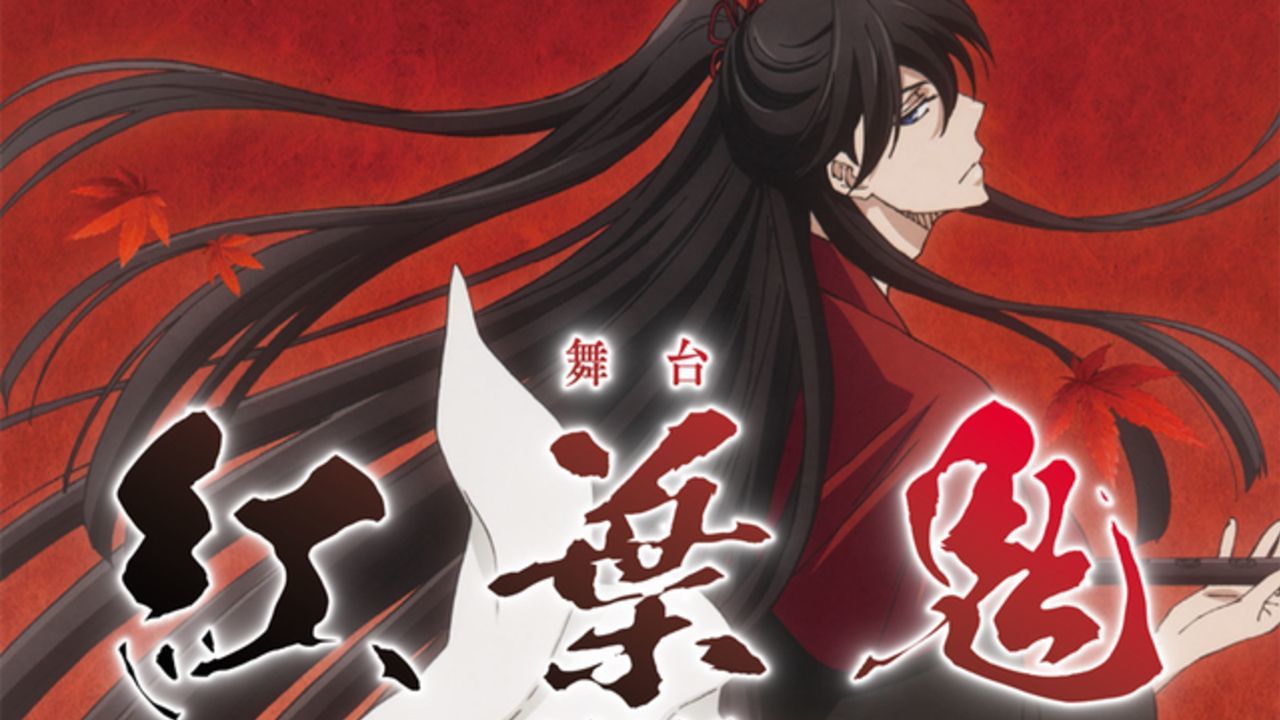 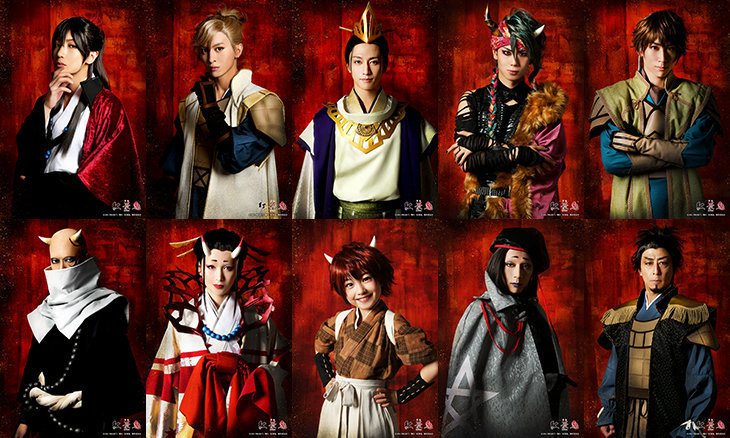 The titles releasing at the beginning of June! Go check them out!
Already now! We’ll see you all at the next article! Bye-bye~!!
Jujutsu Kaisen, Chainsaw Man, Adam no Rokkotsu, Dakaretai Otoko 1-i ni Odosarete Imasu., The dangers in my heart. (Boku no Kokoro no Yabai Yatsu)