What is “Seitokai Yakuindomo”? 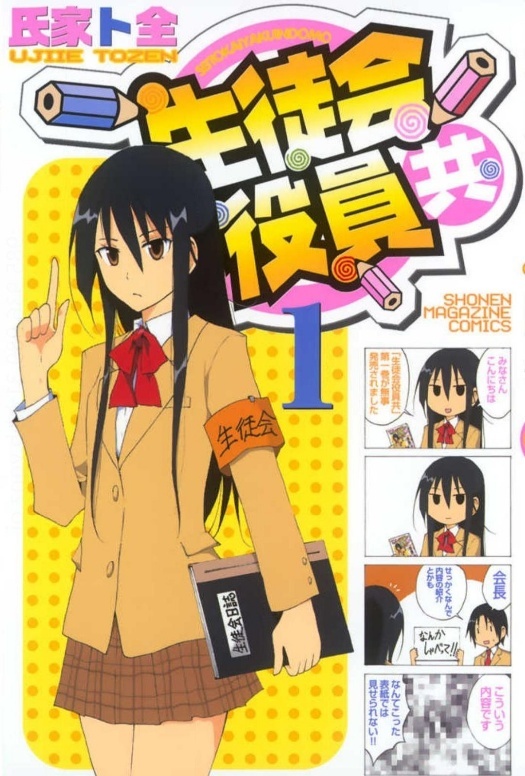 Seitokai Yakuindomo is a Japanese 4-koma manga series written and illustrated by Tozen Ujiie.
The series was serialized in Kodansha’s Magazine Special from May 2007 to June 2008, then was transferred to Kodansha’s Weekly Shounen Magazine from July 2008 to November 2021. It’s chapters are compiled and collected into 21 separate volumes. This manga is written in a 4-panel style.
It’s first anime television season was adapted by GoHands and released in 2010, consisting of 13 episodes. A second season aired in 2014, also of 13 episodes.
Seitokai Yakuindomo
▸

Private Ousai Academy used to be a prestigious all girls High School, but due to the declining birth rate in recent years, it became a co-ed school starting this year. The ratio is 524 female and 28 male students. 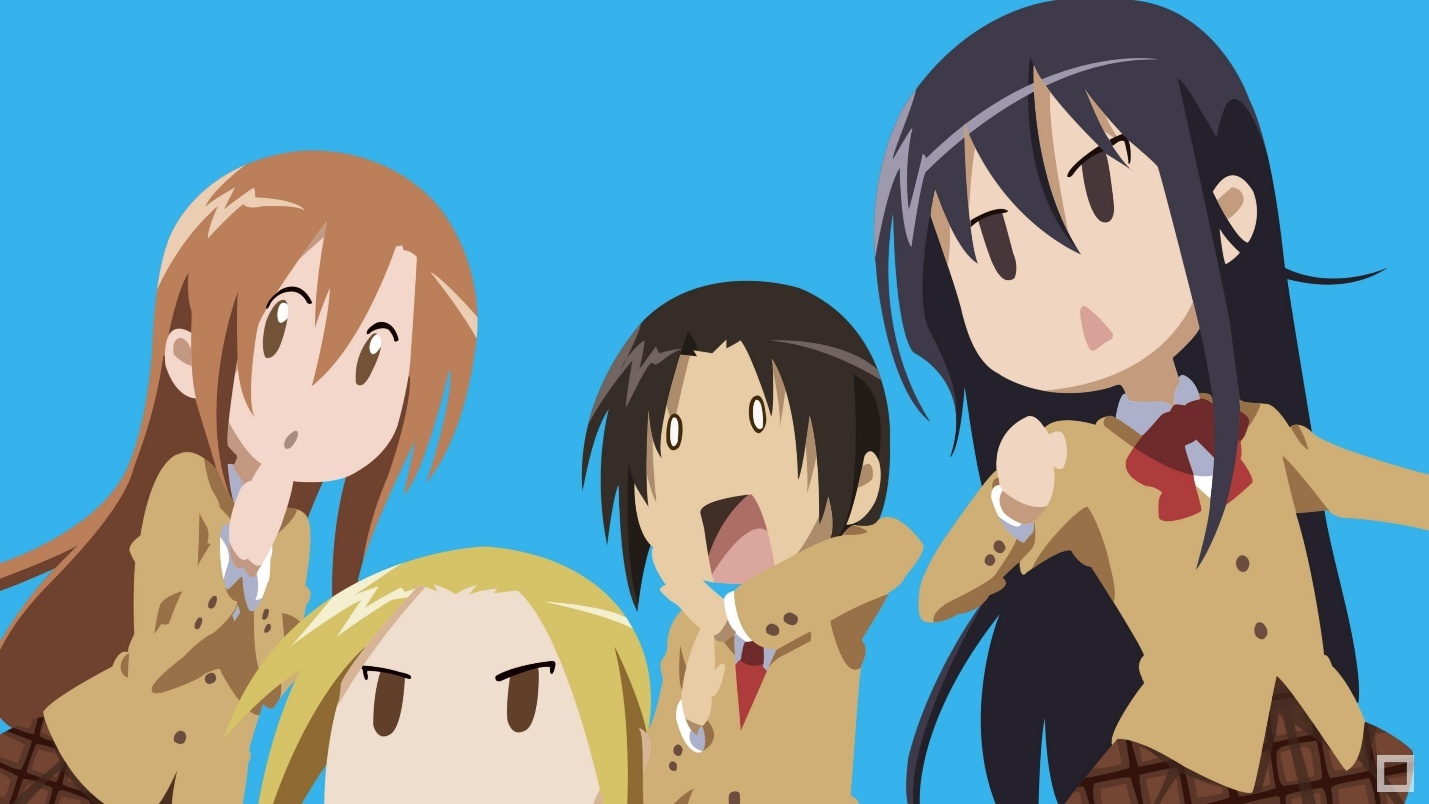 Tsuda Takatoshi is a freshmen at Ousai Academy. The only reason he joined this Academy is because it was closer to his house.
As he passes through the school gates, Amakusa Shono, the student council president, orders him to stop. She asks him weather he is a freshman, to which he affirms. She then begins to criticize the way he has dressed, telling him that his tie is loose and the way he wore his uniform is too sloppy.

Tsuda gets a little flustered when Amakusa herself comes over to fix his tie. She decides to punish him for his sloppy dressing and tightens the tie too much, choking him in the process.

As their conversation goes on, a small heighted girl overhears this and comes over, telling Tsuda that there is a meaning behind the student councils action and the people who think like him are small minded. Not paying attention to anything she said, Tsuda misunderstands her for a child. 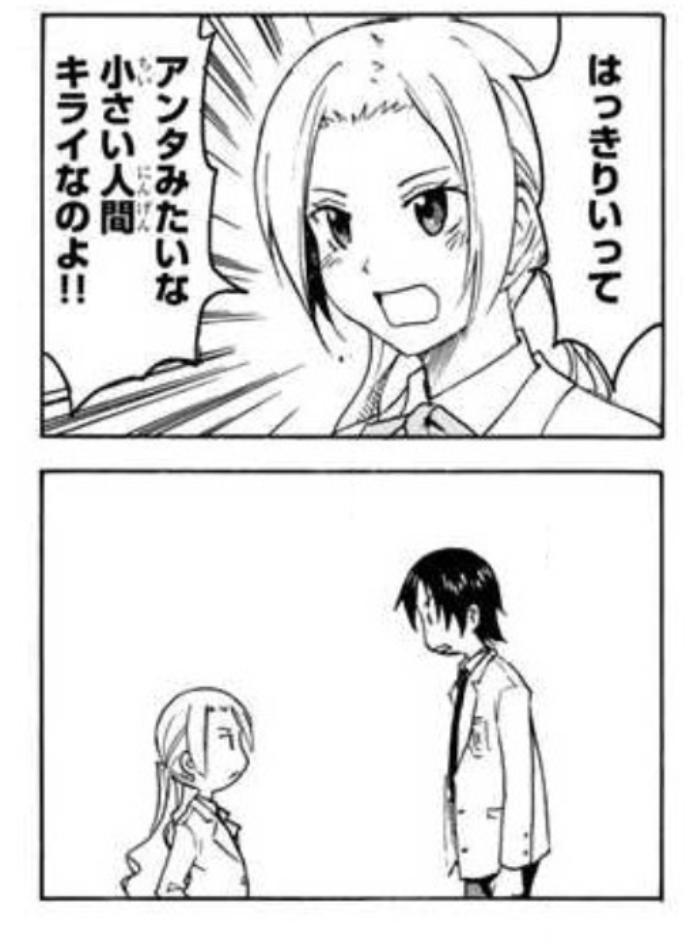 The small girl, enraged by his remark, tries to kick him, but her leg stops halfway. 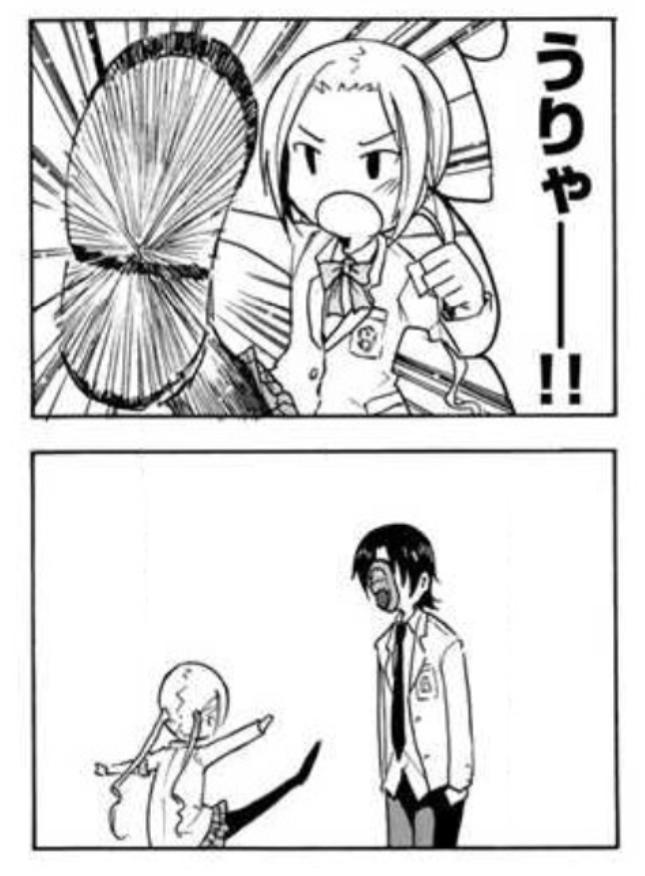 Then begins her lengthy self intro, where she boasts about her 180 IQ, English skills, and how she is working as the student councils treasurer, but it gets cut in half when Amakusa tells Tsuda about her sleeping routine, prompting him to call her a kid.

A third girl shows up, telling the other two to stop ganging up on Tsuda. Tsuda thanks her, but she responds by saying that she’s been watching and enjoying it from afar, which makes Tsuda reconsider his gratitude. She jokes with Tsuda that if he came to this Academy for the higher girls ratio, he’ll be disappointed because the girls here are solely interested in other girls.

The bell sounds, and Tsuda becomes concerned that he will be late for his first day. He blames the three females for this, so Amakusa apologises and offers him a spot on the student council, which he quickly declines.
As the chapter comes to an end, the three young girls Introduce themselves and without asking Tsuda, decide that he’ll be joining the student council as the vice president. 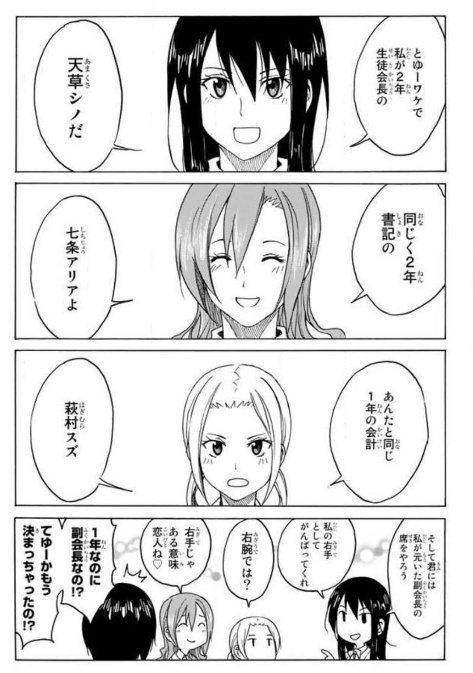 What awaits Tsuda, now that he has been forced into the student council? Will the three young women make his own Harem?
Seitokai Yakuindomo, Ujiie Tozen