Although there are many famous manga artists in Japan, there is a great artist who is called the father of Japanese manga - a legend. His name is......

He has released world famous manga like Black Jack and Ribbon no Kishi. He created over 700 manga titles during his life. He is certainly a legend!!

A space action manga where the characters of Tezuka manga got together and created a team to fight against the world dominant Robot Doumei has been serialized since May 2021 in the Weekly Shounen Champion! It is called......
Team Phoenix 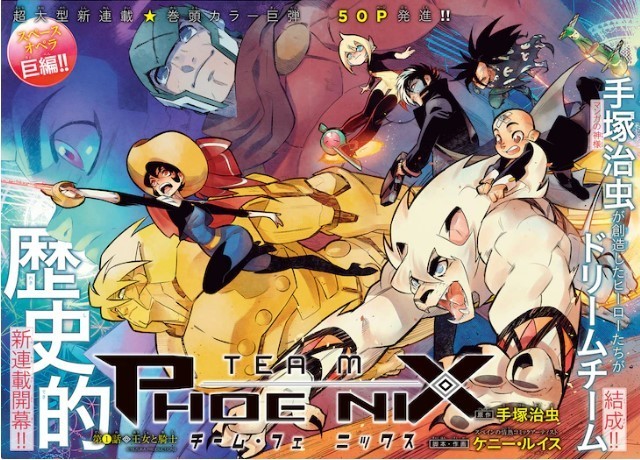 The title, Team Phoenix, was probably named after one of his major manga titles, “Phoenix.” It is a great choice of name for this new manga where all the heroes from Tezuka manga are gathering in the story.

The story takes place in a world that is controlled by self-aware robots after a war between Biologics who are the natural life forms in the universe and the robots.
In the world, several groups have existed. Humans who created the robots, Biologics, the robots that are on the side of the Biologics......etc. There are also some groups within the robot doumei.
One day, a robot called the perfect and the best of all robots appeared. His name is Atlas. He became the leader of the Robot doumei. Under his leadership, the Robot doumei united to pursue his idea of diminishing Biologics that have fought against the resistance. 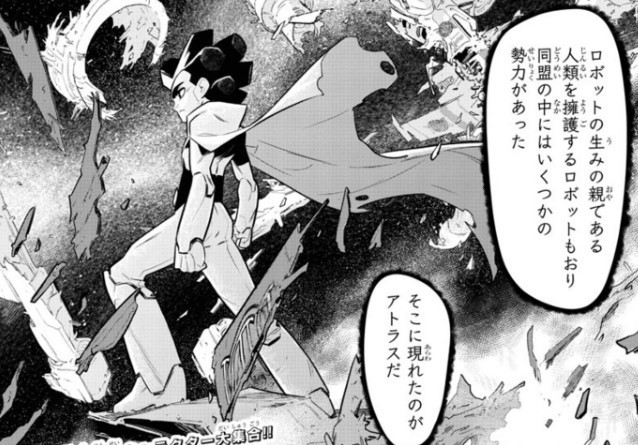 Atlas from Astro Boy
In the corner of the universe, Princess Sapphire from Silver Land was swimming alone in the lake. Silver Land is a planet country under control of the Robot doumei. 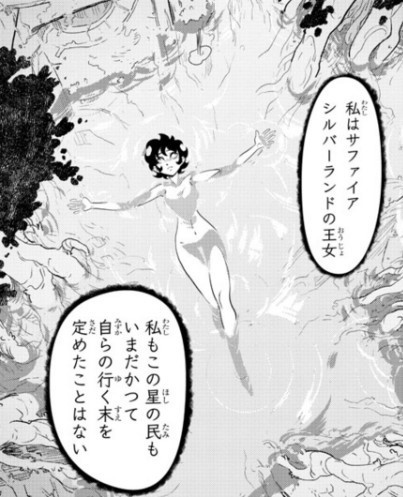 Sapphire from Princess Knight
The current king of Silver Land, the father of Sapphire, found her in the lake and nagged at her.
“What to do if someone sees you?” 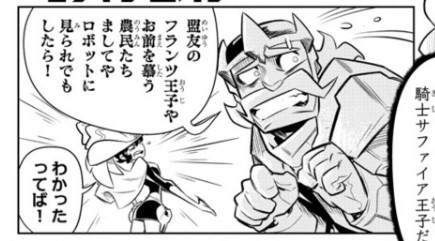 The King of Silver Land
On the planet of Silver Land, succession to the throne is only allowed to a man. So Sapphire needed to hide her gender and was usually pretending to be a man.
Sapphire put her clothes on and went back to the city with her father. They saw an old man being bullied by robots. The robots were being violent to the old man and were saying
“Do you miss the old days that you were ordering to robots?”
“Now you understand how hard it is to endure the hard labor!!”

Sapphire could not help saving the old man from the robots. She stood in front of the robots and said, “We are under the Robot doumei right now, but it does not mean it is okay to be treated like a stray dog!”

But, a commanding officer of the Robot doumei, Aokishi, suddenly showed up in front of Sapphire. 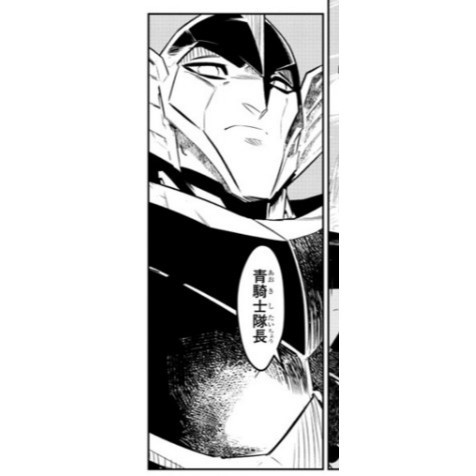 Aokishi from Astro Boy
He was in Silver Land to inspect the country. He asked Sapphire,
“Did you humans ever treat us fairly before?” 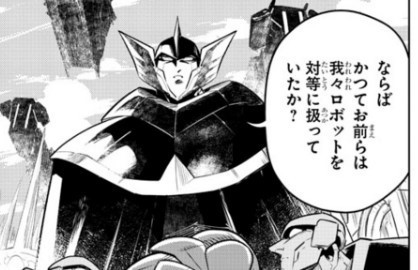 “Even though it was against our will, we followed the leaders of the time. In order to survive, we tried to choose the best options.
However, I have never ever humiliated anyone. Also I have never lost my pride,”
she said.
“If the Robot doumei is going to deprive me of my dignity, I will accept your challenge. You guys would never be able to win it from me.” 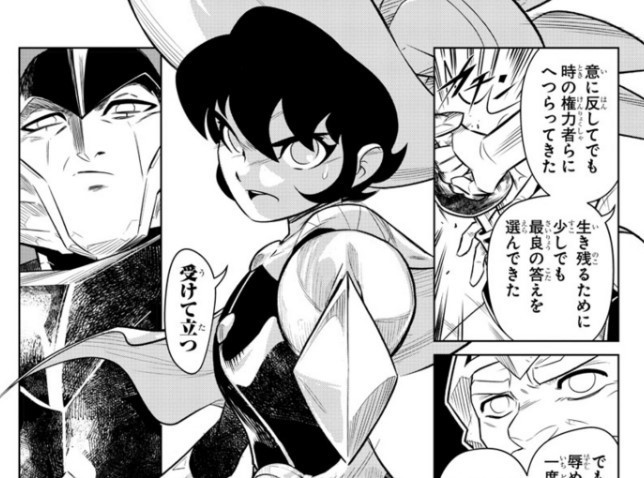 While talking to Sapphire, Aokishi Taichou (officer) and Uran who is the counselor of the Robot doumei have decided to implement a secret plan. They tried to reach out to Sapphire. 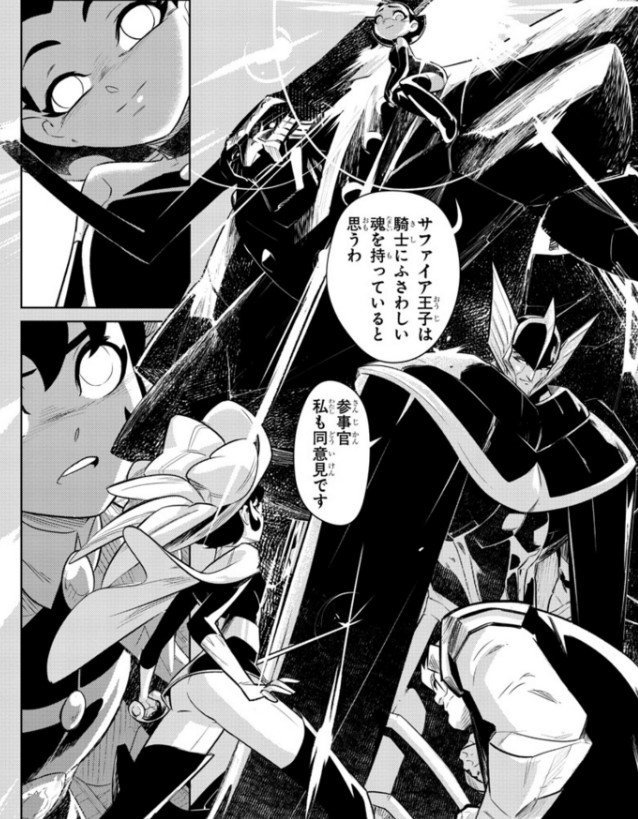 Uran / Sapphire / Aokishi
“I will destroy all Biologics in our universe!”
The ambitious leader of the Robot doumei, Atlas, found a space station, Takarajima, which is the key for Biologics to move within the universe. The goal to destroy the Biologics was just around the corner! 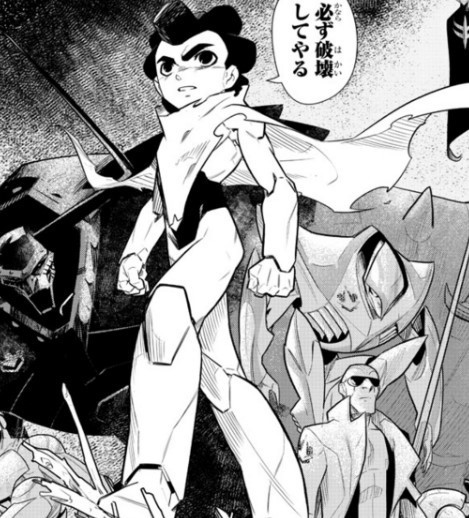 The counselor, Uran, came up to Atlas.
She asked him to observe the stronghold of the Biologics which the officer Aokishi was about to attack. 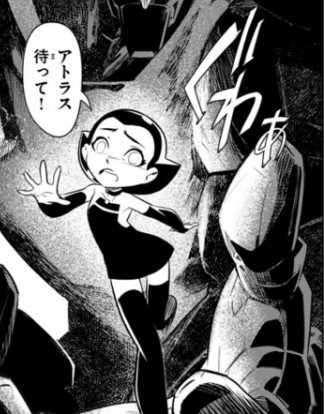 When Atlas sees the screen, it was Sapphire fighting as a knight of the Robot doumei. 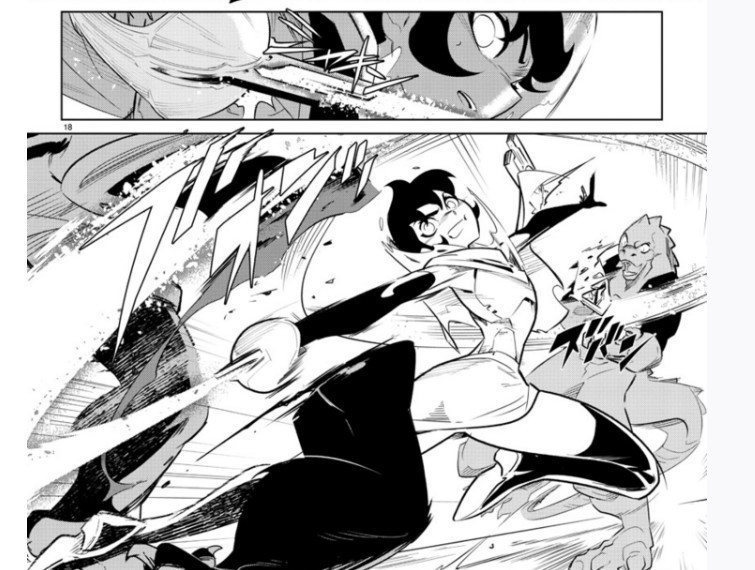 It was Sapphire’s father, the current king of Silver Land himself. 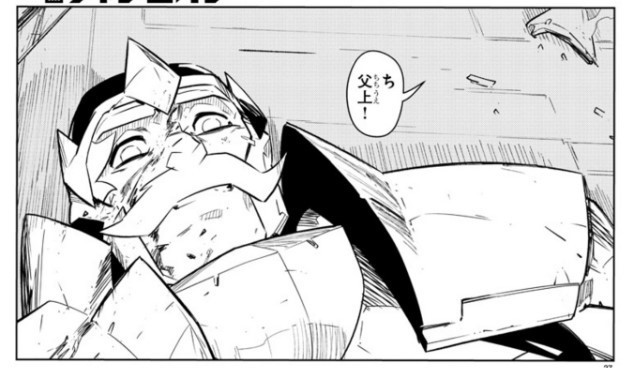 Sapphire became upset. Her friend, prince Franz from Gold Land told the King.
“It is not worth the risk of losing our people to support Biologics.”
“We have to swear allegiance in order to save our planet.” 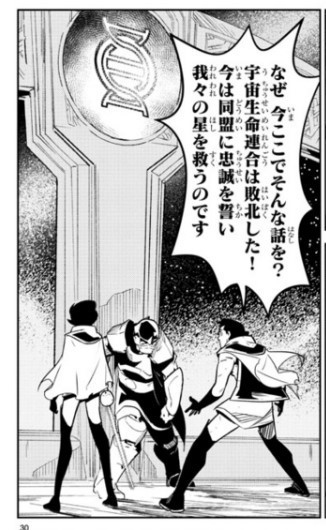 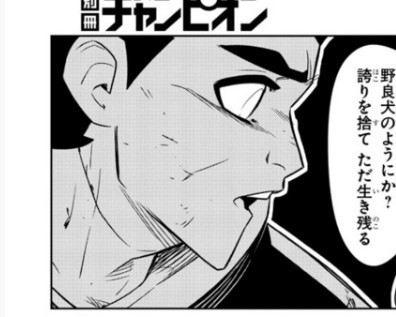 Franz
“Under the Robot doumei, there is no prosper forever.
Civilization and cultures will never be able to progress in all the planets.”
“We will be controlled and get scared without knowing anything.
No one can live freely in this society,”
the king replied.
Sapphire was feeling toward her father. However, the officer Aokishi showed up. 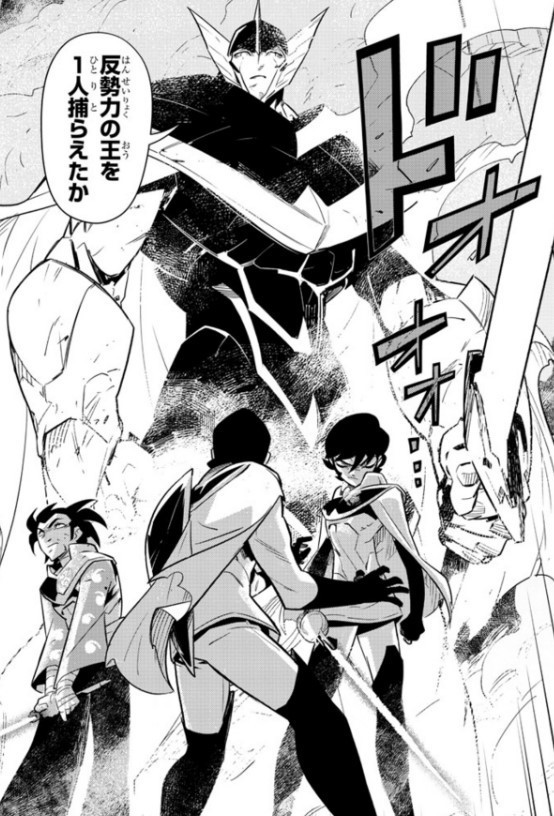 Aokishi ordered Sapphire to execute her father.
Sapphire of course hesitated, but the king accepted her sword.
“It is your life. You make a decision, but fear is always there.”
“But, don’t let fear take over your decision.”
“My daughter.” 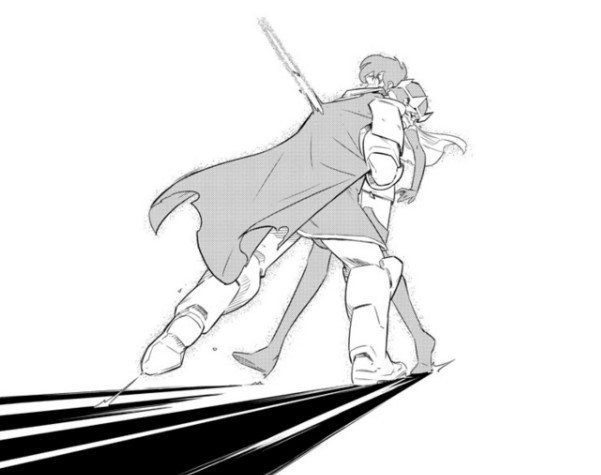 While looking at them, Atlas told Uran to choose useful planets and Biologics. Also he ordered her to destroy others. 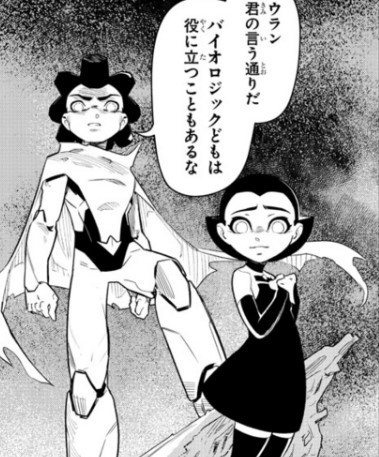 Sapphire killed her father who was against the Robot doumei. She got applause as a true knight.
However, her father’s last voice made her feel unease.
“What should I do?” 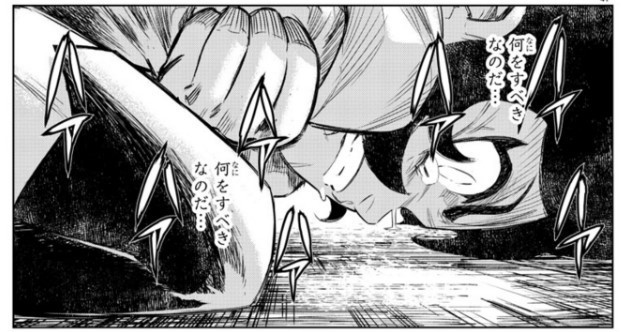 ────
After 5 years, a girl woke up in a corner of the universe. 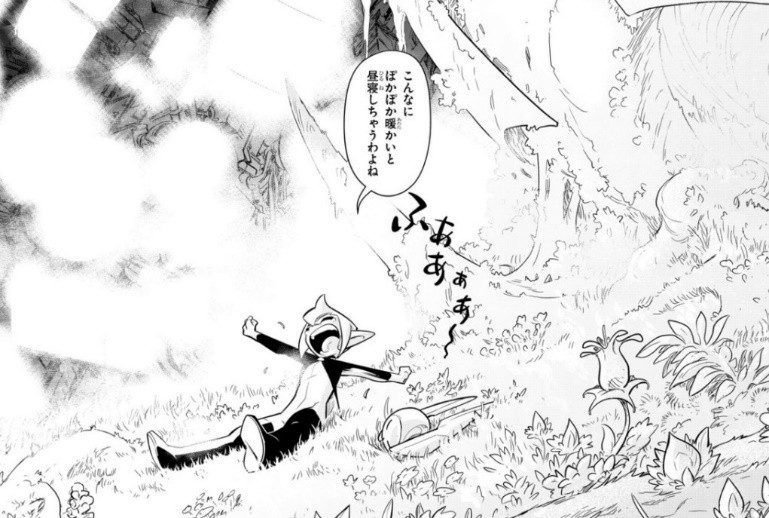 “Something will happen today.” 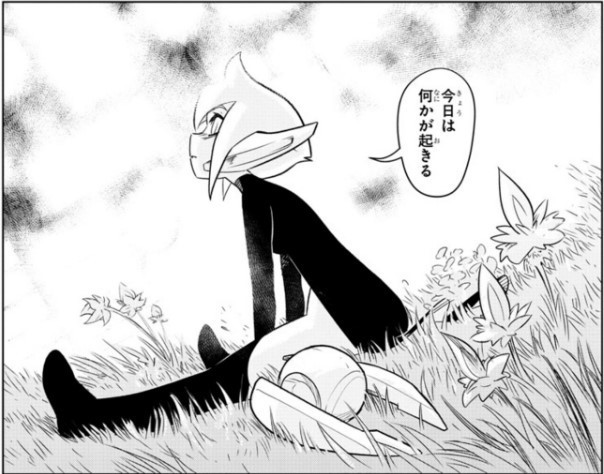 Sapphire became a space pirate with Leo and Sharaku. To get dignity back to Biologics and humans, she was fighting against the Robot doumei!

Kenny Ruiz-sensei is in charge of screenplay and drawings. He is a popular comic artist in French-speaking countries and is influenced a lot from Japanese manga.

This manga will be serialized not only in Japan, but also in Spirau, a French manga magazine, published by Dupuis in Belgium at the same time. It will explain Tezuka Osamu’s popularity in the world.

Now we have Team Phoenix, volume 1, Japanese edition at Manga Republic!
Let’s check this buzz worthy manga soon! It will be popular for sure!
Team Phoenix 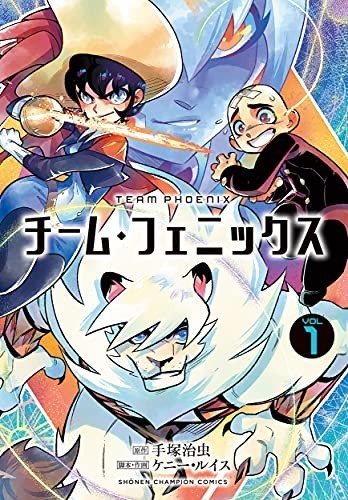 Okay, I will see you in the next article! Have a good day!
Team Phoenix