It’s getting really cold these days, but do you do any exercises?

I am not really good at playing sports, but there is a sport that you can play while you are sitting! So I can do it, and it is very unique!

It is......competitive Karuta! There is a super popular karuta themed manga and is called a cultural sport. It is now played by many people around the world.

Karuta is inspired by the best 100 classic Japanese poems created from the 800s to 1200s. This physically and mentally demanding card game is called “Competitive Karuta” and is now played by 1 million people around the world.

Okay, so the title of the super famous Karuta themed manga is......
Chihayafuru 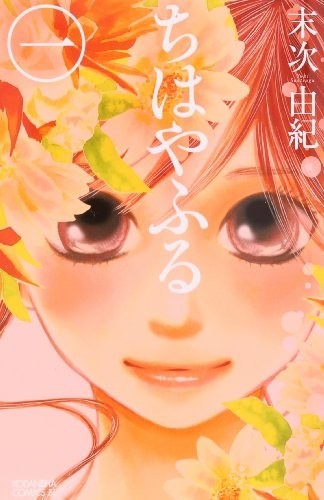 I am one who started playing competitive karuta after I read Chihayafuru!

I still remember the word of Harada-sensei in Chihayafuru, “Risk all your youth to win against your rival.” I cried a lot when I read it.

The word selection in Chihayafuru is great! Every time I read the newly released comic book, I remembered I cried a lot.

So today, I would like to introduce this sports x tenacity manga that you can cry a lot about!

Ayase Chihaya, a 6th grader, had a dream. She wanted her sister, Ayase Chitose to be the best model in Japan. Everyone praised her, but a transfer student from Fukui, Wataya Arata was not like the others. He said to Chihaya that it is not her dream because it is not about you. 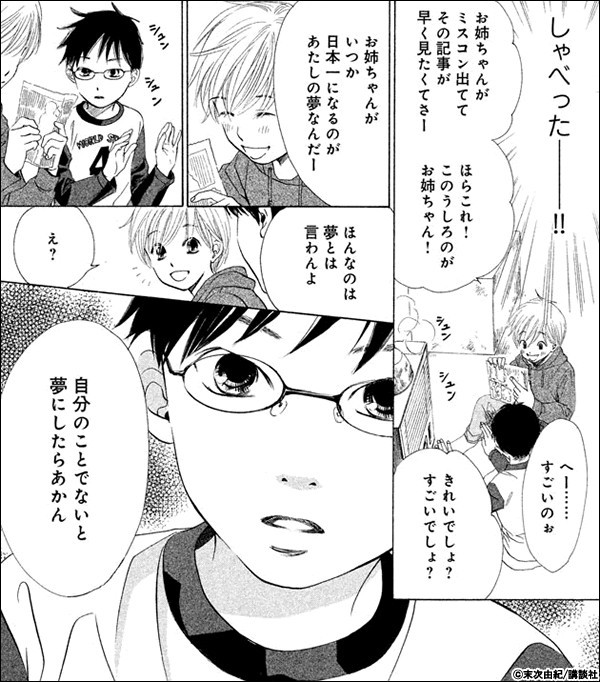 He said, “My dream is to be the master of Karuta.”
The Karuta that Arata mentioned is called competitive karuta that uses Hyakuniniosshu poetry. Arata’s grandfather is a famous player and Arata’s dream is to become a karuta master like his grandfather.
“Karuta is not played much in many other countries, so to be the best in Japan means almost like being the best in the world!”
Chihaya was impressed by Arata who was very proud to be a karuta player. However, Arata was a new transfer student from another area and has gotten picked on because of his way of speaking with a unique dialect. Chihaya told the bullies that “Wataya-kun is really strong in karuta. No one here could win against him!” Chihaya could not help telling them on behalf of Arata who never reacted to the bullies. 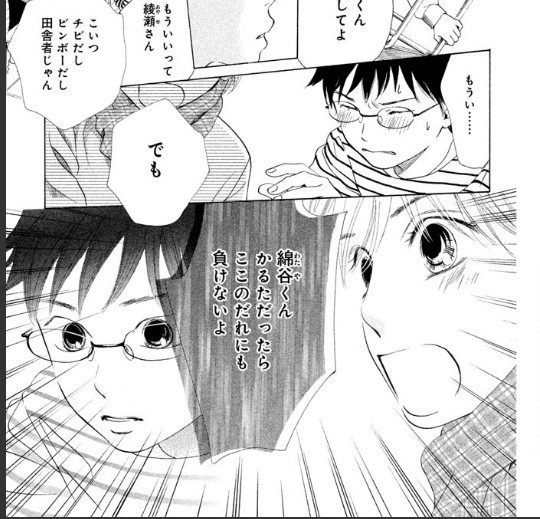 One of the bullies, Mashima Taichi, was not happy about Chihaya who was trying to help Arata. So Taichi told Chihaya and Arata that if they allowed anyone to take a karuta card from Arata at the school karuta competition, Arata would be ignored the rest of his school days until graduation. It was a declaration of war of karuta to Arata.
The day of the school karuta competition – Arata was an experienced karuta player. So he advanced to the final with big victories. Taichi was also really good because of his good sense of sports and smartness. However, Taichi was scared of Arata’s strength and hid Arata’s glasses when he was washing his face during the break time.
Arata was very near-sighted and he could not see anything without glasses. Arata was losing to Taichi without glasses. Then, Chihaya showed up. 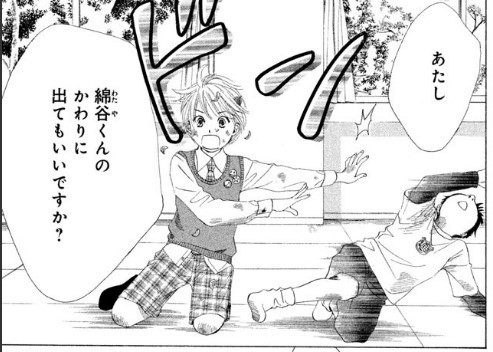 “Can I play on behalf of Wataya-kun?”
“Because I am his best pupil.”
Chihaya was taking the cards randomly, but she could get the last card when she heard the first 3 letters. She understood what it was called.
“Chihayafuru Kamiyomokikazu Tatsutagawa Karakurenaini Mizukukurutoha”
The card started with her name-Chihaya. It became her destiny card. 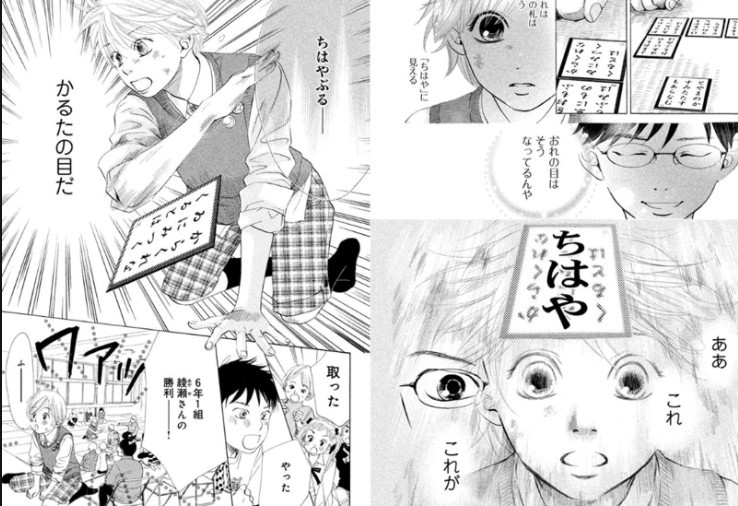 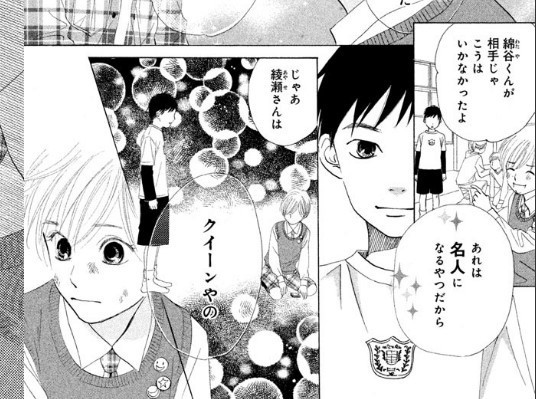 “I will be the master of Karuta, so Ayase-san will be the queen of Karuta!”
Arata said to Chihaya and smiled.
Taichi was scolded by his mother who was at the school to cheer for her son at the competition, “I can’t believe you lost to a girl!” Taichi regretted that he tried to win cowardly by taking Arata’s glasses. He was embarrassed to lose to a girl who he liked by playing karuta which he thought he was good at Taichi apologized to Arata and told him to practice Karuta properly and win in the future.
Arata became very excited to meet a future rival his age. 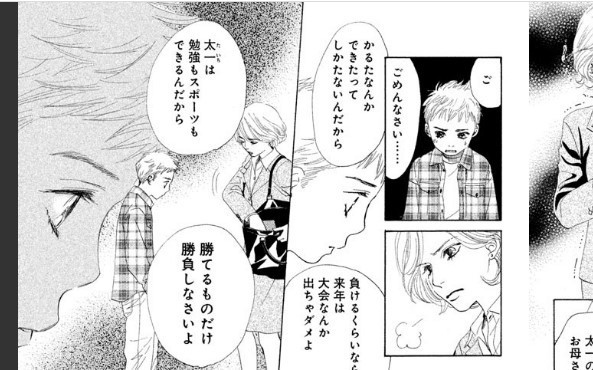 Soon after the competition, the three of them started going to a Karuta group to practice together. However, Arata’s grandfather, who is the karuta master, became ill so his family had to go back to Fukui to support him. Taichi was going to go to a private middle school. Chihaya was going to a public school, so the three friends are going their separate ways.
In the end, the three of them participated in the group karuta competition as Team Chihayafuru. The team met with many strong opponents and future rivals at the competition. The result for the team was devastating and they all experienced a regrettable defeat. 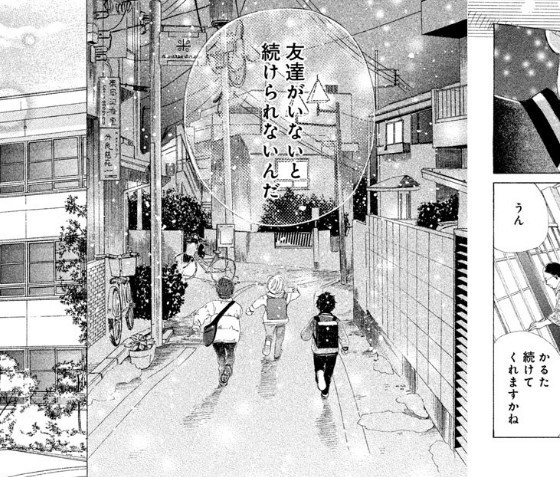 When they left for home, a crying Arata told his friends, “Thank you for playing karuta with me.” They replied, “We can meet each other if we continue playing it.” “Let’s keep in touch by playing karuta.” They promised to each other. 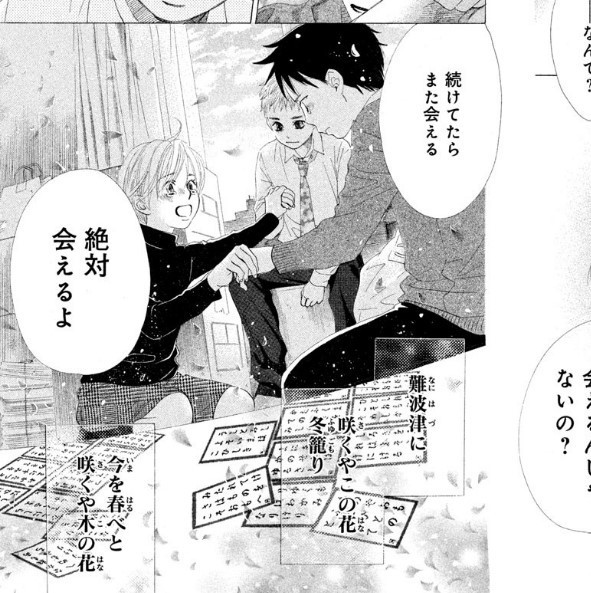 Years passed. Chihaya grew into a beautiful girl just like her model sister. She went to Mizusawa High School and met with Taichi who went to a different middle school there. 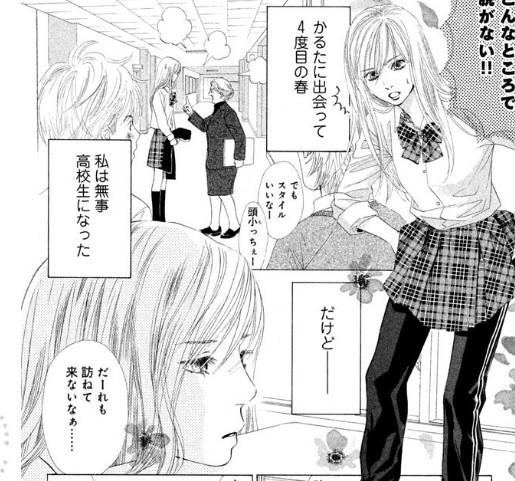 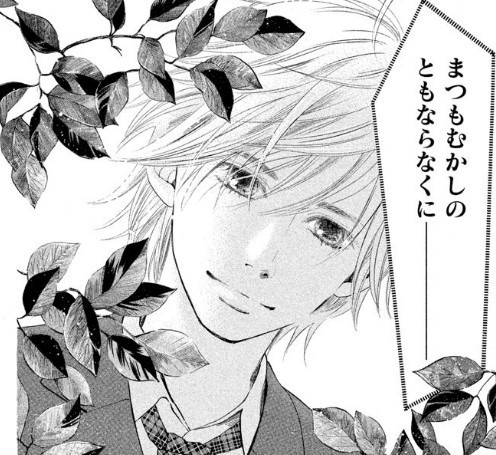 Chihaya tried to make karuta known at her high school, which did not have a karuta club, gathered friends, practiced together, and set a goal to win the national karuta group competition. She is going to challenge the current queen of karuta, high school girl, Wakamiya Shinobu! We can read about her growth in the story!

We have Chihayafuru comic books and also the magazine that Chihayafuru is serialized in, Be Love, as well at Manga Republic!

It is getting close to the last call of Queen sen (female plyers’ tournament) and Meijin sen (Master tournament for male players). Who is going to win? What is going to happen??
Chihayafuru 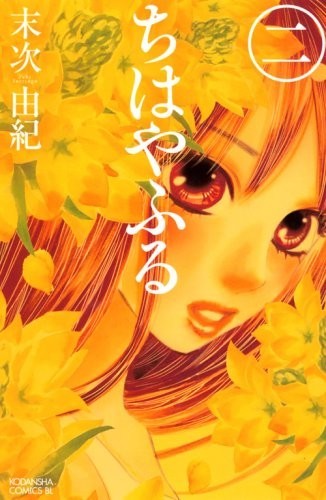 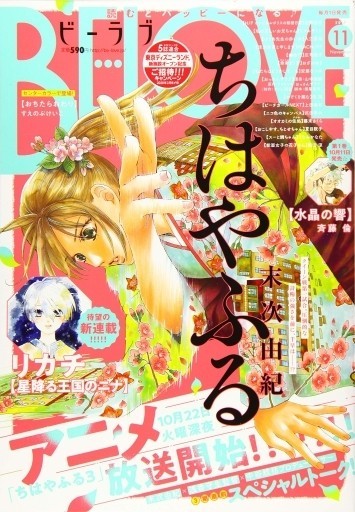 Okay, that is all for today. I will see you in the next article! Have a good day!!
Chihayafuru