What is “Kamisama Kiss”? 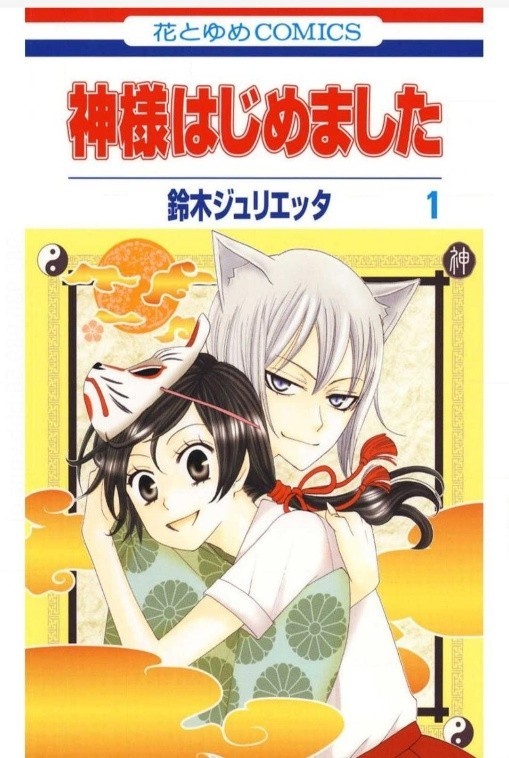 Kamisama Kiss is a Japanese Romantic manga series written and illustrated by Julietta Suzuki.
The manga series was serialized in Hakusensha’s Shoujo manga magazine Hana to Yume from February 2008 to May 2016. It’s chapters are compiled and collected into 25 separate volumes. As of March 2016, the series had over 5 million copies in circulation in Japan.
Two anime television series adapted by TMS Entertainment have been released, with season 1 consisting of 13 episodes and season 2 consisting of 12 episodes.
Kamisama Kiss (Kamisama Hajimemashita)
▸

Nanami Momozono, a 16 year old girl, lives in poverty with her father who loses her hard earned money in gambling. Due to this, Nanami often has to save money by cutting out on her lunches. 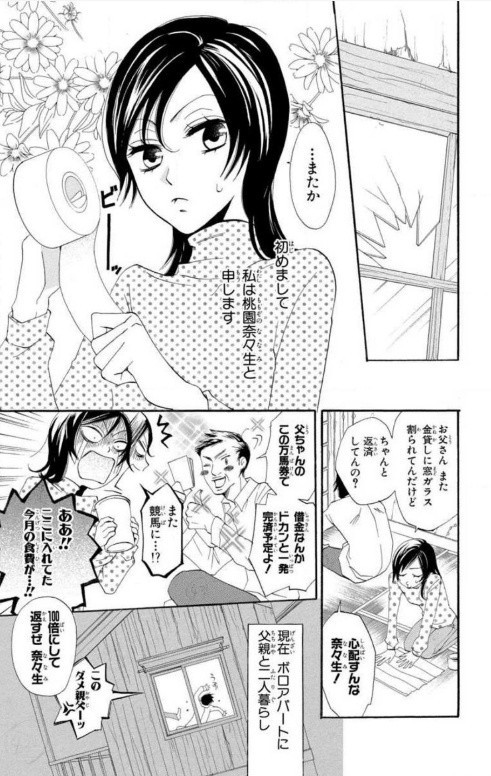 One day, as she comes home from work, she finds a letter left by her father telling her not to look for him. As she is processing this, the money loaners barge in, telling Nanami that due to the money owed by her father, she will have to vacate her apartment. 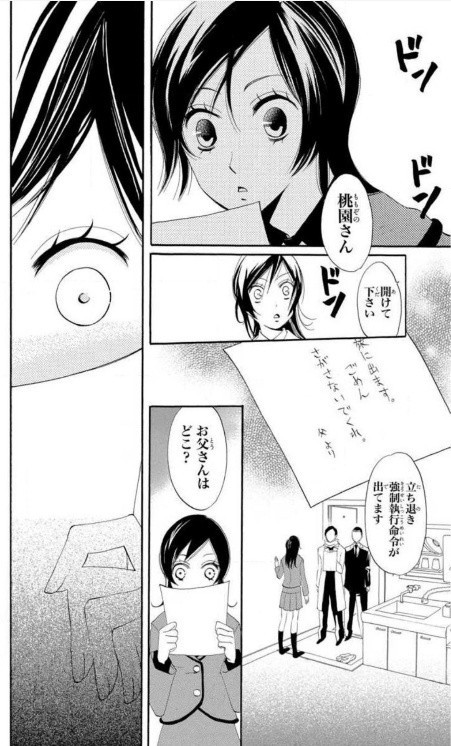 Now homeless, she sits on a bench rethinking her life, when she sees a man running away from a dog and helps him out. The man listens to her problems mentioning that like her father, he also abandoned his family 20 years ago.
The man Introduces himself as Mikage, kissing her on the forehead and giving her a map leading to his house. He tells her to go there and become to house master in his place. 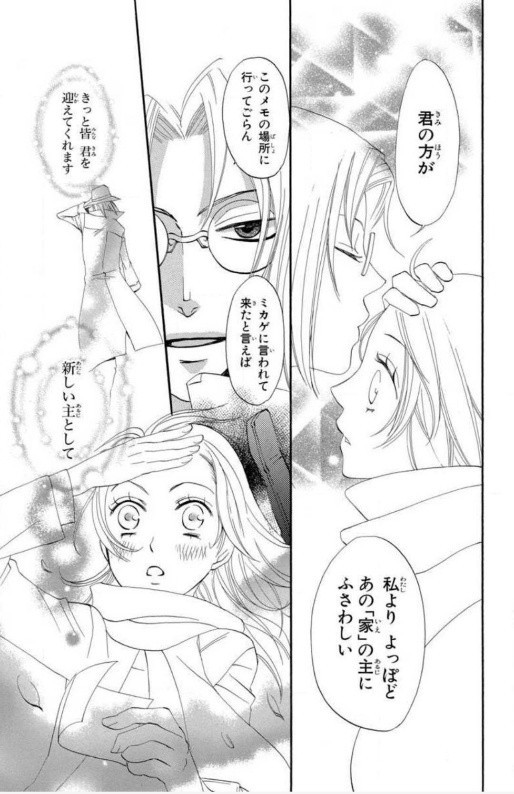 She follows the map to an old shrine. Thinking that she has been tricked, she begins to head back, when she hears a spooky voice welcoming Mikage-sama. Freaked out, she tries to run but is surrounded by flames, that is when a white haired boy with fox ears appears before her and mistaking her for Mikage, attacks her but stops mid-way realizing that she is not Mikage. 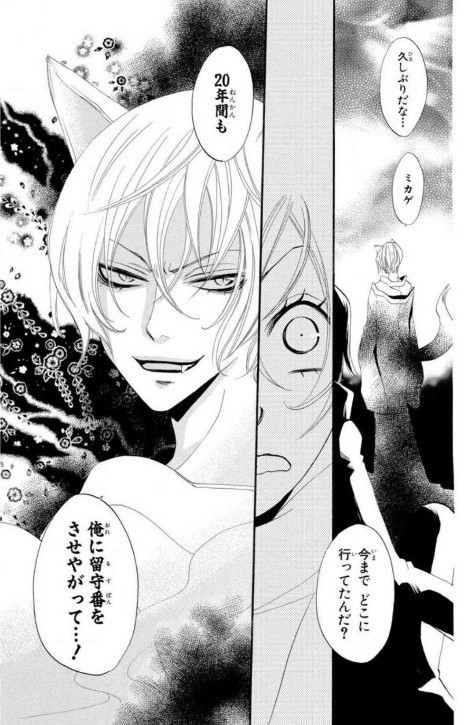 Two spirits appear who call him Tomoe, telling him that she has the Land God mark on her forehead. Nanami realizes that the Kiss Mikage gave her was to transfer the Land God seal. 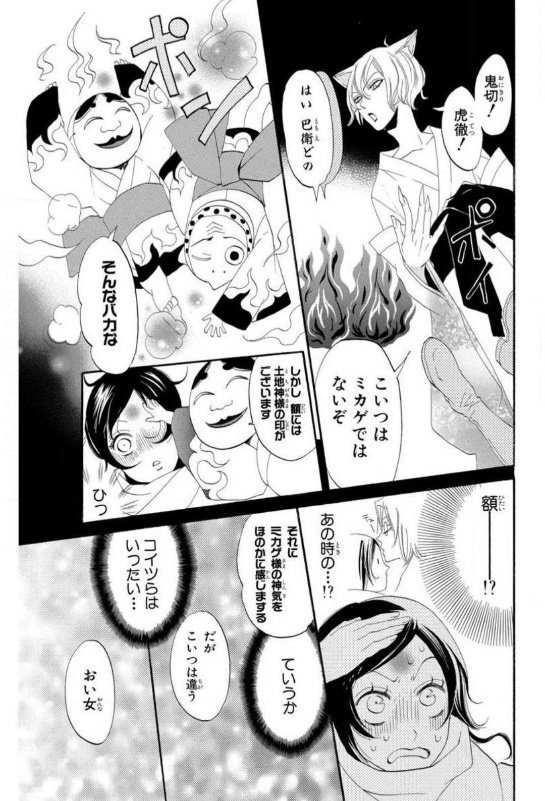 Being angry at Mikage for abandoning him, Tomoe refuses to have Nanami as the new Land God and leaves the shrine as long as she stays there.
Nanami stays the night. The next morning, the spirits explain the daily chores to her. She cuts her finger when plucking the grass, when Tomoe appears and mocks her by calling her useless. 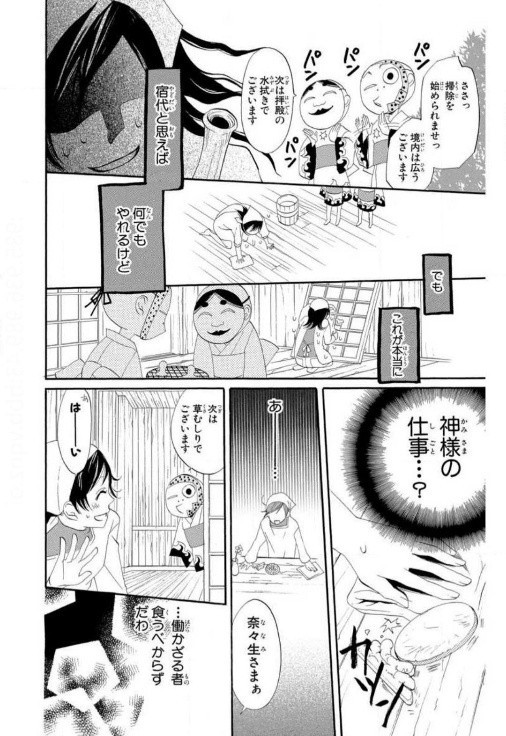 As she lays on the floor, tired from her chores, she hears a voice praying to her. The spirits give her a record of all the prayers in the last 20 years which Tomoe wrote down by himself. The spirits tell her that Tomoe has been doing all these duties by himself for the past 20 years, waiting for Mikage to return, after which Nanami has new found respect for him and promises to apologize to him. 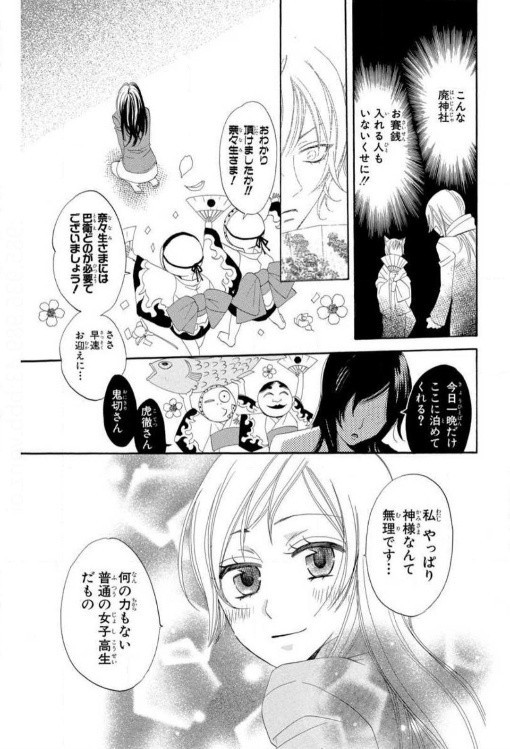 Elsewhere, Tomoe is sitting in a ghost bar, when a Yokai shows up asking him weather it’s ok with him that he eats the girl staying at the shrine. Tomoe gives him the permission but kills him without hesitation for spoiling his mood. 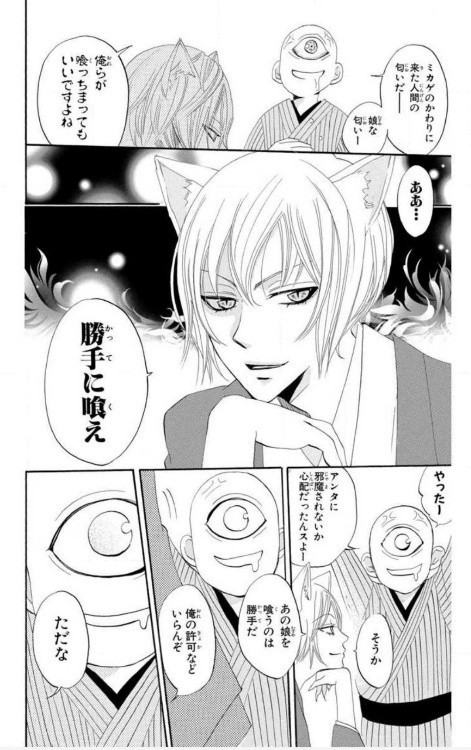