Hi everyone! This is quite sudden, but do you know a bird called a “Cuckoo”? I know about the bird! It's Boss from Manga Republic! 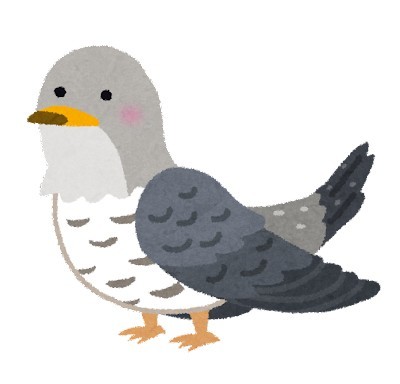 Hi there!! Cuckoo? Is it a kind of pigeon? I am not sure what it looks like. It's Saori from Manga Republic!

They may look similar, but they are different birds. A cuckoo is an ordinary looking bird, not like a penguin, but they are famous for a unique habit called brood parasitism.
What is “brood parasitism”?
Birds lay their eggs in the nests of others, sparing themselves the expense of rearing their own young.

Oh! I see! I have heard of it before! Cuckoos are birds that have this kind of habit!

Yes! Yes!
The manga we are going to introduce in this article has “Cuckoo” in its title!

【Anime Adaptation in 2021!!】
Recognized in the Tsugi ni Kuru Manga Awards!
Featured romantic comedy in 2022!
Kakkou No Iinazuke (A Couple of Cuckoos)! 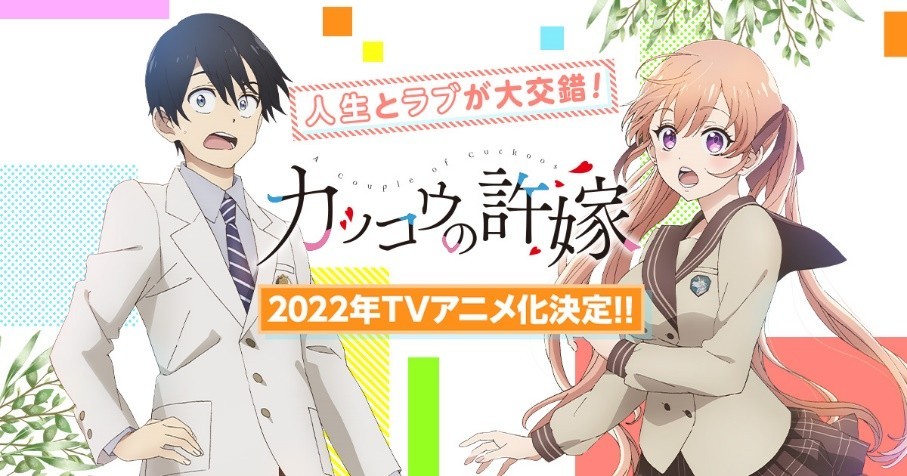 Oh I see...... The bird's name is in the title of the manga...... that will probably imply something about the bird or the bird's habit! Today, we want to talk about Kakkou No Iinazuke (A Couple of Cuckoos) that was recognized in the Tsugi ni Kuru Manga Awards in 2020! It is expected to be a popular romantic comedy manga!

What is Kakkou No Iinazuke (A Couple of Cuckoos)? 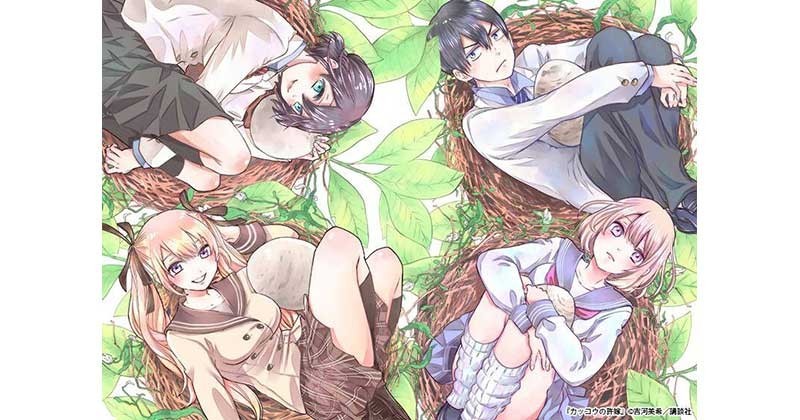 Kakkou No Iinazuke (A Couple of Cuckoos) is written and illustrated by a manga artist, Yoshikawa Miki-Sensei and is a romantic comedy manga.
It has been serialized in Weekly Shonen Magazine since 2020 and the episodes are collected and have been released in 8 volumes of comic books. It was nominated in the Tsugi ni Kuru Manga Awards 2020 during the 1st year of magazine serialization, and placed in 14th place. So, it got people's attention. Additionally, this popular manga will be made into anime in 2022 and has quickly gathered people's attention again.

It is amazing to be nominated in the Tsugi ni Kuru Manga Awards within a year of the serialization! In the 2nd year, the anime adaptation has been announced. What kind of manga is it? I am very much interested in it!

Yes! Me, too! Let's check it out! Kakkou No Iinazuke (A Couple of Cuckoos) - what kind of story is it?

Kakkou No Iinazuke (A Couple of Cuckoos)
- what kind of story is it? 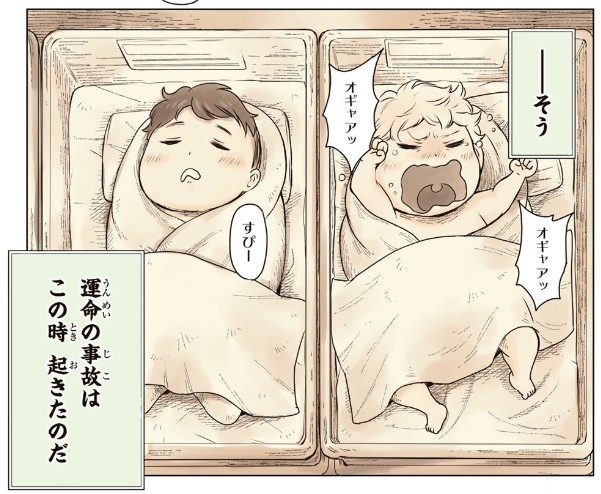 It is a story about two high school students who got into a fateful accident when they were babies. 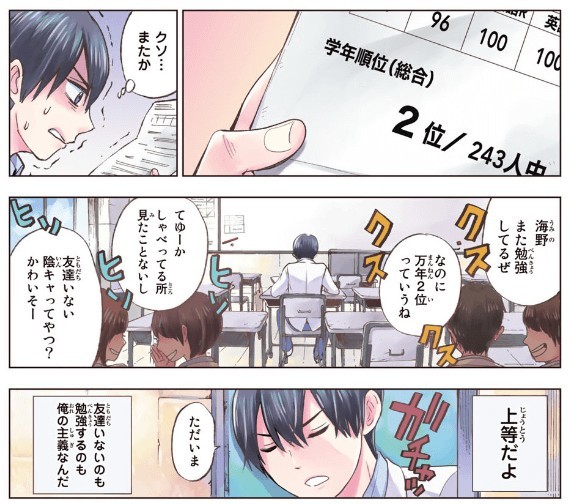 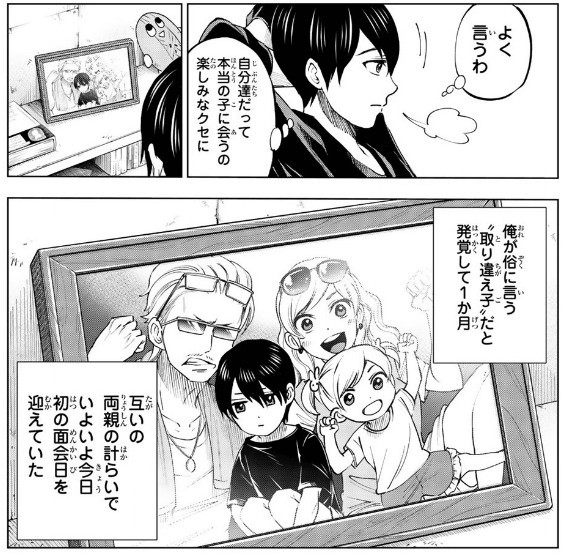 The main character, Umino Nagi, is a boy and a high school junior.
He is growing up in a poor household. In order to be given a scholorship for free tuition, he has been working hard to be an honor student.
Just recently, he found out that there was a baby swap accident due to a nurse's misunderstanding at the hospital when he was born. One of the babies is Nagi. So, he was going to meet with his biological parents. 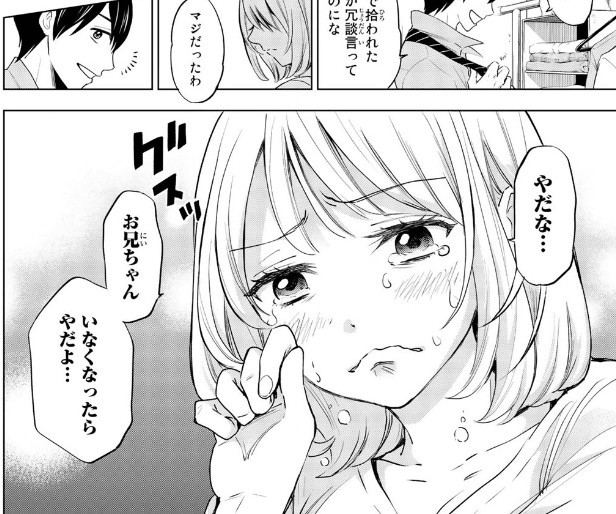 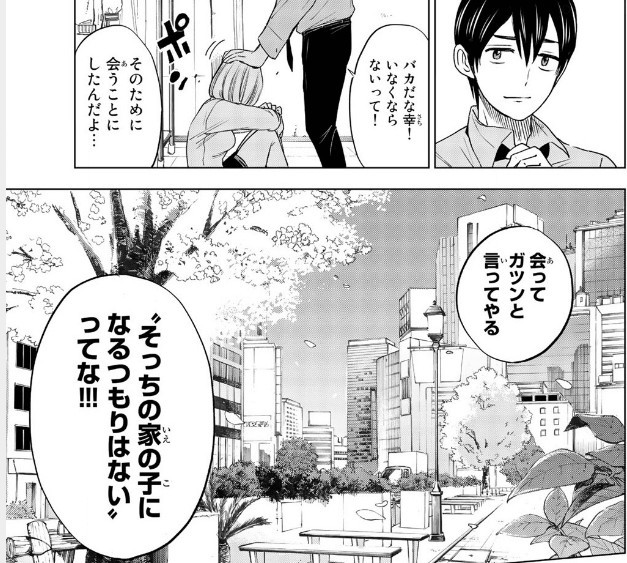 He would not be able to say that his life of 16 years so far was happy with a wealthy family, but he loves his foster family very much. Therefore, he wanted to let his biological parents know that he would like to live with the Umino family forever.
The day that Nagi was about to meet with his biological parents...... 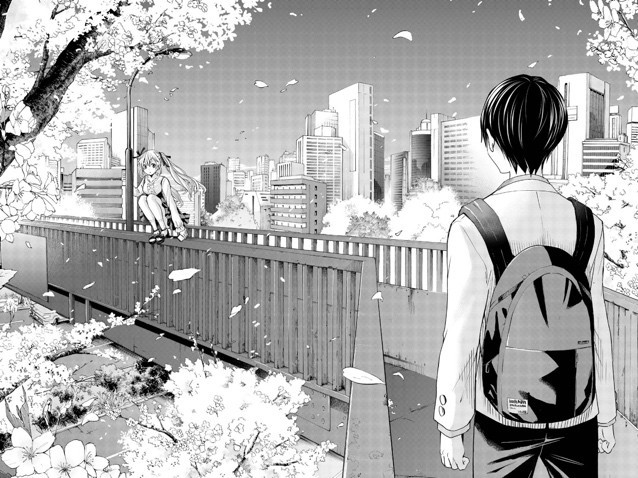 He met a girl who was going to jump off from a bridge. 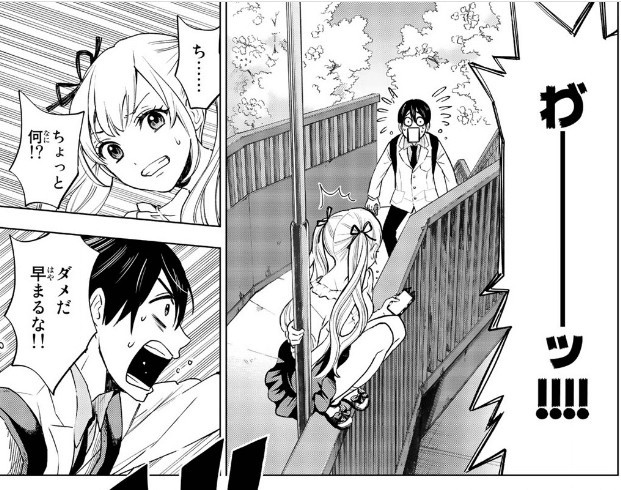 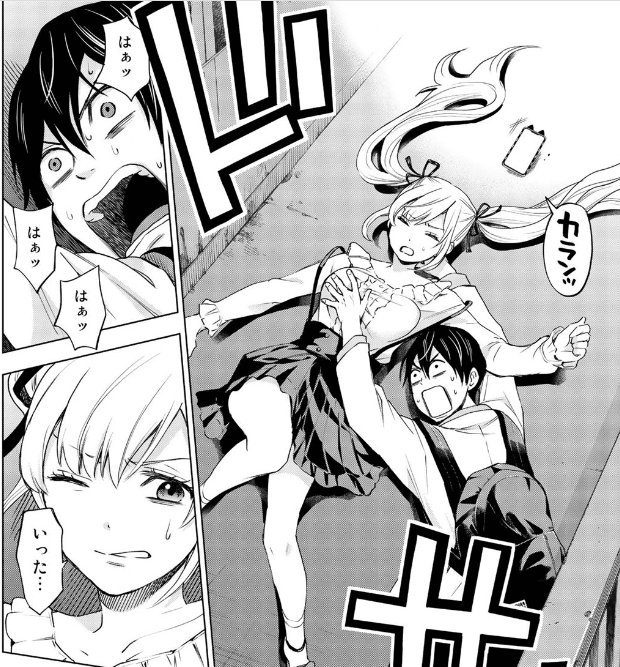 He tried to stop her immediately.
He pulled the girl back to the bridge, but she was holding a smartphopne on recording mode. Nagi asked her what was going on. 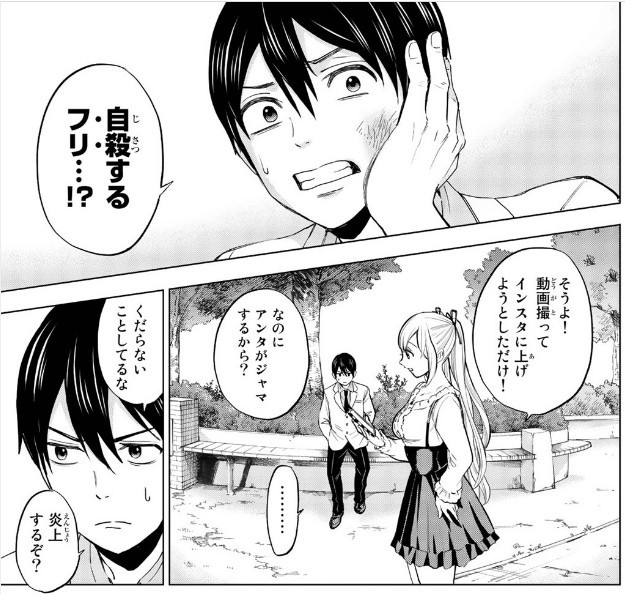 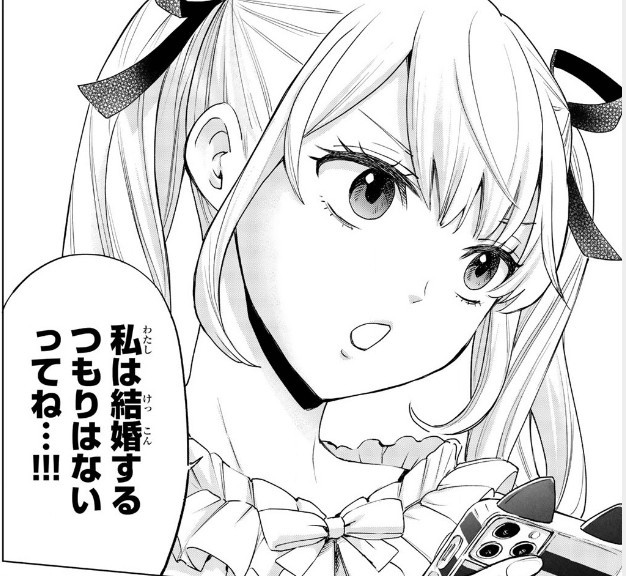 It seemed like the girl was pretending to committ suicide and taping it.
Her parents are trying to make her get married to someone they chose against her will.
The girl explained to Nagi that she wanted to persuade her parents by using the recording of the fake suicide. Nagi said to her that we are both having family problems. 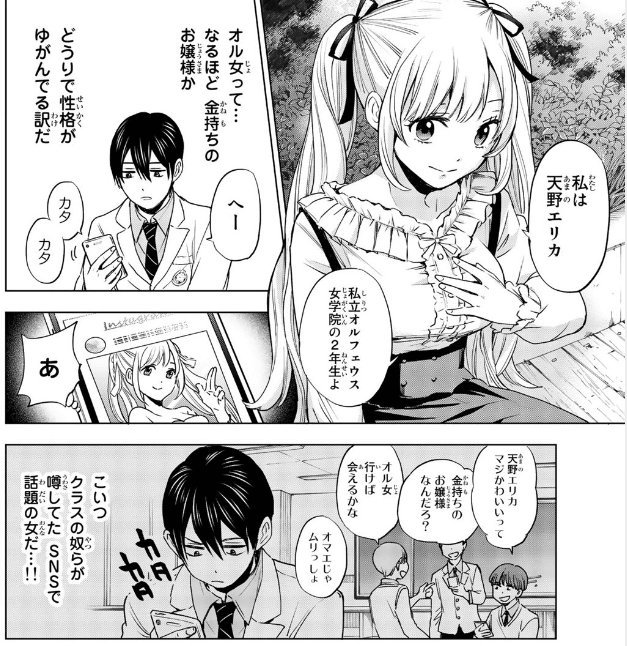 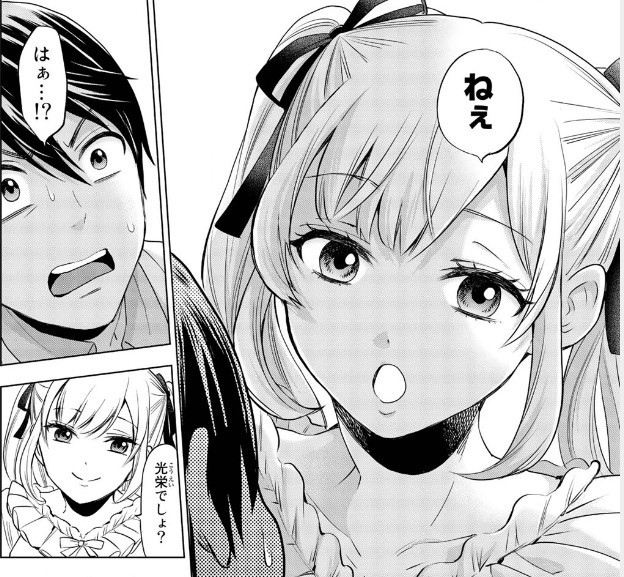 Her name is Erika and she is a famous influencer on social media. Erika suddenly came up with an idea after she learned that Nagi goes to a famous elite school.
She wanted to persuade her parents by saying that she has a wonderful boyfriend who compares well to her fiance. She asked him to help her with persuading her parents. 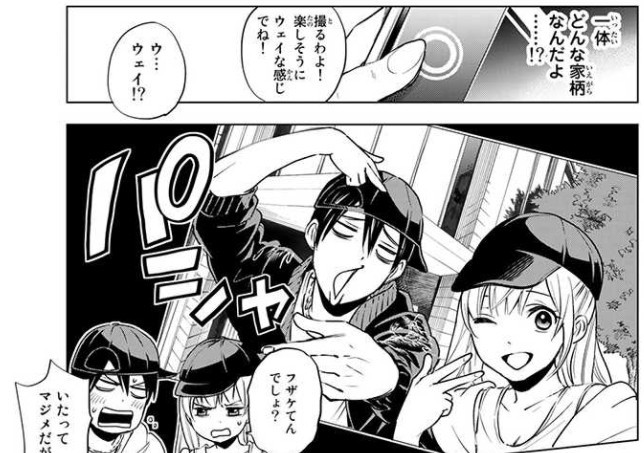 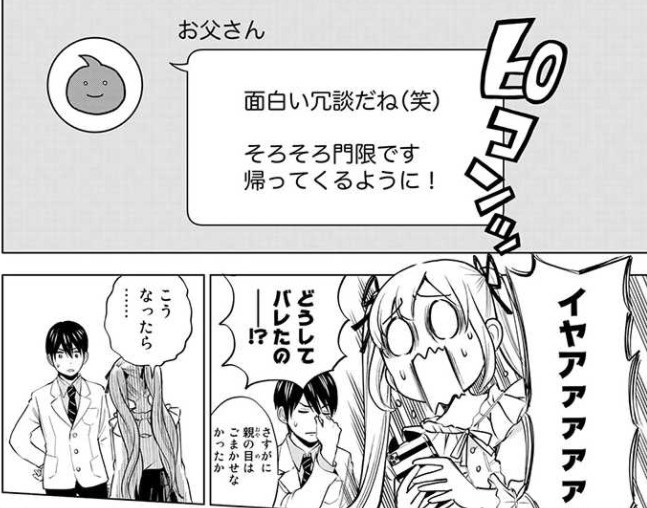 After that, he reluctantly agreed to help her plan, but many things started happening such as her parents quickly found out about this fake couple, Nagi chased away Erika's stalker......etc. 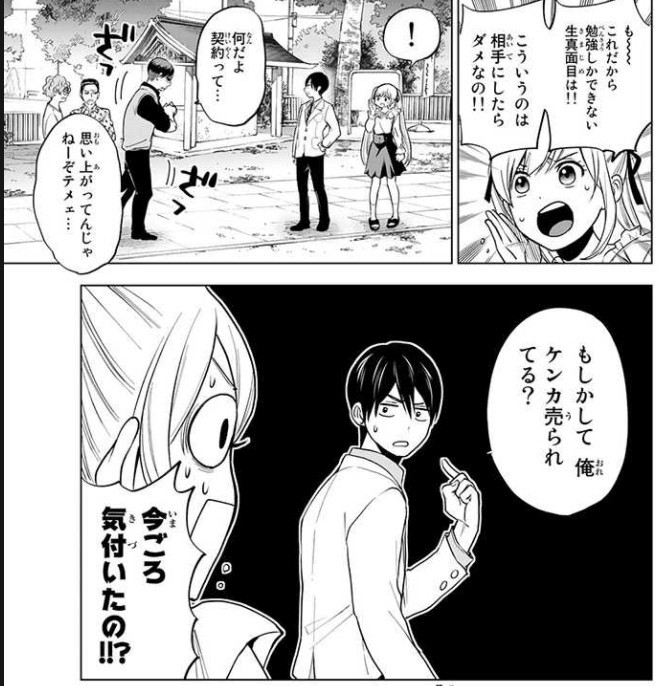 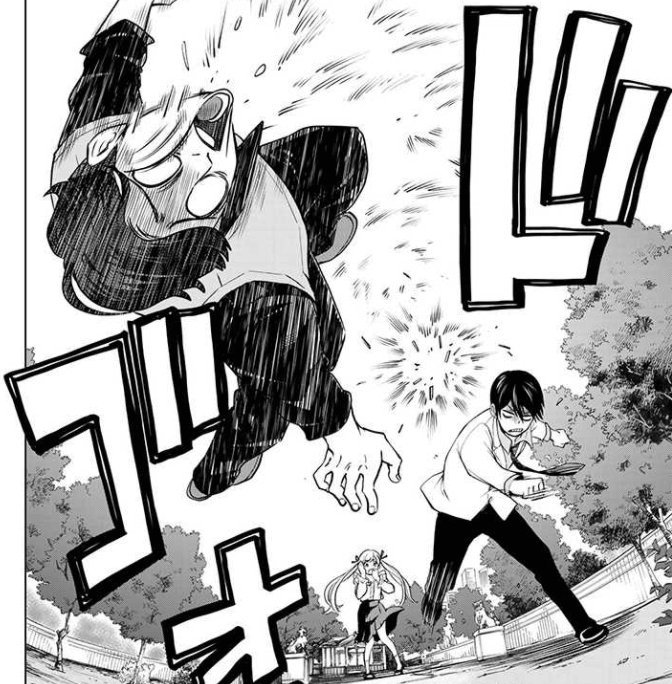 They are getting along with each other somewhat.
In the end, Erika told Nagi “I wish Nagi-kun were my fiance......”
She appreciated their encounter...... 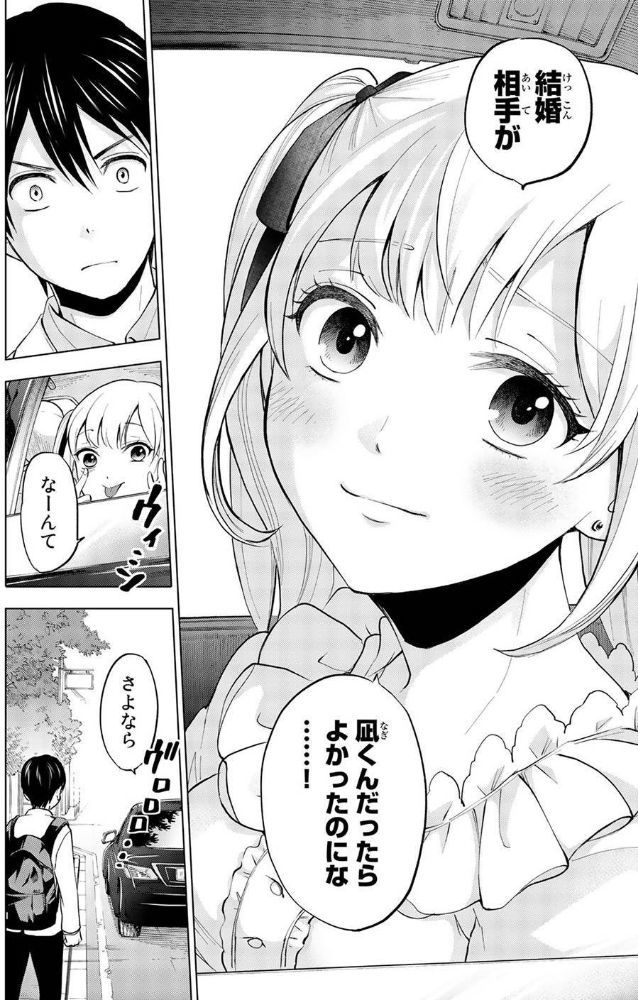 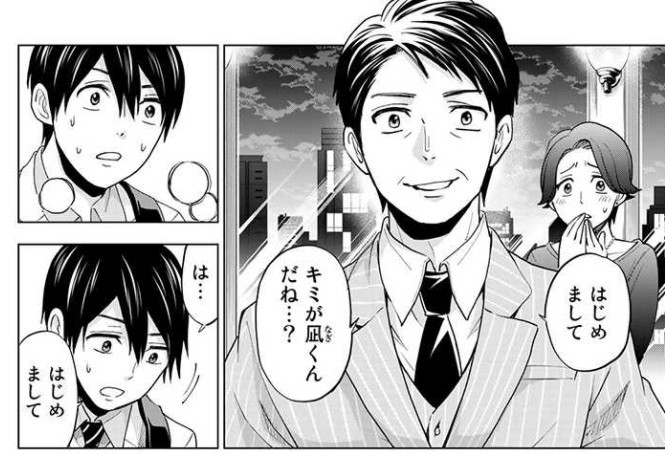 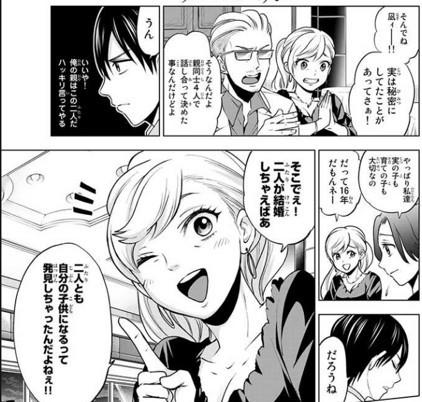 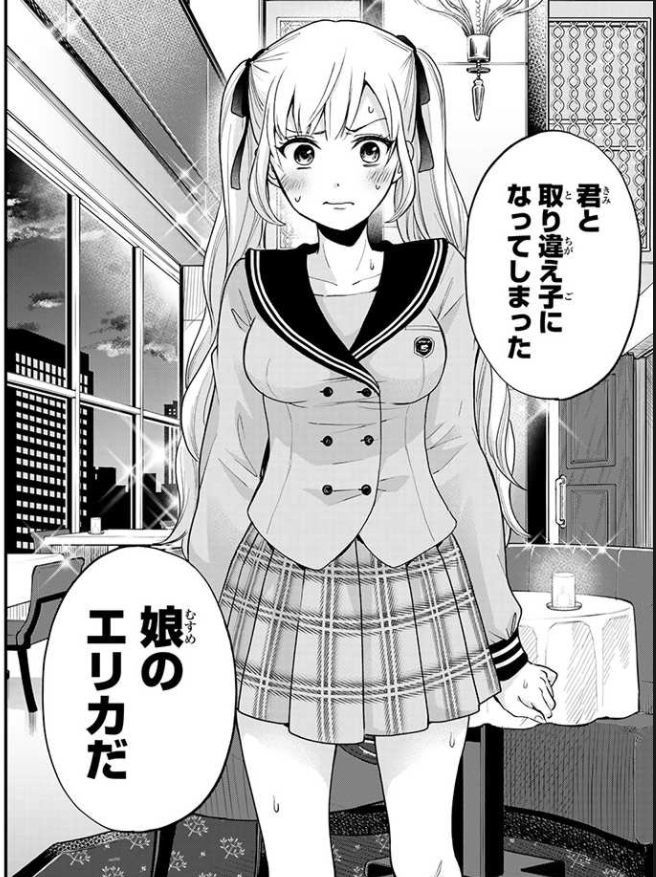 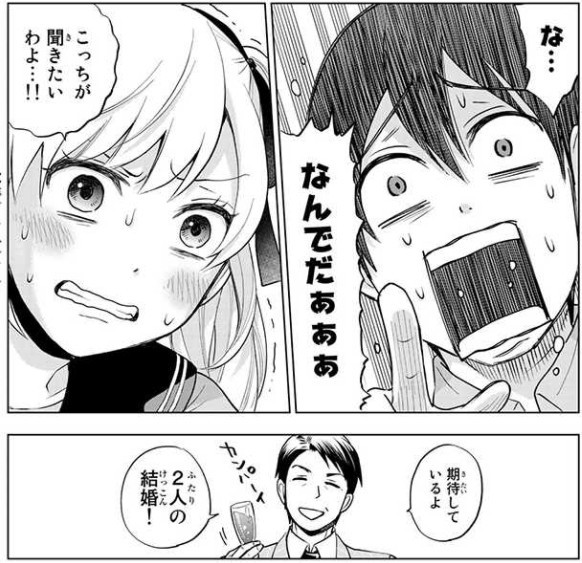 Unexpectedly, Erika was also there!
The accidentaly swapped babies at the hospital were Nagi and Erika!!
Earlier today, Erika emailed her parents that Erika and Nagi were dating now, which is a lie.
“If you guys get married, they both can be our children for real! It will be fantastic!!”
The families seemed more than happy! What is going to happen to them in the future? Their fate? Their lie?

I did not tell that much in this article though, there are many funny parts in this romantic comedy manga! I wonder how their life and fate will change! I am looking forward to watching the anime in 2022 as well!
Kakkou No Iinazuke
A Couple of Cuckoos
▸

That's all for today! I'll see you in the next article!!
Have a good day!
Kakkou No Iinazuke