Hi everyone! To be honest, I am not sure of the difference between mystery and suspense. It’s Boss from Manga Republic.

Hi there! I also do not know the difference between them, so I looked them up! It’s Saori from Manga Republic!
A “mystery” is a story dealing with unknown things. Usually characters will chase the clues to find out what the unknown is.
On the other hand, “suspense” refers to the sense of worry or anticipation a reader/viewer feels when reading/watching. Usually, culprits or tricks are already open and readers/viewers will enjoy the plot while feeling a tense atmosphere. 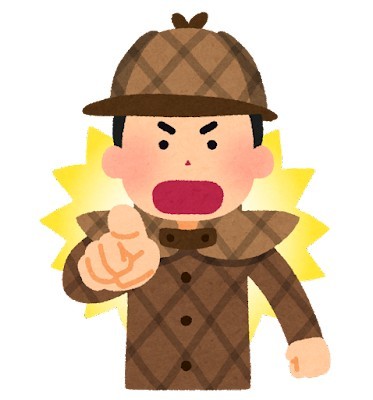 Oh I see!! If you know the culprits or the secret beforehand, it is considered a suspense story. If you do not know the culprit or something is unknown, it is a mystery story.

Well...... it is a very rough idea, but I think it will explain the two genres. Sometimes you may find it difficult to categorize a story as mystery or suspense depending on the plot.

How about the manga we are introducing today? Which genre is it categorized?

The manga we are introducing today is a mystery!
It was just completed in manga and will be made into an anime in 2022! The series is not long. It is just 13 volumes in total, but the story was developed very well so readers are always pulled into the world of Summer Render. The finale of the manga has a great reputation!

【Anime Adaptation 2022】
Can you solve the “mystery” of this island?
SF × Mystery! Summertime Render was completed.
Now it will be made into an anime! 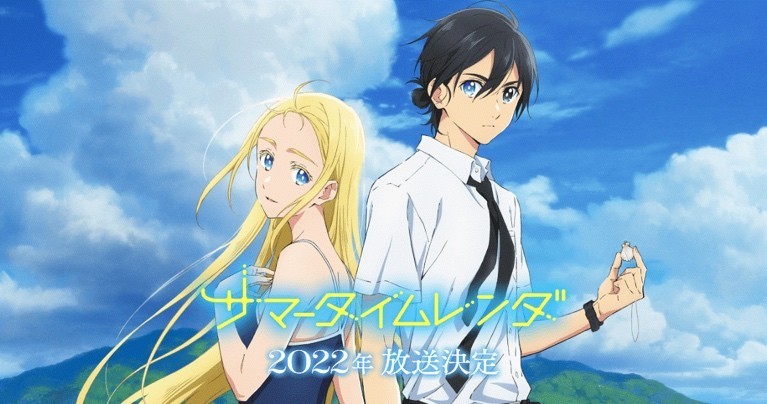 What is Summertime Render?

https://manga-republic.com/product/tag_page.html?tags=18988
Summertime Render is a SF x mystery manga that is serialized on the website, Shonen Jump+ since 2017 to 2021.
It was completed and comic books were released up to volume 13 which is the final volume. Right after the series completion, anime adaptation, real escape game adaptation, and live action drama (or movie) adaptation were announced. The series is expected to be widely known soon.

I agree! It is amazing! The story must be great for moving images! Now we should check it out!

Summertime Render - what kind of story is it?

The main character, Ajiro Sinpei, is a 17 years-old-boy who came back home to a remote island for the first time in two years. 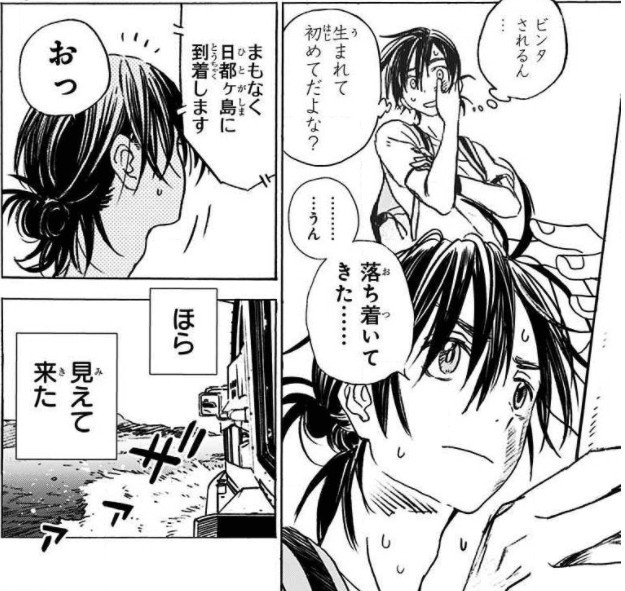 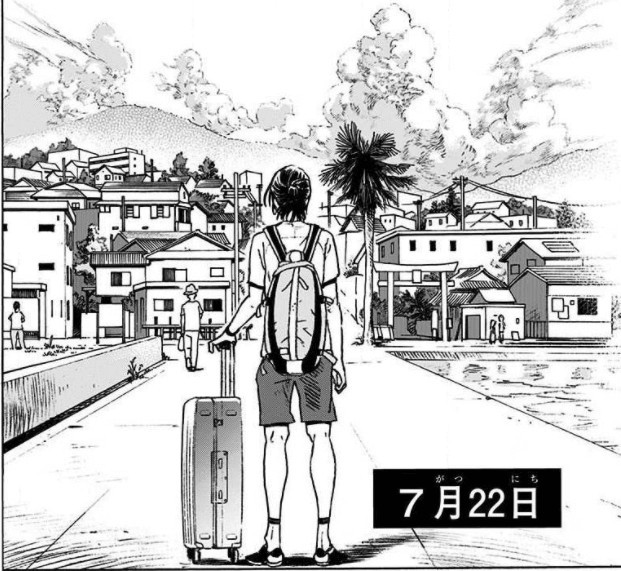 The story begins with the scene when Shinpei was coming back to the remote island by a ship liner. The small island is in Wakayama, Japan, where 700 people live.

The reason for returning home was to attend a funeral for his childhood friend...... 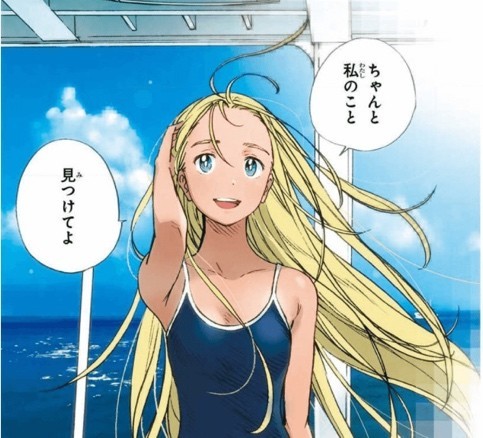 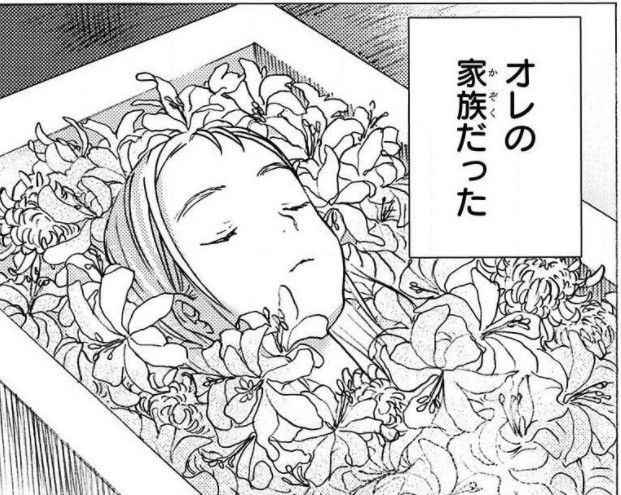 Shinpei came home to attend his childhood friend’s funeral. They thought they would meet each other again when they last saw each other. He never even imagined that she would die. At the funeral, he heard a disturbing rumor......

Ushio was killed?
Missing islanders, witness information about someone who looks exactly like Shinpei, and...... 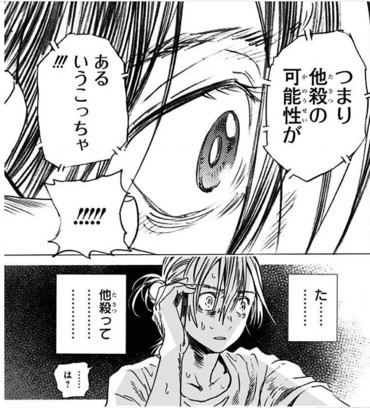 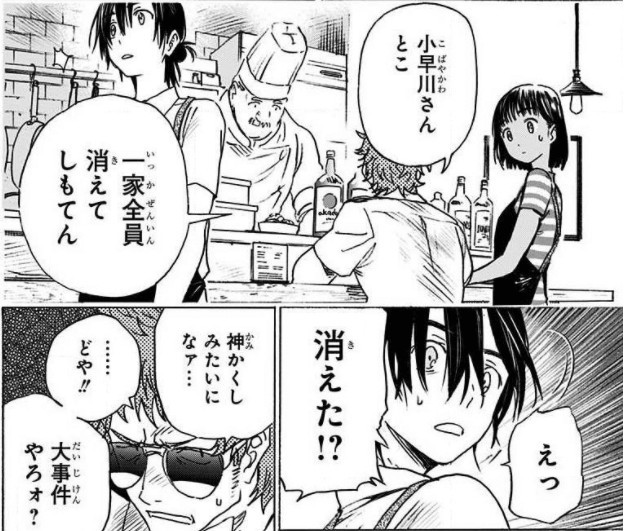 After the funeral, another childhood friend told Sihnpei that Ushio seemed to have marks of strangulation according to the autopsy result.
So Ushio might have been killed by someone.
However, at the time Ushio’s accident happened, the only people around her were her childhood friends and her sister, They did not have motives. Although Ushio had strangulation marks, it was treated as an accident because no one saw what happened to her. 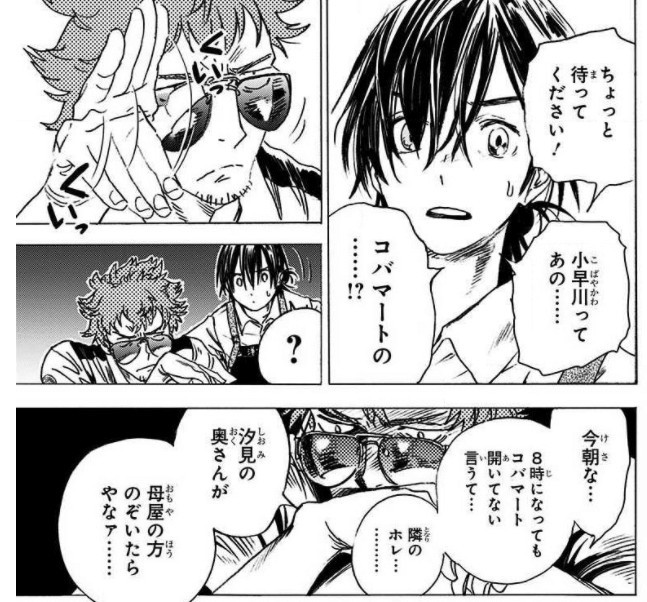 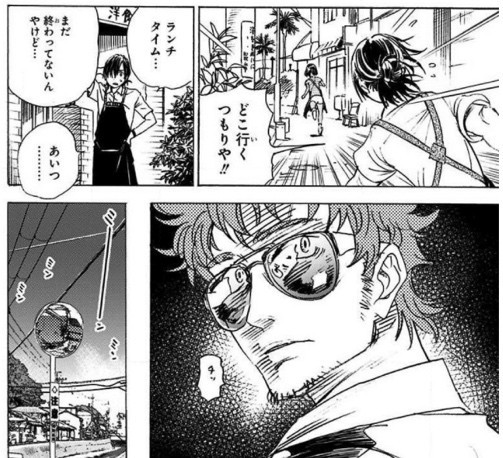 Furthermore, Shinpei heard a terrible fact the next day after the funeral.
Ushio died while saving a drowning girl in the ocean, but the girl who was saved by Ushio and her family vanished after attending Ushio’s funeral.

Many wired things are happening on the remote island.
Someone pointed out that could be happening because of the “shadow.” It is an old legend on the island. 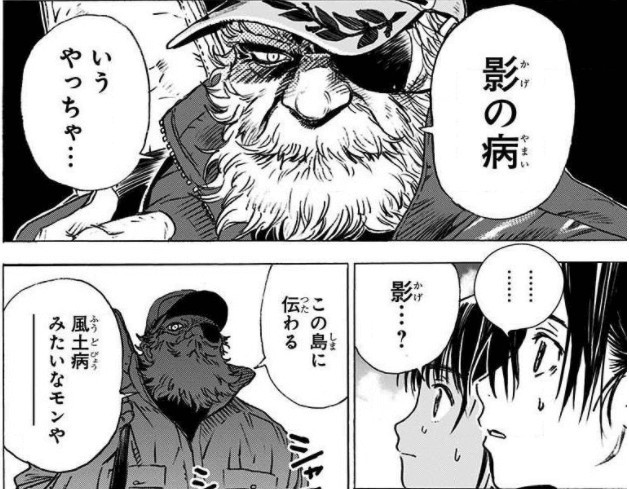 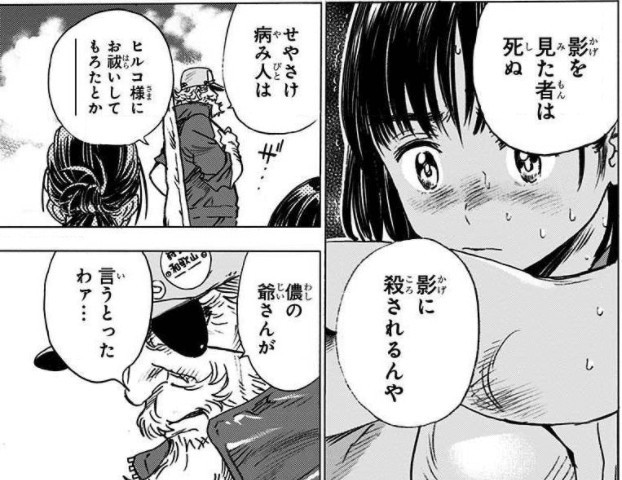 Ushio’s little sister, Mio, started running after she heard the story about the missing family from the police officer. Shinpei followed her and heard about a strange story from Mio.
The saved girl was not able to speak after the accident in the ocean. However, Mio told Shinpei that the girl told Mio that there was something strange happening around her starting a couple weeks ago.
The girl told Mio that she saw a girl who was exactly like herself.
When Shinpei and Mio were talking about this strange story, a guy who walked by told them that it could be because of the “shadow”.
The “shadow” is an old legend on this remote island. It is said that if you see your own “shadow”, the “shadow” will come to kill you. So in order to avoid being killed by your own “shadow”, you will have to go to the guardian god on the island to be purified. Mio became frozen after she heard about the “shadow” from the guy. 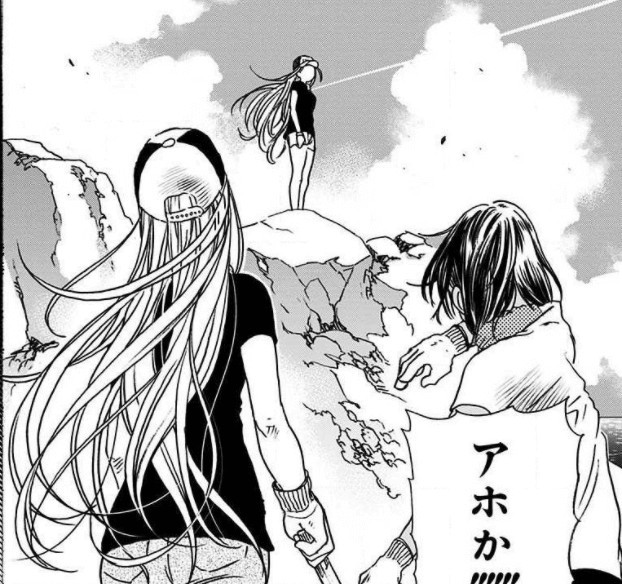 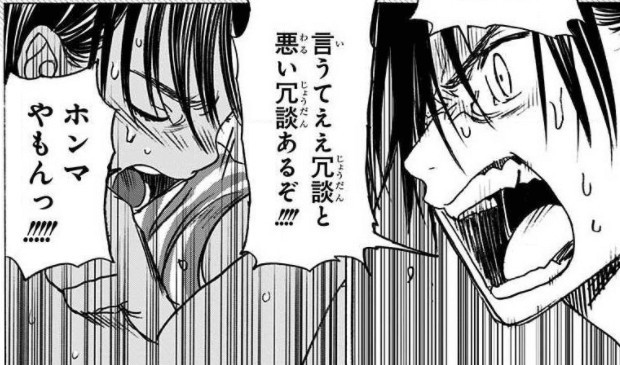 Suprisingly, Mio said that Ushio saw something that looked like herself 3 days before she died. It cannot be a joke – Shinpei screamed at Mio. But Mio was saying it is not a joke!!

On the mountain, they saw something.
What Shinpei saw made his fate turn around. 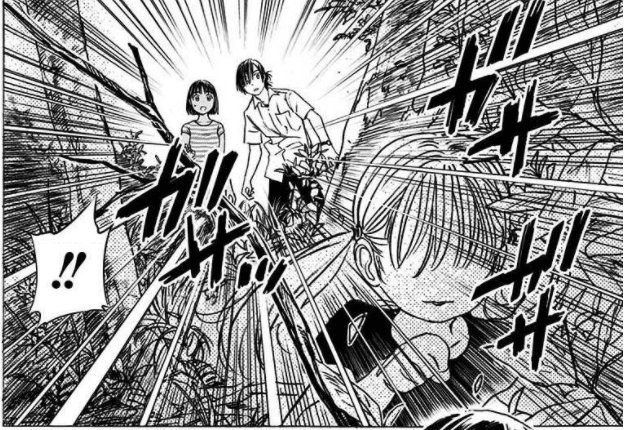 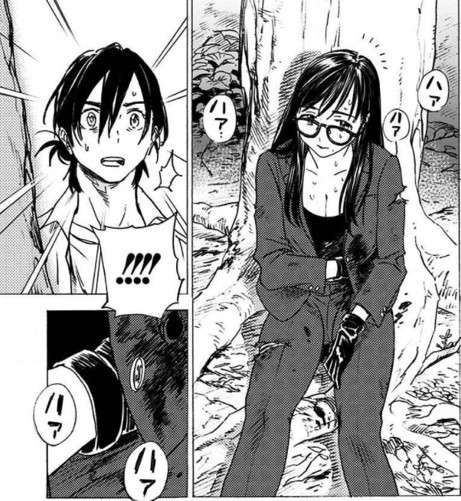 Mio and Shinpei went up the mountain to visit the shrine of the island god.
What they saw there was the missing girl who vanished with her family. They followed the girl and found another woman who was badly injured. When Shinpen tried to help her...... 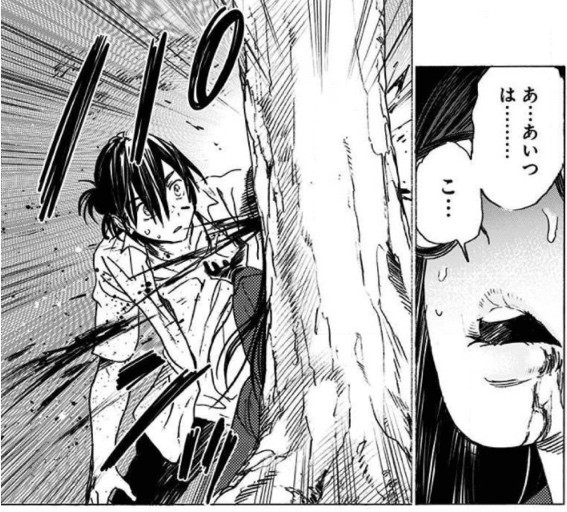 She was quickly killed by something. 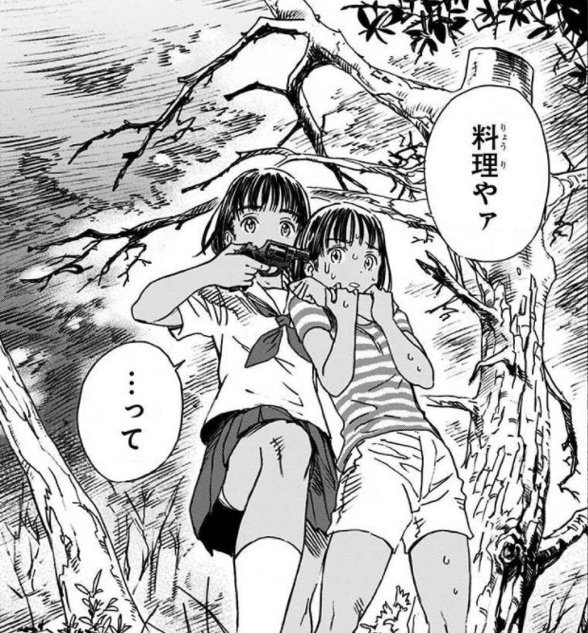 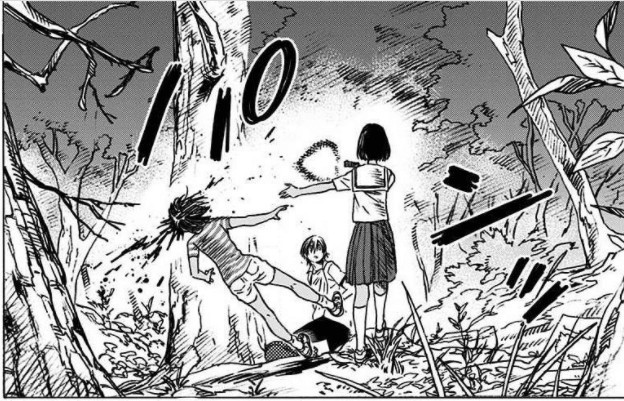 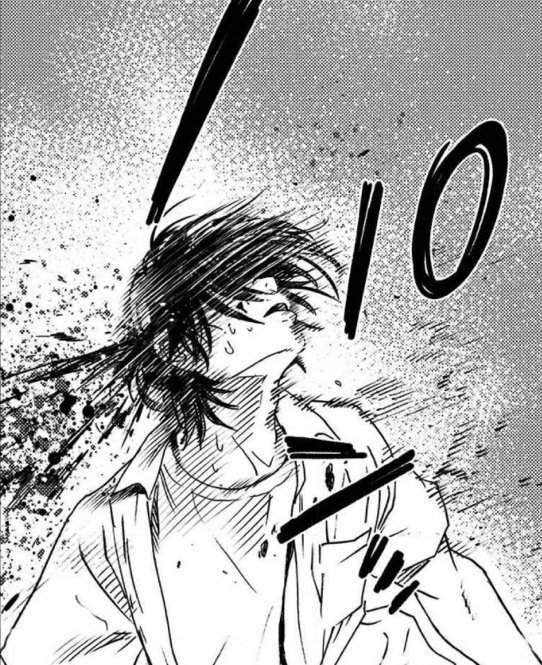 Without having a chance, both Mio and Shinpei were also killed by it,
Then...... 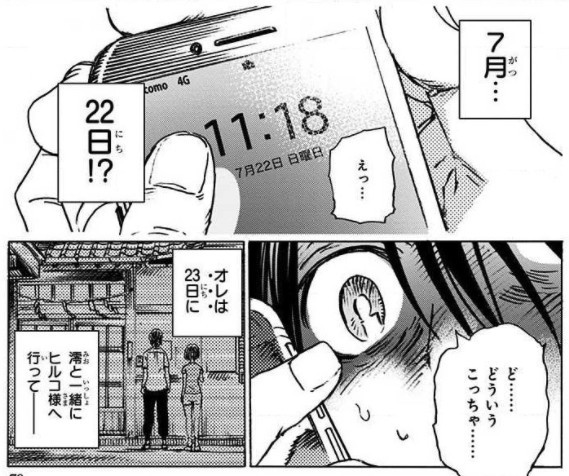 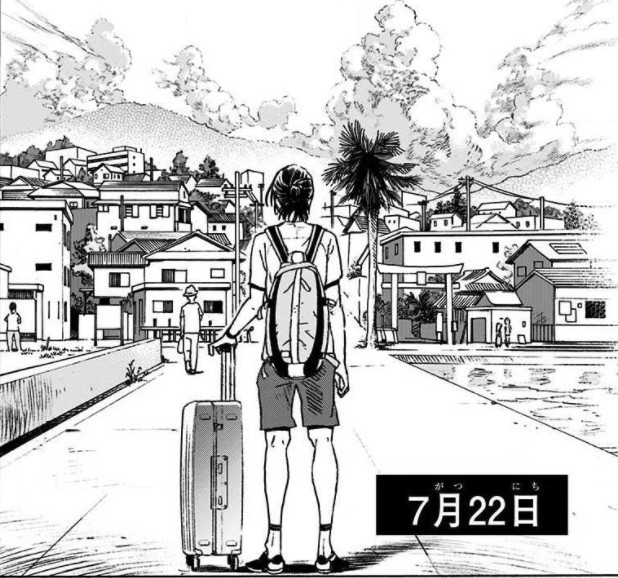 Shinpei woke up at the same spot he got off the ship at the port of the island where his friend’s funeral would be held.

Does it mean he time-leaped back to the past?

Yes!! Shinpei time-leaped to the past with his memory of the things that happened before being killed. Then, he attended the funeral again and tried to solve the mystery of this island.
What is the “shadow” lurking in this island? What is the purpose of the shadow? The story development is complicated and the level of completeness is very high as a mystery work. Once you start reading it, you cannot stop flipping the pages! It is a closely knit plot!
Summertime Render
▸

We look forward to both the anime adaptation and live-action adaptation!

Okay, thank you for reading until the end! I will see you in the next article!
Have a good day!!
Summertime Render