Hello, everybody!! What’s the important thing at your workplace……? Well, it’s to have a good restaurant nearby, where we can eat delicious lunch!! It’s Saori from Manga Republic!! 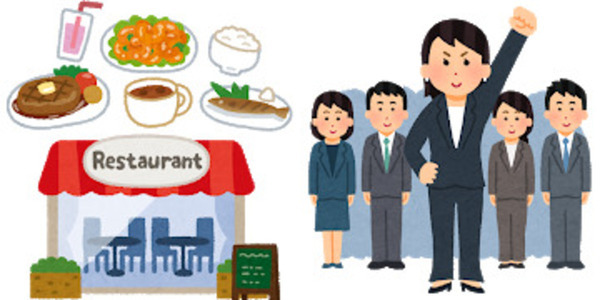 Hello, everybody. Well…… it’s whether we can get along with our colleagues. I’m Manga Republic’s Boss.

Yeah~ I guess there are so many important things at our workplace~! So today! We’ll be featuring a gag comedy manga, focusing on the episodes which happen in a Japanese company!

【Fall 2021 Anime】
OVER One Million Copies Issued!
Featuring a Gag Comedy by Two Characters with Opposite Personalities: Senpai ga Uzai Kouhai no Hanashi! 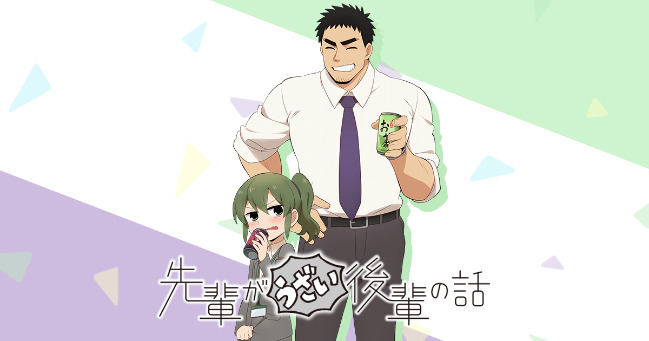 What Is Senpai ga Uzai Kouhai no Hanashi? 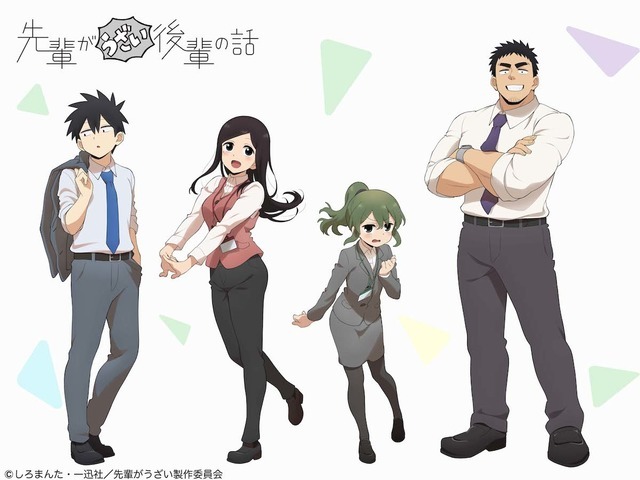 https://manga-republic.com/product/product_page_1329994.html
Senpai ga Uzai Kouhai no Hanashi is a “crazy-office” love comedy manga series by Shiromanta- Sensei.
It has originally been serialized online and it went viral, then it has been collected in comics! It’s become a winner in the web manga category of Tsugi ni Kuru Manga Awards in 2018, selling over one million copies! An anime television series adaptation is scheduled to premiere in October 2021.

wow~~~! Such a popular series, huh? One million is just amazing!!

The winner in the web manga category of Tsugi ni Kuru Manga Awards is quite an achievement too!! This ‘highly-rated’ manga will finally be made into an anime, huh?? Well, let’s take a look at what kind of story it is!! 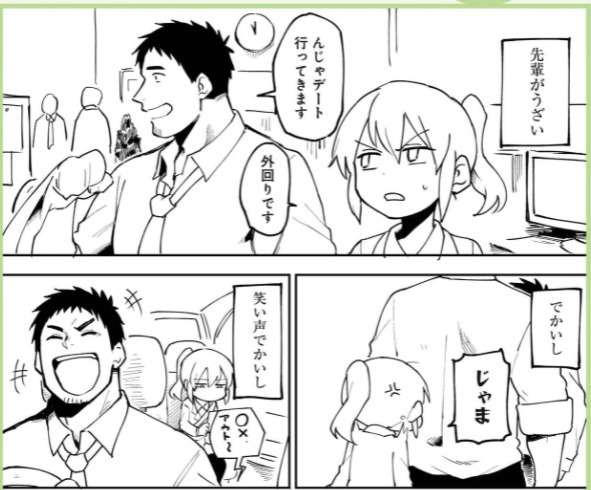 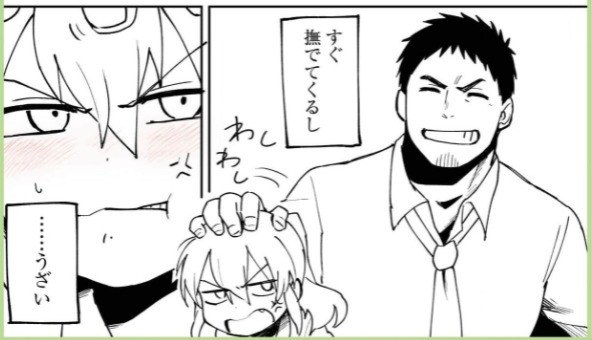 An office worker, Igarashi Futaba’s boss, Takeda Harumi, is annoying (according to Futaba)
He is huge, loud (especially when he laughs) and likes to stroke me.
But…… 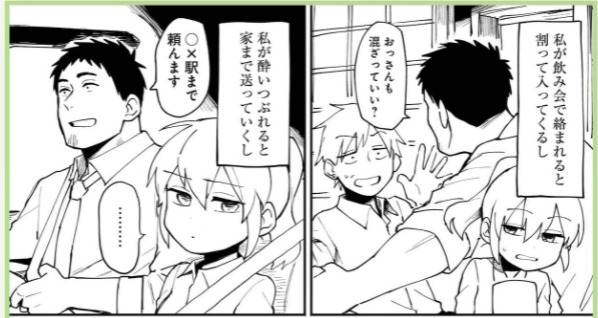 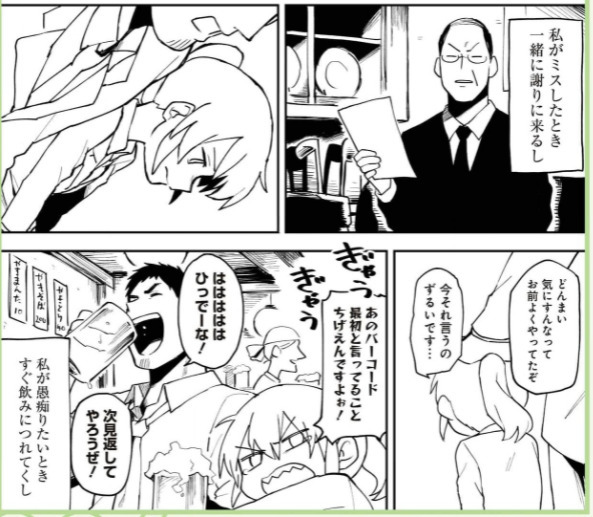 He actually tries to save Futaba when she’s teased by other drunken colleagues at the party and when she gets drunken, he brings her back home by tax. When she messes something up, he apologizes with me…… He is the one who listens to others quietly when they’re stressed out.
That’s Futaba’s boss, Takeda Harumi. 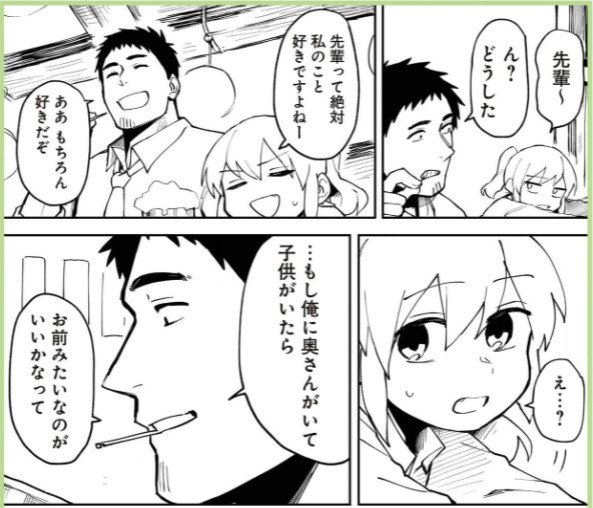 “I know you like me, right, Senpai~?”
“Of course, I do a lot.”
One day, Harumi nods at what Futaba casually says, smiling on his face.
“…… If I had a wife and a child…… I wish my child was the one just like you, Futaba.” 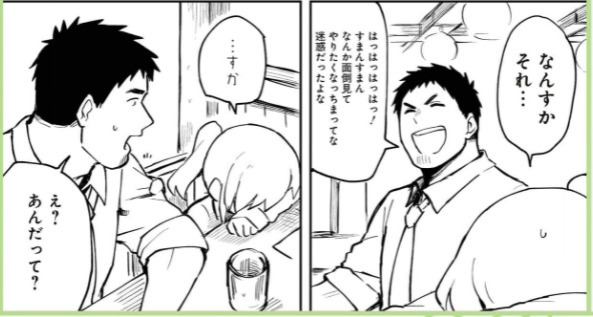 “What…… what is it all about……”
Amazed, Futaba flings herself face down on the table.
Harumi goes, “Sorry about that!” smiling cheerfully, which is even more annoying to her but a little frustrating at the same time. 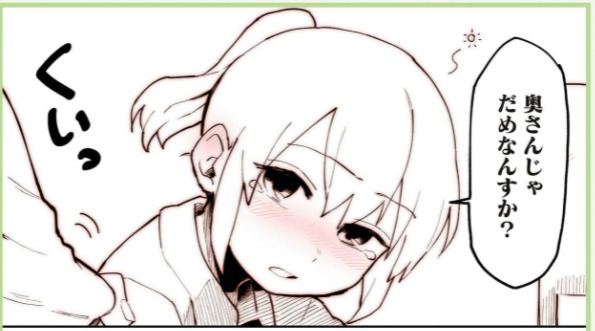 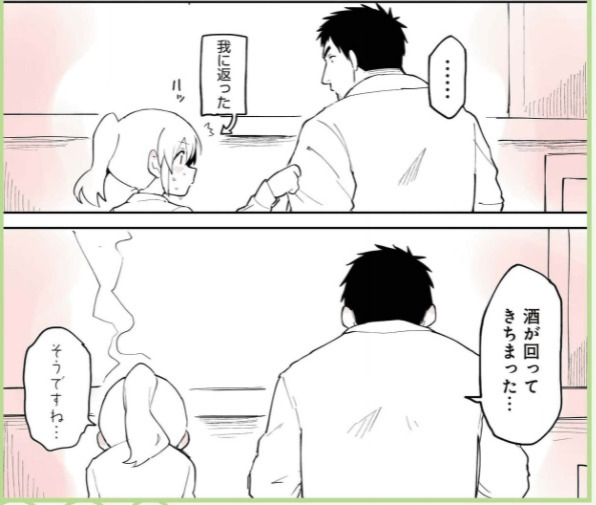 “Wouldn’t that be a wife?”
Harumi, who actually heard what Futaba said, pretends that he didn’t hear.
He is thoughtful and kind…… but a little insensitive.
This manga series is a gag comedy, focusing on such Harumi and Futaba’s little bittersweet and funny everyday life.

Wow~~ it is bittersweet, huh?? I wonder if Harumi-Kun actually doesn’t like Futaba-Chan……?

Mmm…… about that…… He seems to be worried about a little huge age gap between them…… But one of the best parts about this story is their unstable distance! We can never stop reading it! 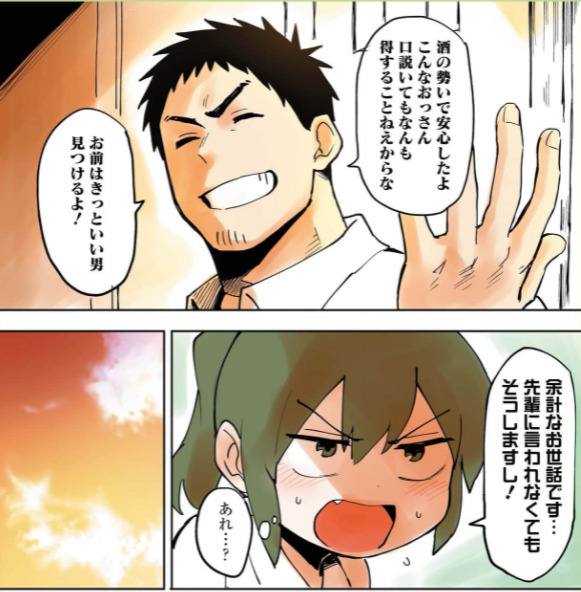 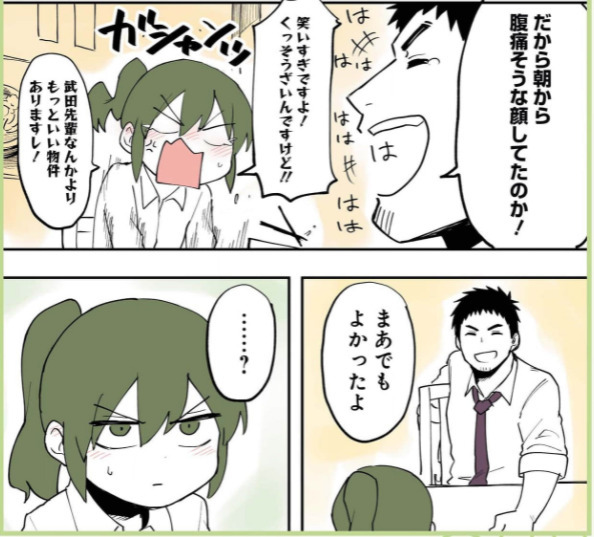