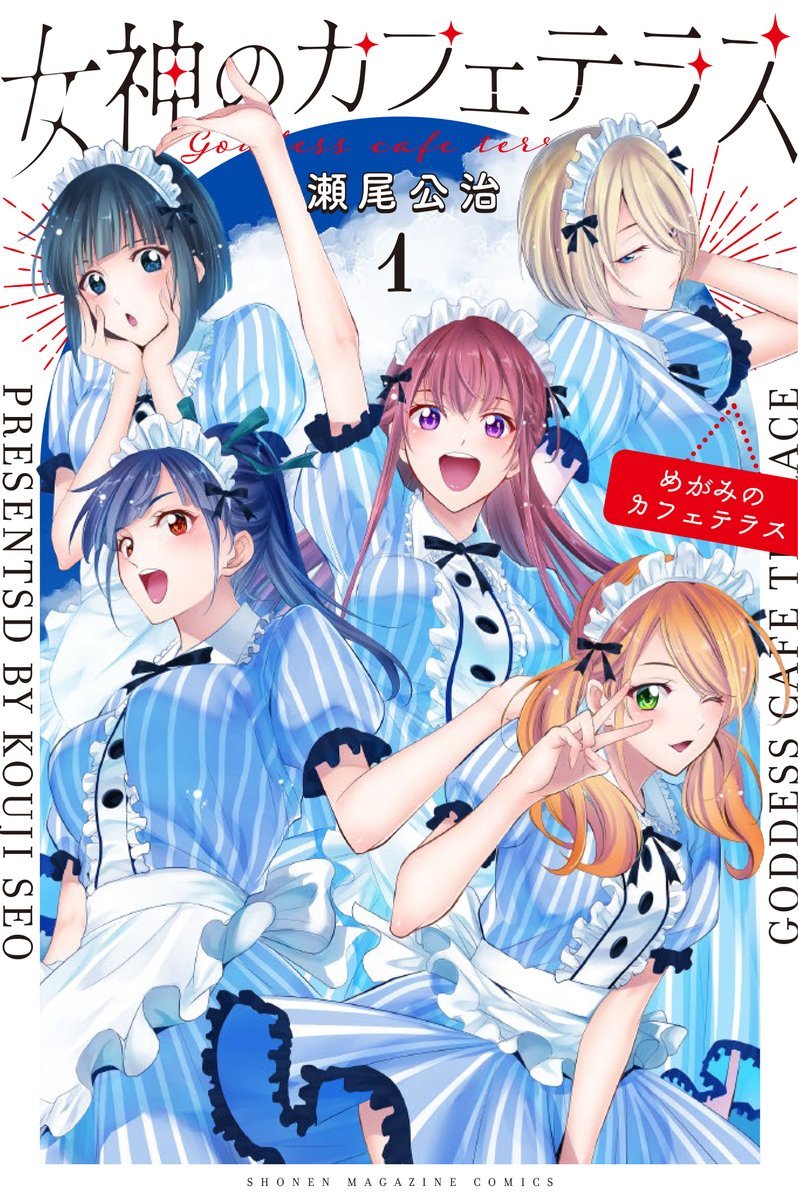 Too Many Heroines!
Now-HOT Seaside Love Comedy with Five Girls and an Unsuccessful Café! 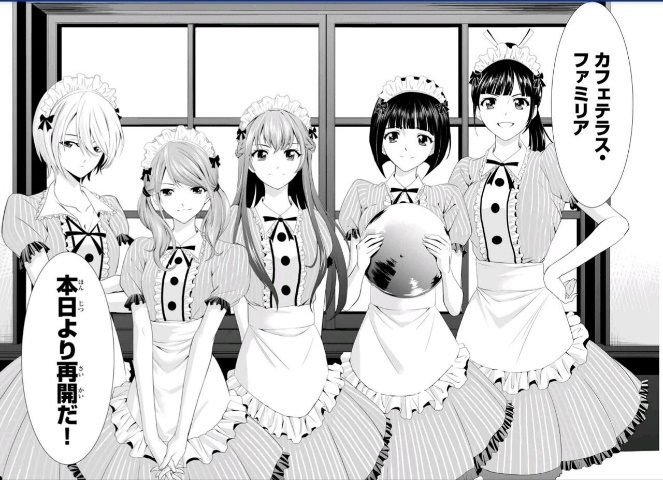 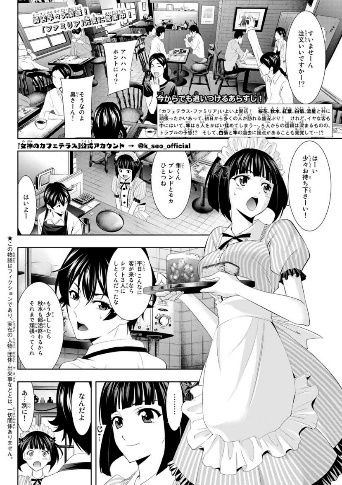 This popular love comedy has currently been serialized in Shonen Magazine! Its Volume 1 is now releasing!
The main protagonist will manage a café, which used to be owned by his late grandmother, with five heroines. Actually, the five heroines, having nowhere to go, were saved by his grandmother when she was still alive. Now the heroines will try hard to manage the café in return but……!?
Megami no Café Terrace
▸ 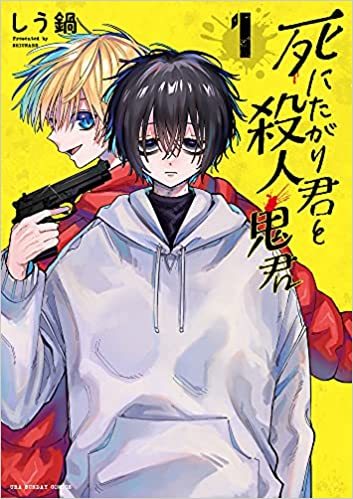 Now-HOT Action × Suspense Comic!
A Lonely Murderer Chose a Wanted Man with Reward, Wanting to Die, as His Friend……! 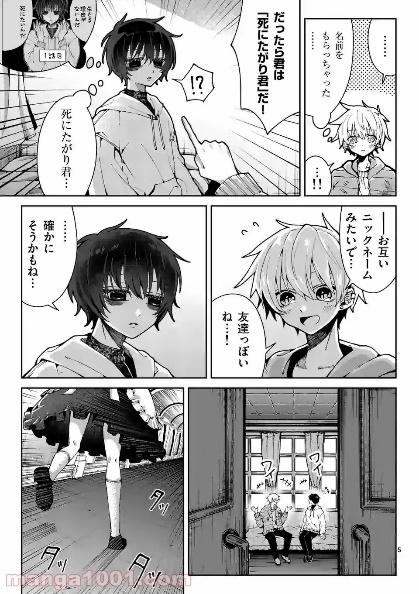 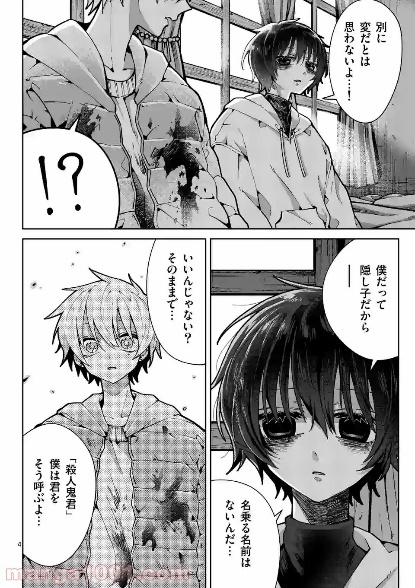 Now this action×suspense comic is going viral on social media, depicting a “weird friendship.” Its Volume 1 is finally coming out!
A lonely murderer has wanted a friend. The one he targeted was a wanted man with reward of 800 million yen! As long as he is by the man’s side, he might be able to make friends with other murderers who want to kill the man……? Such a thought by the murderer will lead to an unexpected direction……?
Shinitagari-kun to Satsujinki-kun
▸ 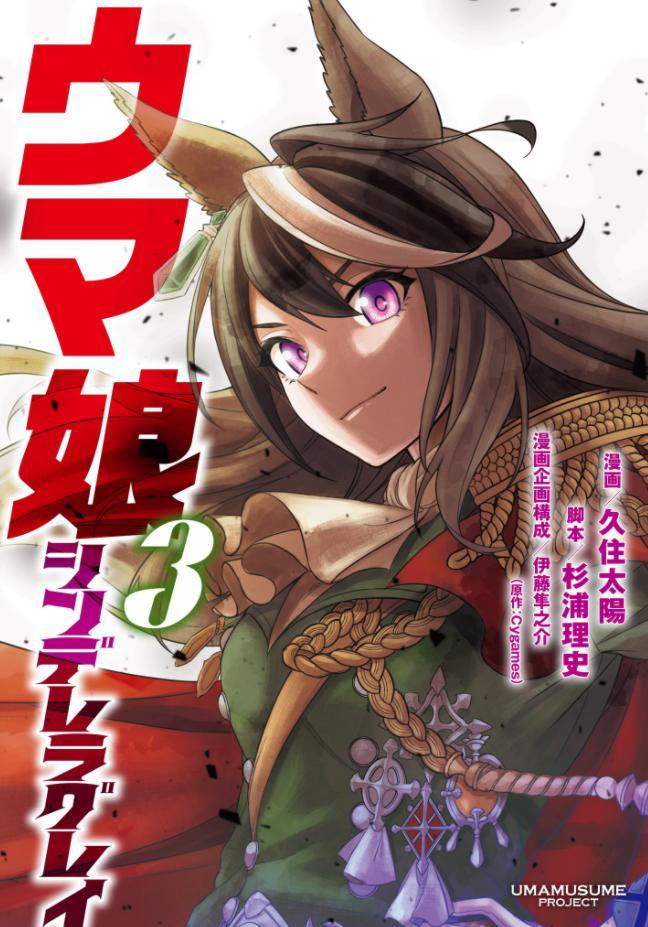 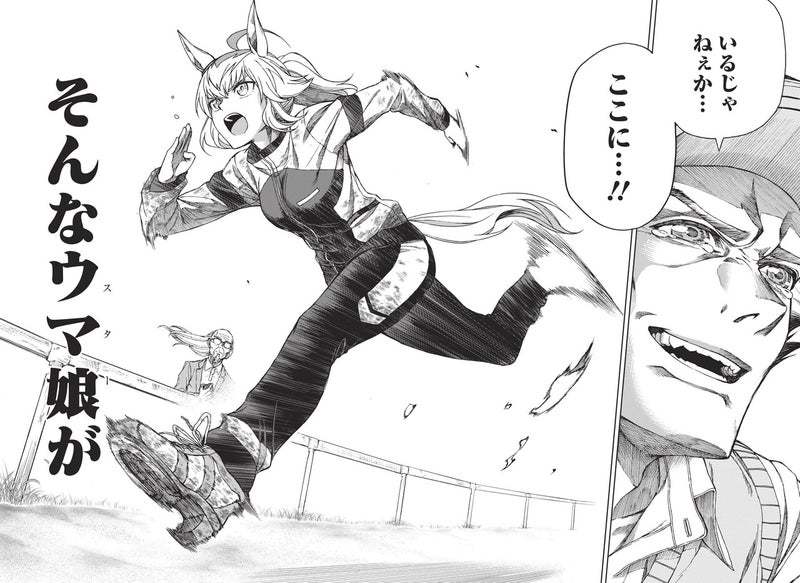 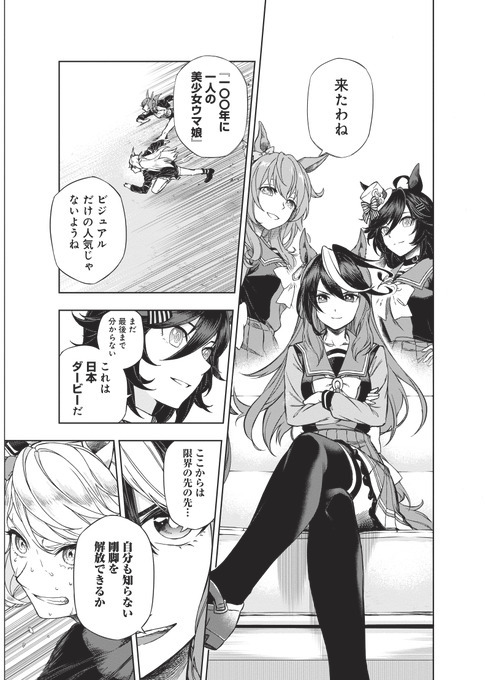 Uma Musume Pretty Derby’s Anime (Season 2) has ended and now its mobile game is releasing! Volume 2 of its spin off series, Starting Gate, is now coming out! The story focuses on a legendary Uma Musume, Oguri Cap, who wasn’t focused on in the anime series. Oguri Cap, who has started to race in the race track of the country side, will now play an active role with an extremely fast running and high potentials……!!
Uma Musume: Cinderella Gray
▸ 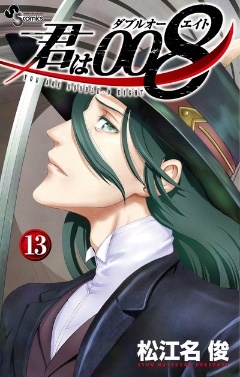 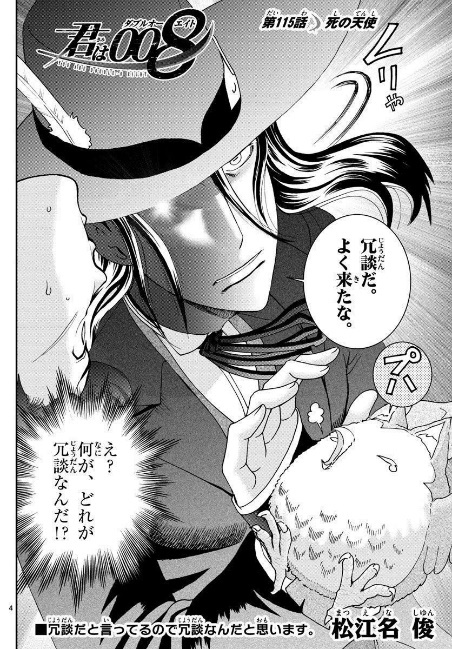 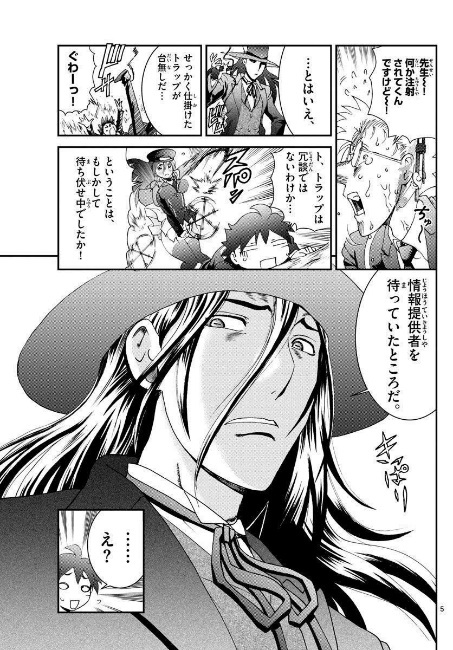 This spy action manga has currently been serialized in Shonen Sunday! Its latest volume will release at the end of May!
The everyday arc depicting in Volume 12 has ended in Volume 13. Now the main protagonists, Eight, will be assigned a new mission! In Volume 13, a mysterious gentleman, which can be seen in the cover as well, will visit the school! What on earth is his true color……!? It might be made into an anime adaptation soon? You Are Double-O Eight is so popular with such a rumor! Don’t miss out on it!
Manga Set
You Are Double-O Eight
▸
You Are Double-O Eight
▸ 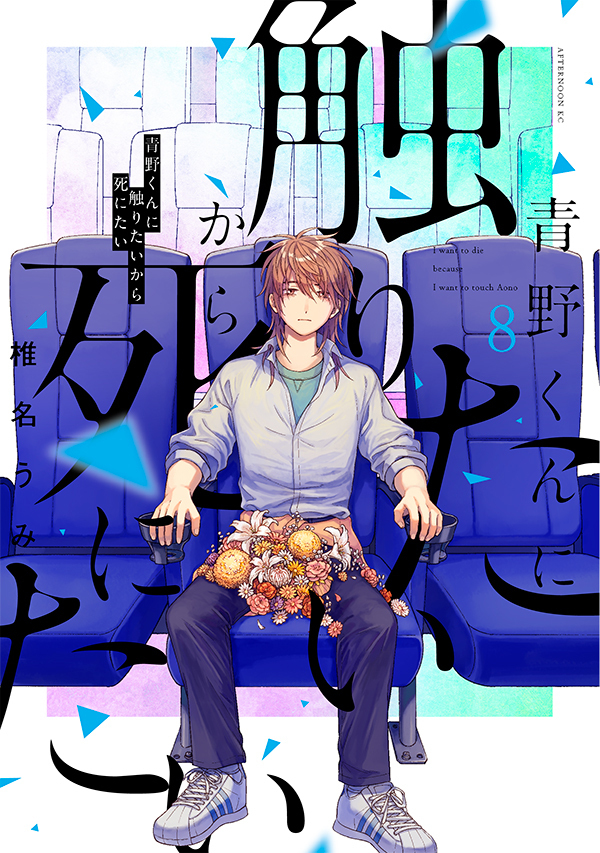 Unprecedented Love Comedy, Full of Humor, Craziness and Love!
It’s a Controversial Series, Depicting Eccentric Behaviors of a Girl, Being in Love with a Ghost……! 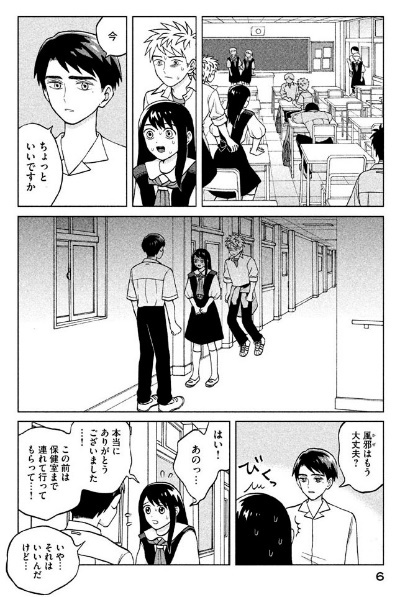 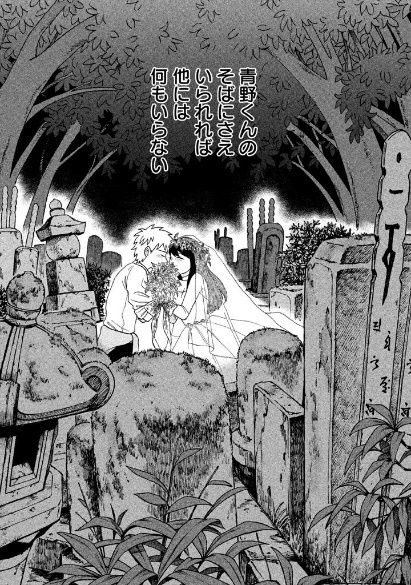 This is a No.1 horror × love comedy in this century, full of craziness! Its latest volume is now releasing.
The main protagonist is a high school girl, who has just started to date with a boy. However, that boy passed away due to a traffic accident two weeks after they started to date. But then, the girl sees him just beside her…… This is how the story starts. It’s a fun but disquieting love comedy. It’s such an exciting and thrilling story in a sense. Don’t miss out on the latest volume of such an incredible love comedy manga……!
Manga Set
Aono-kun ni Sawaritai kara Shinitai
▸
Aono-kun ni Sawaritai kara Shinitai
▸ 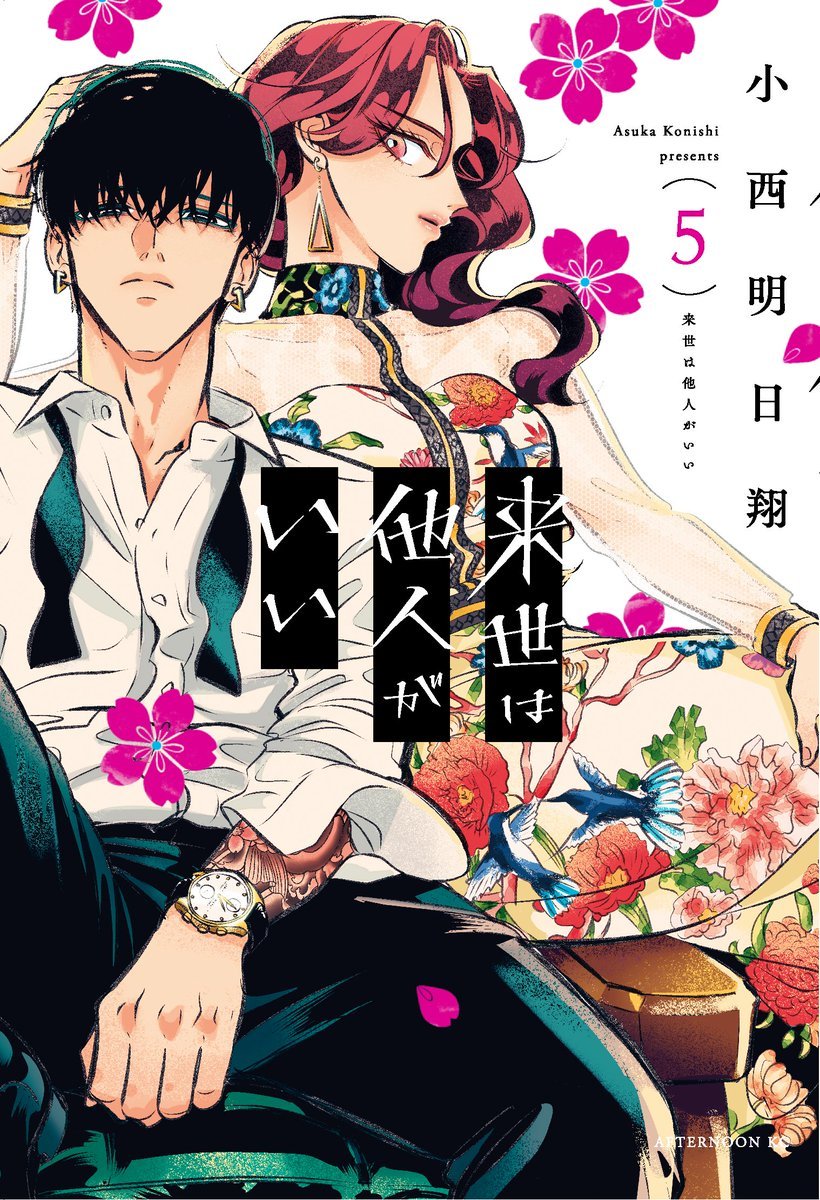 Is It Really a Love Story?
It Is a Bloody Love-Hate Drama in Yakuza World. 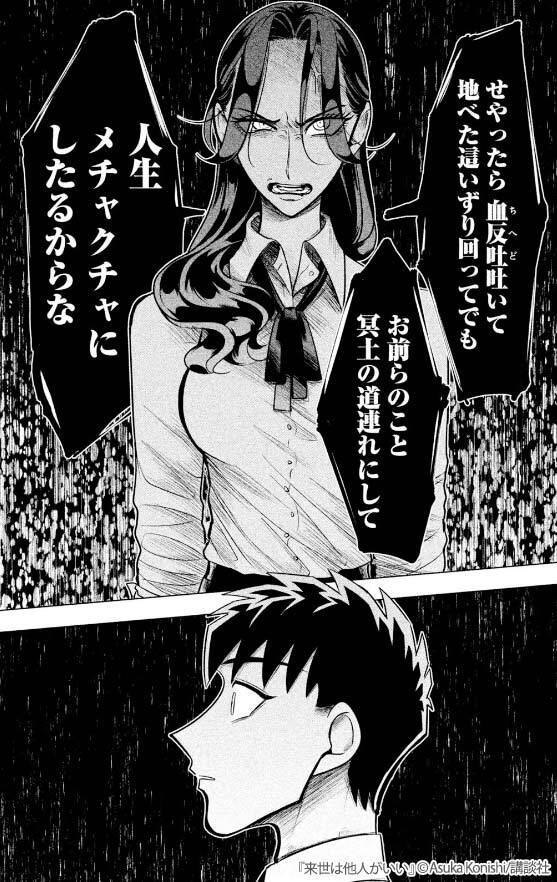 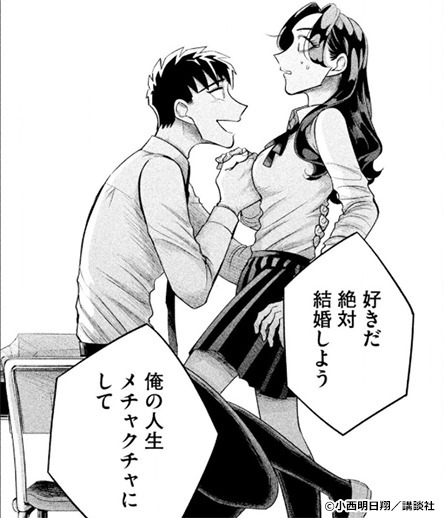 It’s quite a hit with one million copies sold in 2020 while it’s a “controversial series.”
The granddaughter of the leader of the Osaka-based Group, the Kansai region’s largest yakuza organization, happens to get engaged with the grandson of the leader of the Kanto’s largest yakuza organization. The grandson changes his attitude toward her once he realizes that the granddaughter is a “boring woman.” Once they’re looked down, it’s the end. What on earth is the granddaughter going to do next……? This story has no pure-love, sad or heartfelt element, although it’s a “love” story of these two.
Manga Set
Raise wa Tanin ga Ii
▸
Raise wa Tanin ga Ii
▸ 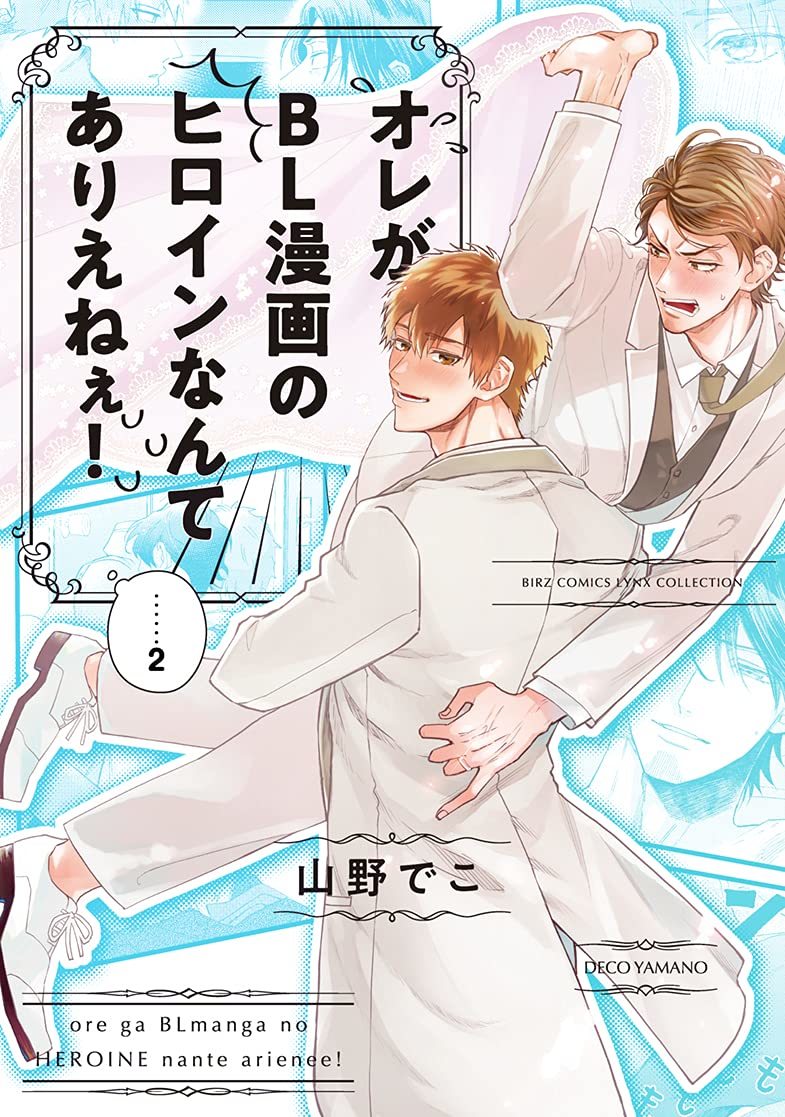 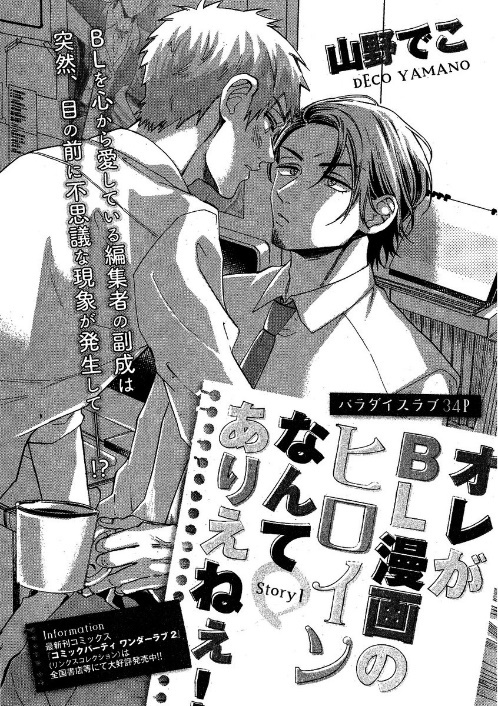 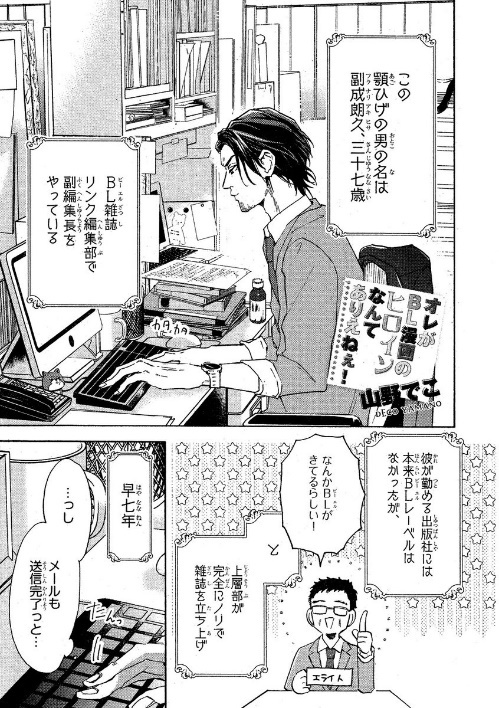 Two male office workers who love BL manga turned into the heroines in BL manga……!? One day, an office worker noticed there was a “frame” right beside him, which can be seen in manga…… When he reads it, he finds out that he is the heroine of a BL manga and is loved by his co-worker!? Although he loves BL manga, it’s his very first time to be in the BL world! Volume 1 was a big hit! Now the story of such an incredible BL manga world will be developed in Volume 2!
Ore ga BL Manga no Heroine Nante Ariene!
▸