Hello everybody. As a famous murderer, I would pick out Jack the Ripper. I’m Manga Republic’s Boss. 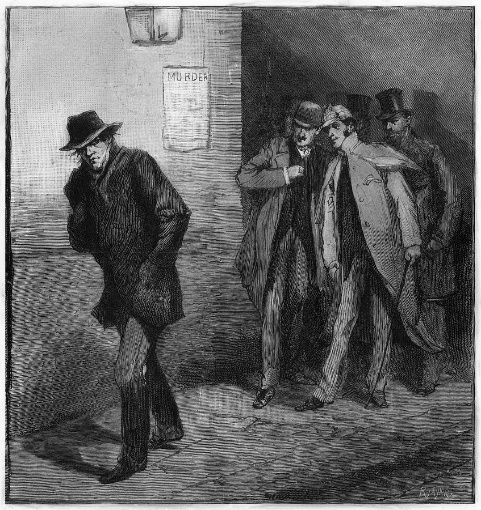 Hello everybody~!
Well…… I would pick out Jason Voorhees from FRIDAY THE 13TH. It’s Saori from Manga Republic. 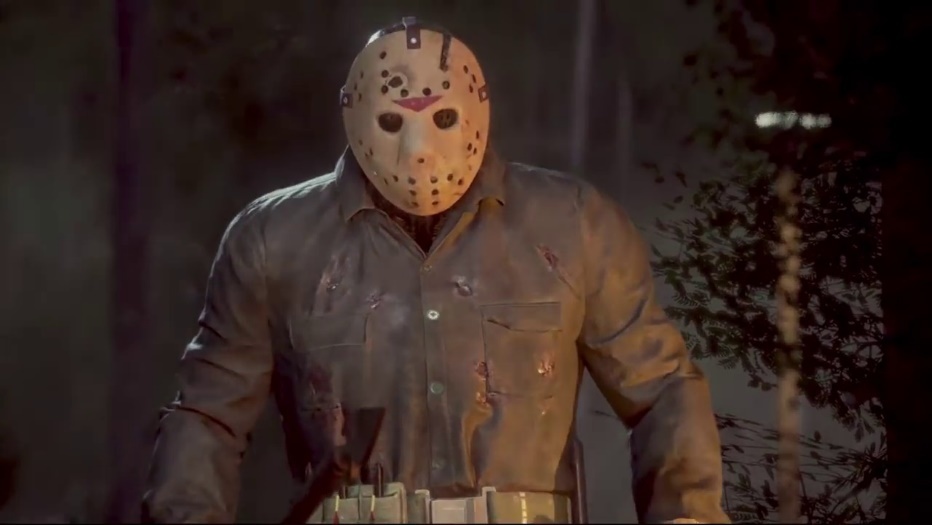 If we actually see the murderers in a real life, it would be so scary (of course) but so many movies, novels, drama or manga use it as a theme, huh?

Yes…… Maybe because we don’t see them in a real life, we come to get curious, wondering ‘what kind of people they are?’ or ‘what kind of action they would take?’……
So there’s one Japanese manga series whose theme is the ‘murderer,’ going viral now! The illustrations are beautiful and above all, the characters of the ‘murderer boy’ is so good!

【Now HOT】
The Boy Is a Lonely, Beautiful “Murderer.”
What Is Akai Kiri No Naka Kara, Now Going Viral in Japan? 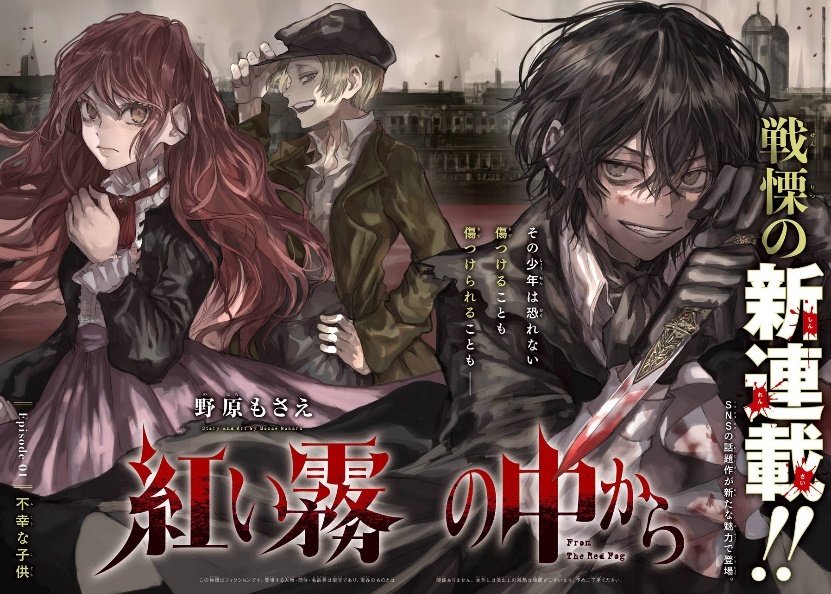 What Is Akai Kiri No Naka Kara? 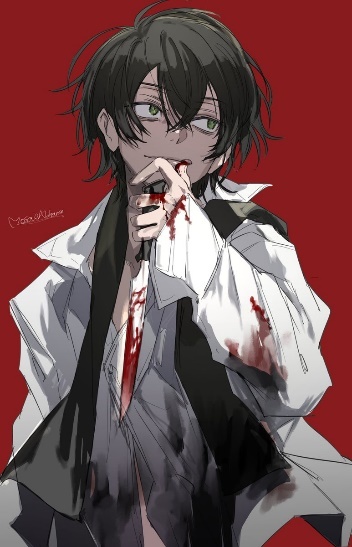 “Akai Kiri No Naka Kara（紅い霧の中から）” is a Japanese manga series, currently serialized in G Fantasy. Soon, Volume 2 will release but so many fans have already been attracted by this series as a “now-hot series” when Volume 1 released.
The manga artist, Nohara Mosae-Sensei, is famous for drawing illustrations in a beautiful and ephemeral atmosphere with lively characters’ facial expressions. FYI, she has joined the work, Disney Twisted Wonderland Anthology vol.1 as an illustrator too.
Disney Twisted Wonderland Anthology vol.1

Wow~! So this series is made by such a popular manga artist, huh?

This story is full of Mosae-Sensei’s beautiful, ephemeral and cruel illustrations and attractive characters!
If you think ‘This is the type of the story I like,’ you will be addicted to it, for sure! 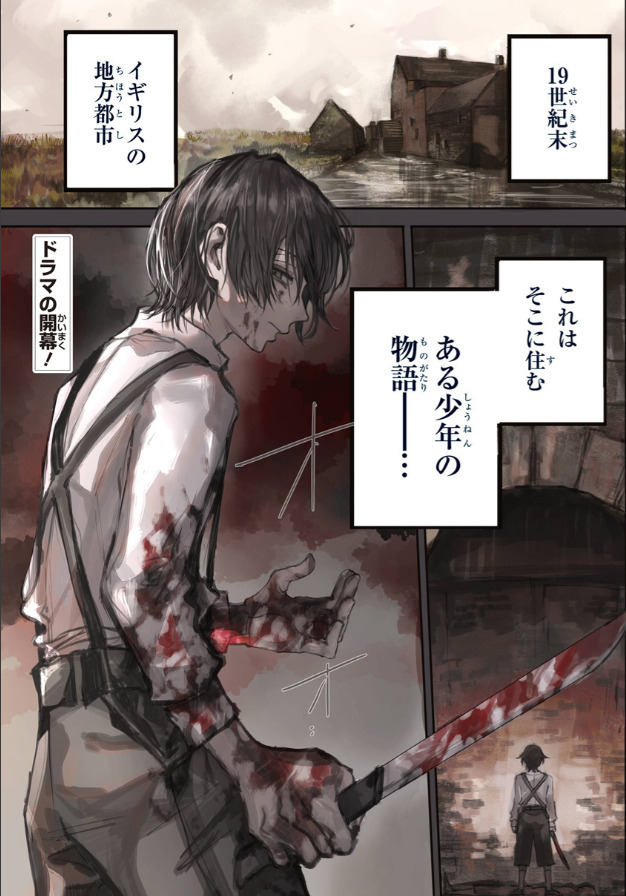 The story is set in the end of 19th century. One incident occurs in the region in England.
The main protagonist is the “murderer” boy, who lives in that region. 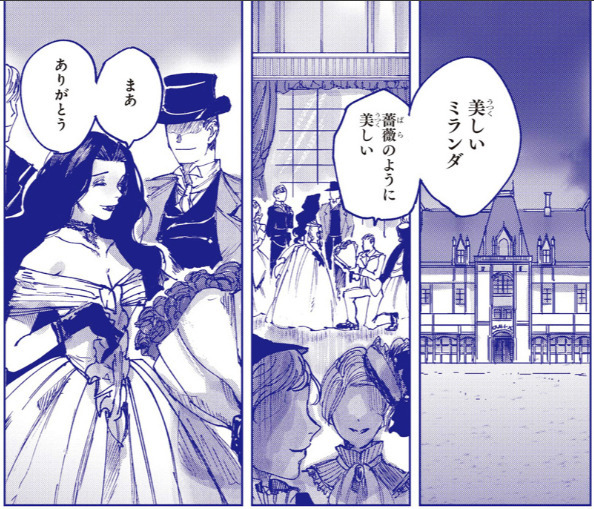 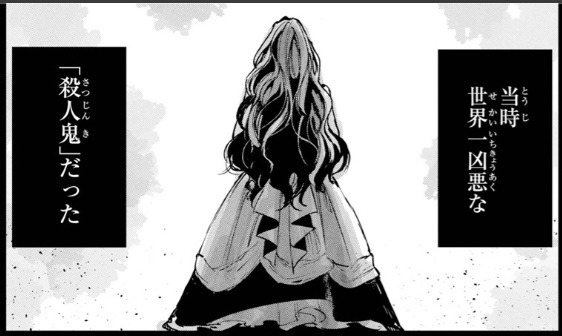 His mother used to be the most vicious “murderer” in the world. 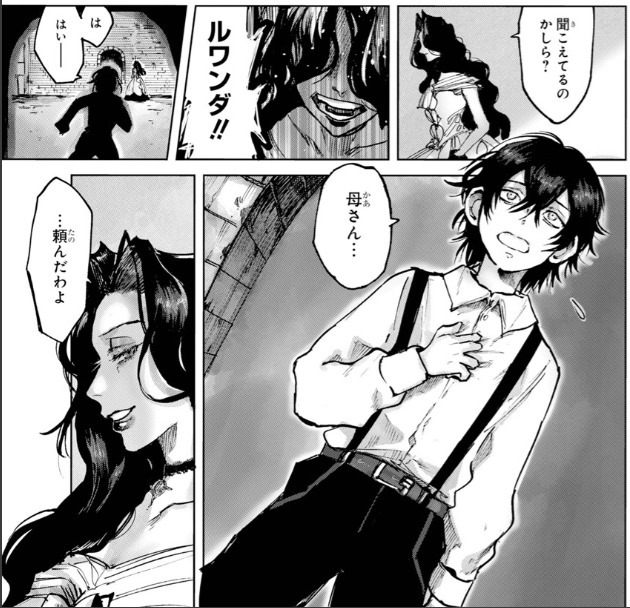 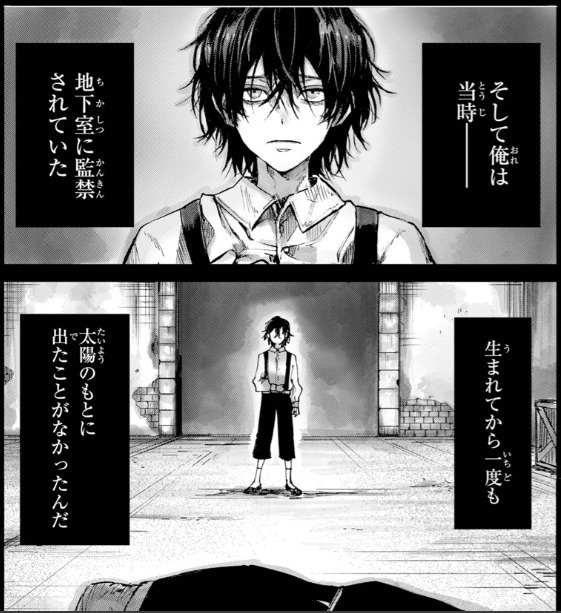 And her son, Rwanda, has long been confined in the basement.
While her mother goes out for a fancy party every night, Rwanda is busy taking care of all the dead bodies in the basement. He talks to his mother only when it’s necessary and she even entrust a babysitter for making food and giving him education.
One day, a thing happens. 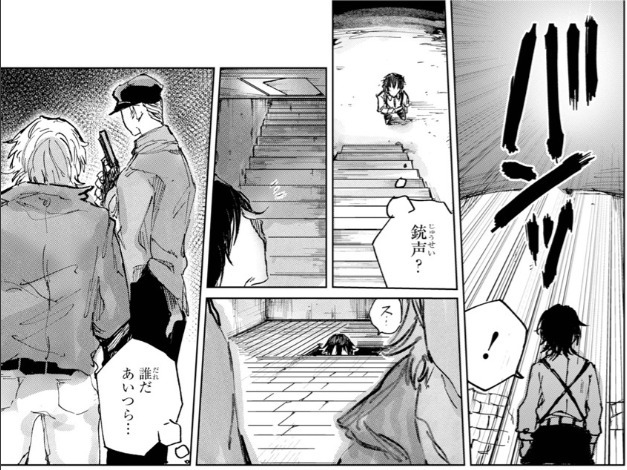 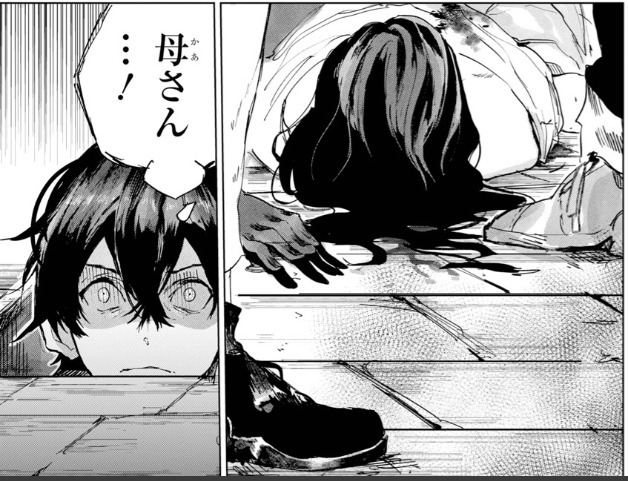 A robber? Or an acquitance?
His mother is shot by multiple men, who show up all of a sudden.
Looking at what has happened, Rwanda thinks for the first time.
“I gotta get out of here (basement).” 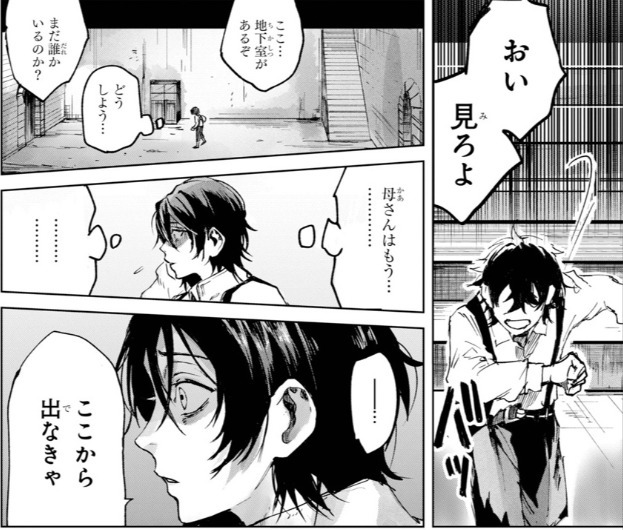 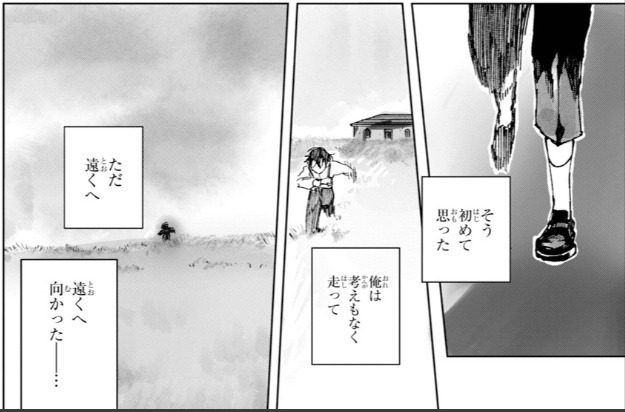 Rwanda leaves his house for the first time in life, running away from those men.
He just keeps running, running…… and finds out that he is in a town, which he is not familiar with. 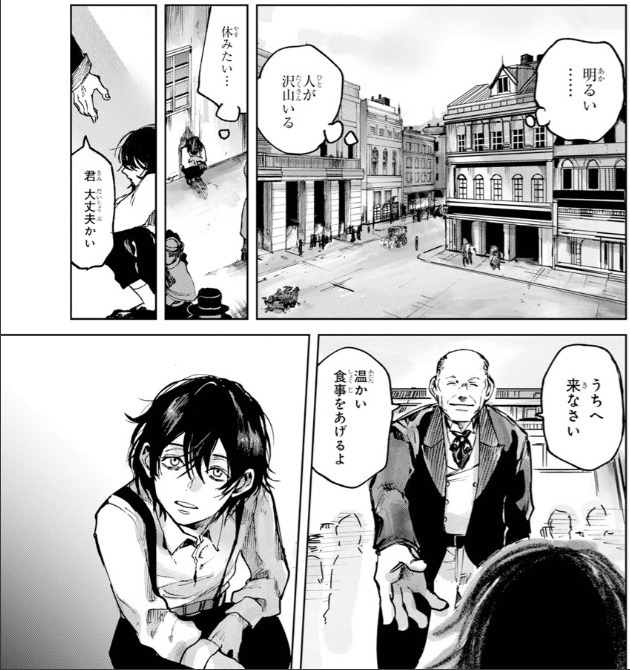 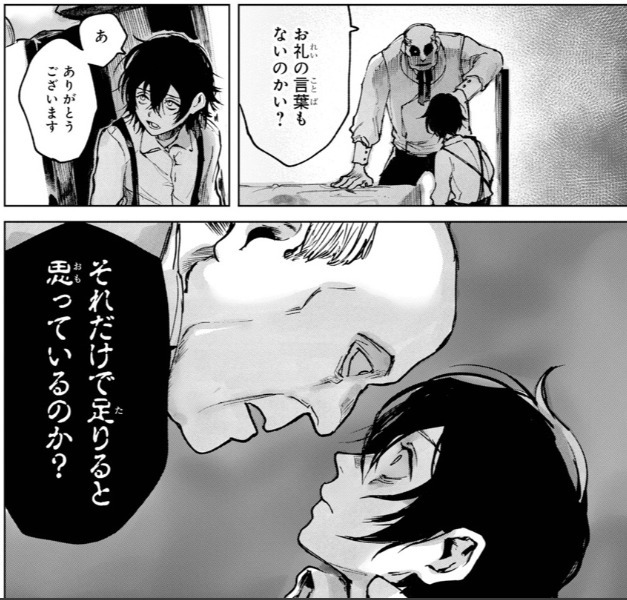 Not knowing what to do, a kind man invites him to his house and feeds him. Then the old man said to him, “Let’s enjoy playing together.” 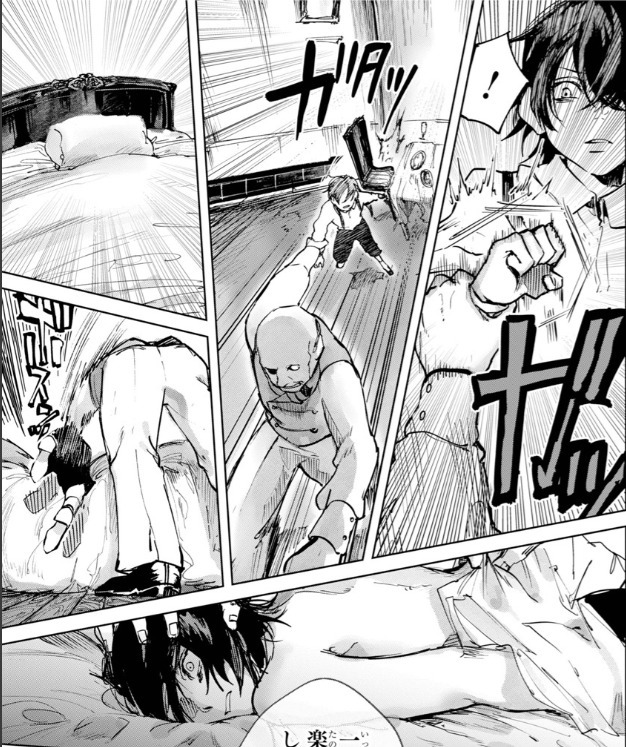 But it was a “trick.” Rwanda “was deceived.” 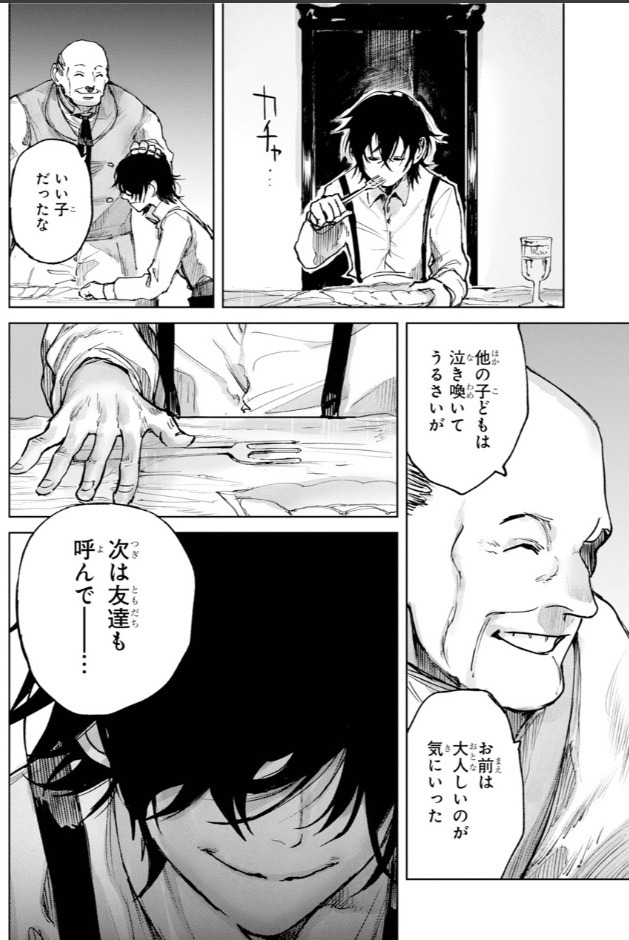 When everything is done, the man gently strokes him.
And he said to him, “You were a good boy. I like you.” Then Rwanda…… 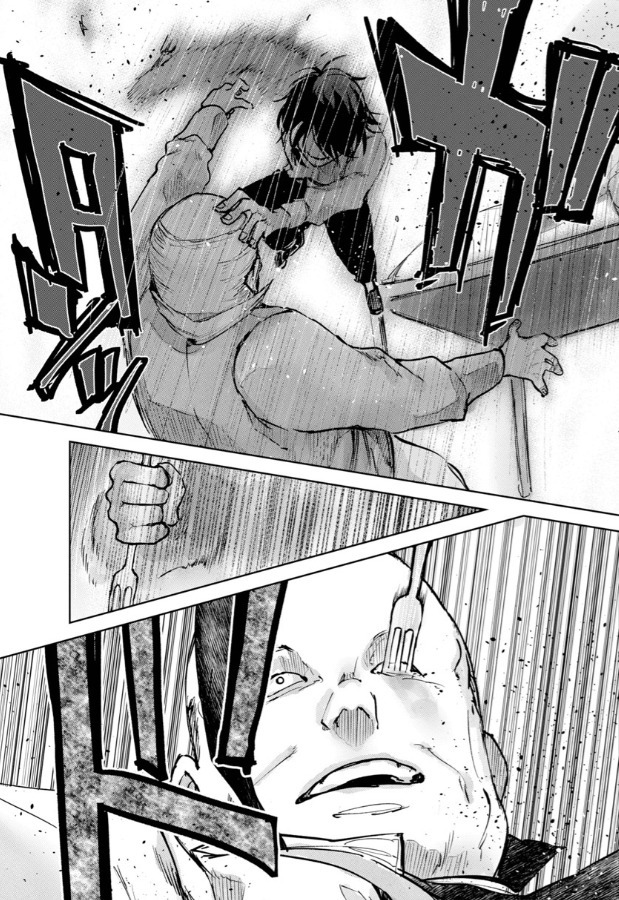 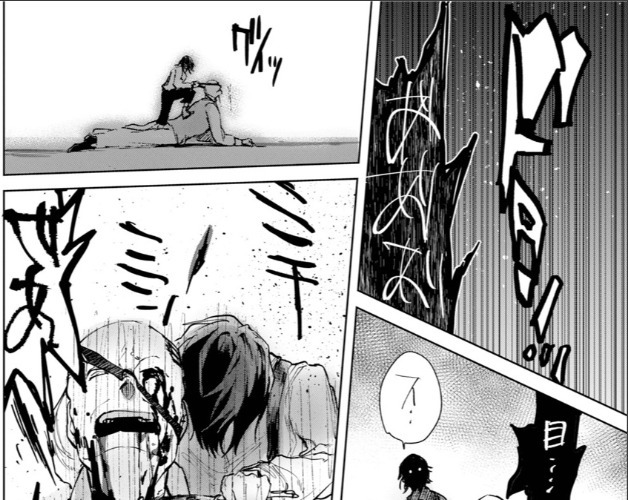 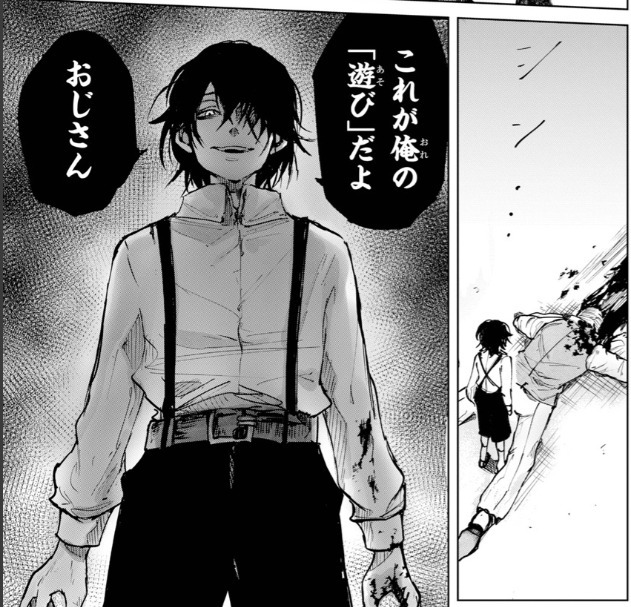 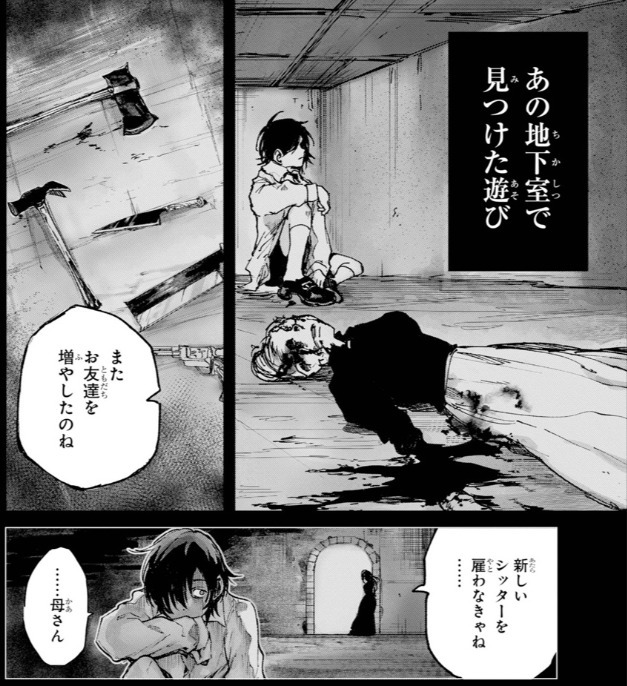 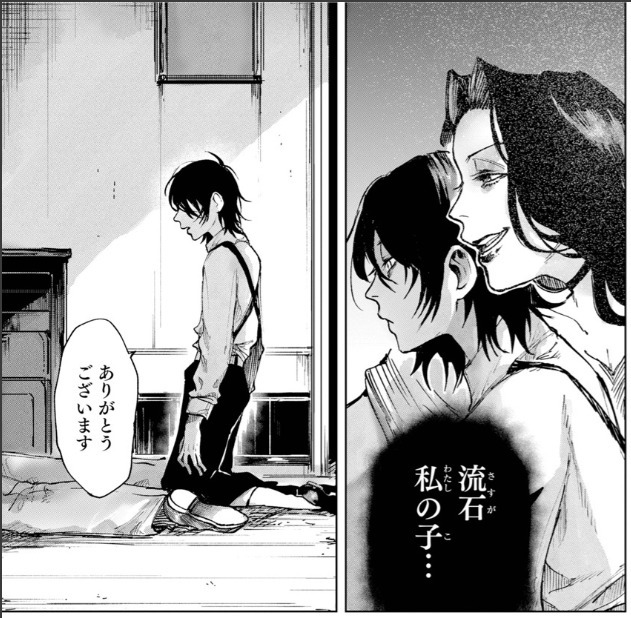 Actually, Rwanda also started to murder their babysitters, just like his mother would murder someone in the basement. His mother would give him a compliment, looking at what he did.
“That’s my boy……”
For Rwanda, murdering is a play and a communication with his mother and…… it’s become something precious for him before he notices. 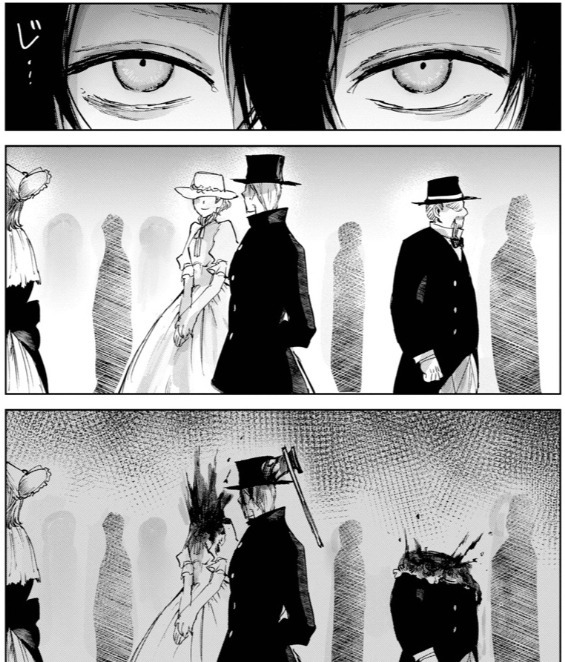 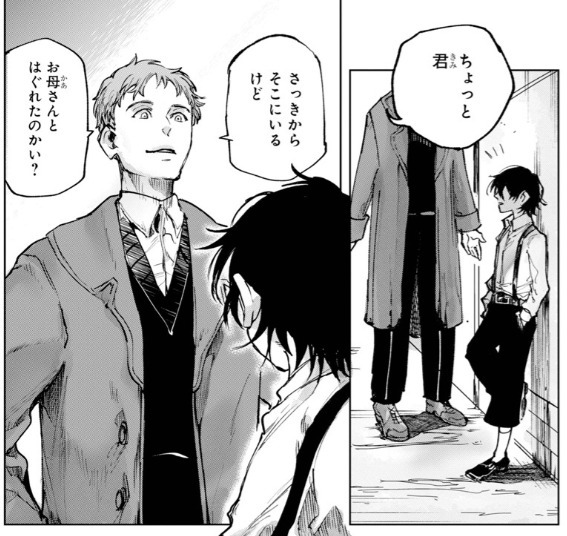 Now Rwanda is free and he stares at people walking in town.
Meanwhile, a young man talks to him. His name is Will. He says that he runs the orhpnage for the orphans who have lost their parents from the war. 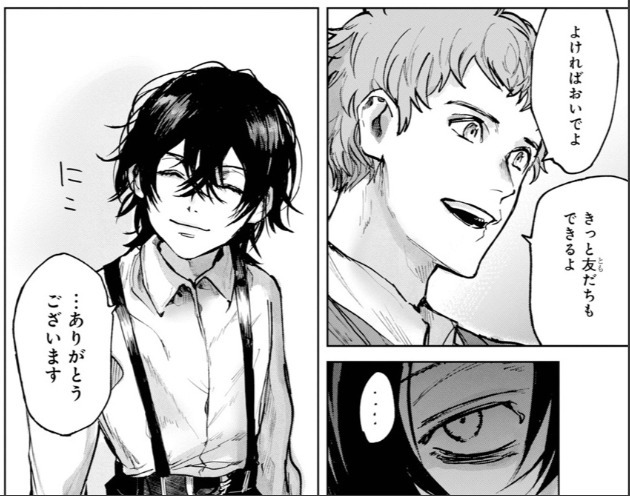 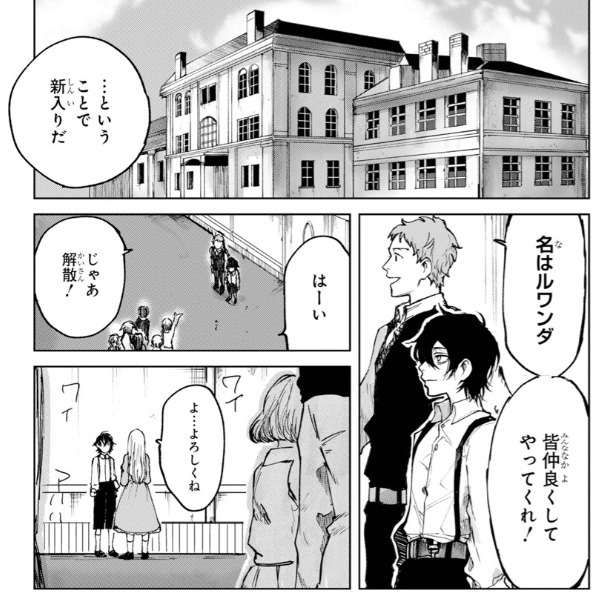 Now Rwanda decides to live in the orphanage, accepting his offer.
There are 11 orphans who have the same situation.
With a warm bed, a little noisy but lively every day life with delicious meals…… Rwanda has been satisfyed with life there as an orphan. 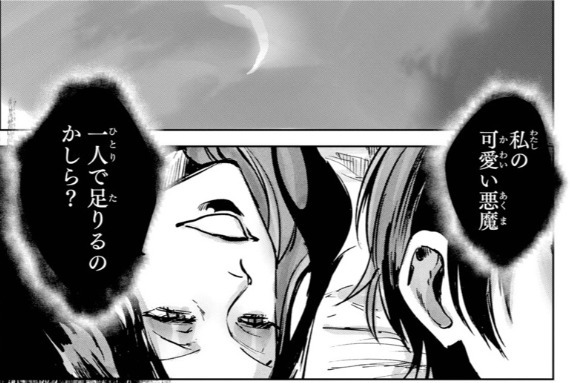 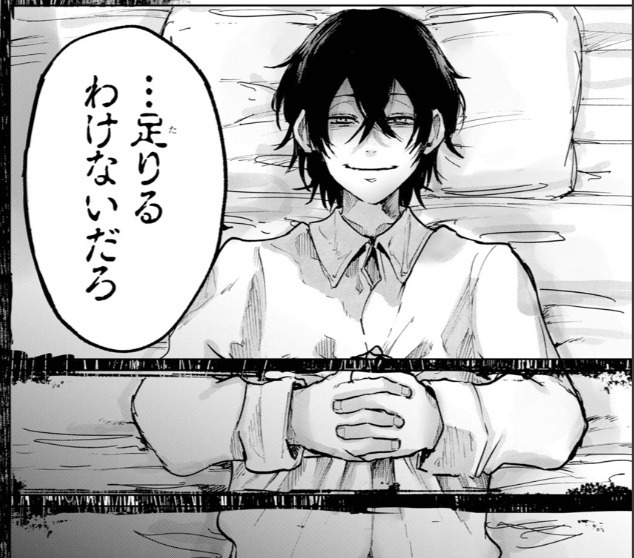 Except for his “urging to murder.’

Rwanda’s attraction is that he is still ‘immature’ while having an overwhelming murdering ability. Even though he urges to murder people, he is just a little boy.
Therefore, he still become unstable when someone gives him words or he even has a warm emotion which he hasn’t felt before…… What’s gonna happen to Rwanda from now on? You will definitely wonder that if you read this story. I bet you will be addicted to it!! 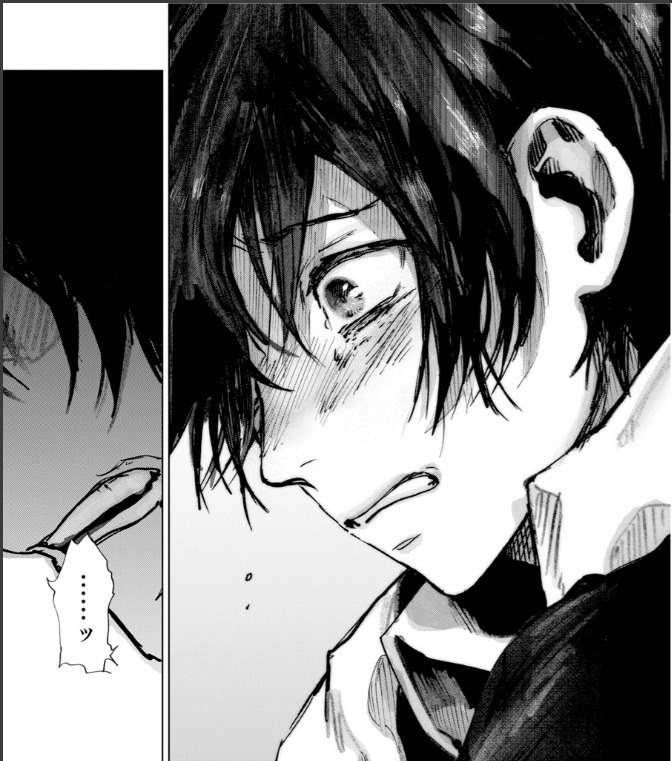 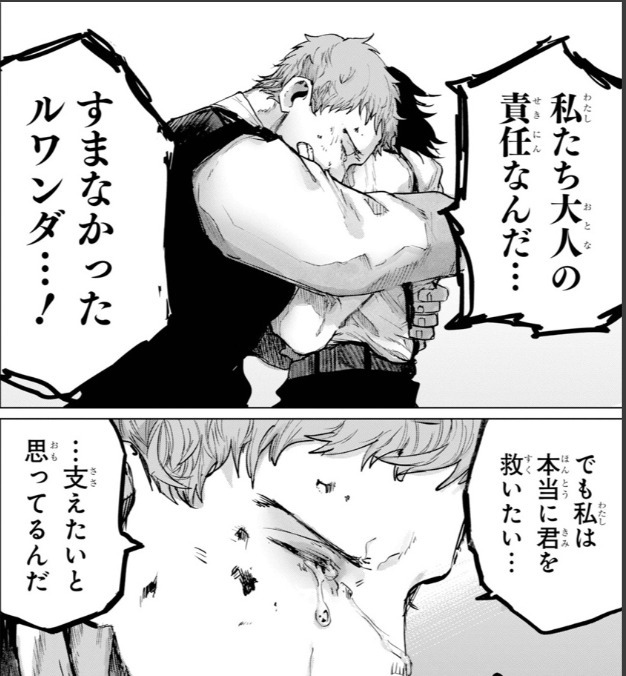 I wonder if this will be made into an anime…… I bet it will. I read Episode 1 but it was so interesting and can’t wait to read Episode 2, already. I wonder if Rwanda ends up becoming happy after all…… It might be too late, though……

Already! This is all for today! We’ll see you all at the next article!!
Bye-bye~!
Akai Kiri No Naka Kara