Hello everybody. We’ve been featuring Spring 2021 Anime but from this article, we’ll share Summer 2021 Anime with you guys! I’m Manga Republic’s Boss!

Hello everybody~! Summer 2021 Anime…… they are the ones starting to air around July this year, huh? We still have time until then so I’m thinking of getting comics if I find any good one so I can share them with you guys! It’s Saori from Manga Republic!

Well, a summer anime series, which we’ll be featuring today is…… Am I slave even if I got incarnated into the different world!? One of the hottest ‘Black company × dungeon Fantasy’ manga series is now animated!! 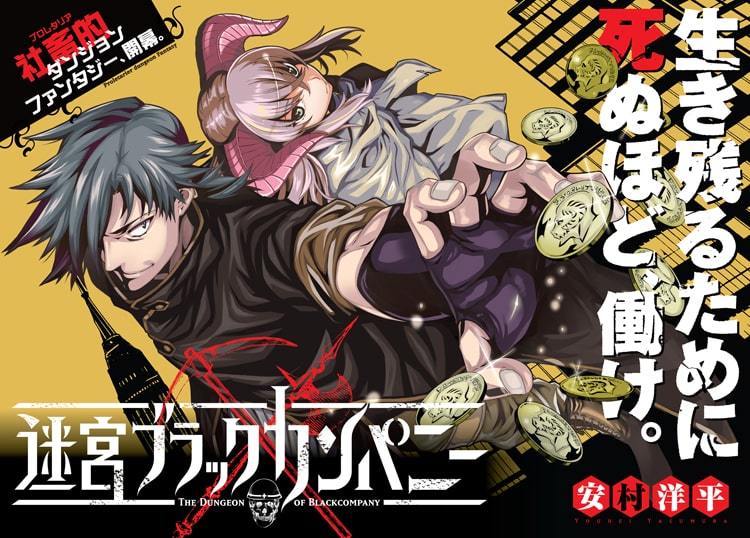 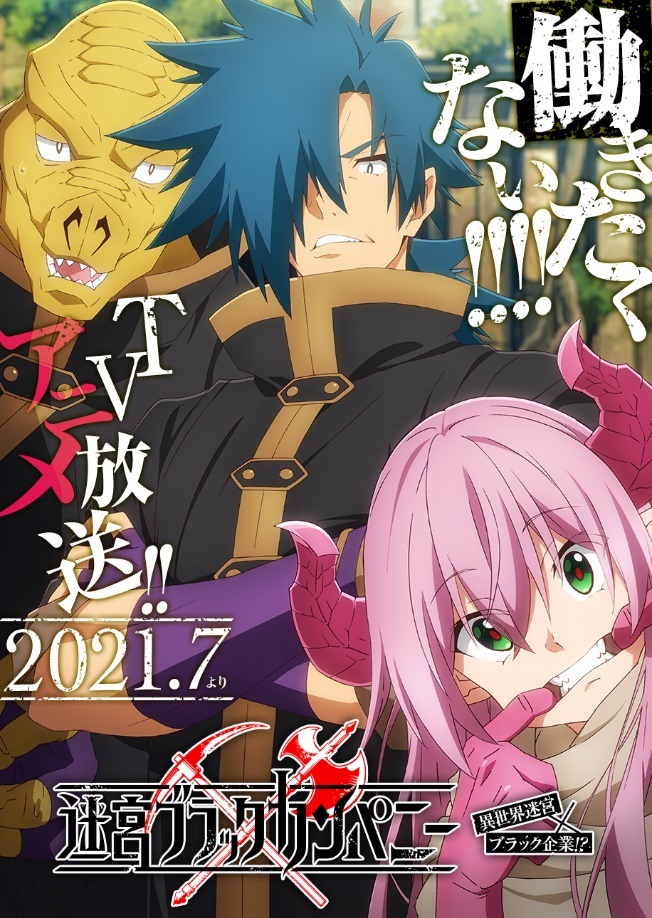 I think the ‘incarnating into the different world-type’ manga, whose original is not the light novel, like this series, seems rare……

(Actually, it’s not the incarnating-type but) yeah! It started to be serialized around 2016 so it’s relatively new. The comics have released only six volumes and this is already animated, it’s incredible, huh……? Well, let’s check out what kind of story it is!

A man lives on the highest floor of an expensive apartment house in a city. 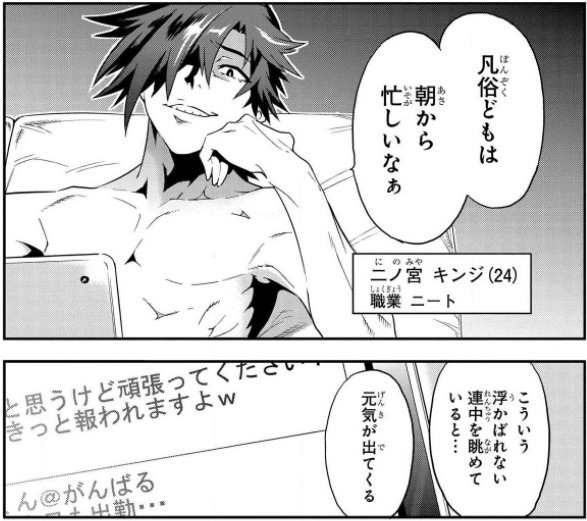 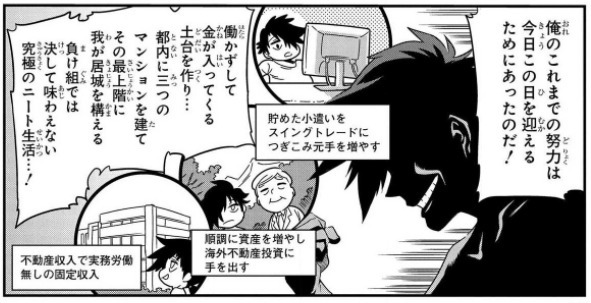 His name is Ninomiya Kinji. He does…… nothing for living!
He has got stable income from the investment to the real-estate with his saving, so he can just enjoy the rest of his life without working. That day, as usual, he is feeling good, looking at all the complaints by people who work hard on social media.

One day, Kinji finds himself transported to another world. 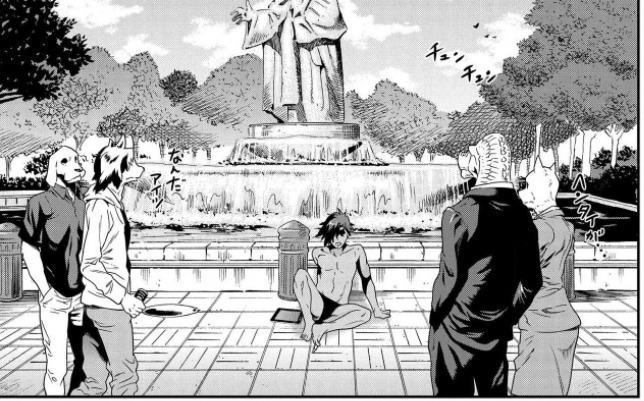 The only things he has are an underwear that he is wearing and his laptop.
Although he has been making fun of people who work hard…… 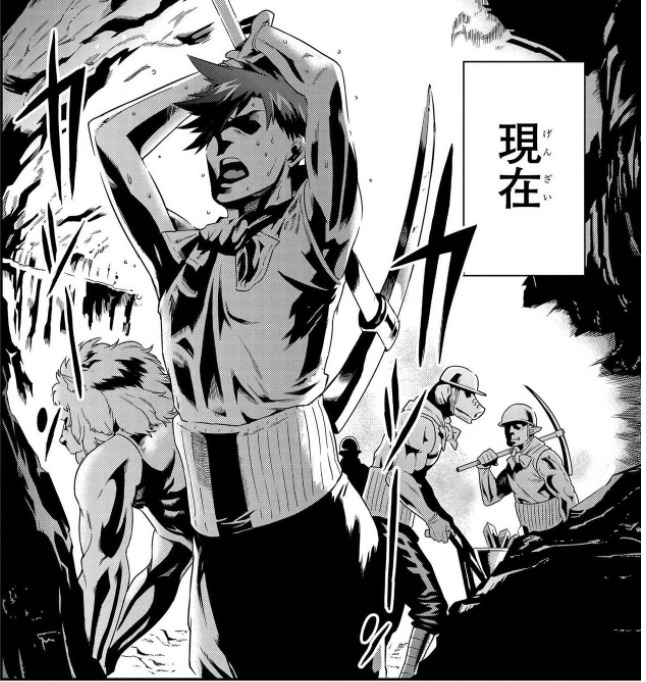 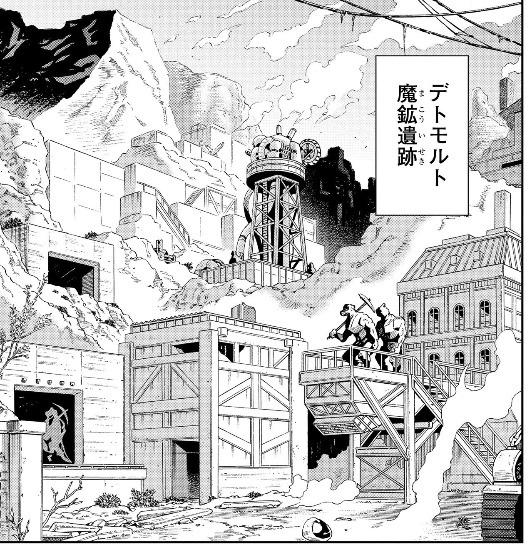 He ends up working so hard four months later.
He is enslaved by a famous mine, known for the old dungeon. The mineral ores from the mine have mysterious power and can fetch a good price. 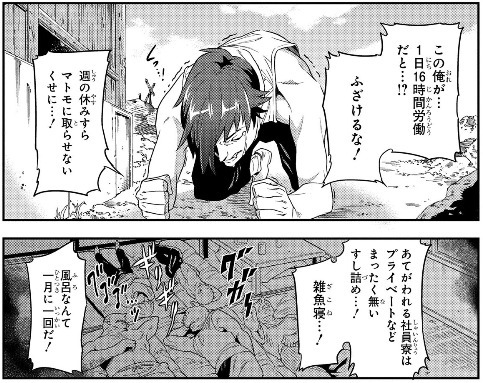 Kinji had no choice as to where he wanted to work since that world had no social class.
There, he works 16 hours a day, takes a bath once a month, lives in such a crowded company’s dorm, and can barely take any days off. Kinji, who has been smart living in such an easy way, finally feels a limit to have such a hard-working life. And…… 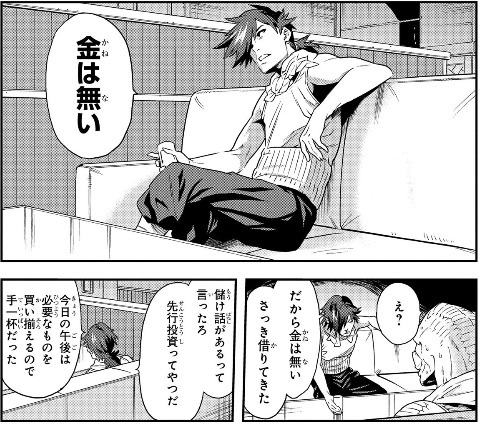 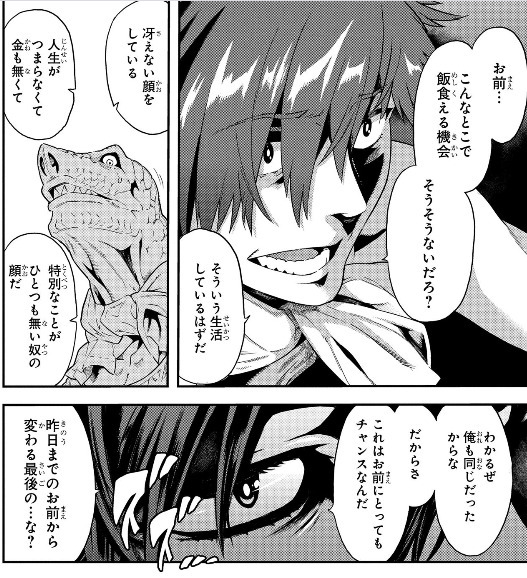 Kinji moves on.
He appproaches Wanibe, who is one of his colleagues.
“Let’s go on to a ‘business trip’!” 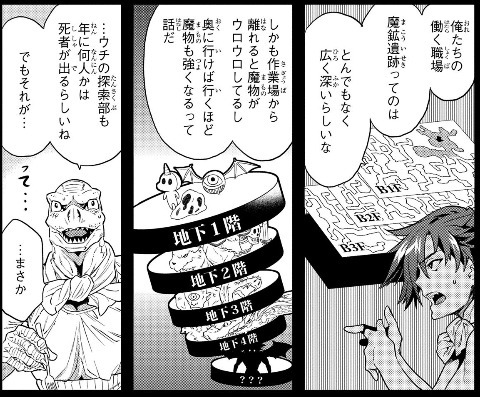 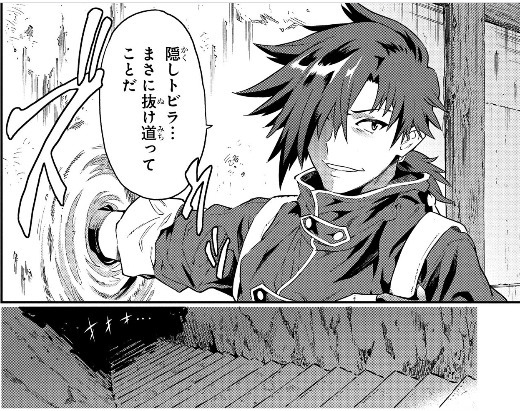 The ‘business trip’ by him means that they explore the mine, which is known for an old dungeon, as far as they can go.
While they can find the rare ores deep in the mines, quite many powerful monsters also live there. Therefore, almost nobody has ever come back alive, even though so many people had gone on the ‘business trip.’
Wanibe, who was approached by Kinji, hesitated to go at first too, however…… Kinji was already preparing for going there, by looking for the shortcut way or getting the protective suits and the sacred water, which can avoid the monsters, ready, while he was working. 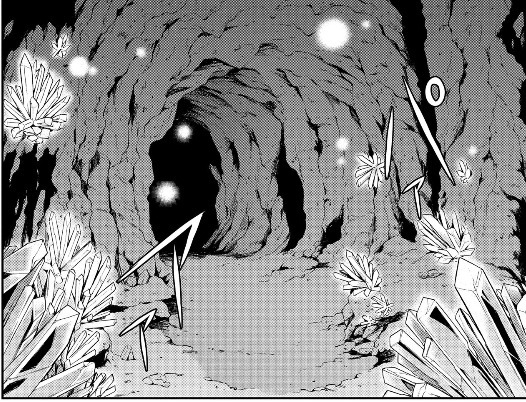 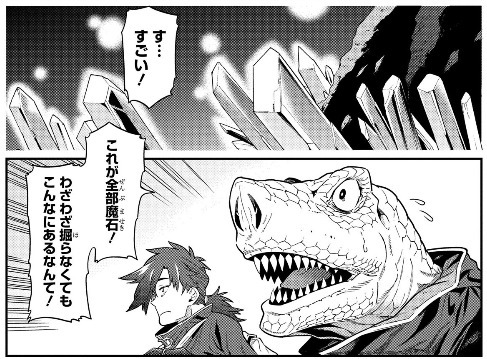 The shortcut way, which Kenji found, was actually full of uncovered ores, which nobody would have found out unless they actually mined. Yes, they literally made a fortune at a single stroke. While these two were mining, being caustious about surroundings…… 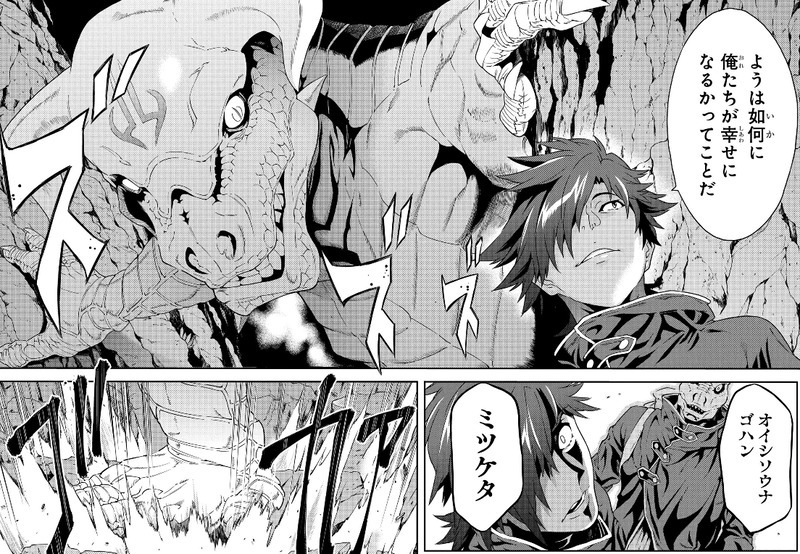 A huge monster slowly showed up……!!

Alright now! This is all for today! We’ll see you all at the next article!
Bye-bye~!
The Dungeon of Black Company (Meikyuu Black Company)