Hello everybody! Speaking of CLAMP’s Series…… A great number series have released! And most of them have already been animated! That’s what I associate them with. I’m Manga Republic’s Boss.

Hello everybody! Speaking of CLAMP’s Series! Congrats! 30th Anniversary! Don’t you think 30 years are incredible~? I admire these authors who keep focusing on one thing as well as keep illustrating manga series. It’s Saori from Manga Republic! 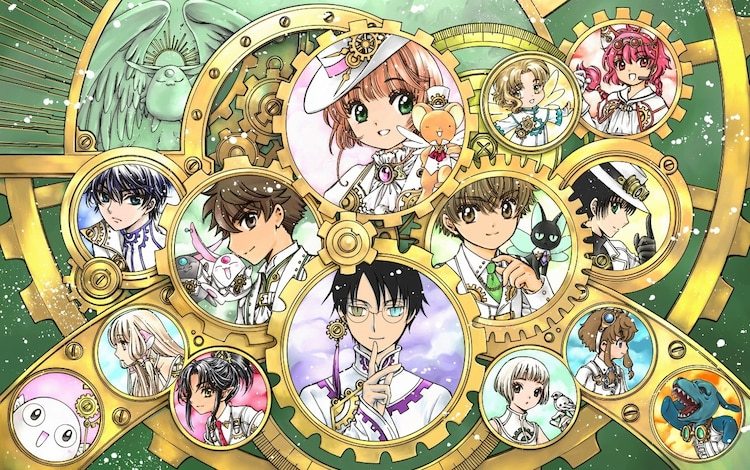 Yep! This manga artist group is now celebrating its 30th Anniversary, CLAMP…… they are such great manga artists who have produced so many masterpieces! And one of them is now schedule to set an anime series too……! 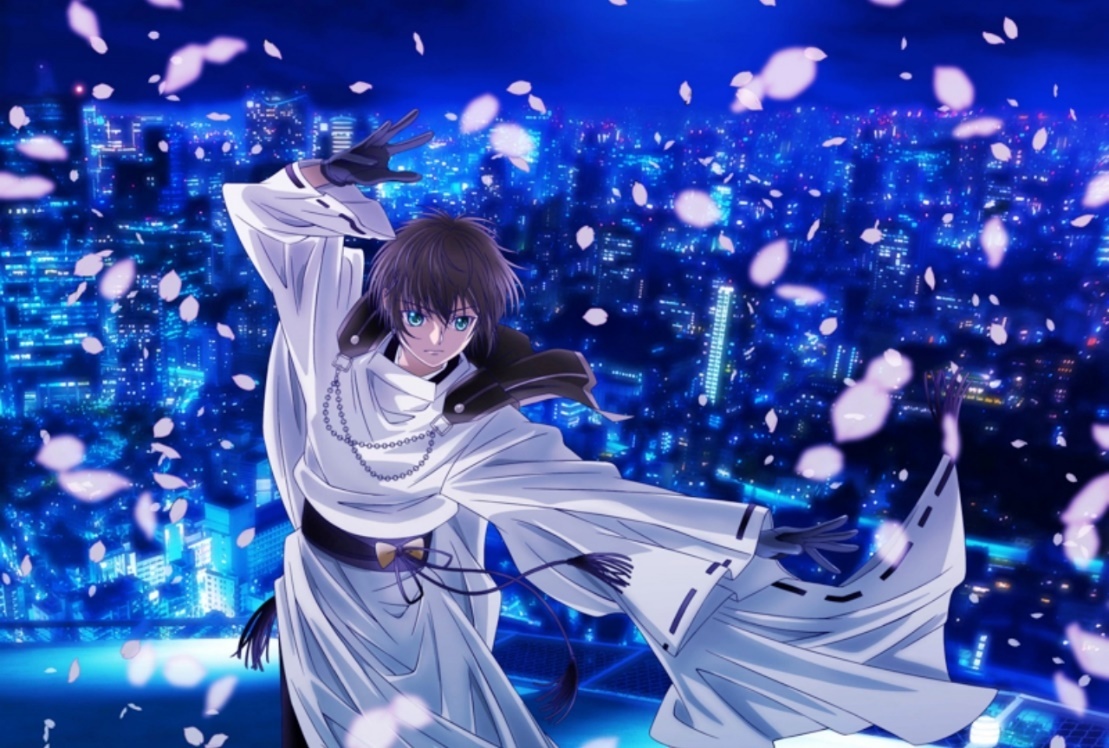 If I have to pick one from the CLAMP’s series, I would pick Cardcaptor Sakura~. It’s a fantasy but they can use magic in the modern world. I like it because nobody hurts or feels sad so I can watch it with a heartwarming feeling.
Cardcaptor Sakura 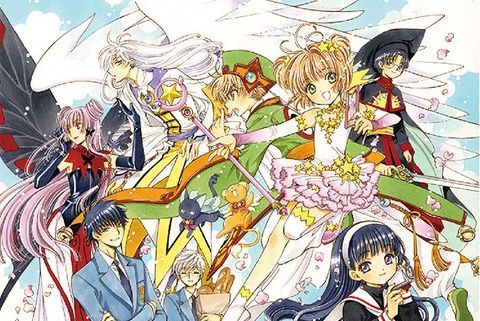 Me…… I would pick xxxHOLiC which has a great balance between mystery and horror! It’s a mysterious but scary story~! I love this kind of mysterious series!
xxxHOLiC 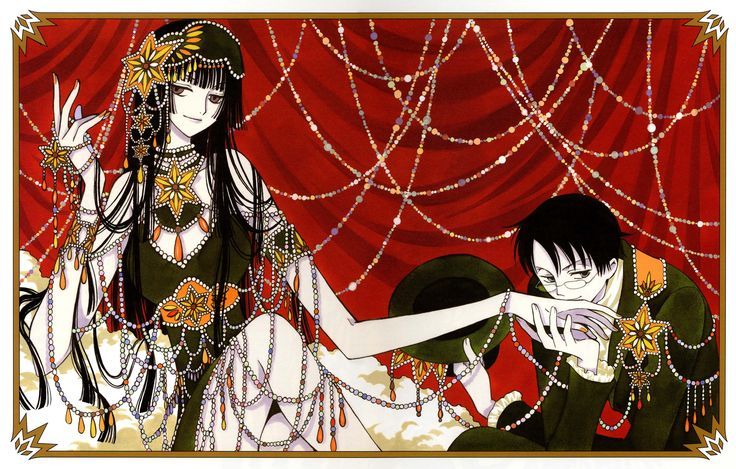 Already! Then what kind of series is Tokyo Babylon which we’ll be featuring?

What Is Tokyo Babylon? 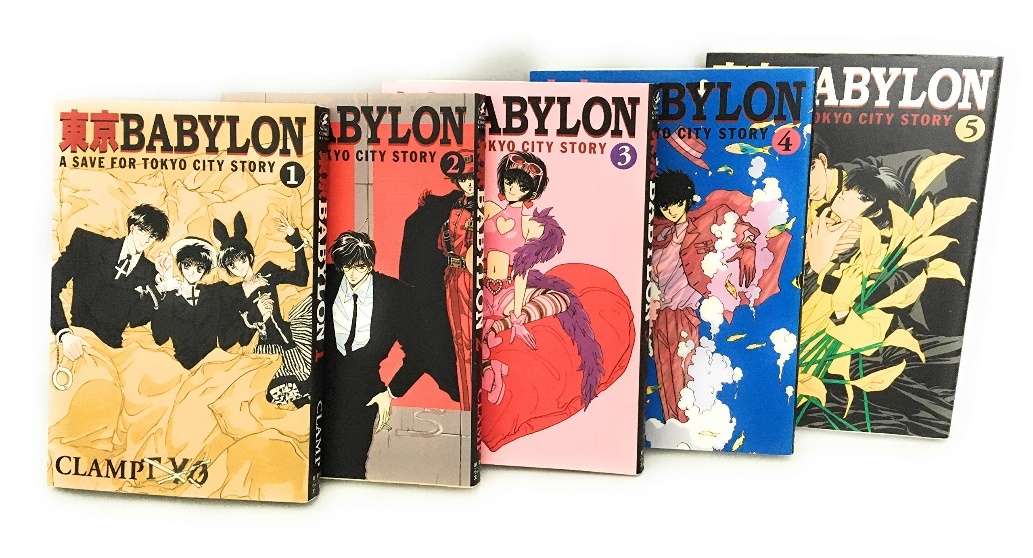 It’s a Japanese manga series, serialized from 1990 to 1993. It was also followed in Clamp’s next work, “X”. It’s been concluded. It has released OVA adaptation twice and a live-action-drama adaptation before. A full anime television series adaptation has been announced as well.

What kind of story is Tokyo Babylon?

Simply put, it’s a story about a boy who is a very powerful magician (onmyouji), solving various occult mysteries in Tokyo. However, all the mysteries seem to have been caused by the issues which occur in the modern world, such as bullies, religions, or caring the elderly…… 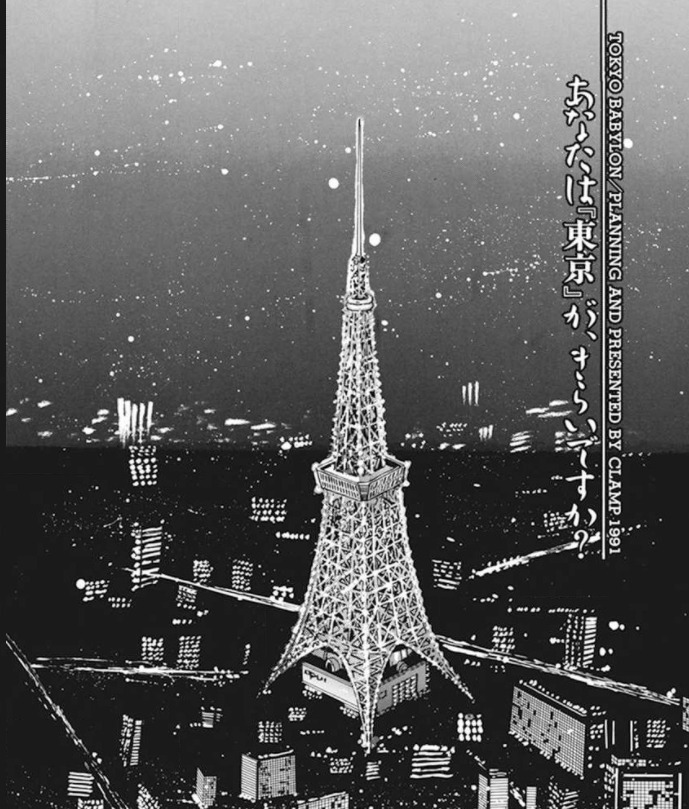 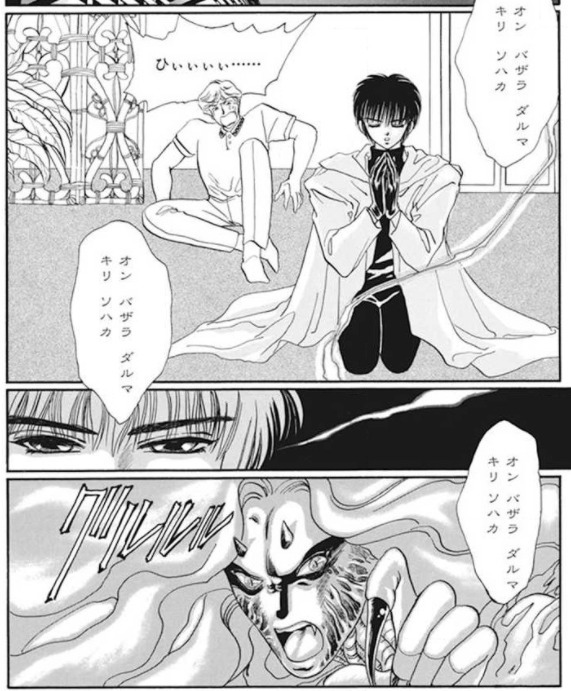 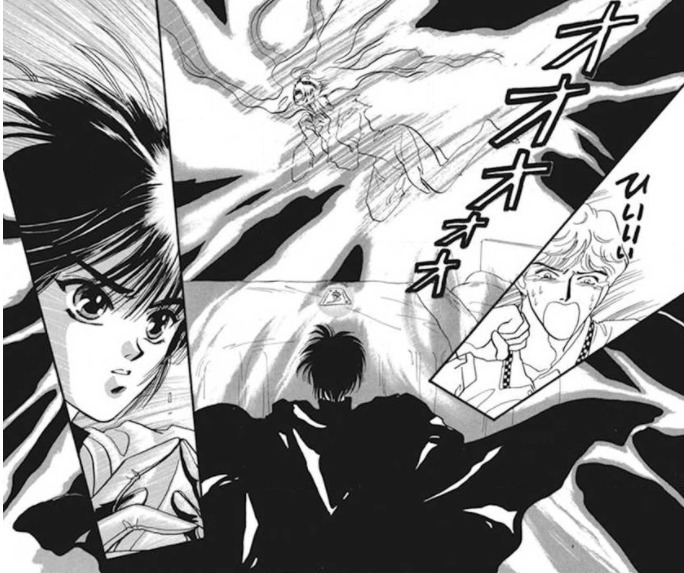 The story is set in Tokyo.
An onmyouji boy, Sumeragi Subaru, is exorcising the ghosts as usual.
The client has been annoyed by a female ghost which shows up midnight, however…… thanks to Subaru, the problem is solved with the ghost, ending up resting in peace. 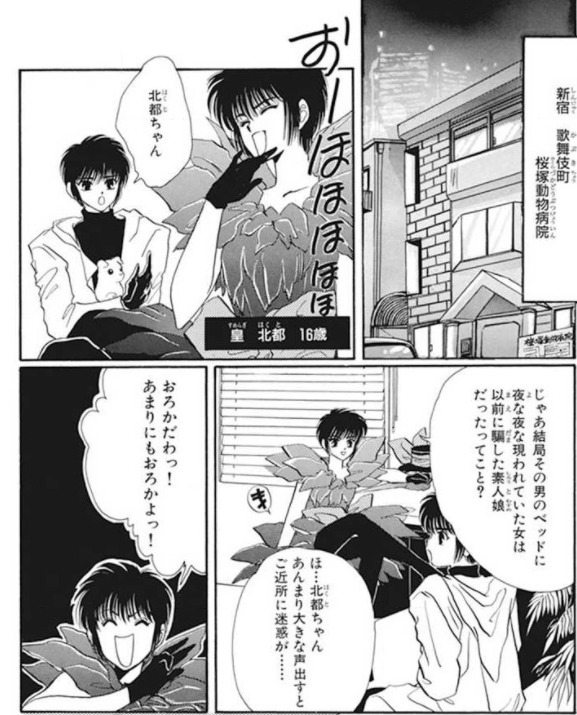 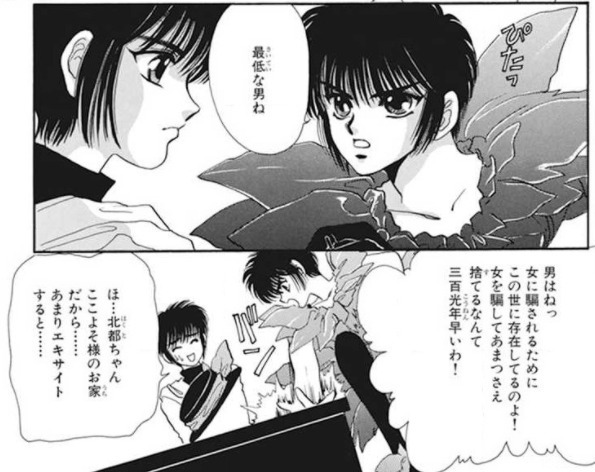 However, Subaru’s twin sister, Hokuto, criticises the client, saying that’s “his fault.”
They find out that the female ghost was deceived by that client and ended up committing a suicide. Hokuto says such a man is deserved to be cursed. 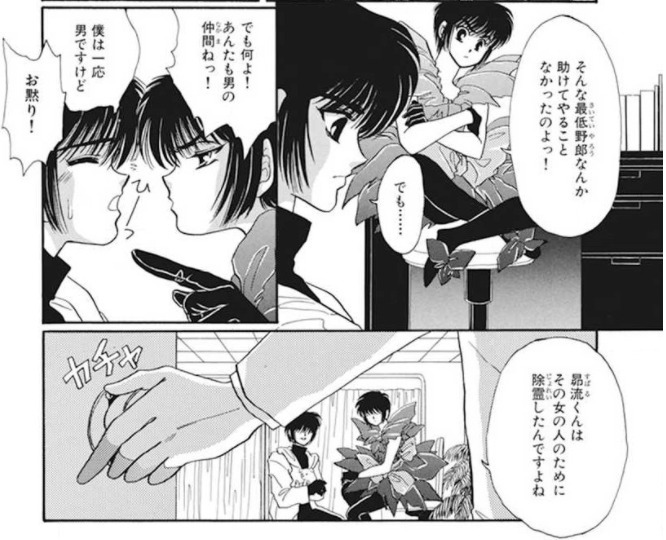 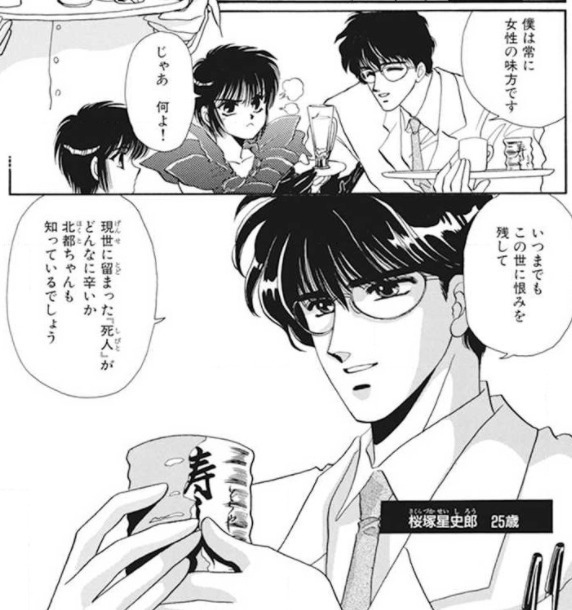 Hokuto even complains that Subaru is also “terrible.”
However, Sakurazuka Seishirou, who shows up there, insists that Subaru didn’t save the guy (the client) but the female (the ghost), who would have been struggled even after she died.
These three are all from the foremost family of onmyouji and understand such occult things. 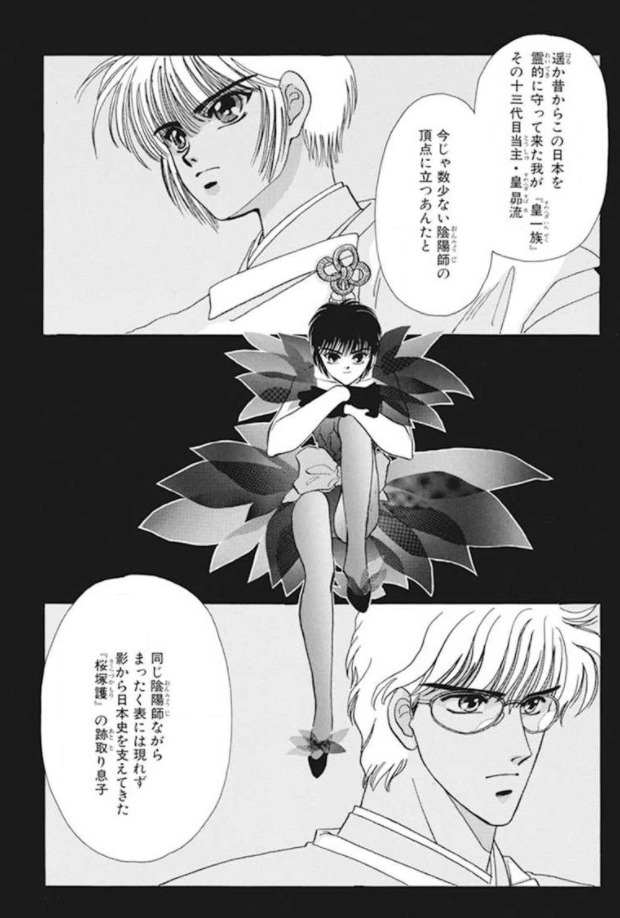 Especially, Subaru and Seishirou, are both excellent onmyouji in those families.
Subaru is the head of the foremost family on onmyouji in Japan, which has served the Emperor for centuries. Seishirou hasn’t stood out in histories much, however, he is the successor of the family, who have solved the incidents by murdering or the onmyouji’s power. 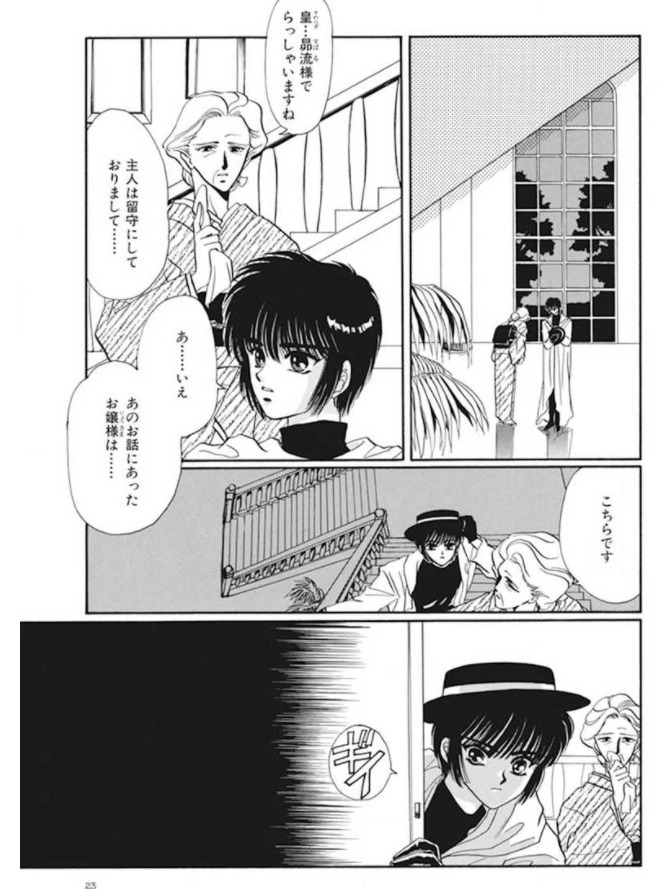 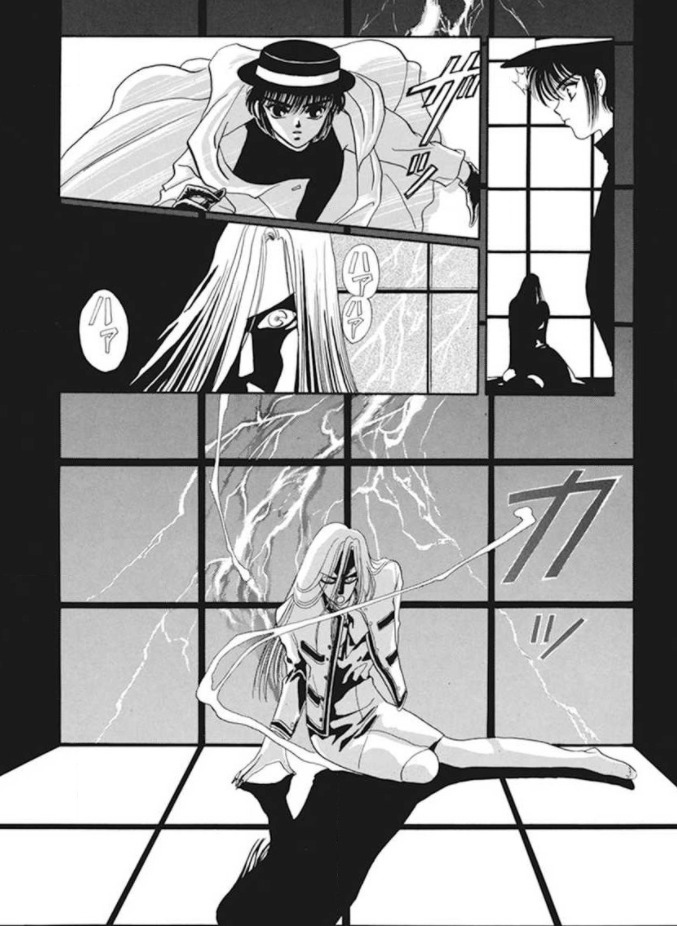 After they talk, Subaru goes out to work for another client.
The client, the parents, say that they have been struggled with their daughter’s mysterious action, where she behaves violently all of a sudden. Since the daughter started to work in a company, she has changed as if she was obssessed by something and turned into another person…… What on earth has happened to her? Is Subaru able to solve this case?

Mmm…… While Subaru-Kun is solving the incidents as an onmyouji, we can also see all the cases which might cause big problems in the modern society, and seriously think about them, huh?

Right. Seishirou-San said ‘The scariest thing ‘has been’ the humans’ at the end of the story, which was very impressive. Especially, Tokyo is where people gather, which means more problems tend to occur, huh? 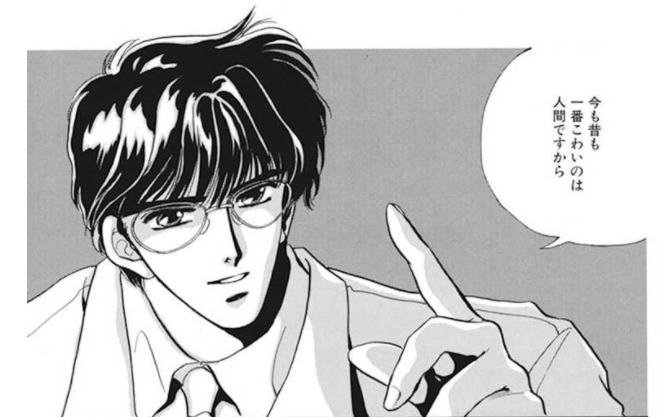 Since the atmosphere is depicted as the one in 1990s, when it was announced, which is one of the best part of this series! How will it change after 30 years? It might not change at all but it’s always fun to compare the original manga with its animated series!
Manga Set
Tokyo Babylon
▸
Tokyo Babylon
▸

All right! This is all for today! We’ll see you all at the next article!
Bye-bye~!
Tokyo Babylon