Hello everybody! Here’s a question for you! Have you heard of one of the Japanese instruments called Tsugaru-jamisen before? It’s Saori from Manga Republic! 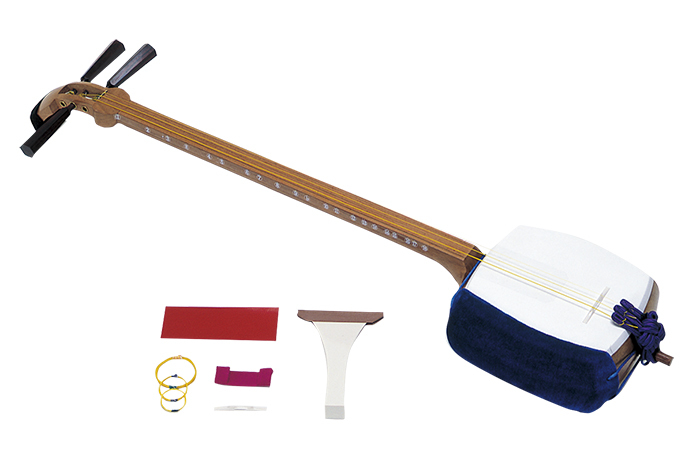 Hello everybody, I’m Manga Republic’s Boss.
Speaking of the Tsugaru-jamisen, I’ve heard that it originated from one of the cities in Aomori Prefecture, Tsugaru. I bet those who live overseas have heard of it at least once~. I should say it’s one of the major instruments when they play Japanese-style music. 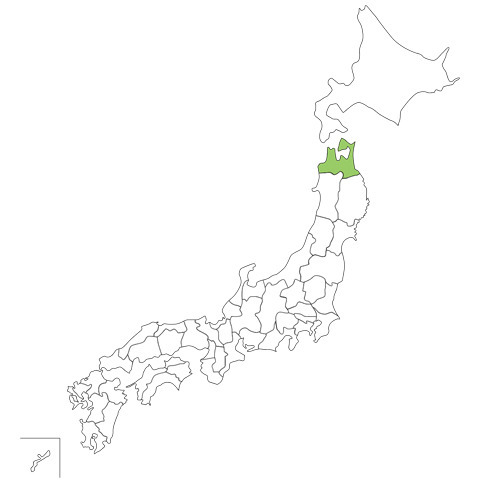 Yep! There’s nobody in Japan who doesn’t know it! But you know what? We rarely see manga or anime whose theme is the Tsugaru jamisen…… BUT! There will be such an anime series coming up in Spring 2021!

【Spring 2021 Anime】
The Theme Is Tsugaru Jamisen!
Looking for His Own “Sound”!
Mashiro no Oto Is Now Animated! 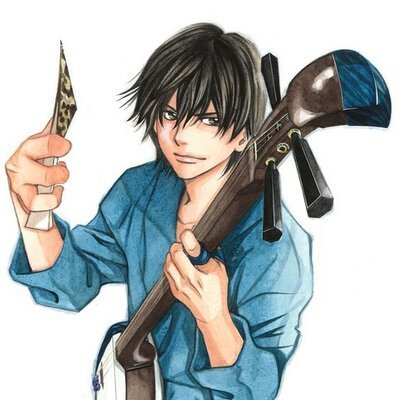 What Is Mashiro no Oto? 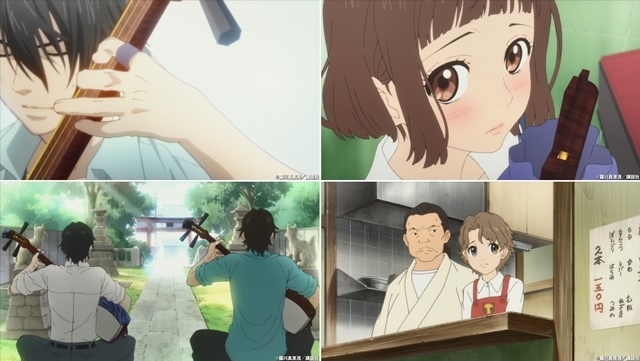 It’s a Japanese manga series, written and illustrated by Ragawa-Marimo-Sensei.
It was issued as one-shot version series in Monthly Shonen Magazine in 2010, and started to be serialized in the same magazine since then. It has been collected in twenty-six tankobon volumes. It also has received various Manga Awards. Now over four million copies, including the electric version, have been issued.

Well…… It looks like it’s been serialized for such a long time, huh? It’s been highly rated, receiving various Manga Awards too!

The element, where the music instruments are performed, makes the story fantastic, especially if it’s animated! Well, what kind of story is it? Let’s check it out!

Outline of Mashiro no Oto! 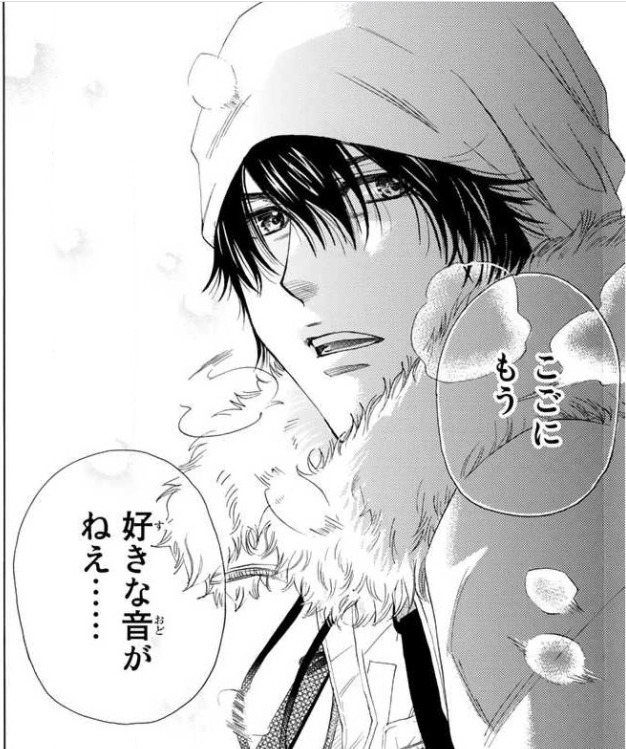 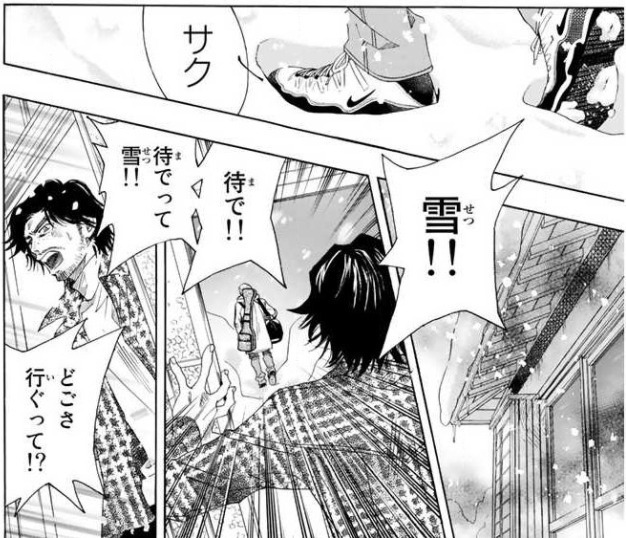 The main protagonist, Sawamura Setsu’s grandfather recently passed away.
His grandfather was one of the greatest shamisen players and Setsu grew up learning to play shamisen from him. Above all, he was extremely shocked at his loss that it influenced on Setsu’s live.
There is no longer “sound that I like” in Aomori Prefecture, where he grew up. Setsu left home, wandering about, ending up being in Tokyo. 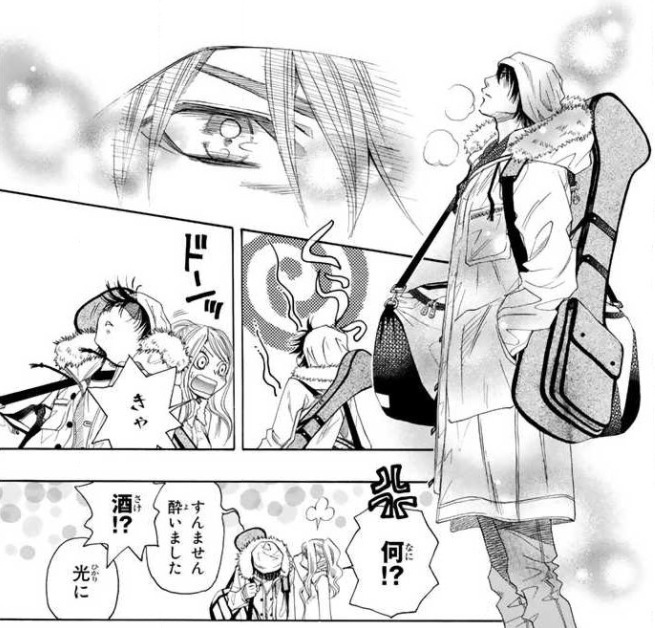 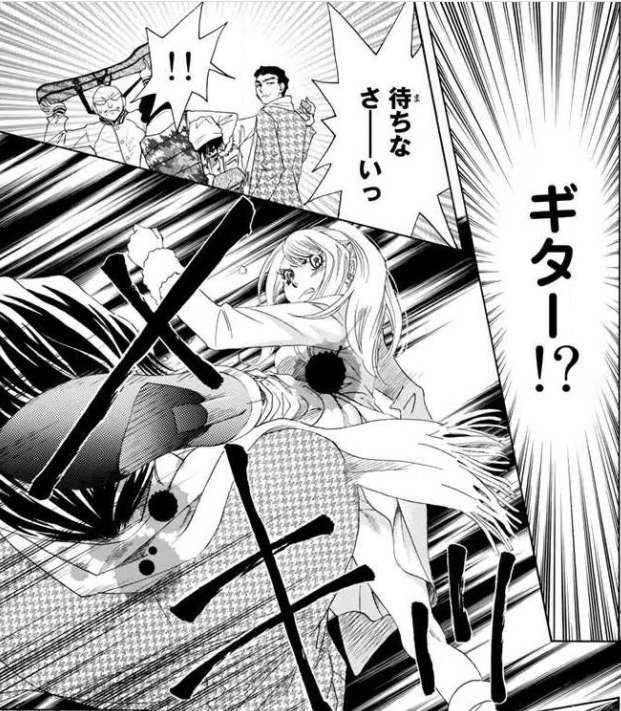 Setsu, who has arrived at Tokyo, was stunned at such a brilliant city, which was not familiar to him at all.
Then the delinquent purposely bumps into Setus, trying to take his money and shamisen. 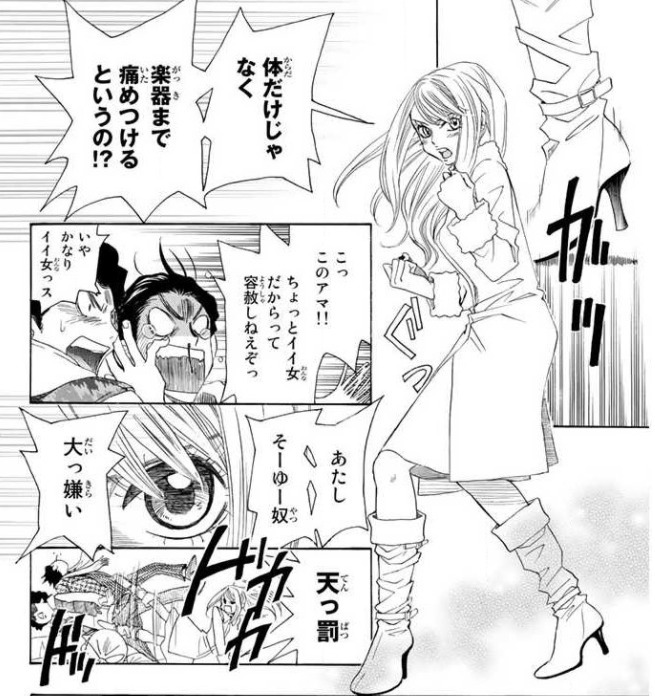 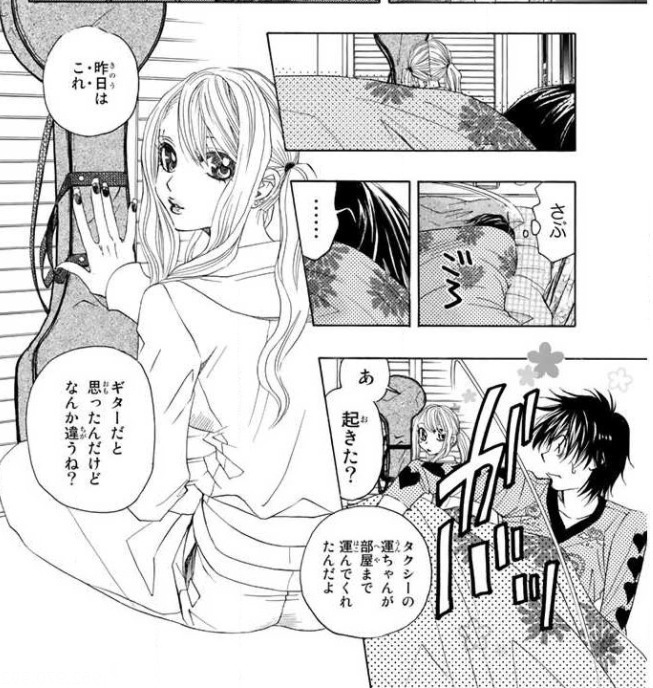 It was a lady named Tachiki Yuna, who saved Setsu from being robbed.
Yuna saves Setsu who has just come to Tokyo and is not familiar with Tokyo at all.
Yuna listens to Setsu’s current situation, where he didn’t run away from home and told his family that he would come to Tokyo. And Setsu also tells her that “his mind is empty and he’s nobody else.” Hearing what he says, Yuna tells him that he can stay in her house. 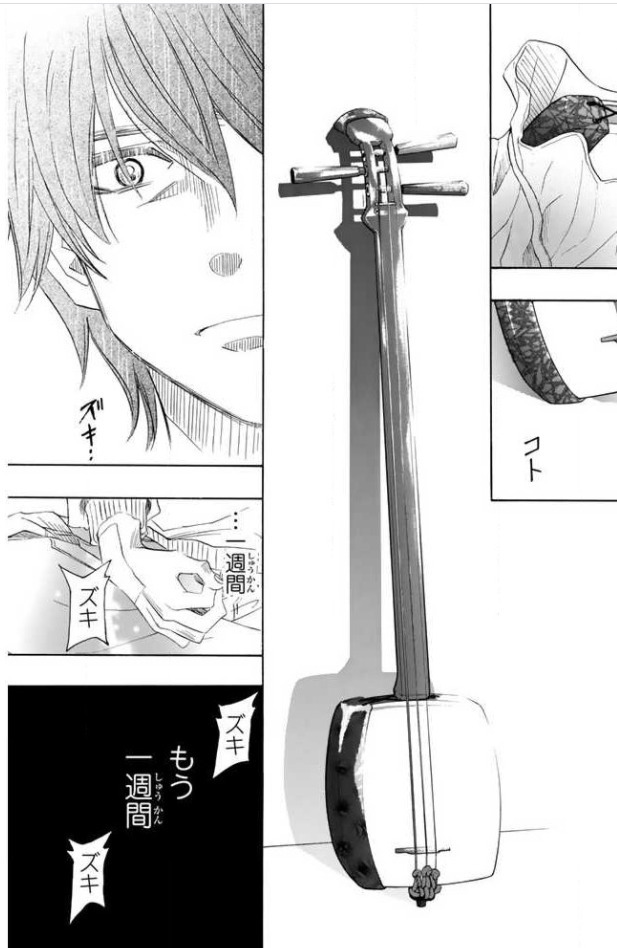 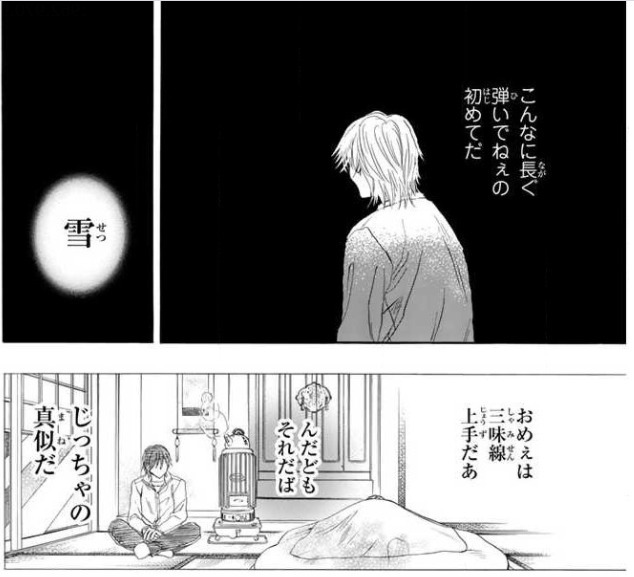 Since that day, Setsu spends his first week at her house, without playing the shamisen.
It was his first time that he hasn’t played it for such a long time. Another reason is that his wrist hurts, but above all, he doesn’t really feel like playing it. He tries to think why and recall…… His “sound” died. His grandfather, also his shamisen’s master, would often point out that Setsu’s “sound” was not his but he just imitated his sound. 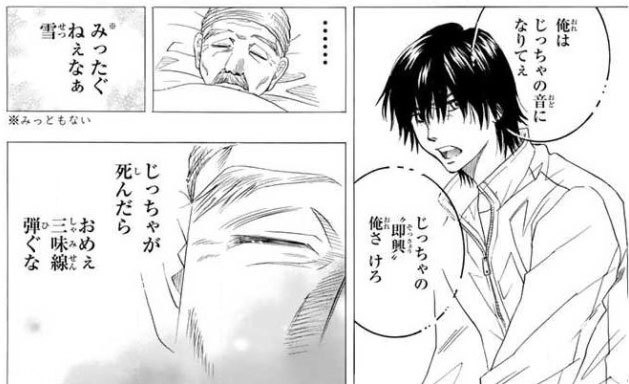 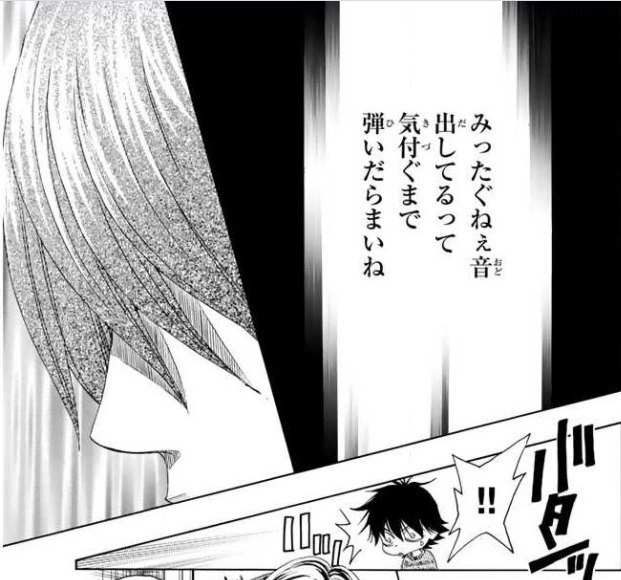 Then Setsu would tell his grandfather that he wanted to perform it with his grandfather’s sound. However, his grandfther said, “It’s embarrasing.”
His grandfather, then, told him that Setsu shouldn’t play the shamisen if he died until Setsu realized that “he is making an embarrasing sound.” 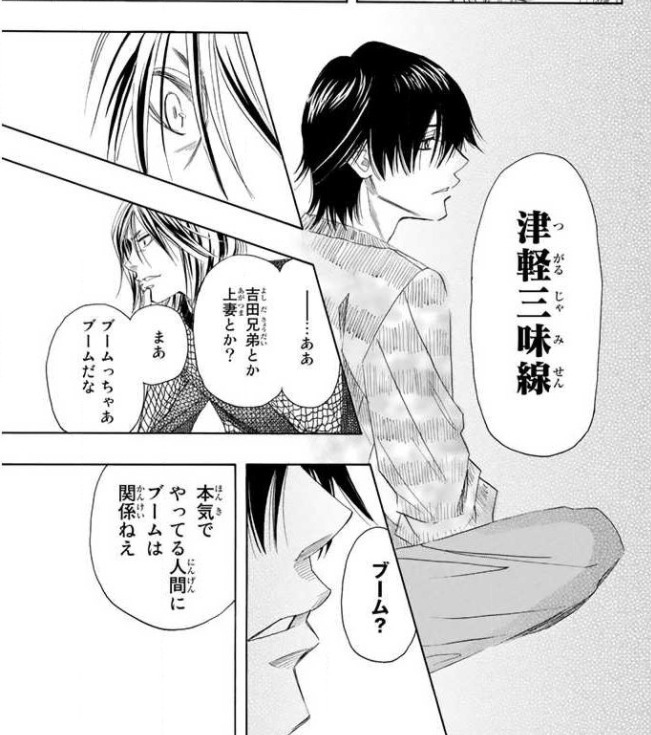 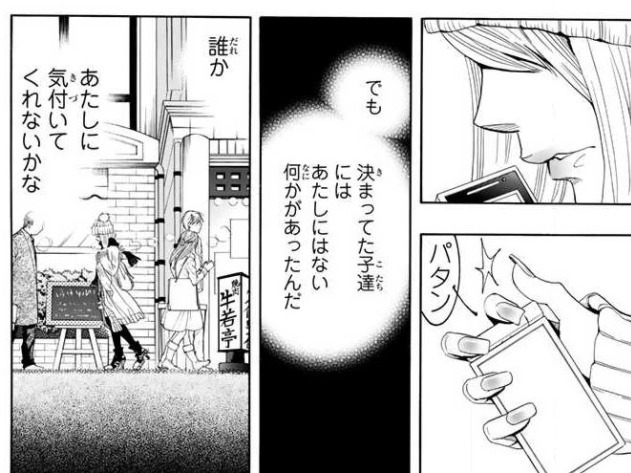 While living in the city, Setsu gradually realizes that he doesn’t feel like playing it because he doesn’t have the urge to do anything or…… he isn’t really honest with himself.
By interacting with others, Setsu now feels like playing it although he has never felt that way for a while. He now wants to take out his emotion, which he can’t express, on the shamisen. He now wants to just play it……!
Setsu heads for the riverside with his shamisen with him.
And now, there is no longer his grandfather’s figure n his mind, which has been in his mind for a long time. 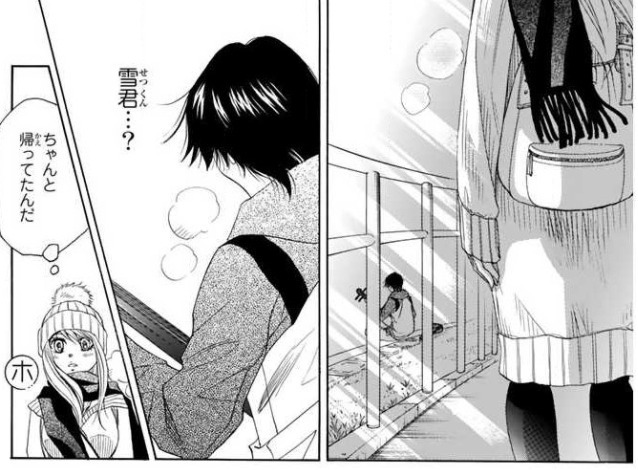 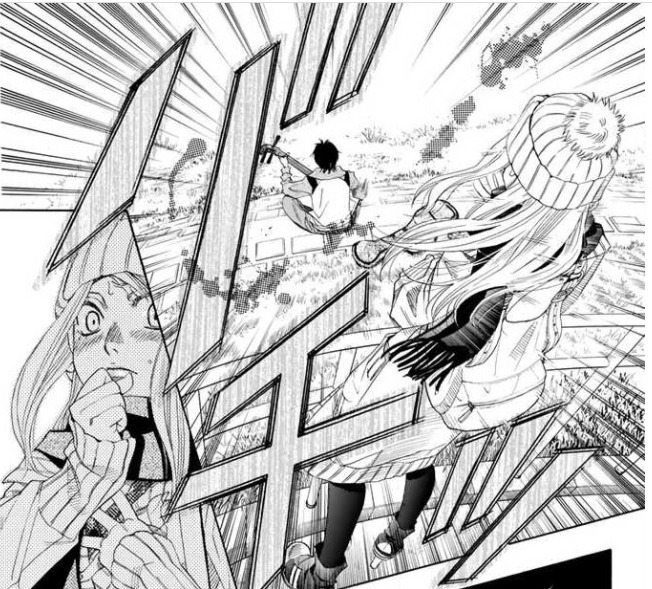 Setsu just plays it, following his heart.
His performance makes many passers-by stop walking and shakes their hearts. Although Setsu hasn’t been able to realize it, his sound is surely encouraging Yuna, who is struggling with her dream. 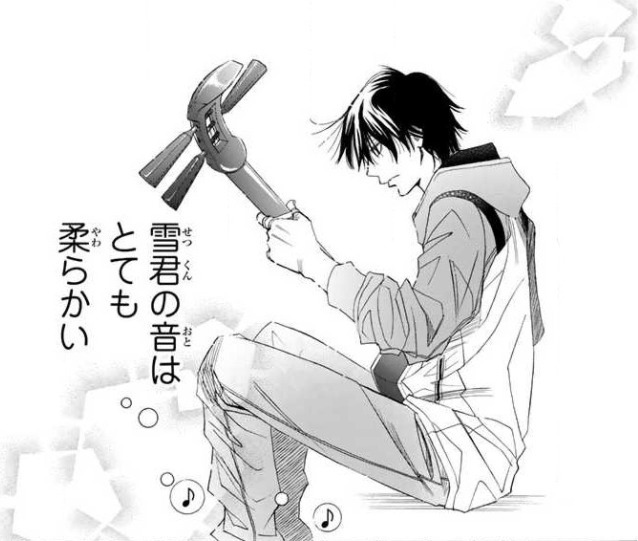 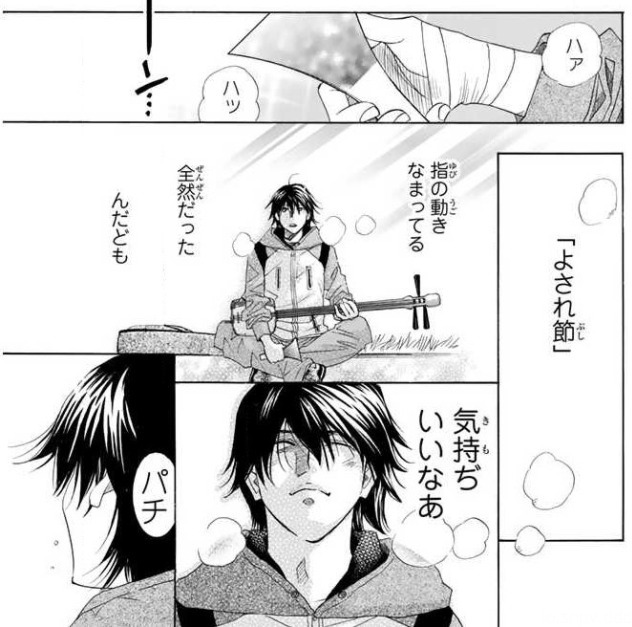 It looks like it’s the story, where how Setsu-Kun grows up, huh? I really look forward to how he performs as well as its human drama.

Alright now! This is all for today! We’ll see you all at the next article!
Bye-bye~!
Mashiro no Oto